The weekend-long event was billed as a ‘back to basics’ car show – Andy says he’s trying to avoid the higher-end, MotorEx kind of vibe – attracting more of the type of cars that can be, and are, driven. “Not everyone can afford an elite-level car,” he reasons. “We’ve already got entrants booking in for the 2017 show.” 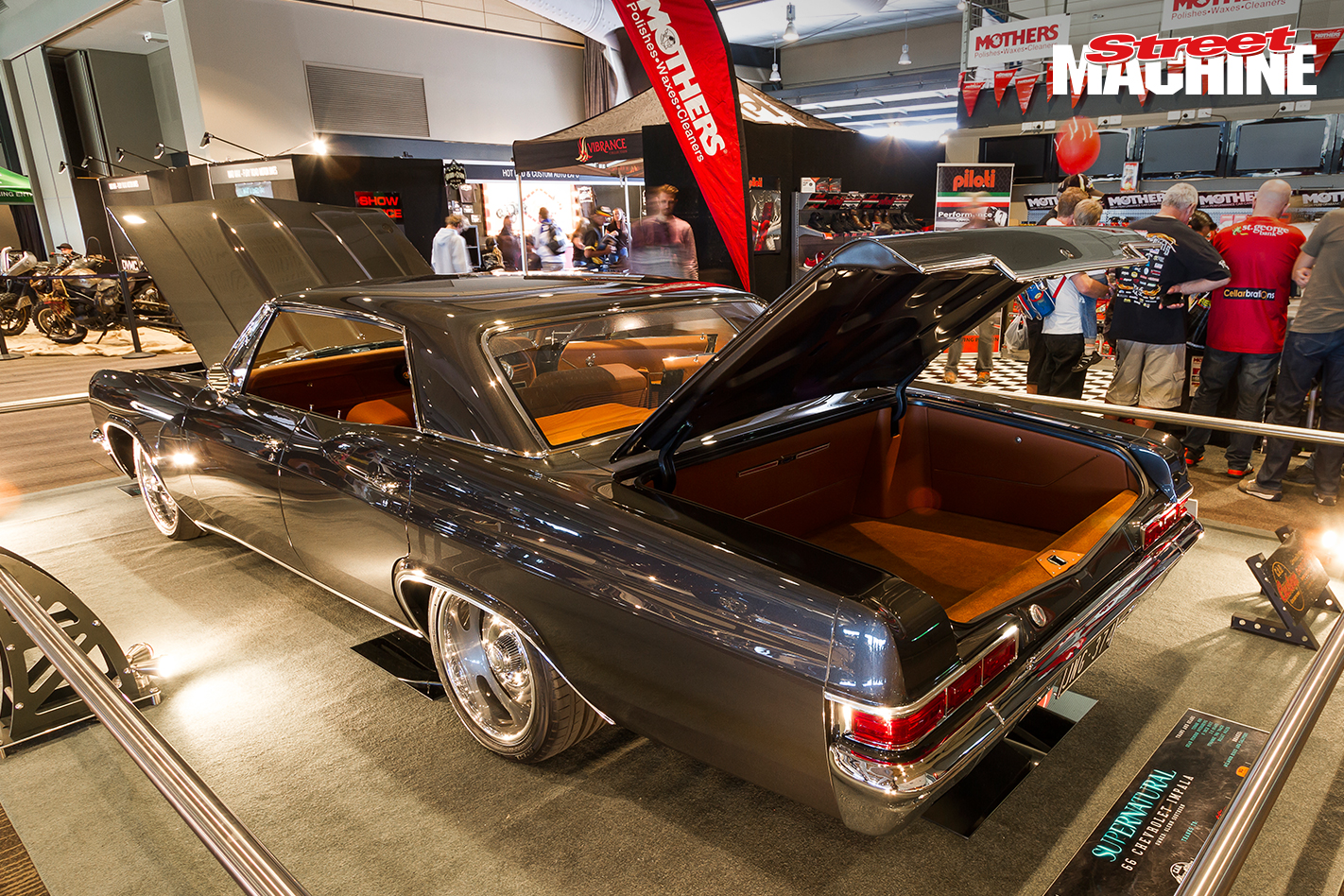 This year’s show boasted celebrity guests, including Chip Foose, who spent the weekend giving demonstrations at the 3M stand, offering signing sessions and picking the five vehicles he’d most like to jump in and drive away. 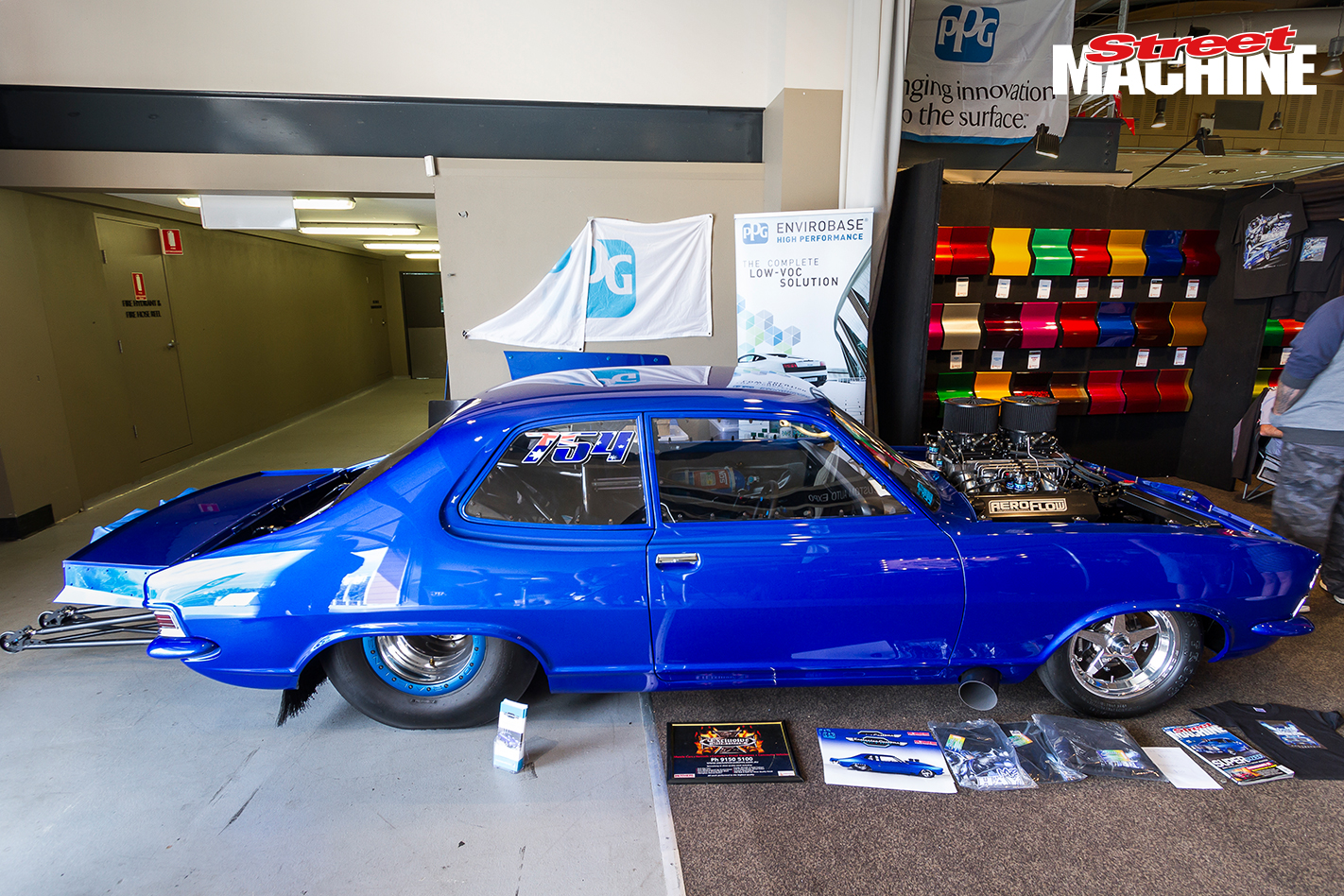 “Chip commented on the wide variety of vehicles that were on display, compared to what he’d normally see at most shows in the USA,” Andy says. “He was also impressed with the number of younger hot rod owners and builders, who he stressed were the future of the scene. 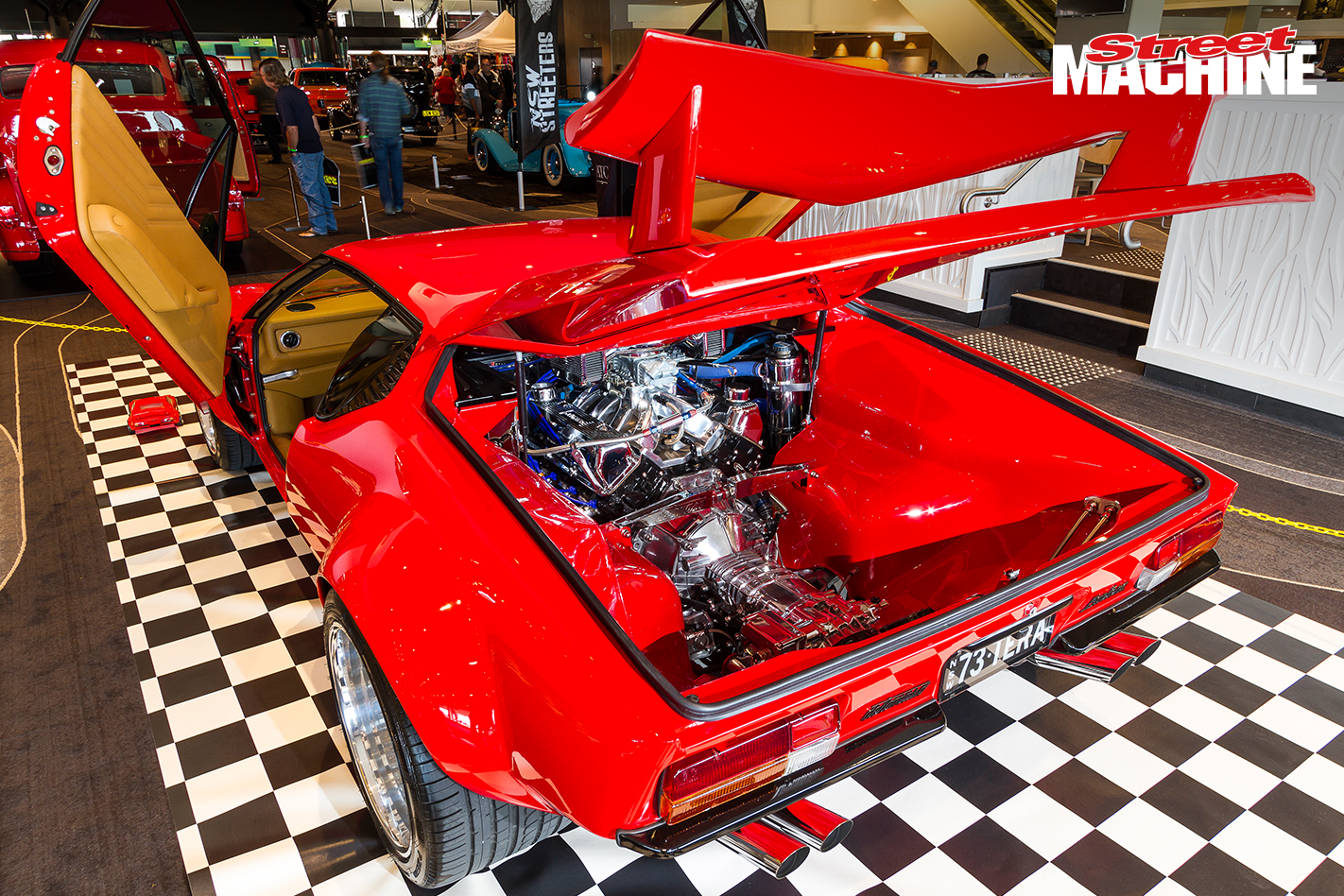 “One thing that interested him was the fact that Aussie rods and customs seem to pack so much power, whereas US show cars generally have mild engine combos.”

The event took place over a mammoth 20,000m2, boasting some 37 traders and a market hall complete with all the rockabilly, retro, and hot rod gear you could hope for. If you didn’t go this year, you’d better make sure you’ve got mid-May 2017 marked in your calendars – on the strength of this year’s Hot Rod & Custom Auto Expo, you’re going to miss one hell of a show if you don’t. 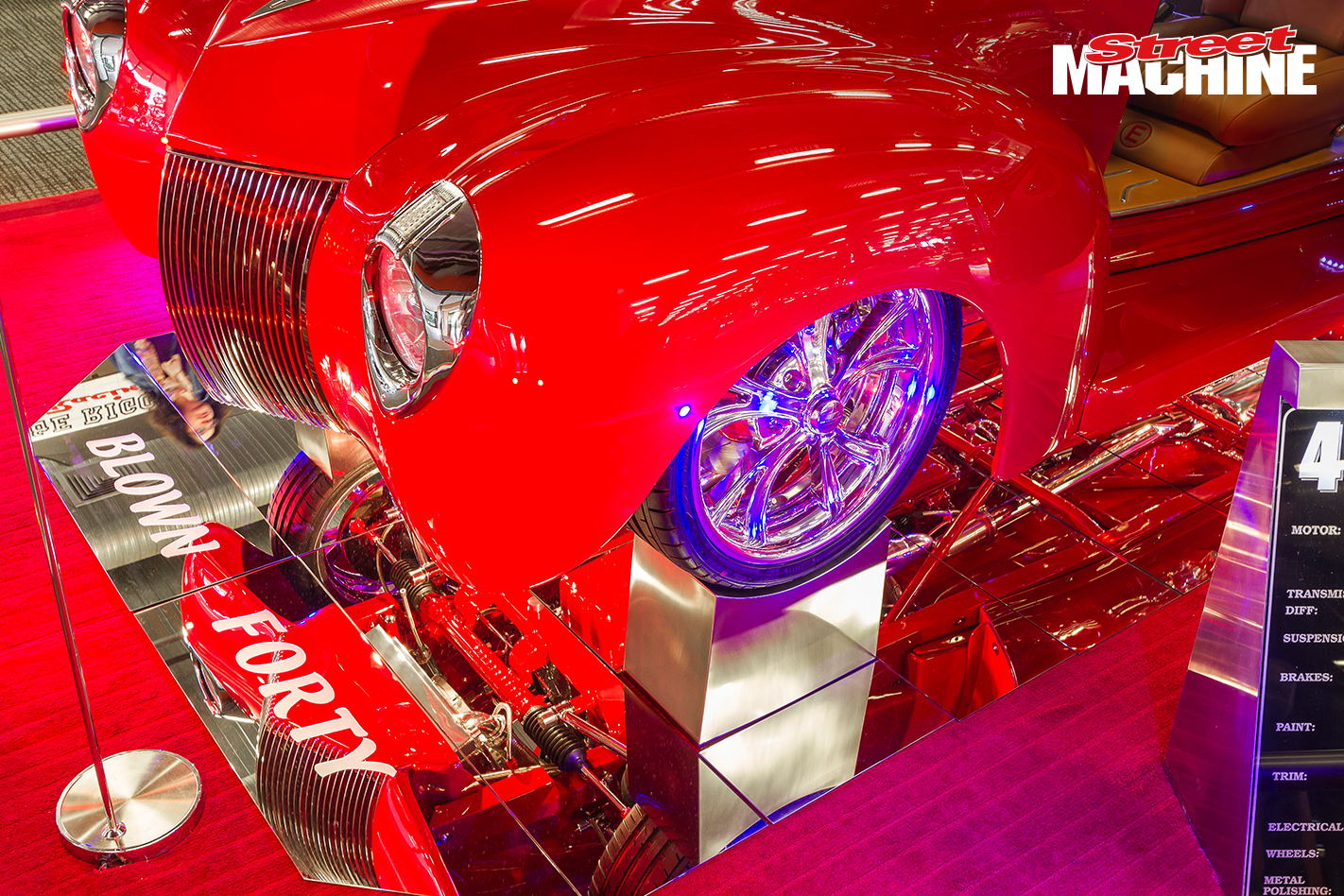 One of the stand-outs over the weekend was Graeme John Urquhart’s blazing red 1940 Ford cabriolet, taking out Top Street Rod, Top Trim, Best Displayed Car and Top Roadster with its combination of supercharged 5.4L injected Ford V8 and supreme detail 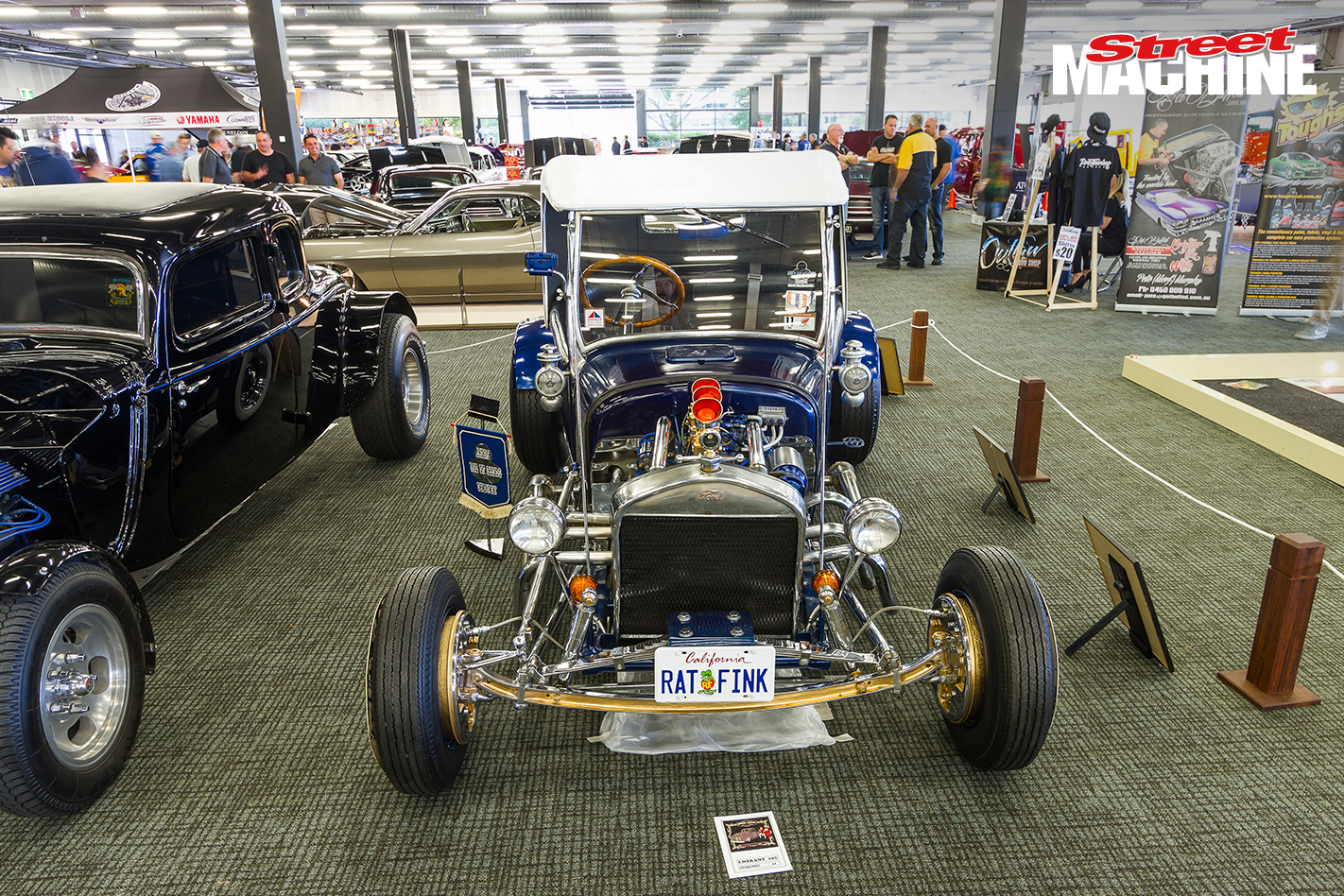 Glenn Holmes’s ’27 Model T was a step back in time, looking just as fresh now as it did when it graced the covers of magazines like Australian Hot Rod back in the early 1960s 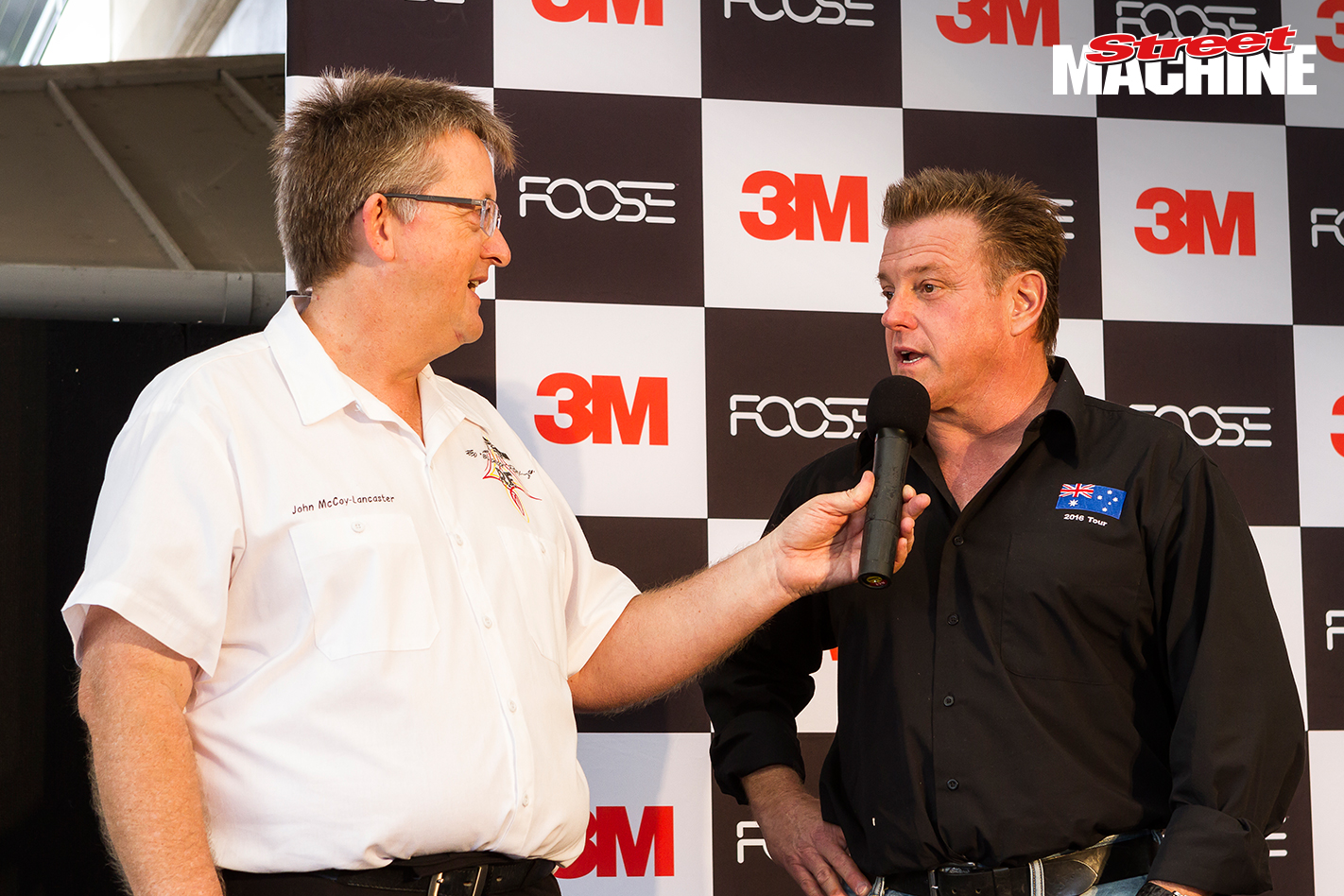 Chip Foose was clearly a popular attraction, with the line for his signing session stretching down and around the corner 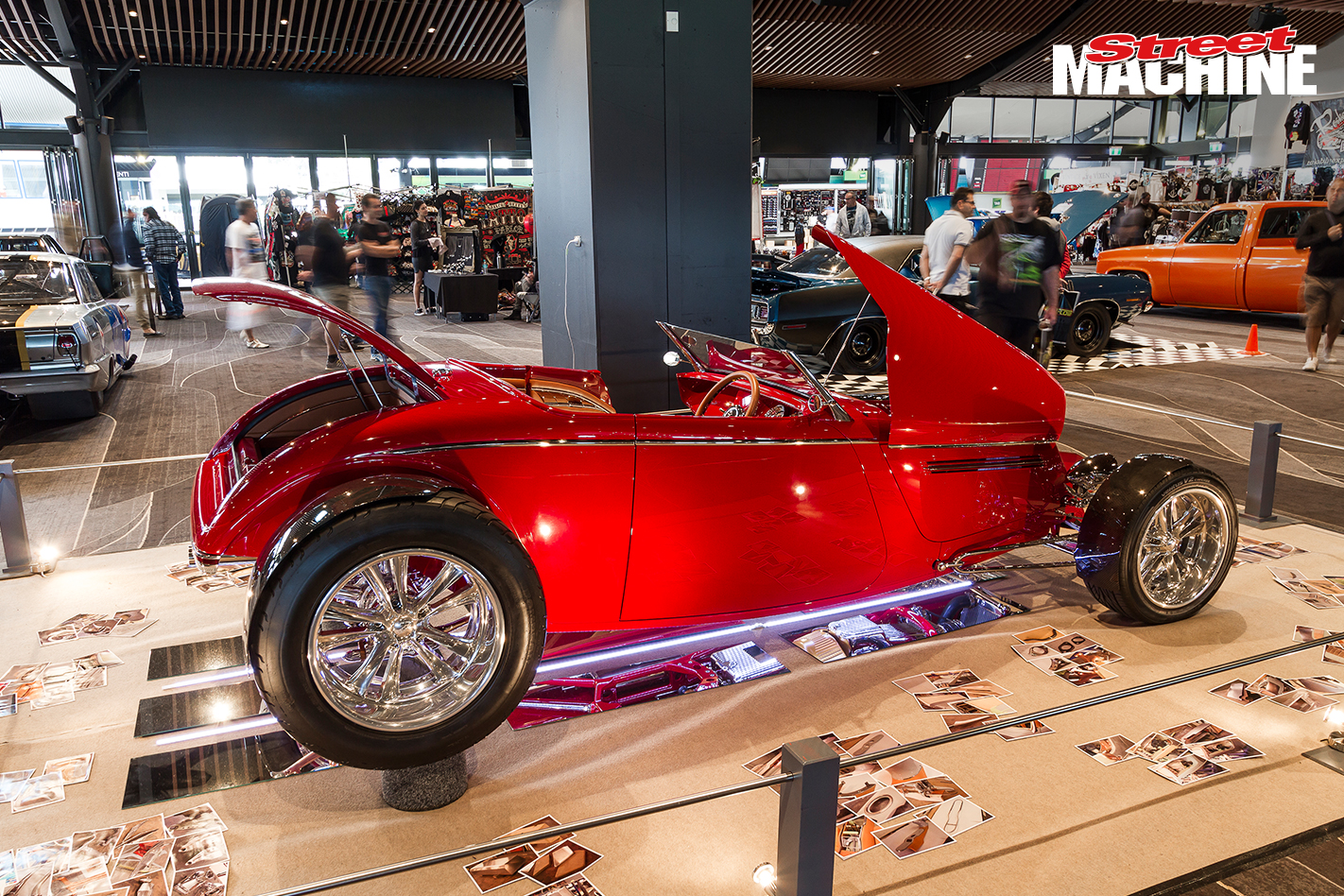 Another big winner was Mike Renfrey’s 1933-inspired roadster (SM Hot Rod #16). Featuring an all-steel body, the bulk of the work on the car was performed by Mike himself, and features a 350ci SBC, T700 and Jag IRS. For his trouble, Mike won the Kevin Daley Memorial Trophy, Top Standard Paint and the honour of being one of Chip Foose’s five Top Picks 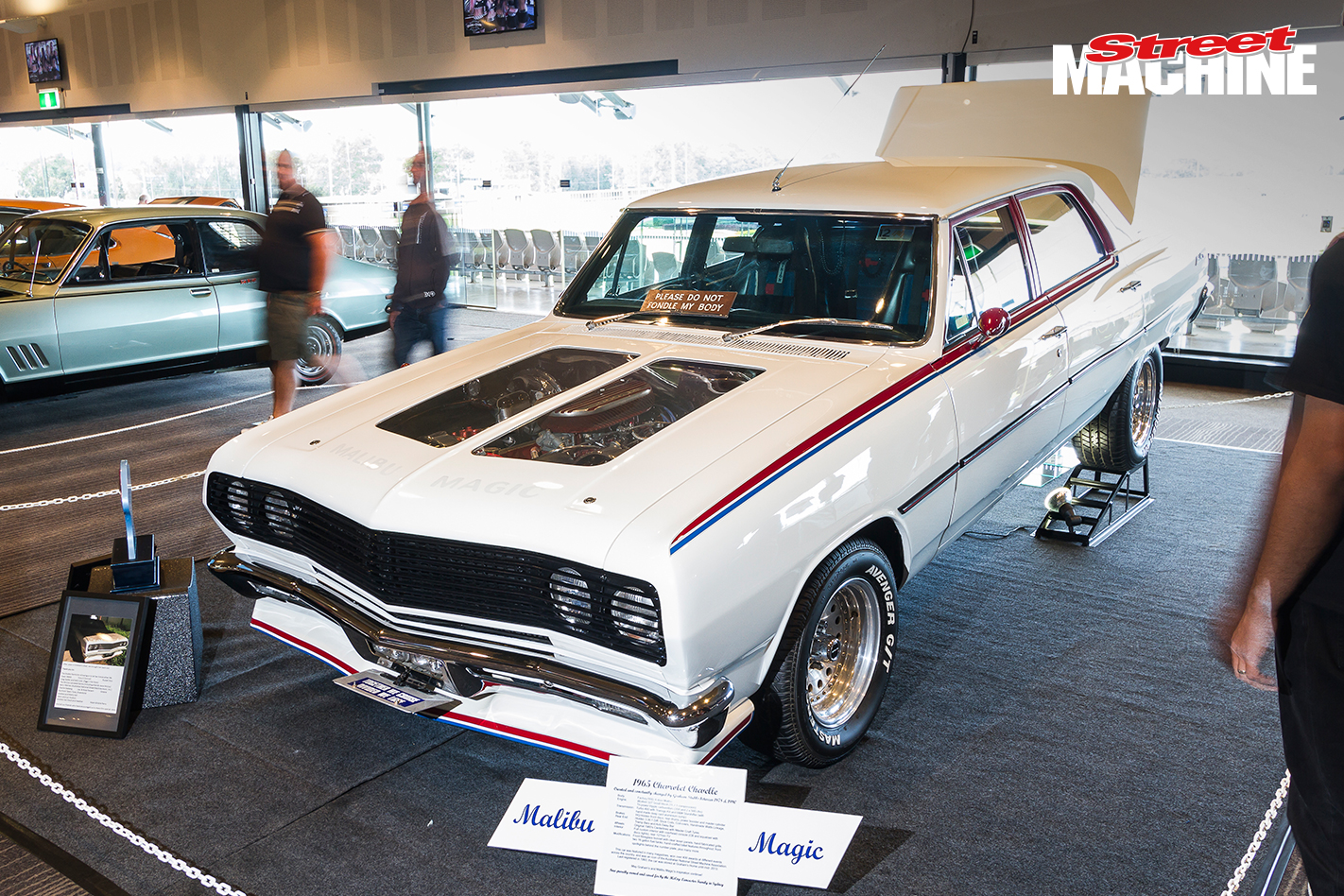 John McCoy-Lancaster did more than just MC the event – he also brought out an example of his impressive car collection. Originally built by Graham Stubbs in the late 1970s, the ’65 Chevelle featured a 327ci SBC with triple carbs and T400, original 1980s Center Lines and a full-custom interior complete with overhead console, CB radio and rear-mounted 127mm TV! Last registered in 1993, the car has won over 400 trophies 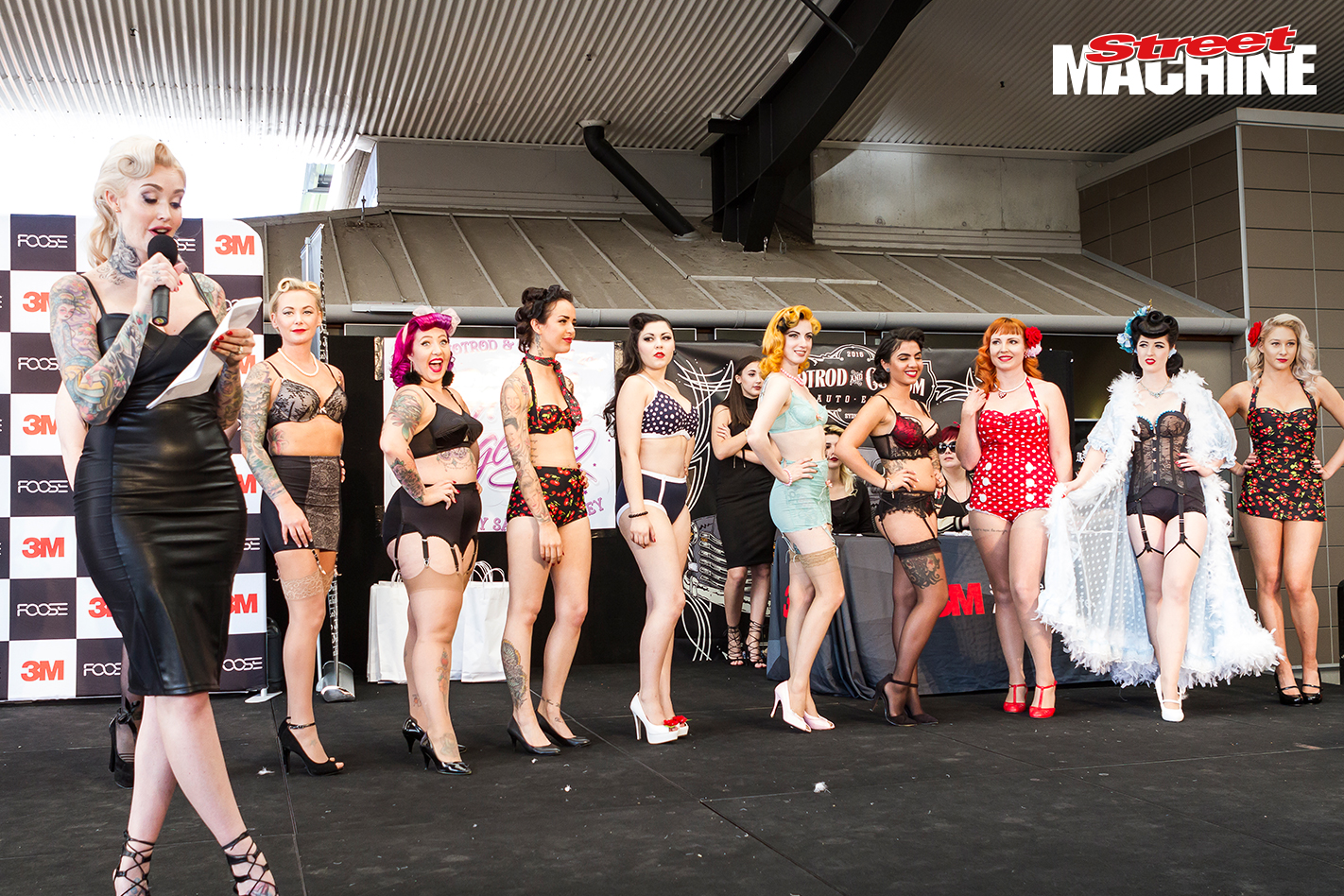 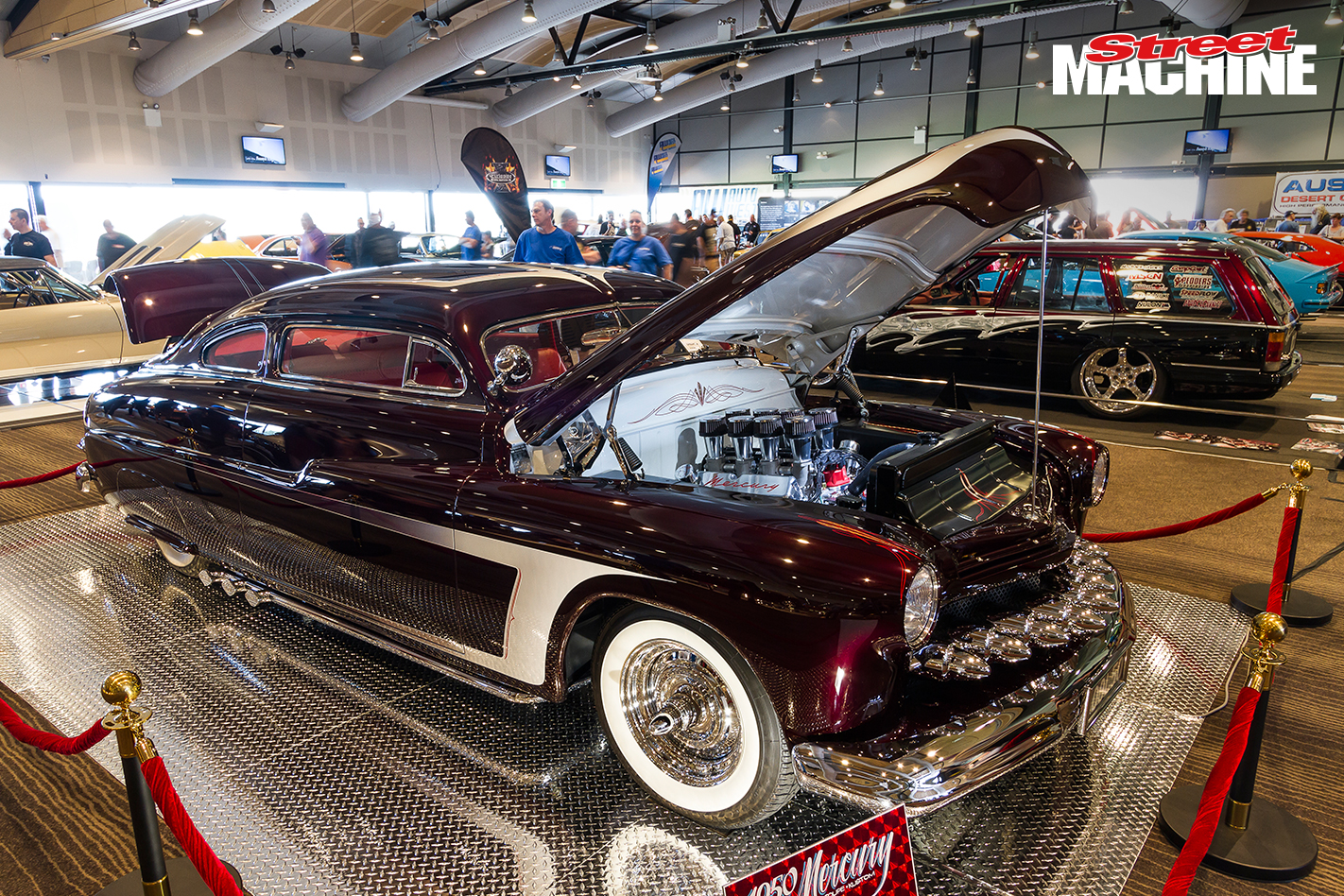 Models like the iconic 1950 Mercury will never go out of style and Rob and Anita Dickson’s example impressed with its 545hp injected Ford V8, Wild Cherry paint and timeless scallops and pinstriping 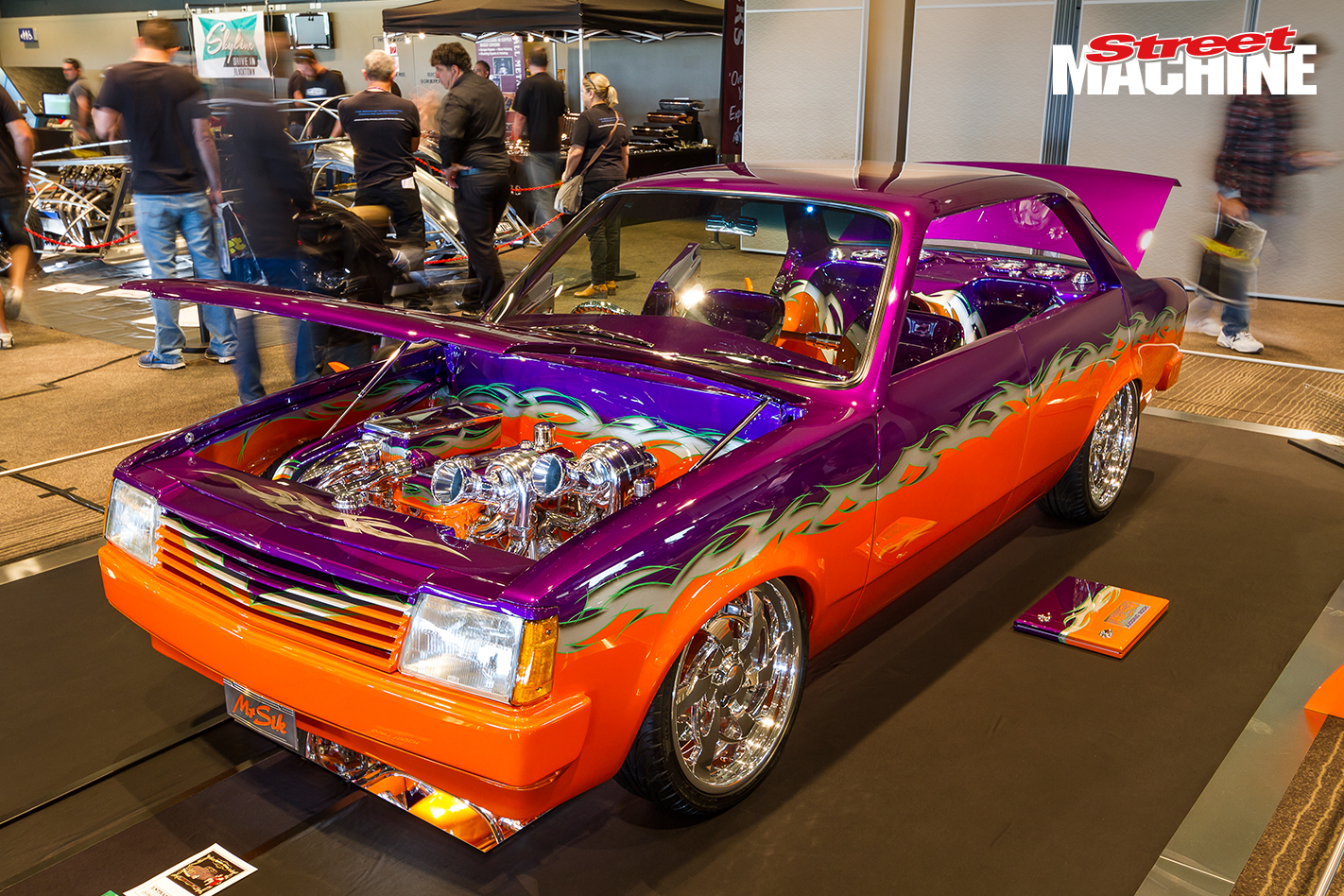 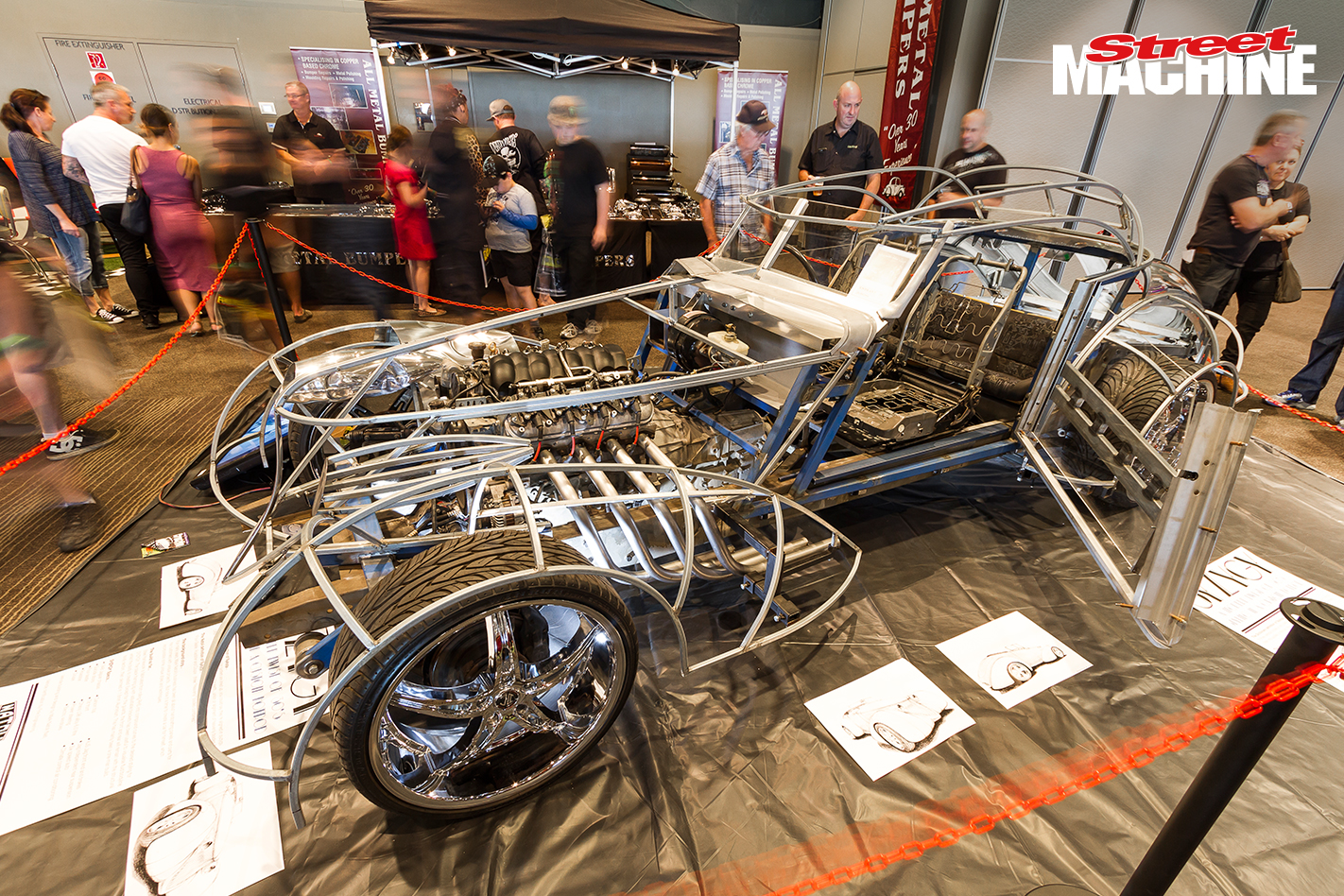 Mark Natoli’s unfinished phantom roadster concept takes the 1930s as inspiration, but boasts L98 GM power, Jaguar chassis, IRS and front end and all the mod-cons you could hope for 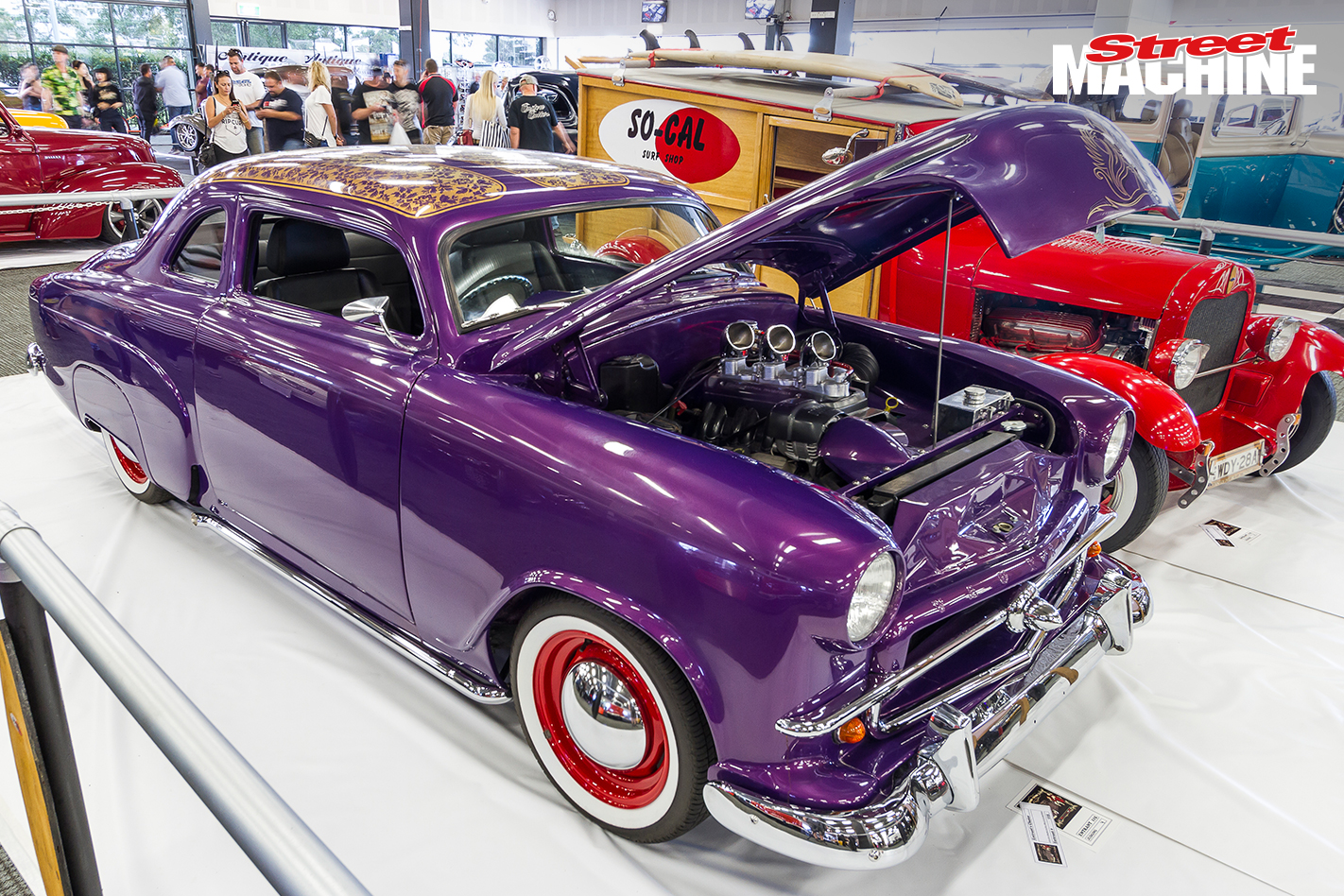 One of Dave Hart’s most recent creations, this 1954 Vauxhall Velox is like a big old sled that got hit with a shrinking ray. It’s had a 3in roof chop, 6in door stretch, features ’51 Buick rear quarters, FC Holden front arches and bumpers and is powered by an Ecotec V6 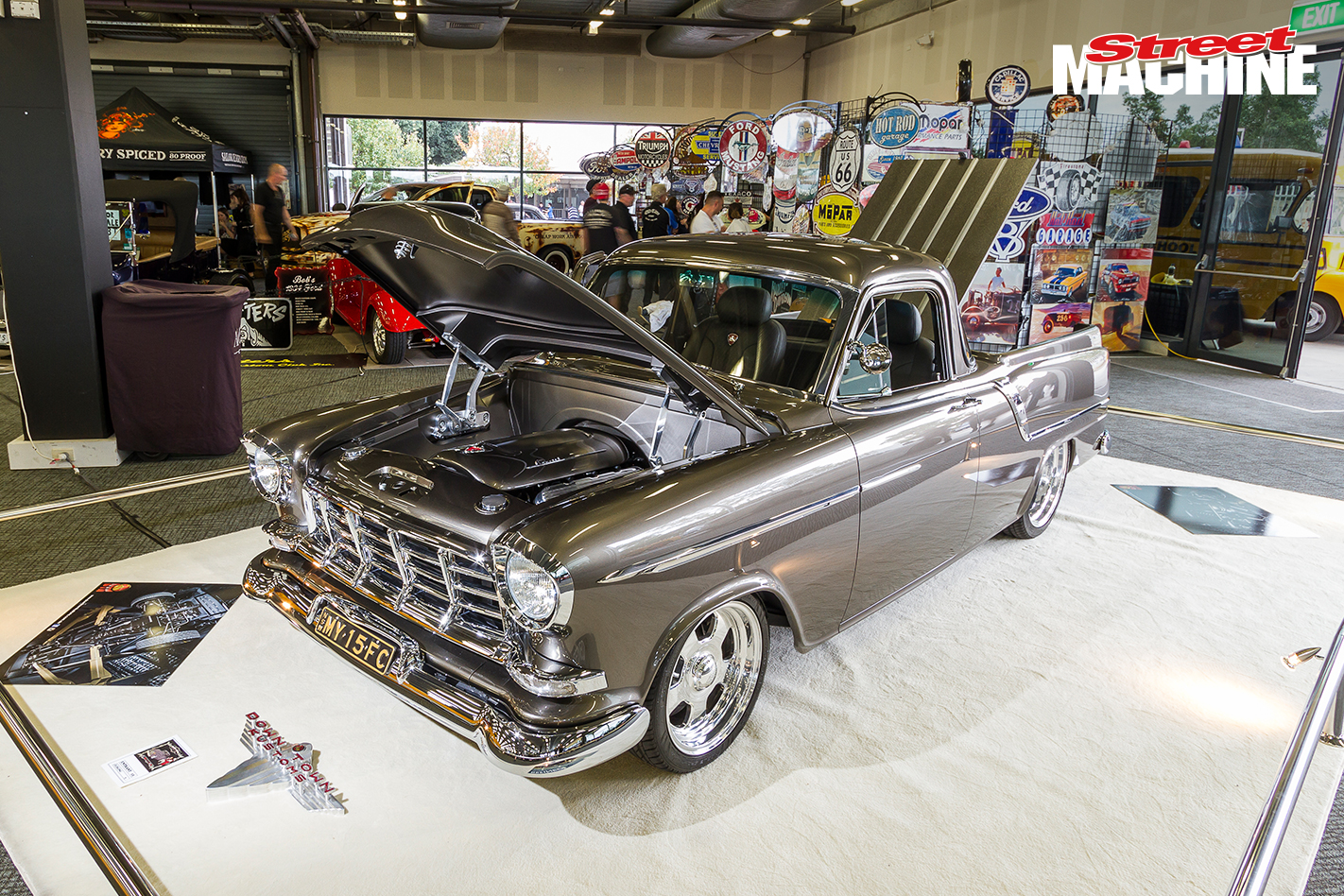 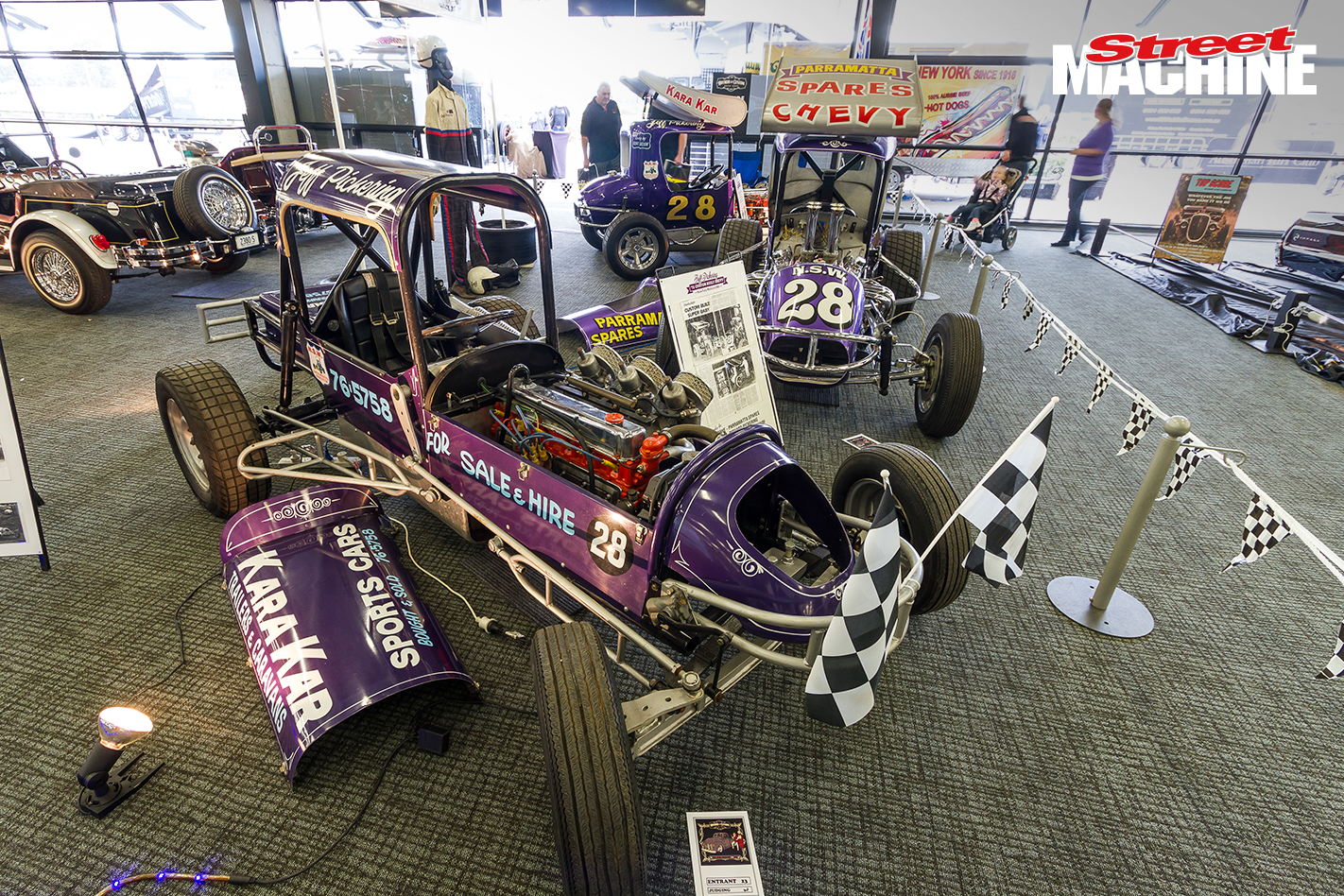 This is a replica of a car Jeff Pickering raced in the mid-1960s at tracks around the country, winning Rookie of the Year in his first season. The machine behind it was originally built and raced by Jeff in the 1970s and restored in 2005 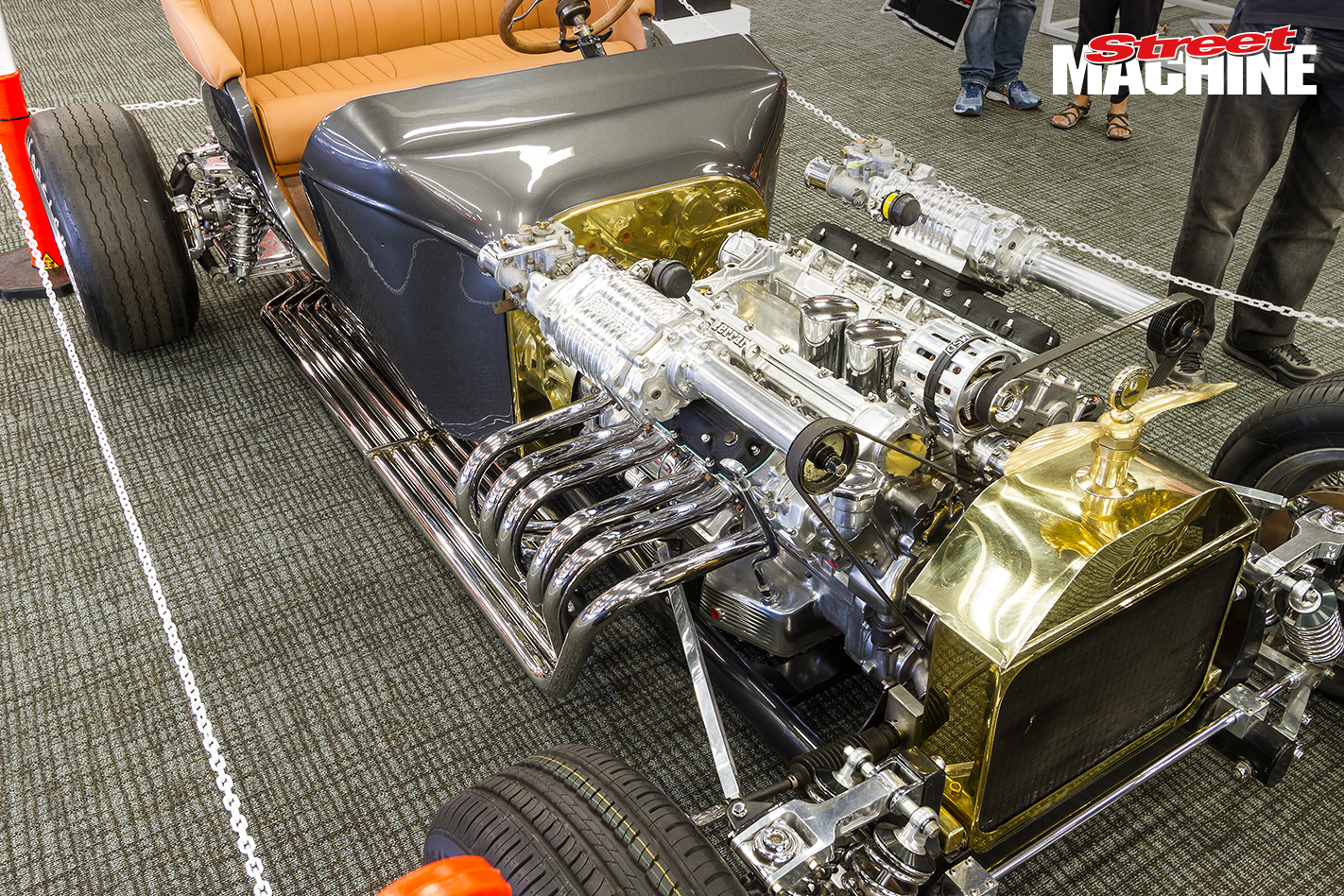 Who wouldn’t want a twin-blown Ferrari V12 in their tiny T-bucket!? 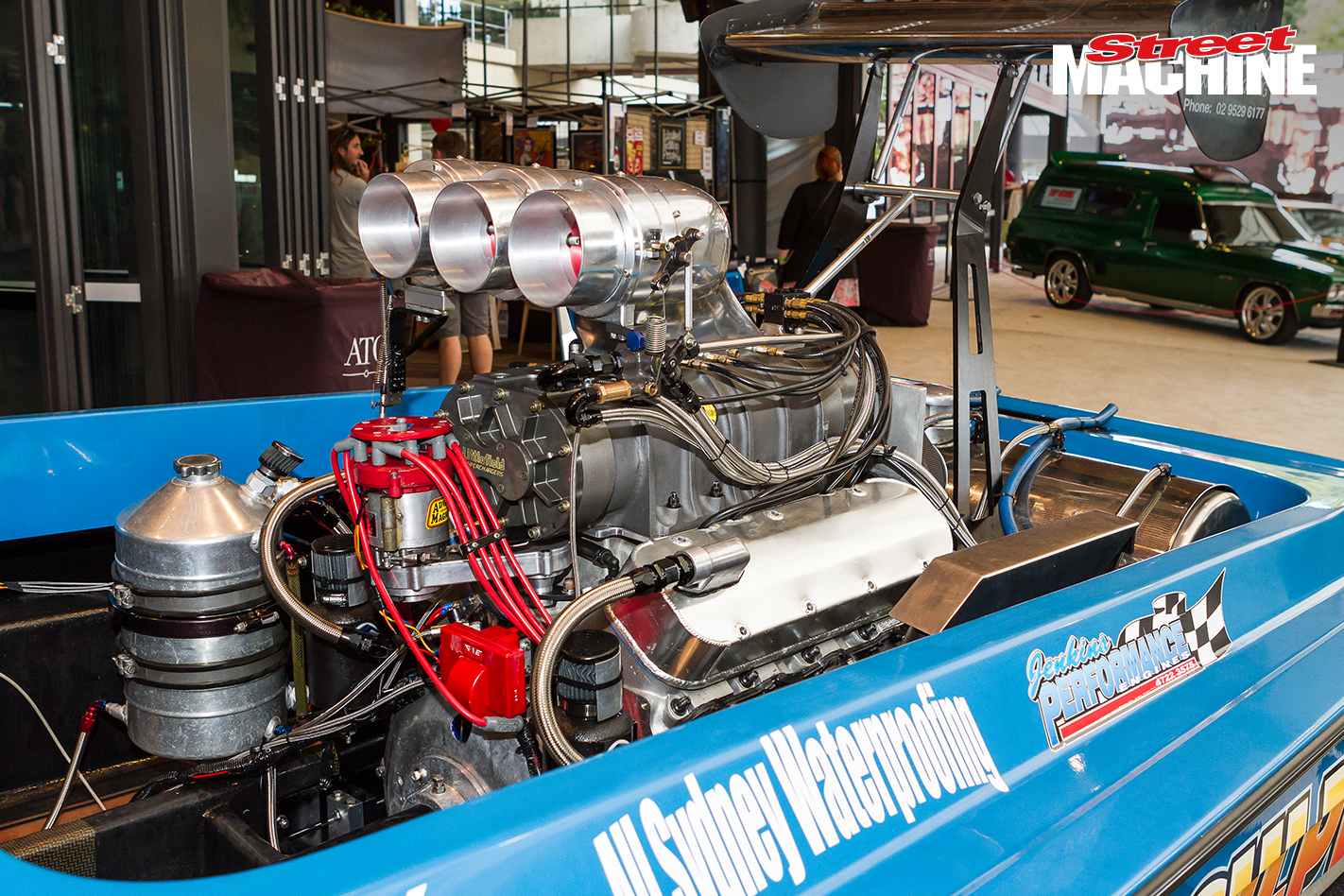