By Boris Viskovic and Aiden Taylor, 16 May 2017 Features

LAMBORGHINI has created some of the fastest and most exotic supercars on the road. But we all know that you can never have enough power, and there are now plenty of companies out there that’ll happily turn your Raging Bull up to 11 with some power adders. And being all-wheel drive, these Lambos can put down a lot of power! 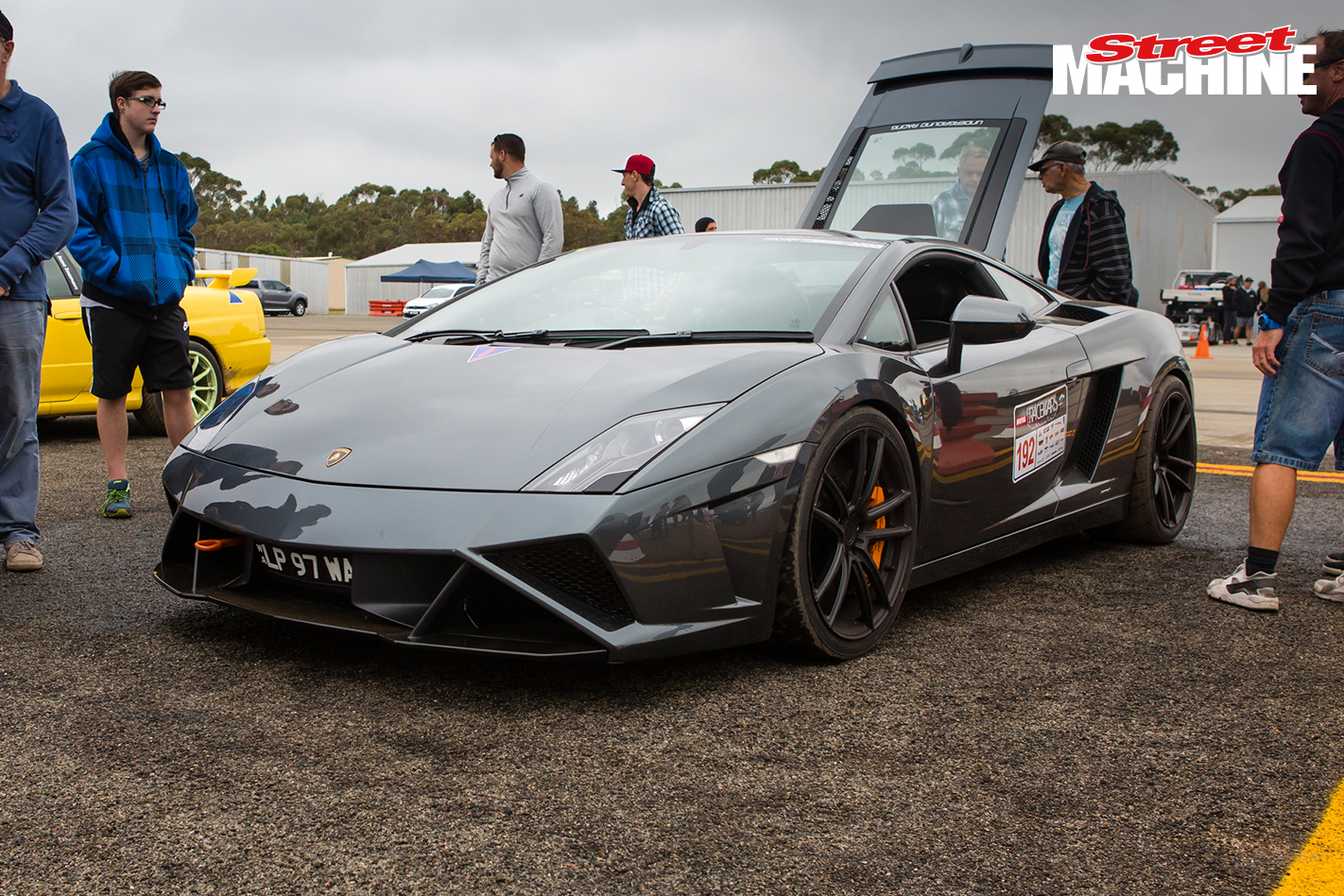 Underground Racing is probably the most well-known Lambo modifier of them all, having built countless twin-turbo Gallardos – and more recently Huracans – that have melted the internet with their awesomeness more times than Kim K. 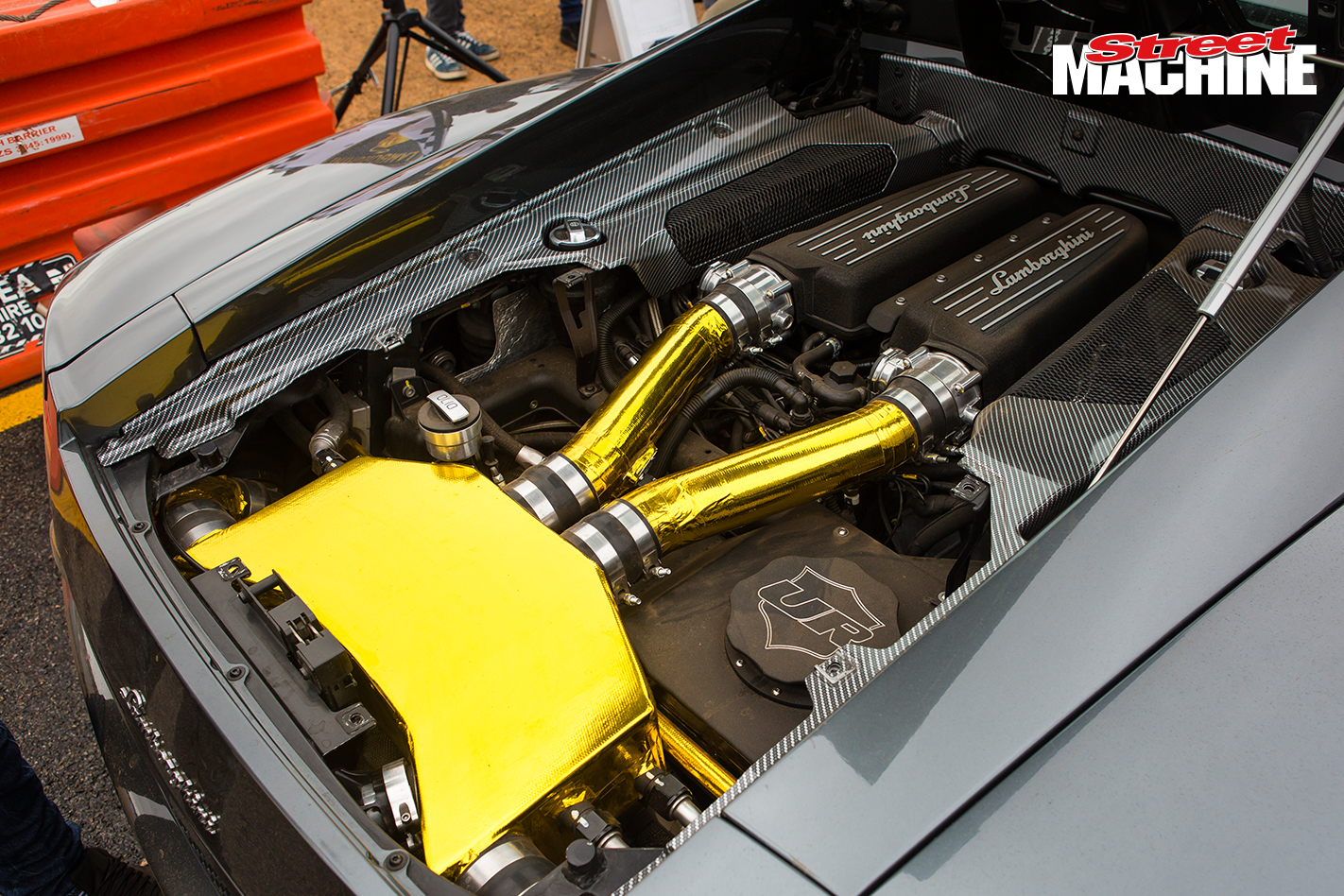 Underground Racing also holds world records for the fastest Lamborghini Gallardo in the half-mile (244.77mph) and the highest mph across a standing half-mile with its twin-turbo Huracan (247.25mph). Based in Charlotte, North Carolina, the company will build a car for anyone, so long as they’re willing to bring their ride to them. 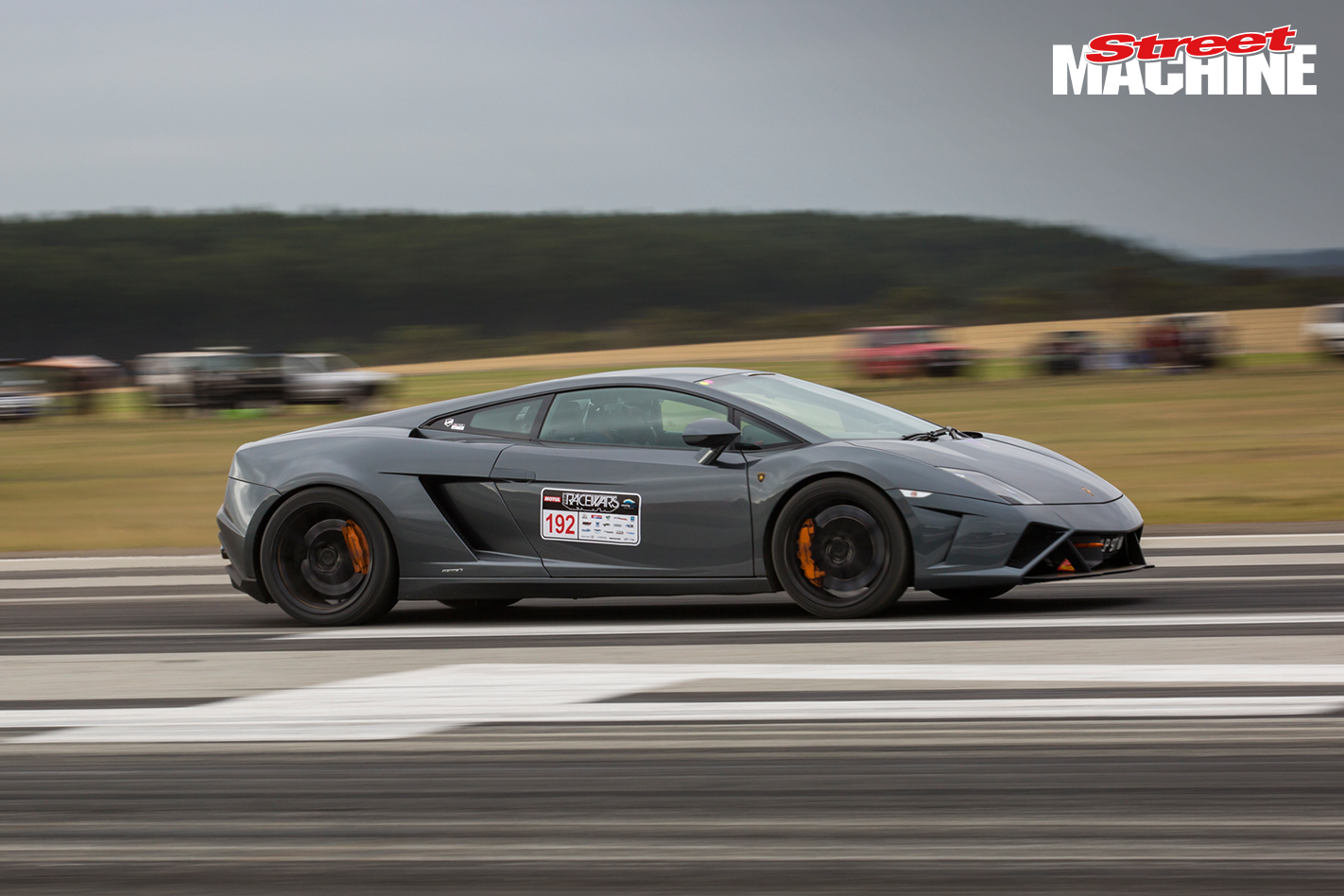 That’s where Aussie John Kopcheff’s Underground Racing Gallardo comes in. We spotted his 2011 Lambo at Racewars 2017 at Albany Airport in WA, and noticed a couple of stickers on the back bumper. One is for Route 66, and the other is for the Tail Of The Dragon, a winding road through Tennessee. They’re not just for show; John actually drove the car around the US to run in the twin-turbo Pro Line engine after he picked up the car from Charlotte. 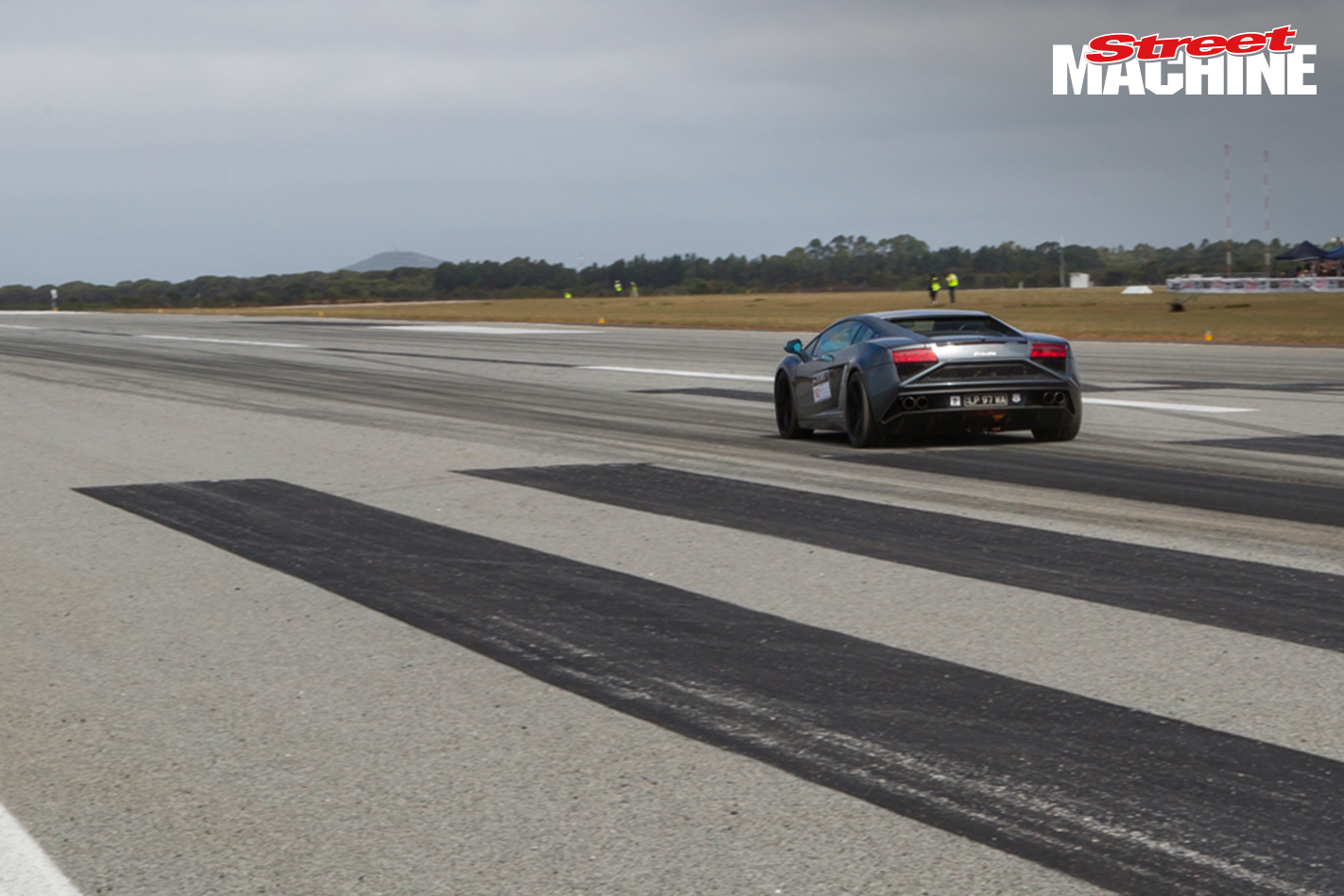 Underground Racing teamed up with Pro Line to develop a billet short-block Lamborghini V10 that would withstand the higher loads of Underground’s crazy twin-turbo set-ups. The block is then stuffed with CP pistons and rods, while the Lambo cylinder head is machined and ported for better air flow in John’s Stage Three guise. UR also does simple bolt-on kits for the factory engine, but John’s is the full-hog built motor. 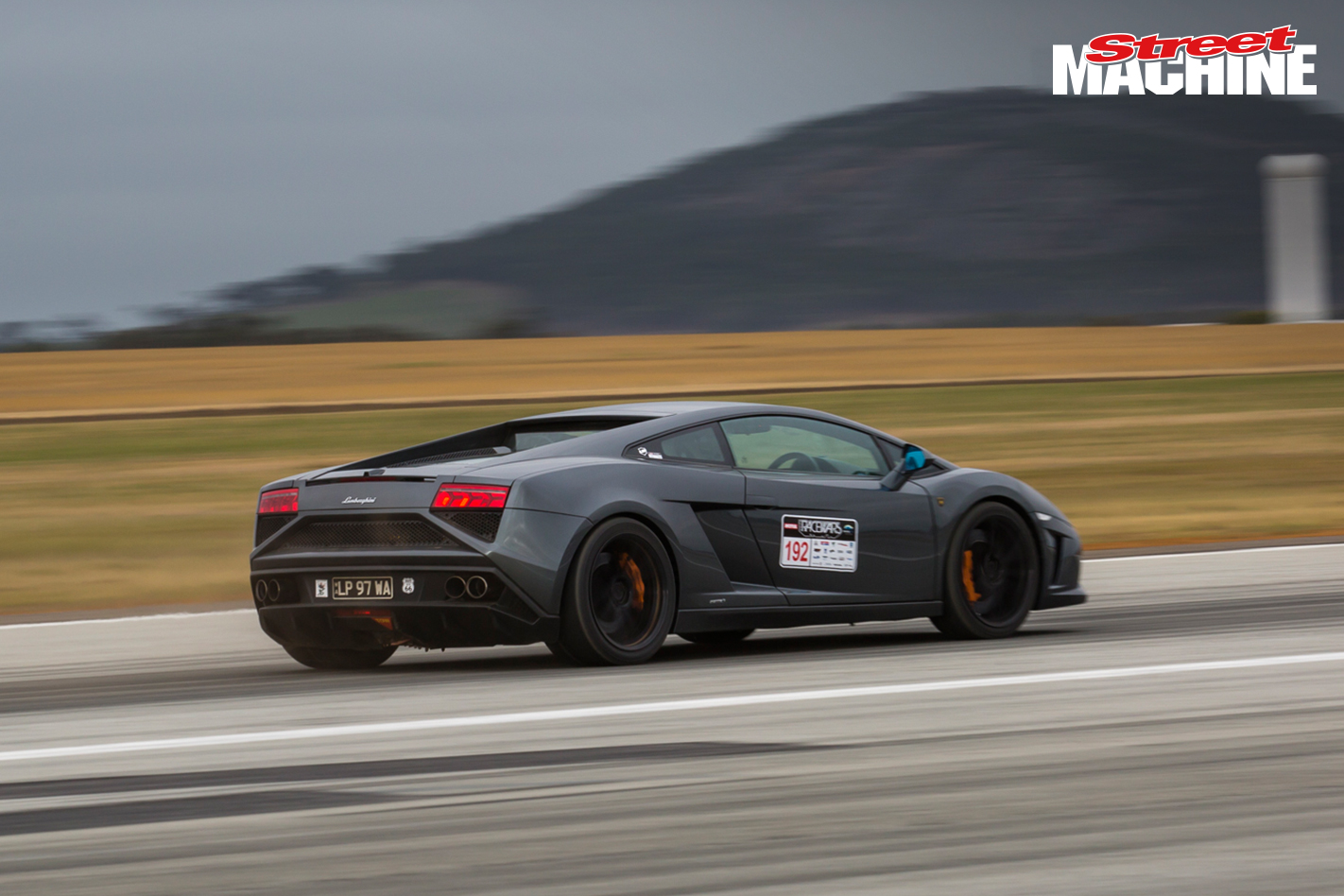 The forced induction set-up consists of two 62mm Precision turbos, custom manifolds, Tial wastegates and a water-to-air intercooler. You’ll also notice the gold heat shielding in the engine bay – that’s not there just to look pretty; gold is the best heat retardant you can buy, so it helps keep the motor cool. All up, the combo makes a massive 1275rwhp. 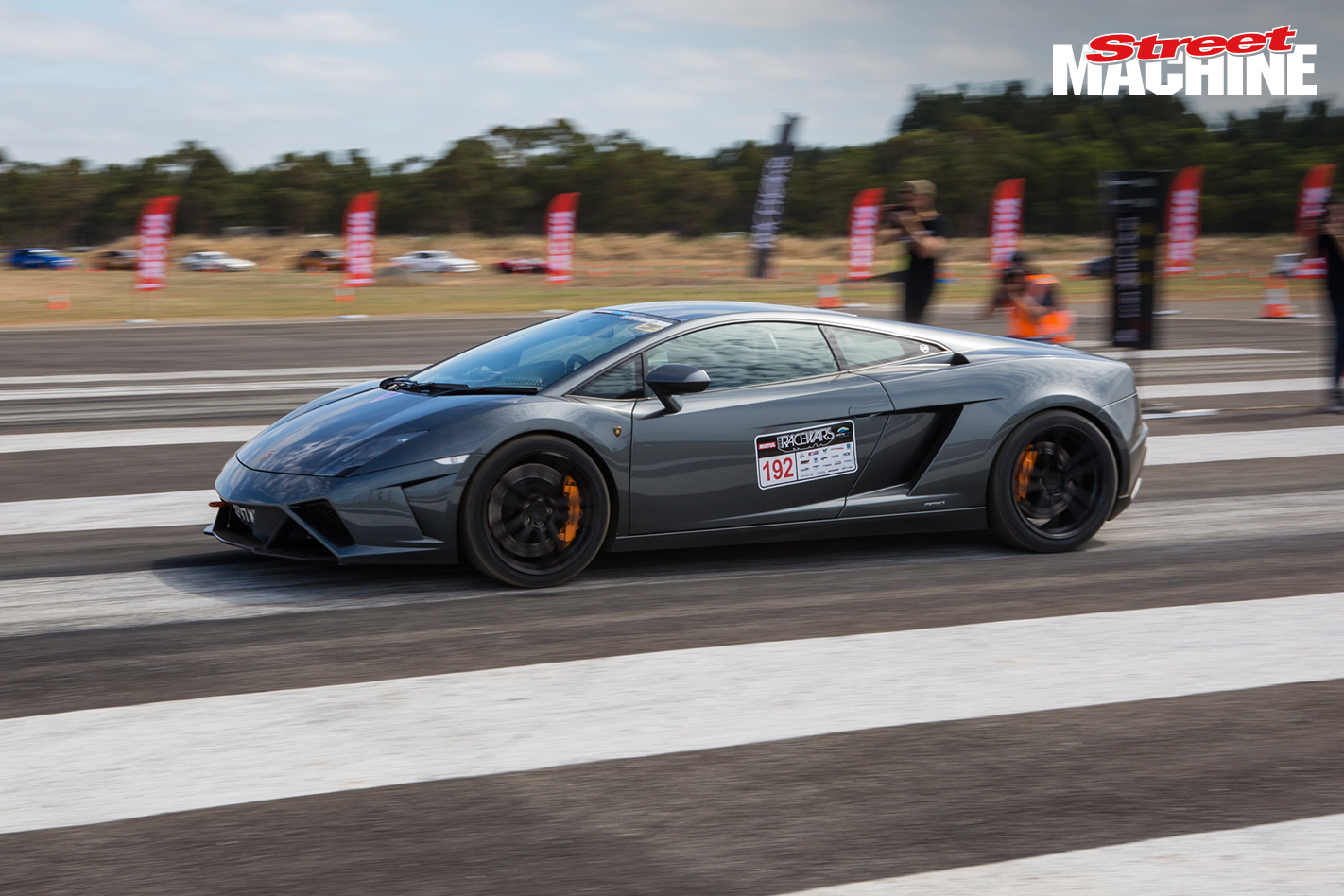 John was always going to be the one to beat at Racewars 2017, having already proven the car’s mettle at the Snowy 1000 with a third-fastest overall speed of 327.3km/h. What made John’s Lambo unique at that event was that he drove the car to Cooma all the way from Perth – no fancy transporter or car trailer needed.

The car really is amazing. In ‘valet mode’ and on pump fuel it makes 800hp at the tyres, but when John wants to go flat-out, he fills it up with 109-octane race fuel, puts some ice in the intercooler and flicks the switch to get 1275hp at the treads. At Racewars, he needed every last one of those horses to get past Matt Haines and his insane GT-R, running a best of 324.97km/h to the Skyline’s 324.32km/h!

Check out the video to see the car in action at the Snowy Mountains 1000 last year. 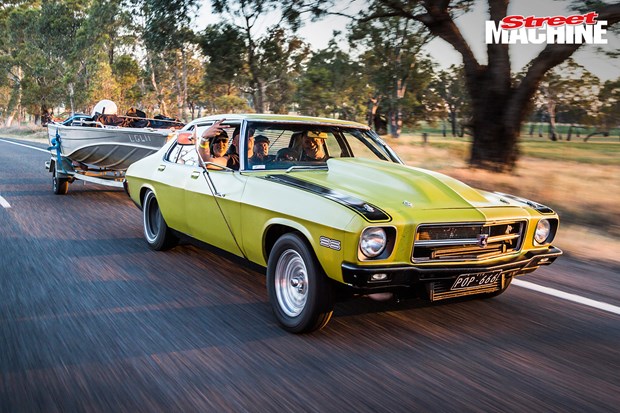 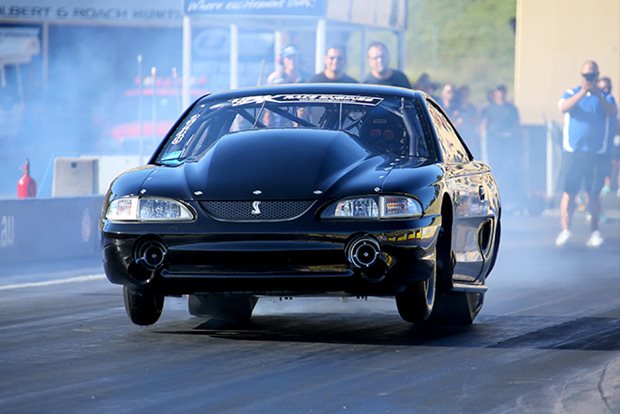 We caught up with Michael Haimandos at Grudge Kings to chat about his 2000hp twin-turbo, seven-second Mustang 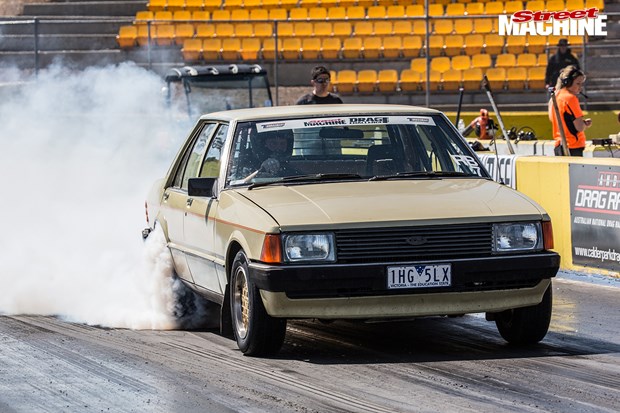