Think your son is wasting his time dreaming about cars? Think again. Joe Russo has wanted a 1968 Camaro since he was 11 years old

WHEN Joe Russo was a newborn, his oldies hauled him home from hospital in a 1960 Chevy Impala ragtop. From that moment his fate was sealed; he’d be a gearhead for life. "When I was about 11, Dad bought a ’71 Camaro, which was a rarity at the time. He always had American car magazines lying around, and that’s where I saw my first ’68 Camaro and dreamt of having my own."

That was 1979, and Joe still has that particular issue of Car Craft to remind him of where the obsession began. 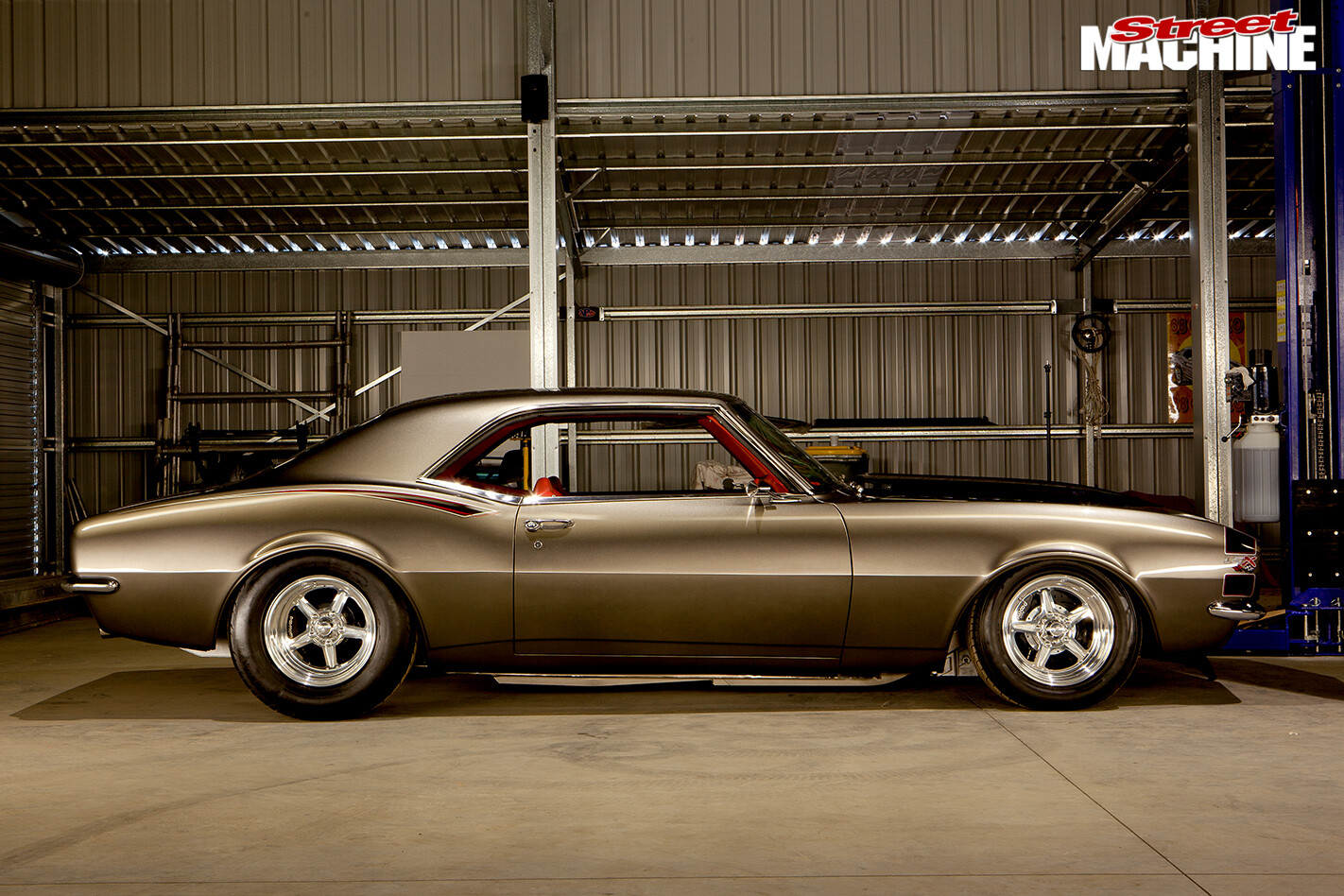 But for a young bloke, a ’68 Camaro isn’t the most obtainable of rides, so he gradually worked his way up through a succession of muscle cars, including a 308 HX Statesman, 350 HQ Monaro, ’68 Chevy Impala and a blown ’78 Camaro.

"One day my wife suggested that I finally go out and get the car I had always wanted. After a lot of searching I found one in Melbourne that was fresh out of Texas. I flew down with my best mate, Ricardo, to have a look. We did the deal and drove it back to Sydney. It took until I was 39 years old, but finally I had the car that I had my heart set on since I was a kid." During the drive home, Joe found that he wasn’t entirely comfortable with the whole left-hook thing, so he went in search of a solution. He came across a subframe complete with RHD rack and pinion steering from Heidts in the States and while he was at it, reasoned that the same brand’s four-link and mini-tub kits would also be worth having.

It was about this time that Joe’s brothers — Justin and Chris from Sydney workshop Russo Performance — got involved and his plans for a modest 327/Powerglide-powered streeter went out the door. The brothers had much grander intentions, as the name of the shop would suggest, and this included a late-model Chev V8s with bulk grunt. They prescribed an alloy RHS LSX block with Manley crank, rods and pistons, Nathan Higgins heads, custom cam, sheet-metal manifold and a pair of 76mm Airwerks snails. It’s a serious donk by any standards yet a Turbo 400 with 4000rpm converter and Gear Vendors overdrive make it street-friendly and relatively economical, which was always an important concern for Joe despite the fact that the scope of the build had changed significantly.

"The whole way through, I always intended that the car would be a driver," he says. "I’ll take it out to Harry’s with my wife and kids, or throw my mates in it and go for a cruise. I’m not knocking the fellas who have cars that are stuck in the garage but I reckon they should be driven and enjoyed." 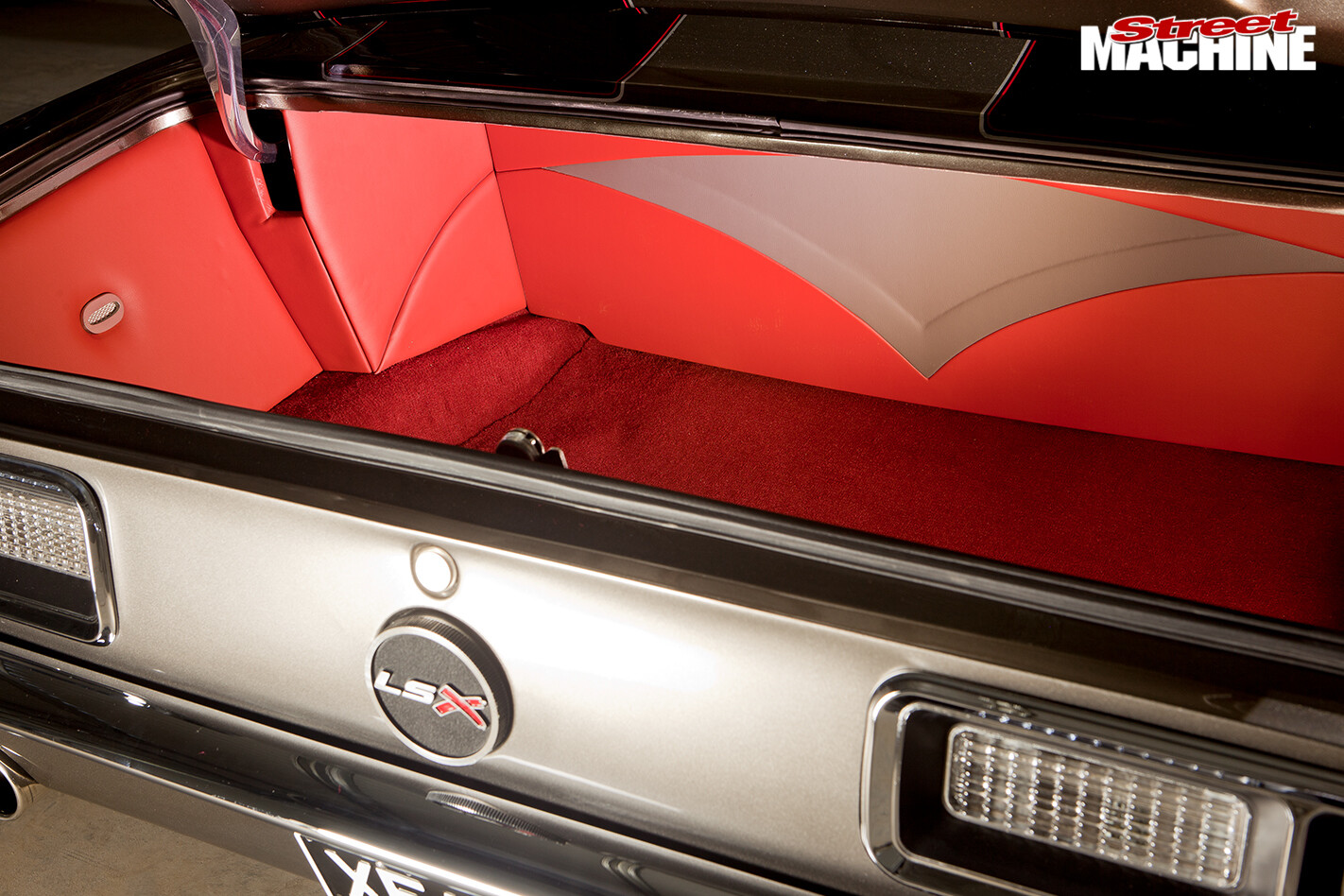 The monster donk nestles in a superb engine bay that abounds with masterful sheet-metal work. Chris and Steve at Killer Customs are responsible for the flat firewall and the beautifully sculpted inner guards that are now joined to the outer guards, as well as the single-piece nosecone/radiator support.

They also revamped the dash, removing some original equipment that was surplus to requirement, adding far more fashionable aftermarket goodies such as gauges and audio gear. Other neat tricks in the interior include the custom console, the floorpan that was modified to accommodate Recaro pews, and the parcel shelf which was tweaked for retractable seatbelts. Next stop was Shaun’s Custom Alloy where the custom inlet manifold, radiator, intercooler, fuel tank and turbo piping were knocked up — the quality of the work speaks for itself.

The turbo manifolds were built in-house at Russo Performance with the help of ‘Randy’ Rick Howley, to comply with Joe’s very strict requirements.

"I wanted everything symmetrical left to right, which proved very tedious but Rick did a great job and the end result is very satisfying."

5
Shaun's Custom Alloy inlet manifold is a superb piece of craftsmanship, as are the intercooler piping and custom alloy radiator. The inner guards were fashioned from '69 Camaro outer wheel tubs, scalloped to accommodate the turbos

"He basically ripped it back to a bare shell and reinvented it for me. To be honest, when I first saw it stripped I felt sick but slowly and surely he made it better than I had expected."

Frank and Joe agreed on an approach before he tidied up all the custom metal work, cut and shortened the front and rear bars, and spent countless hours on the underside of the bonnet, before throwing the shell on a rotisserie and giving the underside a thorough seeing-to.

The front indicators were deleted — replaced by a set of Halo lights from Bluewire Motorsports — and a custom grille was fabricated. The shell was then drenched in House Of Kolor Galaxy Grey with black stripes and LSX graphics, and fitted with brand new glass, moulds, trims and lenses. The result is classy and understated, belying the gobs of grunt lurking beneath the bonnet.

Every bit as classy is the interior, put together by Steve at Alltrim. "Much like I did with Frank, Steve and I bounced some ideas off each other and I let him do his thing," Joe says. "I’d seen his work on my father’s cars, so I pretty much left it up to him and I couldn’t be happier with it."

5
BorgWarner Airwerks 76mm turbochargers - because two turbos are better than one!

Joe wanted the lateral support offered by Recaro seats but favoured the Camaro’s traditional low-back buckets. so Steve obligingly hacked the tops off some Recaros and reshaped a Lancer rear bench to match, covering the lot in Burnt Red leatherette. Against the Galaxy Grey duco, the colour choice is a masterstroke and ties in with the red highlights on the exterior stripes. 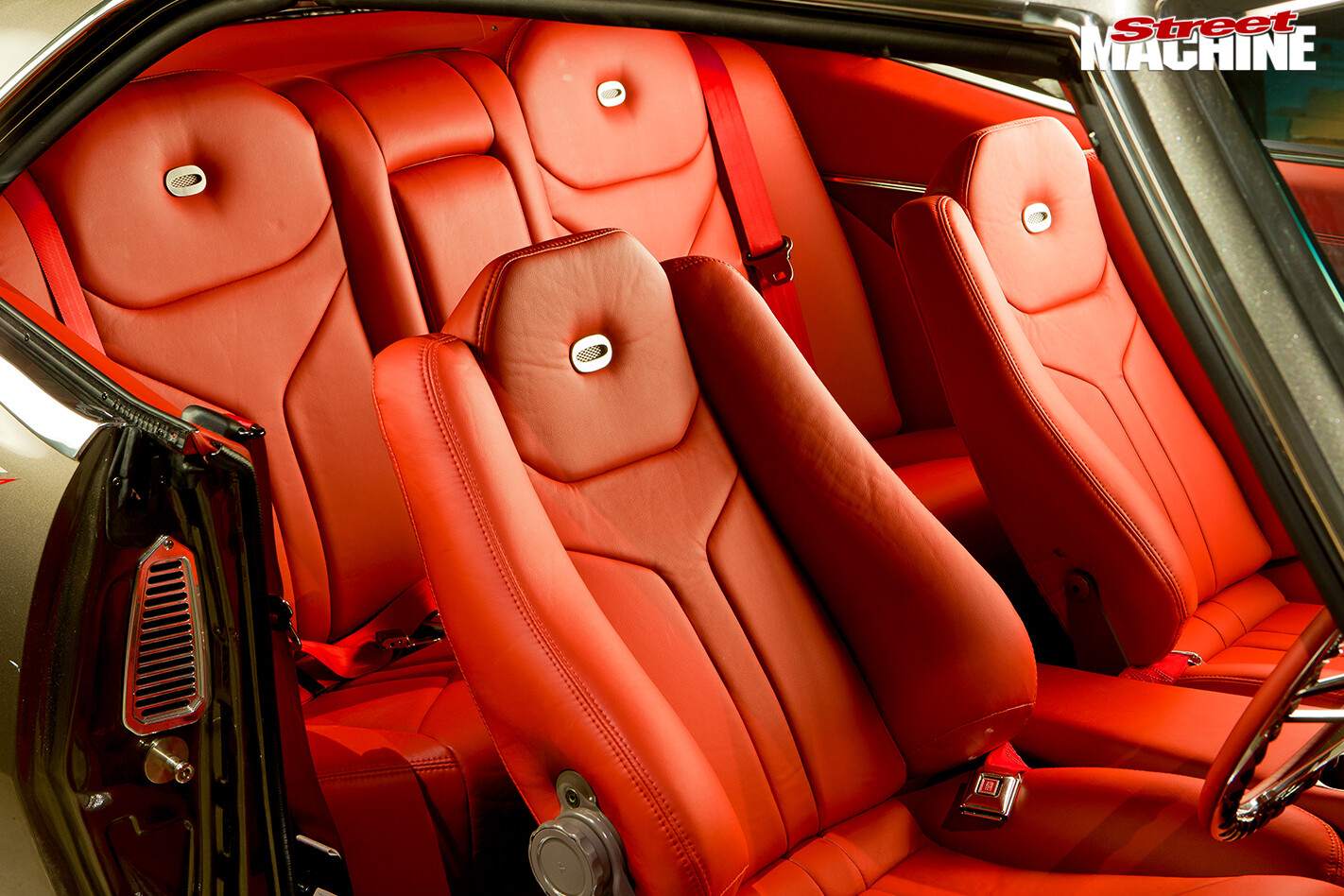 The car was then dragged back to Russo Performance HQ for final assembly. "When you build a car from scratch it feels like you strip it, fit it up and pull it apart again a million times. It can be testing to say the least, but Justin loves it," Joe grins. "He’s been modifying stuff ever since I can remember, so he was in his element." The engine was installed just in time for MotorEx but the lads ran out of time to get it running. "It’s been in the making for three years so I didn’t want to rush it. It hasn’t been on the dyno yet but my brothers promise that it’ll make enough horsepower to scare the shit out of me!

"My objective was to enhance a beautiful car, not change it. I just wanted to bring it up to speed a bit and I think we achieved that."