Young gun Jack Williams's 1JZ-powered Toyota MX32 Cressida is a reliable and fun daily driver for now, but he plans to give it a lot more boost in the future

Young gun Jack Williams's 1JZ-powered Toyota MX32 Cressida is a reliable and fun daily driver for now, but he plans to give it a lot more boost in the future

MY COUSIN Jay and I have a bit of a thing for old Toyotas. About three years ago, we were both apprentices, and he had a ’73 KE25 Corolla while I had a ’76 TA23 Celica – my first car. We had this idea to build a drift car, so when this old, pasty brown, golf-course-green-carpeted, 1977 MX32 Cressida showed up on Gumtree, it seemed perfect. We picked it up for $900 off a bloke in Melbourne. It had a munted water pump, had done the head gasket, wouldn’t fire and was completely stock. 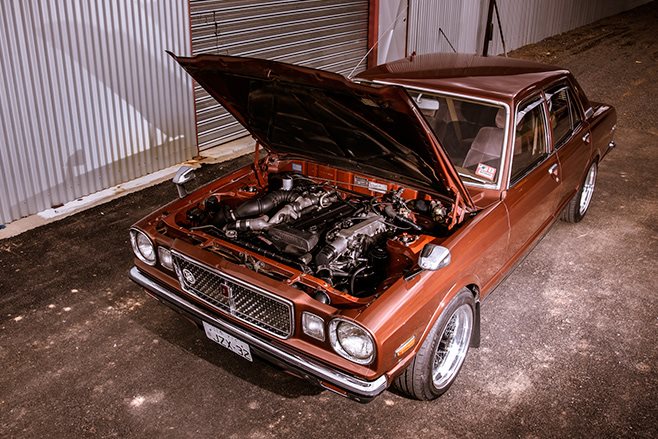 The idea was to gut it and make it a drift car by throwing a V8 or turbo six in it. Jay is a fabricator, and I’m a mechanic, so between us we could get by. But we both sorta lost interest in it for a while – and cash for it! 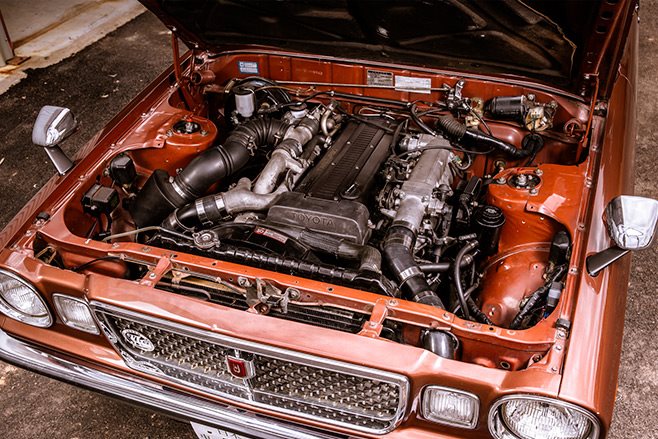 After a good six months or so I dragged the Cressida up to the house with plans to daily it for a while, as the engine and paint on my Celica needed a bit of attention. So I bought off Jay’s half of the car, chopped the springs a bit, added a set of Epsilon Southern Ways mesh rims and some venetians. I gave it a good cut and polish, got it running and reliable, and drove it as my daily for about a year. It never let me down; the 2.6L big-block six backed with an auto couldn’t pull the skin off a rice custard, but it was a bit of fun. 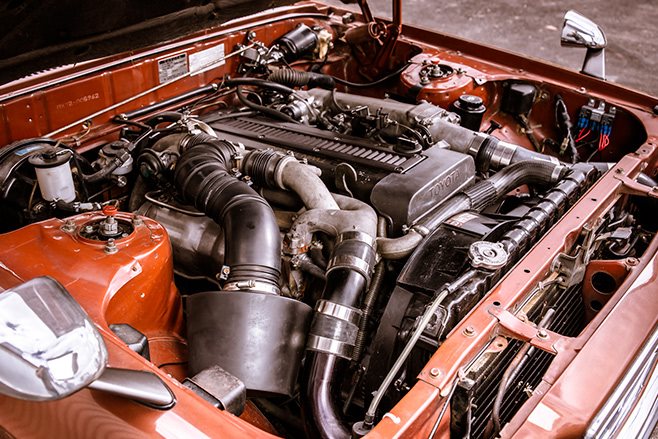 But then Jay ended up turboing his 1.2L Corolla – a draw-through set-up with an SU – and I couldn’t keep up anymore. So I decided to go for a 1JZ; it seemed the easiest and cheapest turbo swap. I picked up a Soarer and a five-speed manual gearbox and went for it. Jay gave me a hand along the way; it took about two months before we got everything to work on it. We ratted the coil-overs and brake upgrade off the poor Celica (four-pot HiLux calipers and vented, slotted Peugeot rotors on Corona XT130 strut bodies), nervously drilled some holes in the guards for the fender mirrors, fitted an old JAF badge, rain guards and the Japanese number plates I had for it – JZX32 being the equivalent model code if the car had come out with that engine. 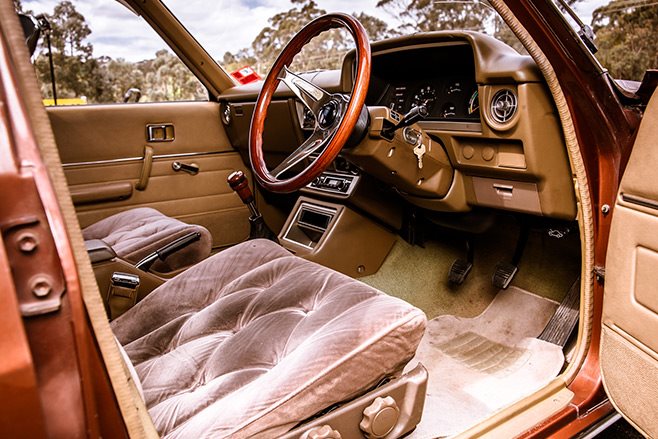 Then it was time for the first drive. Jay, my brother and I headed up the road to the servo; the car was going well, making all those wicked turbo-associated noises, but on the freeway it seemed to be screeching. We arrived at the servo and noticed the front tyres were shredding. Apparently after swapping the coil-overs and steering arms over, a wheel alignment was a bit more crucial than I first thought! So we bought some whipper-snipper line and used it to do an on-the-spot, servo-spec alignment. 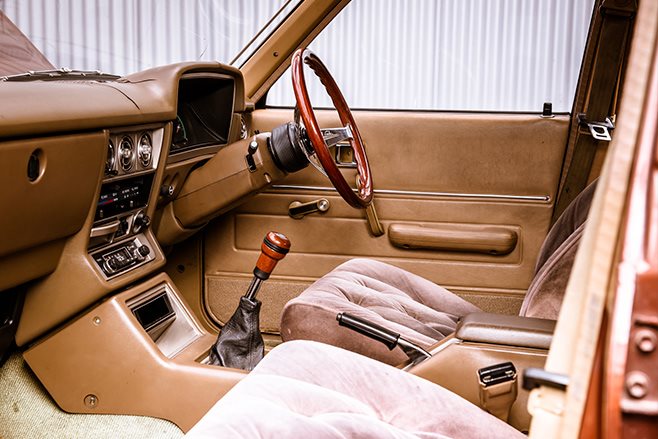 Since then it’s been a fun daily car. Future plans are to build a 1.5JZ, using a forged 2JZ bottom end with the 1JZ head to get to three litres. Then cams, a bit of head work, and lots more boost! 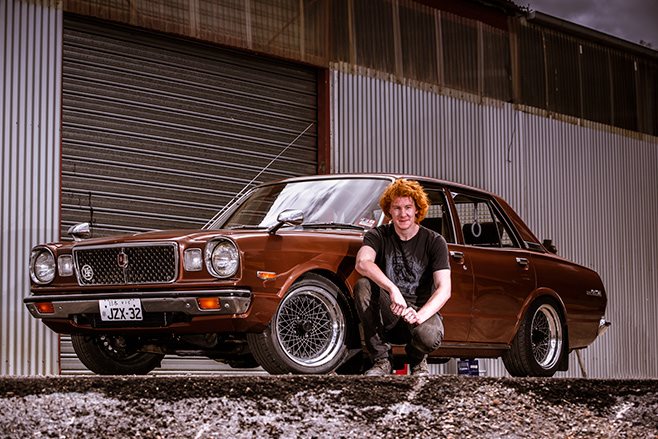 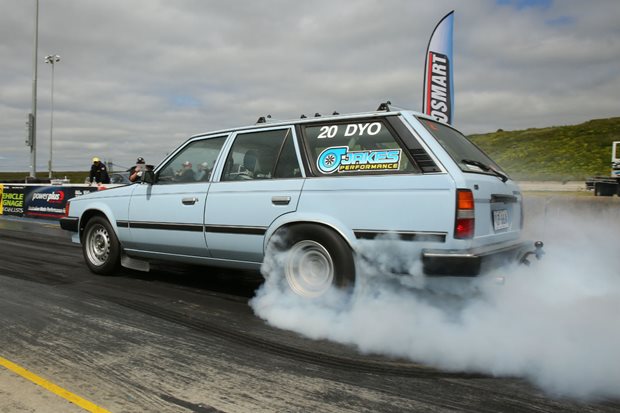 Max and Jake Edwards blew the engine in their Toyota Corona on day on of Drag Challenge, but they're not giving up! 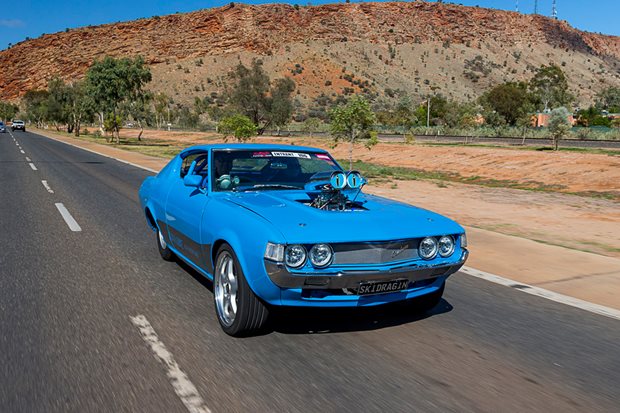 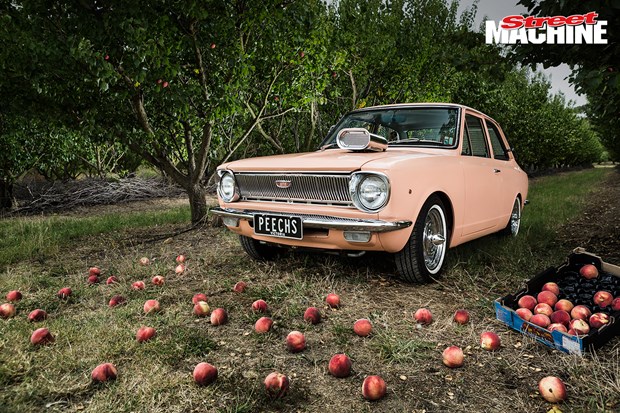