Vincent Micallef bought his 1983 VH SS Commodore when it was just six months old. It was the start of a long and beautiful relationship

SOME people buy and sell cars with monotonous regularity, their decisions determined by depreciation: hey, it’s gotta go. Smarter buyers collar those cars — half price, full of life — or buy what they want and keep it. Real enthusiasts put some extra bucks into the engine or suspension: hey, it’s gotta go! 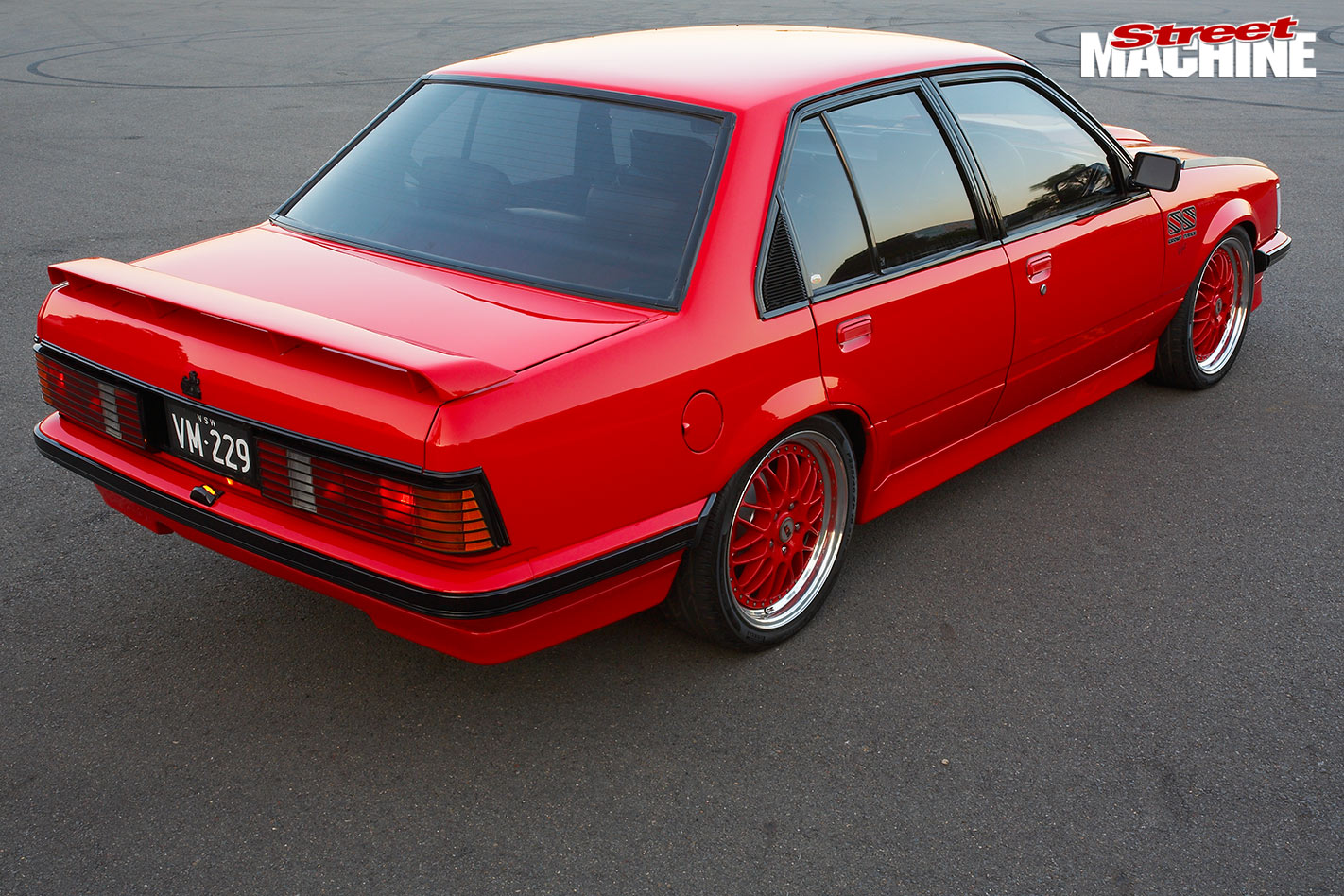 Which makes Sydney’s Vince Micallef one smart enthusiast. Not only did he save $1000s by buying his play car secondhand but he’s owned it long enough for its trade-in value to be a non-issue. Plus, he’s tipped a bucket into upping the grunt. Vince has owned this sensational 1982 VH Commodore SS Group III for an astonishing 24 years! 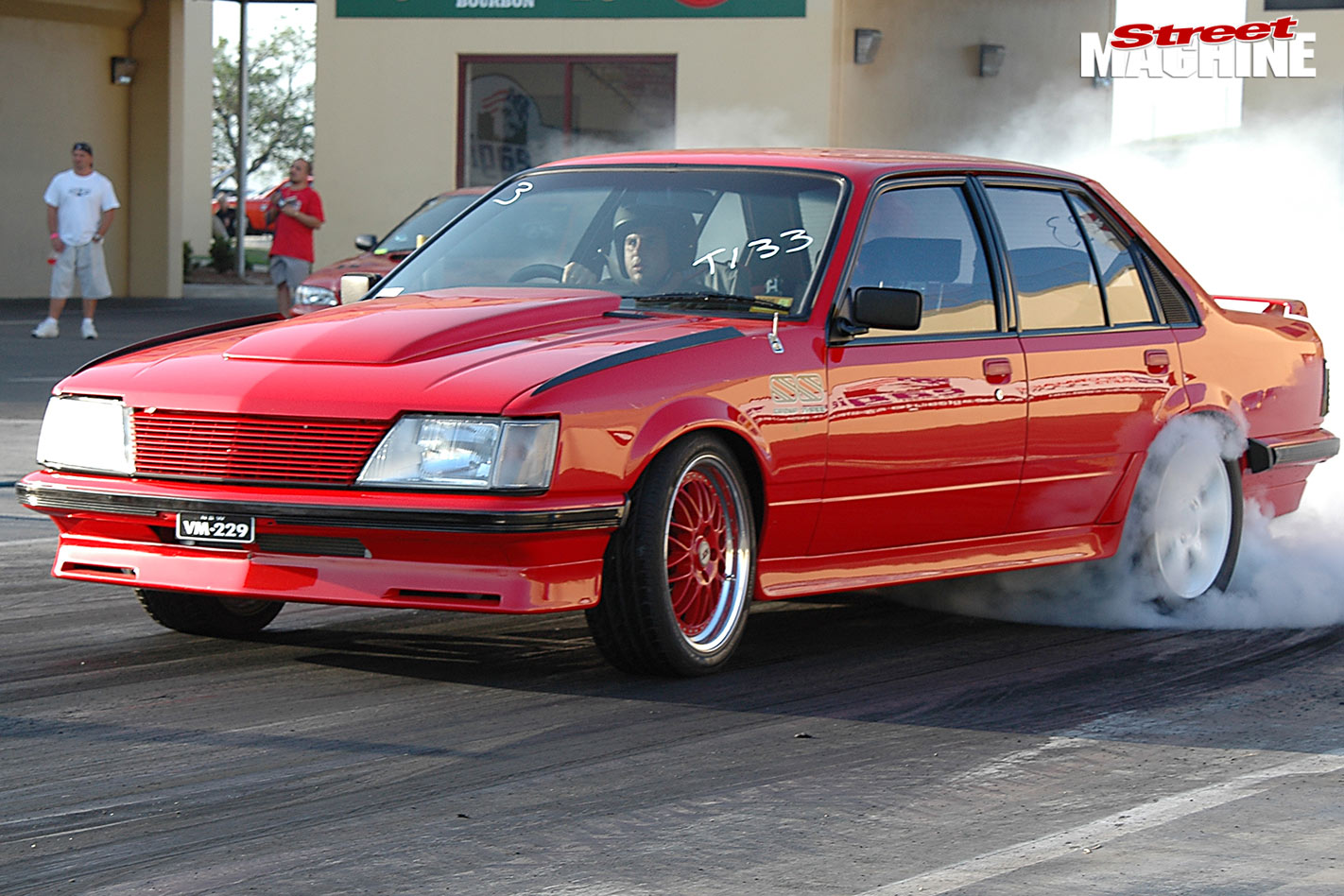 “It only had 3000km on the clock,” Vince says of his 1983 bargain. “It was bought by an abalone diver for his wife but she didn’t like it. So it was traded and I bought it at about six months old.” 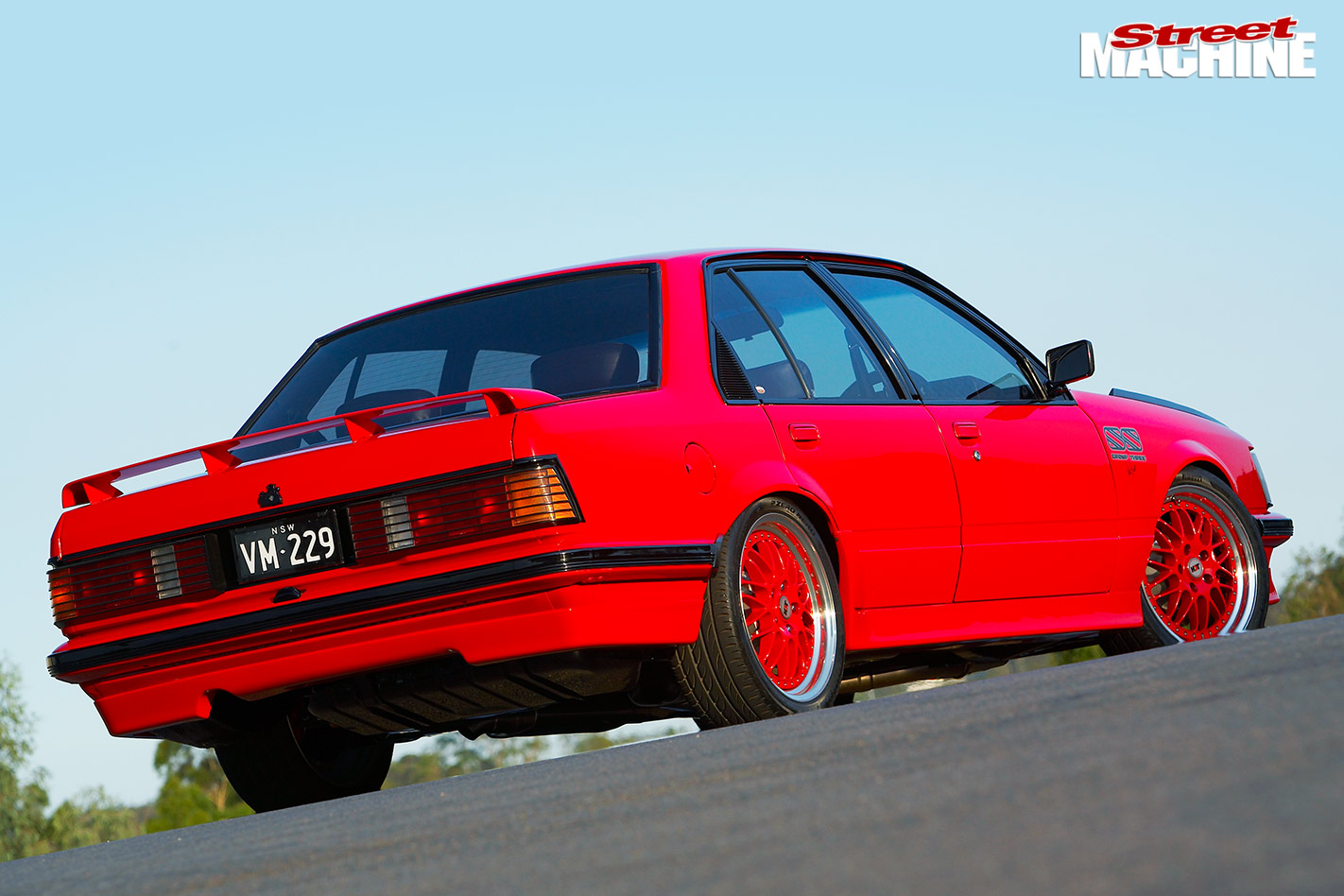 Vince’s SS was completed to this standard five years before its Summernats debut and it was an instant Top 60 — that’s pretty impressive when you realise how much stick Vince and his sons give the car!

It was the beginning of a beautiful relationship. “My wife, Antoinette, did the shopping in it — it was a family car. But not all the time. And she was dedicated to looking after it, parking in safe places at the shops and not letting the kids eat in it.” 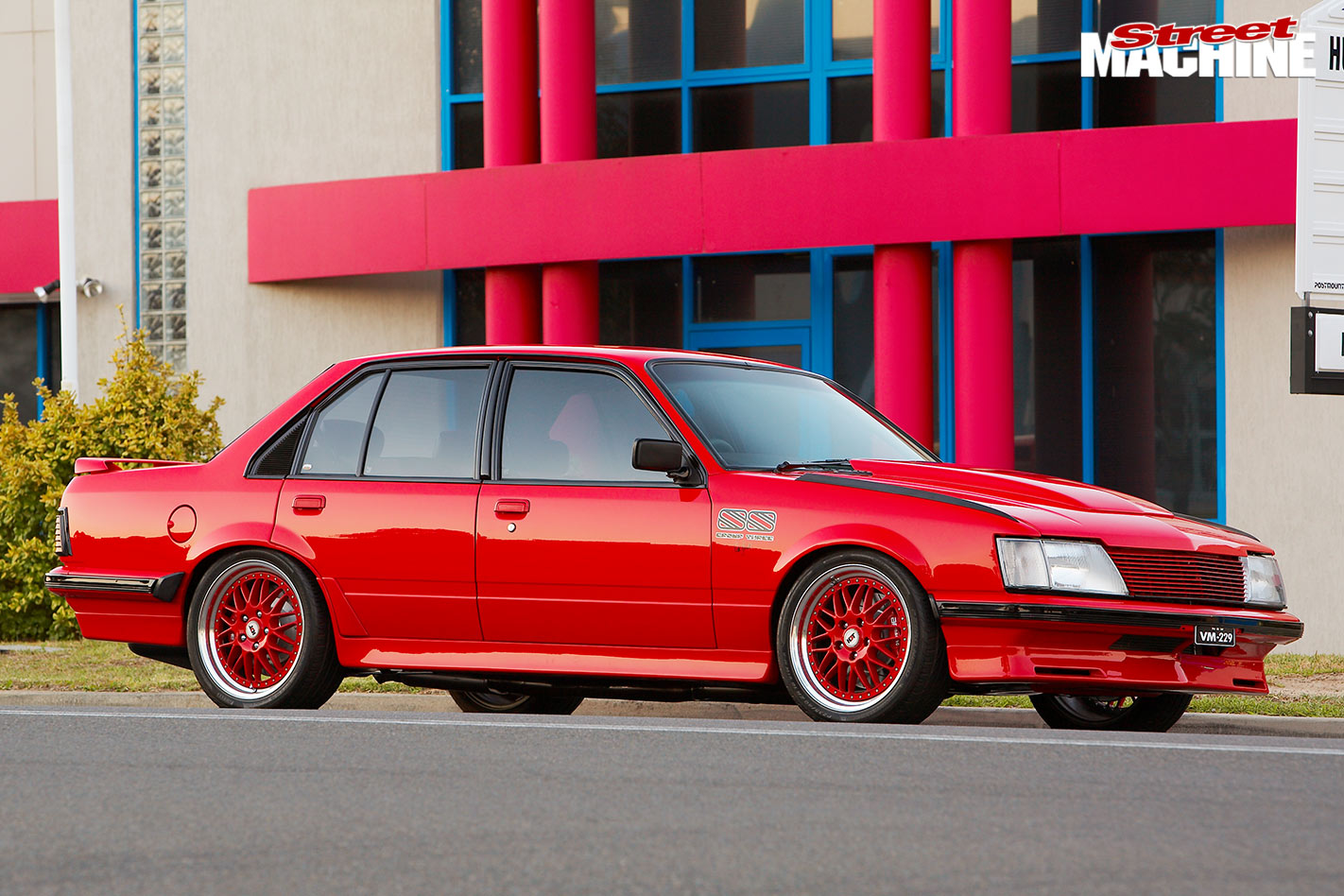 Occasional use meant the car racked up little more than 100,000km over the next 15 years. It saw a bit of track time, too, Vince belting the bitumen with the HDT club. Even by 1990, it was still clean enough to earn Best Group III trophies at shows. Until …

“I was buzzing along a freeway one day and the harmonic balancer spun off the crankshaft,” says Vince. “I had someone look at it and they said because the crank was damaged, it was an engine-out job. So I wondered what we could do to make it go better.” 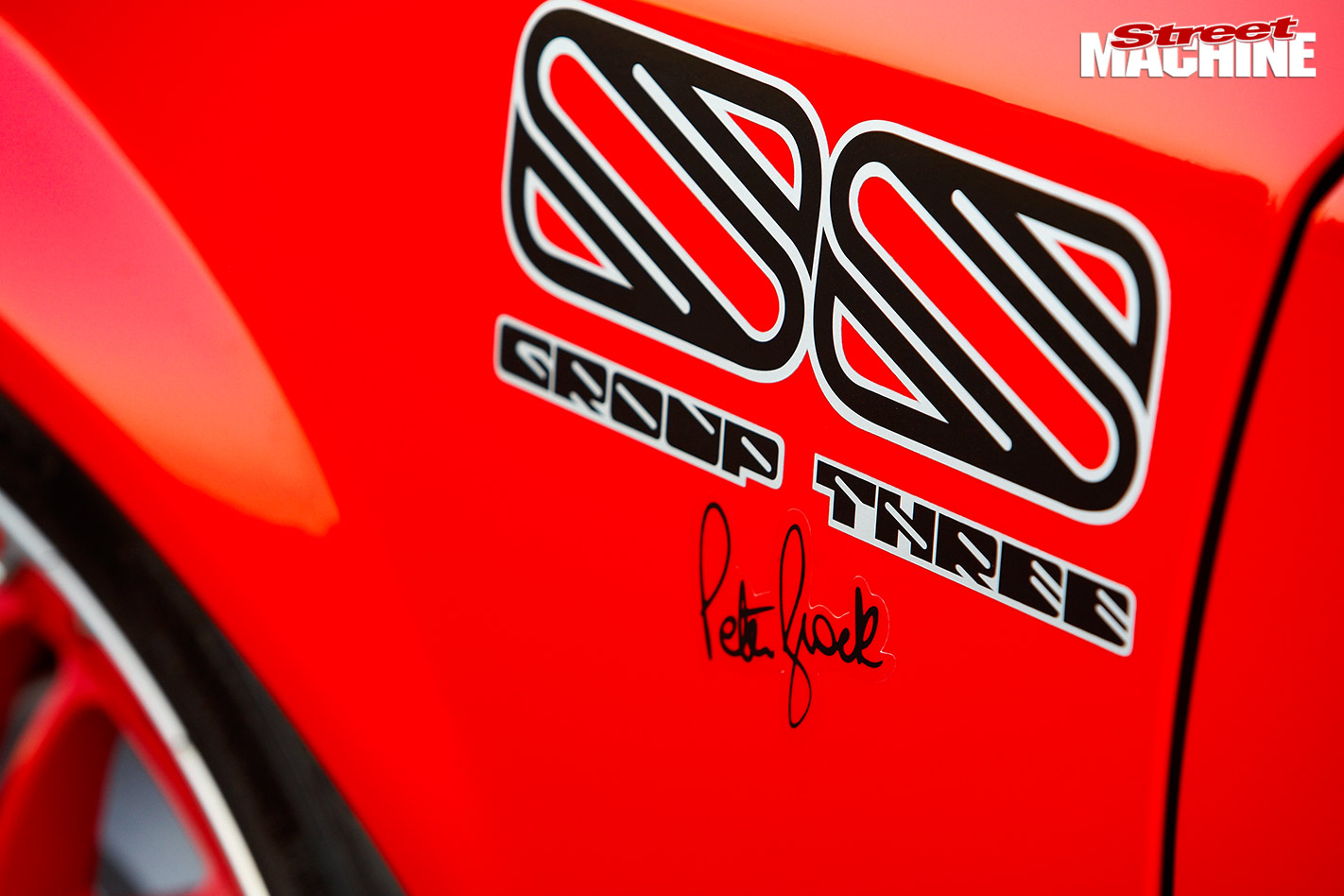 Modified heads and a stroker crank topped the list but the experience wasn’t a happy one.

“To cut a long story short, the engine was fuming from the moment I got it back,” he says. “With the bonnet down, you could see the fumes drifting out through the vents. There was a smell of fuel and oil inside the car. It went hard but for only three weeks before it spun a bearing. Ruined. The engine builder implied it was my fault because I didn’t check the oil. 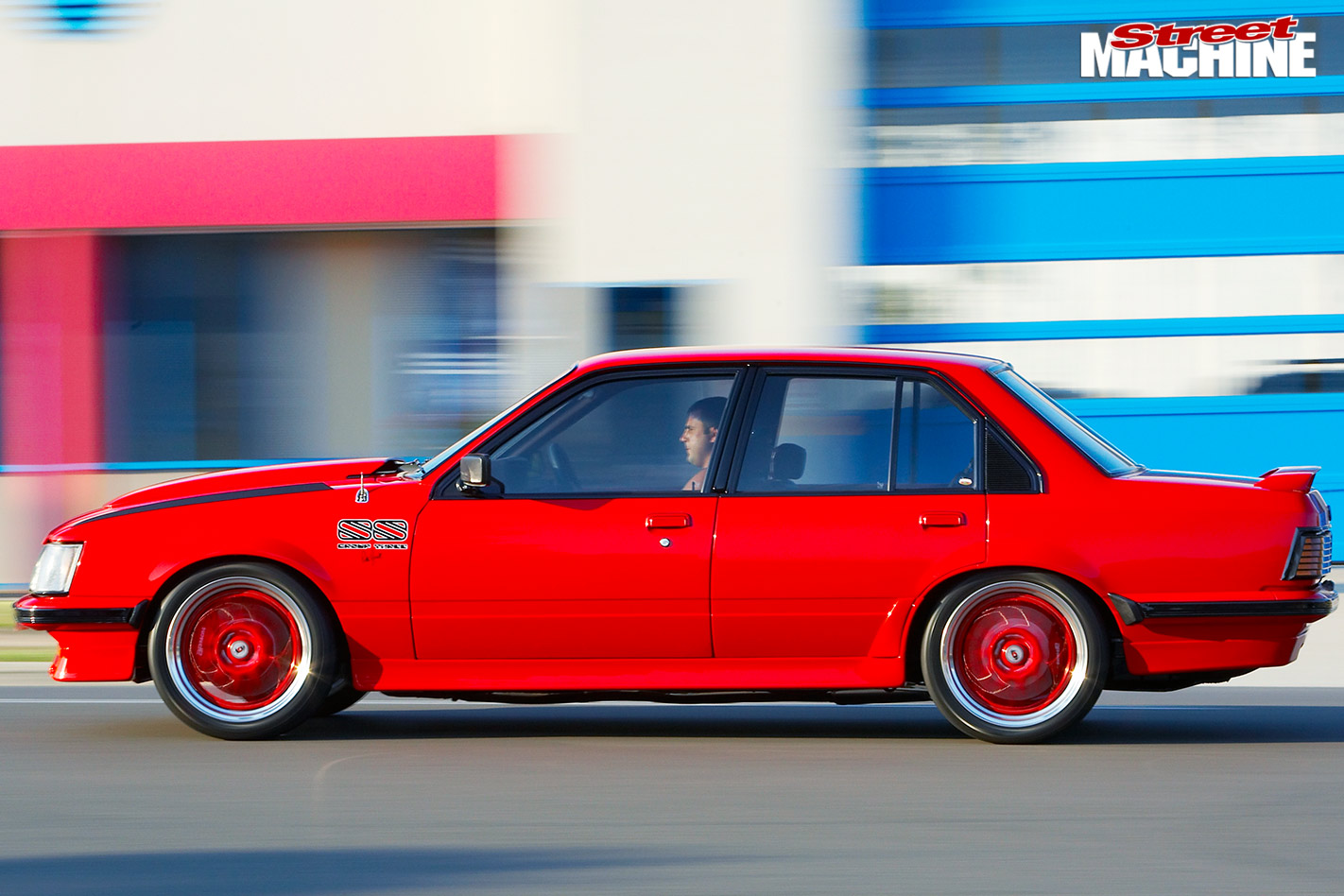 “So I started making enquiries and one name kept coming up: John Kuiper in Hoxton Park. I took everything to him and he rebuilt it properly. Another bloke — Joe Muscat — tunes it.”

The SS retains its original blue block but it’s swallowed a Harrop stroker crank to lift capacity to 5.7 litres. The heads are sequential-port VN, fed from a Harrop high-rise manifold and Barry Grant 750 carby. A fat solid-lifter valvetrain is closed by Crane springs and the pistons are ACL items squeezing 10.5:1 compression. Vince is happy; the big rig spins to 7500rpm and makes 480+hp at the flywheel without filling the cabin with fumes! 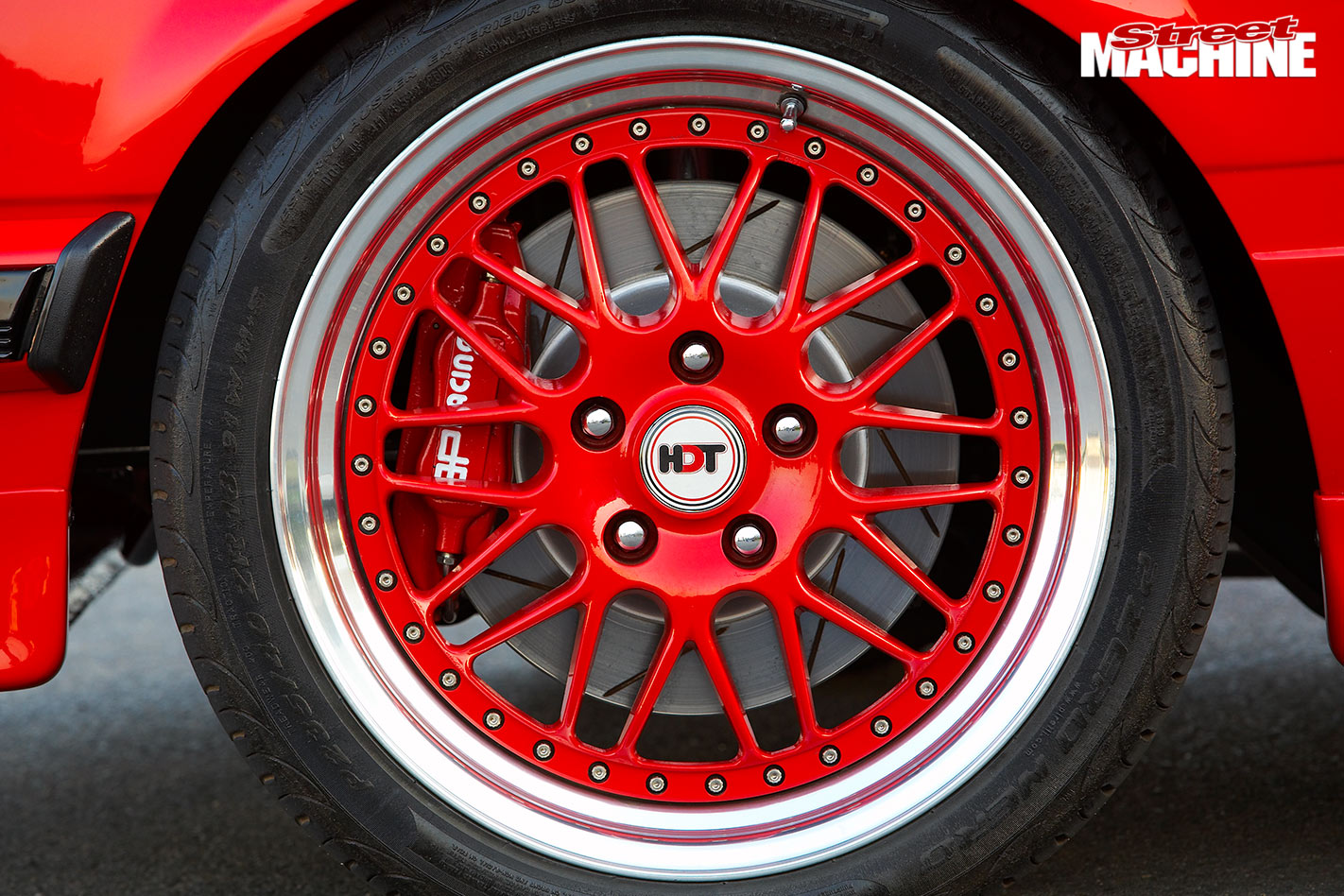 Naturally, having the donk out was a perfect opportunity to freshen up the engine bay.

“I took it to a panel place and had more dramas,” he laments. “I won’t bore you with the details but I ended up taking it to Frank’s Panel and Paint.” 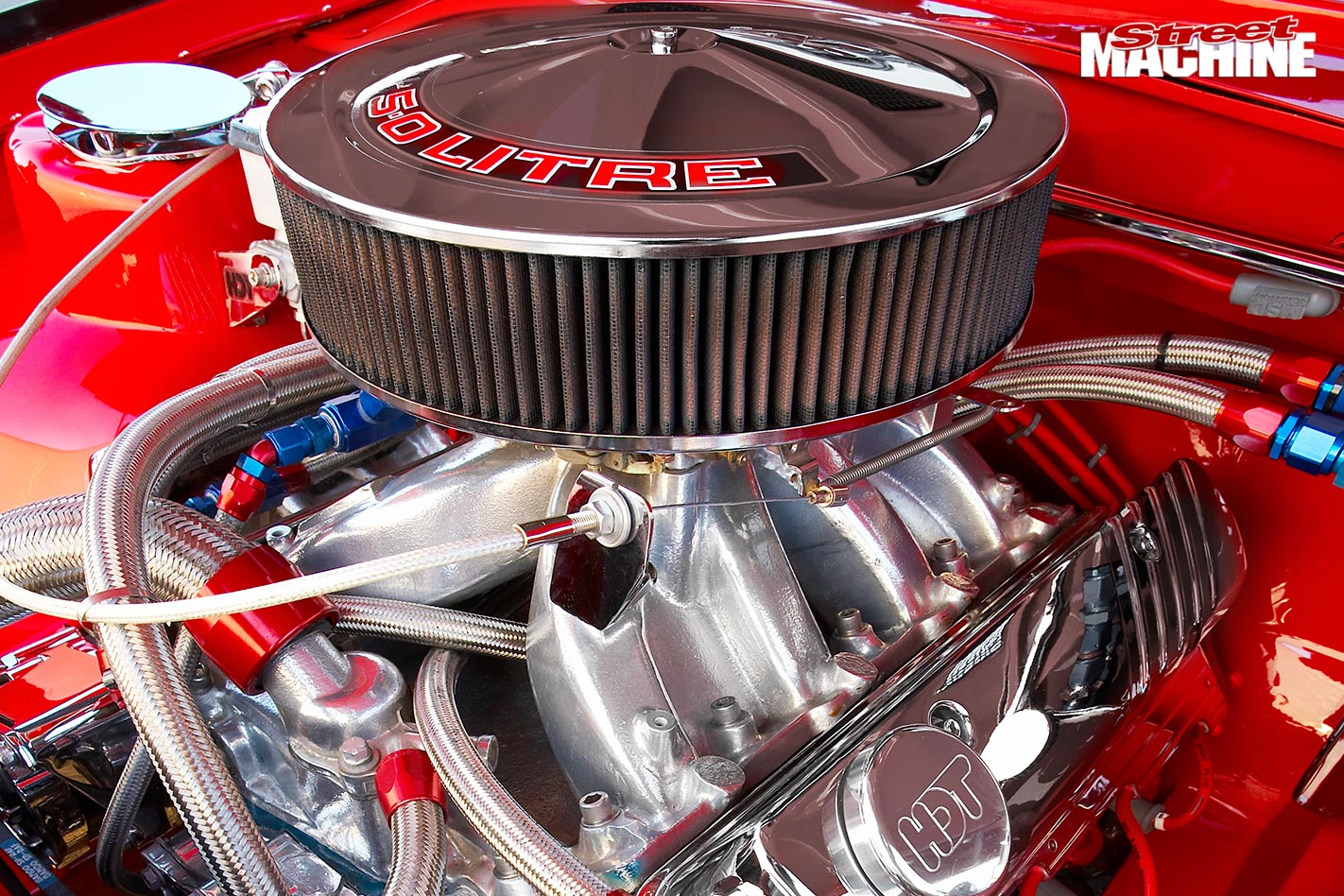 “There’s a lot of hidden detail,” says Vince. “Frank’s modified under the bonnet, inside the engine bay and under the crossmember.”

The interior was also restored to a ‘super stock’ standard. “About five years after I bought the car, I tore the driver’s seat and couldn’t find the original material to fix it so I had it all retrimmed in leather. This time around, while the motor was out and all the body work was going on, I decided I wanted a set of the HDT optional Scheel seats. I answered an ad in the Trading Post for seats; the bloke selling them was a motor trimmer. I told him how I’d wanted original trim but it wasn’t available. He said: ‘I can get it.’ Not only did I buy some seats from him but he retrimmed the whole lot.” 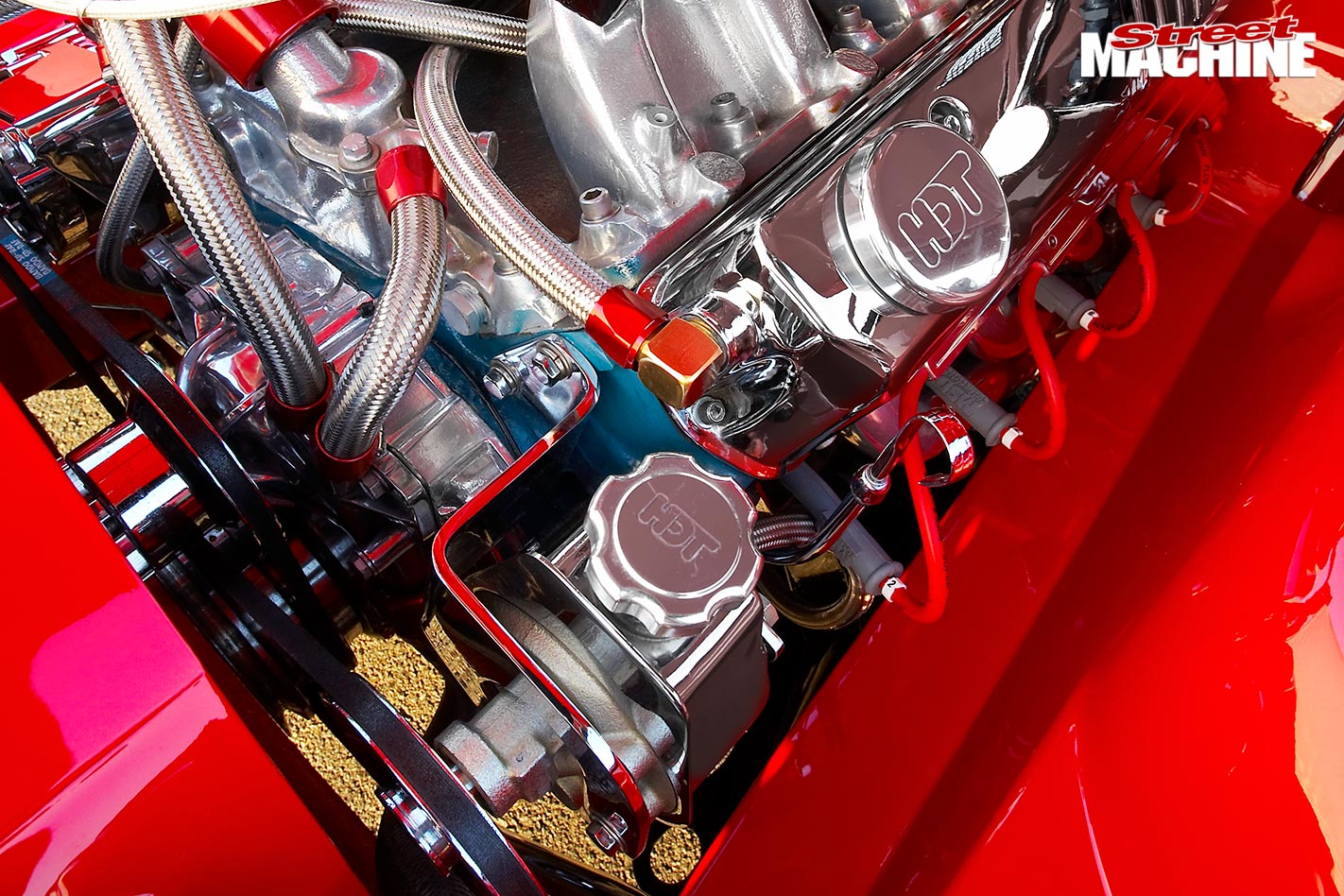 The car is set up for corners rather than quarters but Vince’s sons have taken it to the drags. 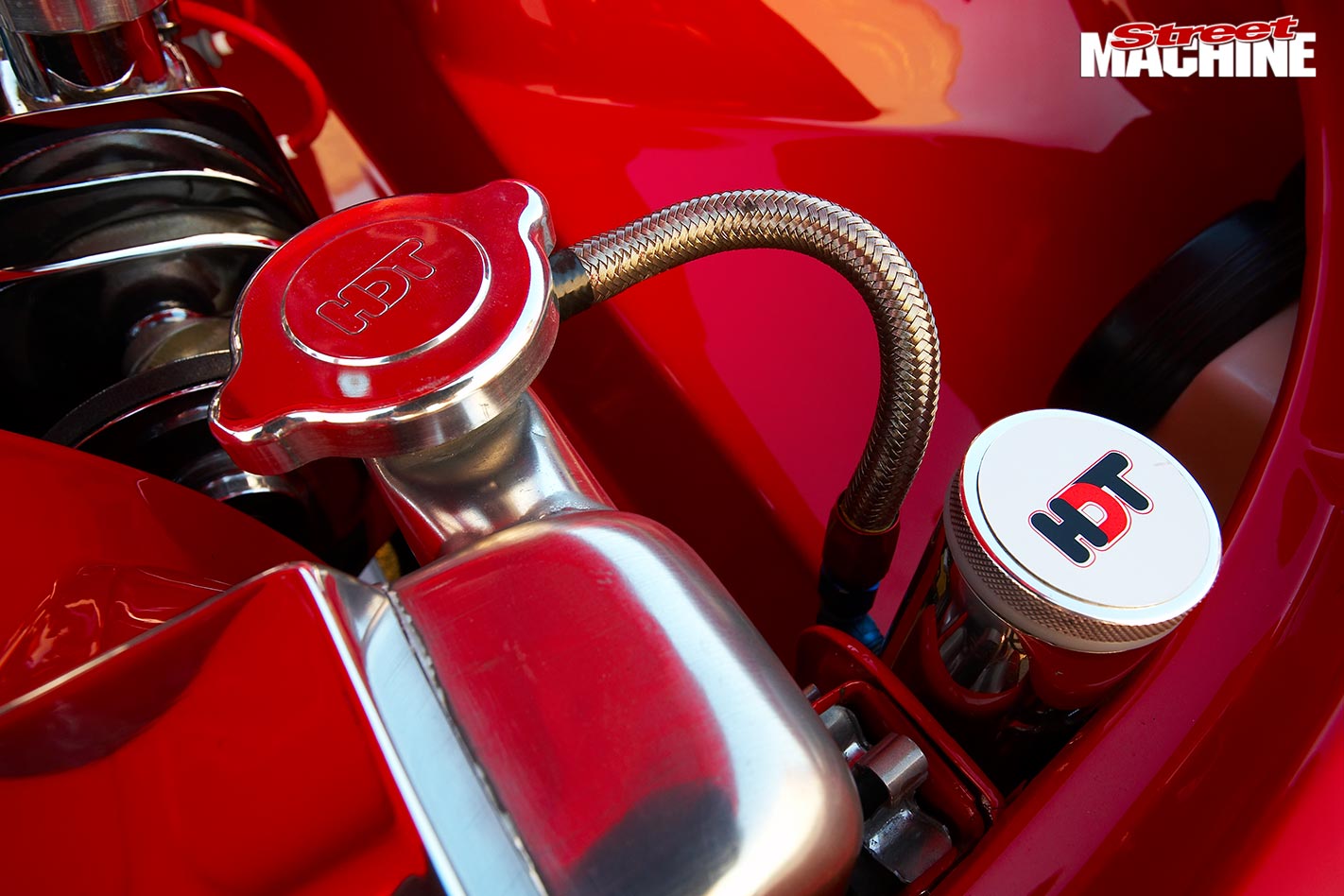 The standard brakes were “pretty crappy” Vince reckons. “I’d upgraded them with VL front calipers years ago but I wanted better for the new engine. It was a toss-up between Harrop and AP. I chose the APs because they came in red to match the car.” 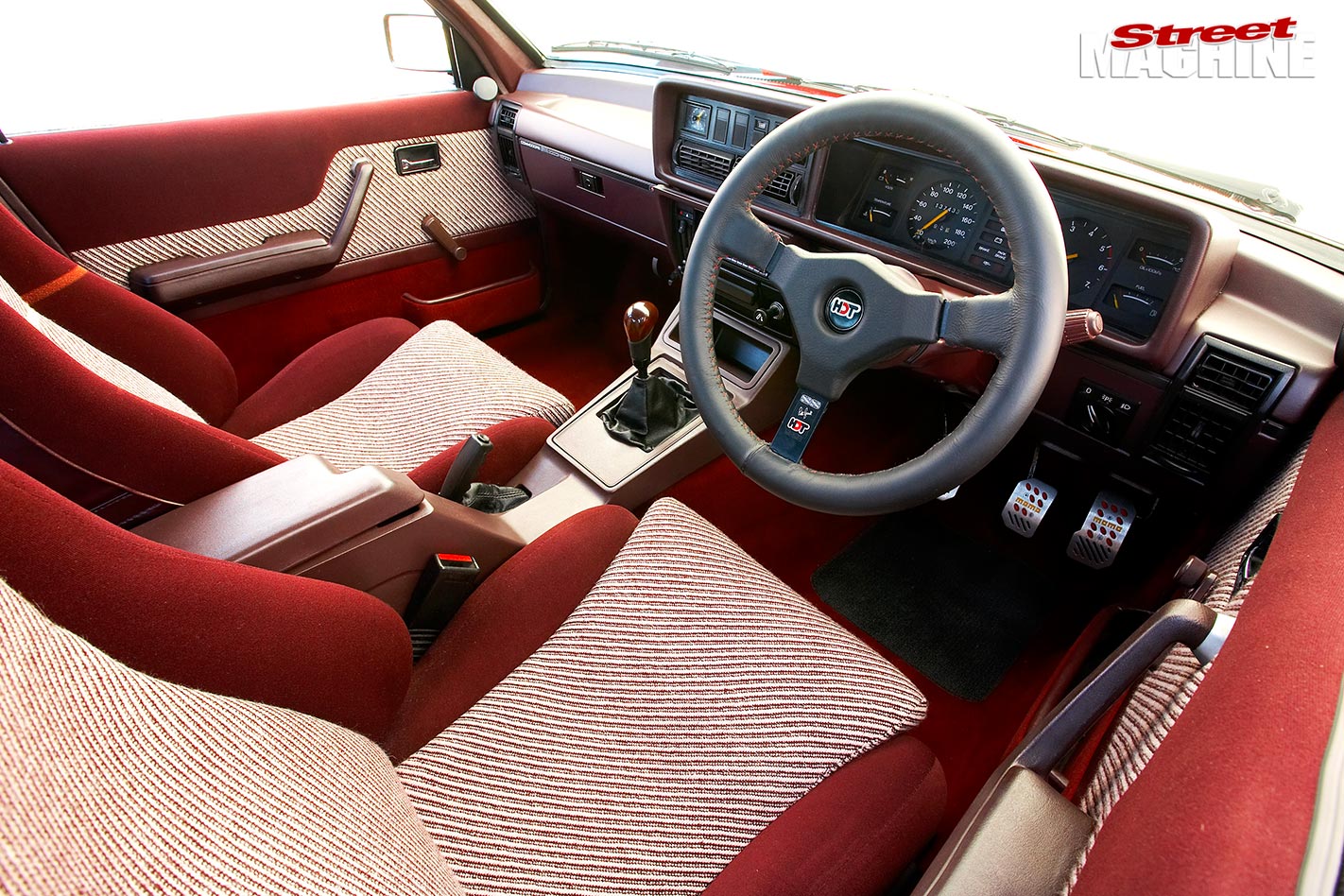 “Most big wheels look too modern for the VH, “ says Vince. “But these suit the car perfectly.”

Group IIIs had Bilstein shocks and Vince retained the brand. “I’d already spent some money on the suspension with a bloke by the name of Wayne Bell,” he says. “He had them re-valved basically to the same specs as the old race cars. On a smooth road they feel like silk. But you hit a lane-divider and it’s like hitting a pothole! 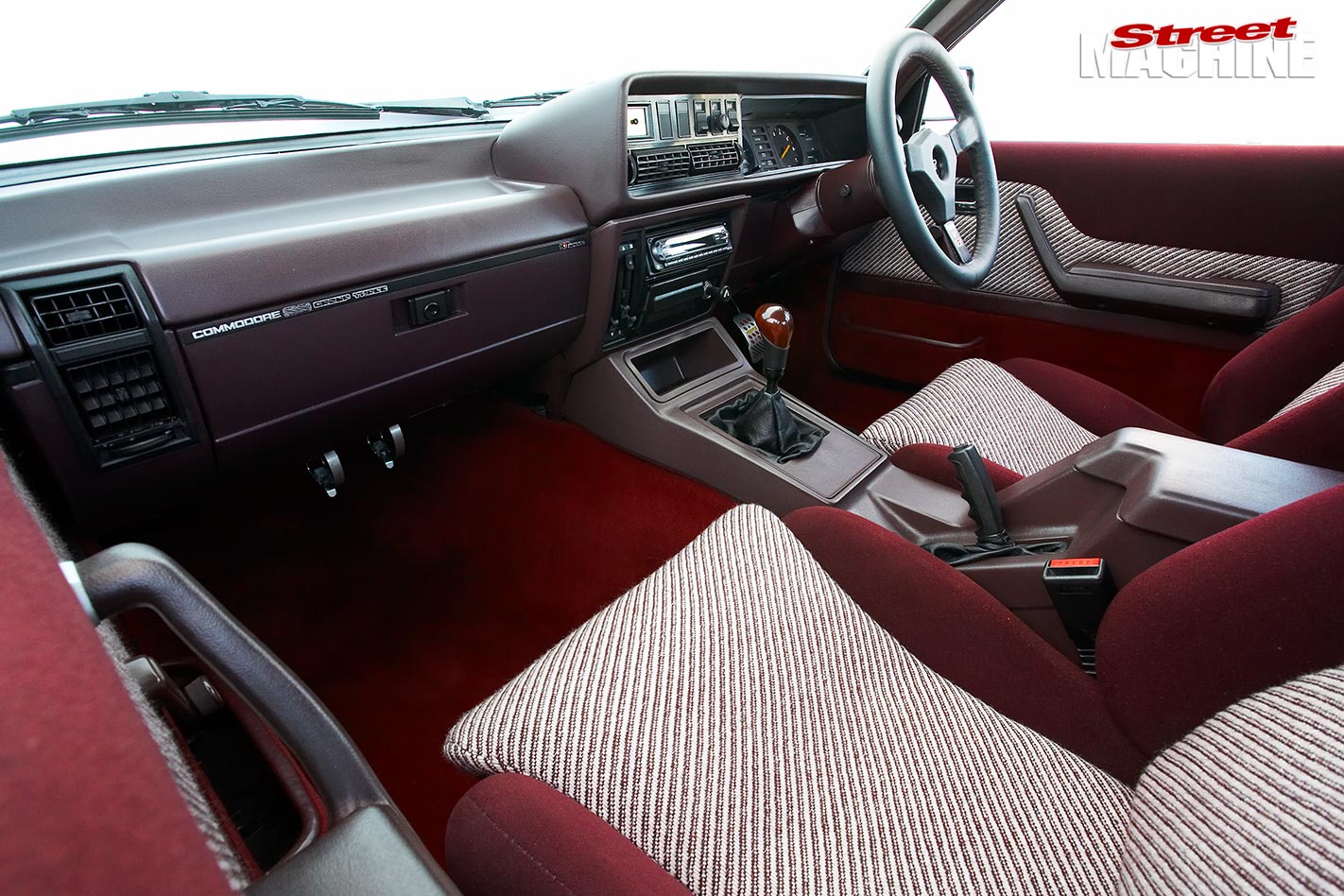 “Some Holden enthusiasts don’t like it because it’s modified but I’ve had plenty of Ford blokes come up and say: ‘Hey, I’m not a Holden fan but this looks good.’”

Vince’s own words best sum up the achievement: “As far as I’m concerned this thing was perfect — but we’ve made it better.” 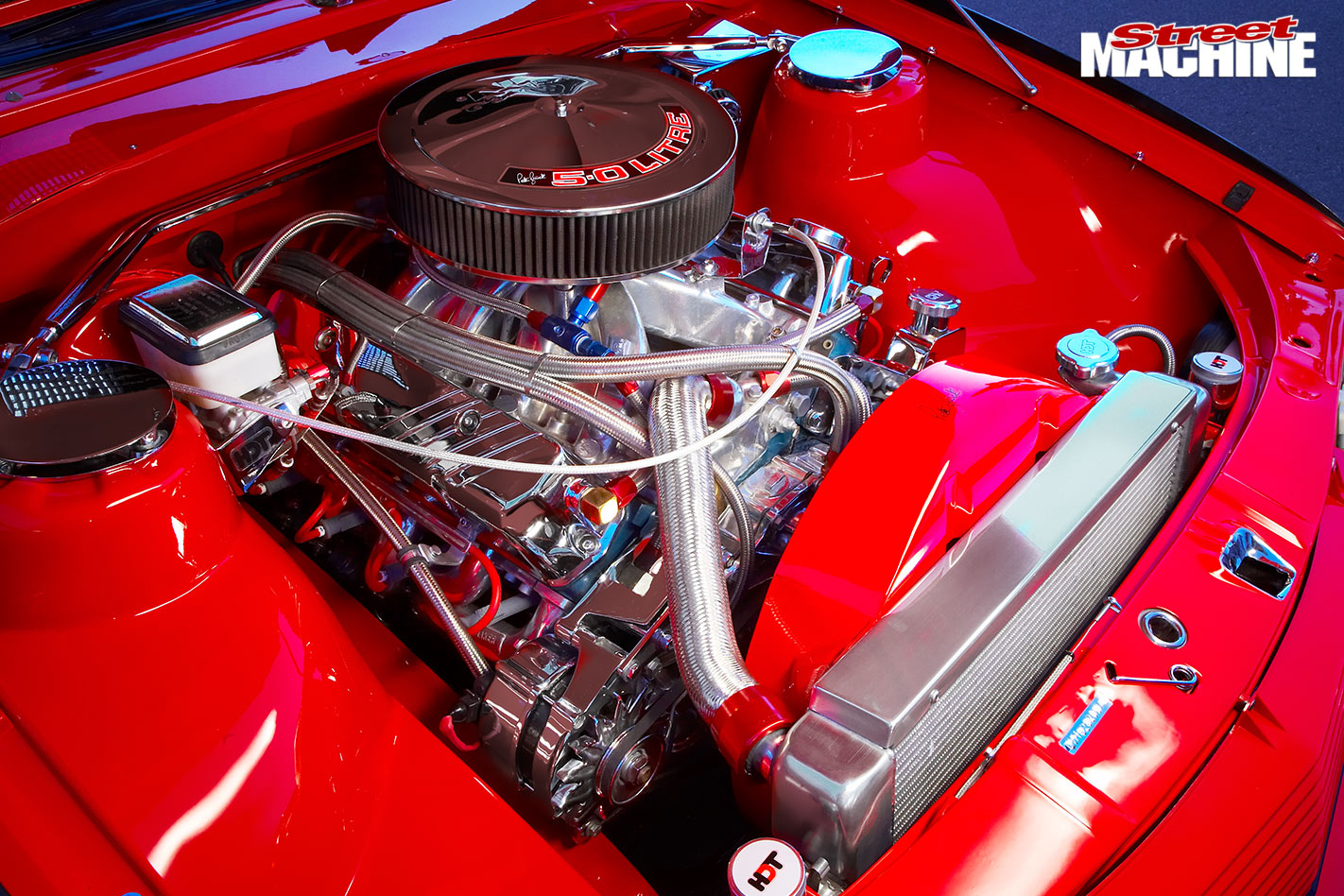 Franks Panel and Paint has added plenty of its famous ‘less is more’ detailing to the engine bay. The coolant and washer bottles, along with the battery, have been relocated out-of-sight and the strut towers and chassis rails have been smoothed. Each strut now wears a polished cap to finish the ends of the strut brace’s span.

The original Group III bonnet scoop was non-functional but Vince’s high-rise Harrop manifold places the carb through a hole in the plastic-smooth bonnet. There are also gas struts for the bonnet, a neat wiper motor shroud and painstakingly polished and painted rocker covers. The final touch is the Peter Brock signature on the perfectly painted fan shroud. 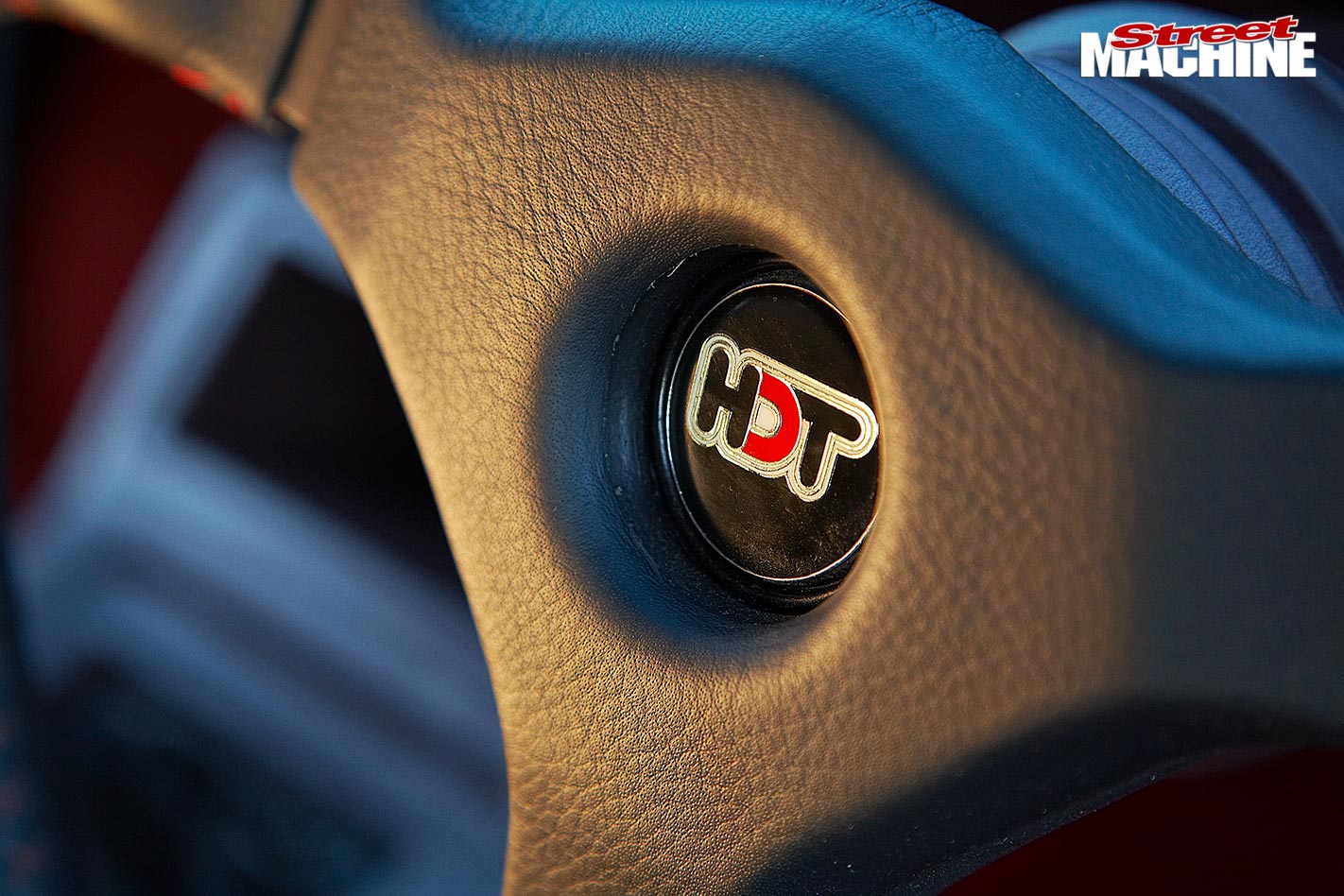