Do you like tonners with a lot of power? You'll love this.

IT’S A shame it was raining during the photo shoot,” David Gibson, the owner of this sweet HQ tonner says. “I told Jordon that if it wasn’t pissing down with rain, I’d like to do a cook.”

“He just laughed it off and thought I was pulling his leg, but I said, ‘I’m not joking!’”

A cook, for those not versed in the vernacular, is a burnout. You might think he’s mad for punishing such neat ride, but David says he never wanted an elite hall car when he bought the ute eleven years ago. 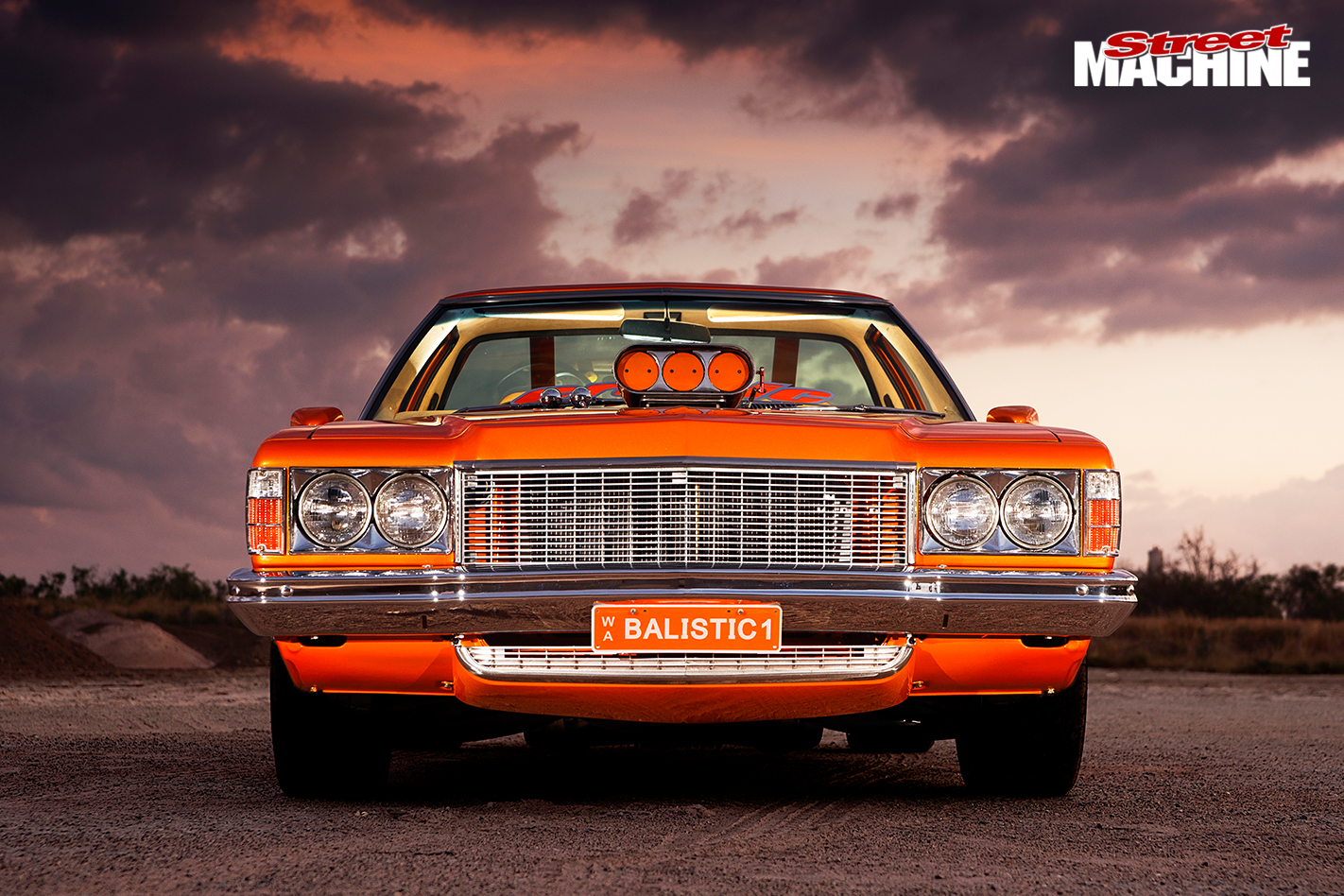 “It wasn’t anything flash, just a stock 350 with a wooden tray,” Dave says. He yanked the 350 cuber out and got Adam Utley at Pulse Mechanical to race prep a 400ci small block.

Adam put together a sweet powerplant; employing Brodix heads with Yella Terra roller rockers, TRW forged pistons and Total Seal file-back rings. Feeding the fire is a 950cfm Holley, while wasted gases exits through a set of custom headers measuring 2in at the primaries with 4in collectors and 3in pipes. But once the engine was finished, other deficiencies quickly became apparent. 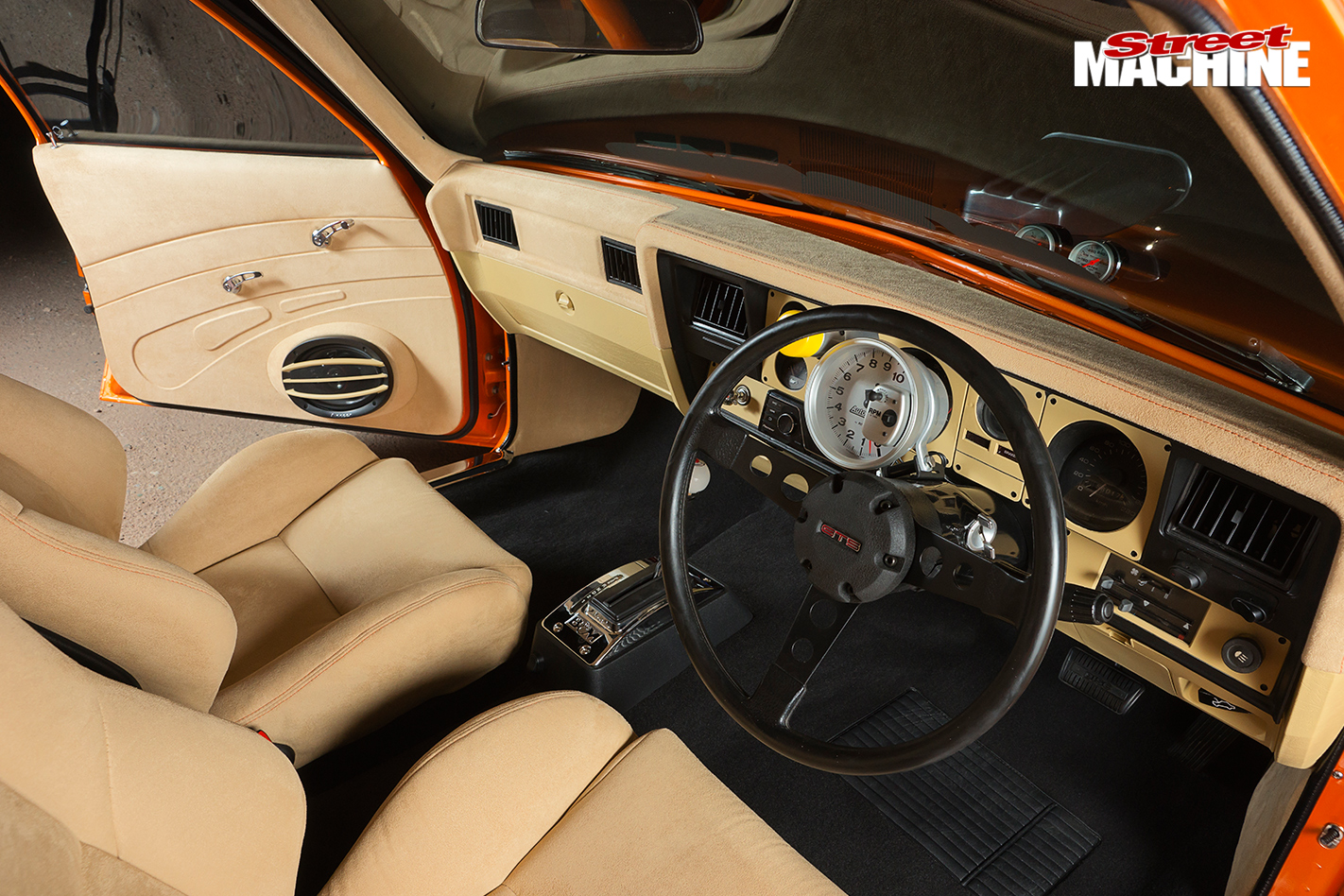 “You can’t just plonk in a 400 Chev with all the fruit and expect everything else to work,” Dave says. “It had a Salisbury in it, so in went a fabricated diff, and the T400.”

Very few of us have the time or coin to finish a build in six months, and so it was with Dave’s tonner, which took nine years in total. Dave maintained his focus though, with getting the bodywork right a real priority.

“Being a steel fabricator, I figured I could do the tray myself and I went over to Summernats to get a few ideas and see what the quality was like,” he says. “Everyone had the flat tray with the wheel arches in so I wanted to try something a bit different.” 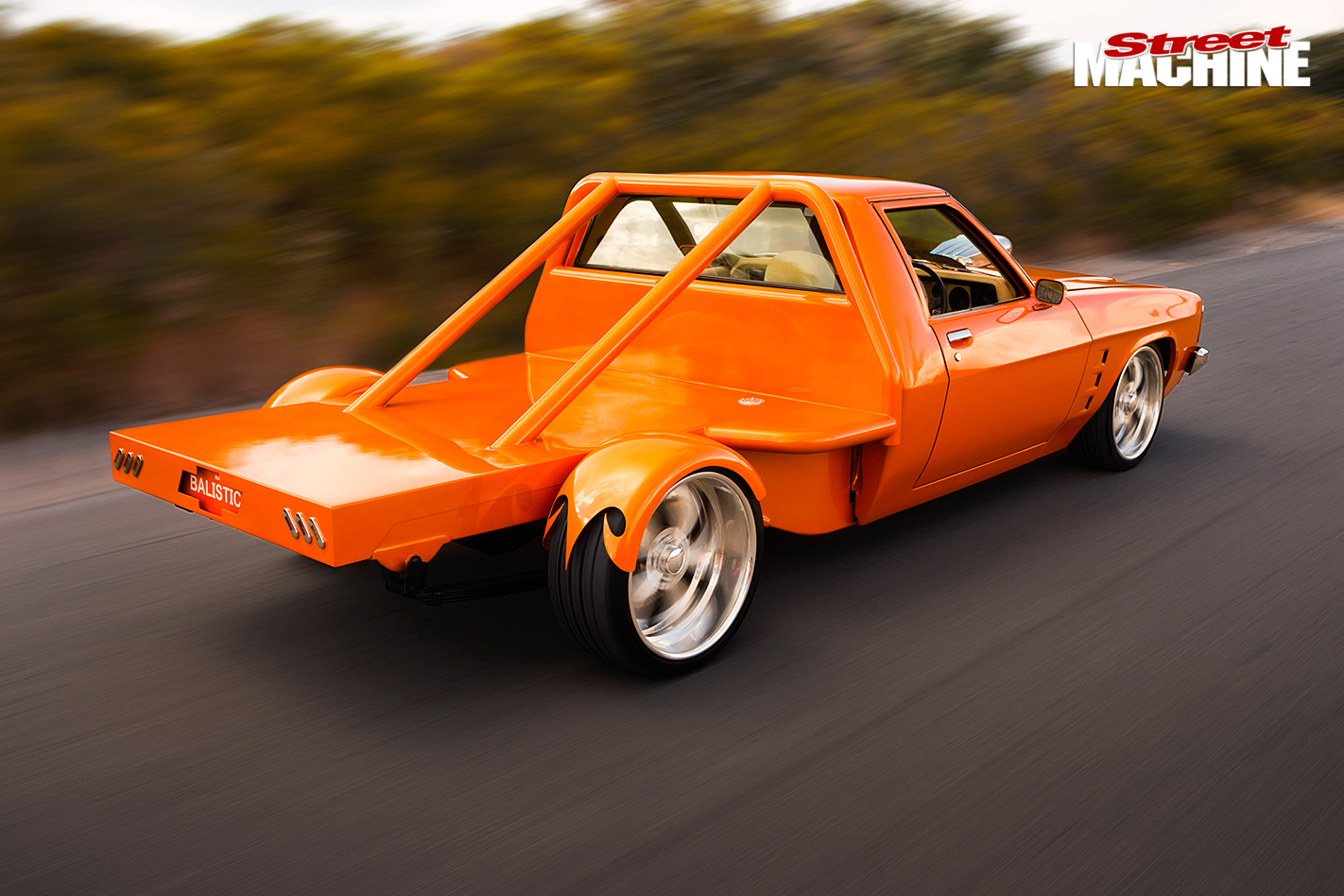 He squared the tray, trimmed the chassis to the spring mounts, and settled it over the wheels. The rear guards might look pretty close to the tyres but that’s because Dave has cleverly mounted the mudguards to the diff to maintain the same clearance regardless of what the back axle is doing.  He also cut the Bowtie numberplate surround at the rear and fitted LED lights he sourced from a Hella catalogue.

“I took two weeks off work just to do the tray, but ended up spending the whole time on the chassis,” he says. “I ended up cutting off the tray mounts and sheeted in underneath where they had the fuel filler. Basically it was just welding up things and making it pretty.” 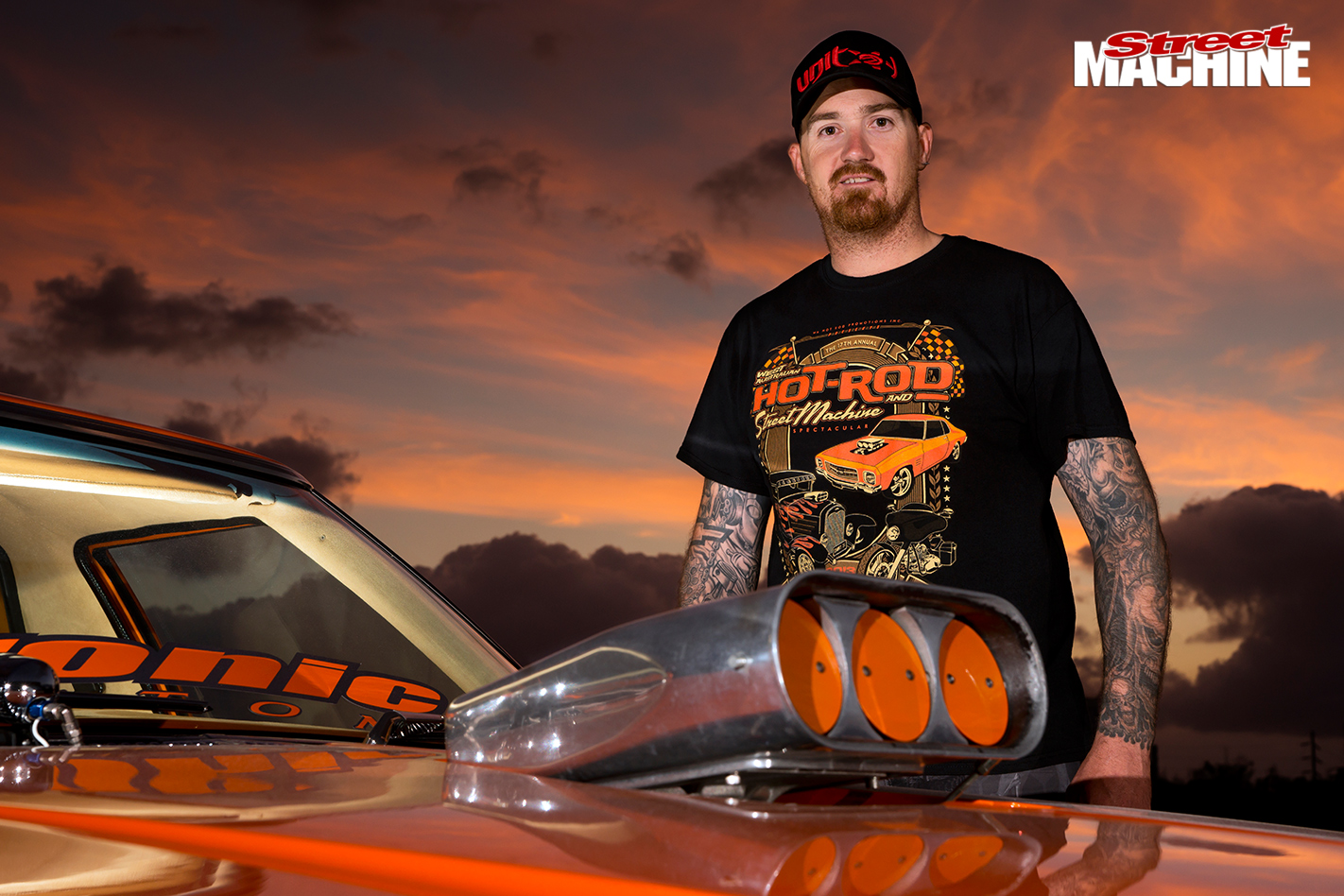 Dave also paid particular attention to making everything fit snugly, especially the panel gaps and the bonnet hole for the bug catcher. “I cut that so it would be just 5mm all the way around, but trying to keep everything so close really caused me some grief,” he says. “Once you get everything just right and then you put the tray on, it changes things, and then hitting a bump on the road or something causes things to flex, so it was a real challenge to have keep those close gaps but so they wouldn’t rub.”

Finding the right colour proved to be pretty simple, and while it might not be that unusual today, at the time there weren’t many cars around in blaze orange. 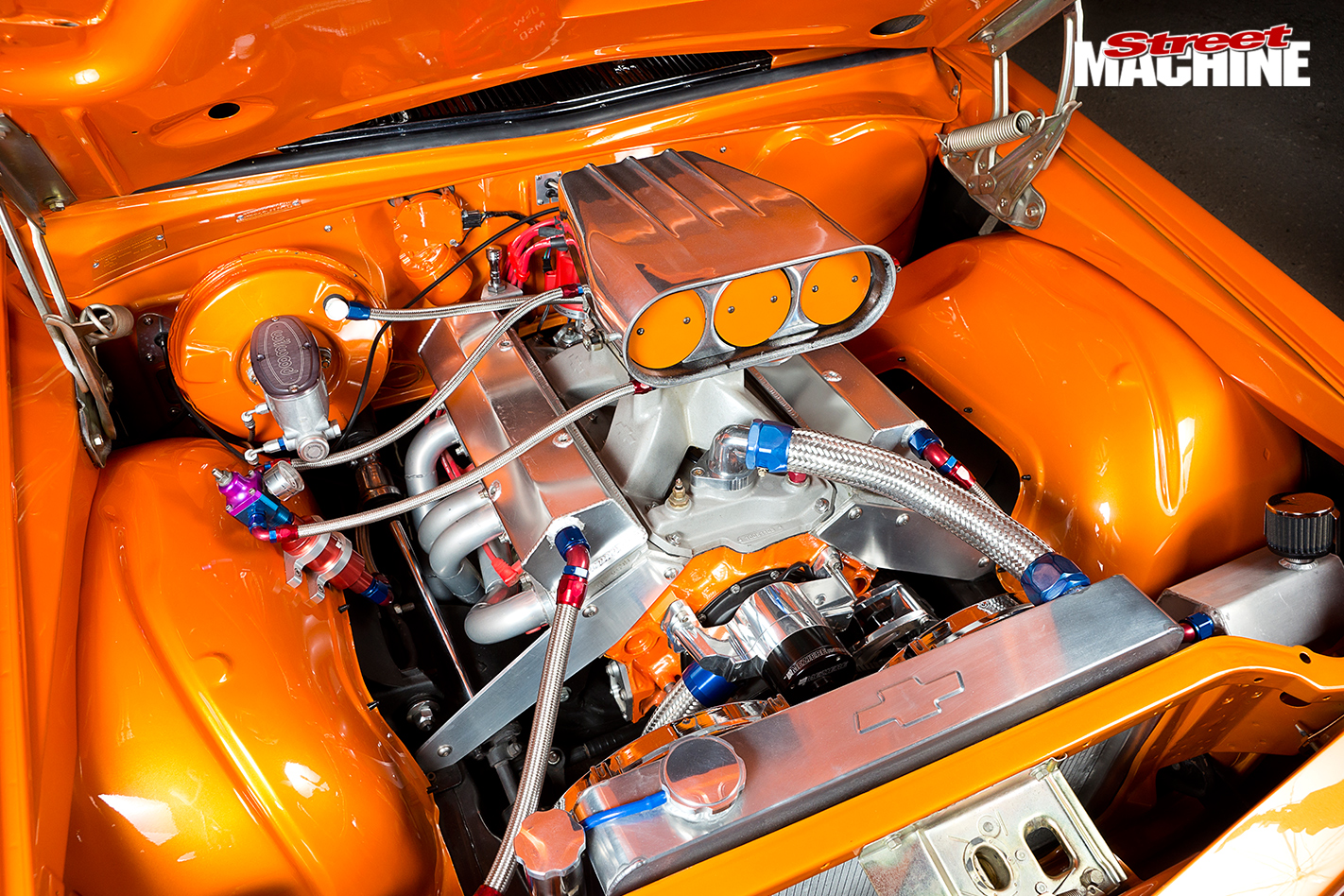 “I saw this new Ford Focus getting around and glowing out and I thought, ‘Whoa, shit! That’s off its head!’ and had to have that colour,” Dave says. “That was before orange became more popular.”

Inside Dave wanted to keep something of the old school with some nice touches and went with billet door handles first. “When I went for trim, I wanted a bit of a design in the door trim and Chris from Trim Care used the door handle design to come up with something pretty cool,” he says.

Not everything went as smooth, especially when it came time to fit the brakes. 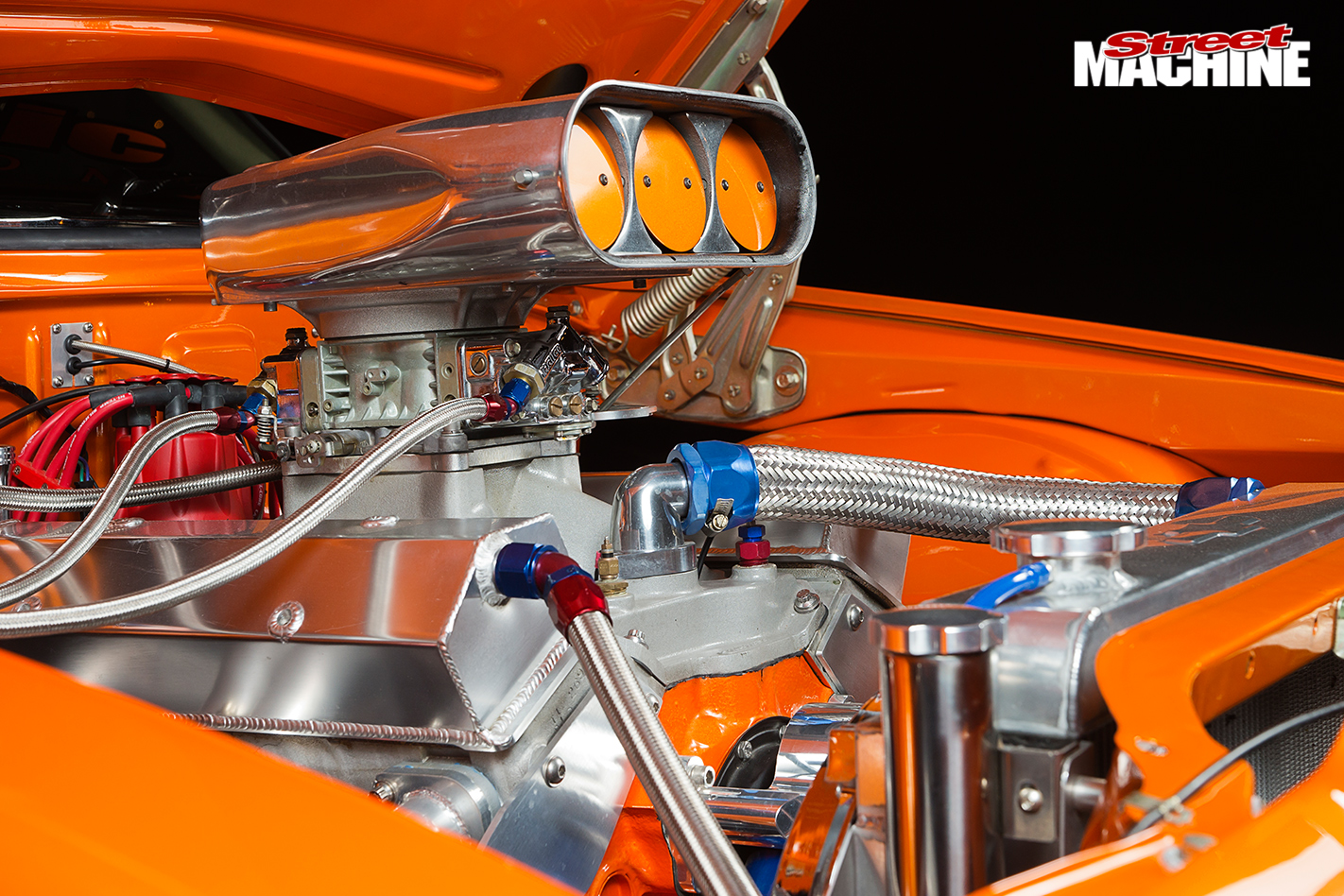 “I had to have a big, bad set of Wilwood brakes on it, but they didn’t build them for Holdens. Anyway I found someone here who had a kit for $3500 with a conversion kit for another $3000, and they said they’d fitted them before and it’d bolt straight on no problems. I bit the bullet and spent the money, but it was just shit. Nothing fit. I got completely ripped off and I had to go to Castlemaine Rod Shop to make up drop spindles for it.” 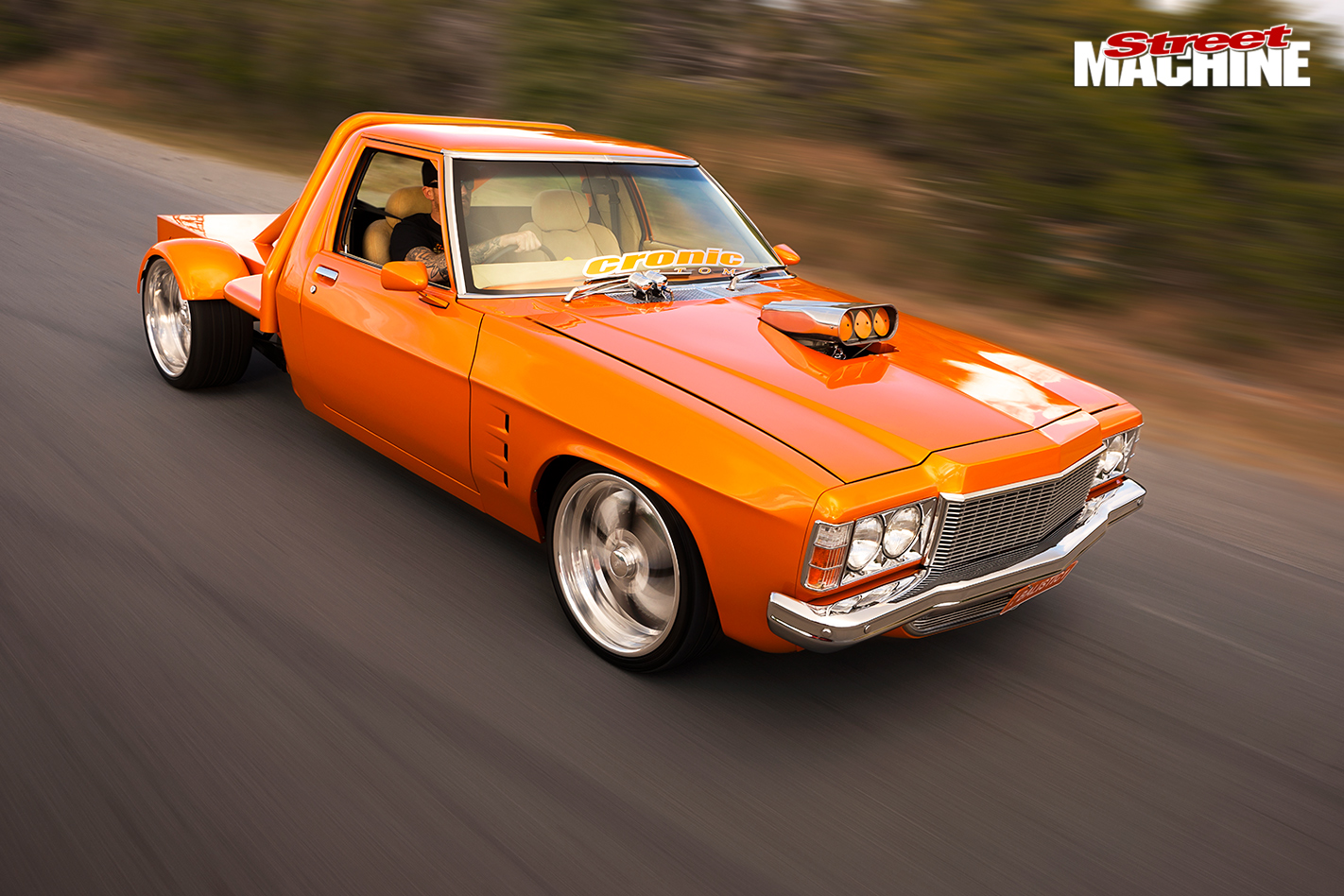 With everything together and running, Dave has been no stranger to shows, already clocking up 500km and collecting silverware along the way, but there’s one box he still wants to tick.

“I’m curious to see how the smoke would go coming through the rear guard pattern,” he laughs.