AS A 10-year-old kid, Jamie McKay became infatuated with a Sebring Orange Monaro that was parked near his grandma’s house. He might have only been a young fella, but he knew a tough-looking car when he saw it, and he resolved that when he grew up, he’d own one. 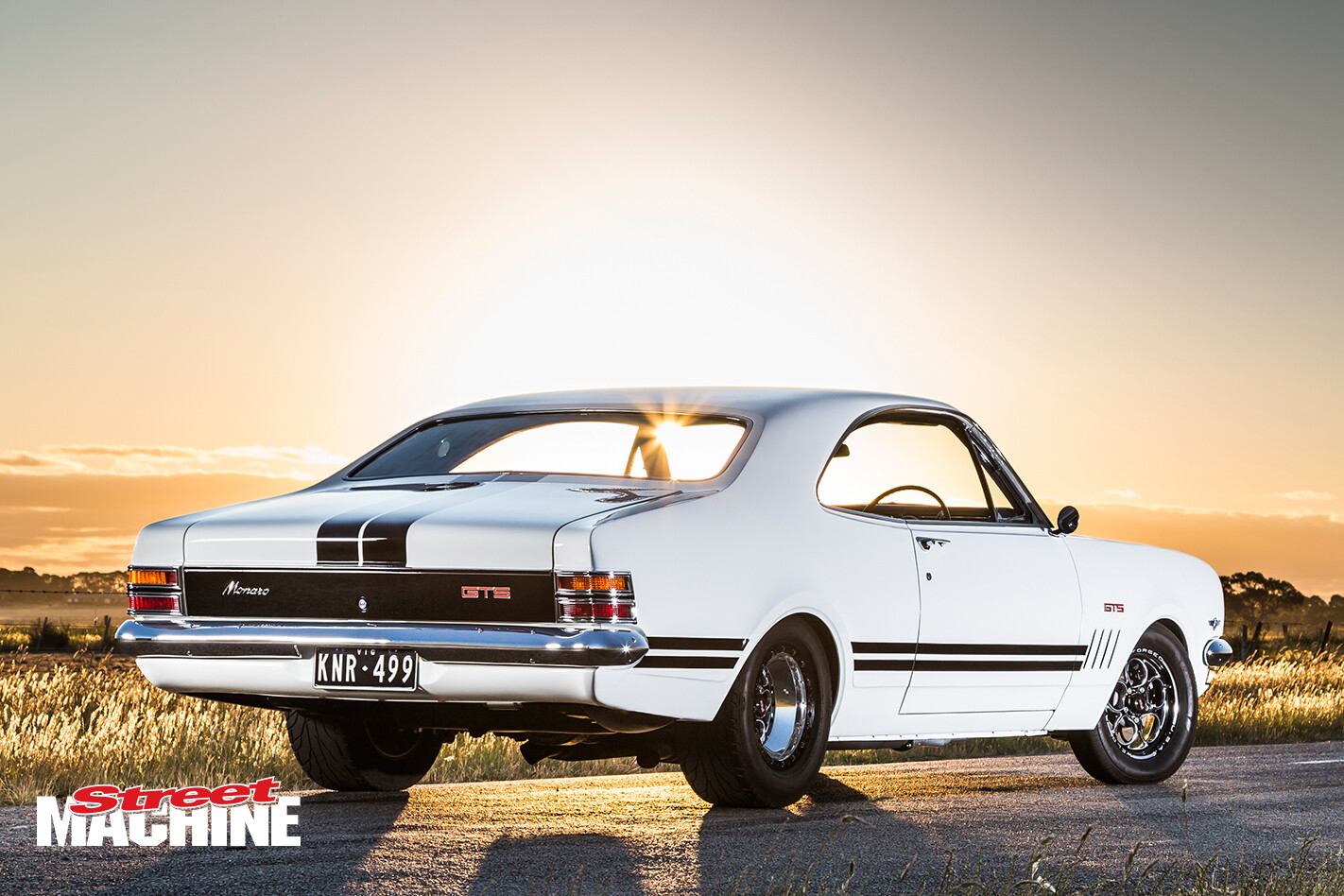 Winding the clock forward to 2007, the muscle car boom was in full swing and Jamie could see his childhood dream slipping away. “You used to see them all the time for four or five grand, then as I got older it got to the point where I had to do it – it was now or never because the prices were getting extreme,” he says. “After viewing a few of them, I came across this HT on eBay. It was for sale in Hastings, Victoria, not far from its birthplace of Dandenong, and as soon as I laid my eyes on it I knew I had to have it.” The car was a genuine 308ci GTS with all the tags and the original number plates, but it had been sitting idle in a garage for over 20 years and was therefore in need of a freshen-up. Jamie was on the hunt for a project though and the car had solid foundations, so he flicked his WRX to liberate the funds required to make the HT his. “There was a 308 sitting in the boot, but it wasn’t the original motor so I sold it off,” he says. “It also had the original 10-bolt diff, which I sold for $2000 – that paid for my nine-inch!” Jamie delivered the car to Bodyz By Nick in Ballarat so it could be sandblasted, placed on a rotisserie and treated to a full nut-and-bolt resto. Meanwhile, he got busy chasing down all the components he needed. “I travelled all over the countryside, sourcing the absolute best parts I could find,” he says. “I actually purchased five boot lids before I found one that Nick was happy with. I also managed to chase up a new-old-stock left-hand Monaro guard and left-hand door skin.” 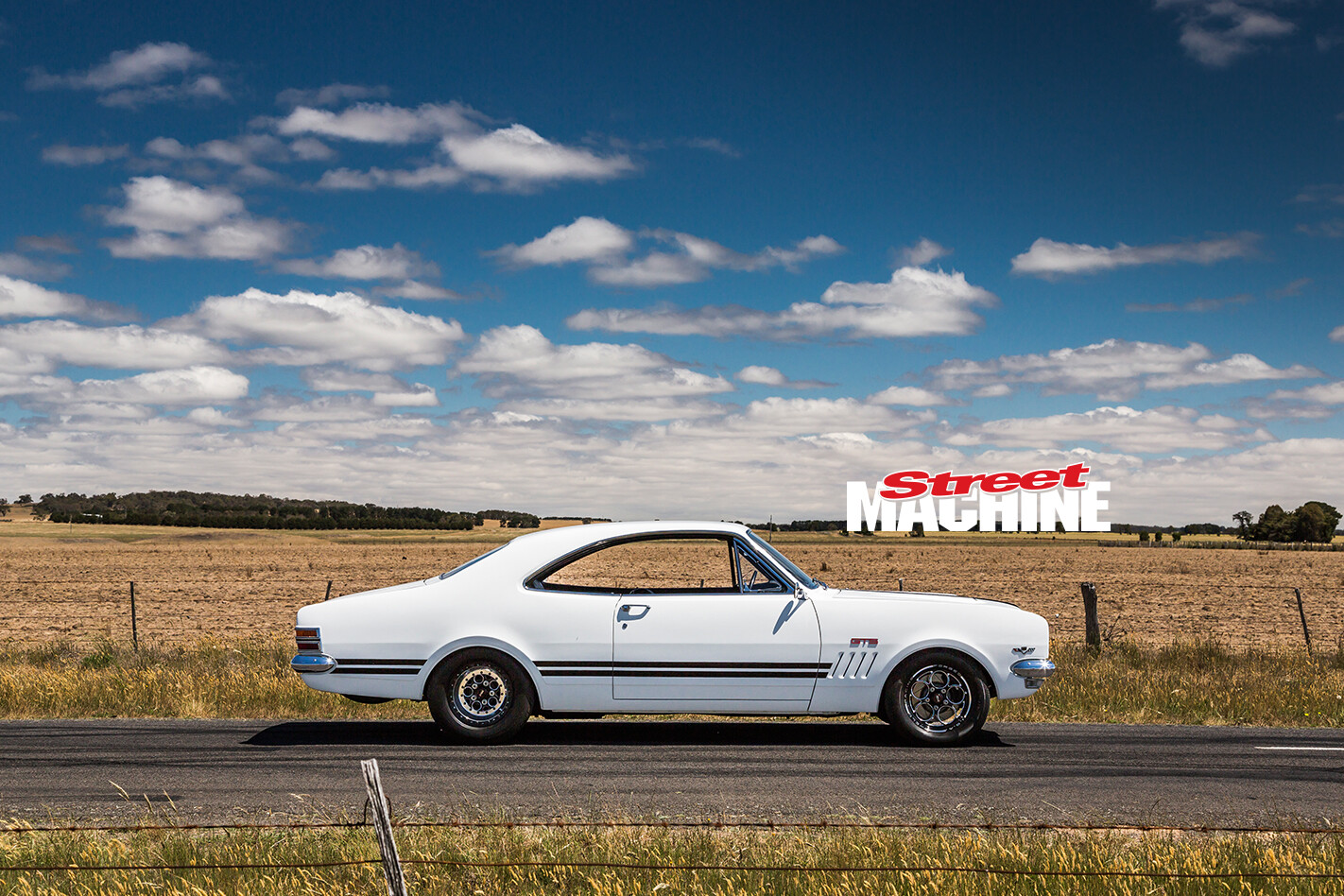 Obviously Jamie was pretty fond of the factory offering as it sat, because while the car is now beautifully detailed, it’s not a massive departure from standard. He worked hard to tastefully modify the car while retaining the factory flavour. “It’s an original-looking car but there are a lot of subtle improvements made – just the finer, one-percent details,” he says. “We used stainless-steel bolts throughout and I’ve shaved the writing off them and polished all the heads, even in places you can’t see. It took hundreds of hours, but I just plodded along and kept at it.” There are some modifications,however. The front stone tray was smoothed out, all surplus holes were deleted, and the bonnet cable was binned. The hood now opens via a lever through the grille, much like an LC Torana, with the factory bonnet catch shaved and smoothed. The bonnet subframe was also modified for air cleaner clearance. Not only is it a beautifully executed mod, but it also allowed Jamie to keep the motor under the hood so as not to interrupt the HT’s stirring lines. 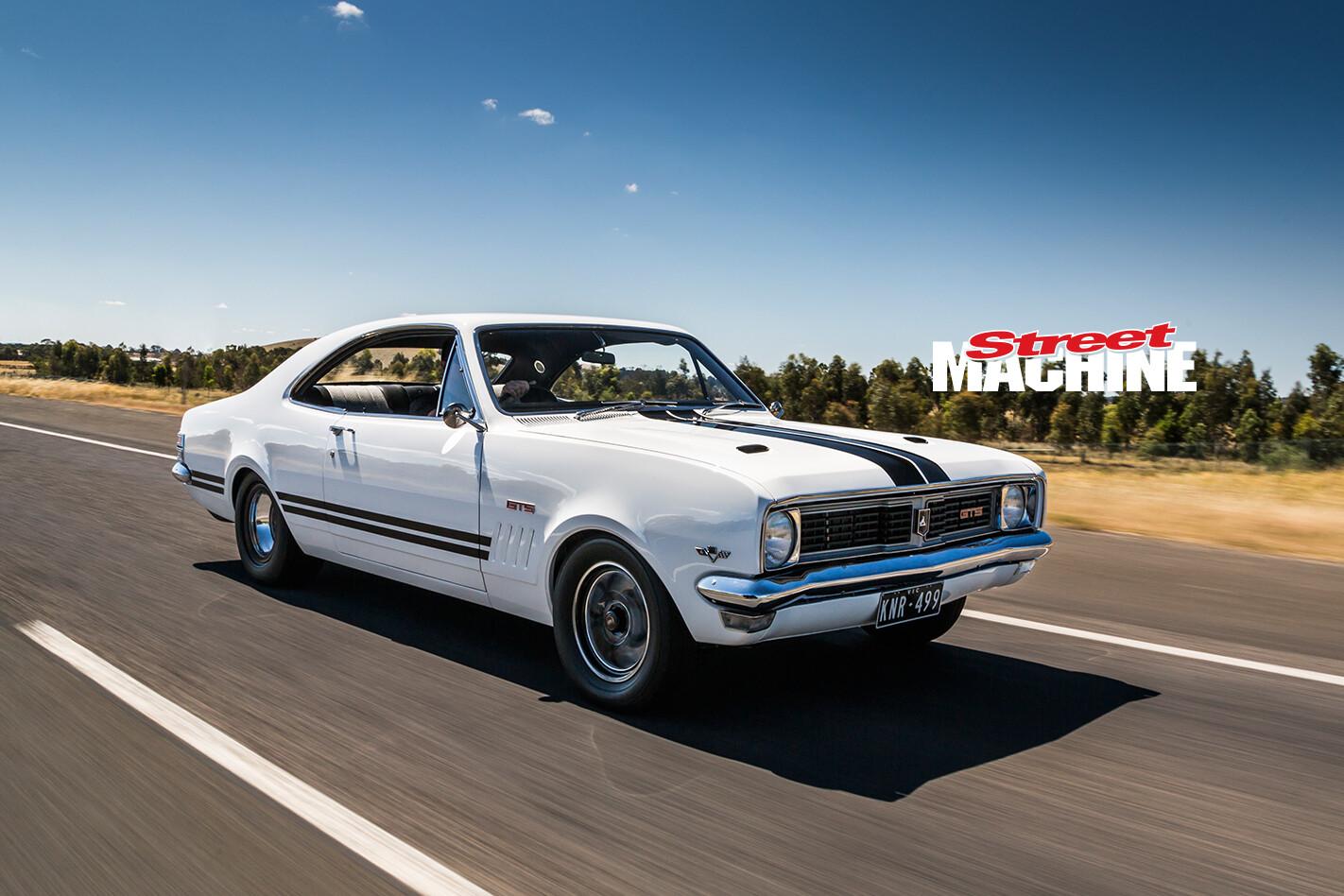 It might have been five years before the painted shell left Nick’s shop, but when it did, it was perfect. “Nick works by himself because he’s so fussy that he won’t let anyone help,” Jamie says. “I didn’t think it would take five years, but the finished product makes it well worth the wait. There were times I’d go over on a Saturday and give him a hand with prep work. Patience is a virtue and Nick repaid that by putting his heart and soul into the car. He really looked after me.” 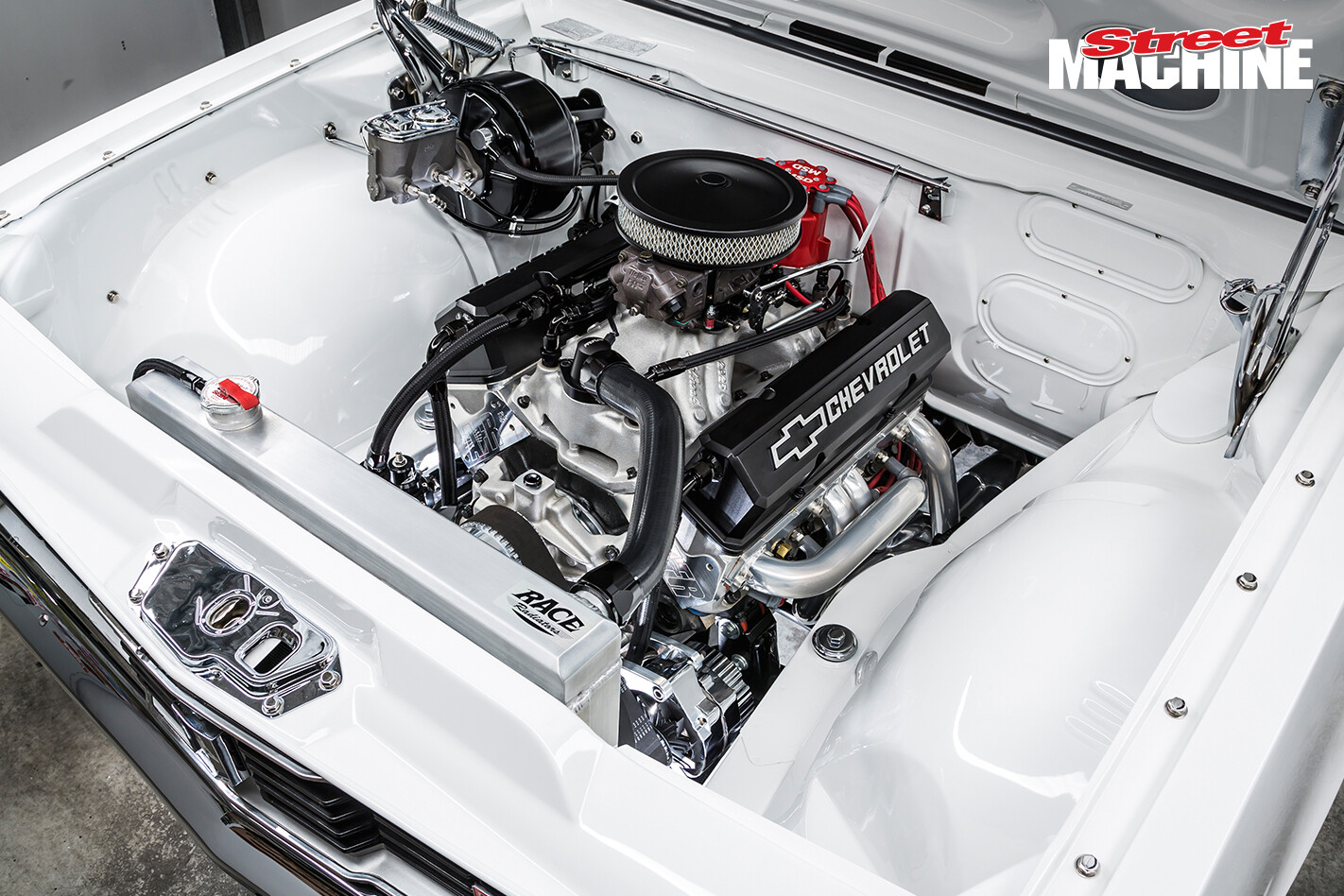 While the Monaro was being painted, Jamie pieced together a killer driveline package that was street-oriented but still provided a hefty shove in the back. “I spoke with James Melmoth from Melway Competitions Engines about the car and what I wanted to do with it. I wanted to take it to the track very occasionally, but the most important thing was that I needed to be able to take it for a cruise and enjoy it with family,” Jamie says. “He said he’d build me a 400ci Chev that’d make between 570 and 610hp, be reliable and run on pump fuel. When we ran it up on the engine dyno it made 585hp, so I guess he knew what he was talking about!” 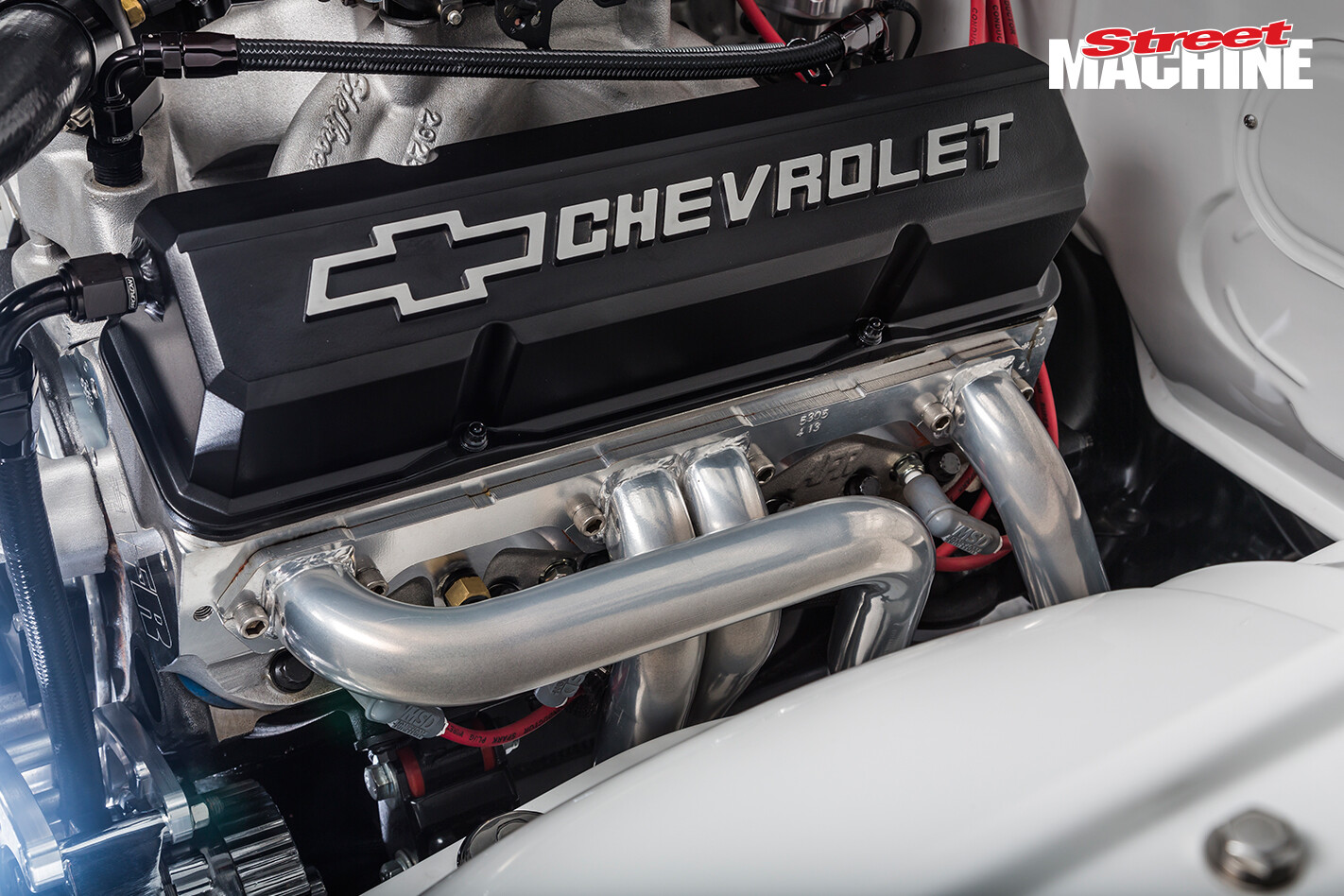 The combo in question runs a Dart SHP block, Scat crank, Callies H-beam rods and Mahle pistons. Topped by a set of AFR Eliminator heads, an Edelbrock Super Victor manifold and Holley Ultra HP carb, it’s good for north of 600hp on race gas. The motor is backed by a manualised Turbo 350 with a 4500rpm Dominator converter, and a 3.7:1-geared, 31-spline nine-inch with a Detroit Truetrac centre. Stepping inside, there are Auto Meter gauges to cover the vitals, custom billet seat winders and a B&M Quicksilver shifter that’s been installed within the standard console. Other than that it’s pure 1970s gloriousness, and the houndstooth trim is a great match for the white exterior with black GTS livery. The rear seat wasn’t originally equipped with seatbelts, but in the name of safety (and to avoid awkward conversations with ill-informed wallopers), Jamie had lap belts made up and installed. Parts of the interior, such as the sun visors, door trim badges and console were in good enough shape that they didn’t even require restoration. Likewise, the exterior badges and the grille were just cleaned up and bolted back on. Only a month and a half after it came home from the paint shop, the Monaro was a runner. All the parts were ready to go, Jamie’s mates came ’round and pitched in with the assembly, and everything came together with a minimum of fuss. Since then it’s done plenty of kays and scored a swag of trophies, too. “It’s been a journey, but we’re there now and I’m more than happy with how it goes and how it looks,” Jamie says. “Everywhere I go everyone waves and gives the thumbs up. People love it, so I guess I must have done something right! It’s a credit to the guys I got to do the work: Nick, James and all my mates who helped out. 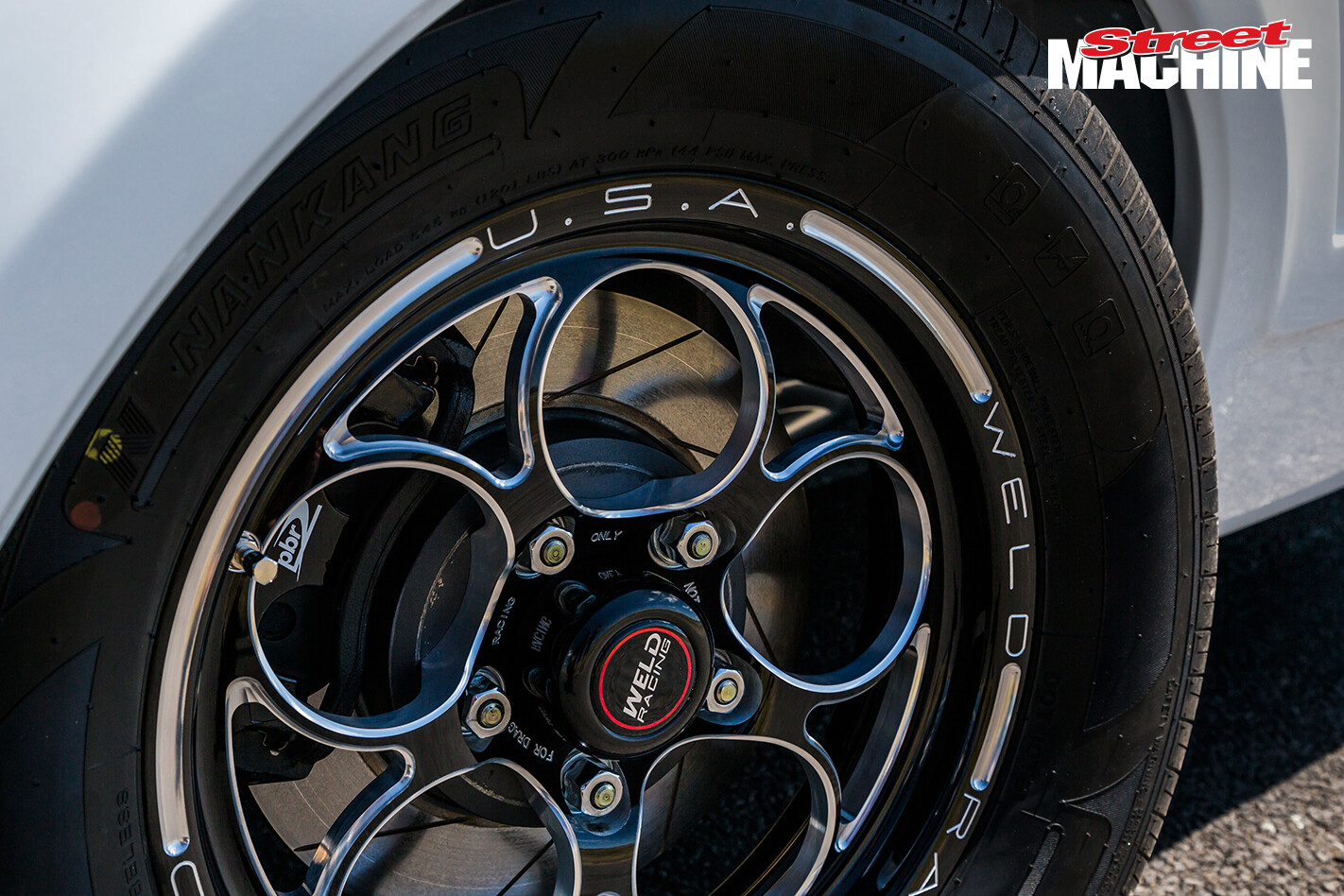 And the future? “I definitely want to race it at Heathcote or Calder at some stage,” Jamie says. “Before then I’ll chase up a set of CalTracs, another bonnet with a reverse cowl, a carby spacer, some race fuel and some decent tyres. I don’t know what it’ll do, but if it runs a 10 I’ll be doing backflips,” he laughs. “Really though, I just love driving the old girl and enjoying it with family and friends. It looks good in the shed but it looks a hell of a lot better out on the road!”