TIM Gruber is no stranger to fast Fords and Whipple superchargers; you may remember his BLO1HO XY Falcon, which was busy tearing up the burnout pads a few years back. But tired of the damage he was doing to the old Falcon GT replica, Tim decided to slip the blown Windsor into a Cortina and go drag racing.

“I always wanted to race the XY,” he says, “but I was going to have to cut the car up for the ’cage and tubs.” 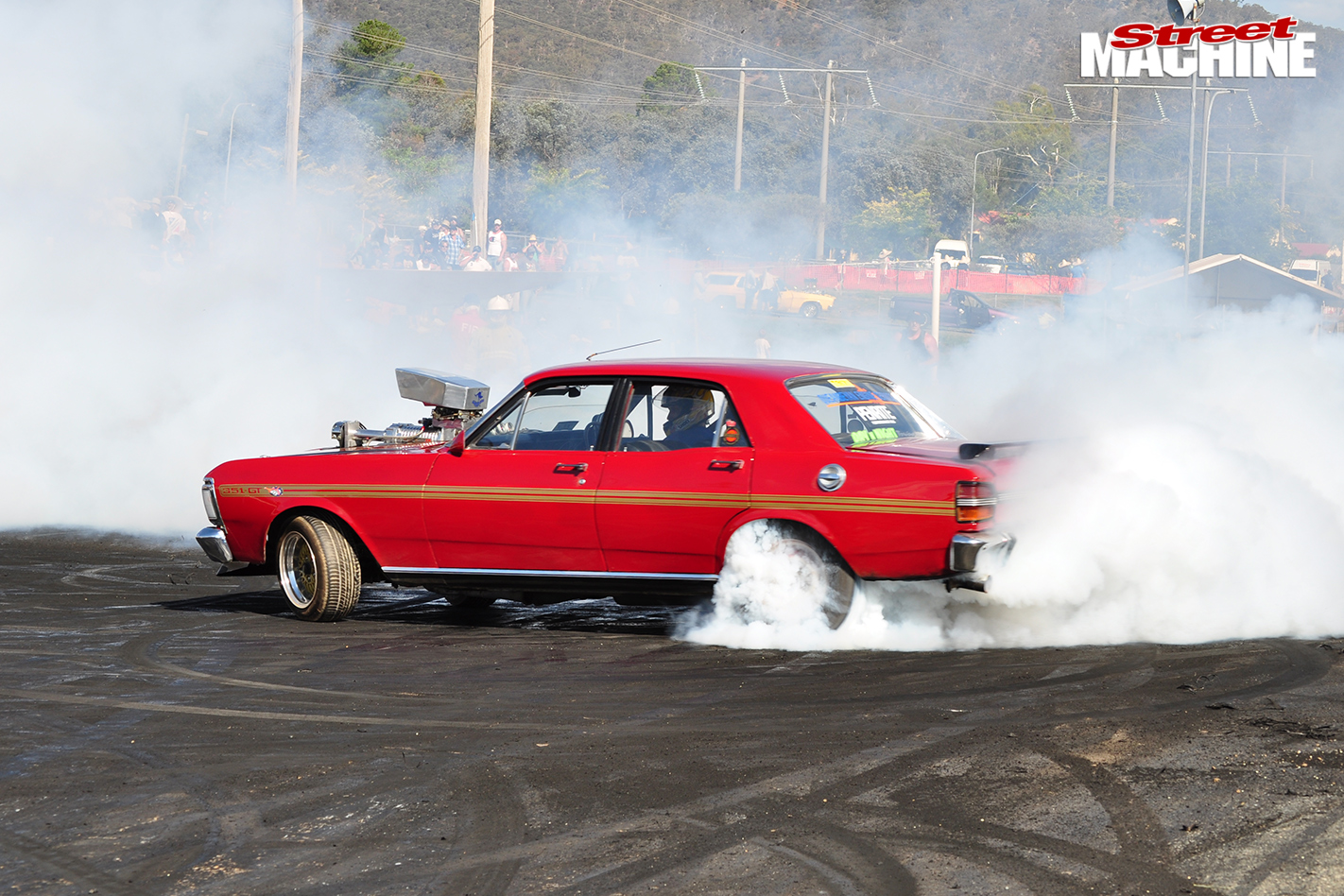 Tim bought the Cortina as an unfinished project from Victoria, and he completed the car before bolting in the old powerplant from the XY. It’s already gone 8.3@140mph, but the Corty hasn’t done a full-power pass yet, and Tim is looking to replace the old engine, which features a factory Windsor block and cast-iron 2V Clevo heads, with the impressive monster you see here.

The new donk measures up at 410 cubes with a 4.125in bore and 3.85in stroke. There’s a Dart 9.5in block with a Callies crank, Aussie-made Argo rods and Arias pistons, topped with a set of ported Trickflow 225cc heads with Yella Terra Platinum rockers and a Crow solid-roller cam. Even the rocker covers are trick; they’re carbonfibre with valve-spring oilers inside.

The cherry on the top of this mega-horsepower sundae is the five-litre Whipple blower and JBR carbonfibre injector hat. Why the Whipple? “I like them because they are something different,” Tim says. “They take less power to drive than a Roots blower, make more boost with less heat and they pump more air for their physical size because they love to be massively overdriven. Plus the look, the noise and the instant power shits all over a turbo!” 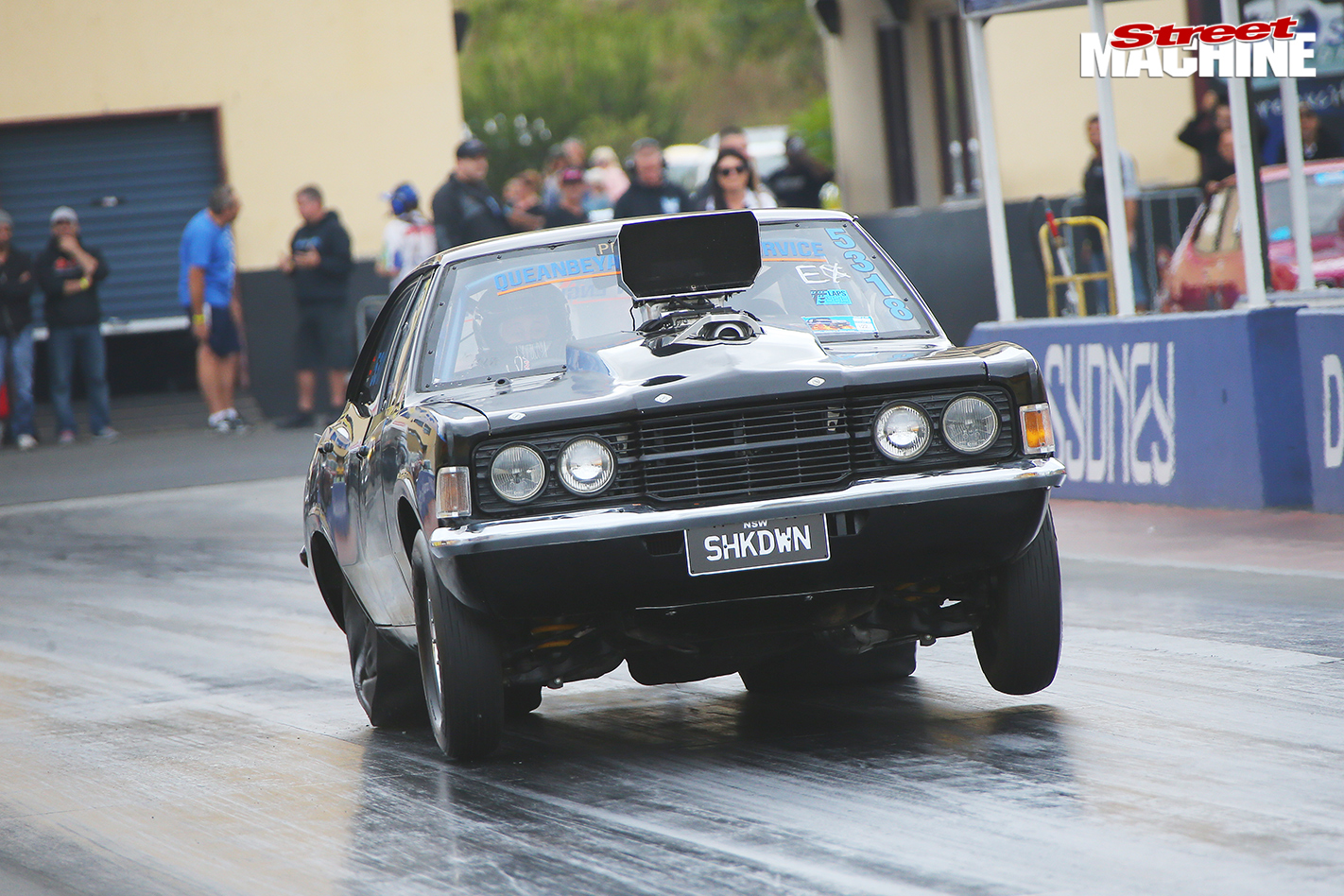 Because of the rear intake design on the Whipple blower, Tim had to make an alloy adaptor, and the four injectors installed there help cool the intake charge. There are another eight 220lb Bosch injectors in the custom lower intake manifold, which also features a sizeable plenum and a burst plate. The injection side of things is managed by a Microtech LT-16, while an ICE 10-amp ignition takes care of the spark.

At the moment the old engine is pushing 20psi and Tim’s already into the low eight-second zone, but this new donk is set up to run at 30psi, and while it hasn’t hit the dyno yet, his best guess is that it should make around 1600hp. With that sort of grunt Tim is looking to drive the Cortina deep into the low sevens; that ain’t hanging about. 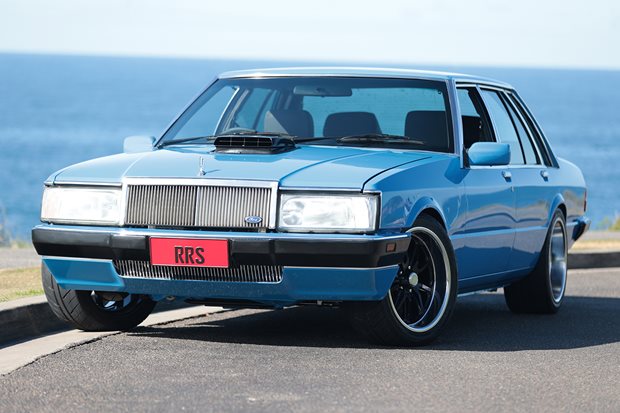