From a tough 429-cube big-block to a bulletproof rear end, this Ford Falcon XY ute means business from top to toe

This article on Sam's XY ute was originally published in the April./May 1992 issue of Street Machine

SAM GAUCI calls his ute ‘Top XY’ and we can see why. Sam’s a smart guy – he’s into performance and reliability. And these two objectives don’t necessarily go hand in hand unless you assess your needs properly. Sam did. He’s achieved his goals and he got street driveability into the bargain.

He’s done it by stuffing a basically stock Ford 429 Cobra Jet big-block into the ute. 429s aren’t exactly down on power, particularly the Cobra Jet version. They also produce bags of torque, and it all comes nice and low in the rev range where it’s useable on the street. Another advantage is that the components aren’t over-stressed, so the mill will last for yonks. 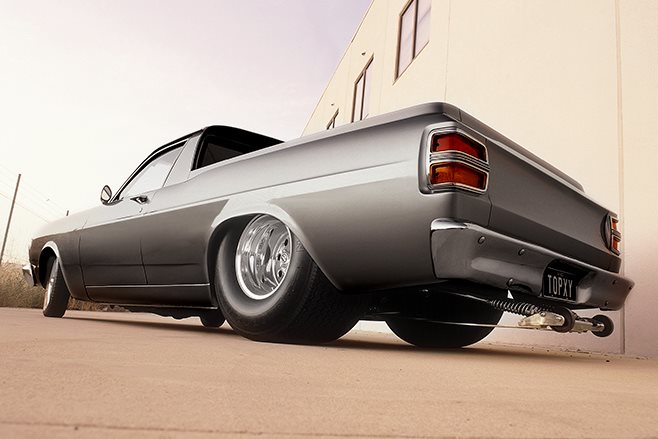 Fitting a big-block into an XY might sound easy, but really it’s a pretty tight squeeze. XYs are two inches narrower than their younger brothers, XA to XC, and there simply was no off-the-shelf kit available for Sam’s little project. That meant making the custom headers to suit the almost zero clearance between the heads and the shock towers.

As far as engine mods go, internally there aren’t any. Sam picked up the 429, in good condition and complete with two autos, for an amazing $1300. Externally a Weiand tunnel ram inlet manifold lifts the twin Predators and alloy scoop into the clean air outside the engine bay. Fuel is supplied by a Mallory 140 pump and passes through a Mallory filter along the way. An MSD ignition system supplies the spark while the exhaust system comprises custom headers with two-inch primaries, followed by a dual three-inch system and a pair of three-inch truck mufflers that tone down the bark, but not the bite. 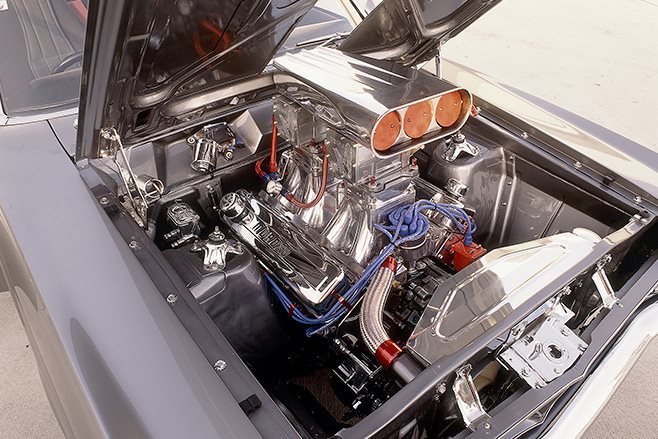 All the wiring within the confines of the engine bay was concealed by Jeff Galea. And the cooling system is stock, except for the XA GT radiator, twin thermos and an engine-driven flex fan. Earl’s braided line is used exclusively under the bonnet.

Transmission too is hardly radical, but delivers the goods. A stock converter sits in front of a shift-kit-equipped C6 auto. Upstairs, a B&M Star Shifter does the job. Tailshaft is heavy-duty Ford.

Arguably the most outstanding feature of this car – and certainly the most outstanding aspect of its engineering – is the rear end. A custom shortened four-link system with Koni coil-over shocks keeps the axle tied down. And a Ford nine-inch diff, with 31-spline axles and 4.11 gears, was shortened to accommodate the huge 15x14 Weld wheels shod with equally huge Mickey Thompson 19½x33x15 rubber. Up front, 15x4 Weld wheels and 155 Michelins provide minimal rolling resistance. 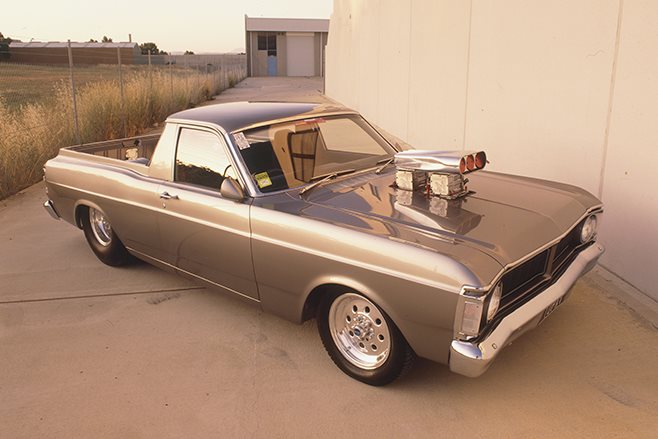 To top it off, literally, is the superbly tubbed rear tray. If ever there were an advertisement for well-executed sheetmetal work that excelled in both engineering and aesthetics, this would be it. First, it looks good. The beading eliminates the small but noticeable wavy irregularities you’d find in ordinary smooth sheetmetal. And second, it gives the panel a huge advantage over its flatter counterpart.

In addition to the tubs, the petrol filler was removed and the wheel arches extended by Barwon Bodyworks, Geelong, who also handled the respray in Dulux Meteor Grey. The straight body and well-fitted panels have been accentuated by the removal of all external badgework. Other finishing touches include replacing the stock side and quarter windows with one-piece units. 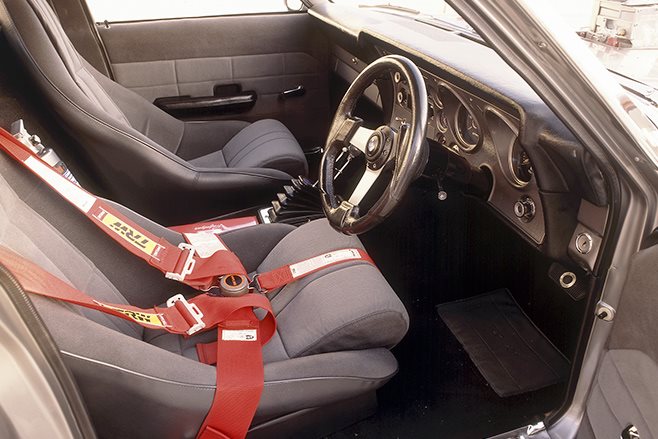 Street and Strip’s involvement also extended to brakes. The company supplied the rear ventilated discs and Sigma calipers. Stock discs are up front, while the booster is under the dash. Braided line has replaced all the flexible rubber brake hoses.

Inside the cab, everything has been retrimmed in two-tone grey velour by Reservoir Motor Trimmers, Melbourne. Two Saas buckets have replaced the stock XY seating. The occupants are restrained by a pair of TRW Cam Lock harnesses. Dash is stock XY GT with XY GT instruments. 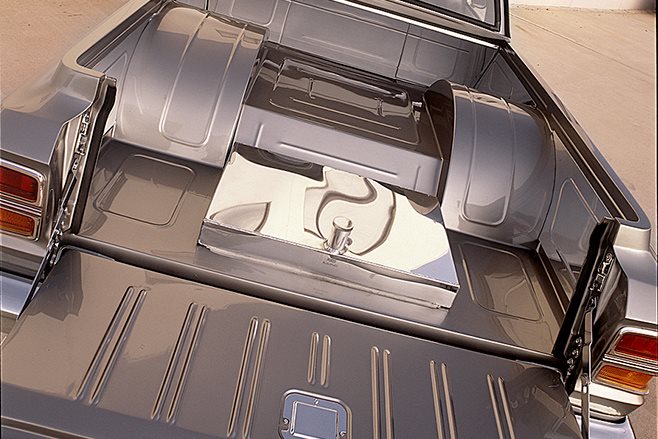 Sam reckons he’s spent far too much on the project, but he’s more than happy with the result. And so he should be. The project, which took just one year, was completed one week before Summernats 5 – where the XY walked away with 2nd Super Street and 17th Overall. And the XY will only look tougher in future. Sam has a severe engine bay detailing session plus graphics for the outside already waiting on the drawing board...