WHILE hunting for a small Japanese sports coupe to jam some pushrod power into, Luke Davies discovered some minor packaging problems with his initial choice.

“Originally I was going to put an LS in a Series 8 RX-7,” says the Sydney-based machinist. “RX-7s are hot, but with me being six feet tall, they are not very comfortable. My attention then turned to the Toyota 86, as they were going for about the same price, are 12 years younger, and can fit a tall person. 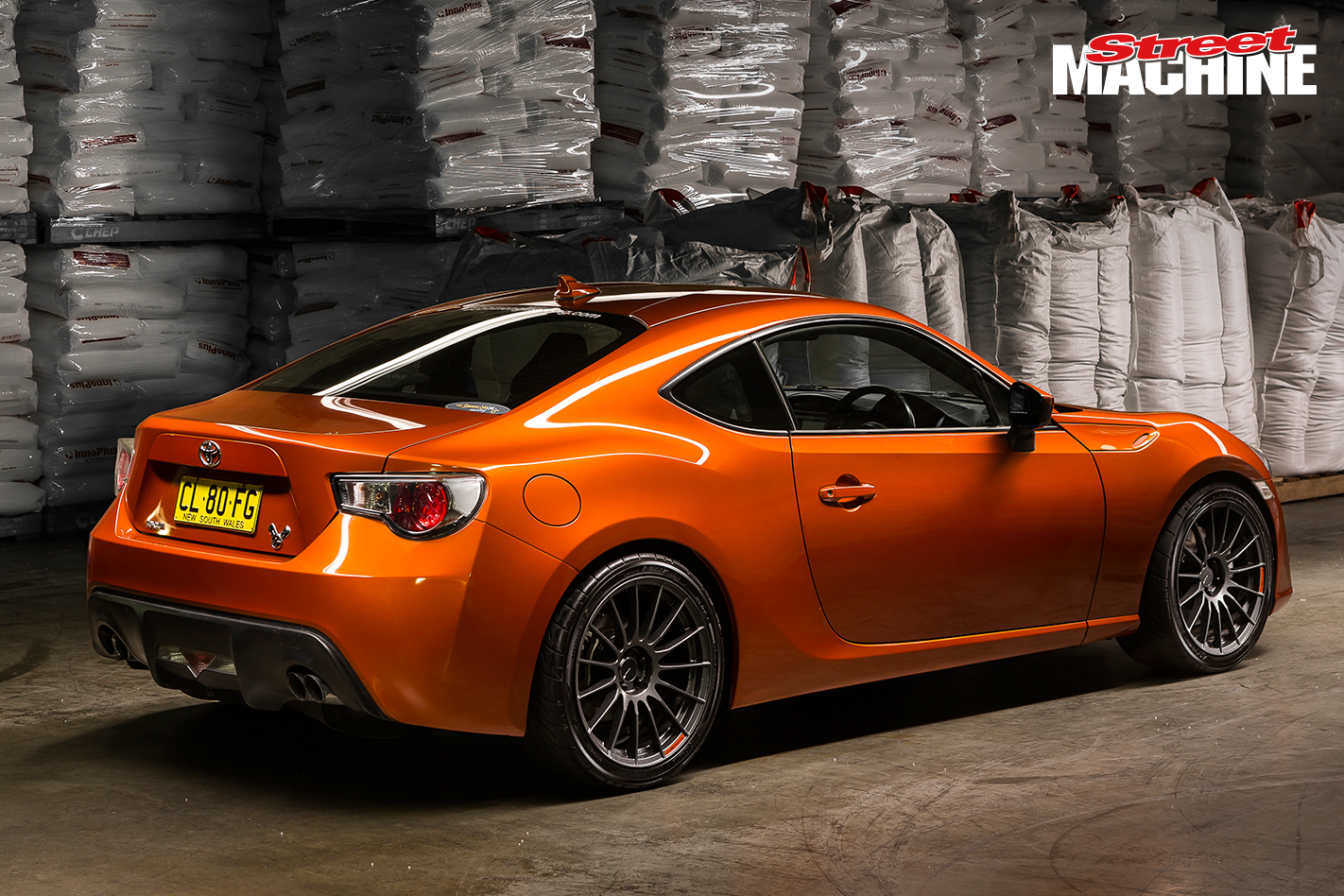 “The 86 is a great-looking car, but it doesn’t have the power the chassis and body deserve,” he continues. “This engine swap puts an end to that, with the LS V8 providing a cheap, stable and powerful platform.”

What makes this car so impressive is that the now 6.0-litre Toyota retains all the functions of the base 86 (and the 86's sister car, the Subaru BRZ) and is road-legal in NSW. While the stock car makes 147kW from its naturally aspirated boxer four-cylinder, Luke’s beast churns out 250rwkW and 450Nm. With only 1400kg to haul around, and in a chassis renowned for being scalpel-sharp in corners, it is an impressive package. It’s taken plenty of sweat and grey matter to get to this point, though. 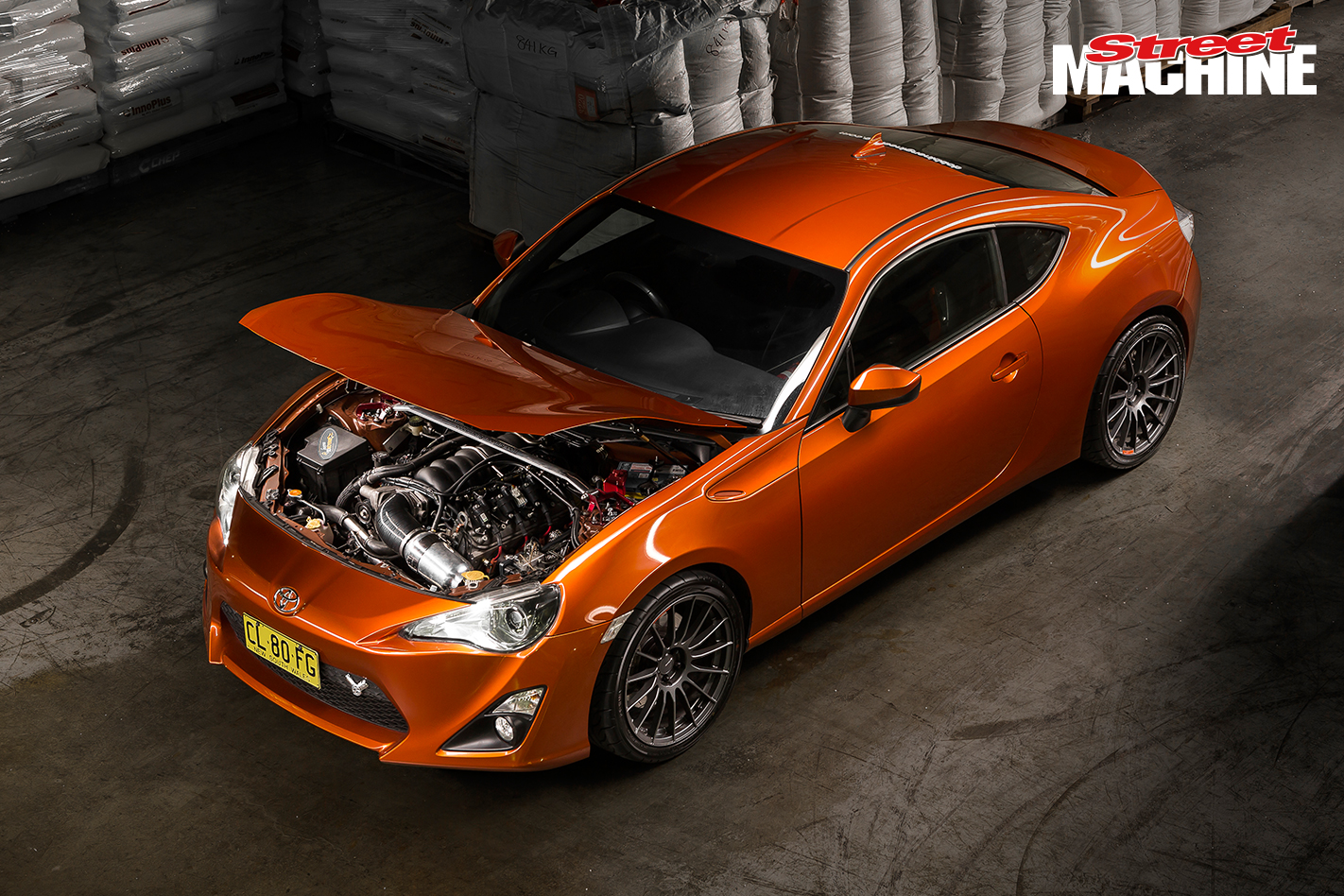 “The swap took about two years to do, but I did it during downtime at work,” Luke says. “The physical part of it took about a year, on and off, with up to a month at a time where the project would sit. The electrical work took a lot longer, integrating the dash and making it talk to all the functions in the car like power steering, air conditioning, stability control, traction control, ABS, full working electronic dash and more.”

With a lightly modified LS1 sump on the Gen IV motor, Luke made his own engine and gearbox mounts to fit the L77 and Tremec TR6060 six-speed manual in the tunnel, with a custom tailshaft tying the GM powertrain to the Toyota diff down the back. 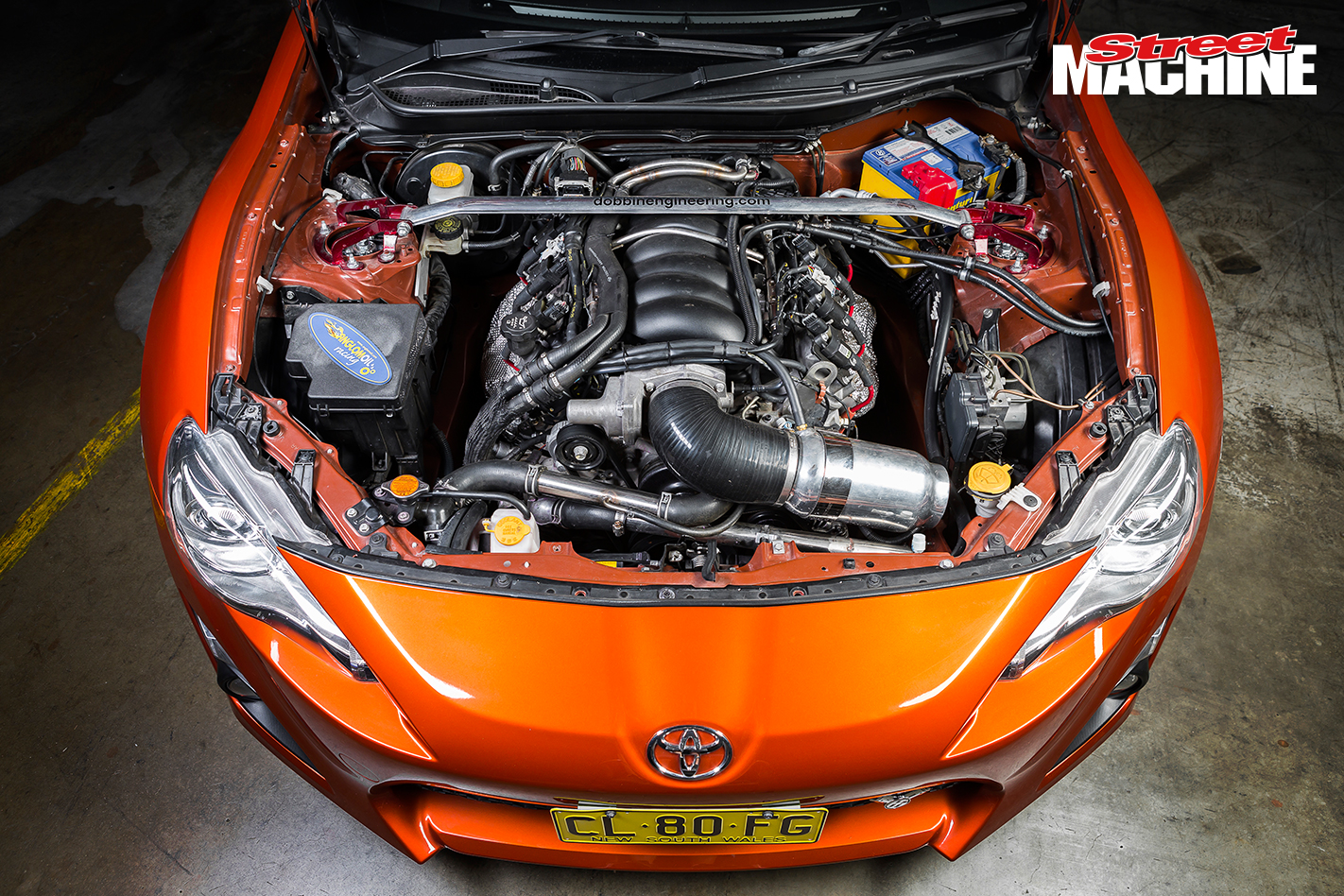 One reason the LS engine swap into 86s and BRZs is gaining popularity is because the engine bay is one of the few modern small cars that can swallow a wide motor as the stock car comes with a boxer (horizontally opposed) four-cylinder, rather than a narrow in-line four-pot. The LS engine’s pushrod layout also helps keep overall height down to get under the 86’s low bonnet height

“I changed the final drive ratio to about 3.56, as the standard diff is much shorter, and now final drive is only about 15 per cent shorter than a stock Commodore,” he says. “I also did everything I could to make the diff last, including crack-testing, shot-peening and cryogenically treating the gears.”

After making a set of custom four-into-one headers, Luke had a ding-dong battle fitting the Commodore cats in the transmission tunnel, as it is exceptionally tight. And then he had to make it look like Toyota themselves had done it, instead of one cluey bloke in a workshop in Western Sydney. This was because he knew the path to roadworthiness was another huge hurdle to overcome, with emissions and noise testing required to fulfil his dream of making the car the first road-legal, V8 86 he’s come across so far. 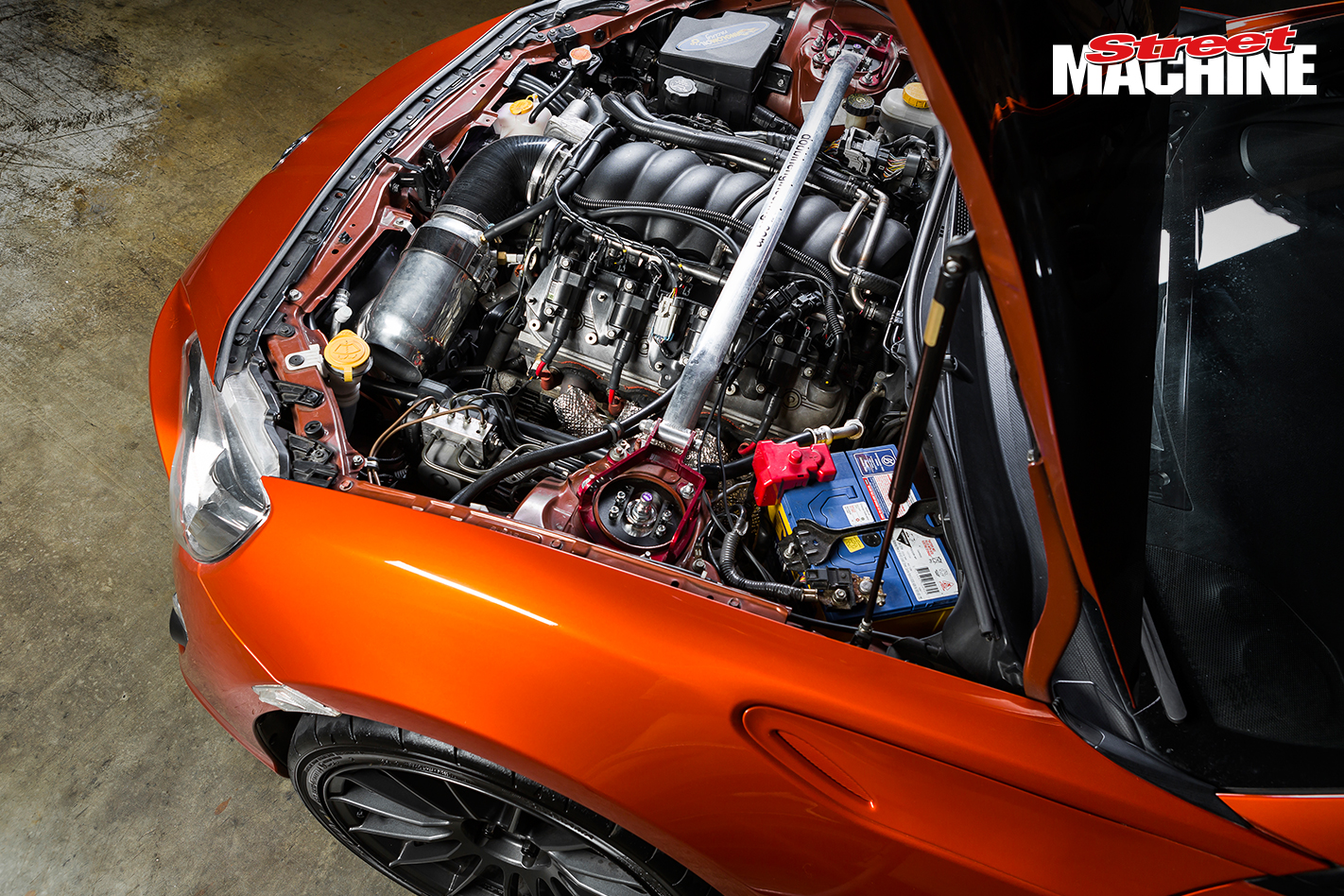 “I guess a trophy for me could be being the first engineered, fully functioning and registered V8 86 I am aware of in Australia,” Luke laughs. “I am yet to do a quarter-mile and the fuel economy is not looking good, but I’m hoping to get down to some track days soon.”

Amazingly, Luke has been able to get the sign-off on the car with near-stock brakes, having upgraded only the discs, and sticking a quartet of high-end MCA coil-over struts under each corner. And that isn’t the only part of the car left stock. 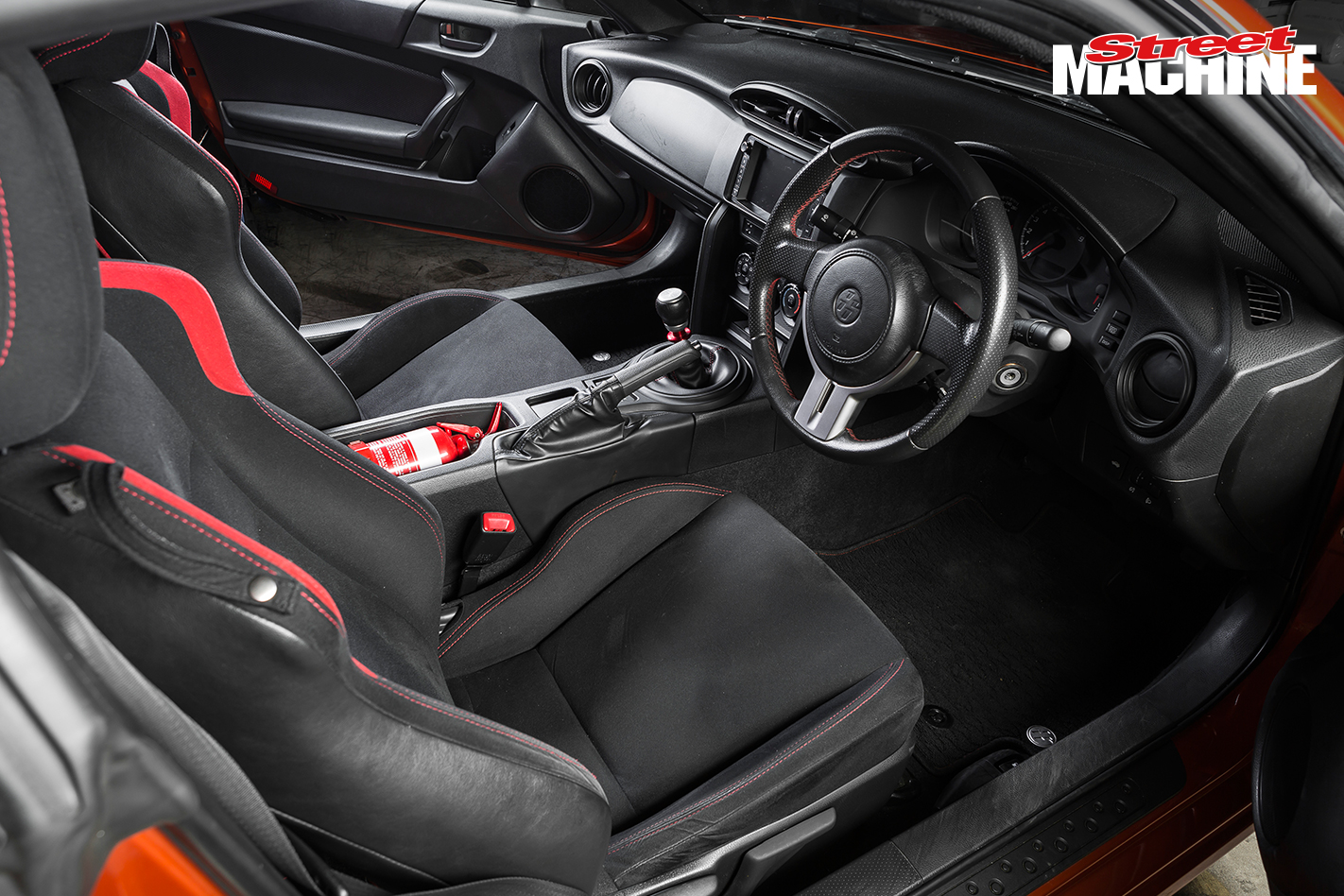 “The stock radiator is going fine and I’ve driven it on a few hot days,” he says. “It’s been on the road three weeks and has been great; it was dyno-tuned through that really hot summer we had, and it was fine. We’ll see how it goes when I take it to Wakefield racetrack in Goulburn!”

Now he has done the hard work on the first car, Luke is offering engineered and road-legal (in NSW) drive-in/drive-out LS 86 conversions. With an asking price of $37,500 (including GST) the turn-key conversion isn’t cheap, but it involves a huge amount of hard work. 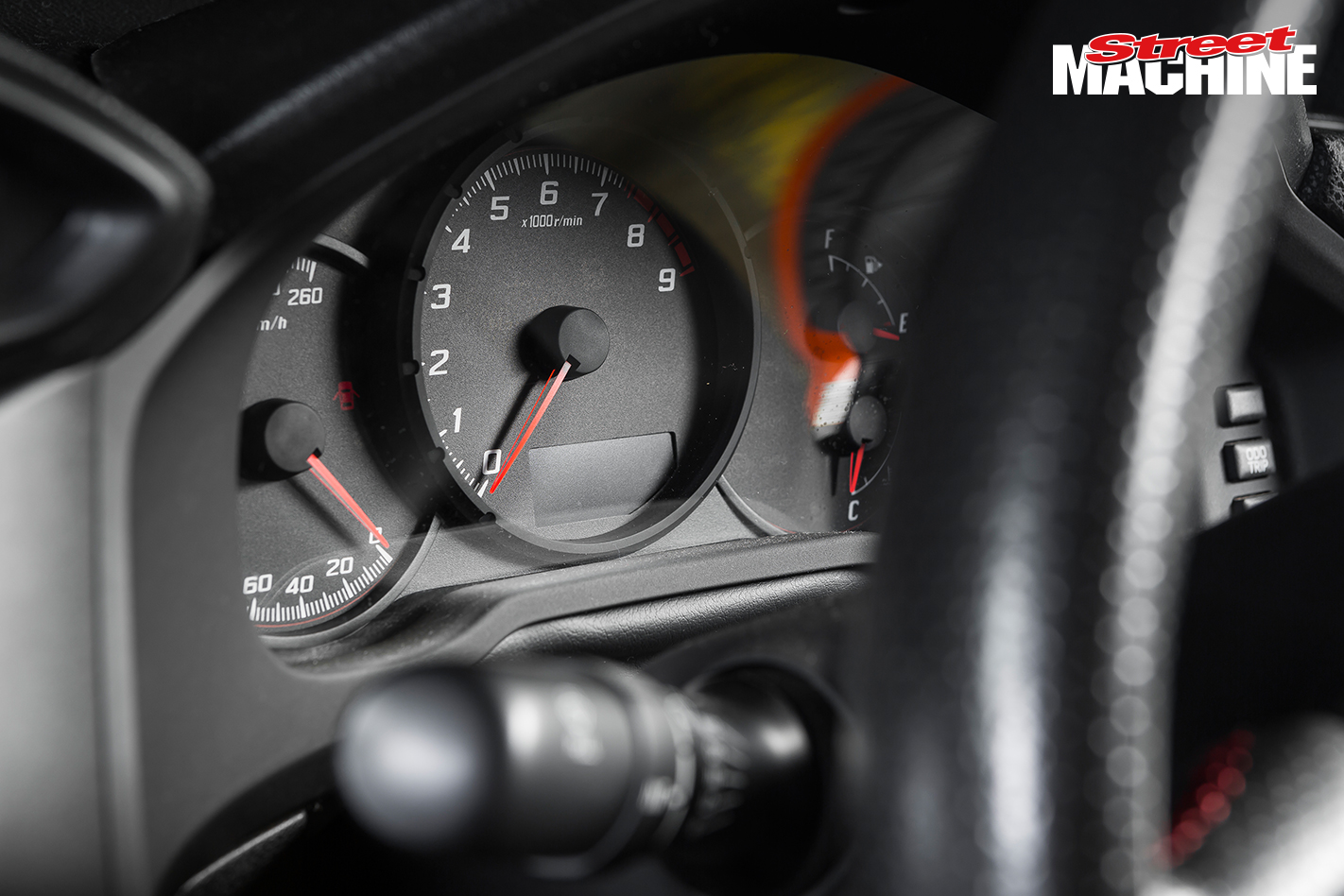 Engine swaps into modern cars bring with them a level of complexity you don’t have to navigate in classic machinery, with the 86 platform throwing some curly problems in the form of modern CAN bus wiring, which relies on fibre-optics rather than multiple copper wires loomed together. To remedy this, Luke spent bulk time on his Toyota ensuring every input and output communicates together, which is paramount for a street car retaining full functionality

“The engine must be from a VE Series II Commodore to pass emissions testing,” Luke says. “Customers will supply their own 86 or BRZ, an L77 motor, either a T56 or T6060 gearbox, and the engine loom. Customers will then be given back their original FA20 four-cylinder motor and gearbox, less the gearstick assembly.” 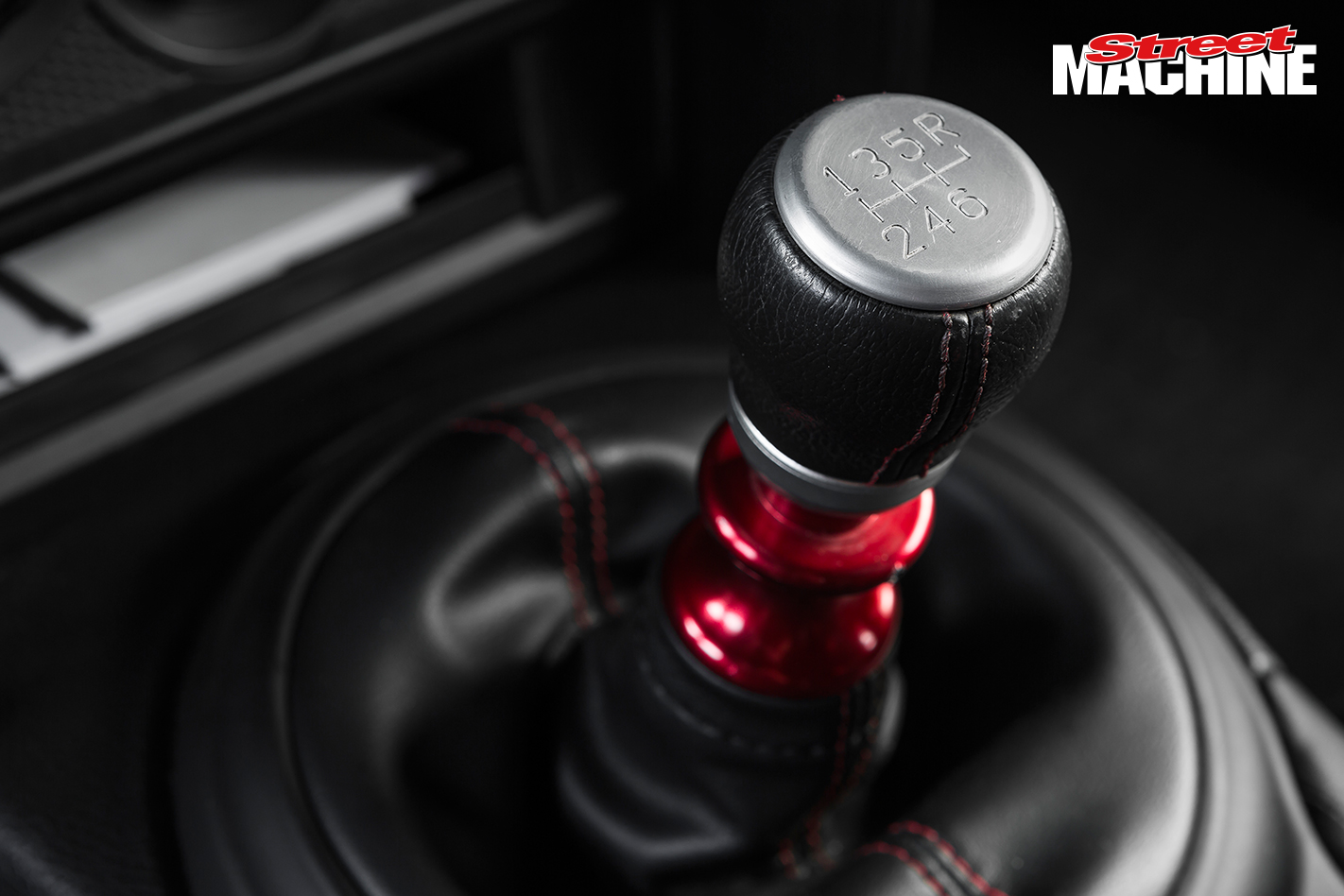 The electronics work is what Luke says is crucial to his turn-key conversion, and he isn’t ready just yet to share the details on how he does it or what computer runs the car.

“The whole kit revolves around the integration of the LS engine, the standard 86 electronics and cabin functions like air conditioning and whatnot,” he says. “Right now I’m not telling everyone how we got it all to work, because it took us so long to work out and if people knew how to make it all work, they wouldn’t need to come to me. 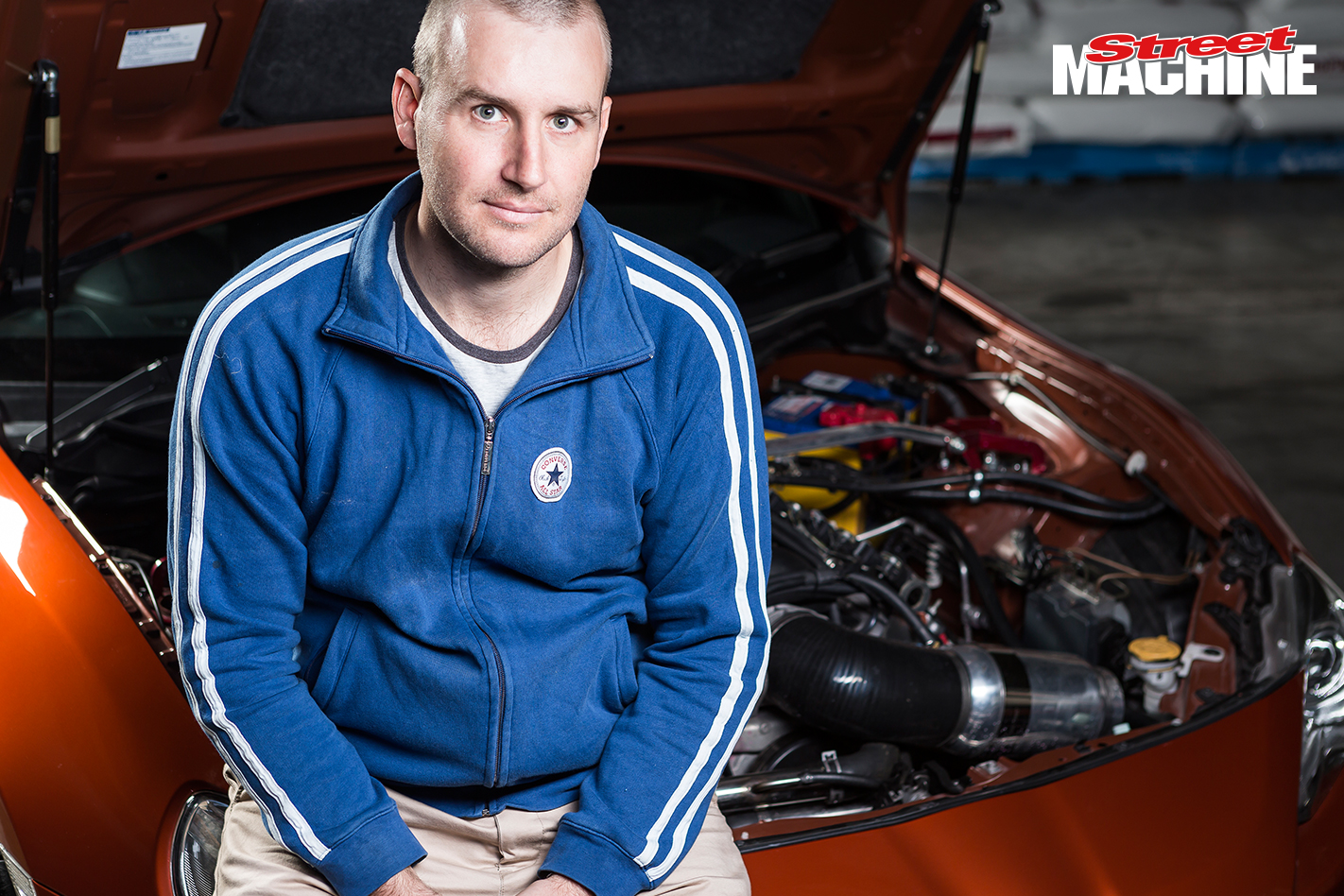 “It would be a completely different build for a track car, as there are a lot more freedoms – you don’t have to run half the electronics.”

Luke says to allow up to three months for the conversion to take place, but it will be ready to register at that point. “All you have to do is go to the RMS to update rego papers and update your insurance,” he says. If only every project car was so simple!

THANKS
Eddie at Dobbin Engineering for his support and patience; George at Genuine Mechanical Repairs; James at Anglomoil; Rad and Phil