WITH ITS arrow-straight panels, stunning paint and beautifully detailed engine bay, Mick Sammut’s HQ Monaro looks like it’d have no trouble raking in the silverware at a show ’n’ shine, but Mick would rather leave all that spit-and-polish carry-on to the trophy hunters.

When he hits the key on the Quey and the insanely tough ProFlo-built 383ci Holden stroker bursts into life, you soon realise that the Monaro is built to haul serious arse. That being said, it’s never been down a quarter mile in its life. 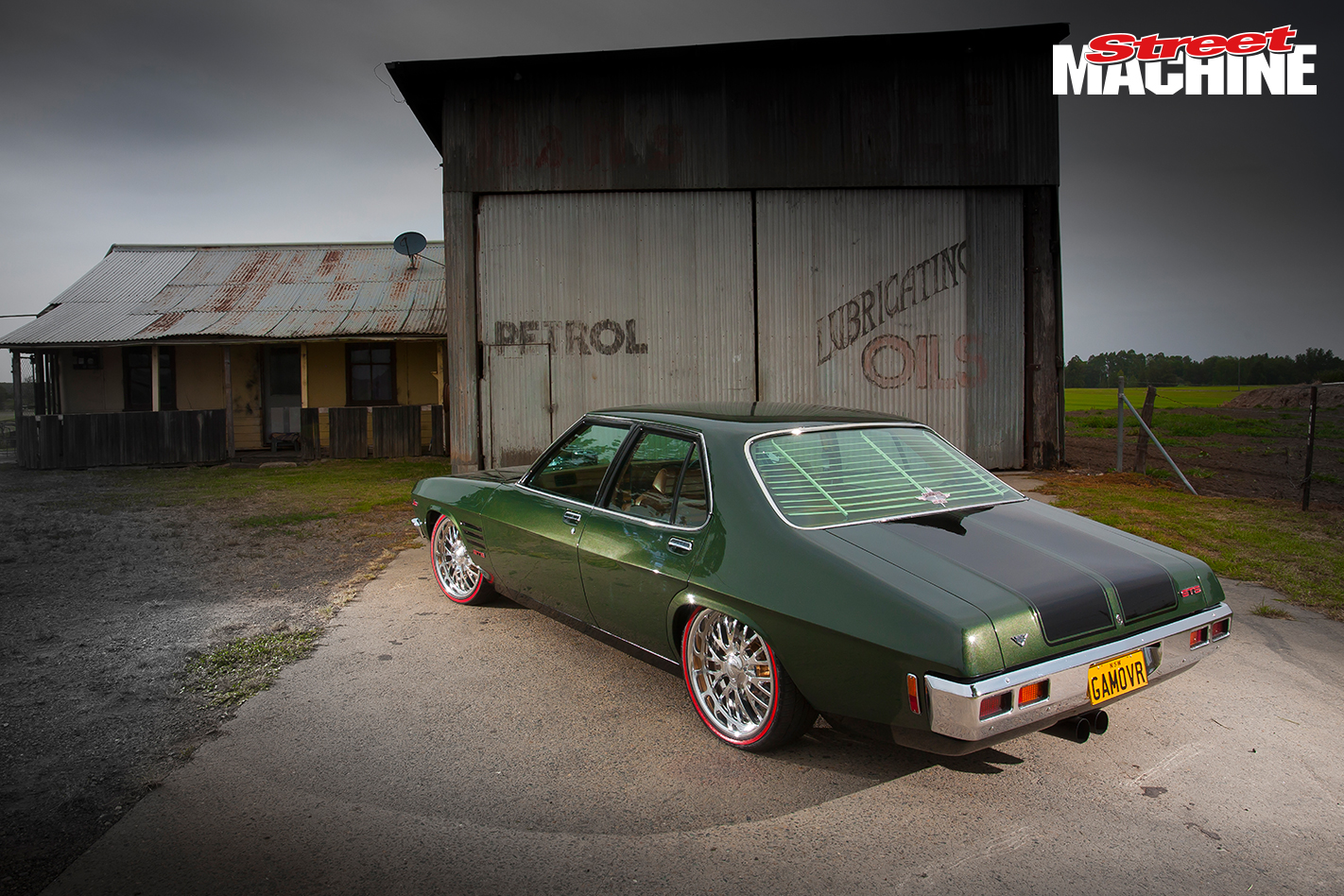 “All that stuff doesn’t really interest me,” Mick says. “I just wanted to build a tough street car.” With the naturally aspirated, pump-fuel Holden capable of stomping out an impressive 500hp at the treads, and emitting an exhaust note so raucous it has to be heard to be believed, it’s fair to say he’s done just that.

A love for HQ Holdens runs deep in the Sammut family, with Mick’s old man’s first car being a genuine HQ GTS sedan, just like this one. Mick spent his childhood getting acquainted with Queys by leafing through family photo albums, so when he spotted this four-door GTS up for sale in the inner Sydney suburb of Darlinghurst, he had to grab it.

It was a neat runner powered by a mild 308, but it had been painted and trimmed at some stage and Mick wasn’t digging the hue. A plan to fix a small tear in the roof lining before driving the wheels off it was promptly derailed, and Mick soon found himself stripping the car for paint. “There was a current HSV green at the time that I really liked, but I figured it was worth checking the paint code on the tags first. It turned out to be Juniper Metallic with a Chestnut interior, which was a really rare colour combo. My brother Darren sprayed out a test panel and it looked awesome, so that’s when I decided to go all-original paint with the factory trim.” 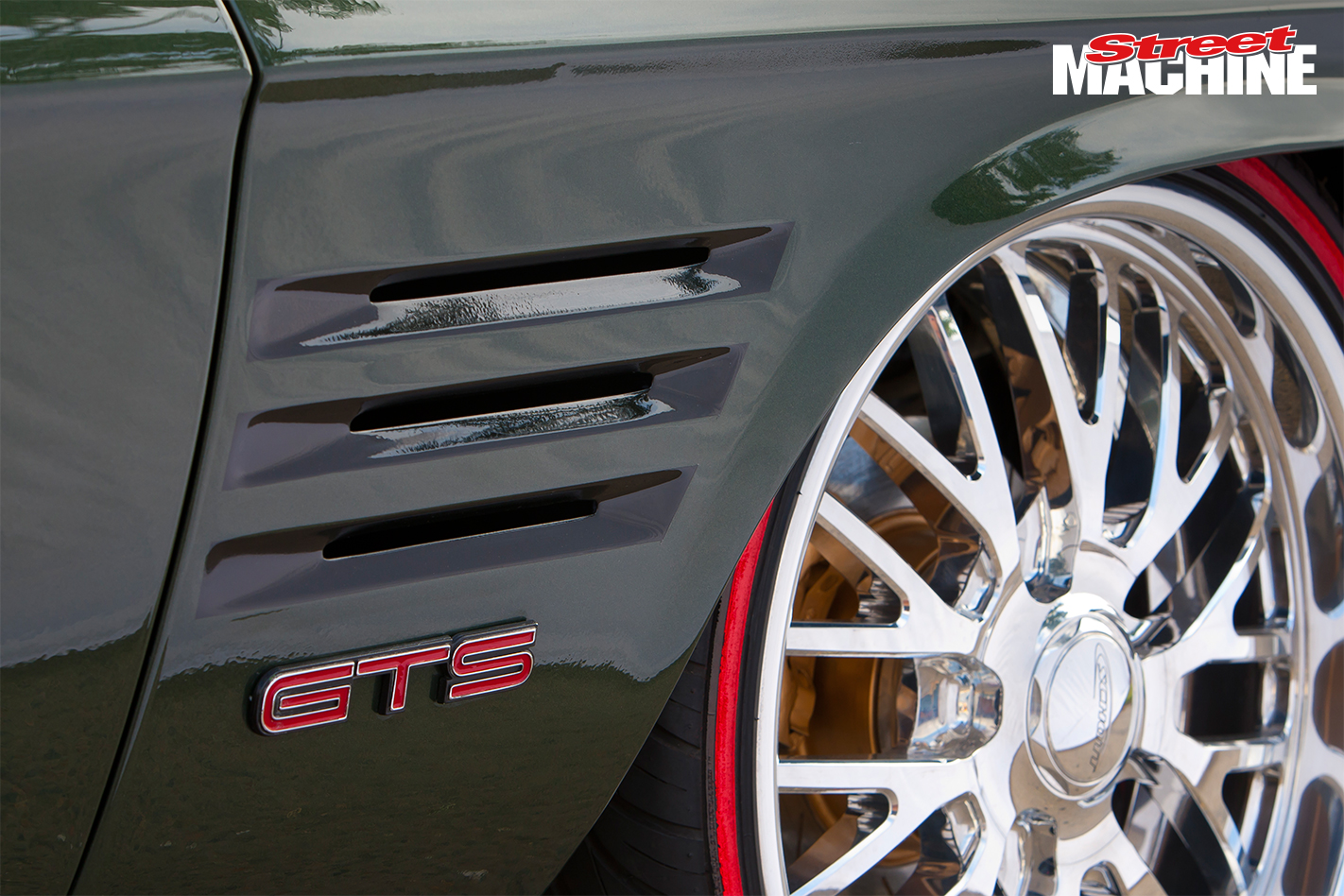 Once the paint and interior were sorted, Mick had the 308-powered Monaro on the road and assigned to weekend duties when, three months later, something bad happened. “I took it out for a cruise one morning, lost it on a wet road and ended up hitting a power pole,” Mick confesses.

After a three-year build it was a bugger of a thing to have happen, but the stack proved to be a catalyst for a second rebuild, which elevated the car to the standard it is today. “I decided to start over again, but this time I was going to do it properly. The aim was to have it finished in time to smash a set of tyres at my wedding.”

Every nut and bolt was stripped and the body was taken back to bare metal, with Max from To The Max Bodyworks charged with repairing and preparing the HQ’s panels. Max came recommended by Laurie Grima, so Mick knew he’d be a perfectionist, and he handled the HQ’s bodywork with an astute level of care. The result is a supremely straight body, which was expertly draped in the factory-specified Juniper Metallic paint by Mick’s brother, Darren, at Sammut’s Paint Worx. The finish is superb, and with full GTS livery, the car is dripping with 70s muscle-car flavour. 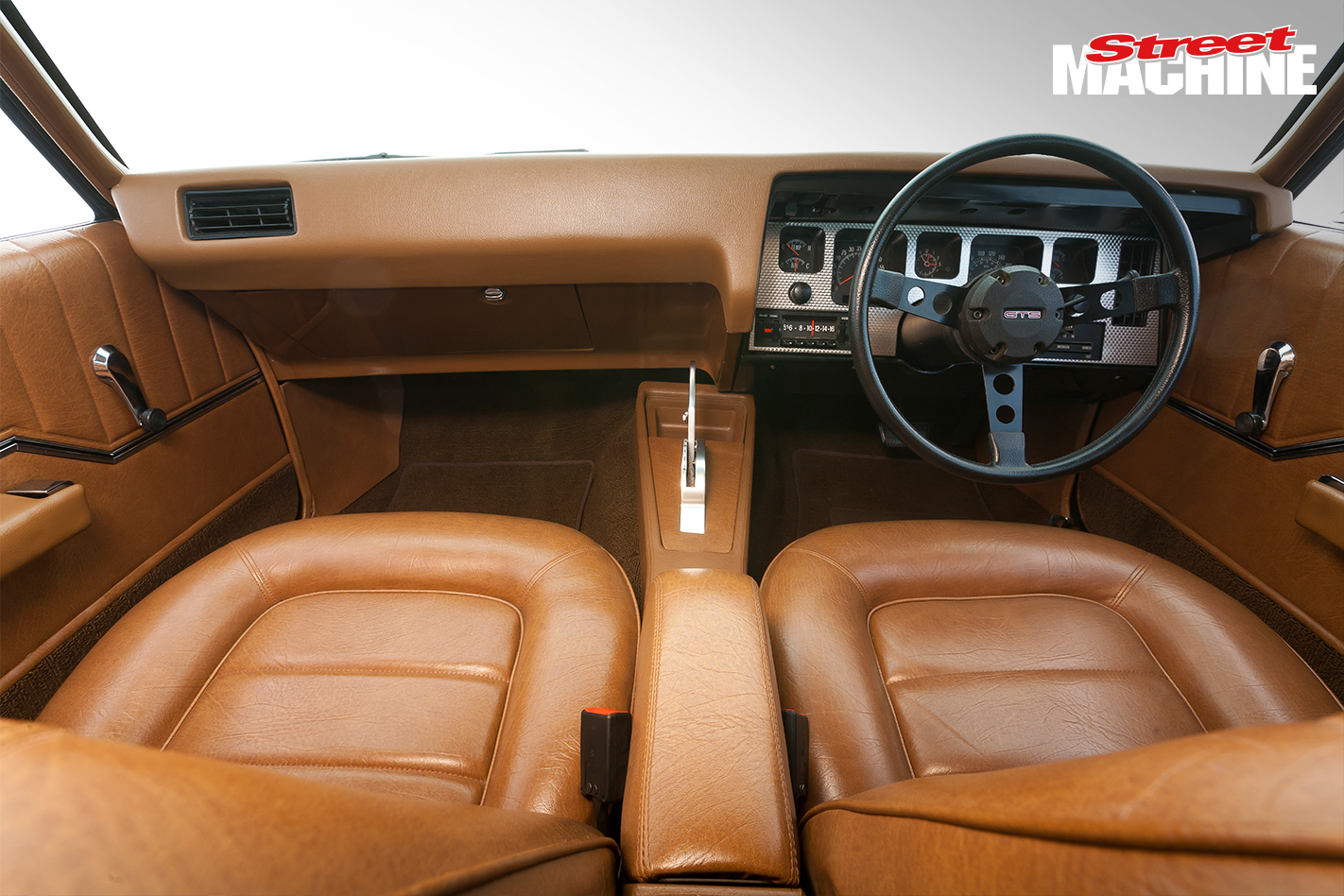 Mick’s full-tilt approach to the second build extended to the powerplant, which he freely admits got “a bit out of hand”, thanks to the influence of Paul Sant at ProFlo. With its custom sheet-metal tunnel ram, massive solid roller cam, 13.2:1 compression ratio and 383ci displacement, it’s one very serious Holden. It features a COME stroker crank, six-inch Eagle rods and JE forged pistons, topped with a set of heavily modified Yella Terra ­–9 alloy heads and fed by a matching pair of 750cfm Demon carbs.

It’s good for an epic 500hp at the tyres, and Paul suggests that it’s probably making around 680hp at the crank. Those are healthy numbers for an aspirated Holden V8. Despite the 5900rpm converter and monstrous cam, Mick reckons it’s a breeze to drive on the street and never gets hot. While it’ll happily turn to over 8000rpm, the MSD usually has a 7500rpm pill in place, “because if the revs are there, I’ll use them!”

The motor is backed by a manualised Turbo 400 trans, and a nine-inch rear with a full spool, 35-spline axles and 3.7:1 diff gears. 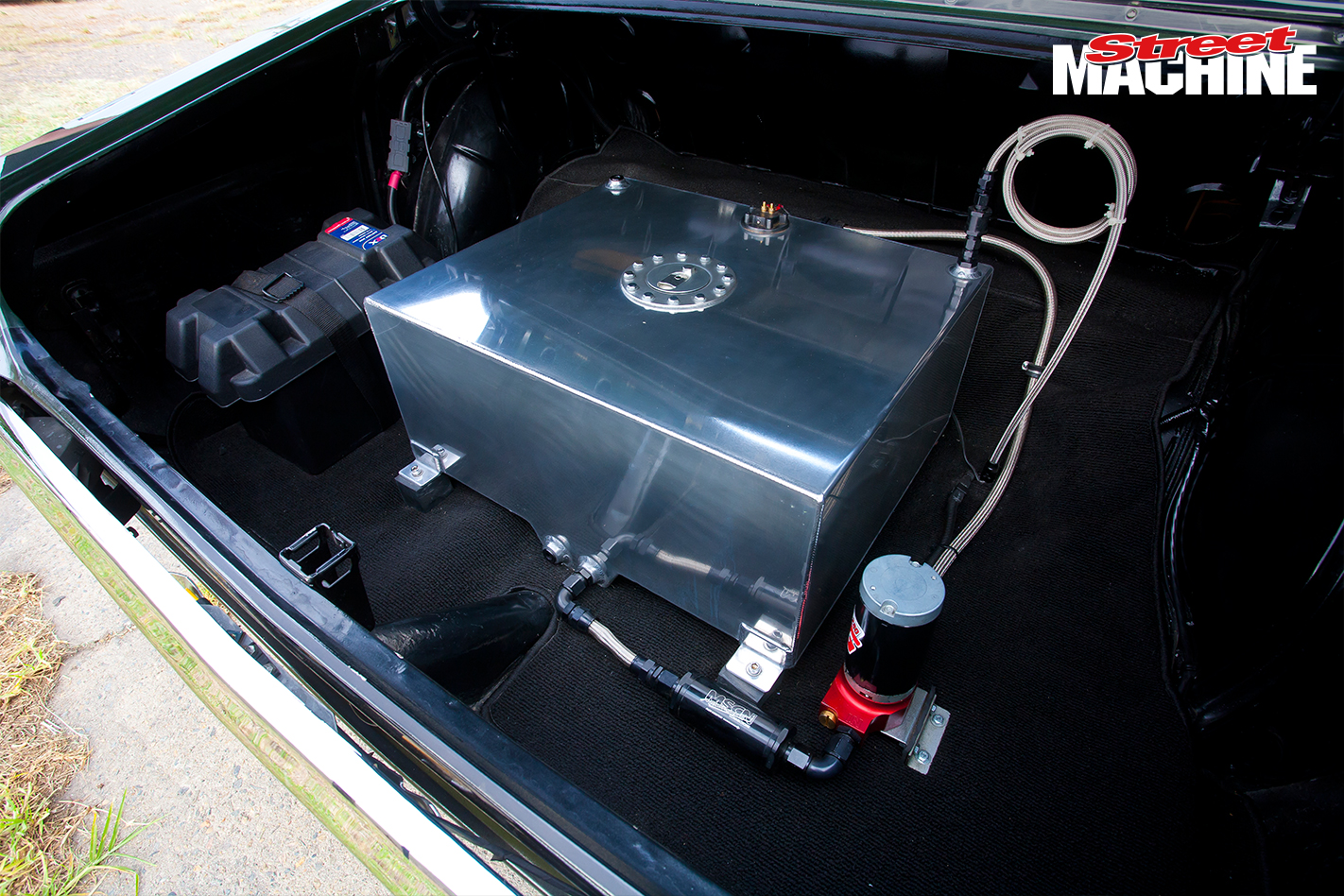 It doesn’t take a particularly keen eye to pick that the GTS is riding significantly lower than stock – three inches at the front and four at the back, to be precise. The stance comes courtesy of King Springs and Koni shocks front and rear, as well as the 19x8-inch Schott billet wheels, but Mick also has a set of 14-inch GTS wheels he throws on from time to time, just to change things up. Tyres are just cheapies, because they never tend to last that long!

As these things tend to do, the build went right down to the wire. But the very evening before his nuptials, Mick screwed the new GAMOVR ’plates to the car and it hit the streets for the very first time. 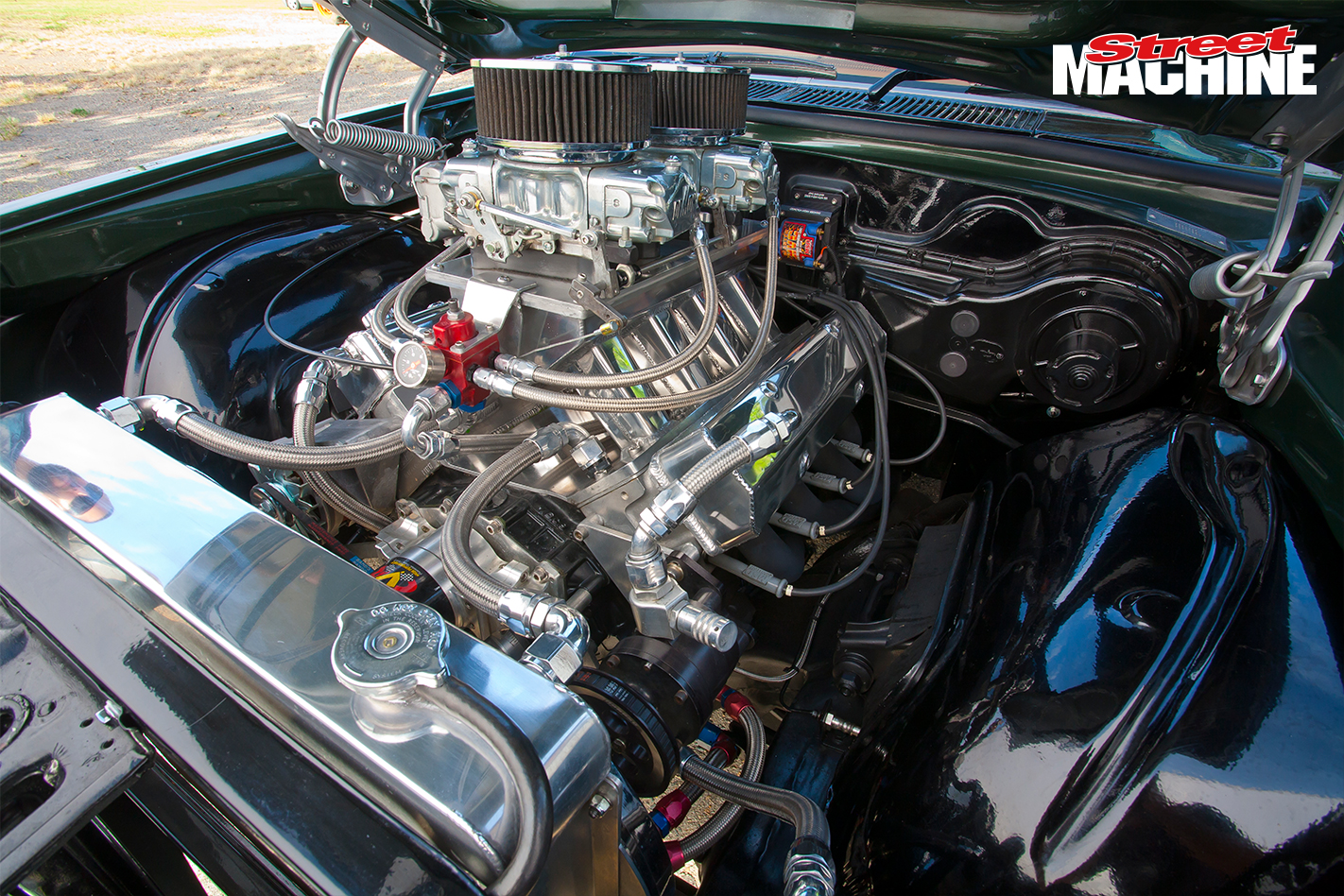 The motor is a Holden 383 cube stroker V8 which is good for 500hp at the rubber, or approximately 680hp at the crank

“I’ll never change the colours, but I’d like to tub it and get a bit of dish on the back,” Mick says. “The boys have been trying to gee me up to race it, so there’s a chance I might cave and put it down the quarter just to shut them up. Other than that I just want to keep cruising it and having fun on the street. I do feel sorry for the car sometimes, because every time I take it out it cops a thrashing, but ultimately, that’s what I built it for.” 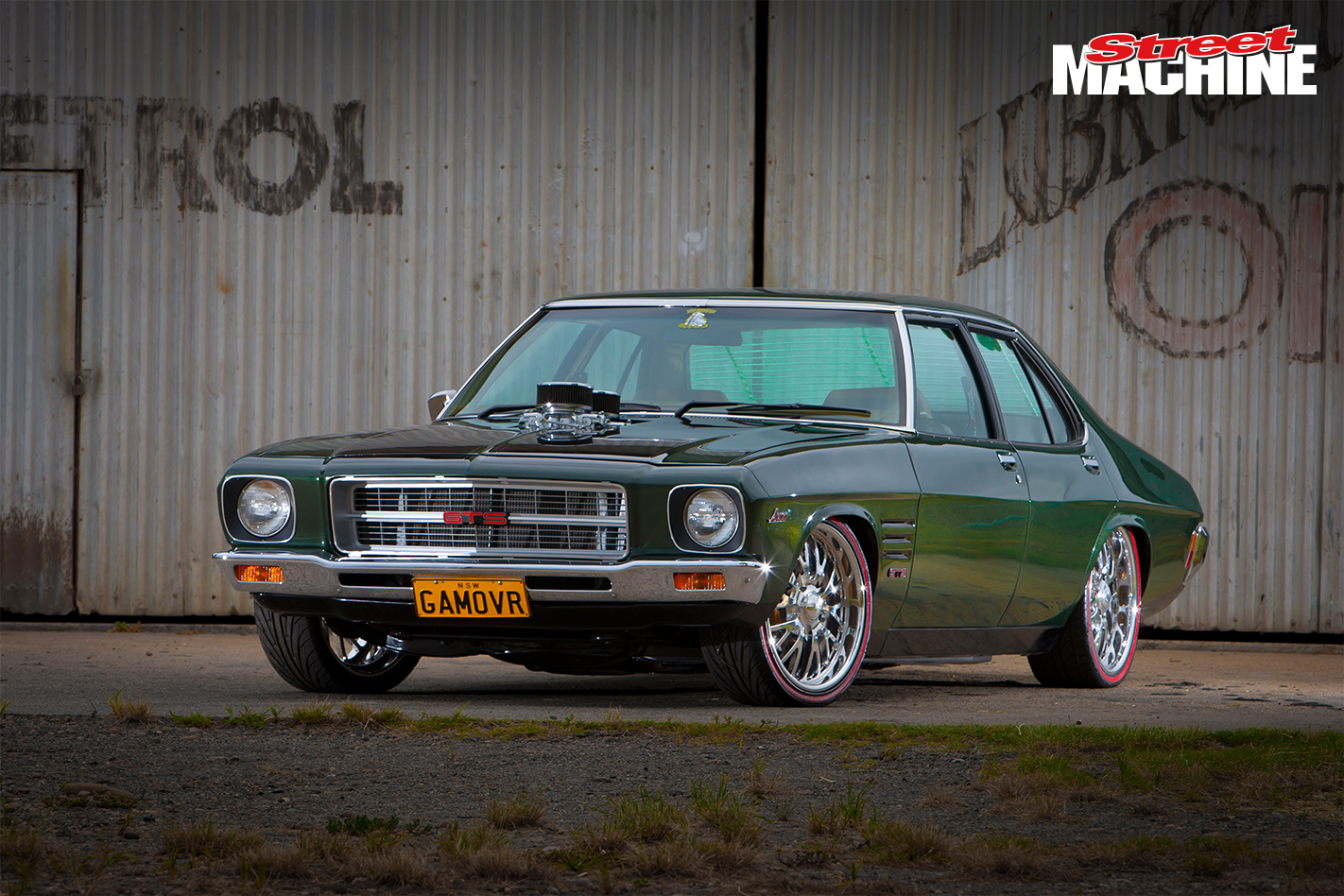 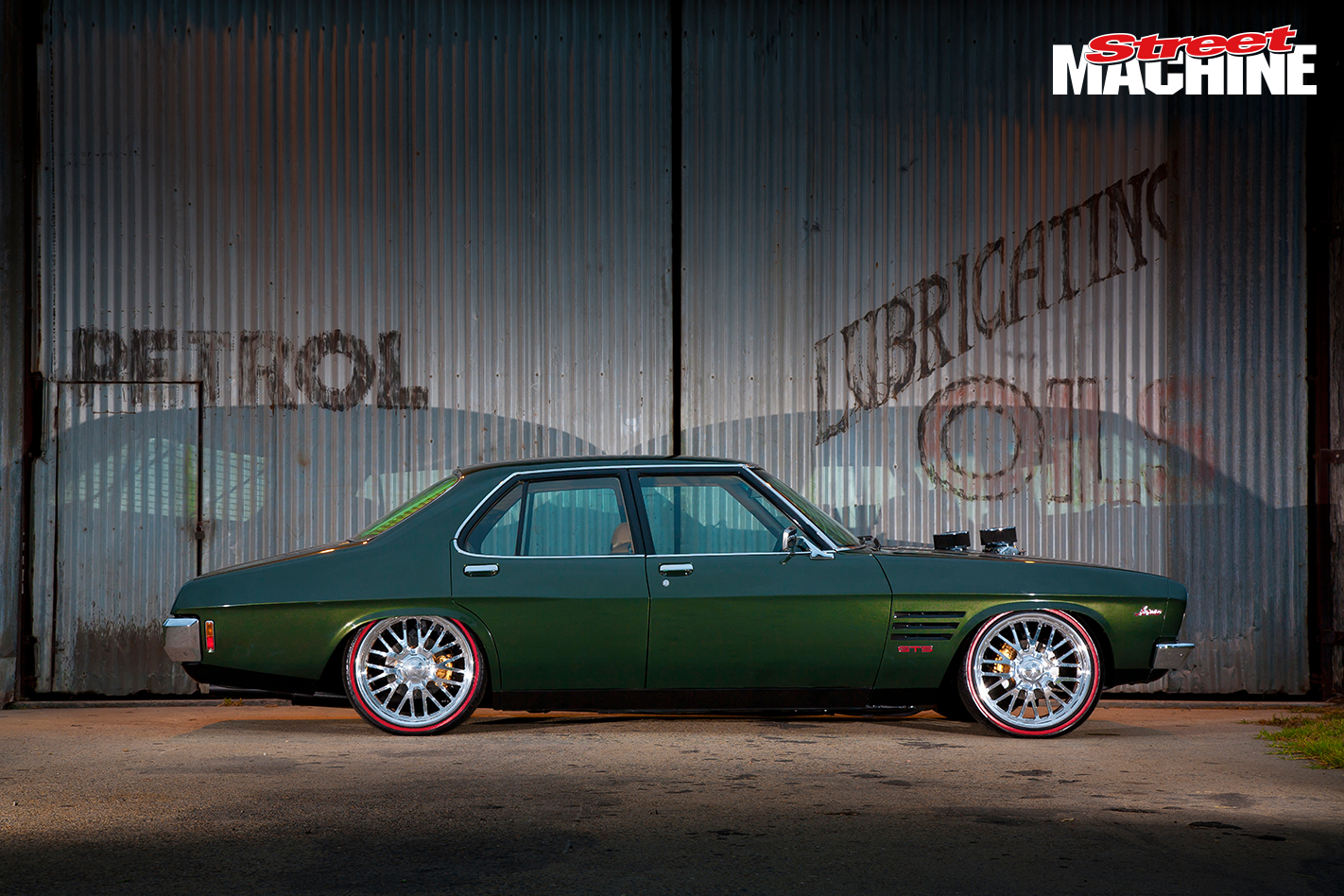 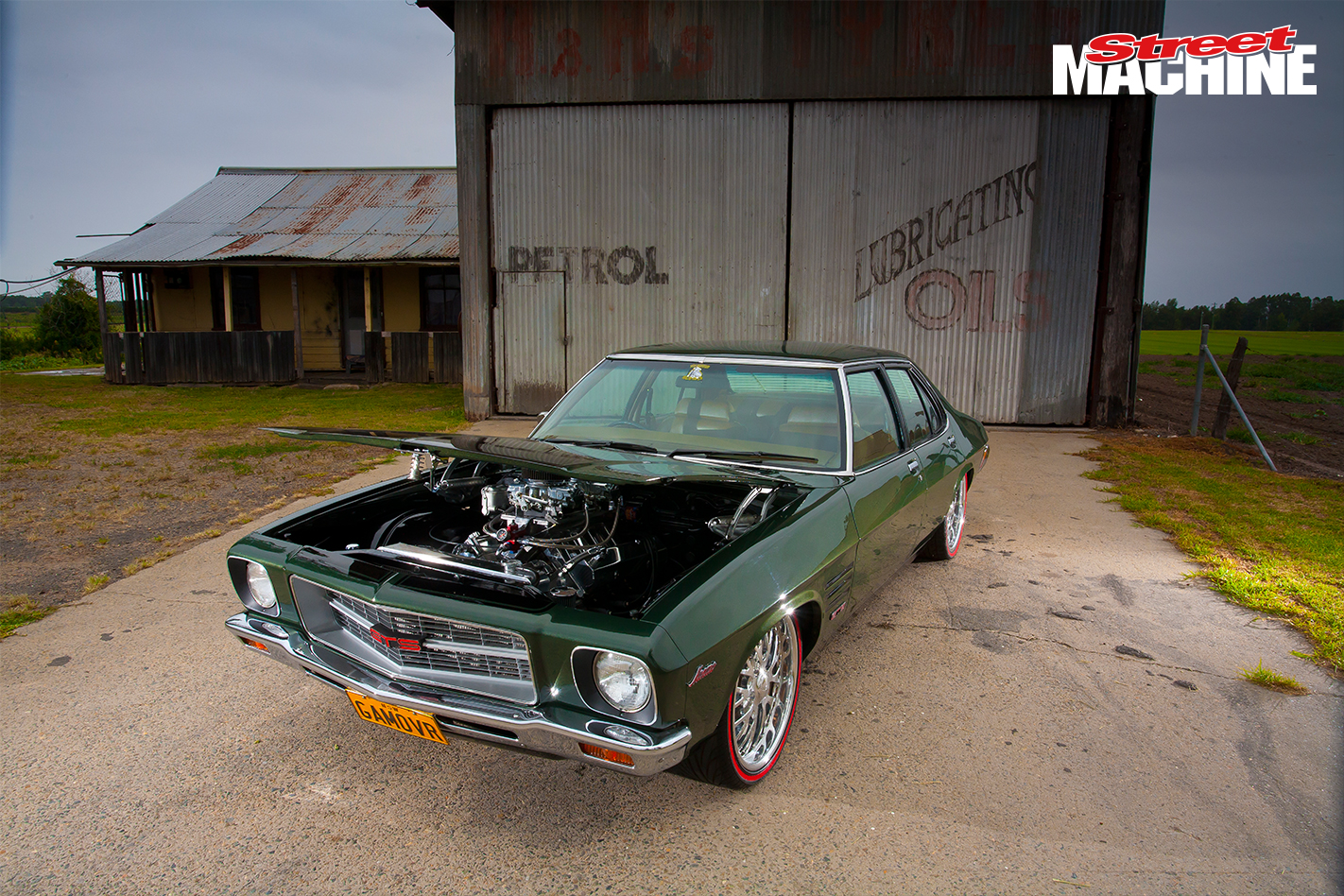 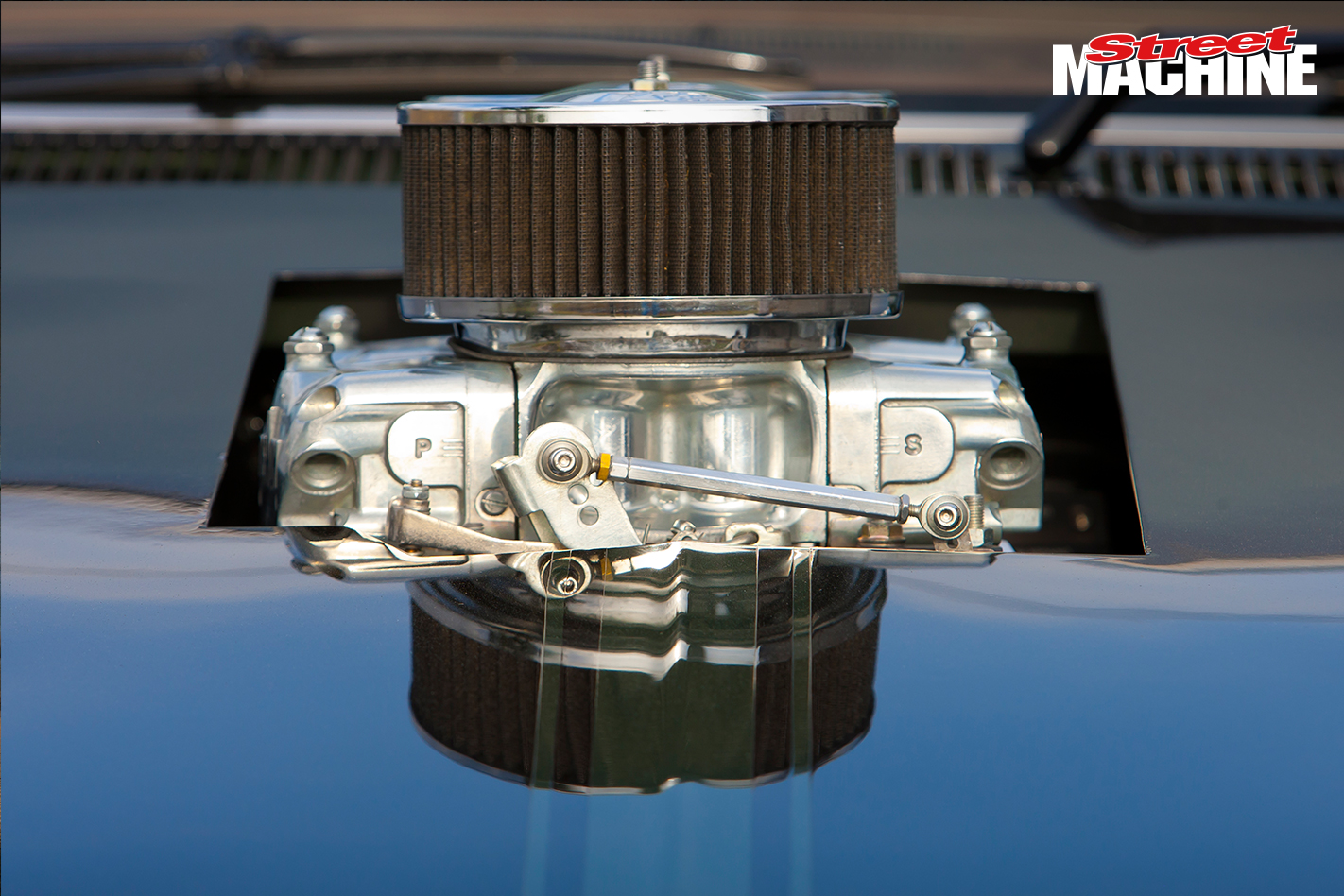 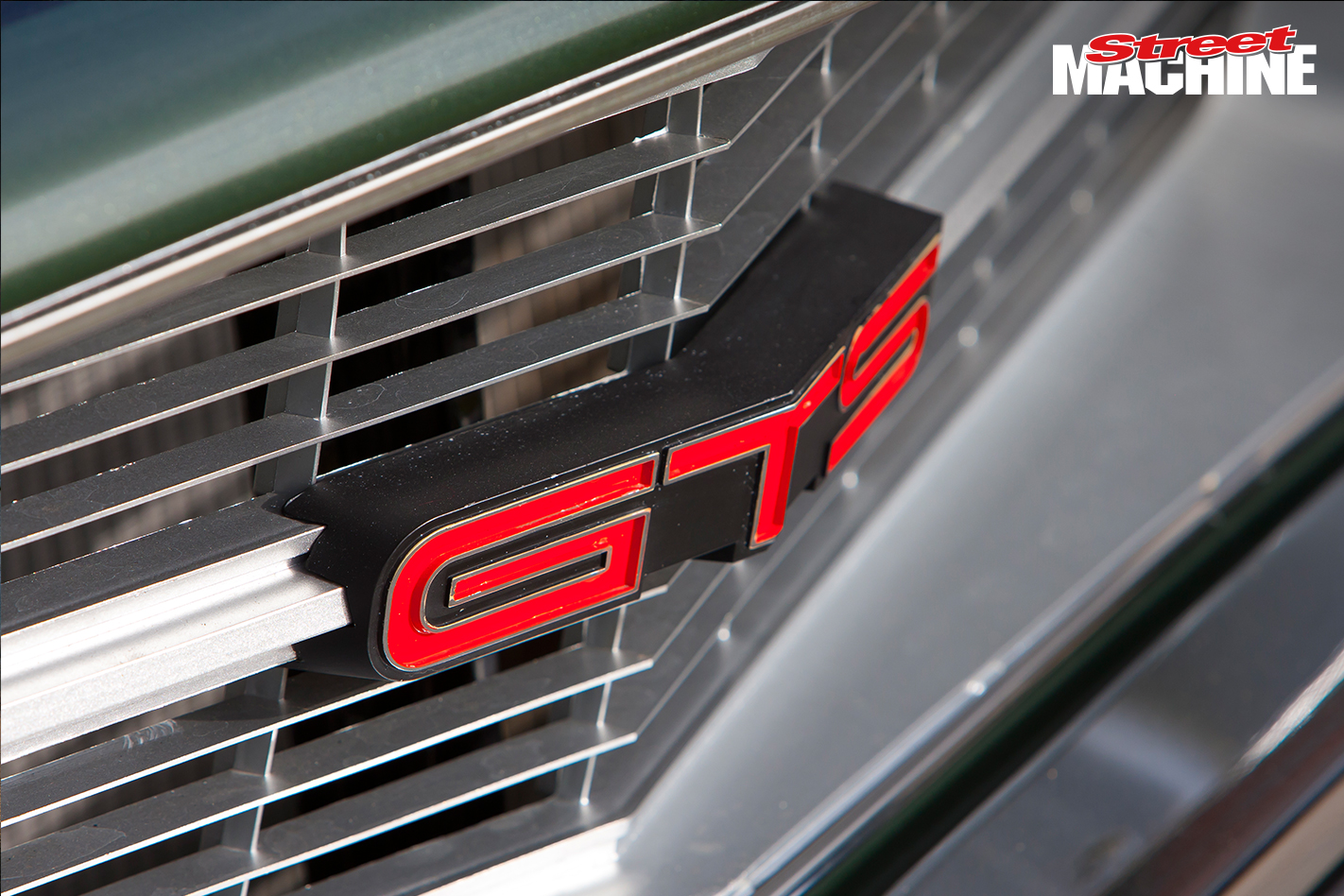 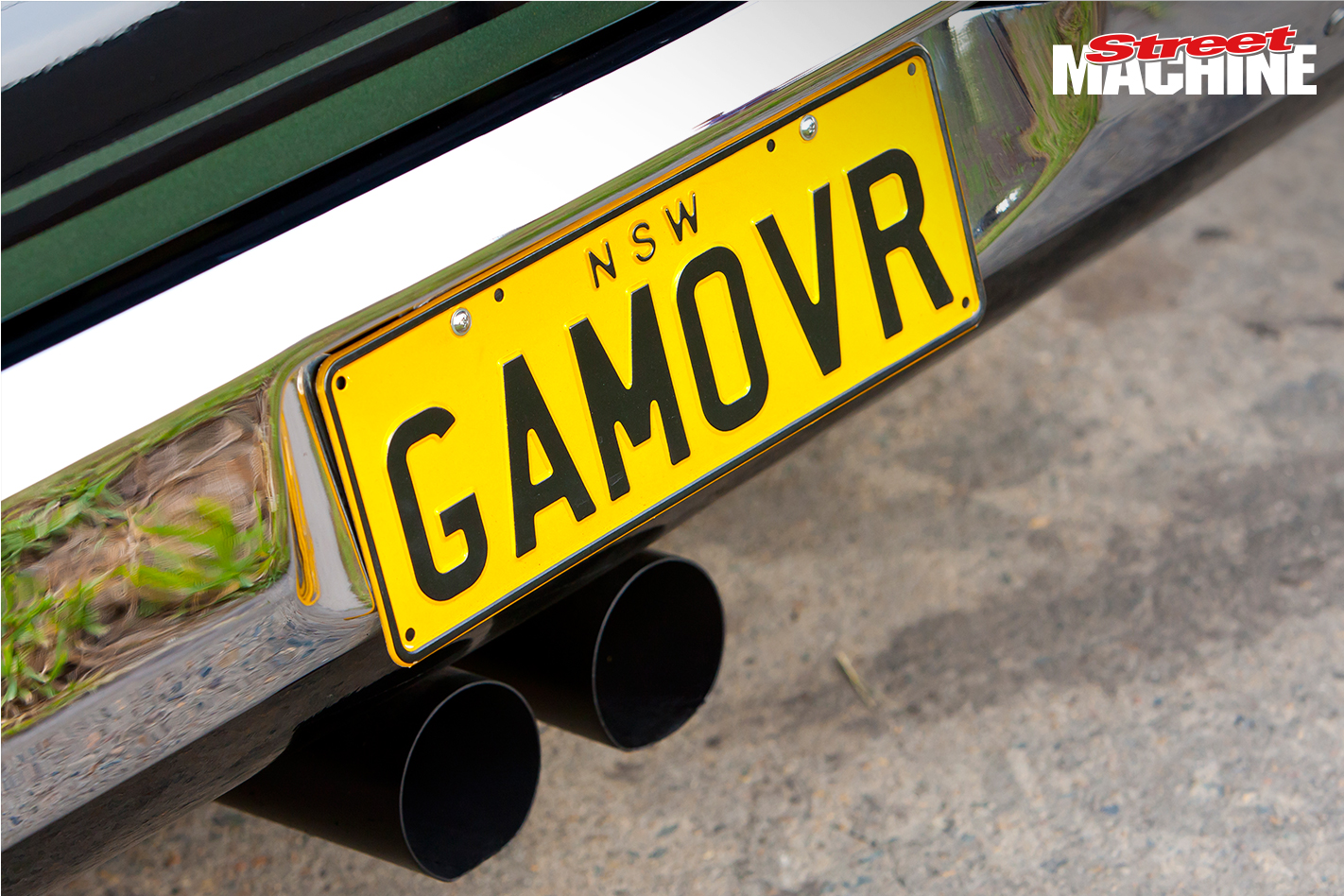 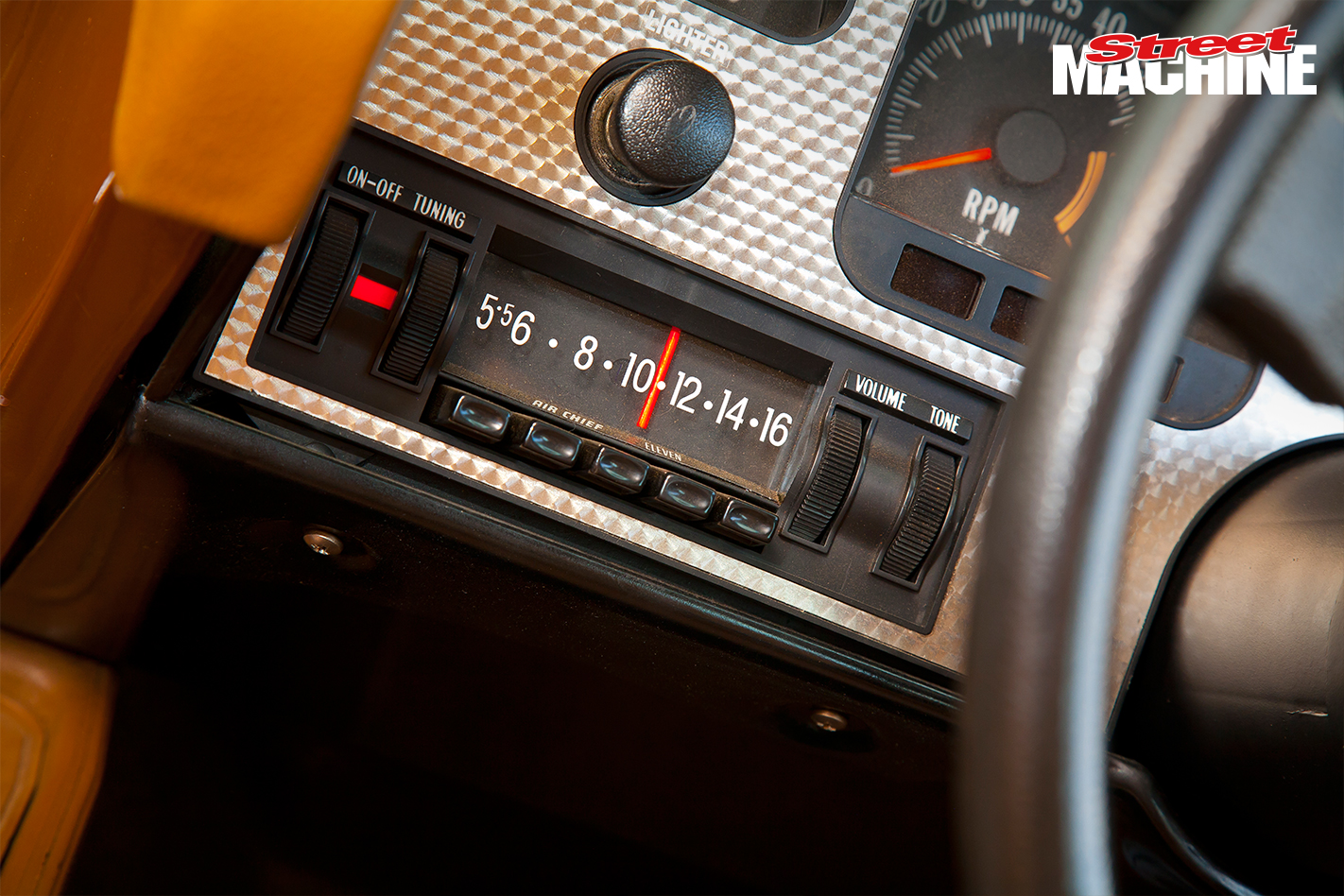 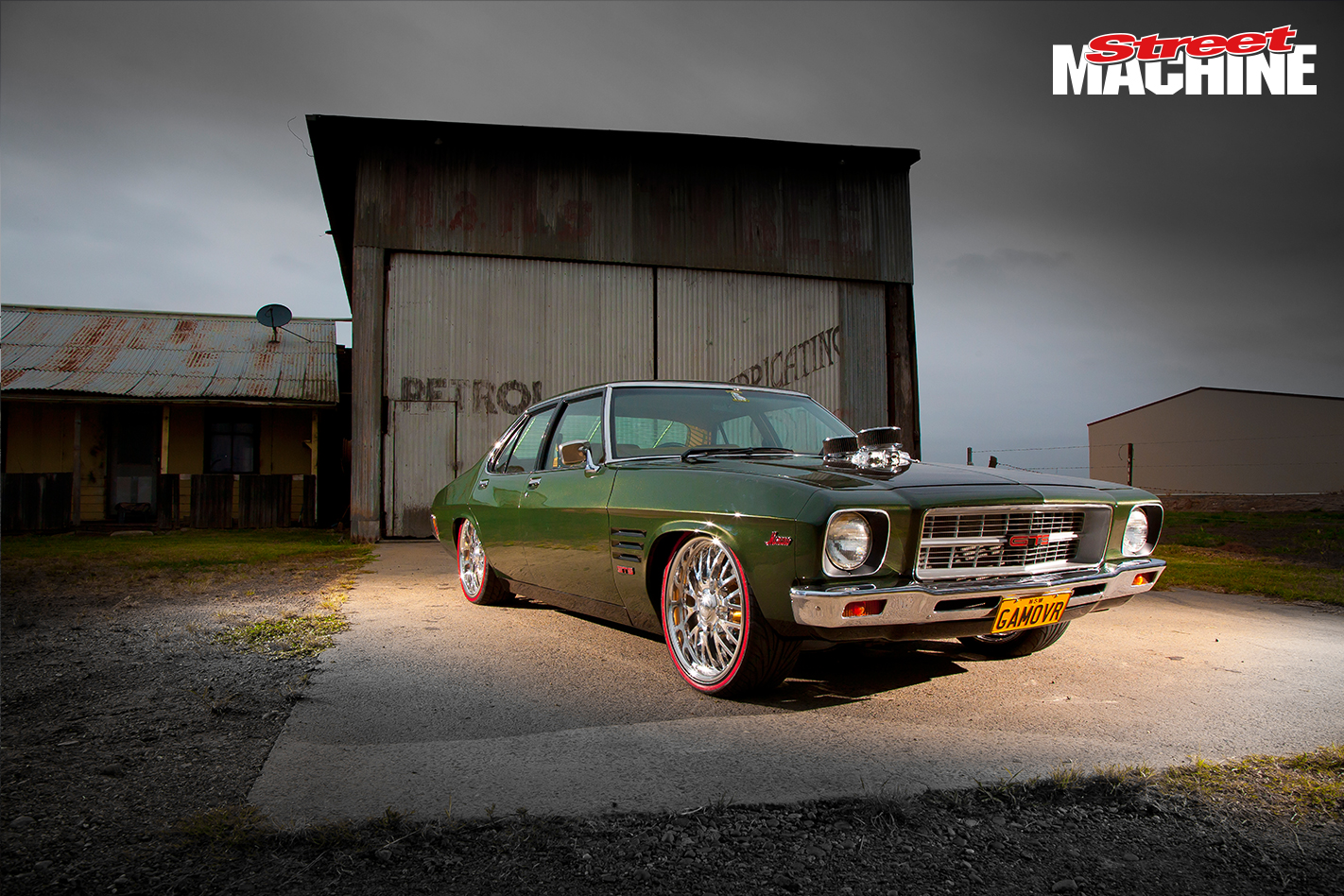