THIS article on Leo Martino's '71 Ford XY ute was originally published in the January 2014 issue of Street Machine magazine.

RUST – it’s the bastard cancer that causes street machiners no end of pain, eating our beloved cars from the inside out. Geelong concreter Leo Martino knows this all too well, building this stout pro street ute out of a busted-up, half-eaten dunger. 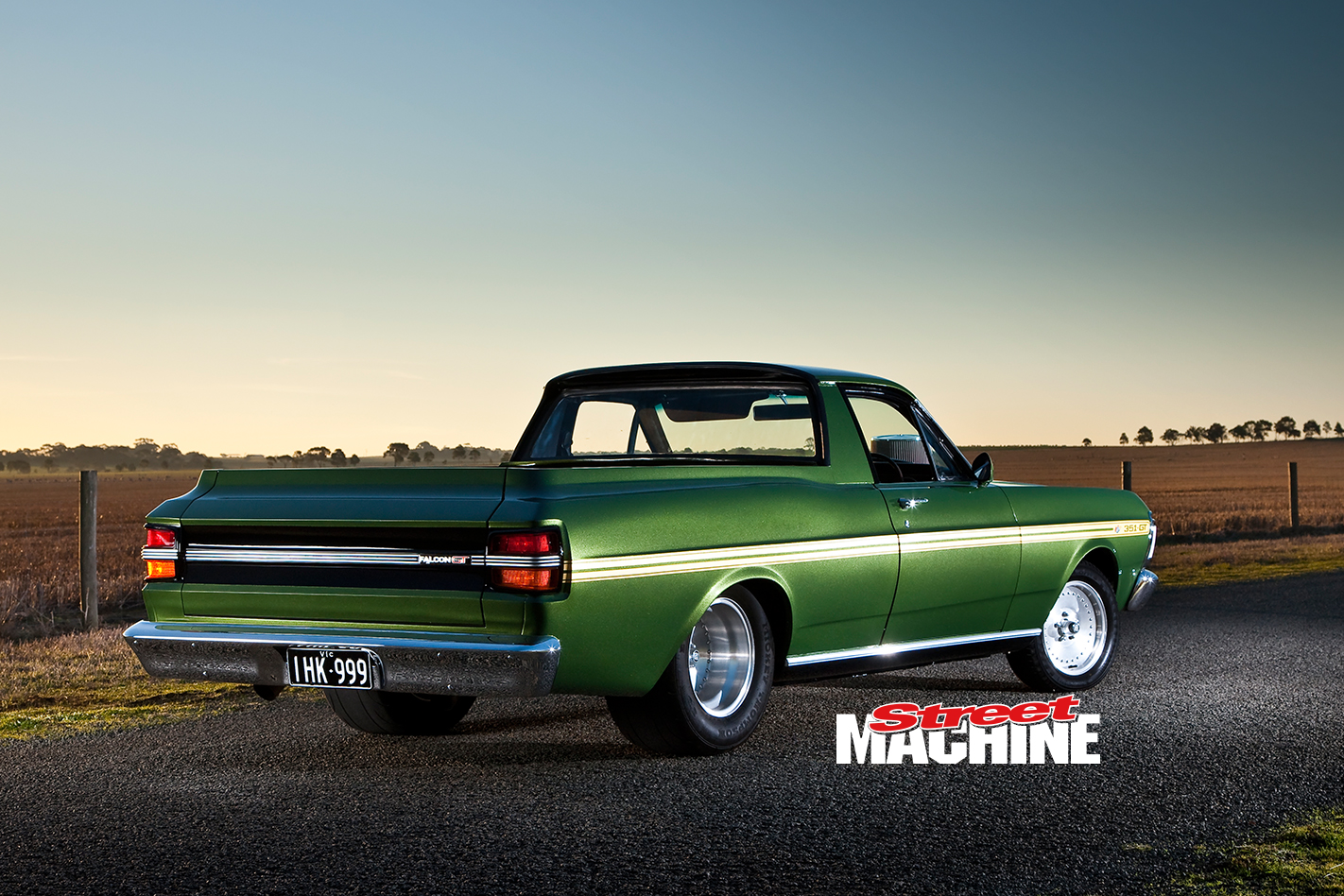 “I knew the guy who had it,” says Leo. “It had been sitting under a carport for six years. He’d sold it three or four times, but every time someone would come to get it he’d renege on selling it. But it really had too much rust. It’s not what you see on the outside, rather what you find on the inside.” 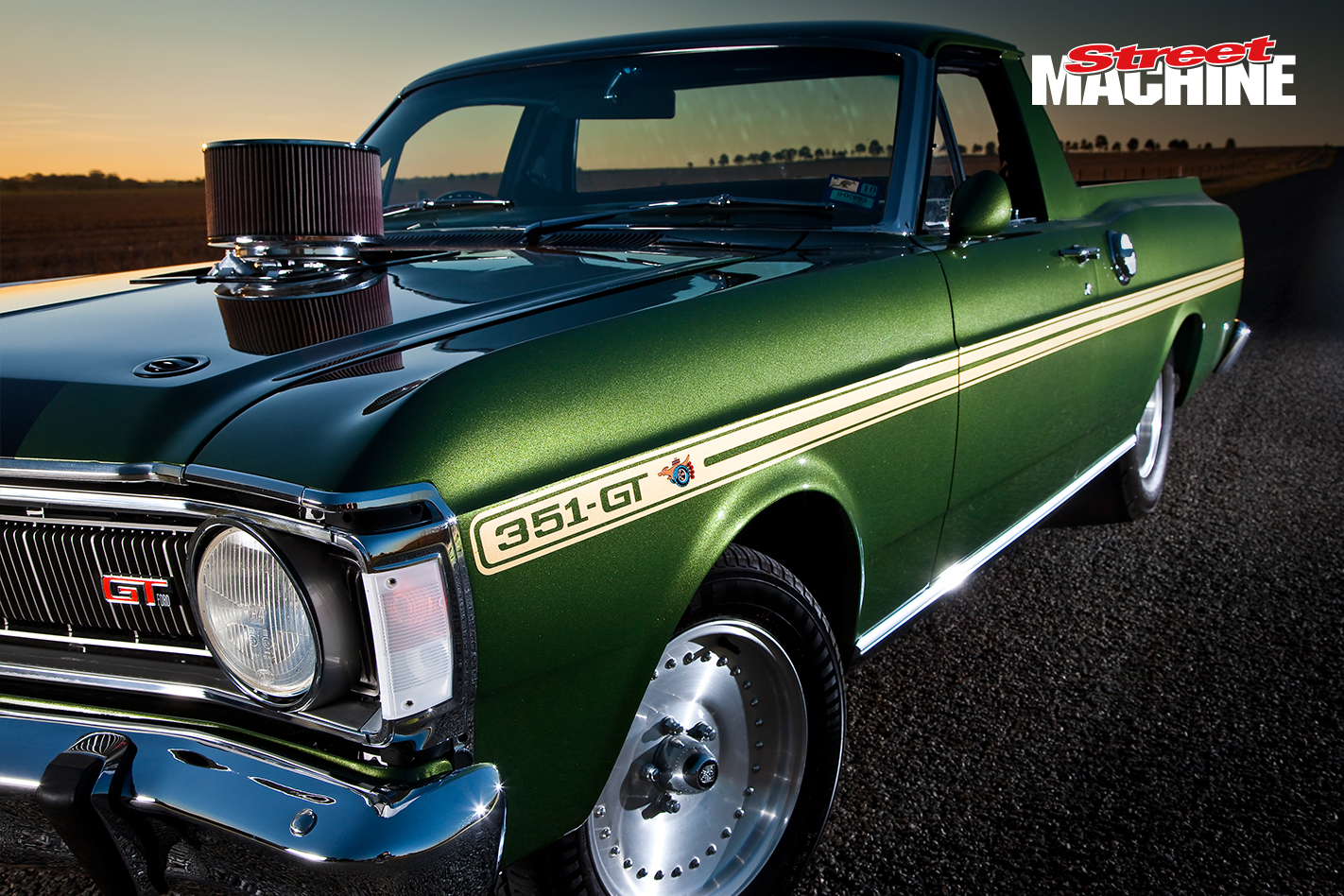 As the old saying goes, beauty is skin deep while ugly goes all the way to the inner sills, and Leo soon discovered this held true for his hay hauler. “I took the paint off myself. It looked good with just a couple of bubbles in the door, but then once it was stripped I saw how bad it was and realised I was going from scratch.” 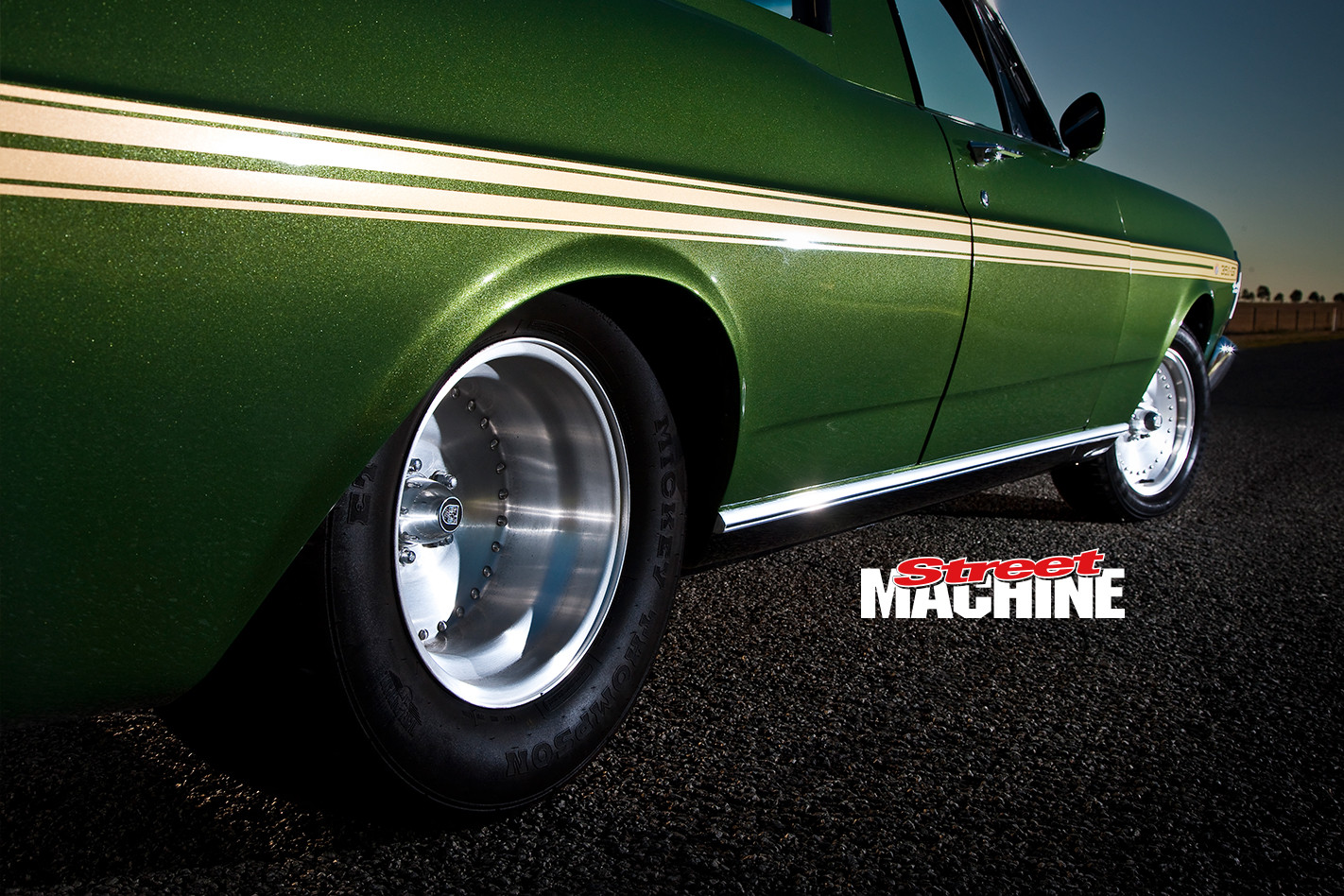 What started with a dodgy roof skin and gutters being replaced by a new lid made from a ZD Fairlane turret soon spread to both side pillars, and then just snowballed from there. Door skins and lower front guards were made, while the rear tray floor was cut back to the panel skins to clear the triangulated four-link and those fat custom tubs. Metal whiz Mars Trupkovic also built new custom rear chassis rails, lower rear quarters and a new beaver panel along with a fuel tank filler and door (operated by a custom gas ram for easy access). Mars also made new sills for the ute, with the inner beefed up to 3mm-thick steel to give the old Henry a tougher backbone, before shooting on the mildly tweaked Jewel Green paint for a period-cool look. 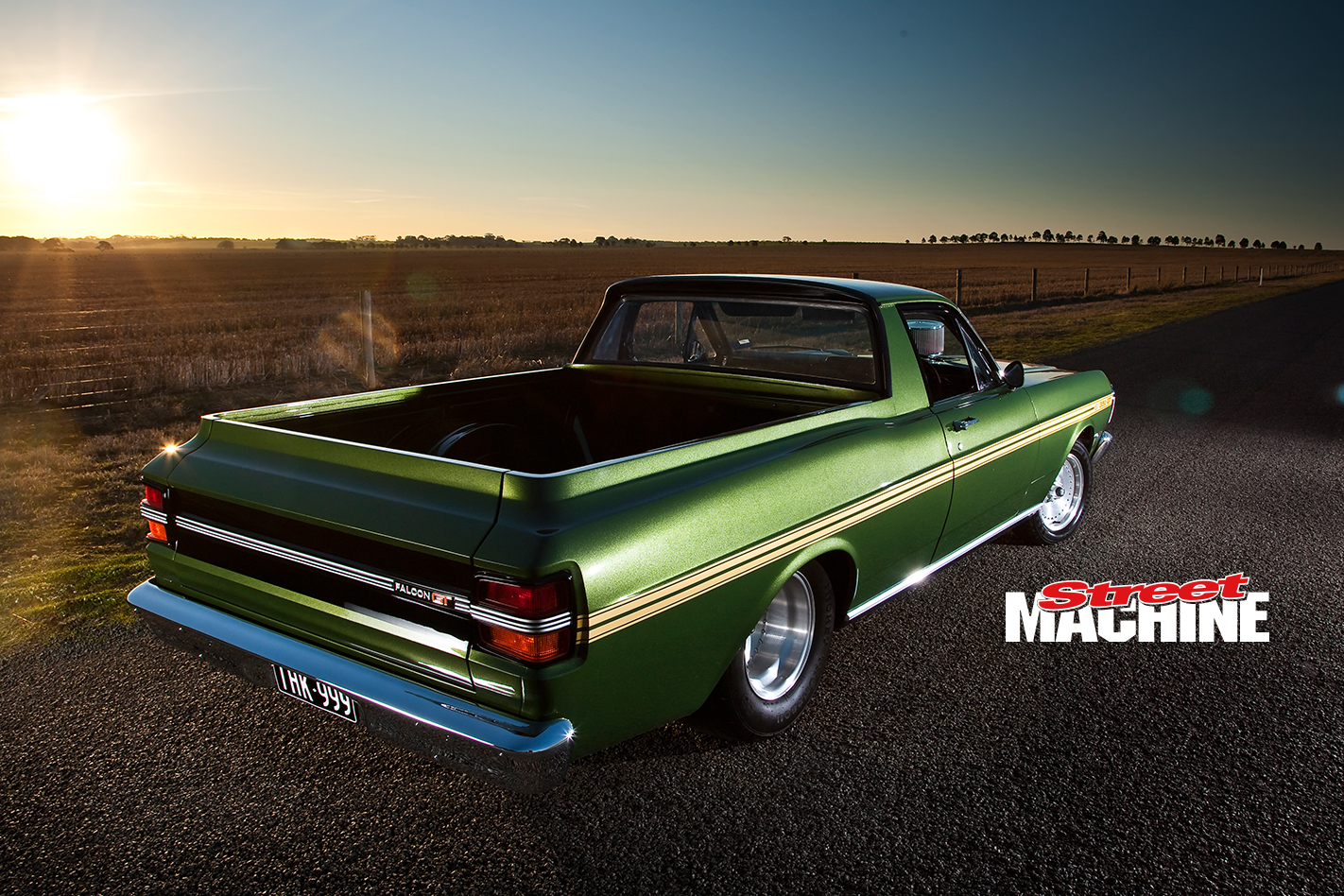 “Mars is a panel beater by trade, but he also sprayed the ute. It is actually straight off the gun,” says Leo. “He’s meticulous – he takes a lot of pride in his work. The ute ended up so good I gave him extra money for the job he did!” 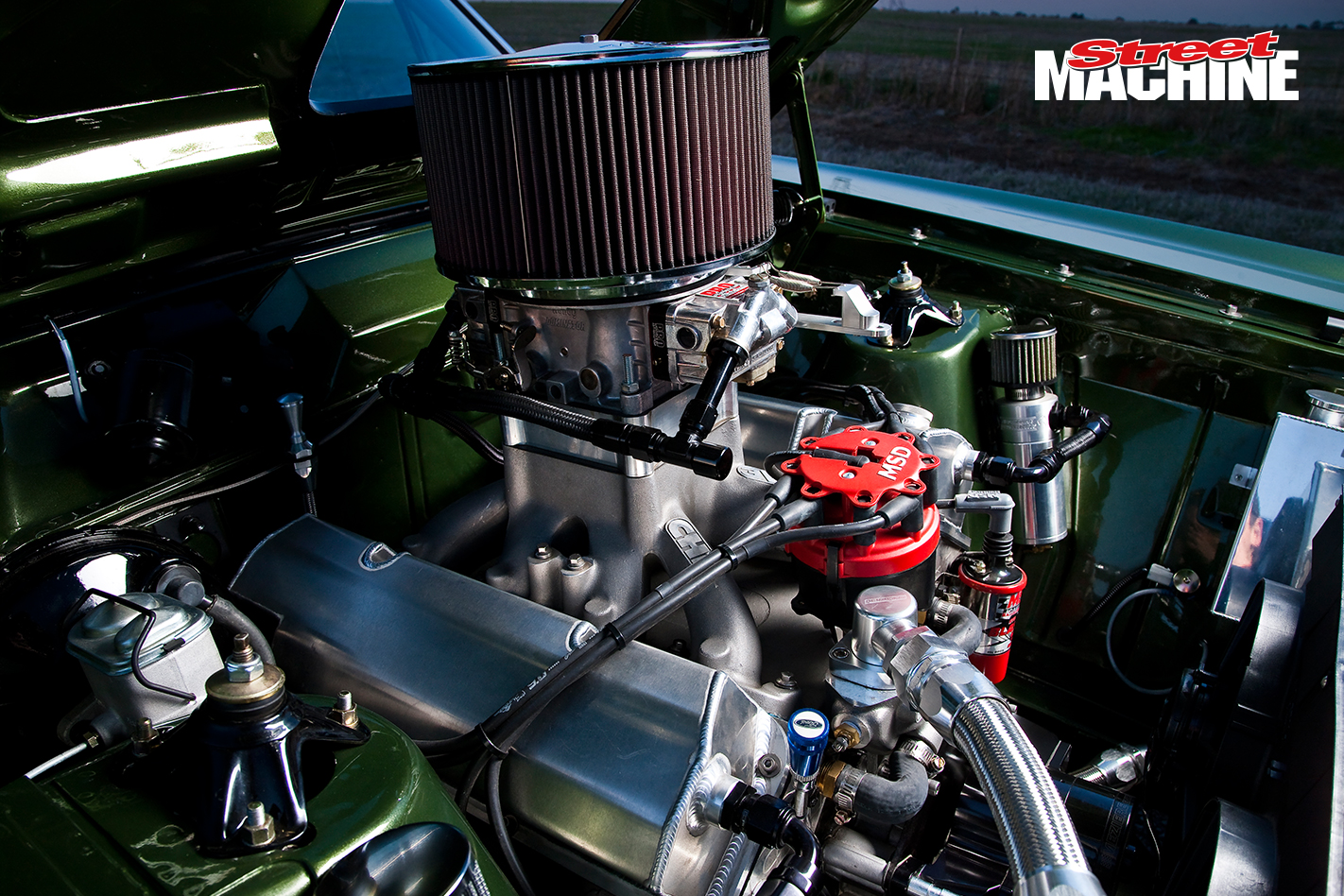 While the duco is period-style, XYs never left the factory with a 700hp, 440-cube grunter poking through the bonnet! Screwed together by Competition Engines, it’s a Boss-style motor built off a Dart Windsor block, with CHI 3V Cleveland heads, CHI 3V inlet manifold and an 1100 Dominator carb. Support acts include MSD ignition, custom radiator, Magnafuel pump, ASR sump and a custom dual 3in exhaust, mated to 2in primaries and 3.5in collectors. 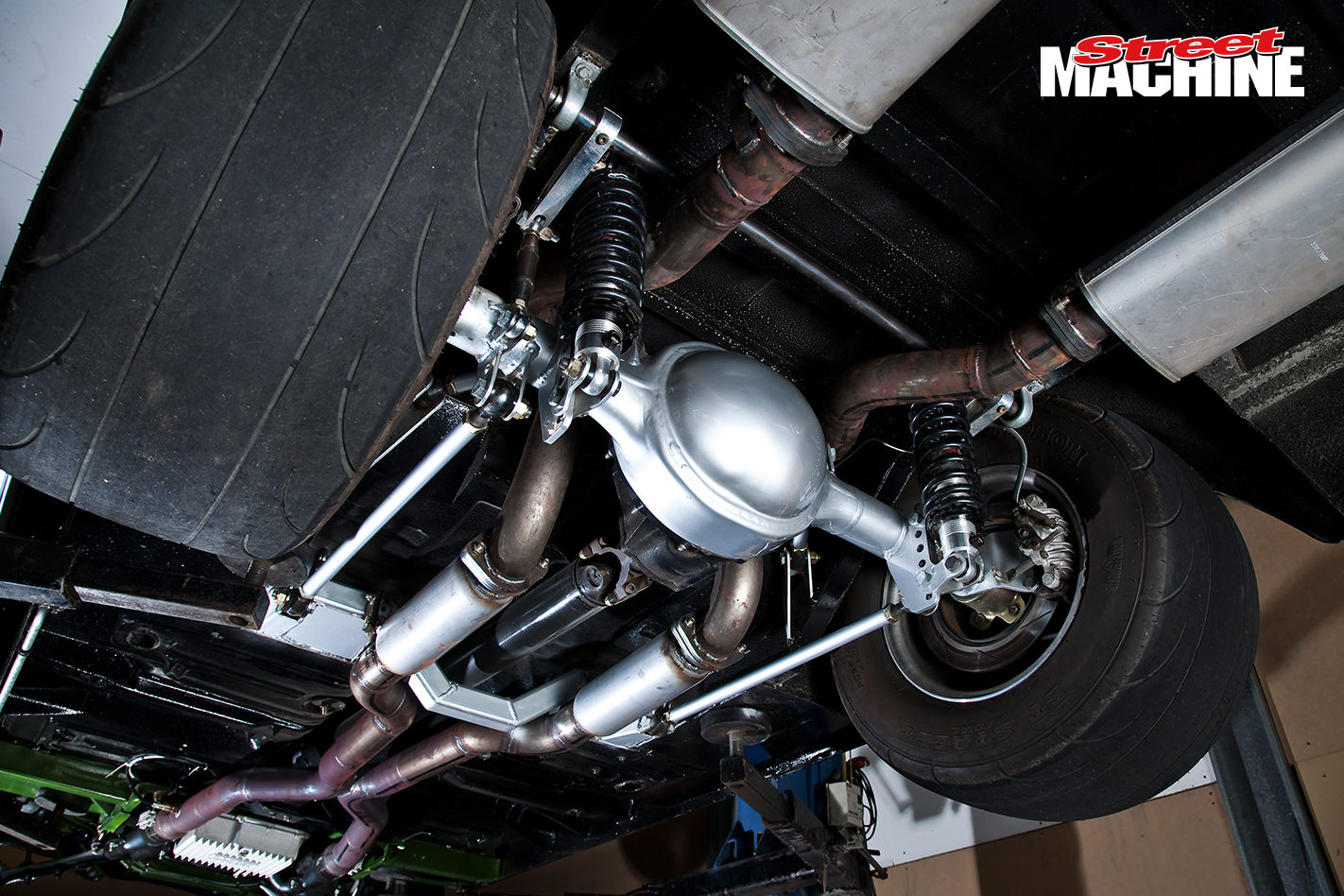 “With my mufflers and pipes it’s pretty stealth; I built it for street and strip, but made it more street friendly. I dragged it at Heathcoate a couple of months ago and did a 10.9. I went to Calder a few weeks back, but they’ve changed the rules, so if you run quicker than an 11 you need a ’cage, and I didn’t want to get booted too early,” he said. “It’s set up for between a 10.2 and a 10.4, but if I changed the gears it’s good for high nines.” 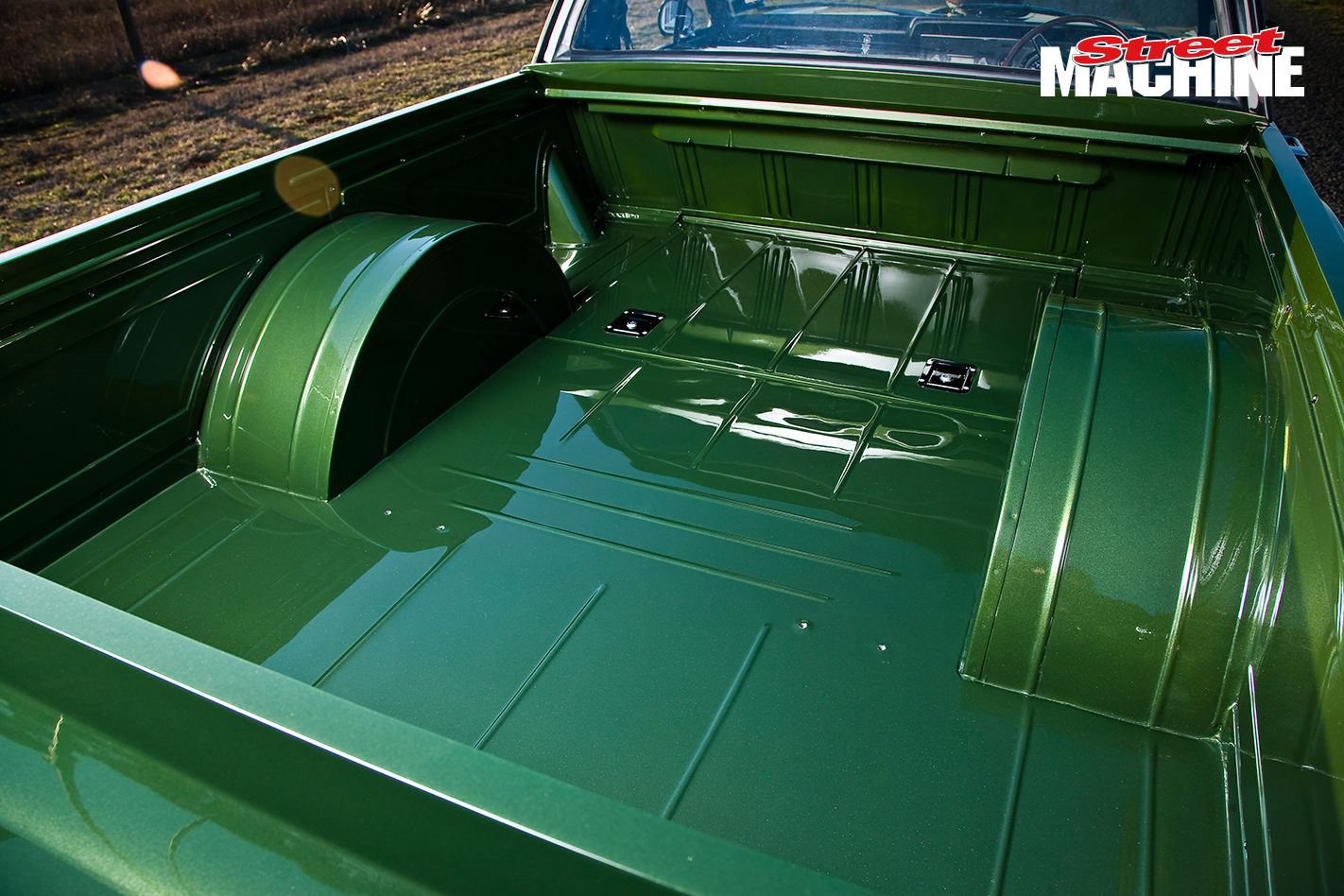 The super-stout Clevor is backed up by a Barry Adams-built two-speed Powerglide, fully manualised and equipped with a transbrake, spinning a 5000rpm TCE convertor and a custom three-inch tailshaft. With the tubs in the back, a factory diff was always going to need work to fit so Leo had the nine-inch filled with 31-spline axles and 4.11 gears, plus custom brackets for the QA1 coil-over struts. The diff wears Nissan Skyline discs, while the front end retains the standard disc set-up boosted by a vacuum-assist pump. Fifteen-inch Center Line Autodrags complete the classic pro street look. The satin-finish wheels span 15x10in up the back wearing 325x60 rubber, with 15x5.5in up front. 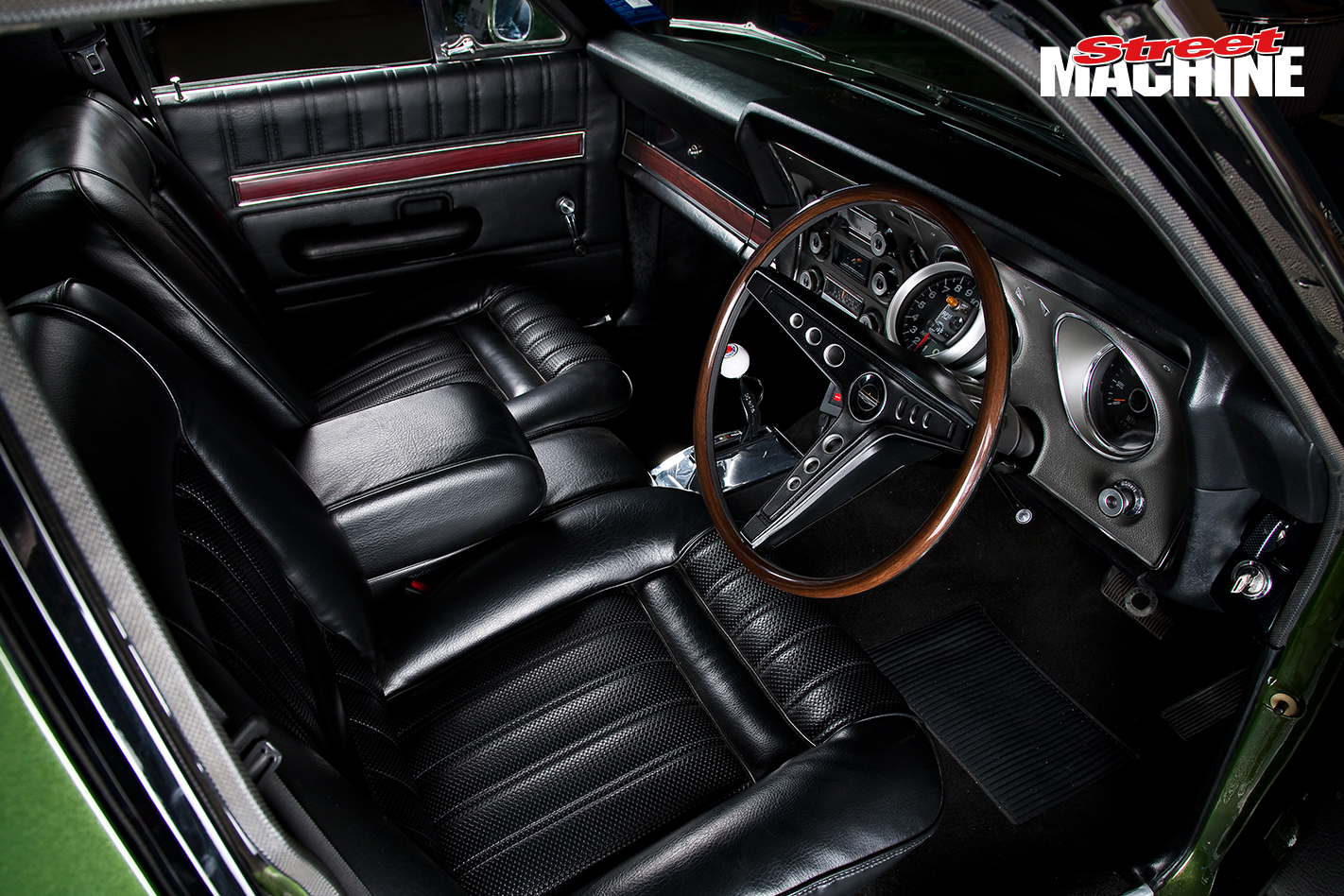 Inside, Leo wanted a factory-fresh look that never dates. You’re looking at classic black carpet and matching original-style vinyl GT seats, with a GT Falcon steering wheel and gauges. A Hurst ratchet shifter provides for some extra sizzle. The cabin is clean, simple, stylish and practical, just like the rest of the ute. 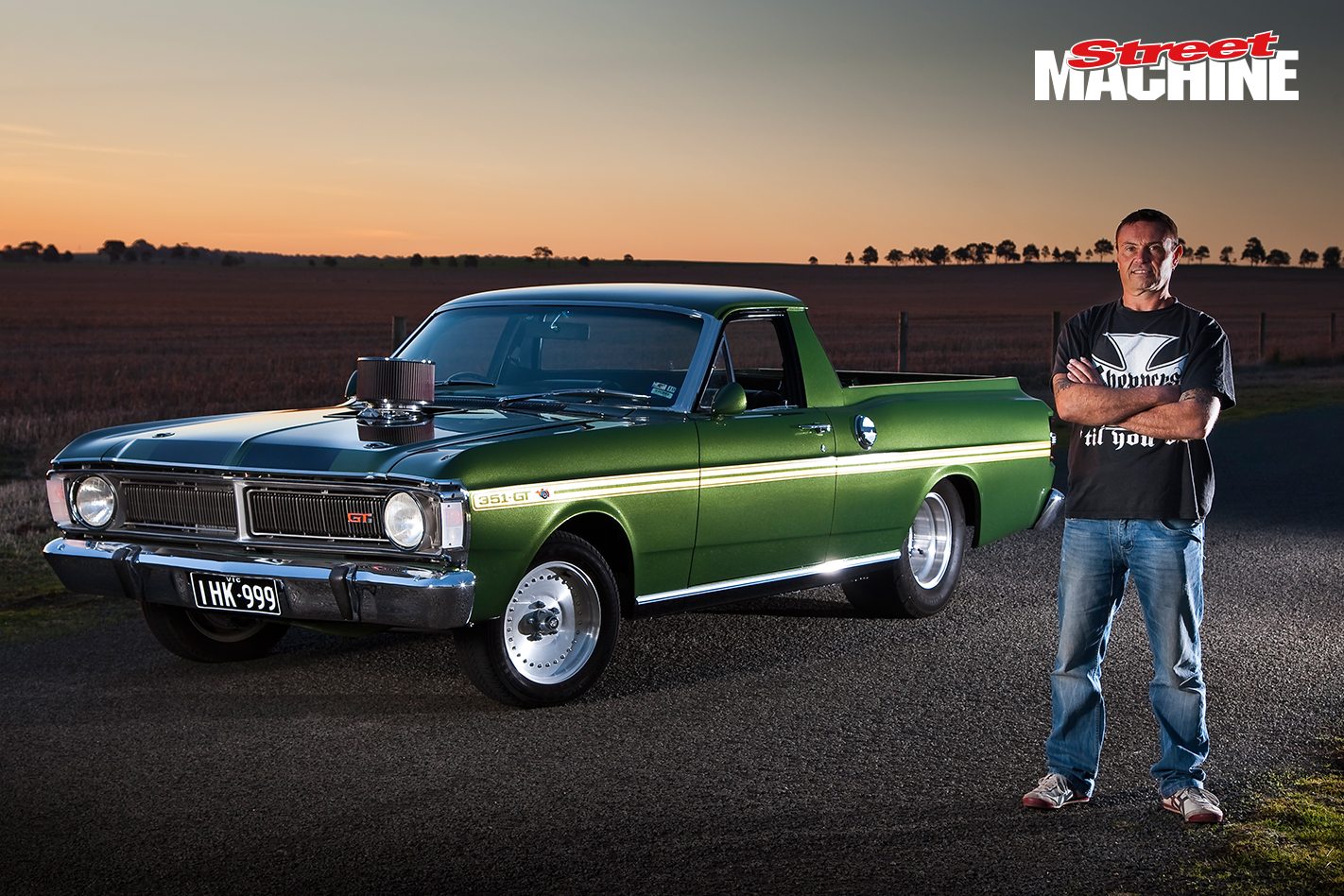 “The ute took two years of work on weekends, with Mars having full control of the build. I have to thank Mars for an outstanding job on the bodywork, paint, tubs and all the hand-made panels he fabricated when he couldn’t buy them. He is a true artist and a perfectionist in what he does. I call him the princess, whereas I can’t wait to flog the fuck out of it,” Leo laughs. “Drive it like you stole it!”