COOL car addict Al Burgers reckons he just can’t help himself, knocking out a new ride about once every two years – and that’s just the ones he built from scratch. Here’s six of his favourites. 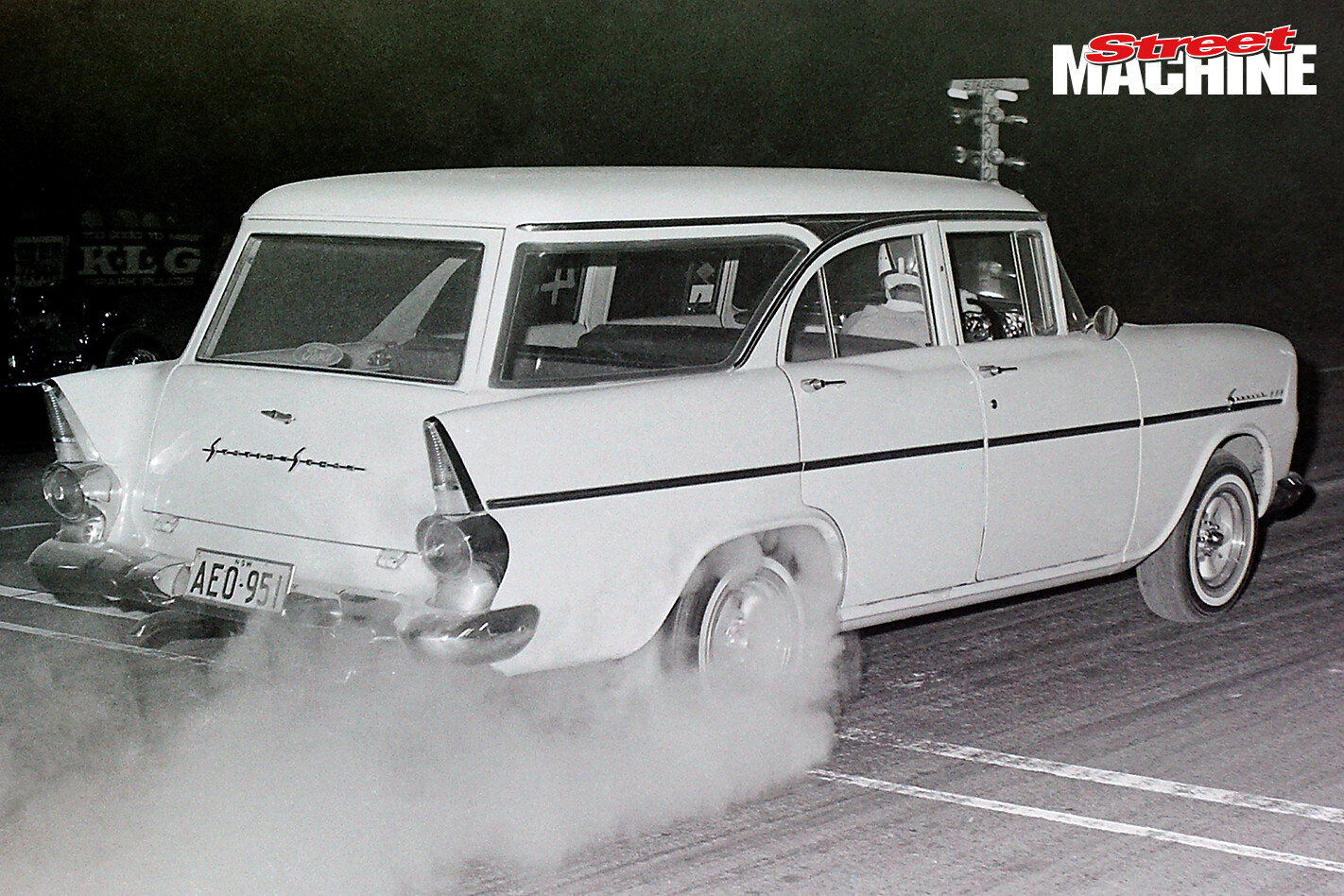 This was the first street toughie owned by Al, an EK Holden Special fitted with a genuine Mustang 289 Ford and Powerglide. Al found it in the AC McGrath’s caryard in Liverpool about 1970 and just had to have it. After three or four years he dropped a standard six back in and sold the 289 off separately (it’s still going around in a street rod today). It ran 15-second times at the first street meets in Australia, at Castlereagh in early 1971. 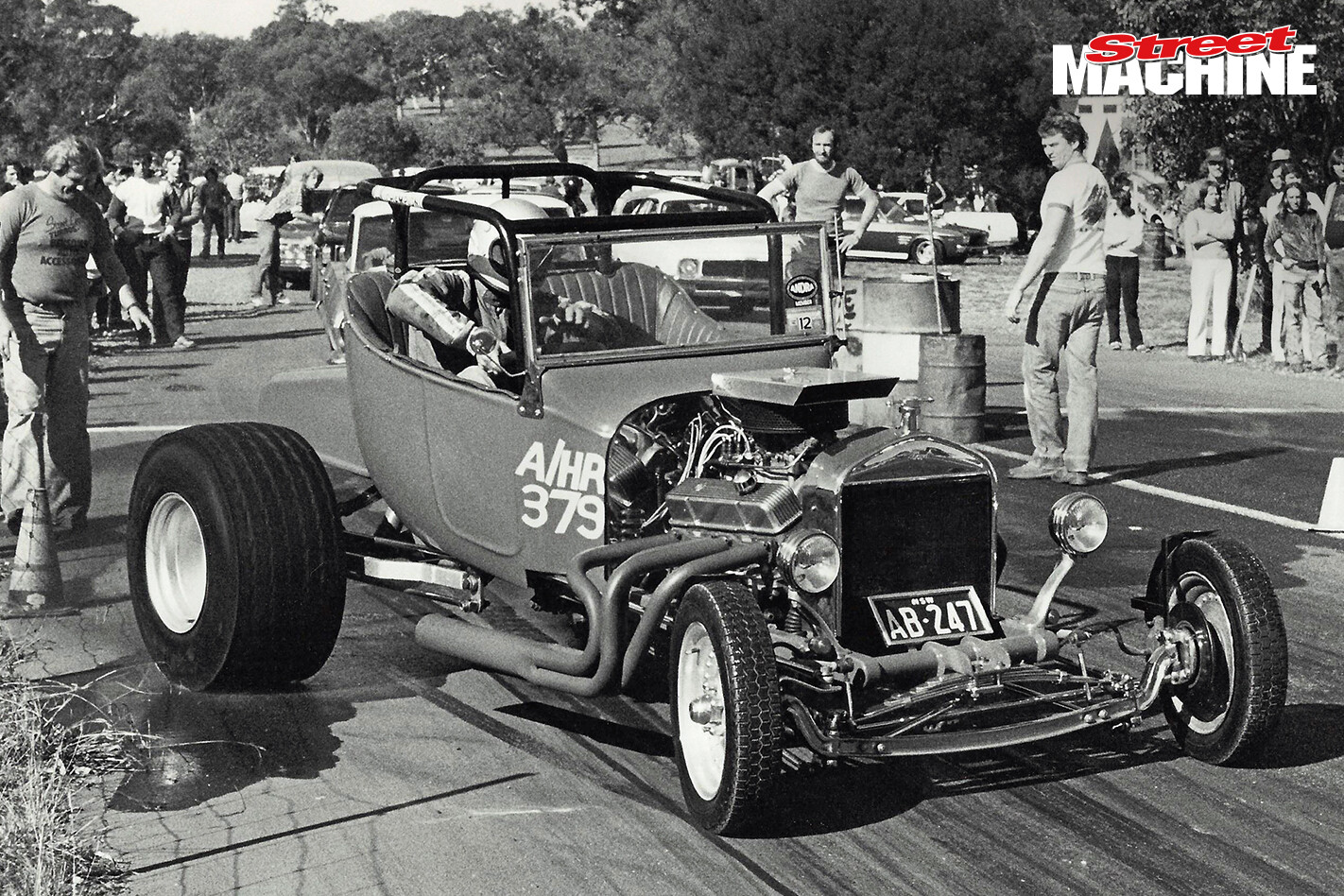 Al built this T-bucket for a mate in 1980, but his wife wouldn’t let him keep it, so Al took it back and used it hard for the next five years. “I did everything with that car,” he says. “I took it to the drags, drove it with no mufflers and a full spool and slicks on the street, just going crazy. It was a lot of fun.” Power originally came from a 283 Chevy with Powerglide and nine-inch, and on the quarter it ran a best of 11.96 with the 283, and 11.64 with a later 350 Chevy. 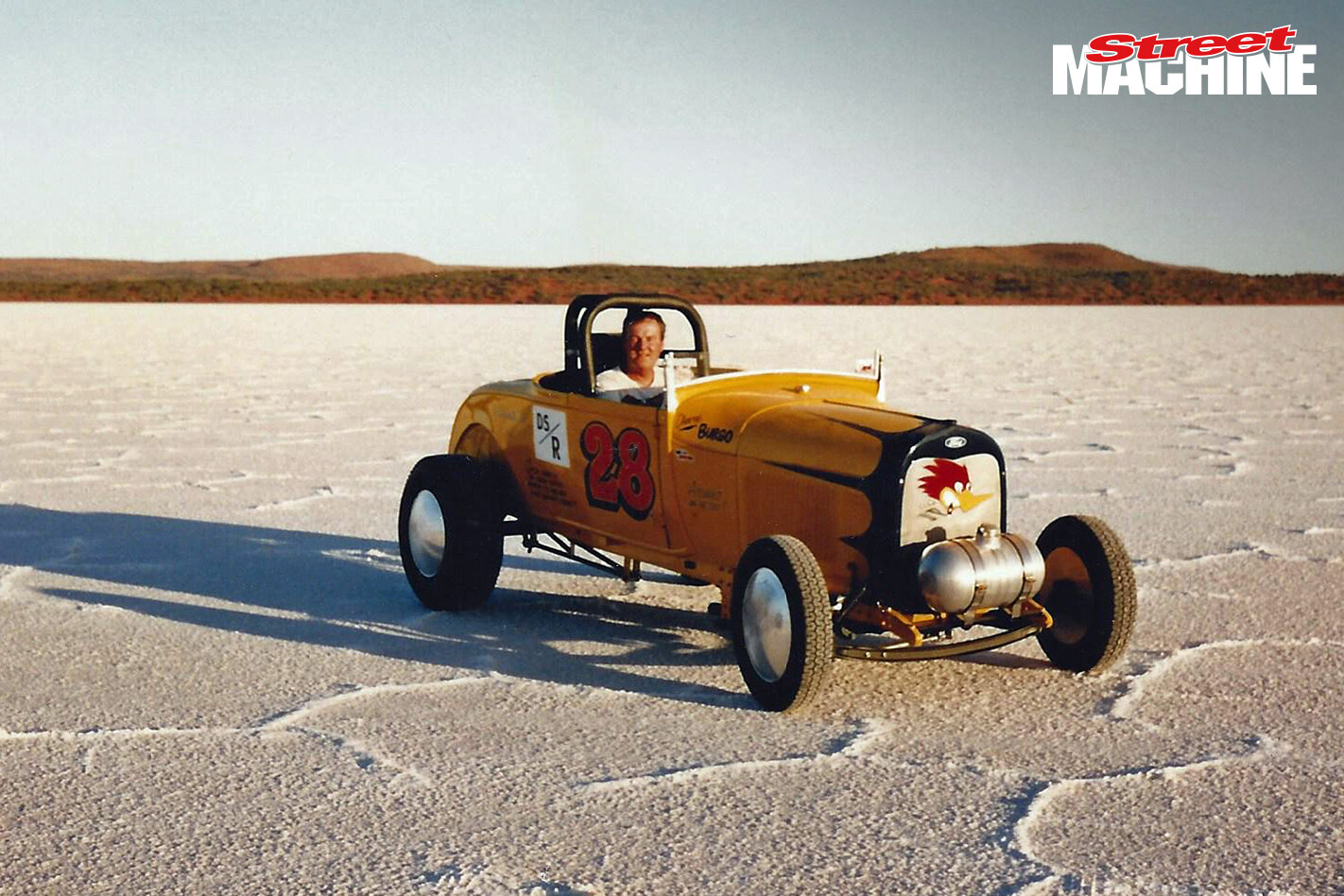 This ’28 Model A roadster was built in 1991in the space of three weeks for just $3600, in order to take Al to the salt flats at Lake Gairdner, just so he could say he’d done it. That’s not Al in the seat in this pic; it’s ‘Carrot’, an old mate. The body was ’glass, with all side-valve running gear, aside from the Mainline diff. The old sidey was dead stock and had something in the order of 500,000 miles on it, so it had its tongue hanging out to run 84.7mph. It was no great shakes, but at least Al could say he’d been there, done that. 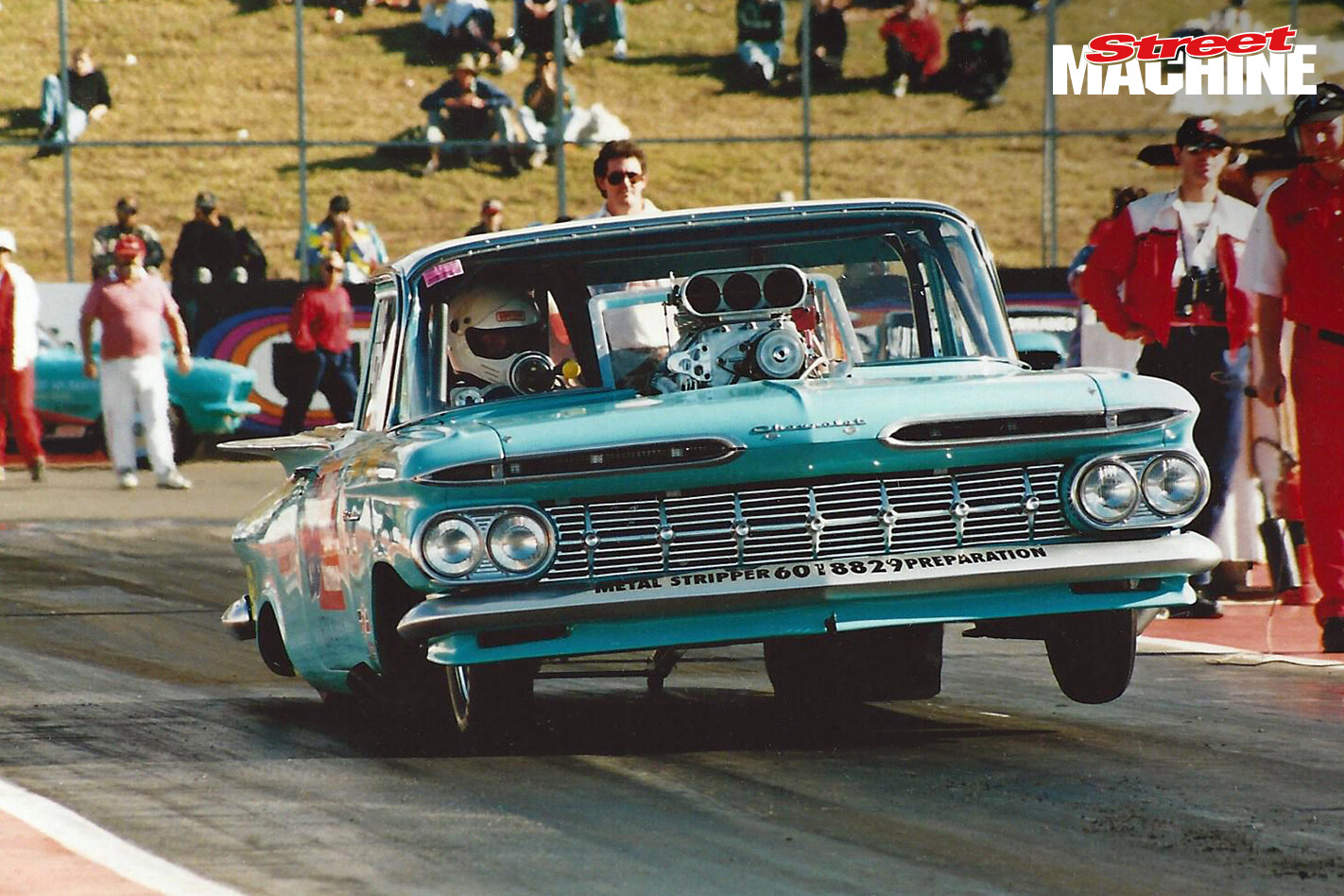 If there’s one car that most epitomises Al Burgers it’s his ’59 El Camino ute Wild Buncher, which he ran from 1994 to 1998. It was bought from the States for US$1900 with a 396 and four-speed. Al thus began work on the most immaculate car he’s ever built, taking 20 months. With a 454 and ’Glide, it ran a best of 7.73 and 181mph; then Al got adventurous and bought a Rodek and Lenco and began having problems. He only sold it after the Eastern Creek drags were stopped and Willowbank announced they were going to cease running the Wild Bunch. 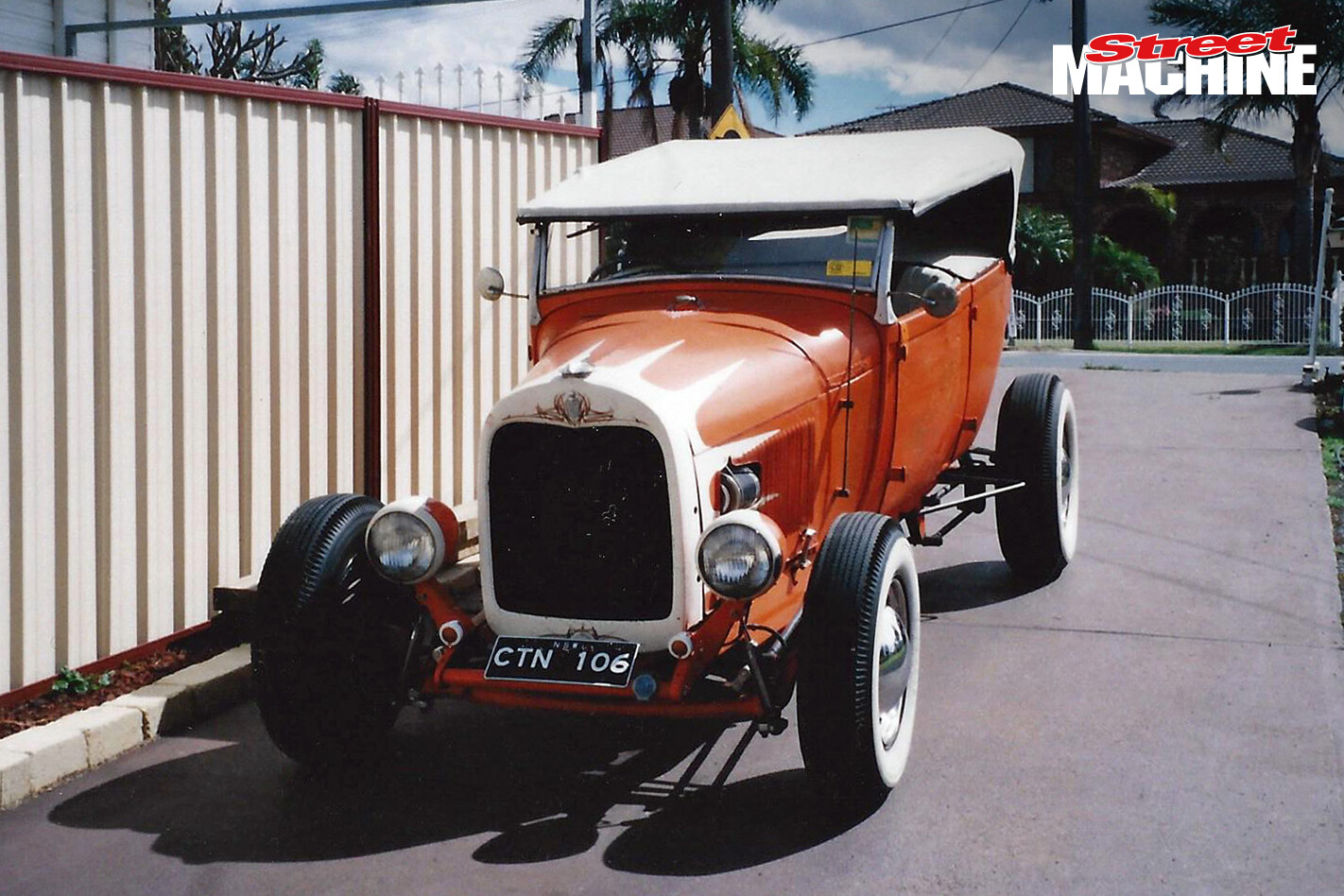 This Model A tourer hi-boy was one of a number of street rods built by Al over the years. He knocked it up in 2000 but sold it to a mate at work in 2004, and it’s still going around today. In 14 years it’s never been modified or touched aside from new tyres. It was equipped with a 350 Chevy, Turbo 350 (the only Burgers-built car not be fitted with a Powerglide) and BorgWarner diff, and the body was all steel. It was typical of Al: building something up from nothing, then selling it off. “I don’t know why I do it,” he muses. 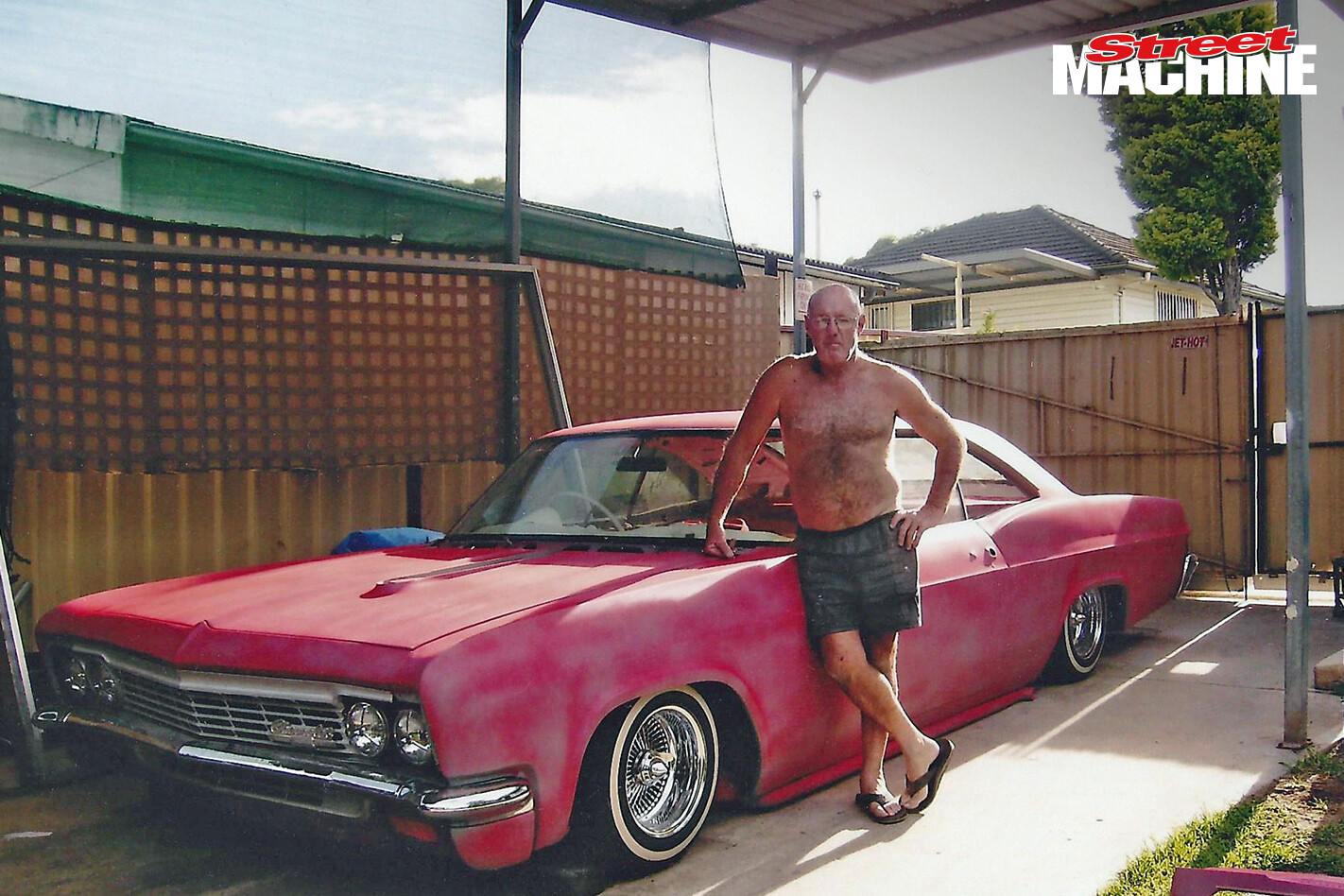 Al poses next to his ’66 Chevy Impala two-door low-rider, which he worked on between 2000 and 2011. It was a ground-up rebuild, finished in red primer. Uniquely, it had a six-cylinder 292 Chevy truck motor with six carbies. Unfortunately, Al had built the car to be driven with its belly (well, the steel skid plates under the body) dragging along the ground, and found that once it was dropped, at 50km/h the poor old six would be tugged down to a struggling 30km/h so he couldn’t get enough sparks off the plates. “It was funny,” Al says now. “Stupid, but funny.”