The on-again, off-again derestricted section of the Stuart Highway is off again

OVERSEAS, Australia’s endless desert highways conjure up sexy images of nubile young ladies, glistening in sweat, reclining in the passenger seats of Kombi buses driven by shirtless, six-packed young surfer boys, the harsh sun beating down on them as they hurtle down an endless, dead-straight strip of asphalt towards the ever-distant horizon.

But you and I know that the reality is that those roads are actually long, tedious and teeming with serial killers. And they’ve just got longer and tediouser. 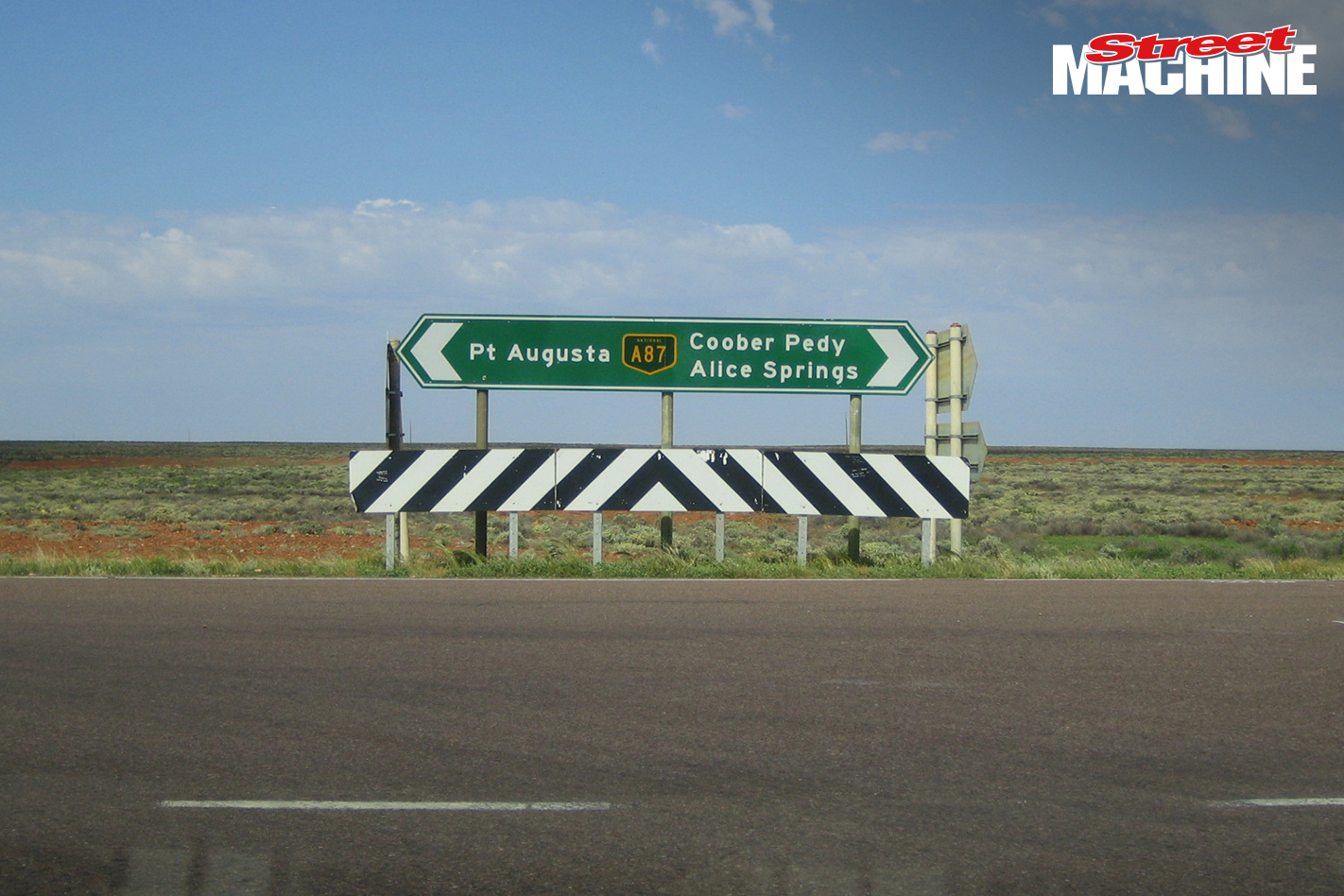 The Northern Territory is so vast yet sparsely inhabited that constitutionally it can’t even be called a state. Sure, there’s some beautiful scenery and diverse local culture, but there’s also a lot of SFA, and because of this, the NT government was progressive enough to not bother with a blanket speed limit when such a thing was introduced back in the early 1970s.

Despite what you’re thinking, speed-related deaths were few, and those that did involve speed generally included at least one other factor such as alcohol (or the aforementioned serial killers). 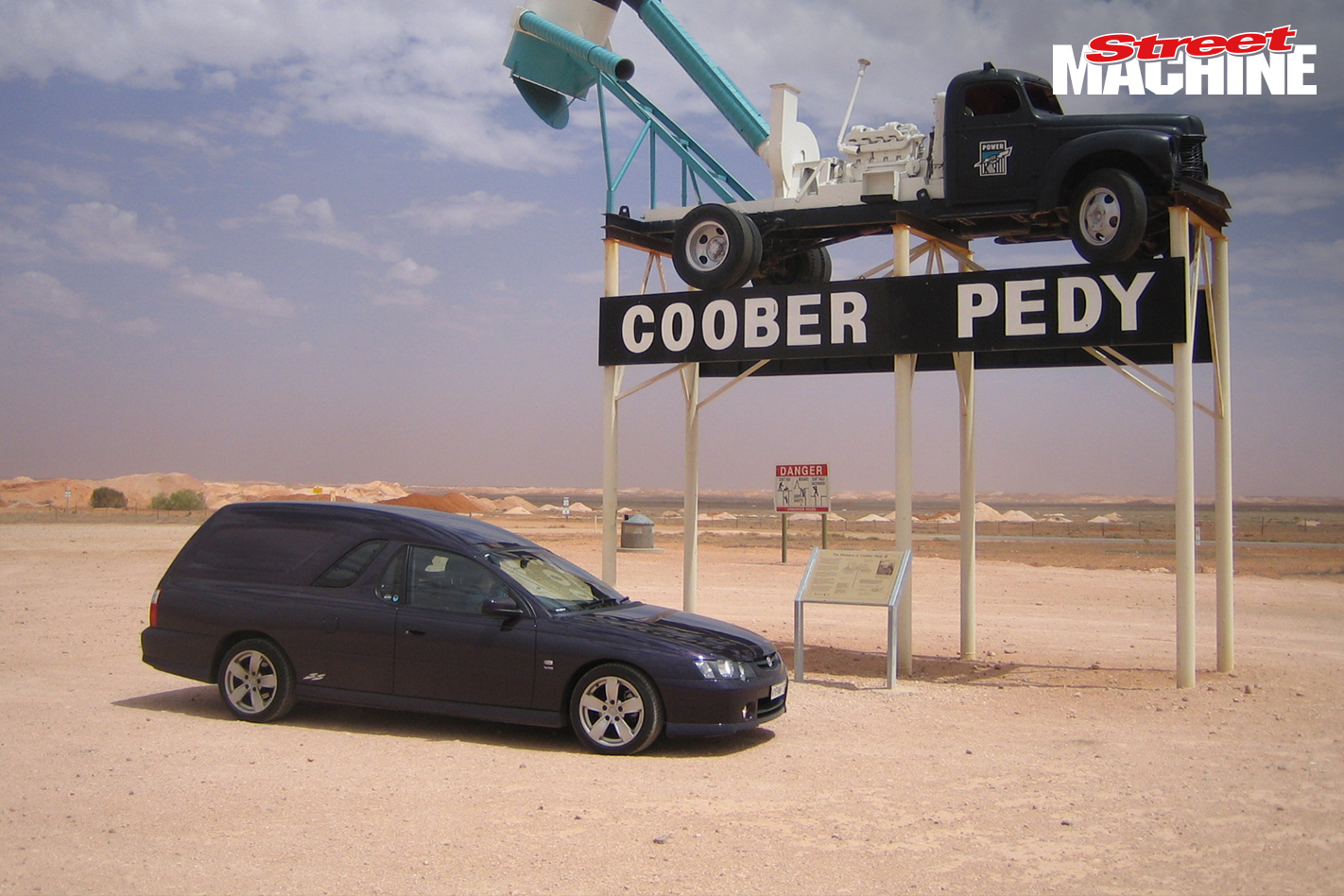 Even though, as an Adelaidean, I live a measly 1200 clicks from the NT border and the untapped delights therein, I’ve only hit the Territory a couple of times. But both times were among the best driving holidays ever.

And this wasn’t because of the wanton, reckless endangerment I engaged in; it’s because I could set a pace I was comfortable with and stick to it. My chosen highway speed was about 140km/h – fast enough to keep my attention along those straight and tedious roads, but not so fast that I passed through caravanners before seeing them.

During a holiday up north back in 2006, I was passed by precisely one guy; he was driving a brand new HSV ClubSport. I was in a 2004 Holden SS Sandman by HBD; although it was and remains no slouch, I felt that his chosen pace of about 160km/h was more akin to low flying, and conceded defeat. 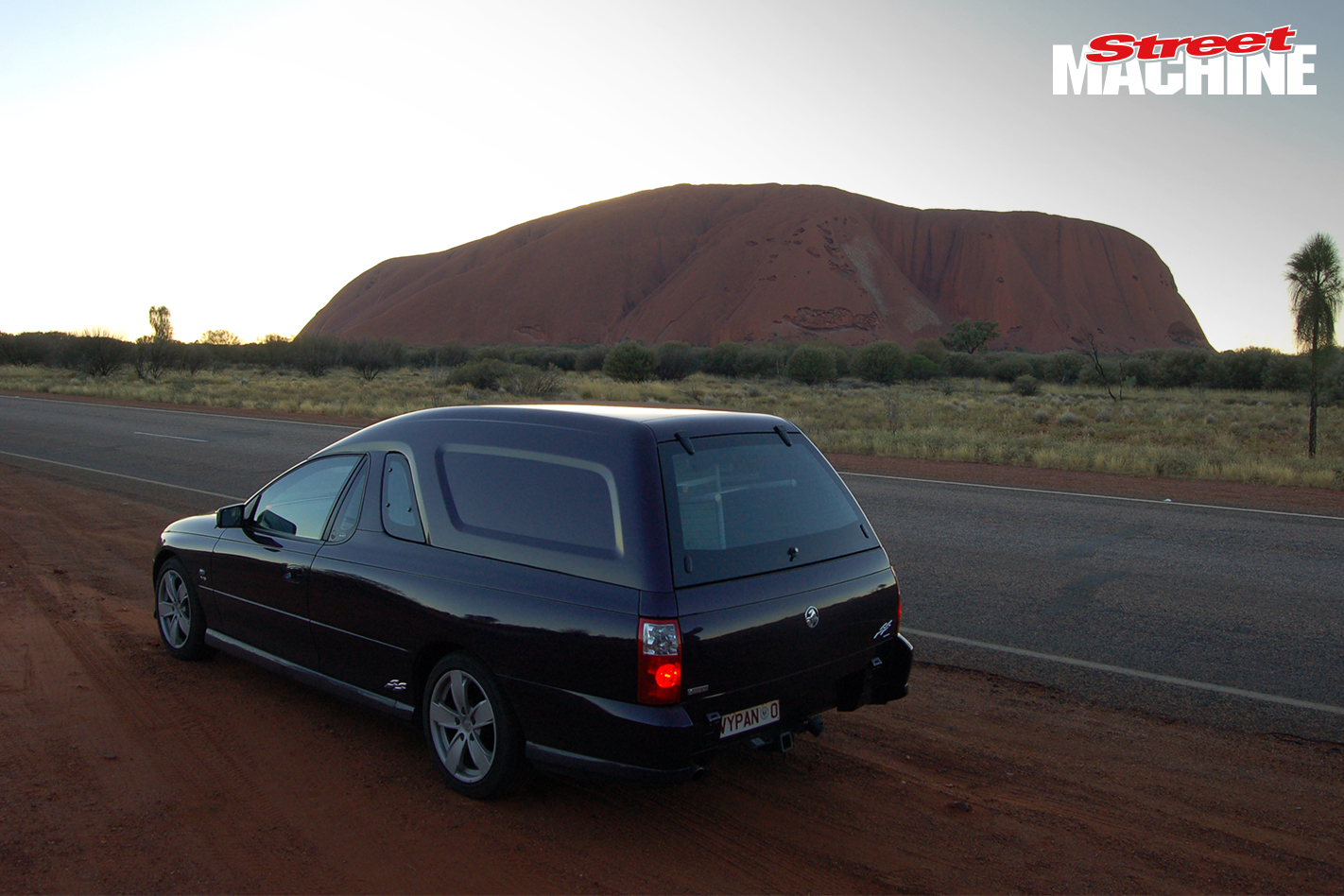 Basing myself in Alice Springs, I spent a day taking a drive out to the West MacDonnell Ranges. The road had no posted limit, and unless you own a 4WD it’s essentially a dead end at Glen Helen Gorge. As a result, the road was mine – and what a road. It didn’t cut through the land; it rose, it fell, it curved. I didn’t drive on it to make great time; I drove on it to have a great time. And bugger me swinging, I surely did both.

My speed ebbed and flowed with the topography, but it rarely fell below the imperial ton, my hand never far from the shifter, the meaty thrust of fourth gear sometimes giving way to a swift coast in fifth or sixth. My giant purple V8 Holden and I bonded forever that afternoon, and while I have no illusions that we wouldn’t have been eaten alive by a contemporary 911 or modestly endowed BMW, they weren’t there, and we were. Just me and my LS1-powered Holden. It was magic. And after a hike, a modestly sized but screamingly overpriced pie and a quick piss, we turned around and did it all over again. 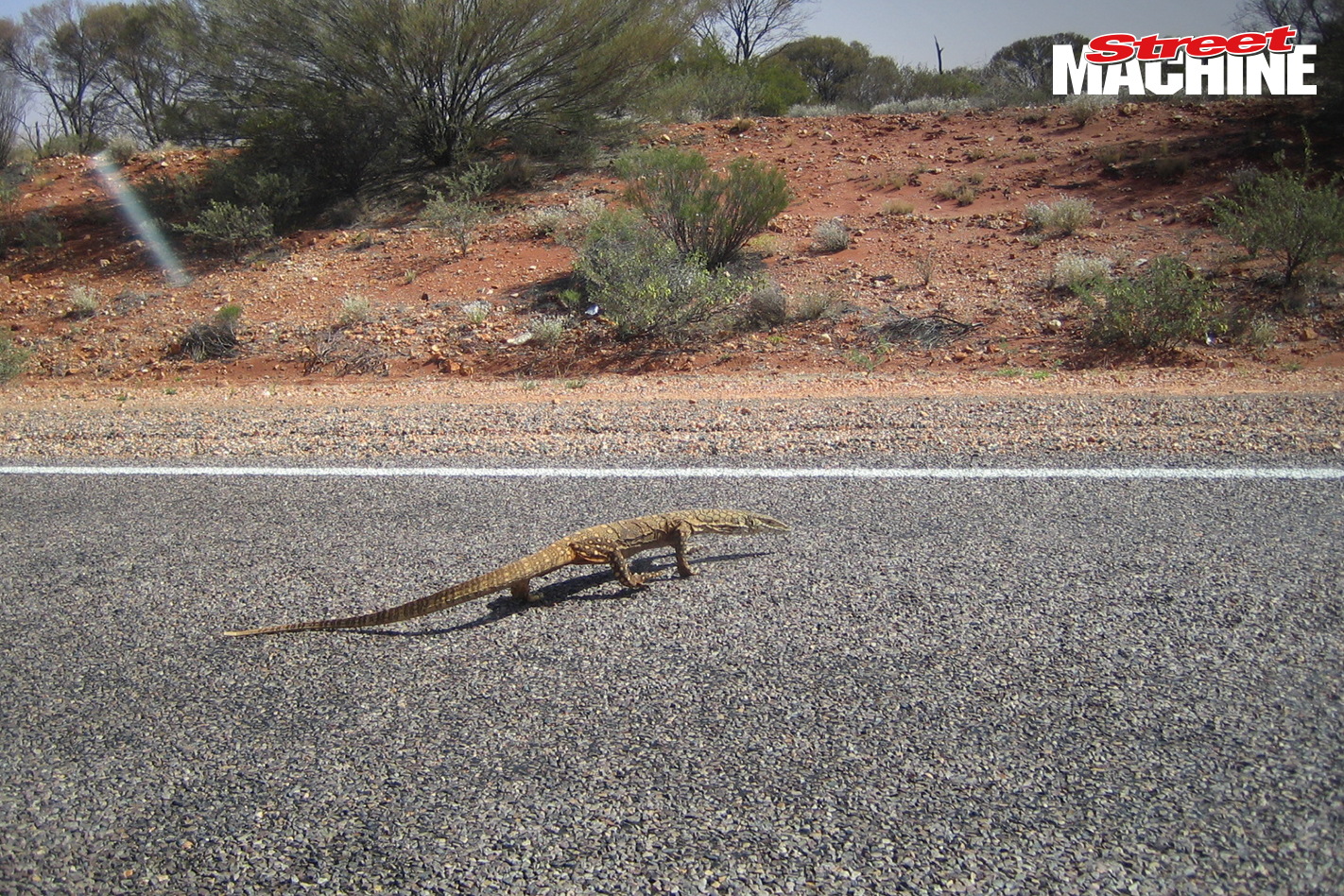 What happened to this nirvana, you may ask? Well, the NT government went and screwed it a few years back, just months after my visit, introducing a 130km/h speed limit for the four major NT highways and 110km everywhere else. The tyranny of distance increased, more time was spent on the road and more people died; NT’s road toll in 2008 was the highest since 1987. Furthermore, dear gearheads, they inadvertently shut down a cottage industry based around the constant rotation of auto manufacturers conducting hot weather, high-speed testing.

There was some reprieve back in 2012, when a change of government in the Territory removed restrictions again, albeit only for sections of the (relatively) heavily trafficked north-south Stuart Highway between Darwin and Lord Knows Where.

But it was short-lived; the latest NT election has seen a new party in place, and their mantra is ‘no fast bits’. It looks like the 130km/h limit is back in and here to stay. And with the passing, once more, of the unrestricted roads into our Aussie folklore, goes any desire for me to visit the wide, brown land up north. I can go hiking and buy overpriced pies anywhere, but only in the Northern Territory could I do that after an invigorating, strapping drive.

At least the serial killers and the bongwagon groupies will be safer at 130km/h – or at least the government thinks so. 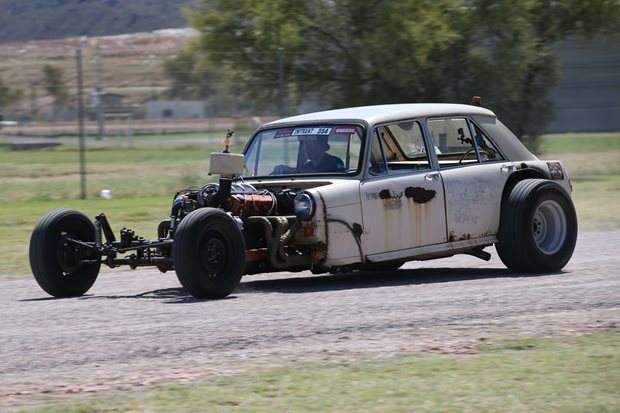