You don’t have to be ground-hugging; this Blown 1973 Ford Landau takes an old-school stance

This article about Craig and Tori Sheppard and their 1973 Ford Landau was originally published in the June 2010 issue of Street Machine.

Small-car lovers might argue but you can’t cruise in a small car. You can meet a bunch of like-minded owners for a nice drive to a beach but it’s not a cruise. It’s a convoy. 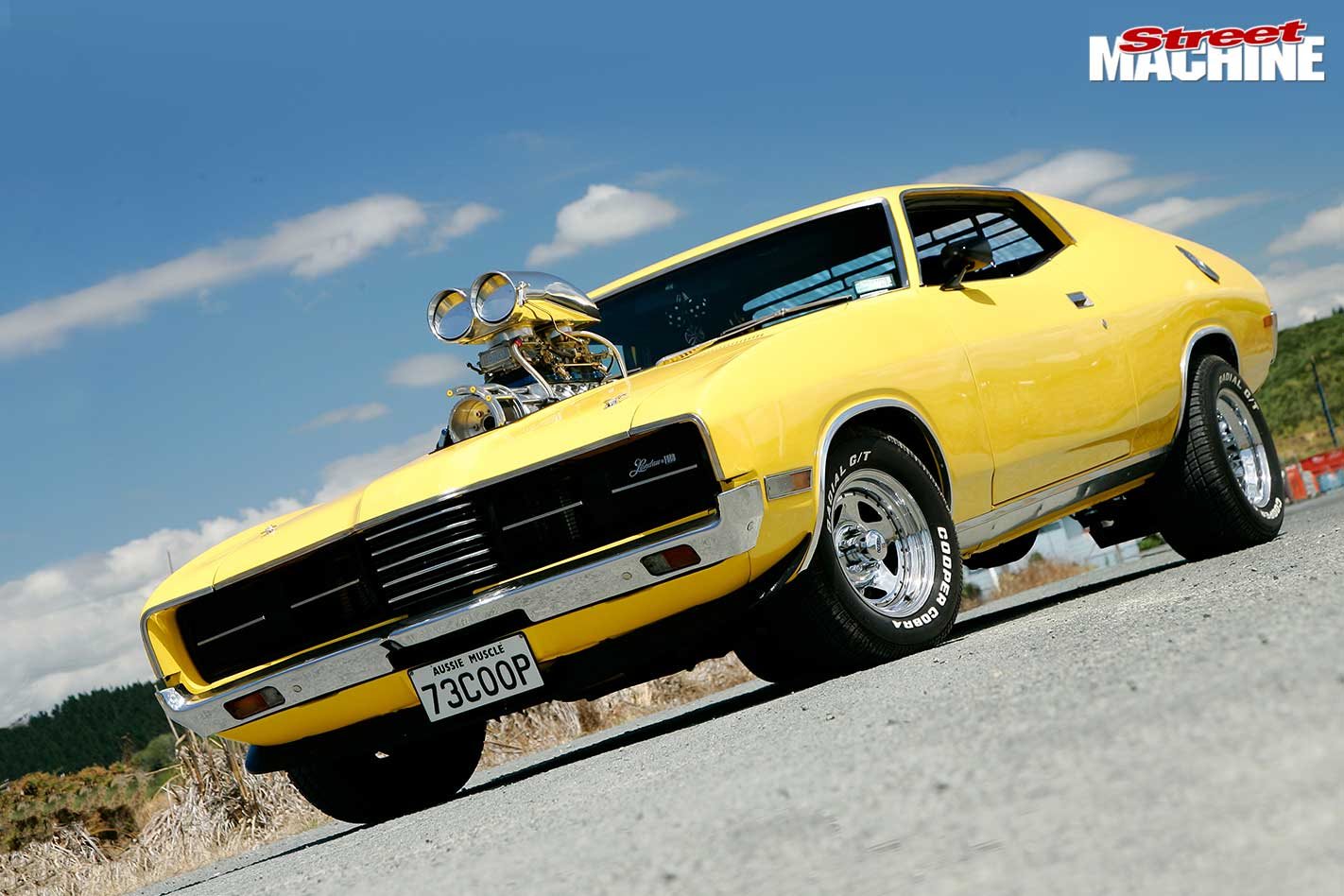 But every time Kiwi couple Craig and Tori Sheppard twist the key to their 1973 Ford Landau, they cruise. Even if they’re only going to the local shops. Because big coupes with big engines and big pumps under big scoops can do nothing but cruise.

“I’ve been playing with cars pretty much all my life,” Craig says, “and so has my wife! She’s as much involved in the scene as I am. That really helps when you gotta spend so much damn money on them, eh! 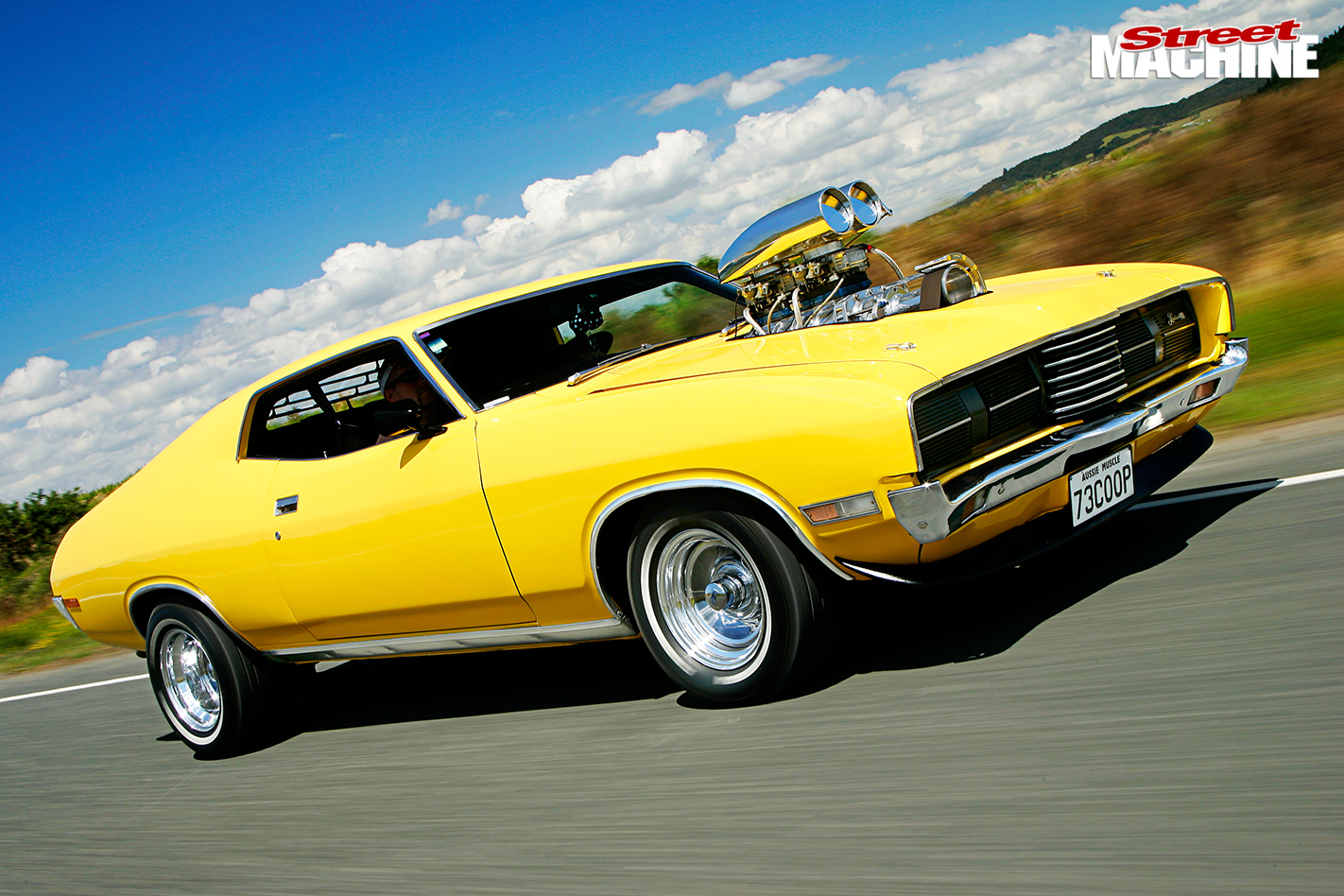 “As youngsters we both used to admire the fellas with the nice cars and it grew from there. As you get older, you get more financially secure and we decided one day that buying a coupe was the way to go.”

So the hunt was on for an XA-XC hardtop. Falcon sedans were assembled in New Zealand but the hardtops were Aussie imports. And not many survive.

“We couldn’t find a coupe,” Craig says. “But we found a Landau sitting behind a servo in Auckland. The Landau isn’t very popular — it’s looked upon as the old man’s car with its cigar lighters and ugly hubcaps. We thought we’d make it into an XA-looking coupe by changing all the sheet metal. But we couldn’t find any panels so we left it as it was.”

As Craig tells it, she was in pretty poor shape. 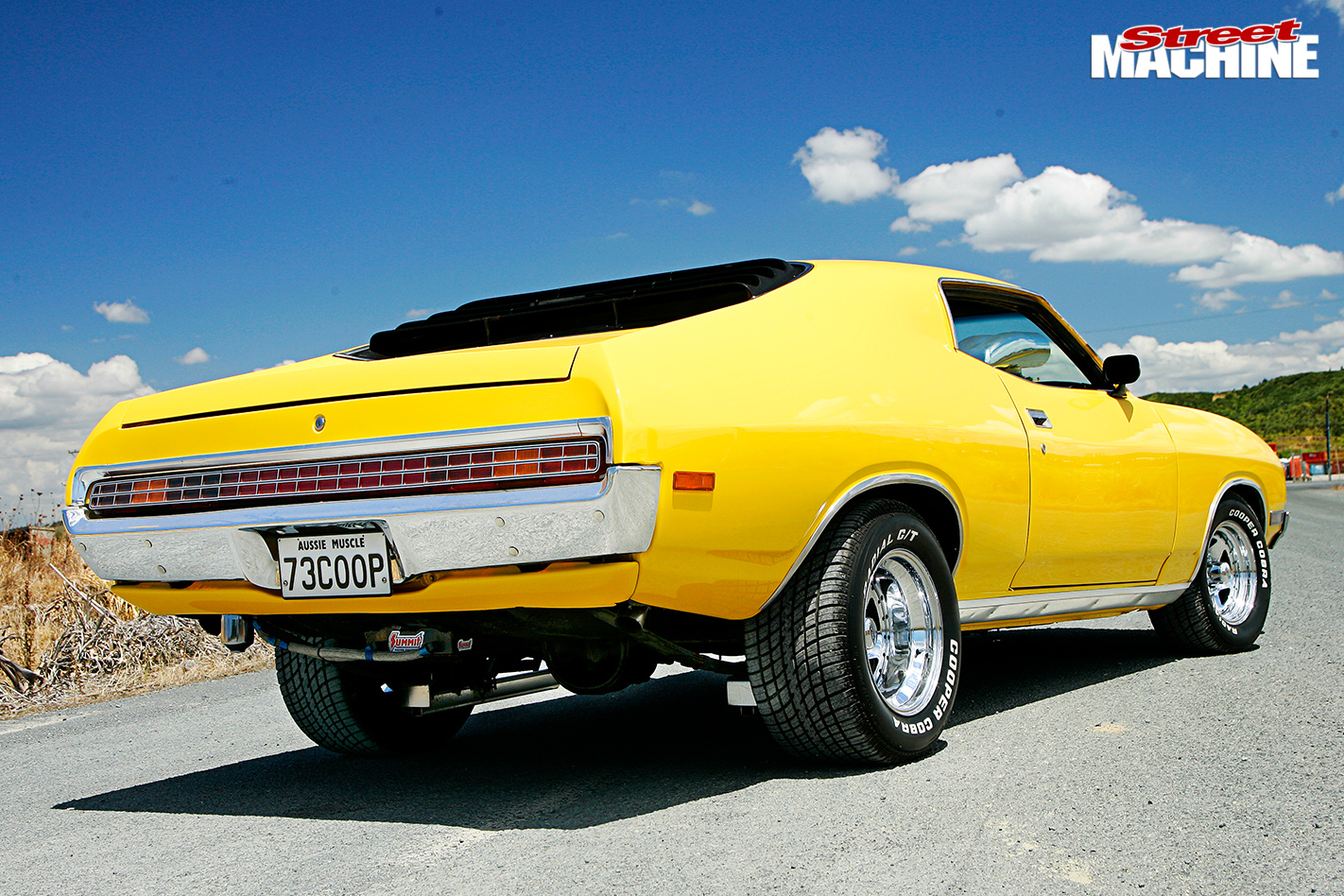 “It wouldn’t even do a wheelie in the wet,” he recalls of the drive home, five years ago. With a 351ci Clevo and a nine-inch, that’s not happy. And the looks were worse: “It was bright orange with dragon flames all over it. Honestly, it was ugly! Tori almost hated it.”

Even so, they knew exactly the look they wanted.

“Everyone was chasing the dropped-to-the-ground look with big wheels but we wanted old-school. We wanted to fix it, paint it and use it, you know? But we got a call from the painter and he said he couldn’t do it properly because there was too much paint on it.”

So Craig stripped the body, using a two-inch scraper. Luckily, under the custard the body wasn’t too bad. 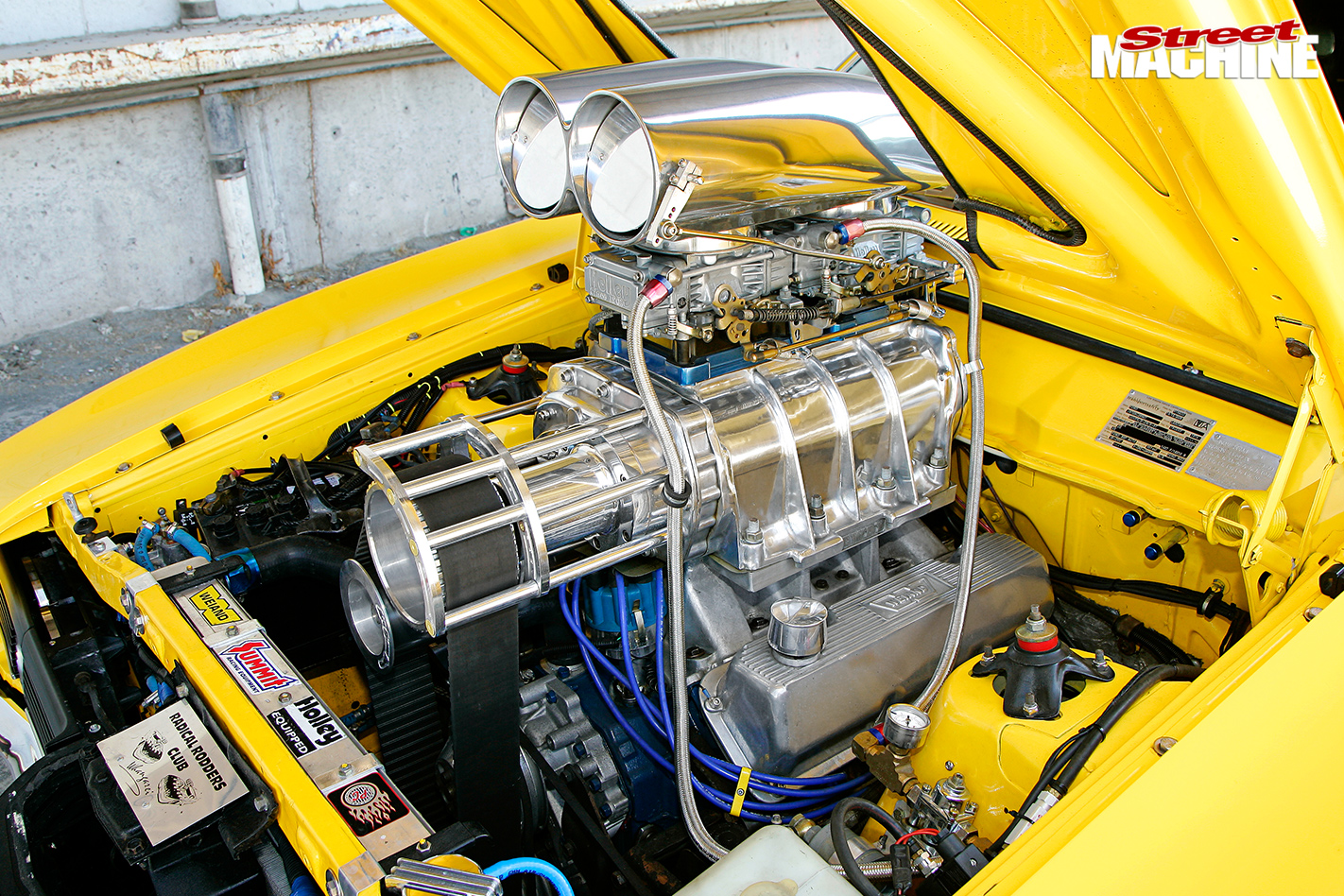 “It wasn’t rusty but it had been repaired. One of the previous owners stripped the car to race it; he’d done a lot of panel work but for some reason decided to put it back on the street. But it had lost all the Landau mod cons; it had an ordinary Falcon interior.”

It took Craig and Tori two years to get the car back on the road. But after a somewhat unhappy beginning to the paint and panel story, Craig has a happy tale to tell of the application of the punchy yellow paint.

“This doesn’t usually happen — many people have fights and fall-outs — but Warren Davies has become a best mate. He and his crew did a top job on it.” 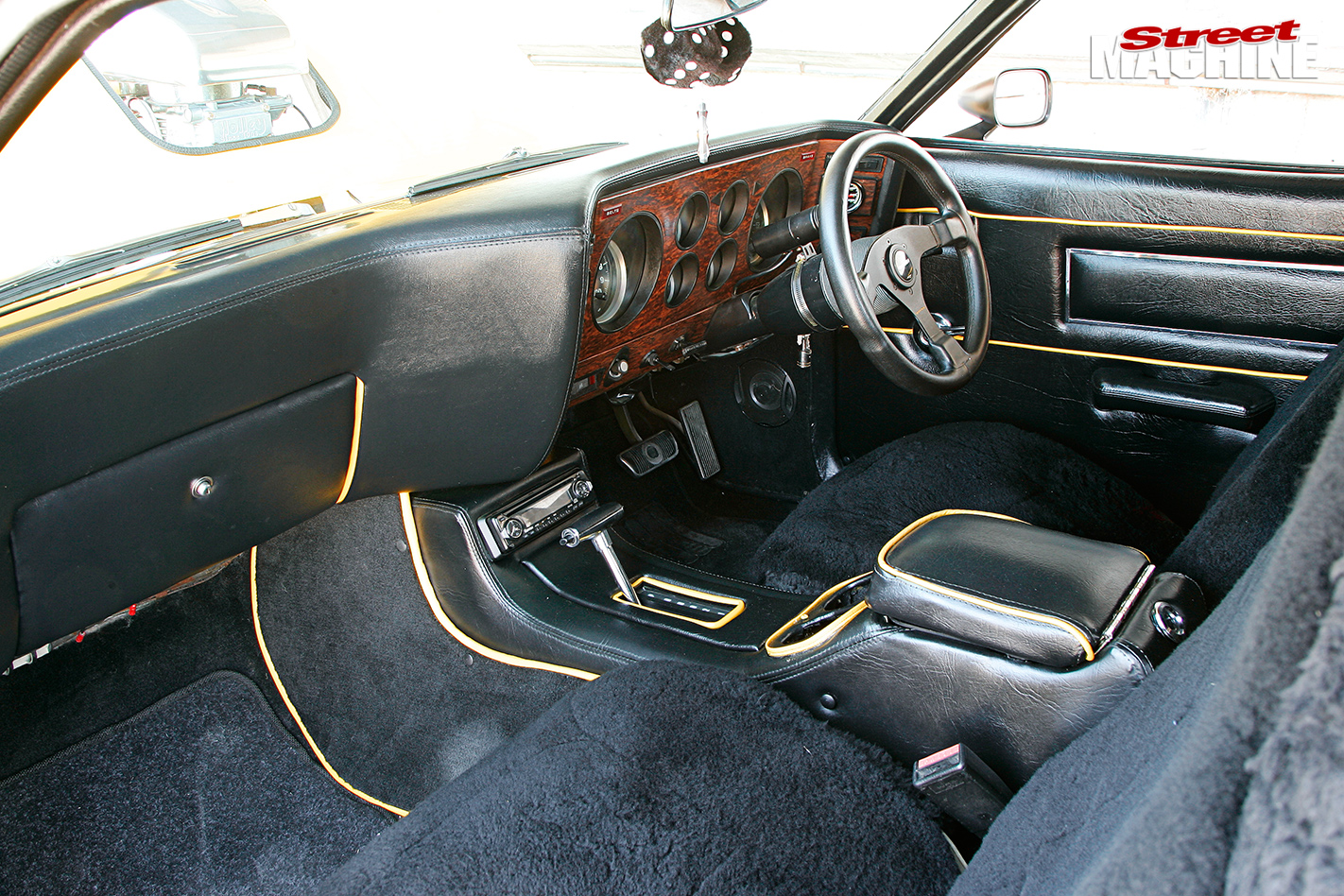 And there’s no vinyl roof any more — sometime in the past, the plastic had been stripped and the rough factory side-window shrouds were smoothed.

“This is my first venture into a ‘real’ motor,” he laughs. “But it seems to have worked well. I got the machining done by an engine shop and I assembled all the internals. Then we decided to supercharge it. I didn’t know anything so I read a lot of books and that worked as well. It could have all turned to crap!”

The blower is a venerable GM 6/71 Craig rebuilt. Above are a pair of Holleys and a Shotgun Bill scoop, while under it is the 351 Clevo he rebuilt to modest specs — this ain’t a catalogue special. 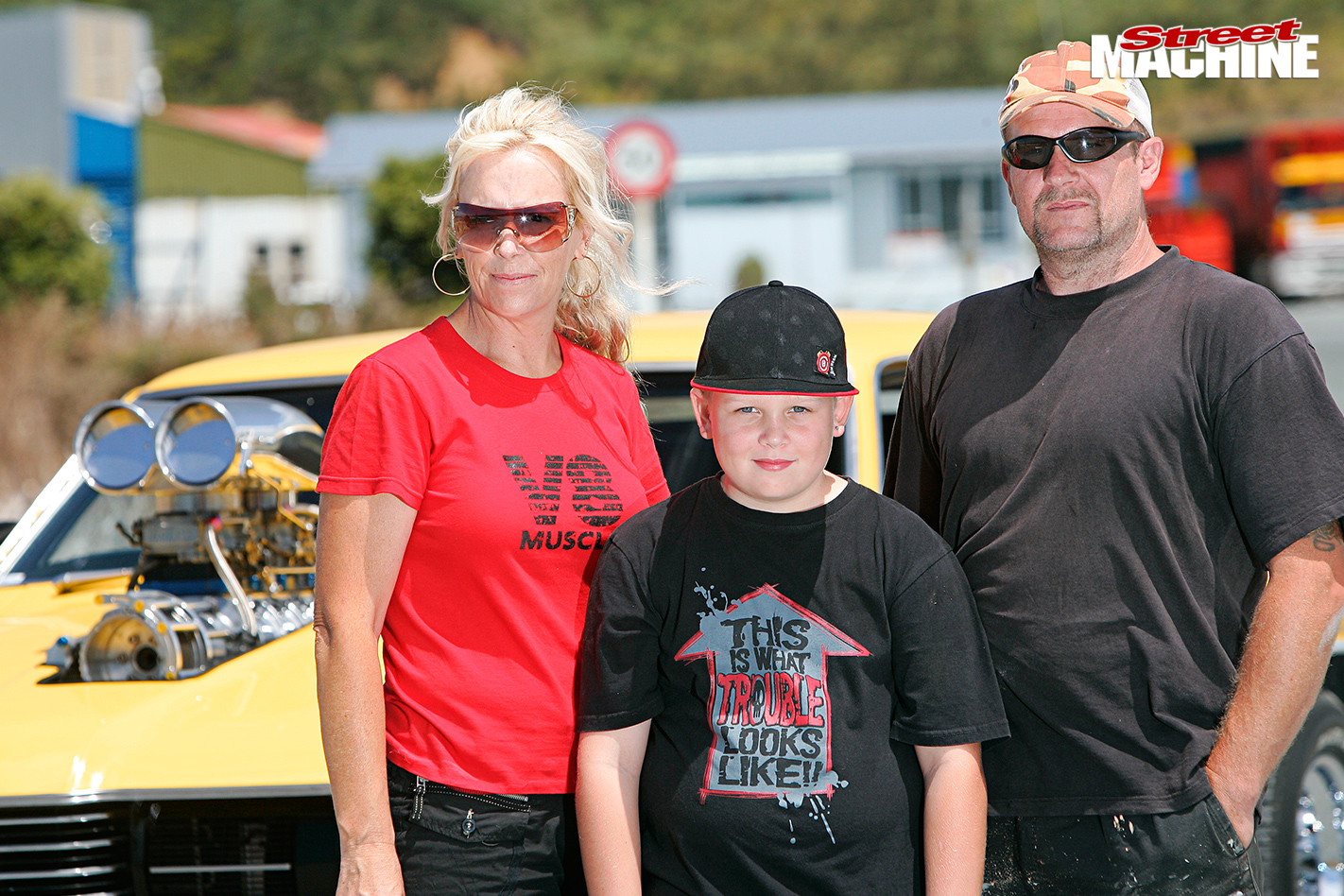 “I’m not sure what brand pistons are in it, but they were new cast ones. I’m not into name-brand bits but I wanted good stuff. For instance, I had Japper lifters in it at first but then I discovered they weren’t any good so I installed better US stuff. The heads have bigger exhaust valves in them but it’s not exotic. I like the KISS theory — keep it simple!”

The cam is a Crower Beast and the exhaust is a set of HPC-coated Pacemakers flowing through off-the-shelf mufflers. Ignition came from Pro Comp.

With just 6lb in the intake manifold, the power isn’t crazy but there’s enough grunt going through the C4 three-slot auto for effortless cruising to events such as Kumeu (two hours away) and Beach Hop (five). 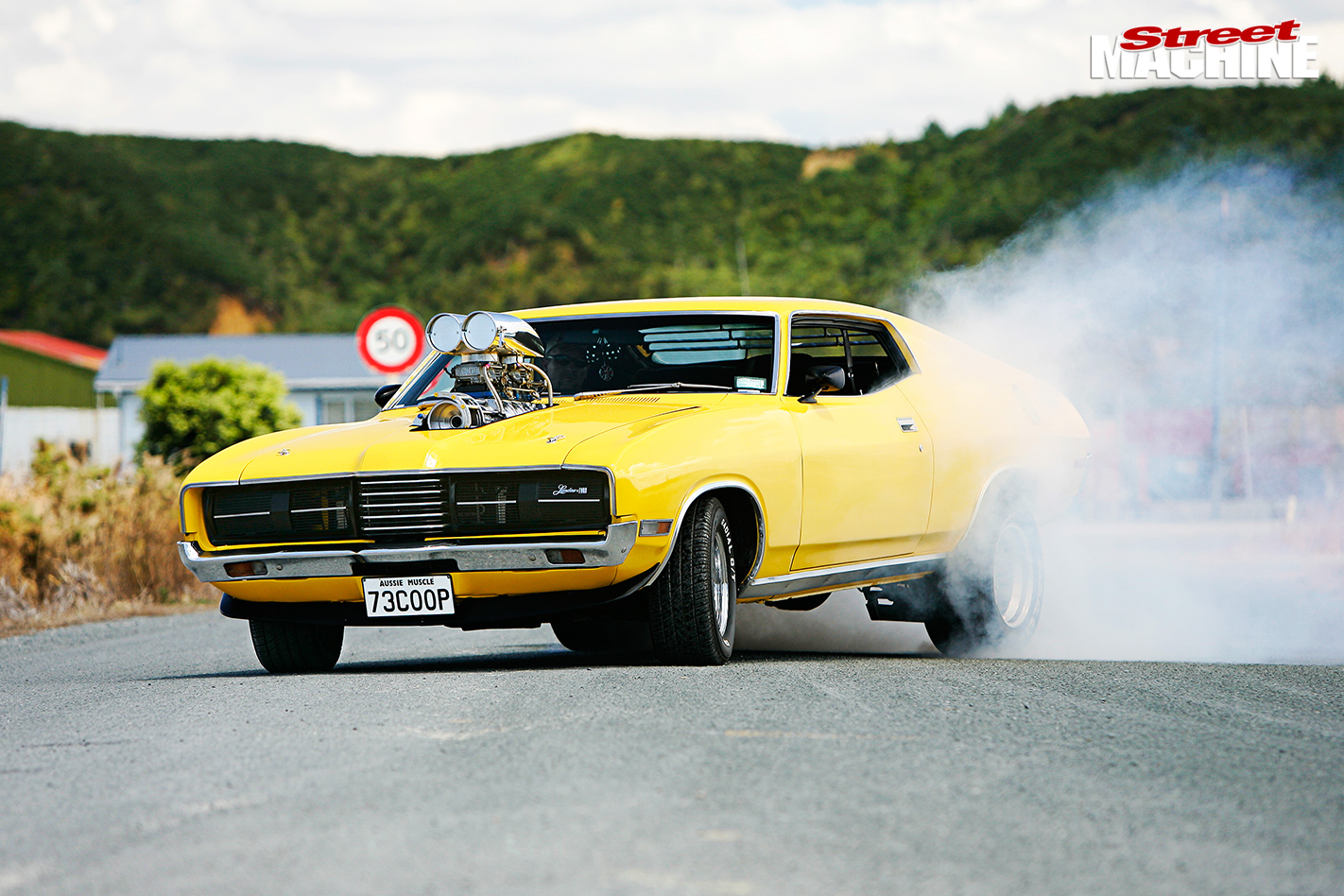 “Once we had the car ironed out, it never gave any problems,” Craig says. “Cold start, hot start, it’s fine. And with the torque from the blower, it’ll light ’em up! But you can drive it for hours and still get out feeling great. It’s got 2.7 gears in it, so it’s geared for cruising, but it’ll do 140mph, good as gold!

“And I’ve gotta say, not many people can overtake me if I don’t want them to!” 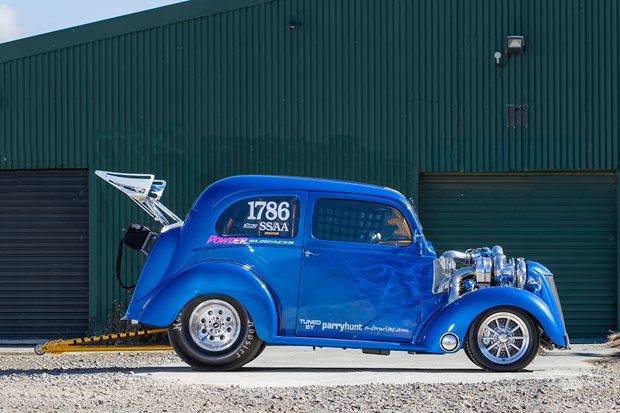 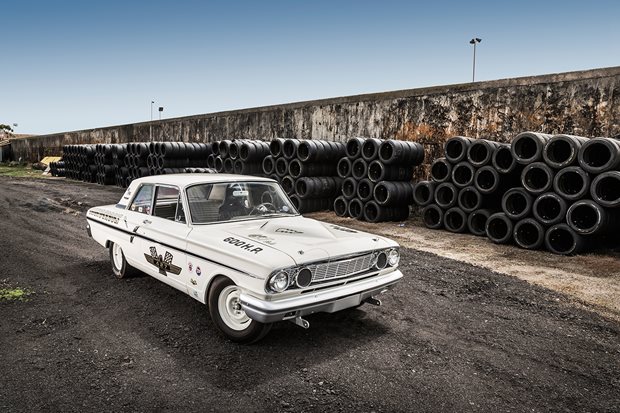 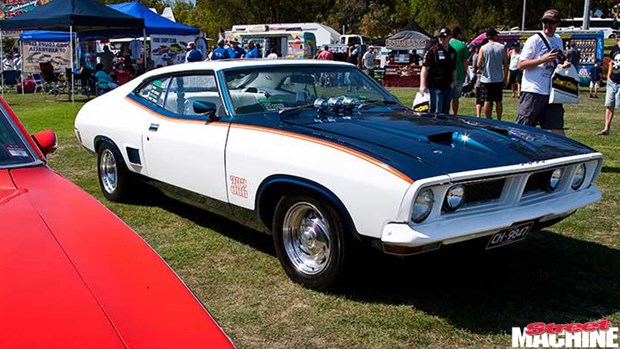 FORD Australia was founded in Geelong, so it makes sense that the town is also home to one of the best all-Ford days in the country.