BROCK Mahoney wasn’t even born when his father Kevin rolled this XC GS coupe out of the new car lot of the local Ford dealership in 1977. It’s been in the Mahoney family ever since. It served as their daily driver, towed the caravan and boat on family holidays and was a huge part of Brock’s formative years. 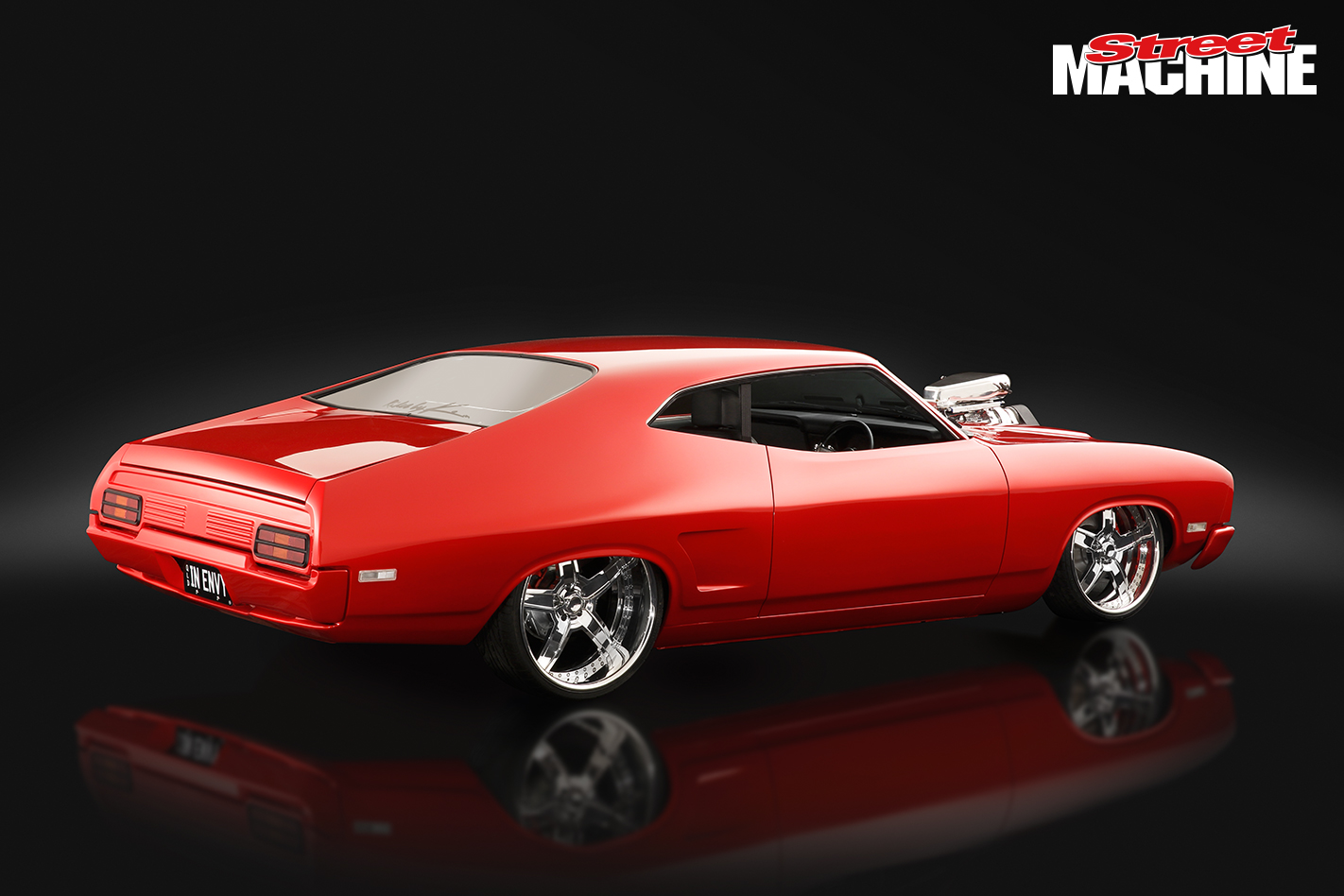 “I grew up in this car and have always loved it,” says Brock. “When I was still at school, I threatened to leave school so that I could get a job and buy it when dad mentioned selling it.” When Brock formally took full ownership in 2000 after forking over the princely sum of $20 to his dad, the GS had begun to lose some its lustre. Although Kevin had looked after it quite well, the paint was fading and there was the typical Falcon coupe rust starting to show, which would require quite an amount of repair work. None of that mattered to Brock.

“I always knew I would restore the car,” says Brock. “I love the looks you get when you cruise past in an old-school street machine. Besides, I’d been hooked on custom cars since I saw Howard Astill’s Die Hard coupe. However I’m also a big believer in not starting something until I know I can finish it.” 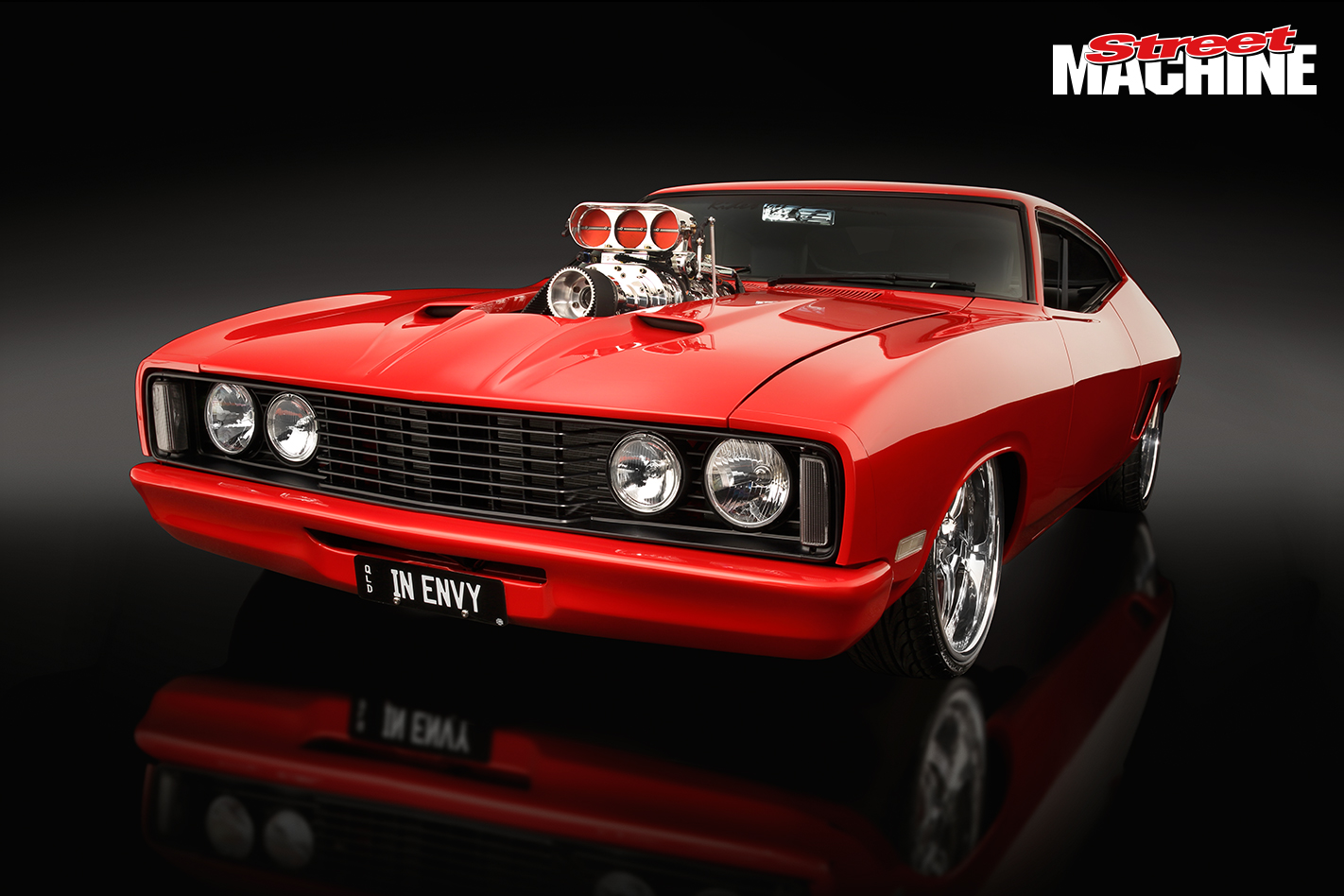 With that in mind, Brock essentially shelved IN ENVY for 10 years, awaiting the accumulation of sufficient funds and ideas. For the latter, Brock trolled through hundreds of magazine features on Fords, picking out all the design elements he liked. To better gather his thoughts, he even created a PowerPoint presentation. All he needed was one, final, little push…

“My familybought me Eric Bana’s Love The Beast [on DVD],” says Brock. “I put off watching it for ages, as I knew what would happen.” Sure enough, by the time the credits started rolling up the screen, Brock was all fired up and ready to get the rebuild underway. 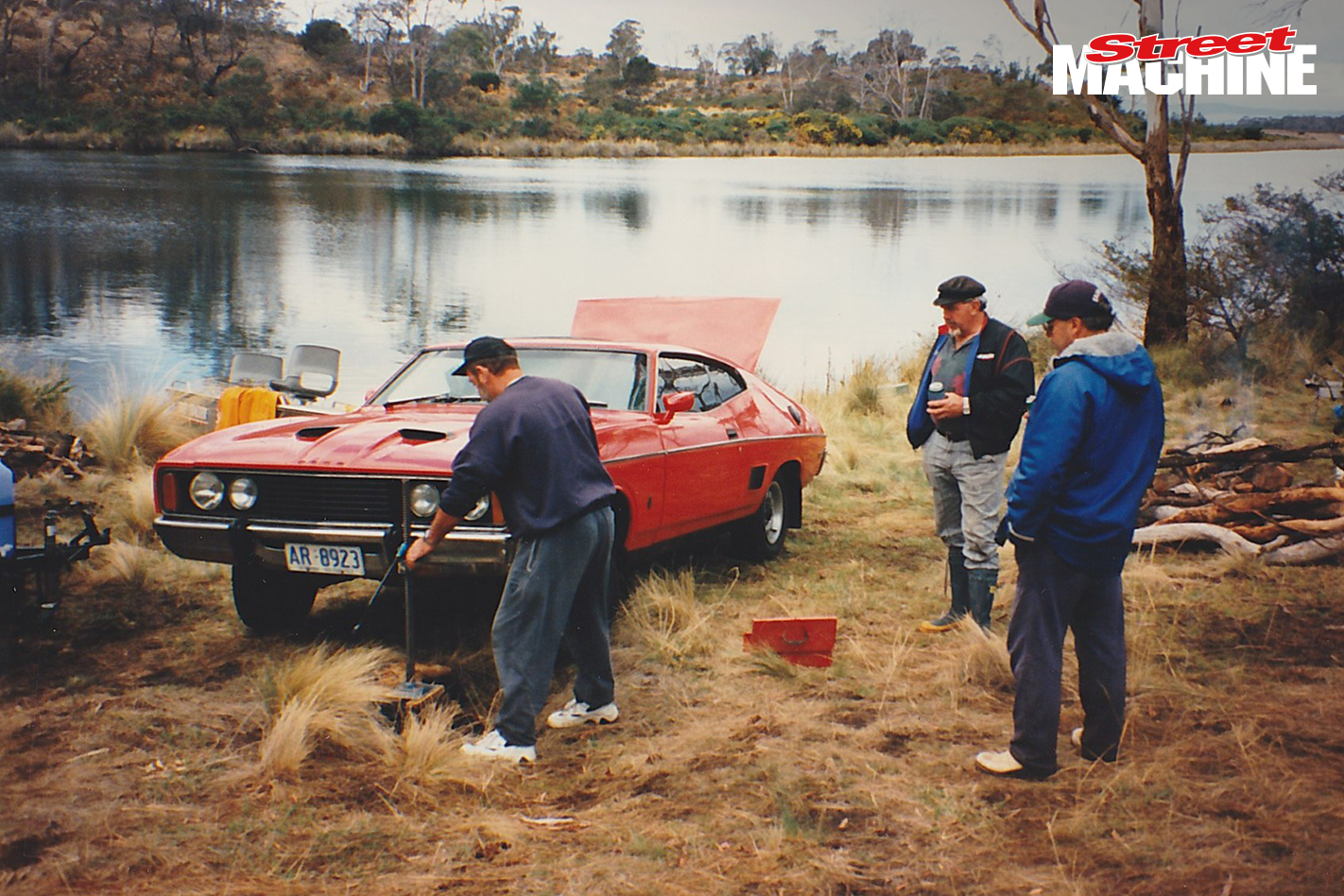 As an IT project manager for Accenture, Brock was capable of the little stuff, but he knew that for a full rebuild he needed to seek out somebody with the right skill set. Rob Zahabi’s ‘Kamaro’ (SM, Sep ’10) was just the look Brock was after. Once he’d spied the yellow ’69 Camaro in the flesh, Brock was soon dragging his red Aussie coupe into Rides By Kam. 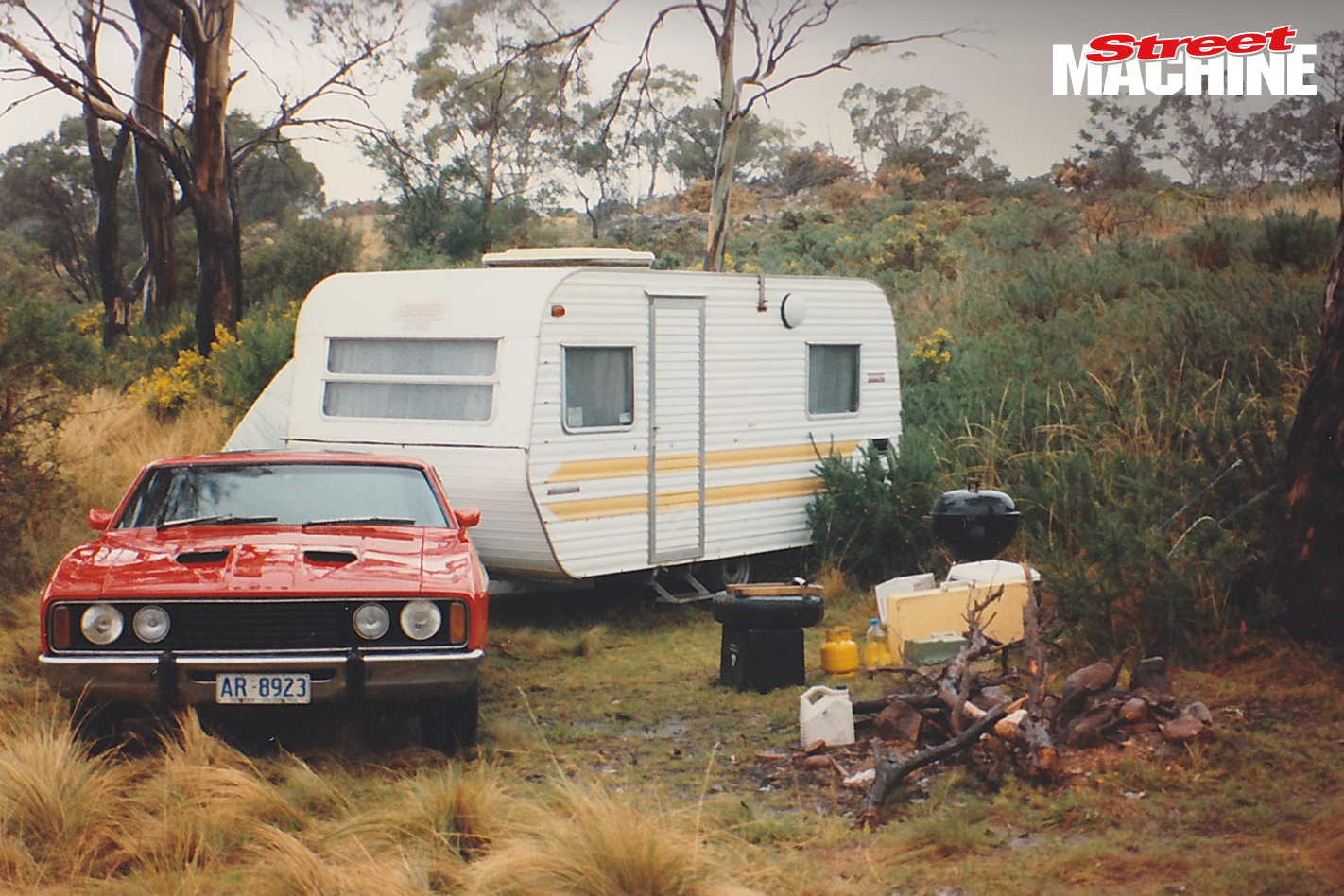 Before an angle grinder was fired up, Brock and Rob sat down and nutted out the core concept. Both agreed the coupe had great lines and there was no need to mess with what was there. In Brock’s words: “We just wanted to modernise it.” This included shaving the door handles, key locks, fuel filler and drip rails. The original die-cast bonnet nostrils were recreated in steel and moulded in. The blower cut-out has also been finished off quite neatly and the underside of the bonnet filled and smoothed. A new roof skin was sourced and stitched into place, as it was easier than trying to fill in the huge hole left by the discarded aftermarket sunroof.

Across the rear beaver panel, the boot lock and the channel at the extremities of the tail-lights are gone. Both the front and rear bars have been cut and tucked into the body for a cleaner look. And last but not least, those custom side scoops were added. Rodz Kustomz was responsible for much of the fabrication work and rust repairs, with Kam looking after the final body prep. Once fettled into shape, PE Customs laid on the gorgeous paint. 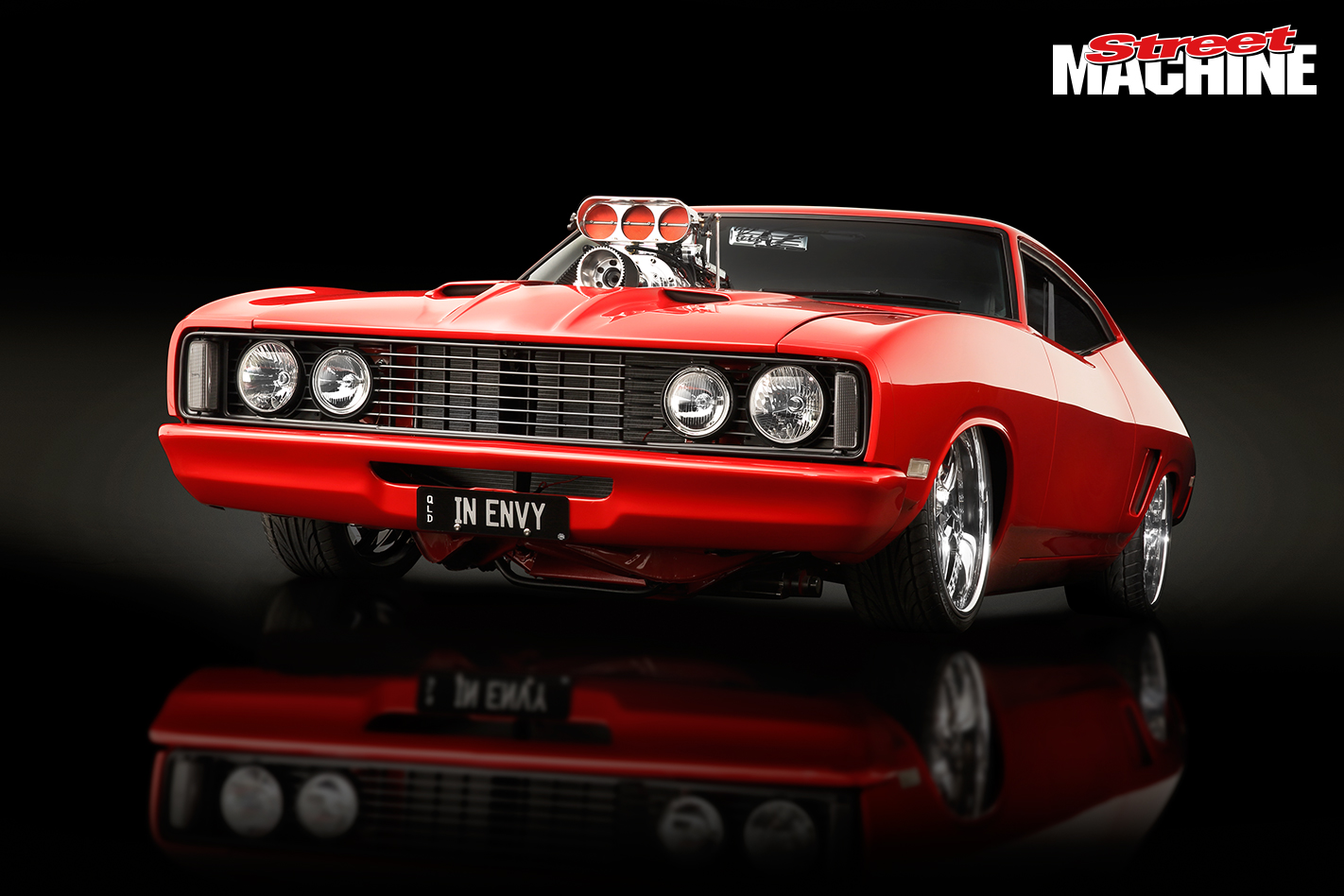 And the colour? “Dad was all for the build,” says Brock, “[but] his only stipulation was that it remain red.” And while it might look straight red in these photos, IN ENVY is anything but. The colour was custom-mixed for this car. It’s a HOK Shimrin 2 red base combined with HOK Striking Gold pearl. When it catches the light it really pops and looks absolutely stunning driving down the street. 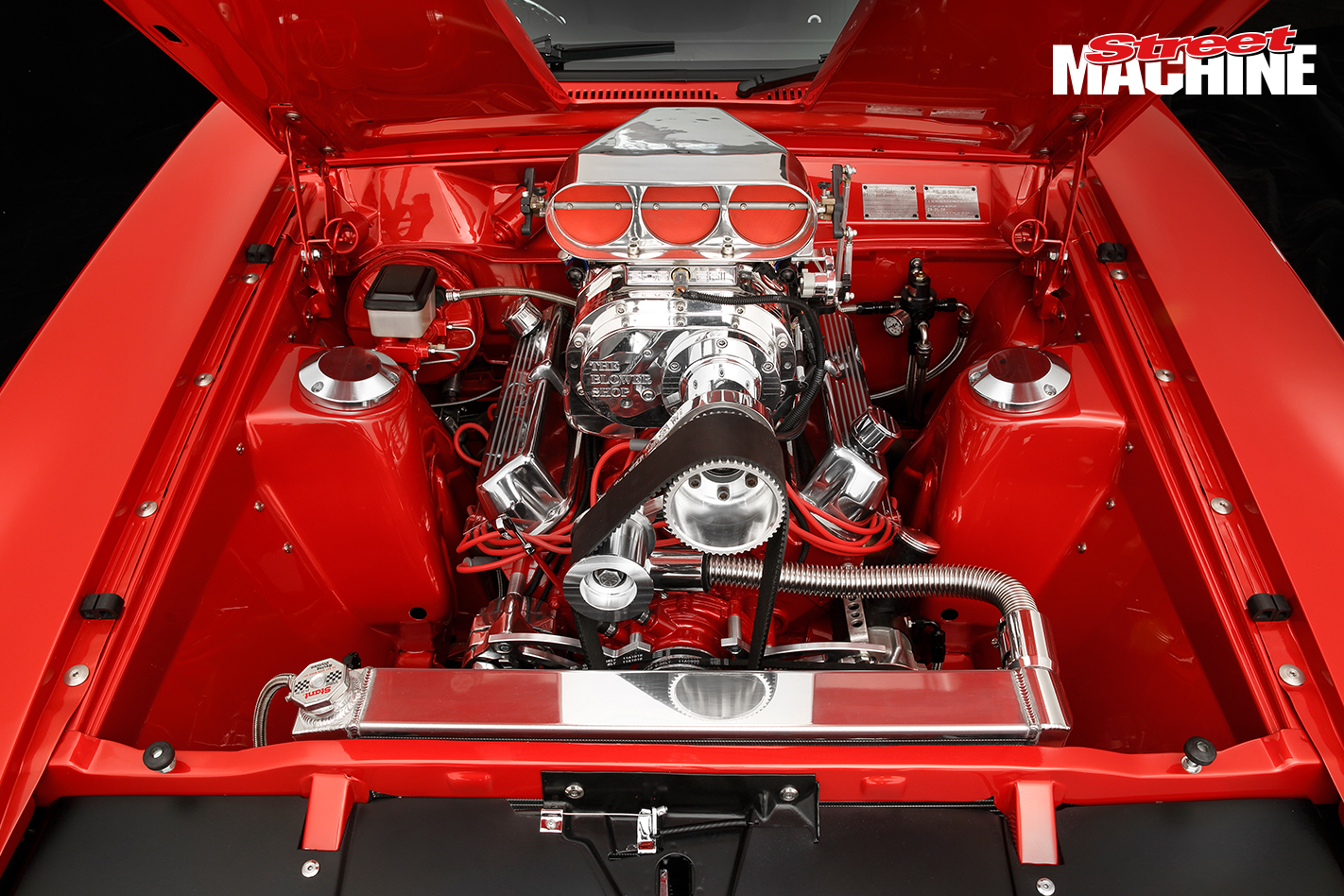 Looking back at his original PowerPoint presentation, Brock estimates IN ENVY is about 80 per cent true to the original proposal. By far the biggest departure is the interior. “Initially I wanted a white interior,” says Brock. “Rob talked me out of it. I pretty much let him run wild in there.” Rob opted for a colour just a few shades darker than white – black. It’s black leather everywhere, including on the flat floors, parcel tray, hood lining and dash. As for that dash, while it retains some of the original XC profile, it’s mostly custom and is equipped with an array of Dakota Digital gauges. The cool thing about the gauges is they display all the settings for the airbags. 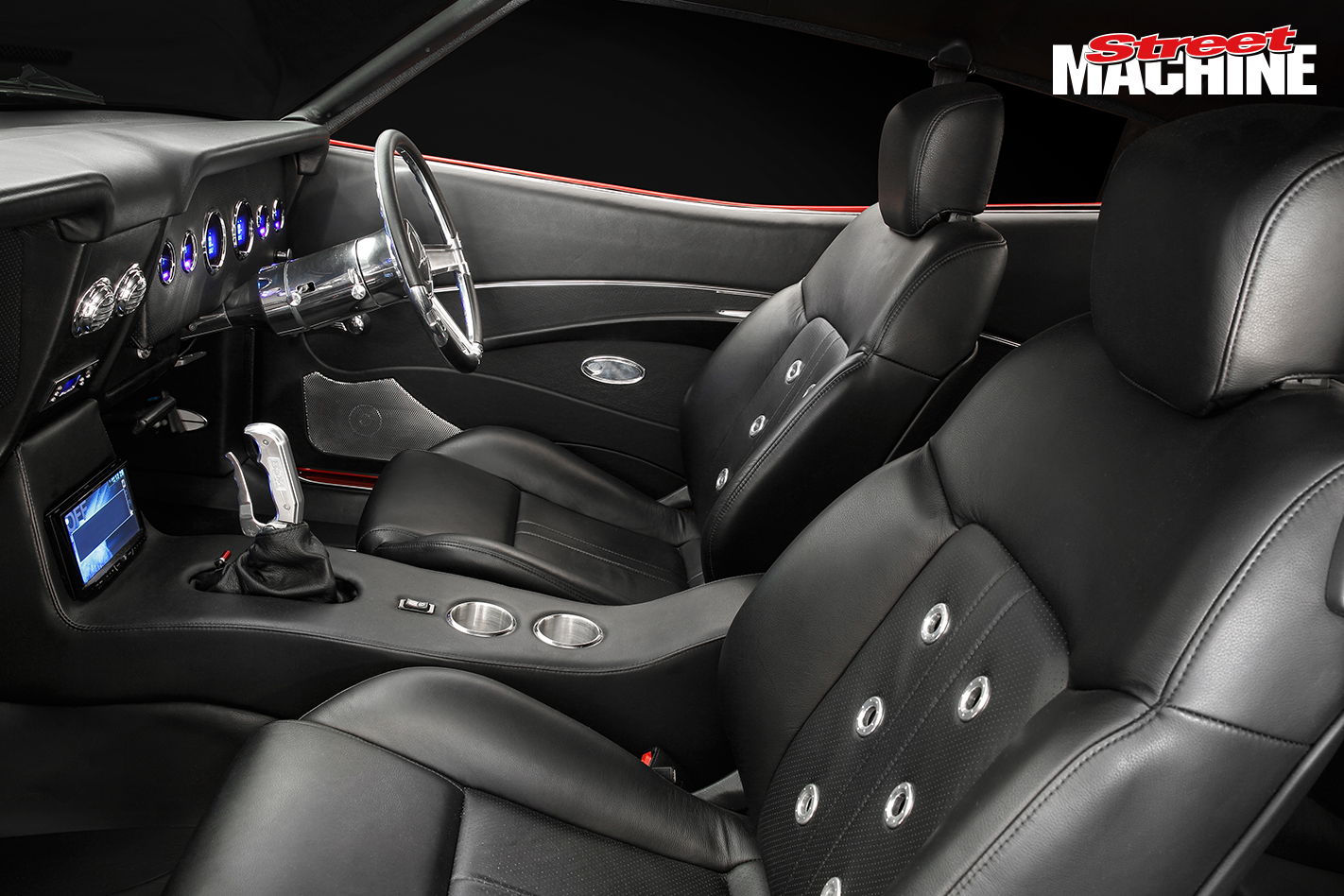 One of the elements they stayed 100 per cent true to was the blower. “I definitely wanted a blower,” says Brock. “I don’t know that the cops will like the blower too much, but it’s built to be used so we’ll just have to see how it goes.”

The total build time was a relatively short two years and two months. A lot of that had to do with planning it all out and sticking to that plan. Nonetheless, when the lycra-clad lovelies finally slid back the black silk cloth at MotorEx Melbourne, it was a huge relief for Brock, and the great feedback the car received at the show only sweetened the deal. Heck, even Mr Bana himself came over for a photo op and to congratulate Brock on his great-looking ride. 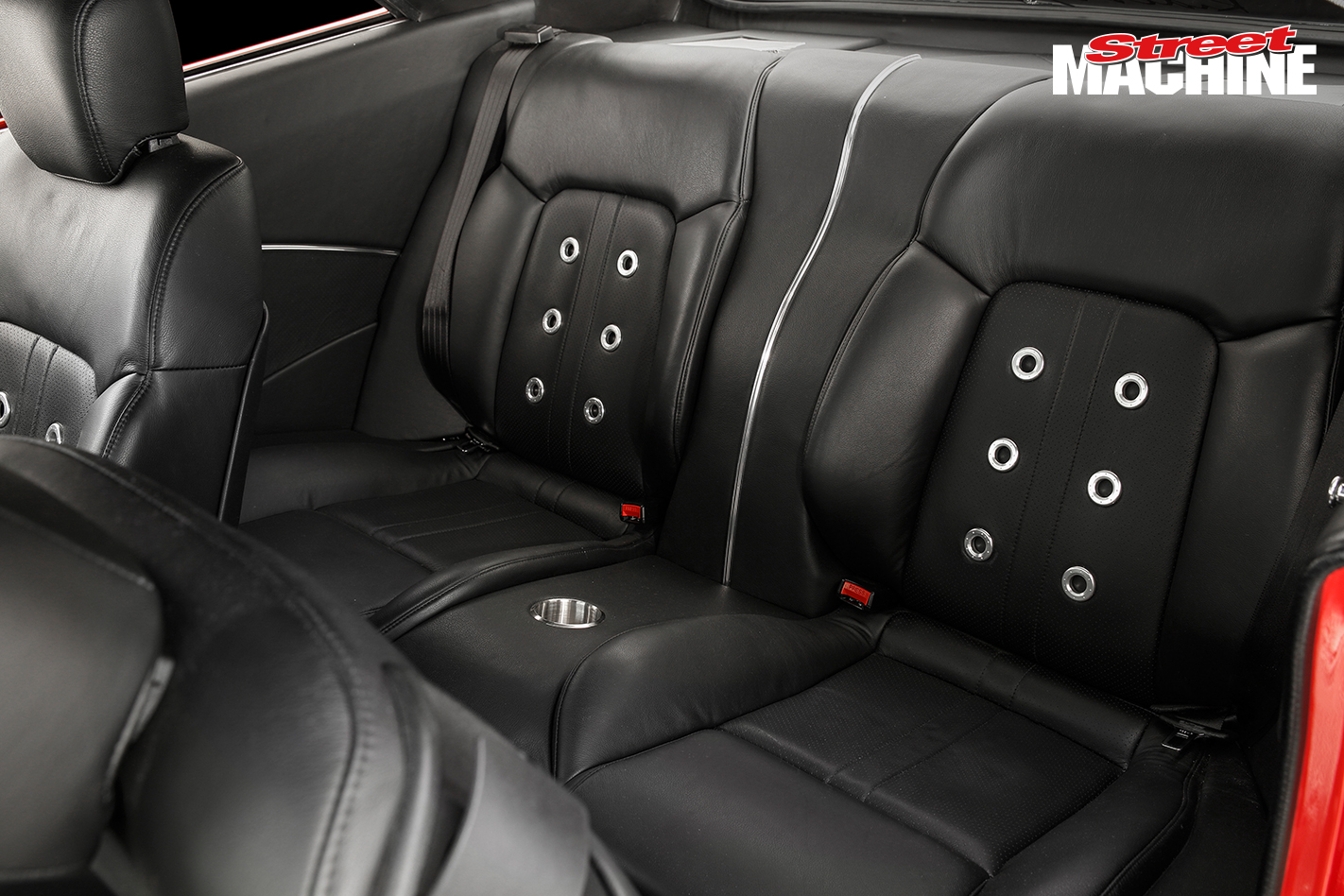 After all that, you’d think Brock would be ready to kick back for a while. No siree. “I’ve been trying to track down the 1978 XC GS ute that I owned when I was 17,” he says. “If I can get my hands on that again, it will be my next project.” That said, Brock admits it will be hard to get another project underway until his very supportive partner, Claire, has her own ’67 Mustang fastback parked in the garage. Wow, what a great problem to have – we’re all red with envy.