There wouldn’t be a Gen-X kid in Australia who didn’t mouth those words when handed a real or make-believe CB mic. Convoy is from a time when big-scale movies were about real-time stunts and action, and stunt star cars and trucks become as much the heroes as the actors. In an unusual twist, Convoy is a movie that came after a theme song – CW McCall’s similarly titled 1975 hit that features throughout. 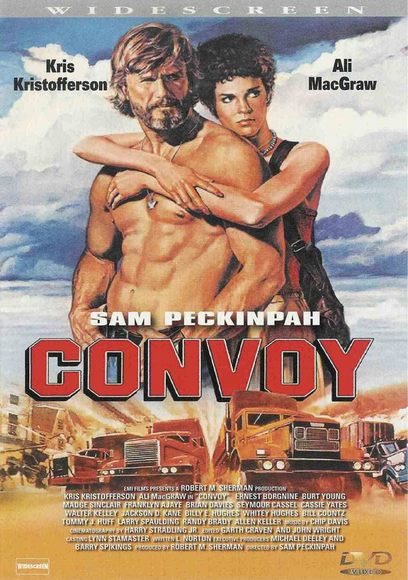 Rubber Duck (Kristofferson) hooks up with old friends and fellow truckers Pig Pen (Young) and Spider Mike (Ajaye) before being lured by crooked Arizona cop, Sheriff Lyle (Borgnine), into a bogus speed trap – “Screwin’ it down a bit weren’t you, boys?” he asks.

A bar fight soon after involving Lyle and the local police sees a bunch of truckers keen to make it to the state line and avoid apprehension. Roadblocks and police chases mixed with goofy cops, endless CB jive, air brakes and air horns is classic 70s fare. 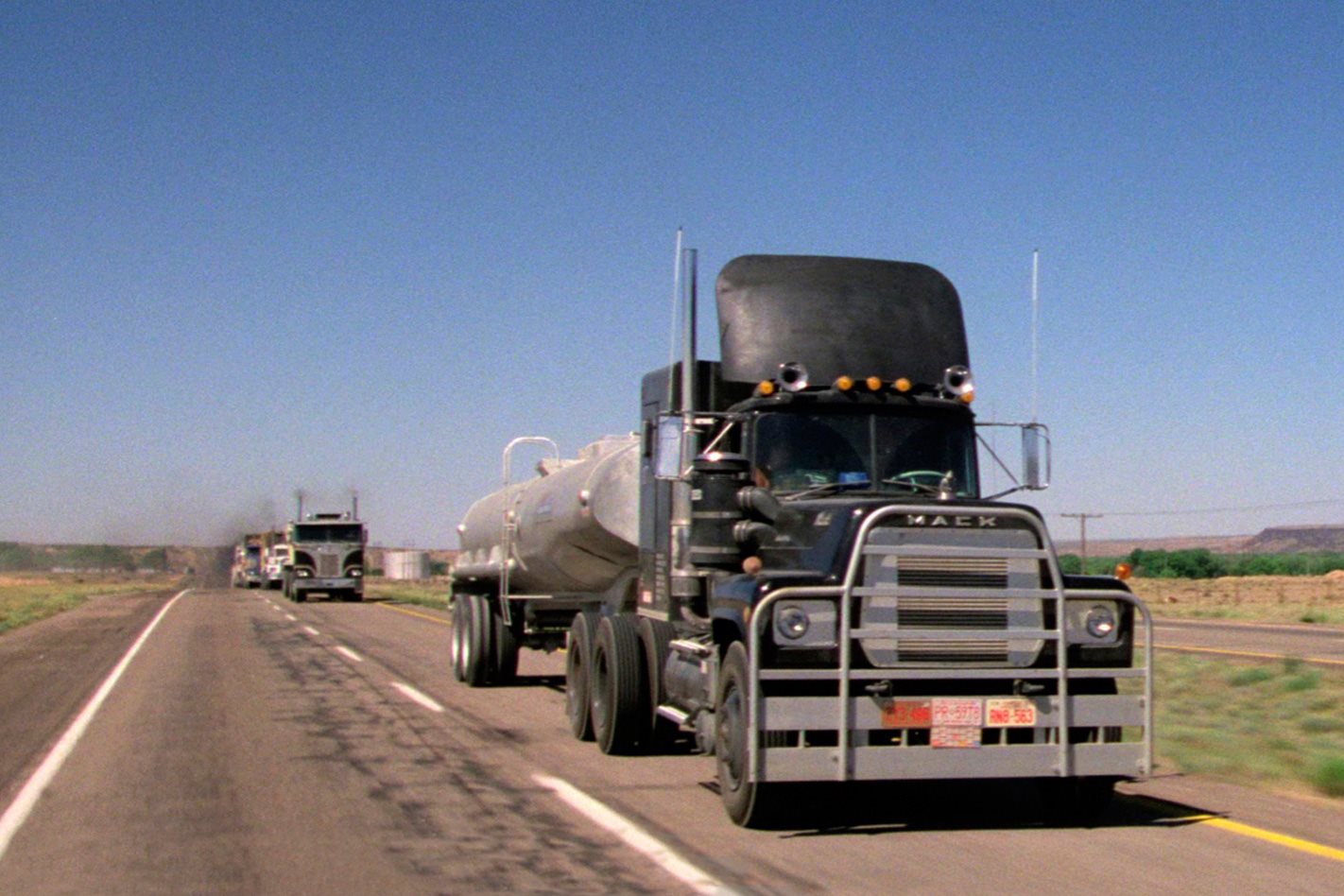 The group are joined by hundreds of trucks and supporters looking to get their own issues across to The Man. The Duck is reluctant to be the face of US truck driving and soon tires of the political games and railroading of issues outside his own agenda. 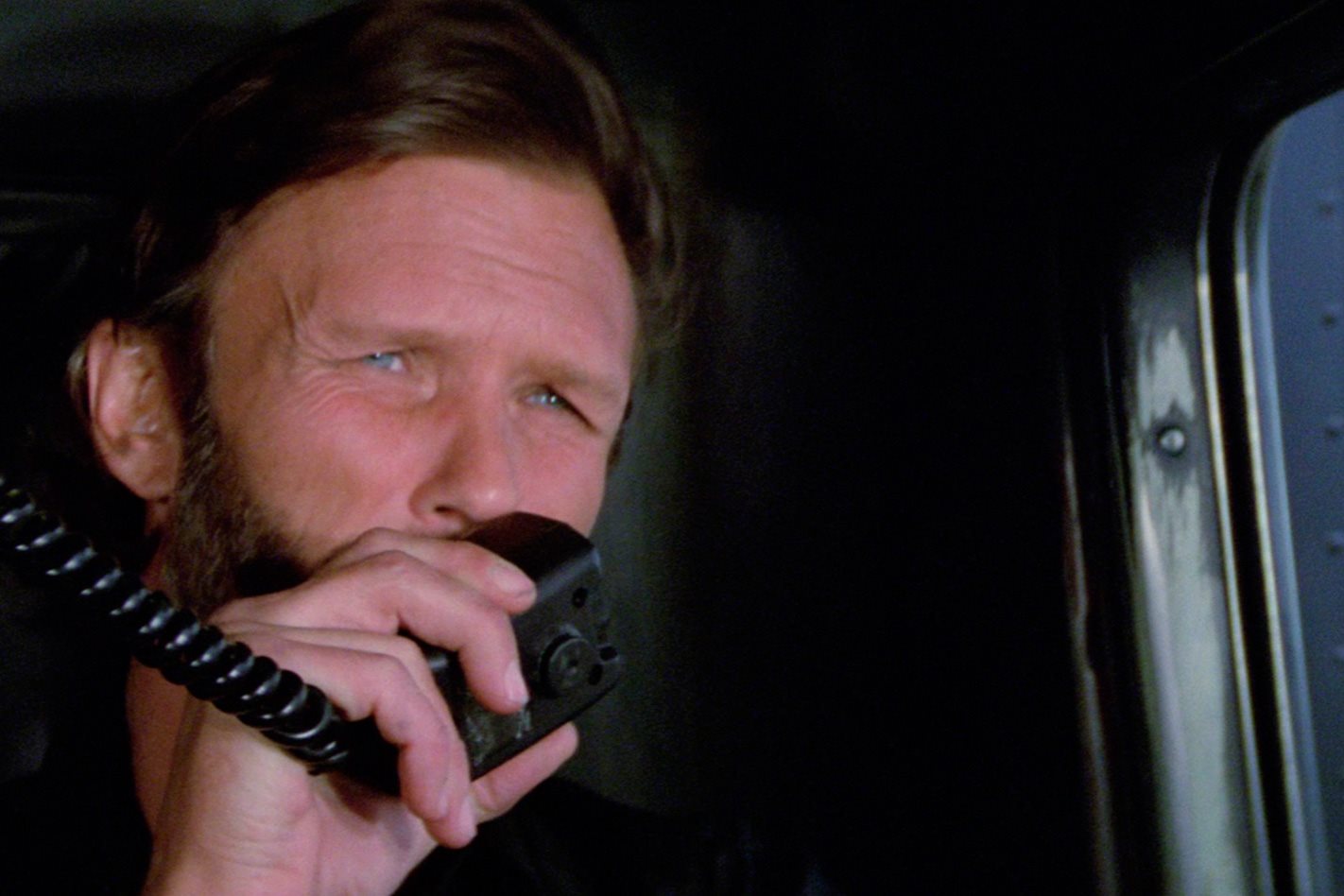 Melissa: “They’re all following you” 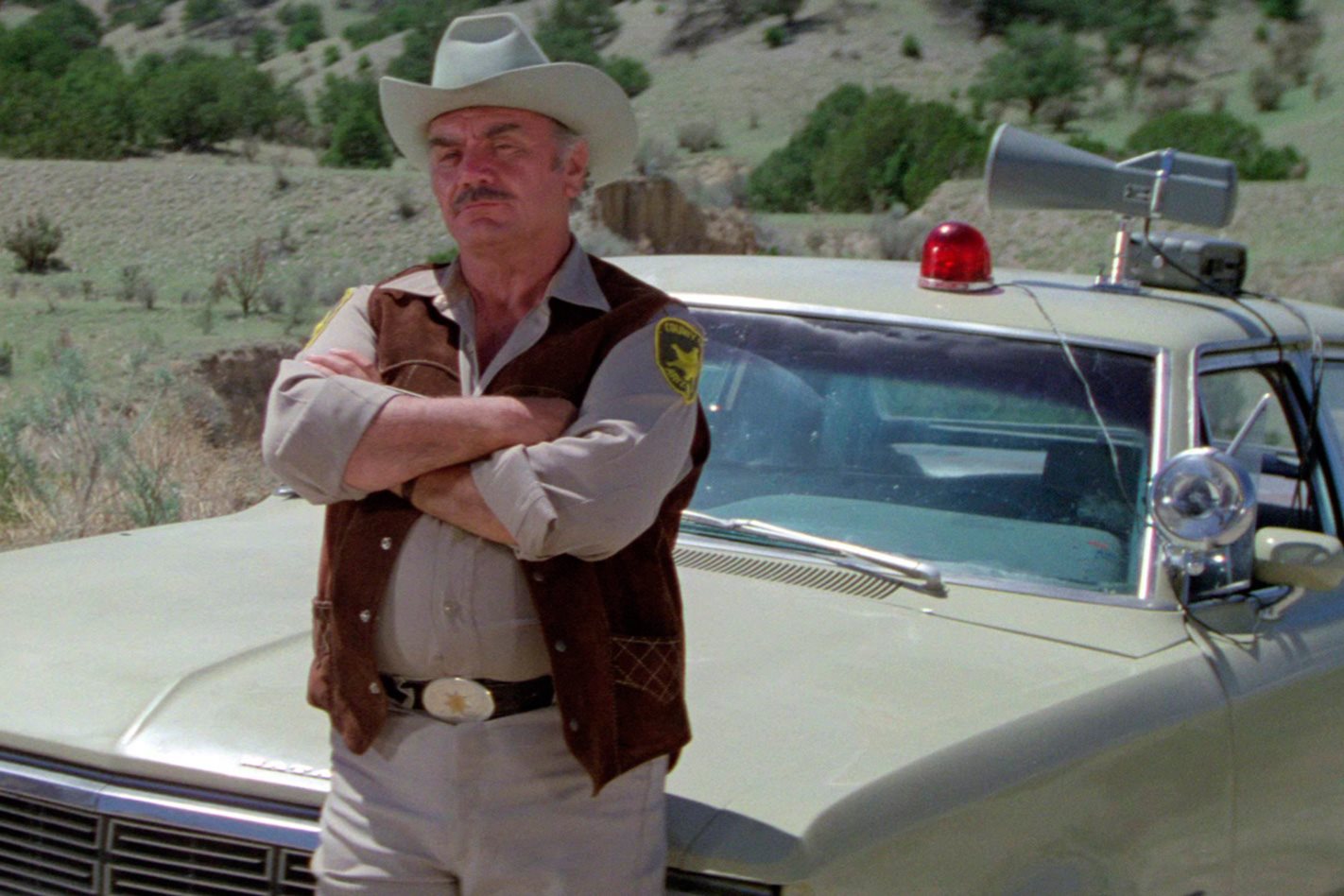 The arrest and crafty use of homeward-bound Spider Mike as bait in a Texas jail is enough to see Duck split from the emerging sideshow and drive through the night to save his friend, but Wallace and the Alvarez Police get more than they bargain for when a fleet of trucks destroy the town. 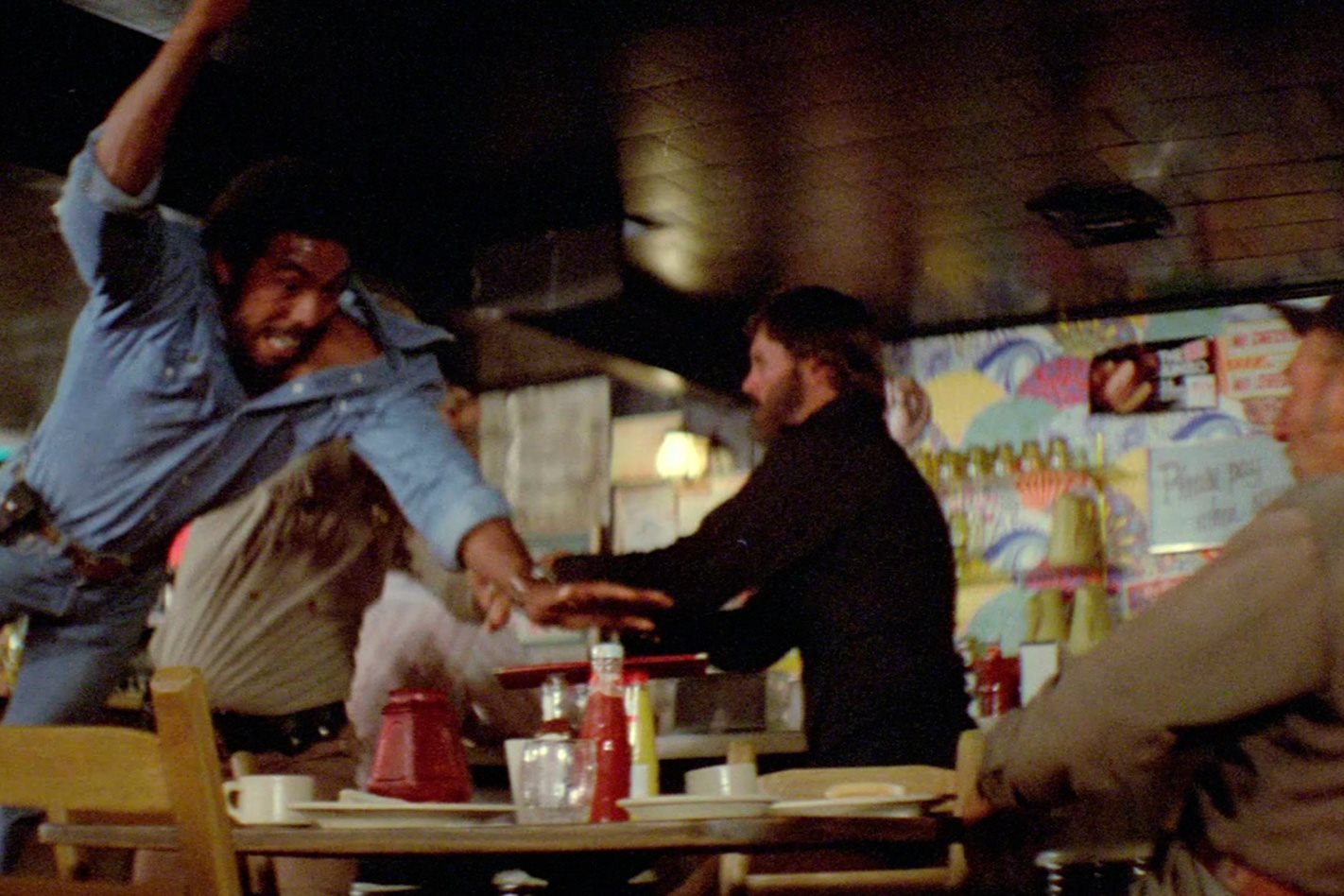 The truckers make a list ditch attempt to cross the border into Mexico but Duck and his black Mack are split from the pack to face the National Guard’s firepower all by their lonesome. The tanker and its 10,000 gallon payload of nitromannite come to a fiery end midway across the bridge, with the prime mover crashing down into the river below, signalling a watery grave for the Duck. Or does it? 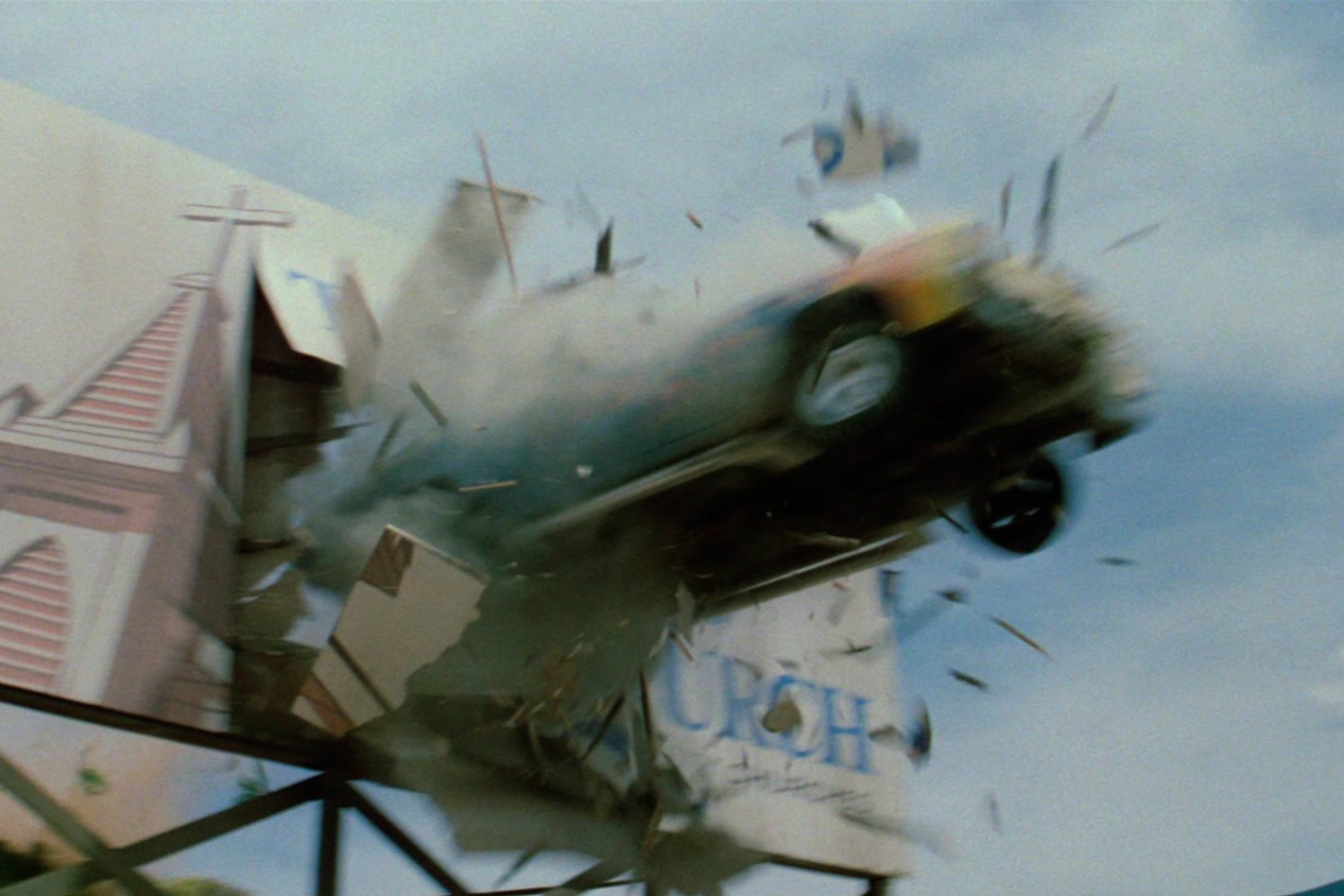 CONVOY is a fast-paced, easy-watching old school movie that is fun and ratings safe to introduce to a new generation of petrolheads. It’s from the Smokey and The Bandit era of cinema action and features storylines that we’re never likely to see again.

CAR ACTION: Dirty Lyle tears up the highway in a super cool, flamed and side-piped Chevelle, pulling a huge jump through a barn. Plenty of truck action including rollovers, roadblocks and some of the wildest semi U-turns you’re ever likely to see.

COOL FLICK FACT: The film was inspired by CW McCall’s song of the same name that was released in 1975 and featured heavily in the movie. 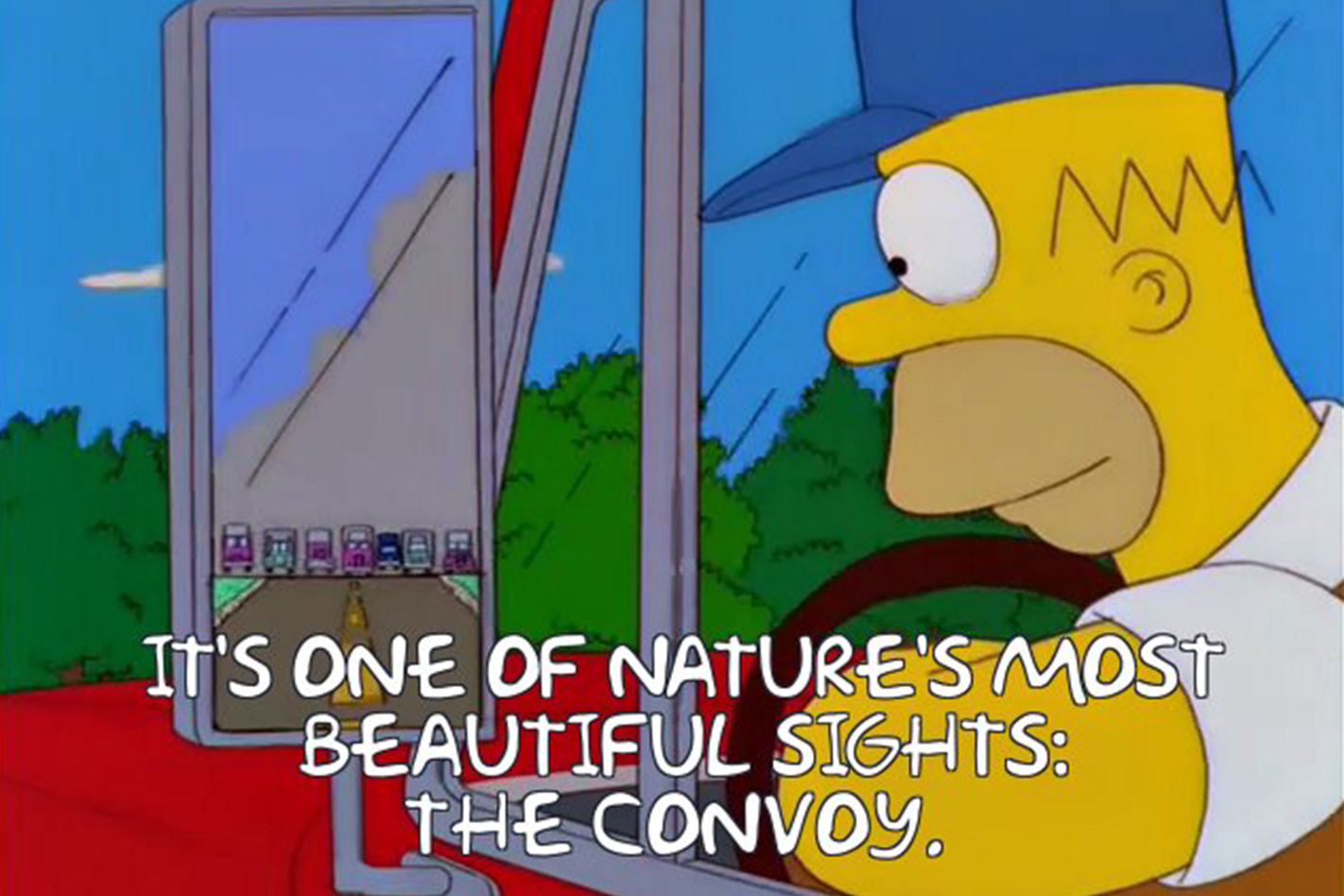