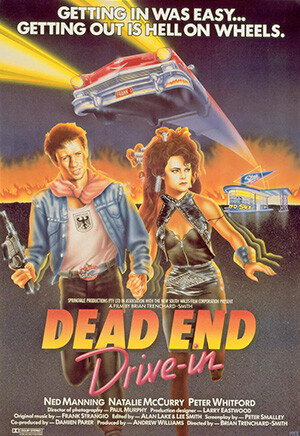 Australian exploitation legend Brian Trenchard-Smith (the brains behind BMX Bandits, Turkey Shoot and The Man From Hong Kong) took the helm for this muddled piece of dystopian action cinema, with a script loosely based on a short story by Peter Carey. 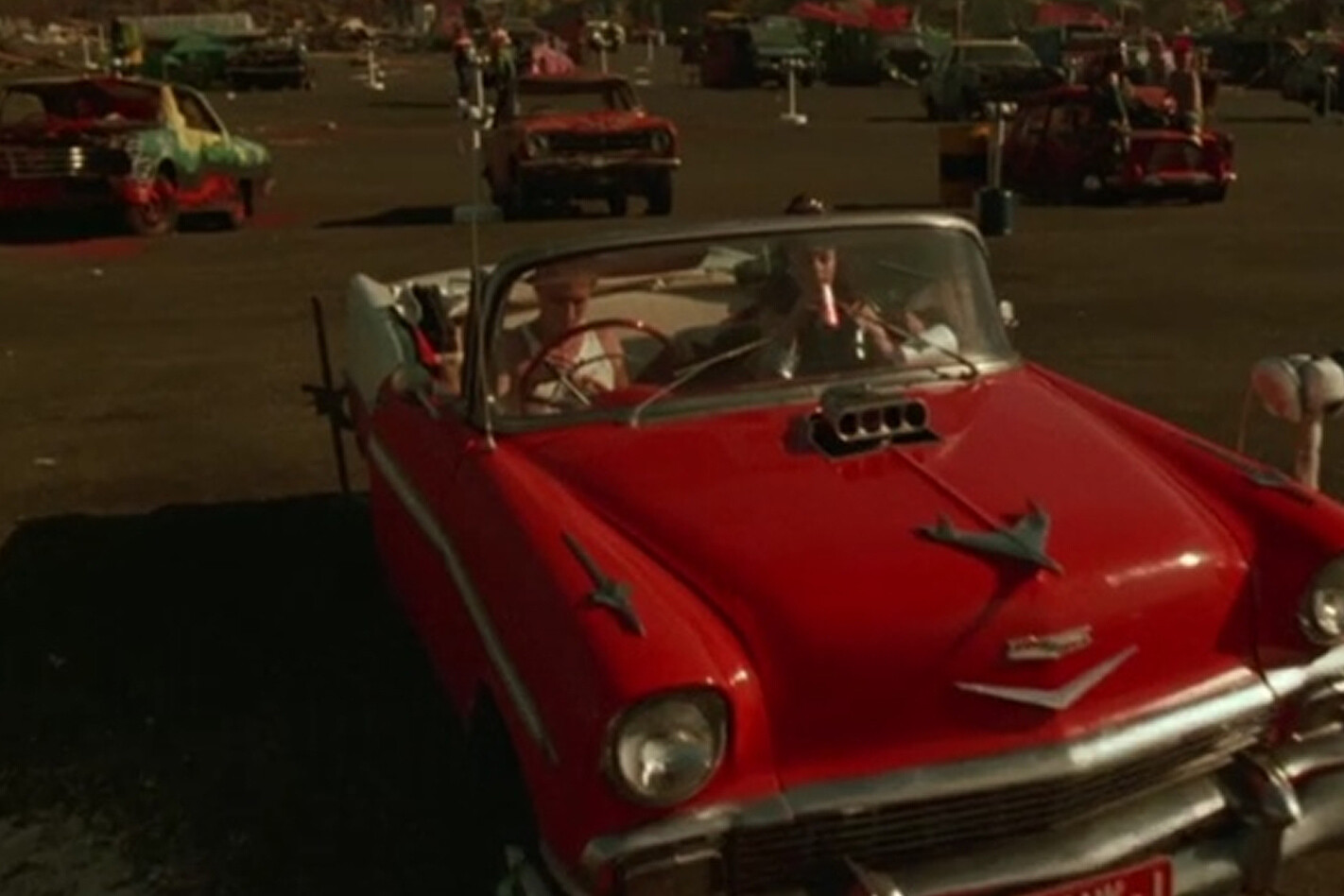 Crabs lusts after Frank’s beloved ’56 Chevrolet, and pilfers the immaculate two-door for a night of passion with teenage runaway Carmen (the late Natalie McCurry) at the Star Drive-In cinema. “What movie are we seeing?” Carmen asks as the Bel Air trundles up to an empty space. “That’s not what you came for, is it?” Crabs replies.

Trouble starts when the Chev’s rear wheels are stolen while the duo are mid-coitus, and escalates when Crabs discovers that two police officers are behind the theft. 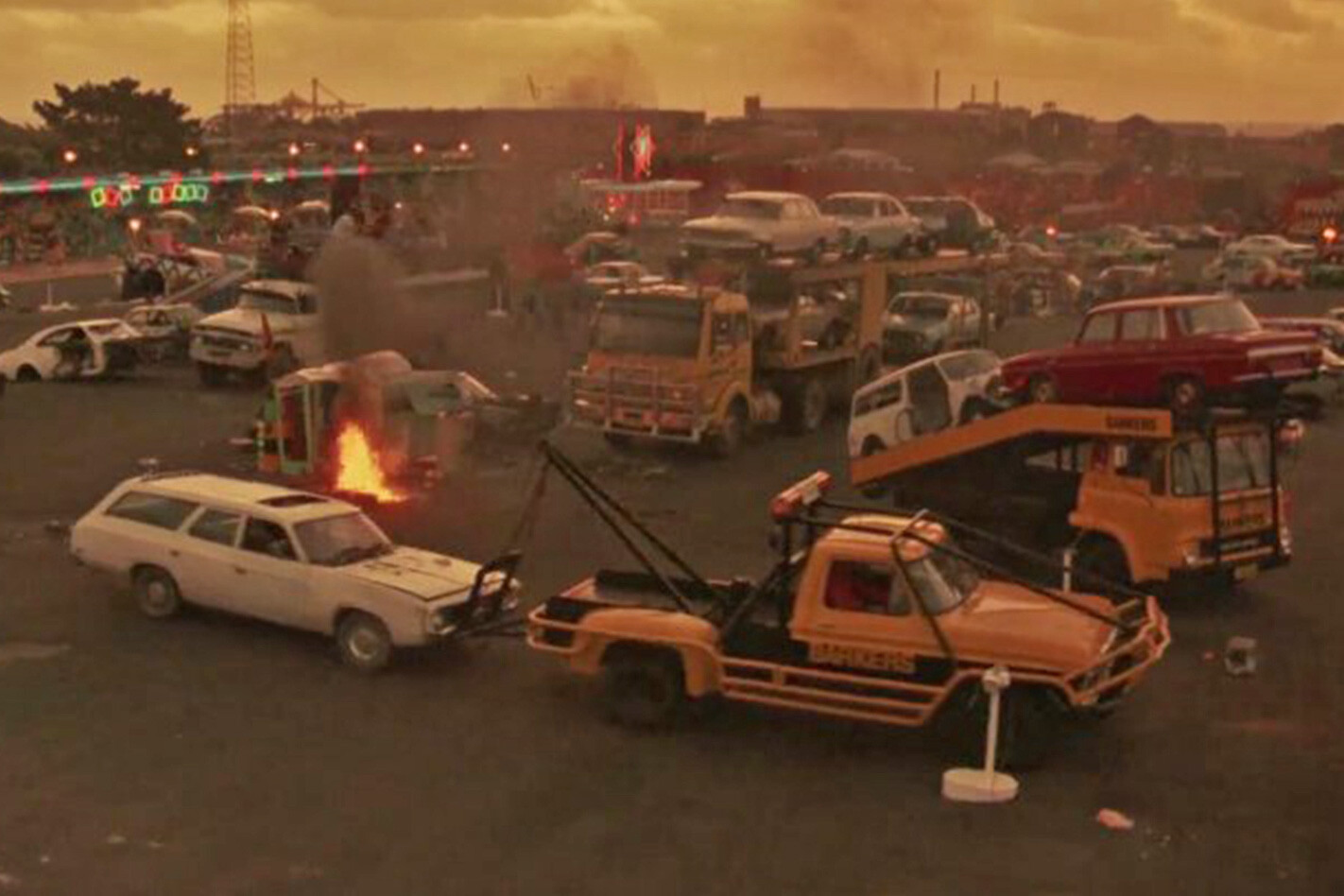 When confronted, sleazy proprietor Thompson (Peter Whitford) reveals that the cinema is actually a government-run prison camp for delinquent youth. Acting in cahoots with Thompson, the cops disassemble cars to prevent teenage attendees from leaving the drive-in and terrorising the streets. Once trapped behind an electrified fence, they’re plied with junk food and degenerate new wave music from the likes of Hunters & Collectors and Kids In The Kitchen.

While an outraged Crabs tries fruitlessly to get the Chev mobile and escape, the vapid Carmen is more concerned with the availability of banana fritters at the canteen. Things go from bad to worse when the Chev’s V8 is stripped, leaving Crabs with little more than a bare block and an 80s-spec bug catcher scoop.

Crabs’s clean-cut persona and tireless efforts to flee the drive-in soon put him on a collision course with not only Thompson and the corrupt cops, but also a mob of social outcasts envious of his girlfriend and relatively successful life “out there”. Things are complicated further when Crabs defends a truckload of newly arrived Asian prisoners, drawing the ire of the xenophobic gang.

IF YOU fire up a Brian Trenchard-Smith flick looking for A-grade acting or a solid plot, you’ll be disappointed. The social messages of Dead End Drive-In are hamfisted, and character development is more like an afterthought. That said, this movie is hard to beat if you’re looking for in-your-face violence, boobs and practical stunts alongside a huge variety of Aussie and Yank metal. Just don’t watch it with your grandma.

Dead End Drive-In was shot at the shuttered Star Drive-In in Matraville, Sydney, which had closed in 1984 and was demolished the following year. 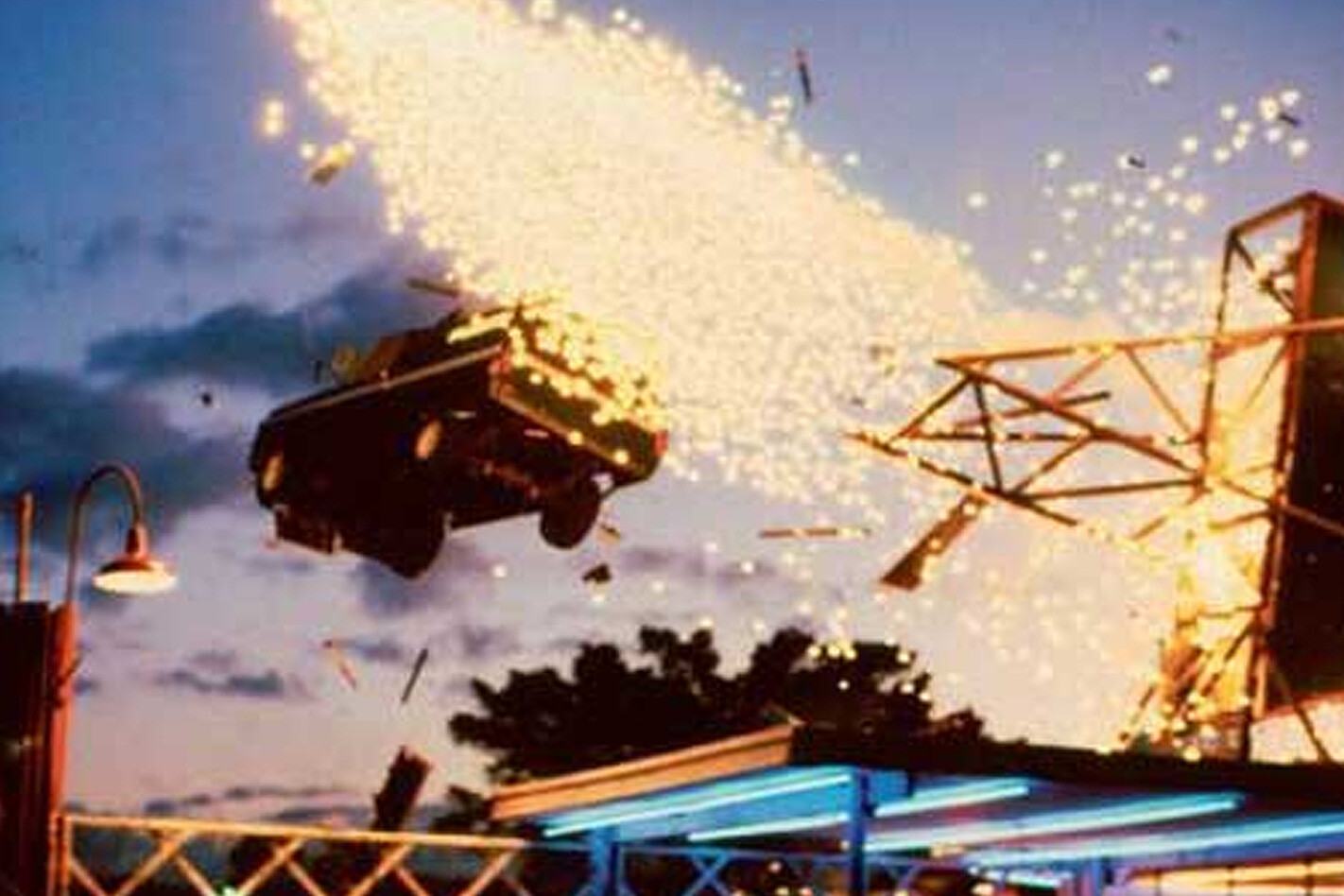 Action:
The film culminates in a destructive chase through the drive-in’s rows of derelict classics, sending hotted-up F100s careening through the air as Crabs fights for his freedom

Plot:
A teenage revhead finds himself trapped in a sinister drive-in prison