Fabrication basics: How to maximise your vehicle's strength

How to think smarter and not harder when fabricating

THERE seems to be two main ways that modifiers put strength into vehicles. There’s the ‘railway iron’ method, where the design relies on heavy structural members that resist the applied stress from bigger engines in a simple fashion to get a strong structure. Traditional and modern hot rod chassis and some street machine subframes rely on this approach, but it’s often unnecessarily heavy and can look a little crude. Boxing a chassis with 3/8-inch plate and using I-beam X-members come to mind as examples of this kind of overkill. 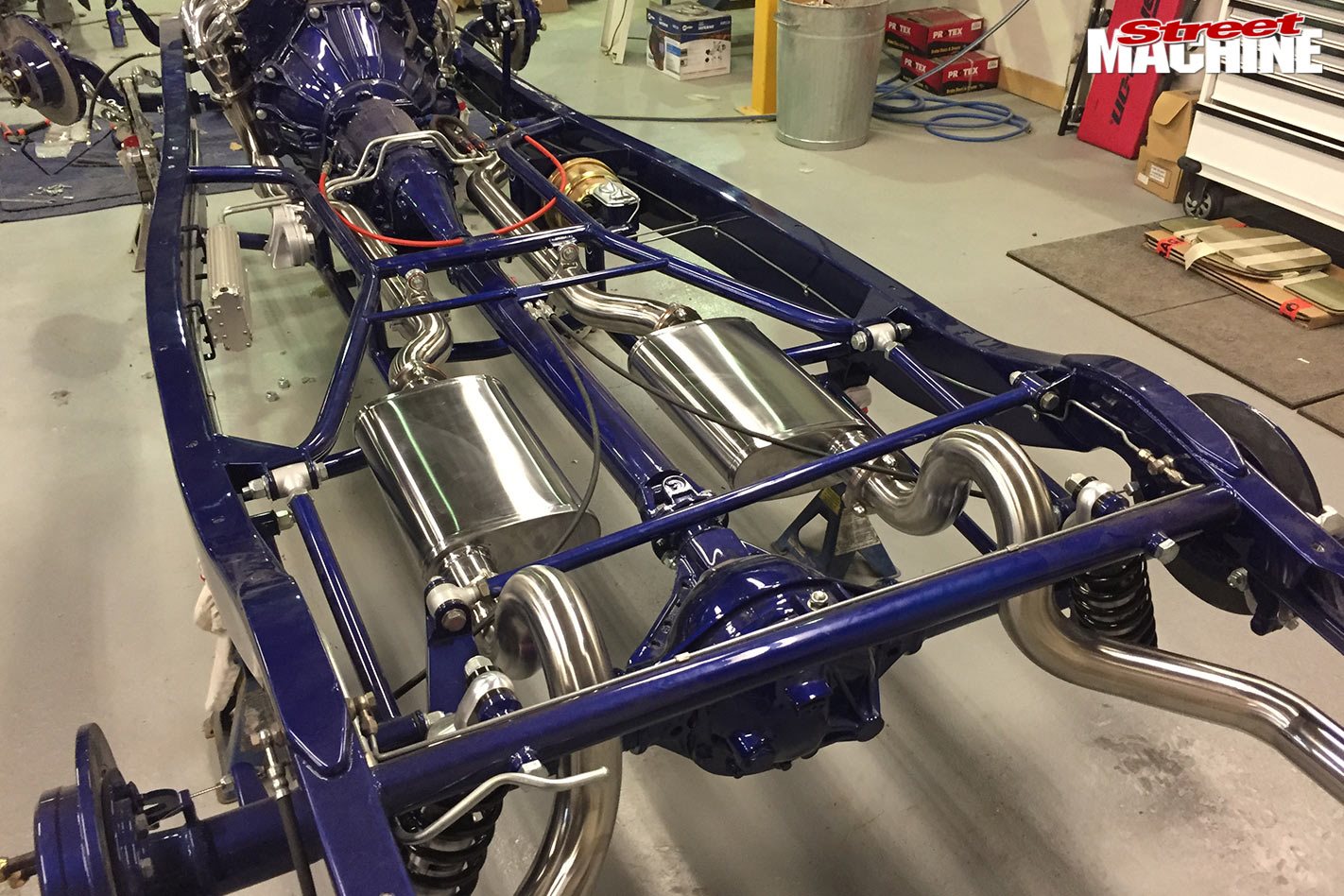 During the 50s and 60s, factory designers found it convenient to keep convertibles rigid by simply adding massive I-beams to their closed car frames to replace the loss of the roof structure. If you have worked on one of these cars you know how big yet inadequate those frames were. Fabricators seem to have been drawn into this approach too.

But the other approach I see in the garages of elite shops and in small operations with clever operators is the use of lightweight design to achieve structural strength. By using shape rather than mass, the fabricator can build a more efficient structure that also looks fantastic, and one that draws people to look more closely at the vehicle.

As an engineer, I am always looking at bridges, trying to understand the design concept used in a particular bridge structure. One thing I know is that the enemy of bridges is self-weight. The first thing that a bridge must do is to hold itself up; the Sydney Harbour Bridge has to support about 40,000 tonnes of its own weight before vehicles and trains can add more load. So engineers use smart design to minimise weight and maximise strength, and the solutions they come up with are amazing.

So it is with cars, too. Whether we are boxing the frame of a ’32 Ford or a ’69 Pontiac, we are using the rectangular shape to create strength, and it’s pointless to use material that’s any heavier than the rest of the frame or the body. It’s just like bridge design – self-weight is our enemy, and material efficiency is important.

Read next: How to make mini-tubs for your car 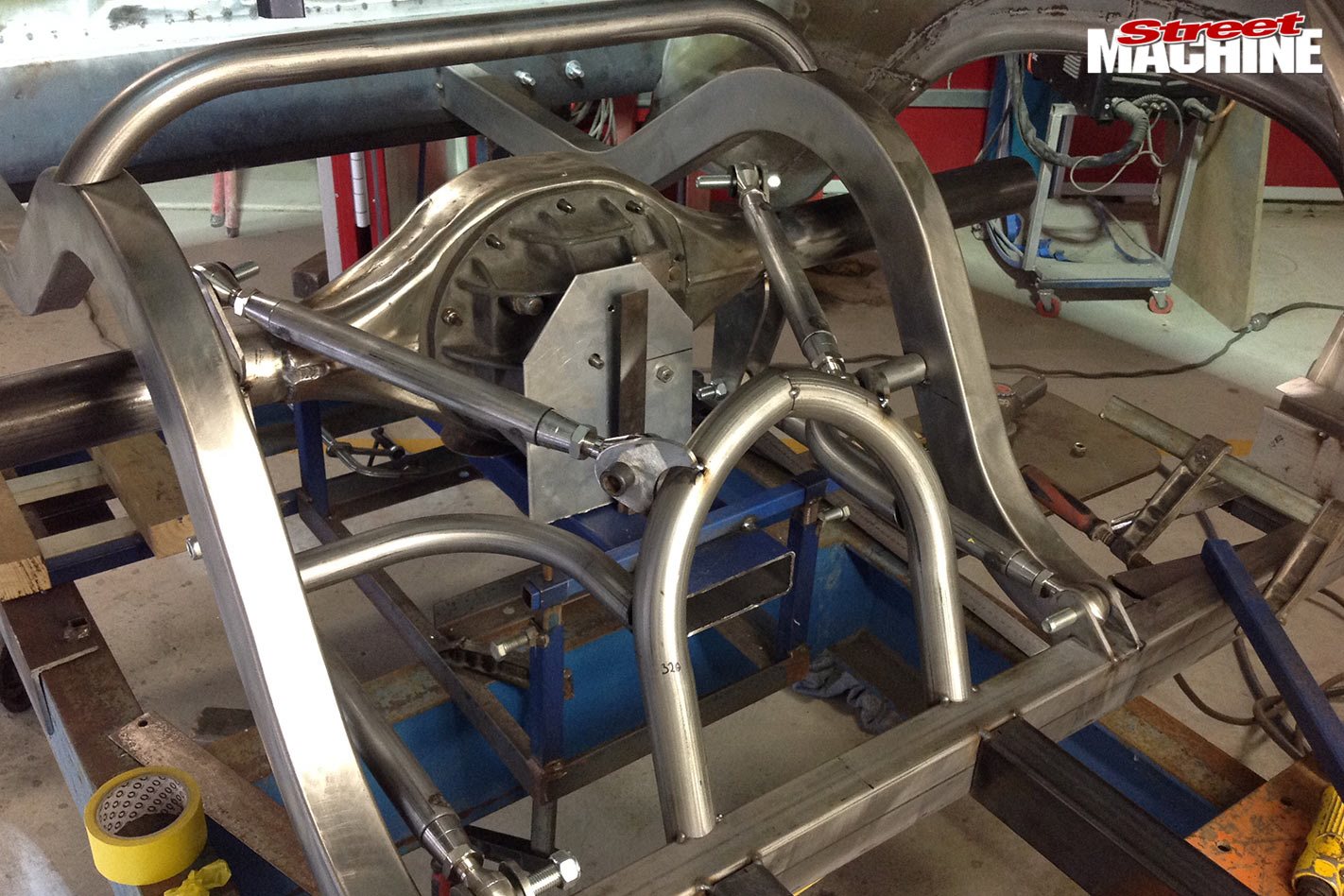 In the clever shops and garages, I am now seeing fabrication to achieve strength using tubular frame structures that use triangulation. The strongest shape for an assembly of members is the triangle. Round tubing can go oval-shaped under load, rectangular shapes can go out of square, but a triangular shape cannot be distorted unless one side of the triangle fails. A centre X-member is a collection of triangles, which is why it works so well in a chassis – a member has to fail for the X to fail. The three points of a triangle define a plane; that’s why a three-legged stool never rocks – it finds its own plane and settles. Modern engine mounts have three mounting points for the same reason.

You see the use of the triangulation concept everywhere you look in our pastime of modifying vehicles. Gussets that are used to support brackets and to protect rectangular shapes are most commonly triangular. The gusset must fail for the triangle to be broken.

Take a look at an alternator bracket, for example. It starts with two mounting points on the base of the alternator. Then add a brace that extends back from the alternator body to the lower of the two mounts. It’s a triangular arrangement that cannot fail unless a bolt or the bracket material fails. Vibration is also reduced because the shape cannot distort.

Fabricators are now using lightweight design to reinforce the modifications being carried out, including the use of thin-plate bracketry instead of the heavy-wall tubing we have seen traditionally. Smart fabricators are building complex shapes for car bodies and undercarriages with a large number of small triangles to form a smooth, strong shape. They are also using lightweight sheet-metal ‘top hat’ sections for reinforcing as required, instead of RHS.

Read next: How to get the most out of your brake system 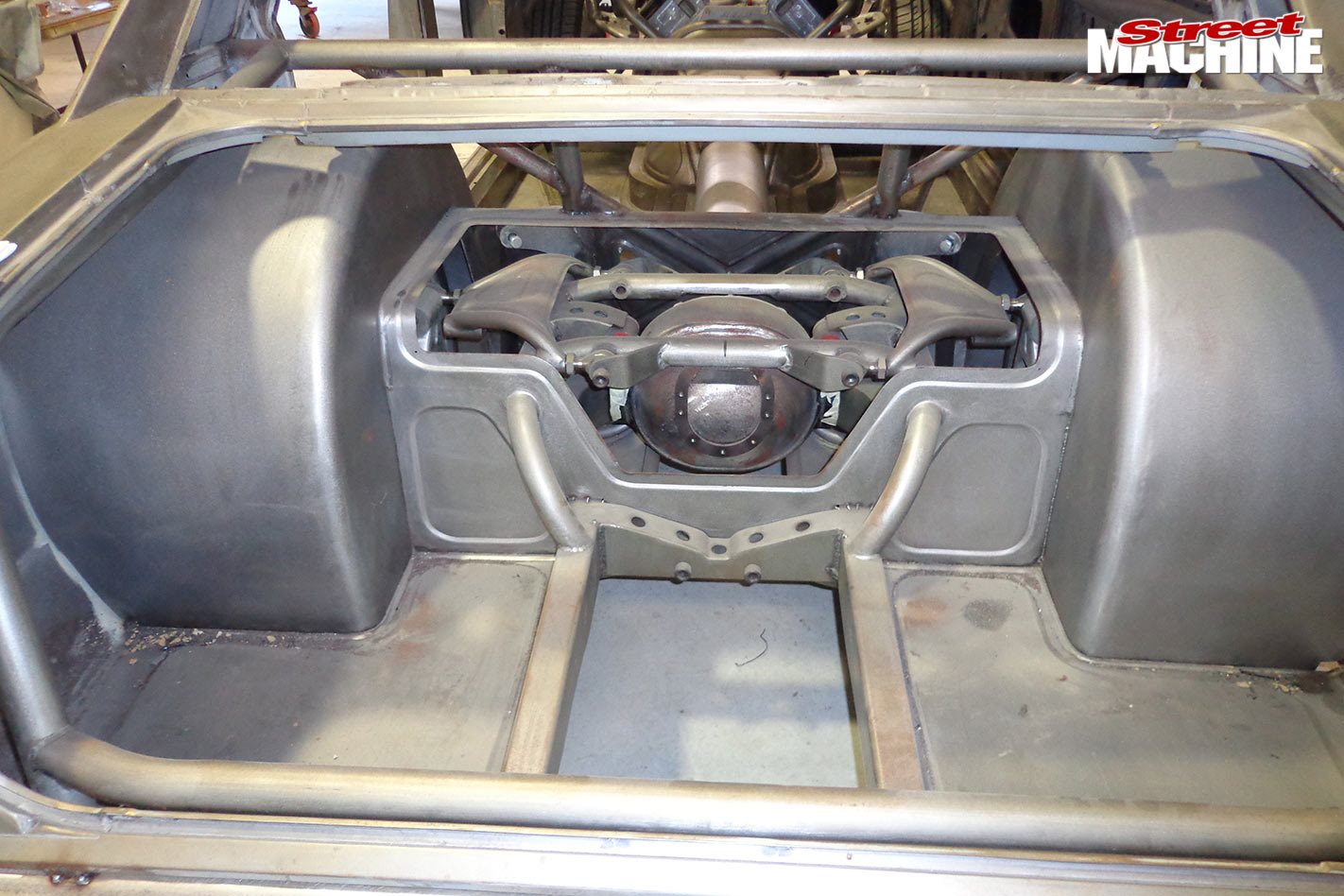 Smart design takes more time and effort, but is much more rewarding. Observers will see that a well-engineered vehicle is different, and they may not be sure why unless they look more carefully. That makes your project interesting!

UNITARY-construction vehicles have been with us since the early 1950s. Using practices developed in aircraft engineering, car manufacturers adopted unibody construction for their passenger vehicles. They developed complex stamped sheet-metal parts, with an almost infinite number of small shapes bent and formed for strength then welded together to form an amazingly stiff structure.

HERE are some tips to help you maximise your vehicle’s strength.