JODI Page-Smith’s automotive upbringing was shaped by her dad’s British racing influence. But her heart was always yearning for her grandma’s car: a sleek, black Ford XP Falcon coupe. 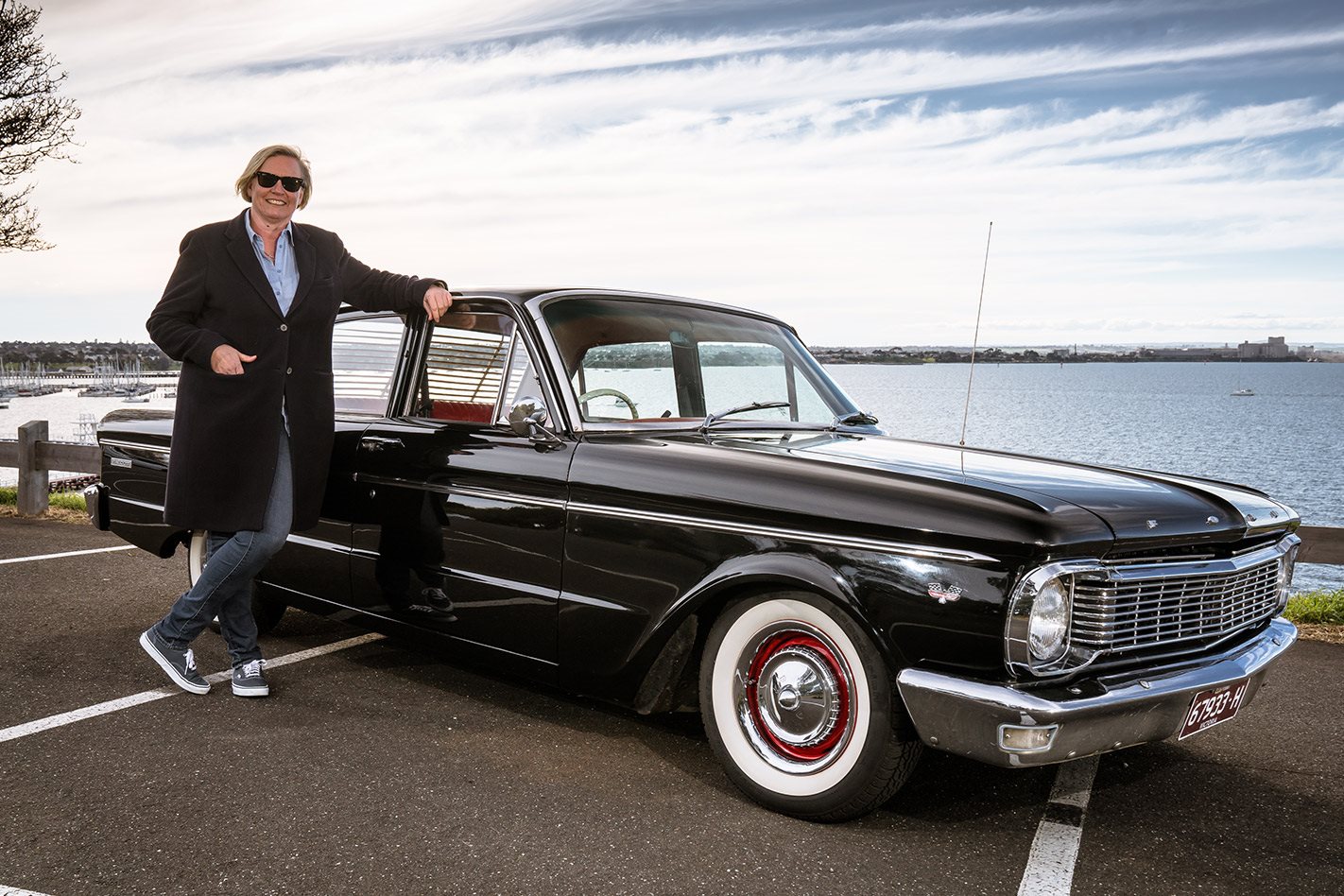 I was doomed to be a car enthusiast, as my parents met at a hillclimb in the 50s. Dad was into racing MGs and we would often go to the speed trials as a father-daughter bonding thing. Now I’m with Dean, who’s into cars as well. In fact, we recently built a car together, before the XP.

The first car I truly fell in love with: a ’59 Plymouth Belvedere. You know how the baby bonus was dubbed a ‘Plasma TV bonus’? Well I had a ‘Billet Specialties bonus’! 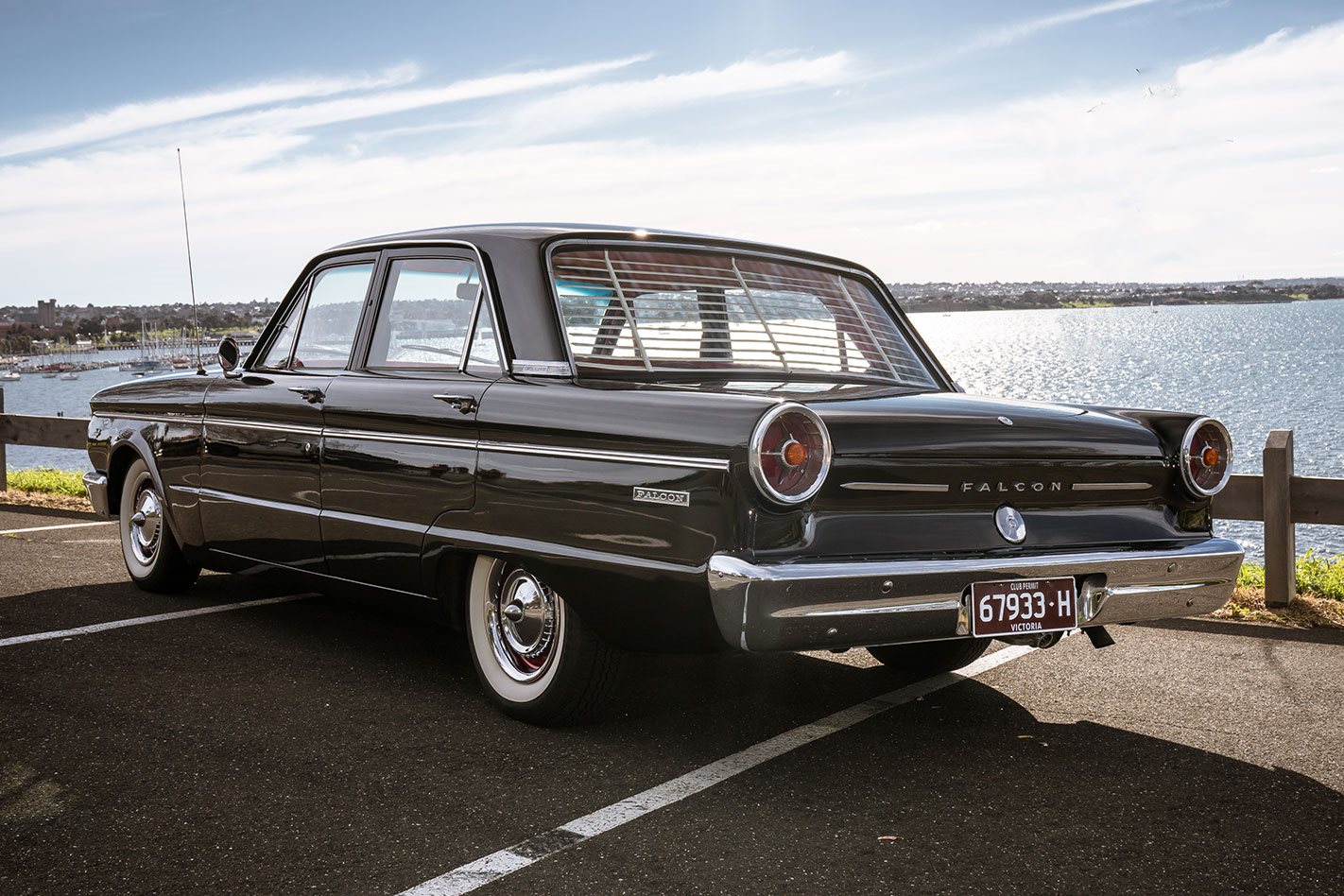 My grandma had a black XP coupe with red trim and a white venetian, which is why I’ve always liked XPs. They’re really cute and cool and a bit different, as there’s not a heap of them around. 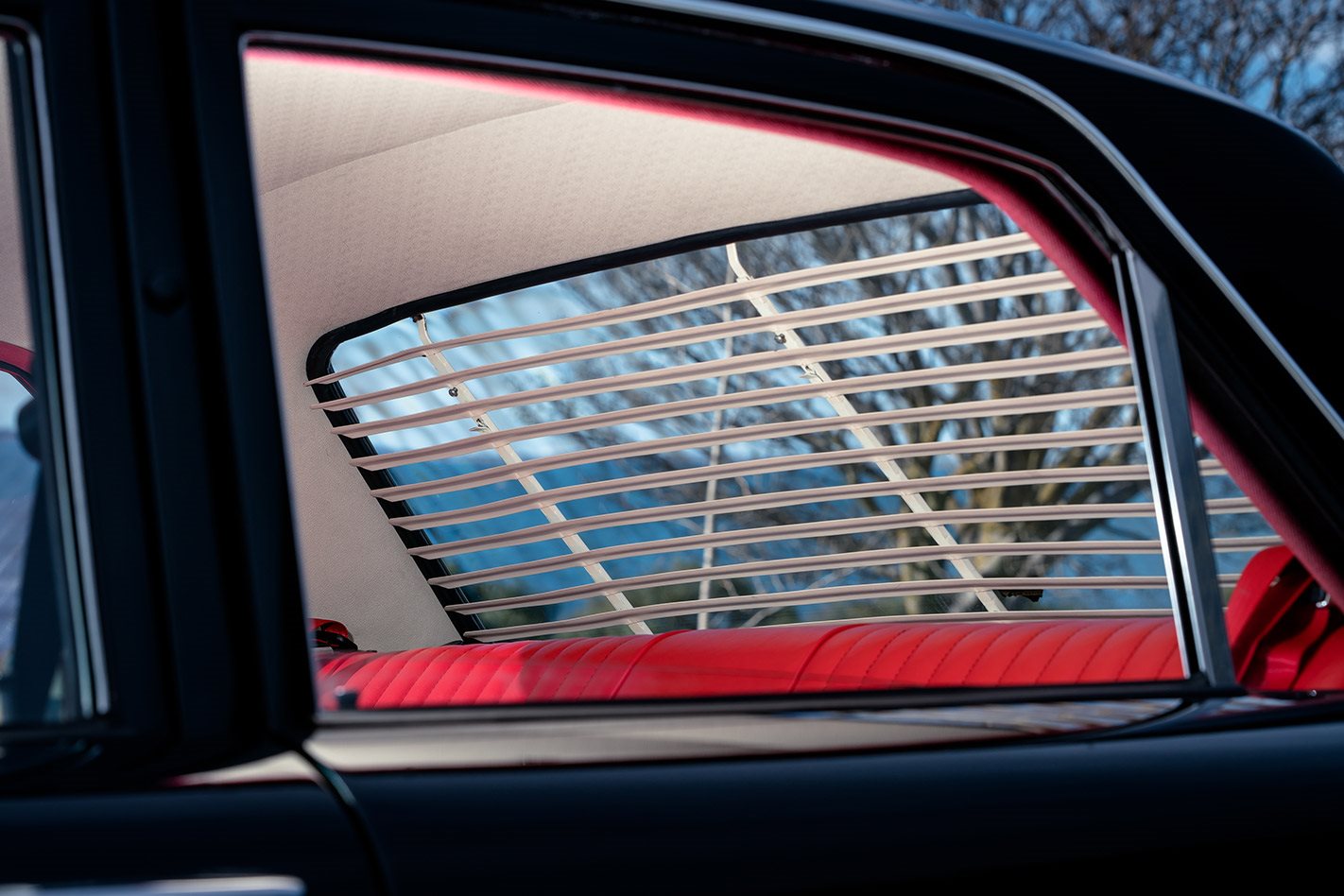 Did it take long to find yours?

I’d been checking the internet for a while and they were either too expensive or too far away, when there were any at all. Then a black XP coupe just like Grandma’s came up in Sydney just before Christmas, but it I let it go because it was both too expensive and too far away. A month later Dean was talking with someone whose neighbour was thinking of selling their four-door. This is it. It was great to get this almost-perfect combination, and locally. I can live with two extra doors for the sake of 10 grand!

When did you get it?

Valentine’s Day last year! Okay, so it was a coincidence that it was on the 14th, but it was the best Valentine’s present ever. Then for Mother’s Day I got retractable seatbelts! 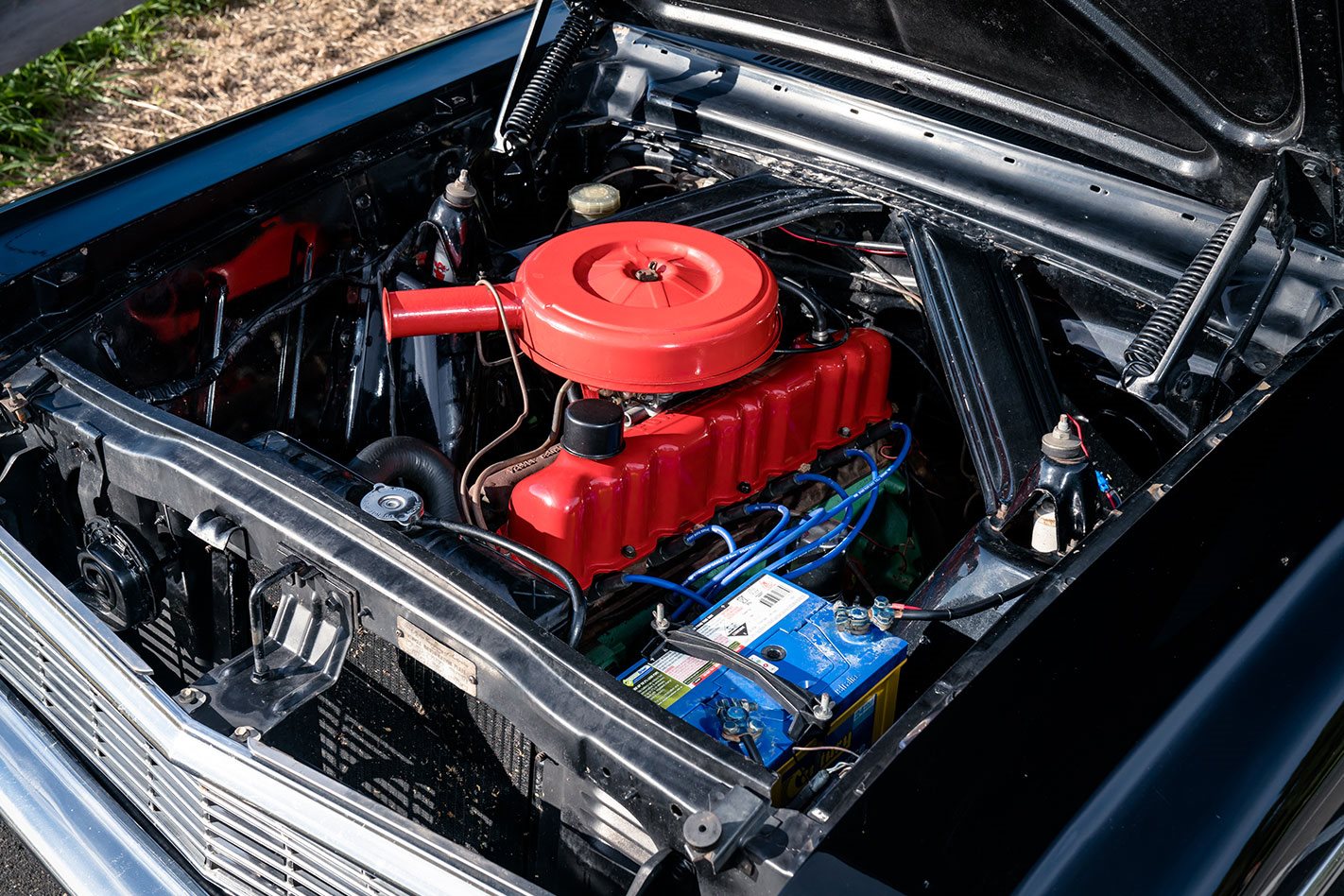 When we bought it, it ran the original 170ci Pursuit motor with a crunchy Toyota Celica five-speed manual and the original rear end. Dean swapped the five-speed for a BorgWarner 35 auto and converted it to a column-shift. It’s also lowered and the rear is ’bagged with an on-board pump to help get over any nasty speed humps. It’s awesome to drive! 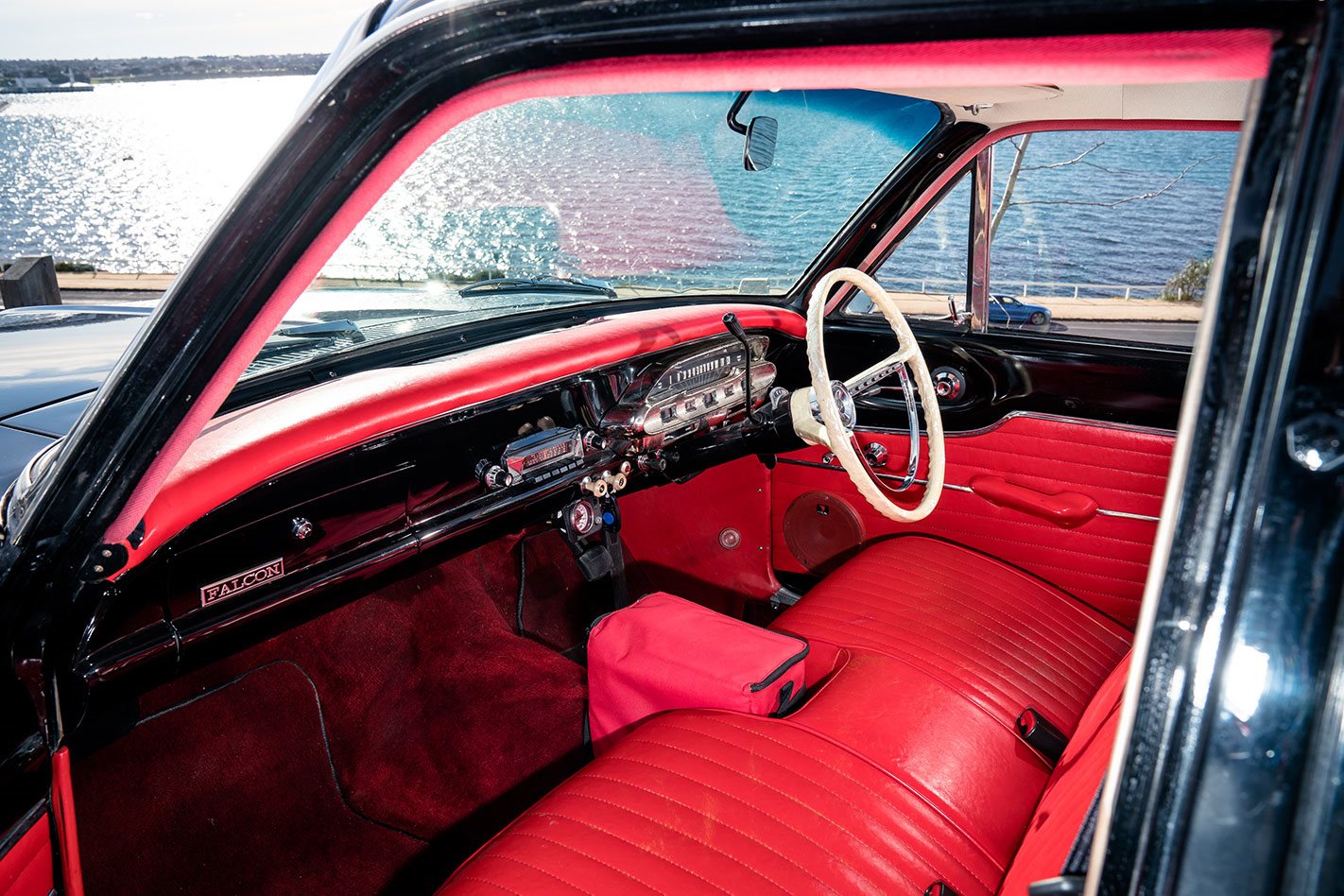 Our sons Hunter and Harvey are interested in cars, so they will be able to drive it when they’re 16. Dean threatens to put a V8 in her, but I like her as she is. I might do a hillclimb in it one day; the hillclimb at the Geelong Revival last year looked like so much fun. I just need to get my bravery levels up a bit higher, but I owe it to Dad really, don’t I?