THIS article on Mars Trupkovic's big-block Ford XT Fairmont was originally published in the March 2014 issue of Street Machine magazine.

I WAS looking for a new project, something that I could tub and turn into a tough streeter, but something a bit different,” Mars Trupkovic, Geelong local and panel maestro, explains. “Everyone does XYs, so when this XT turned up and was a Fairmont to boot, I figured it was different enough to be worth the time and effort. I was kinda thinking FPV for 1968 – but with a bigger emphasis on the ‘P’.” 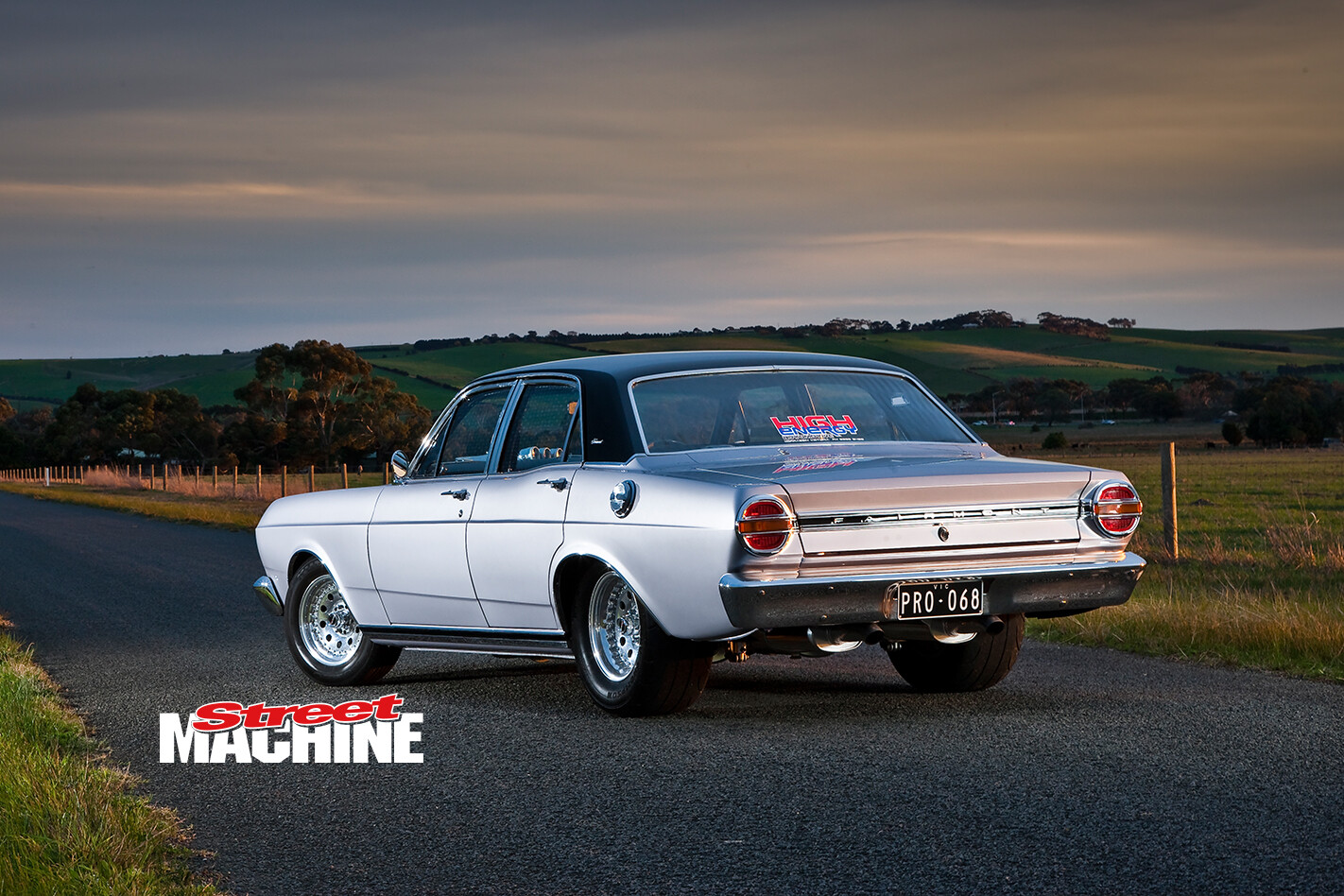 Mars found the car locally through a bloke who’d started to dabble with it but given up soon after. The XT was painted an ice blue with spray cans and sat low over stock Fairmont hubcaps. It was pretty half-arsed, but all of the specific Fairmont trim was there – albeit oversprayed in blue – and just the ticket for a luxury muscle build. One thing it had in spades was rust – the doors, rear quarters, sills, guards and around the screens; you name it, it was harbouring the dreaded tinworm. Fortunately, Mars is well versed in the art of panelbeating, spraypainting and metal fabrication – he was responsible and highly praised for Leo Martino’s XY Falcon ute featured in SM Jan ’14 – so the fab work, panel and paint was sorted in-house. His meticulous approach and patience is obvious with the final result. 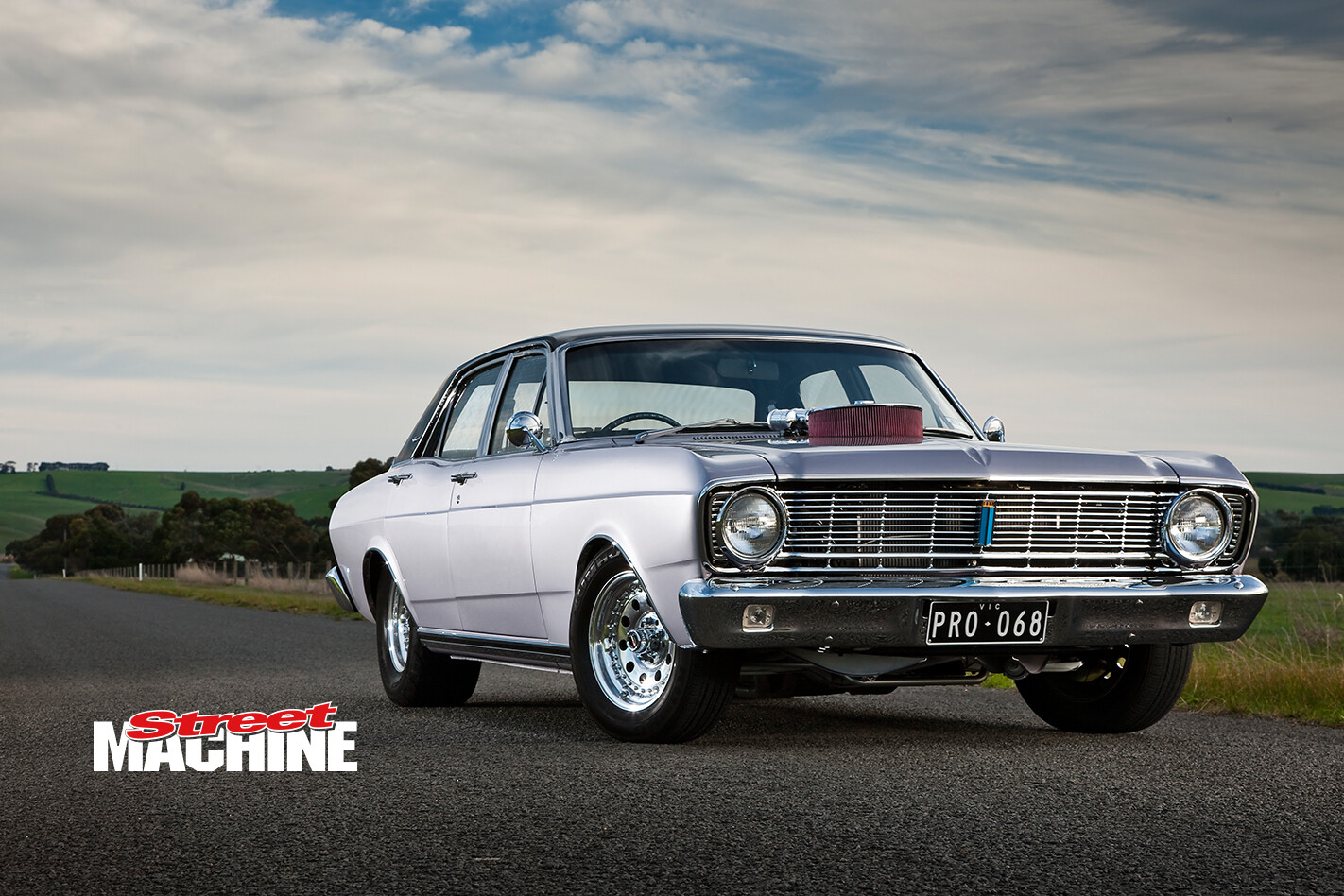 “I’d start cutting away at areas like the sills and people would say, ‘What did you do that for?’ They thought I was crazy because the sills looked ok, but I knew they’d be rotting from the inside out and, sure enough, they were badly pitted with rust. A lasting final finish comes down to the bodywork and prep, plain and simple.” 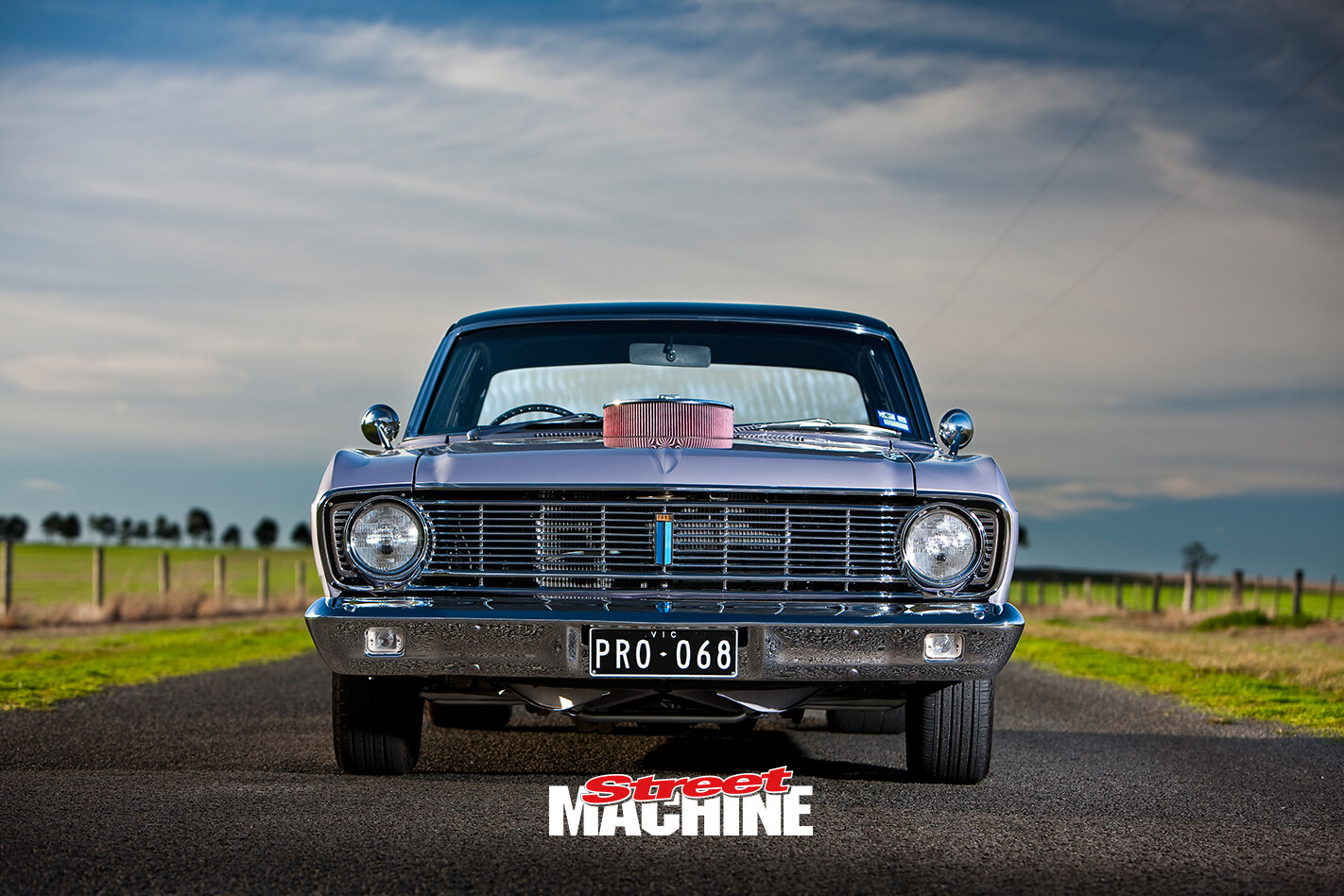 Mars replaced all the tainted metal and spent hours gapping the panels and ensuring the bodylines were razor-sharp. “I would have had the doors on and off five or six times getting everything perfect. With older cars like this, it’s the lines and styling that gives them their character, so you need to pay special attention to these details.” 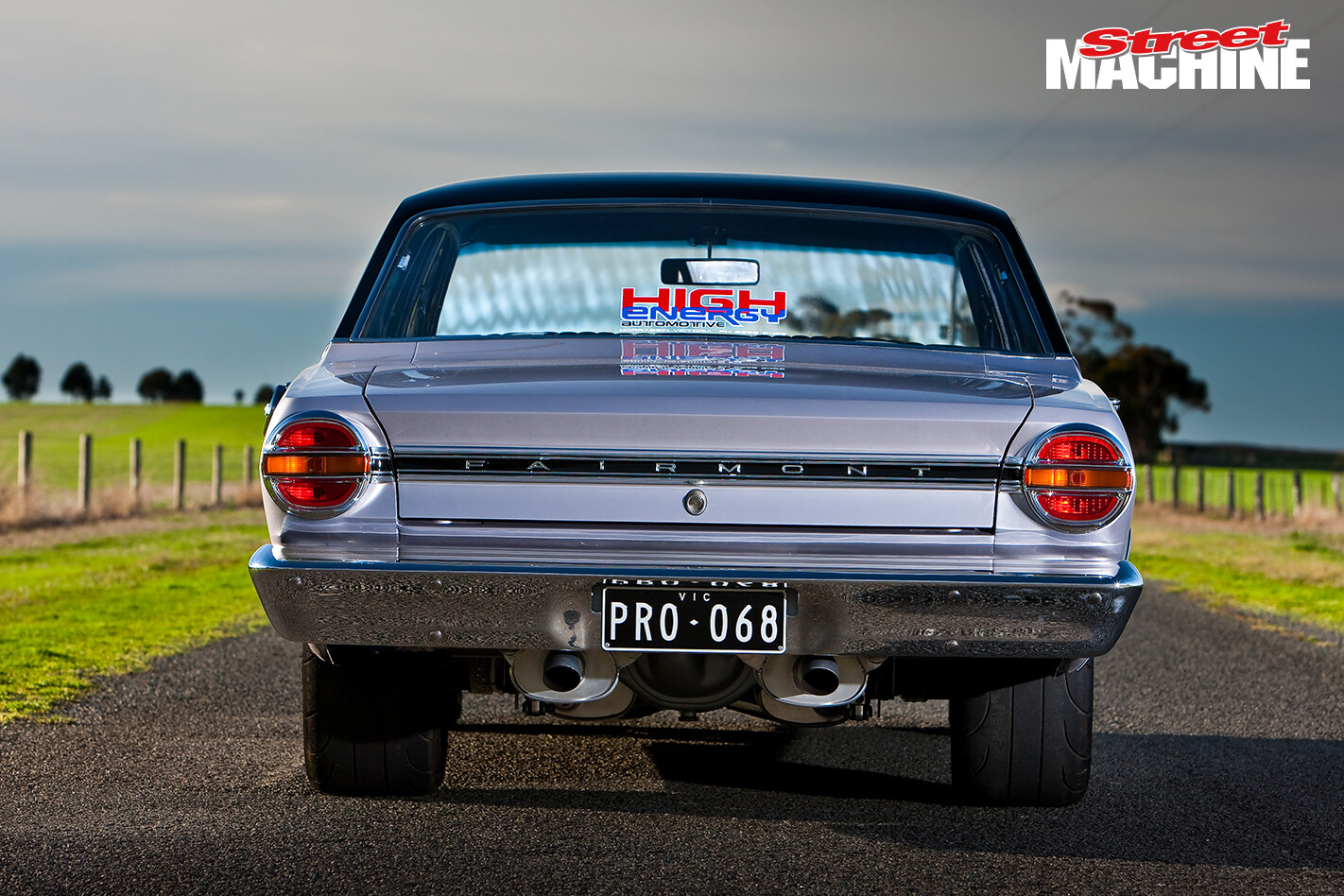 This philosophy also rings true with his approach to the tubs and wheel location, choosing to leave the factory rear wheelarches well enough alone so the Fairmont trim could be refitted unmodified. “I’ve never understood street cars that are tubbed but still have the wheelarches cut to pieces. I just keep moving everything further inwards – the chassis, suspension and wheels – until you have the clearance you need.”  Mars rejigged and refabricated the XT’s rear to incorporate a modified chassis and boot floor, and installed a triangulated four-link and coilovers to give the Fairmont tail the look he was after. 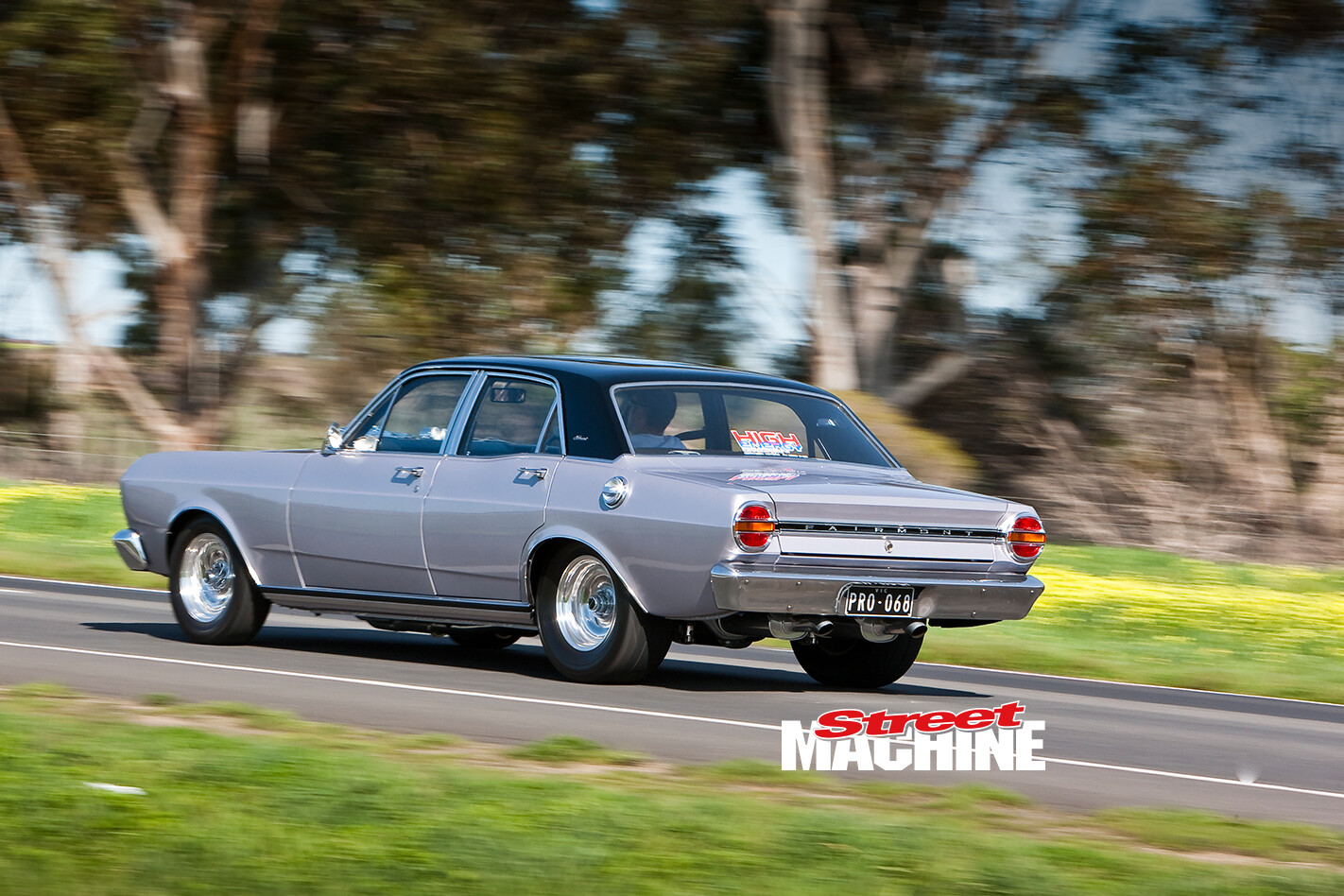 With the fabrication and body preparation locked away, it was time to hash out colours. “There are plenty of silver cars doing the rounds, so I knew that if I wanted it to stand out it would need to be something special. Older Holdens, Fords and Valiants come with some great factory colours and it’s just a matter of tweaking them a little to bump up the glitter or to tone down the feeder colours that combine to make the final shade.” The chosen Frosted Pewter is from the XT colour chart, though Mars layed off the magenta a little during mixing to remove some of the original rosiness. Super Jet Black was chosen for the roof in a salute to factory vinyl tops and to help retain the Fairmont identity. The higher-spec chrome and stainless trims were refurbished to properly match the level of effort and finish Mars expended on the exterior. 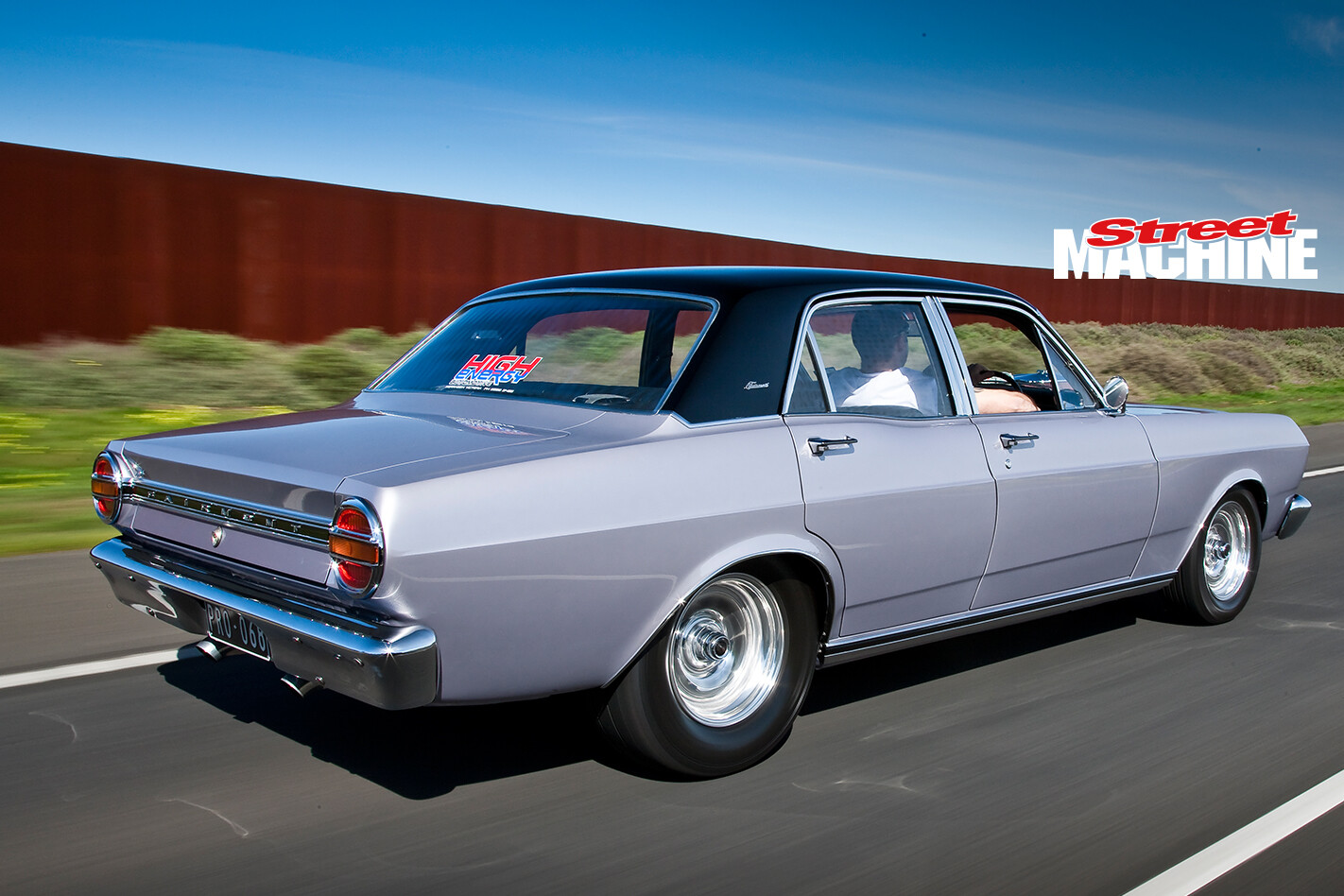 With first-class paint and panel a given, Mars homed in on a tough driveline package to complement the high-end visuals. “I spoke with Simon and Theo at High Energy Automotive, explained what I was after and left the final combination up to them. I was looking for something around the 550hp mark, but when Simon rang saying it pulled 675hp on the engine dyno I nearly fell over! I just said to him ‘Umm, will I be able to drive it?’ He just laughed and said it wouldn’t be a problem and it’s proven itself to be very street-friendly.” The Windsor-based combo reads like a who’s-who of proven street and strip quality parts. A Dart block measures up at 438 cubes thanks in part to a Scat 4in stroker crank turning Scat Chev rods and SRP fly-cut pistons to sneak the compression back to 12:1. A Crane solid roller camshaft is matched with Crane roller lifters and custom pushrods while a Mellings high-volume pump draws the good stuff from an ASR Eliminator sump. Ported AFR 225 alloy heads mount an Edelbrock Super Victor intake and Pro Systems 1000cfm carb. 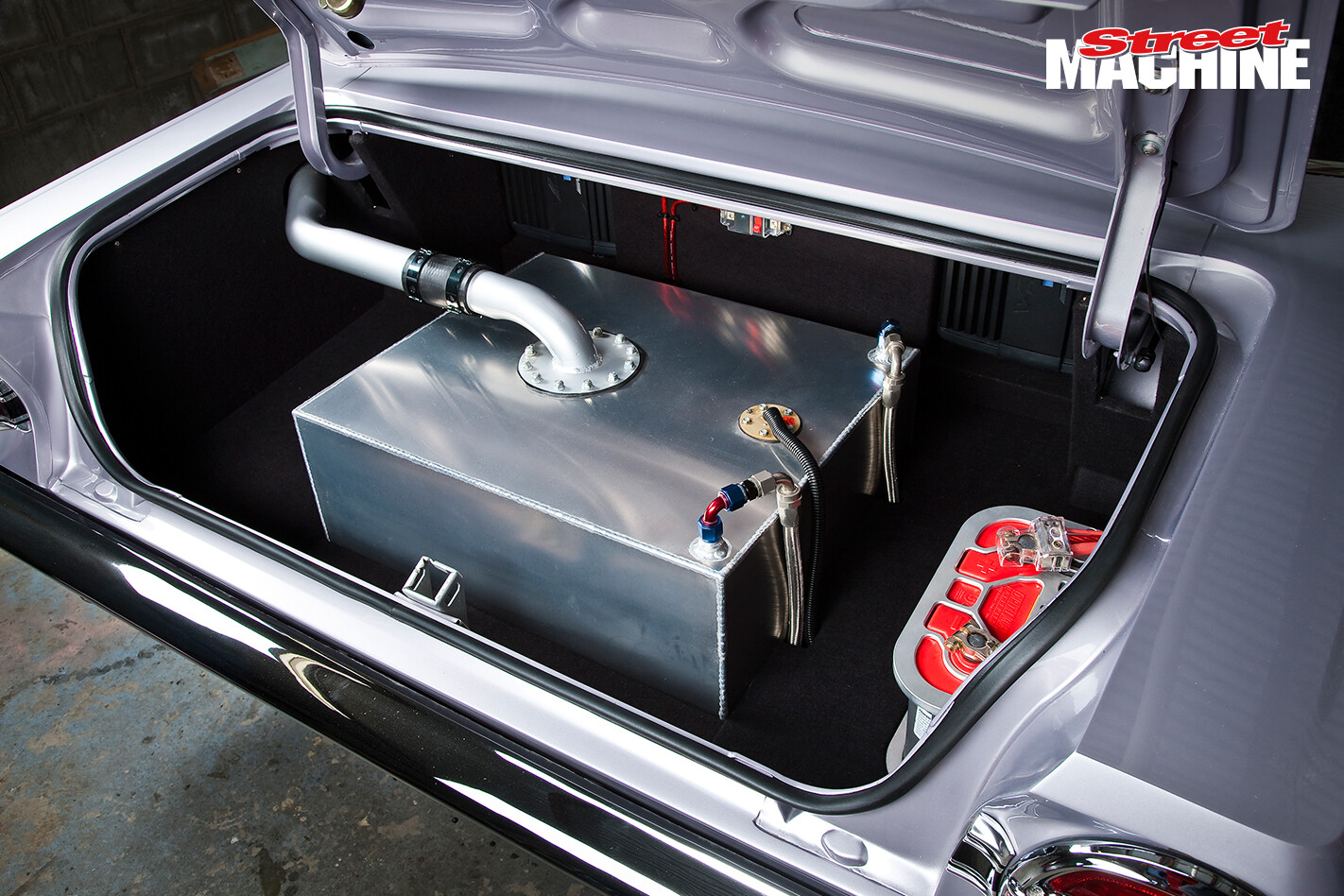 The exhaust comprises a set of custom two-inch primary 4-into-1s flowing through a twin three-inch mandrel system, packing both resonators and mufflers. “I needed it quiet to keep the engineer happy, but dropped the pipes at the drags recently and it took on a whole new persona; it was such a tease,” he laughs. 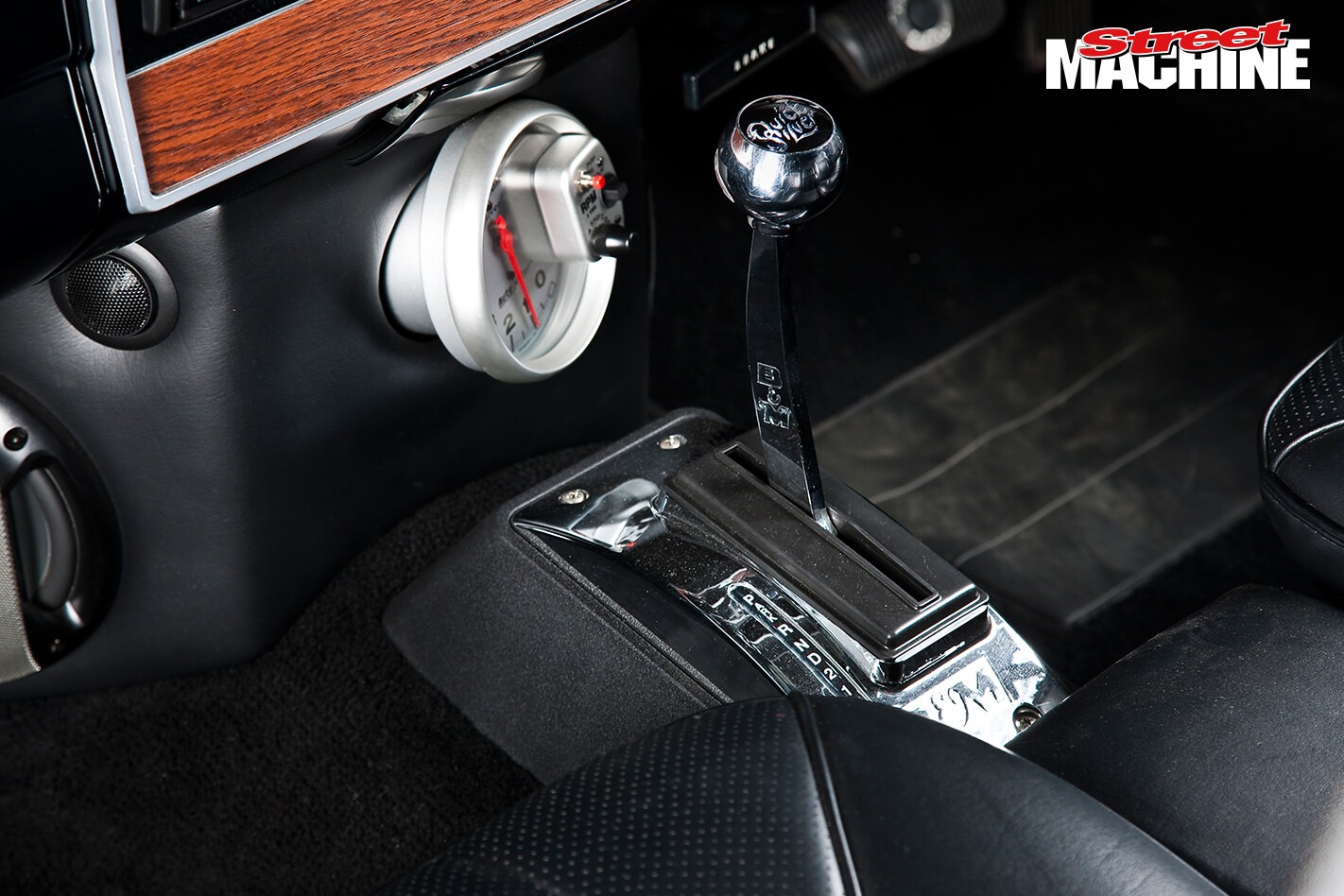 A fully manualised C10 transmission runs the obligatory shift kit and a 5000 TCE stall. A custom tailshaft with Strange billet yokes turns through to a custom 9-inch diff running 31-spline Moser axles, 4.3 gears and Detroit Locker. With the driveline nestled within the XT’s pewter flanks, Mars turned his attention to the brakes and suspension. Ventilated front discs and calipers from an XG ute replace the original XT solid set-up, while the rears have been upgraded to EB Falcon discs. Twin remote VH44 boosters help with the pedal duties and are nestled out of harm’s way under the front guards. The luxury muscle theme continues inside with a factory-spec Fairmont interior retrimmed in fresh black vinyl by Ken of West Coast Auto Trimmers. A B&M Quicksilver shifter is nestled neatly among the plush black carpet, stock woodgrain dash and Fairlane twirler. A collapsible XY steering column and retractable seatbelts throughout were additional engineer requirements and a good idea to boot. 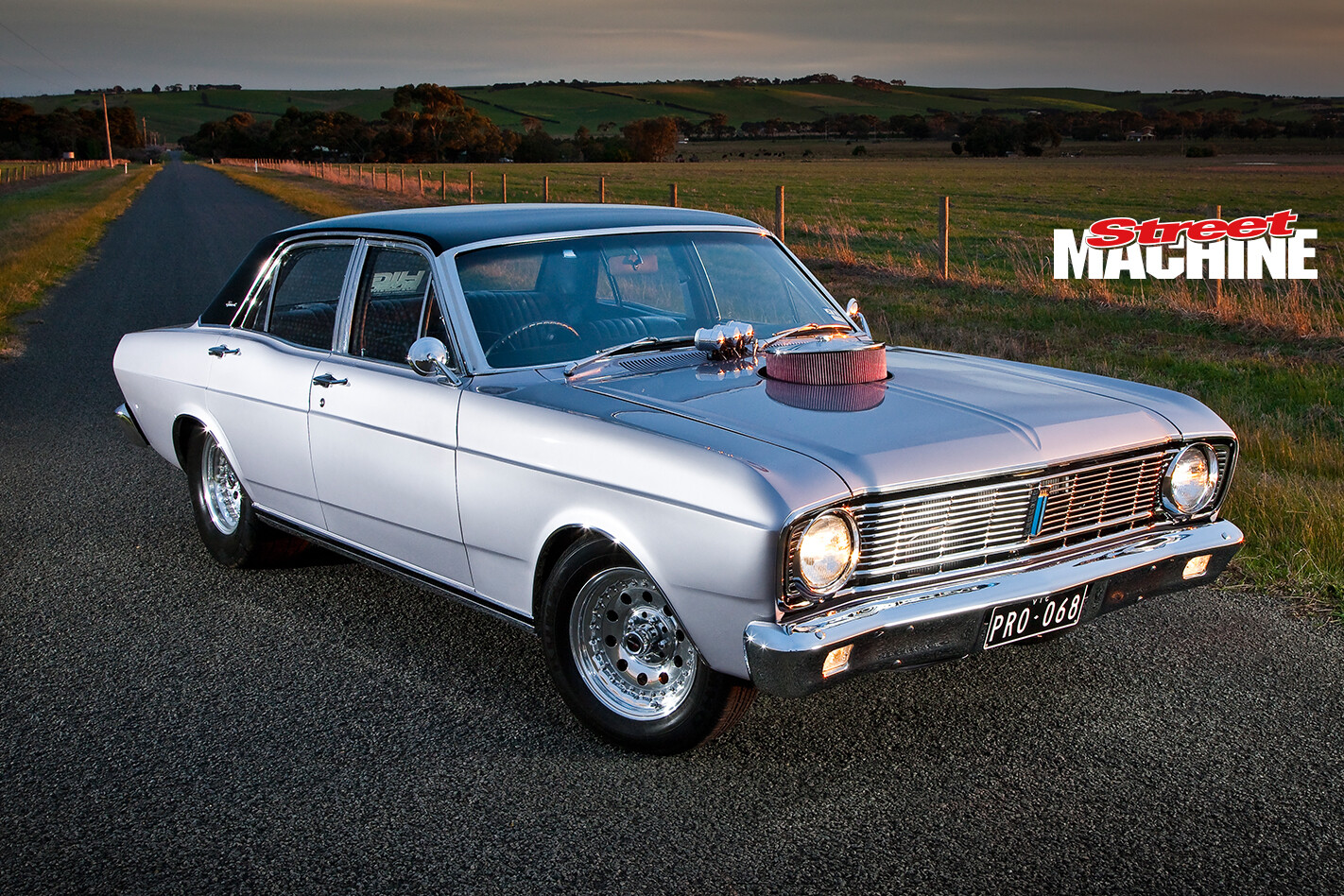 After four years in the build, Mars has enjoyed clocking up plenty of street miles and is keen to get back out onto the strip. “It ran an 11.3sec at its first Heathcoate outing and felt like it was struggling. It turned out that the handbrake was stuck on! That’s a pretty good effort considering I couldn’t even push it in neutral.” Now Mars is itching to sink his teeth into another project. “I do a fair bit of work for mates, but I’ve also got an XW ute shell here that I’ll turn into something decent. I’m not 100 per cent sure on which way I’ll go, but it’ll no doubt incorporate plenty of custom touches.”