Clay Barker's Pro Touring HQ drives like a new car, but with an 820hp punch

WITH governments busily trying to legislate our sport out of existence and police targeting well-intentioned enthusiasts and sanctioned events with military precision, it’s easy to focus on the negatives and gloss over the fact that a golden age of street machining is upon us. 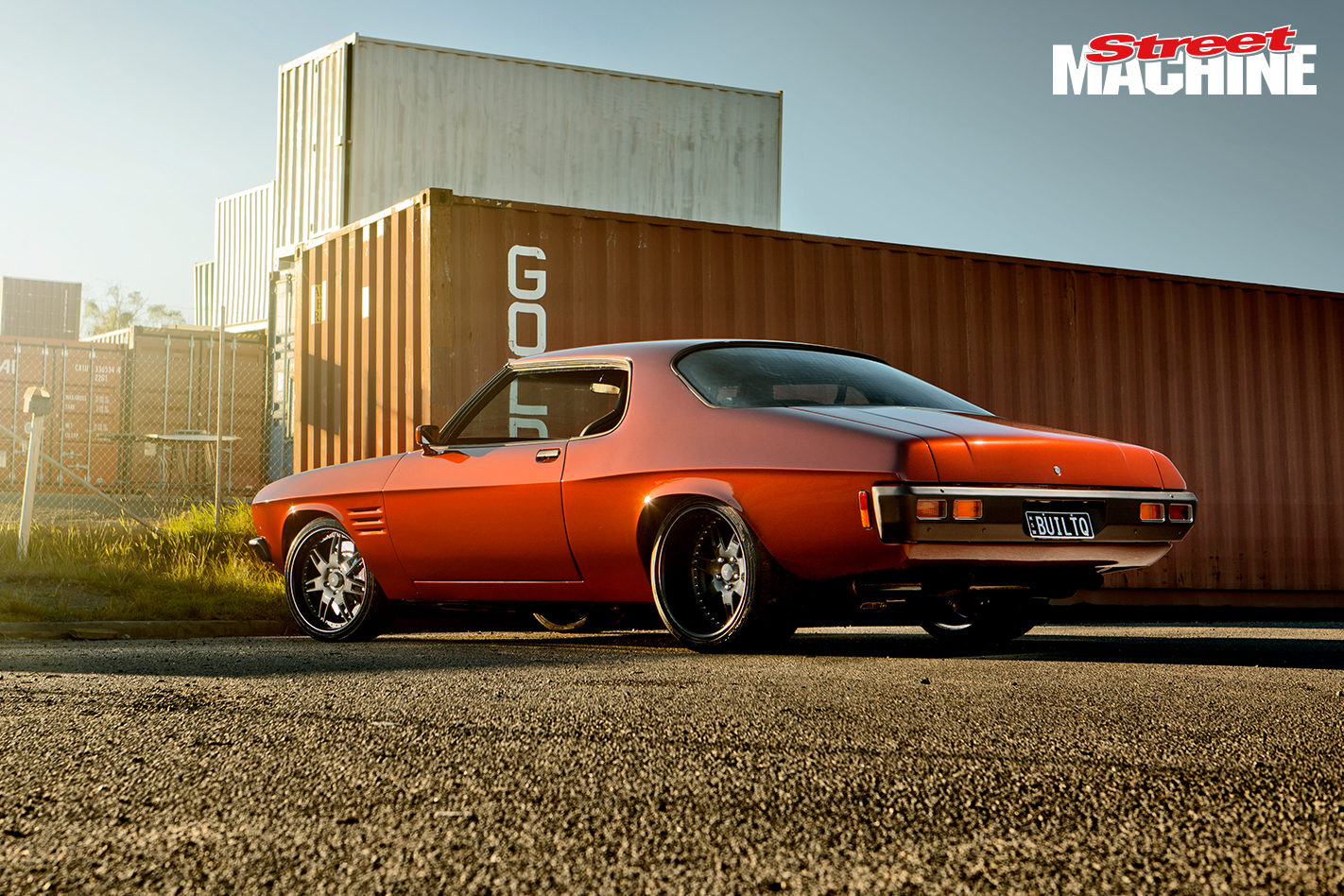 Clay Barker’s ball-tearing HQ GTS Monaro, BUILTQ, is proof. Drawing inspiration from the heavy-hitters of the US pro touring scene, Clay has partnered with some of the greatest minds of the Aussie aftermarket to create a car that looks like an HQ coupe, drives like a VE GTS, spits out a willing 820hp and boasts clockwork reliability. That we as street machiners have the technology at our disposal to build such a car is worth celebrating.

Importantly, BUILTQ isn’t sporting lashings of unobtainable, one-off custom parts. On the contrary, Clay’s strategy was to use as much off-the-shelf componentry as he could, and in doing so, showcase the wealth of high-performance hardware available to modern Australian car crafters. 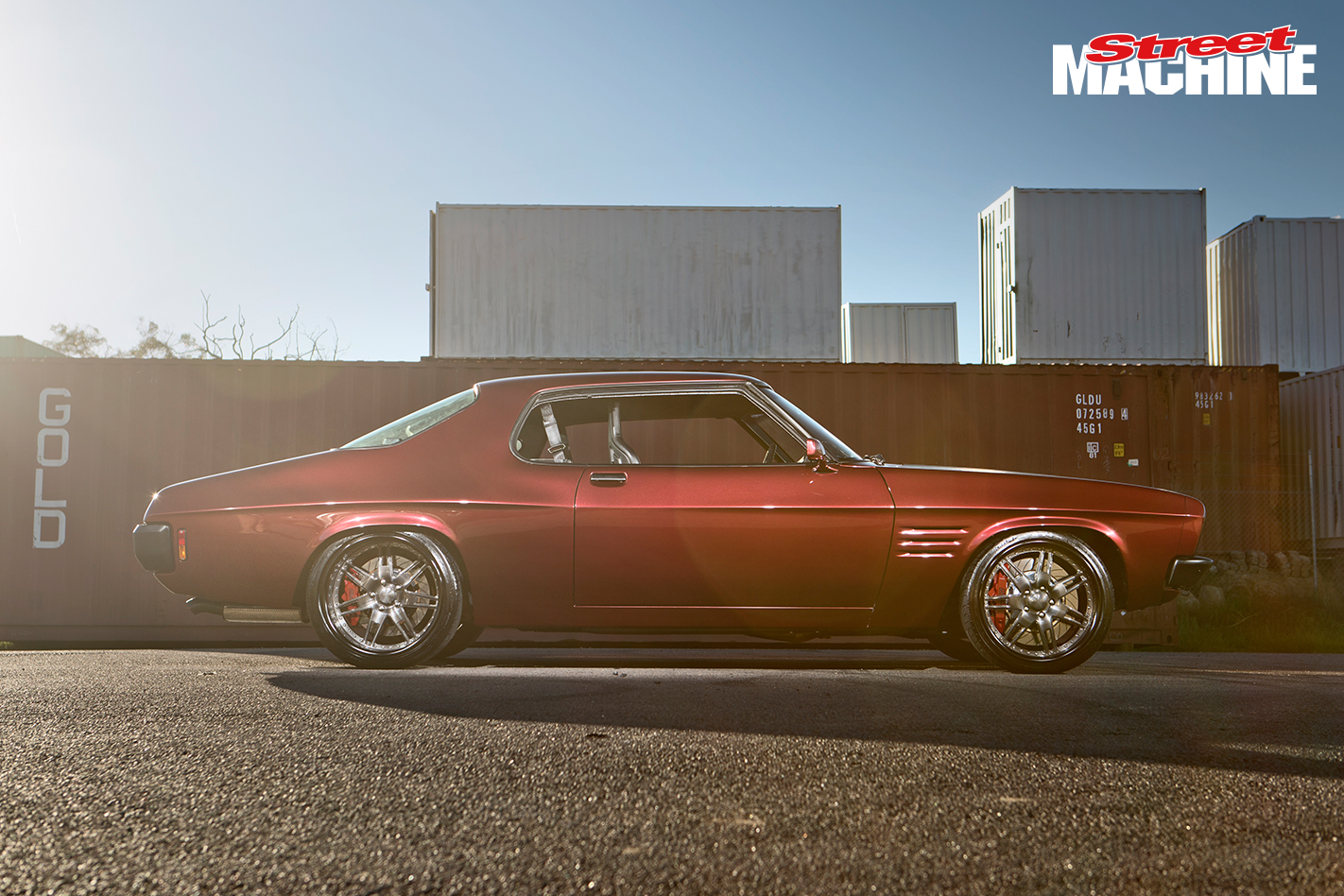 Clay originally bought the car around twelve years ago for $4000! HQs aren't like they used to be

“In the States you can build a whole car by picking components out of a catalogue, and I wanted to illustrate that you can do the same thing in a fairly straightforward manner with an Australian muscle car as well,” Clay said. “It was a way of simplifying the project, but it meant doing two years of research to get all the right vendors and components organised.”

Clay forked out $4000 for the car 12 years ago, back when it was green with a 308 and four-speed. The initial build took four years to complete and saw it painted and restored by Lakeview Smash Repairs, fitted with a custom tan leather trim and re-powered with an injected five-litre from a VS HSV. Clay enjoyed driving the car in that guise for a couple of years before deciding to pull it down for a more serious resto. 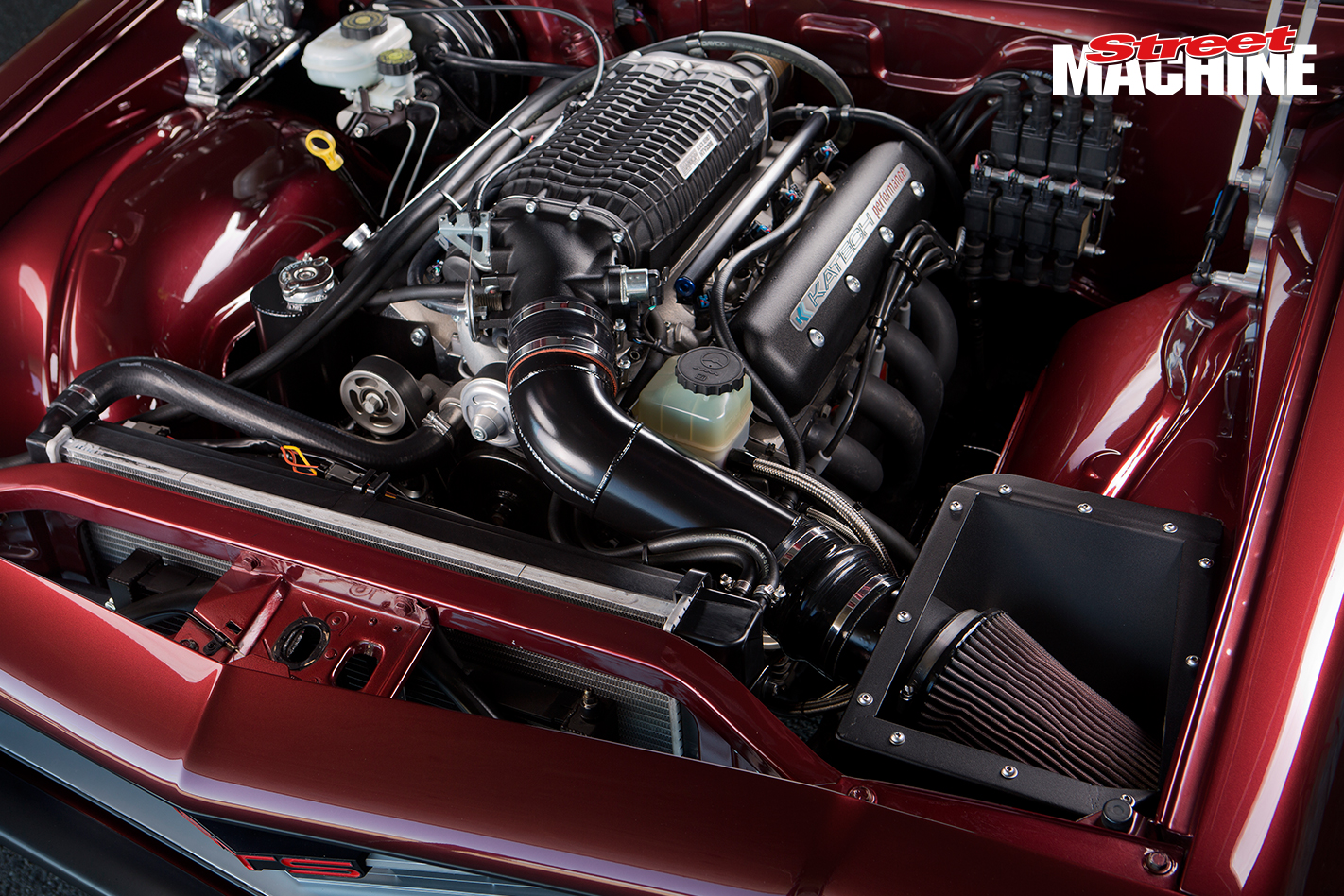 “It was a really neat drive car, but I wanted it to become show-car quality. That’s when I decided to really tackle the pro touring concept and purchased the LSX from the US.” Said LSX was sourced through Mast Motorsports, and, featuring a Callies crank and rods, Mahle forged pistons, 9.5:1 compression ratio and a hydraulic-roller blower cam, it was built with the rigours of forced induction in mind.

The body was returned to Lakeview Smash Repairs who took the car back to the metal, pumped the rear guards, shaved the door locks and laid on the superb Indianapolis Red Glasurit duco, a brilliantly understated hue that suits the Quey’s lines and the pro touring theme down to the ground. 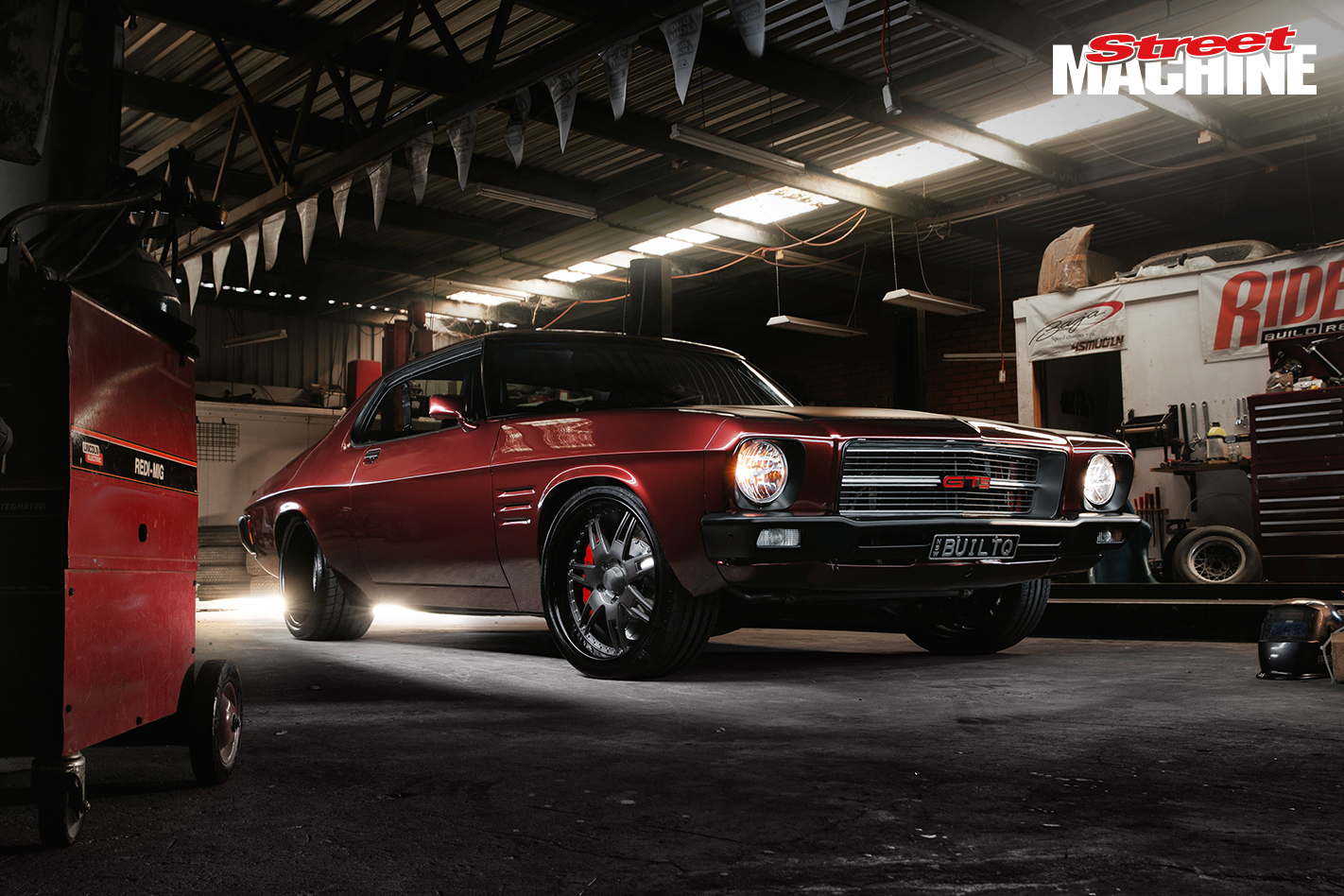 It was tricky widening the tubs after the paint, interior and bodywork had already been done

The Monaro was then shipped off to the car-crafting gurus at The Chop Shop, who carefully tackled the fab work without harming the freshly applied paint. “We did things a little bit back-to-front in that regard, but if you get the right people involved, you get the right results,” Clay said of The Chop Shop’s acclaimed handiwork.

The boys widened the tubs by four inches to make room for the 19x11 Rushforth Whiplash wheels and 315/35/19 Michelin Pilot Super Sport hoops, and fitted an enlarged trans tunnel in order to accommodate the six-cog Tremec TR6060 manual gearbox. In went a custom fuel cell, and the rear end was fabbed up – an adjustable four-link set-up with Strange coil-overs suspending a Di Filippo sheet-metal nine-inch housing, Eaton Truetrac, full-floating hubs and 31-spline billet axles. The housing and rear-end components were powdercoated by Oxytech. 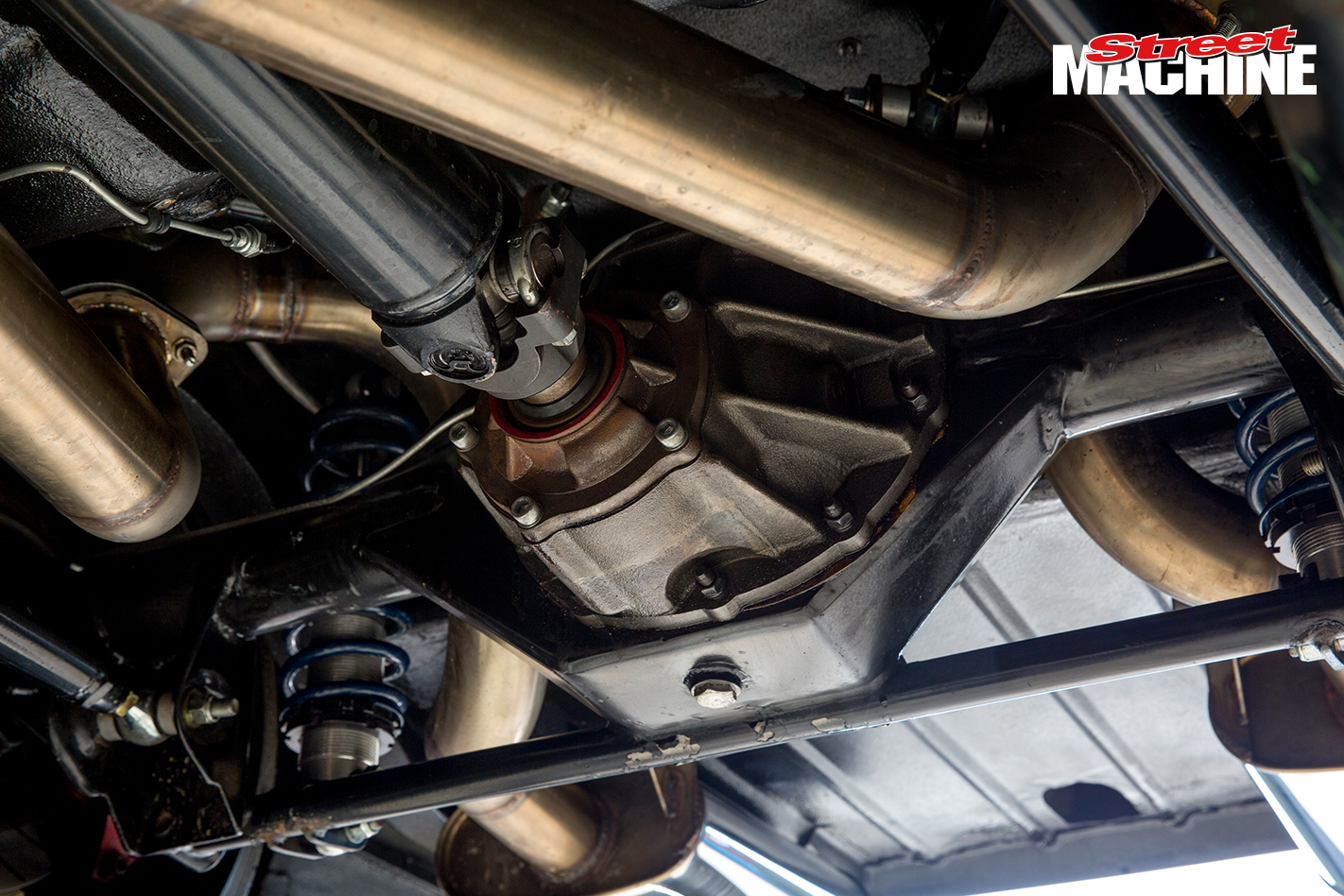 Prior to his tragic death in July this year, The Chop Shop’s Laurie Starling outlined some of the build’s difficulties. “The most challenging aspect of the job was doing the work without damaging what was already there,” he said. “We masked the entire car and built an igloo inside it to protect the glass and the hoodlining, then we removed the boot floor to do the rear suspension. The new tunnel runs from the firewall to the diff to get it nice and low, and we unpicked the original tubs and moved them in to the rail, then TIG-welded a strip in. They came up great; they’ve still got that factory look.”

The engine and gearbox were also fitted at The Chop Shop, but not before they were respectively adorned with an intercooled Harrop HTV2300 blower and Katech Performance ZR1 Corvette clutch. Other Harrop hardware includes the short shifter and monstrous anchors – 356mm discs with four-piston calipers on the rear and huge 386mm discs with six-piston calipers on the pointy end, which only just sneak inside the 19-inch wheels. 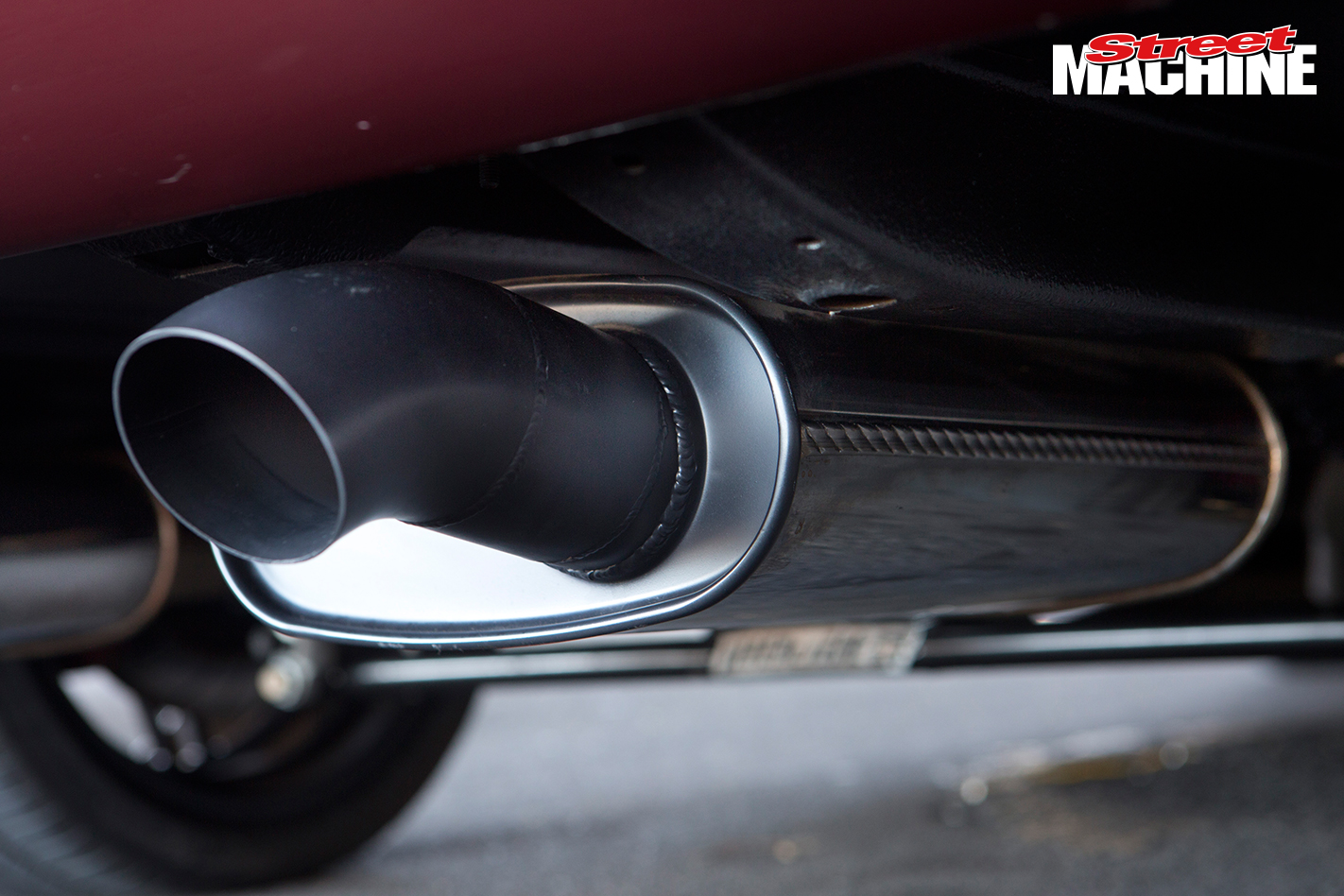 The electrical side of the conversion was handled by Ultimate Conversion Wiring, while a set of off-the-shelf Di Filippo four-into-one headers to suit LS-into-HQ works an absolute treat. The remainder of the exhaust system was built in stainless steel by Castle Hill Exhaust – a twin three-inch arrangement with no less than 52 TIG-welded joints.

The interior was done in black Alcantara and leather by Sydney Motor Trimmers, based around Recaro Cross Speed front seats and a modified HQ rear bench. The cabin is beautifully insulated from sound, heat and water thanks to Dynamat underlay and DynaDeck, an insulated carpet replacement. The clean, utilitarian cockpit layout and styling is the very essence of pro touring. 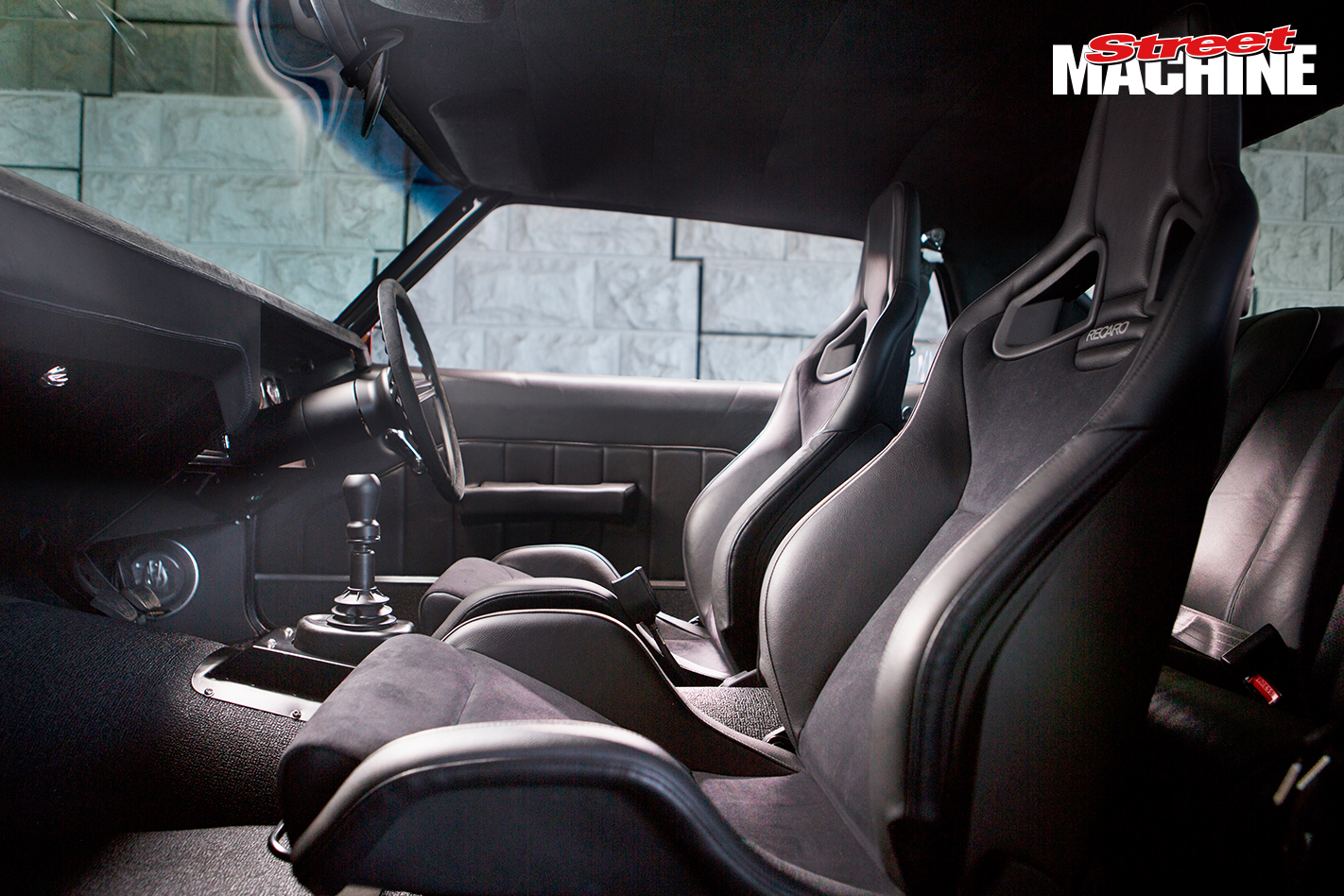 “To me, a genuine pro tourer is a car with massive power that you can drive every day and can turn, stop and handle,” Clay said. “It should be able to do everything that a modern car can do, but look better doing it.”

With almost every component for the build turning up in a box ready for fitment, Clay happily emphasised that BUILTQ could serve as a template for other pro touring builds. “Anyone could follow this build using the same partners and the same parts I have, and build the car I have built. It’s an exciting time for our sport because the technology is available to take a muscle car and transform it into something that truly is a supercar in every context.” 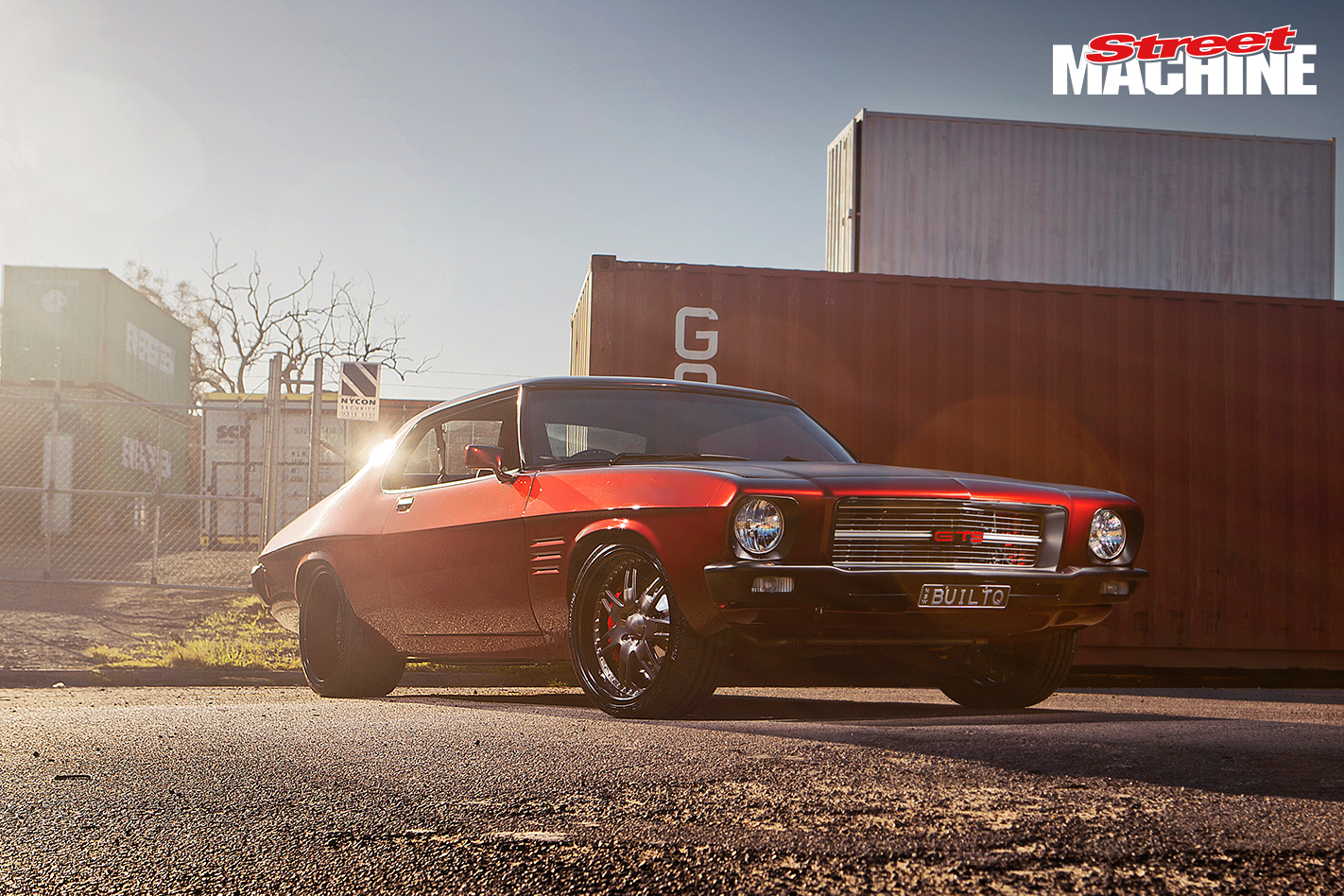 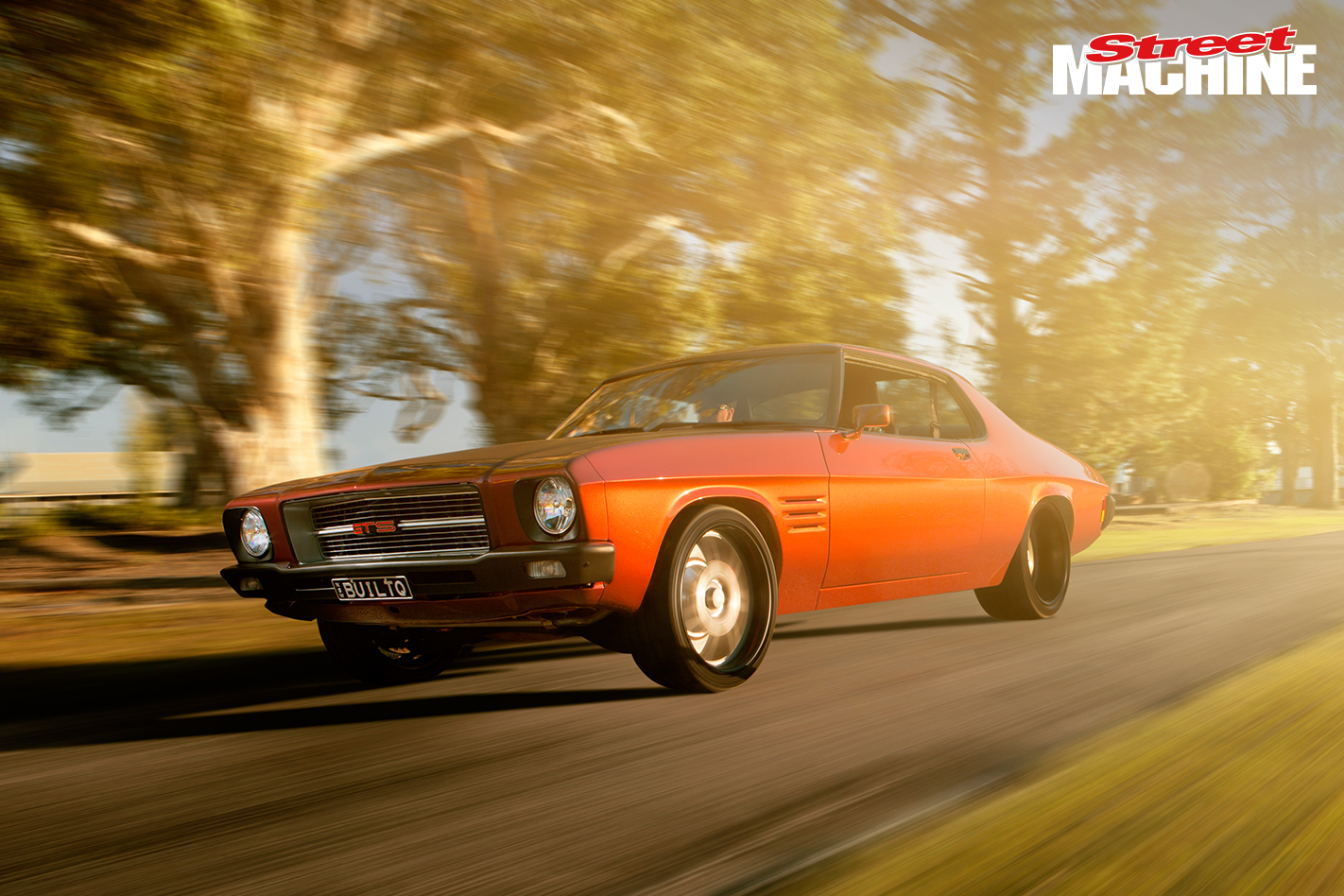 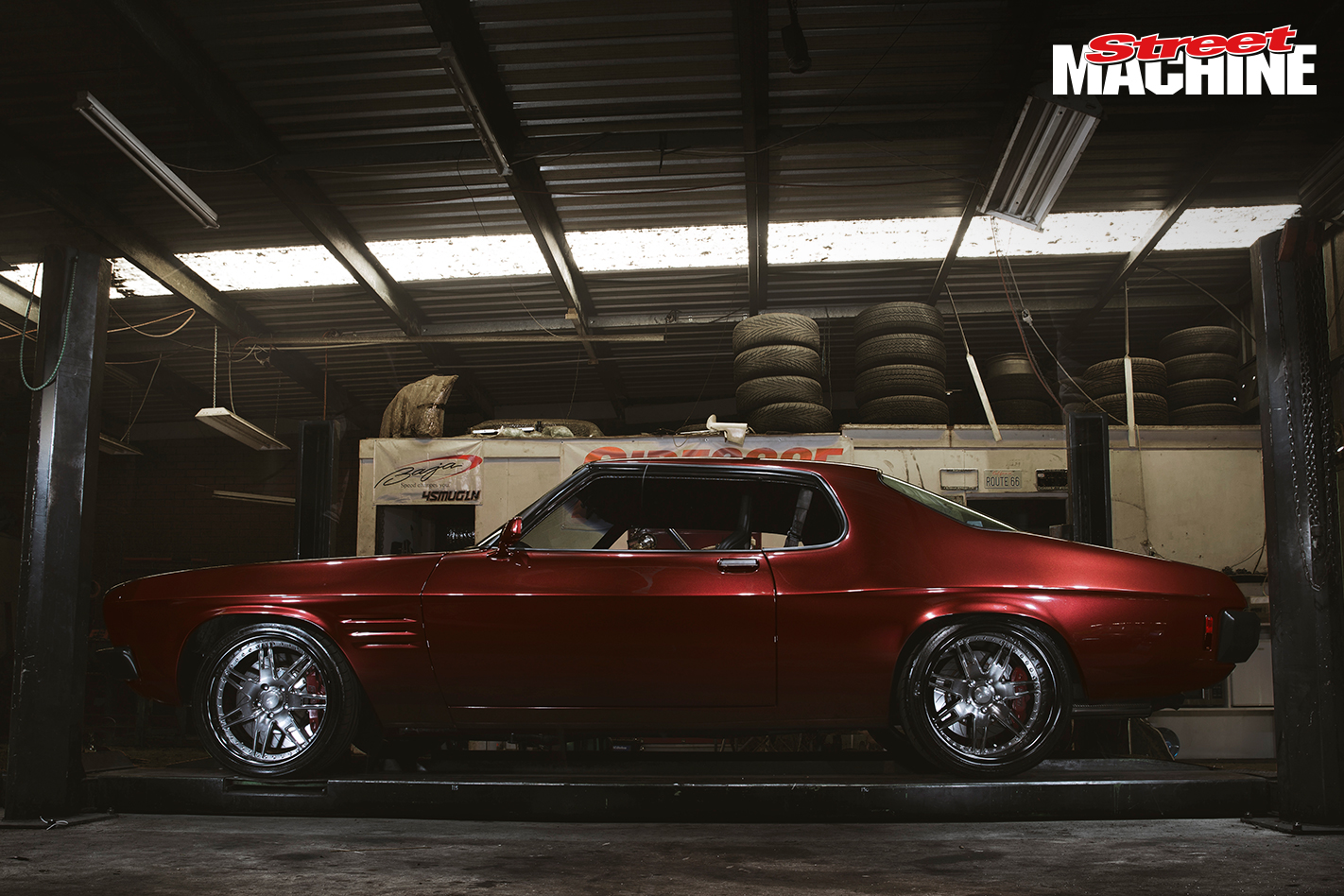 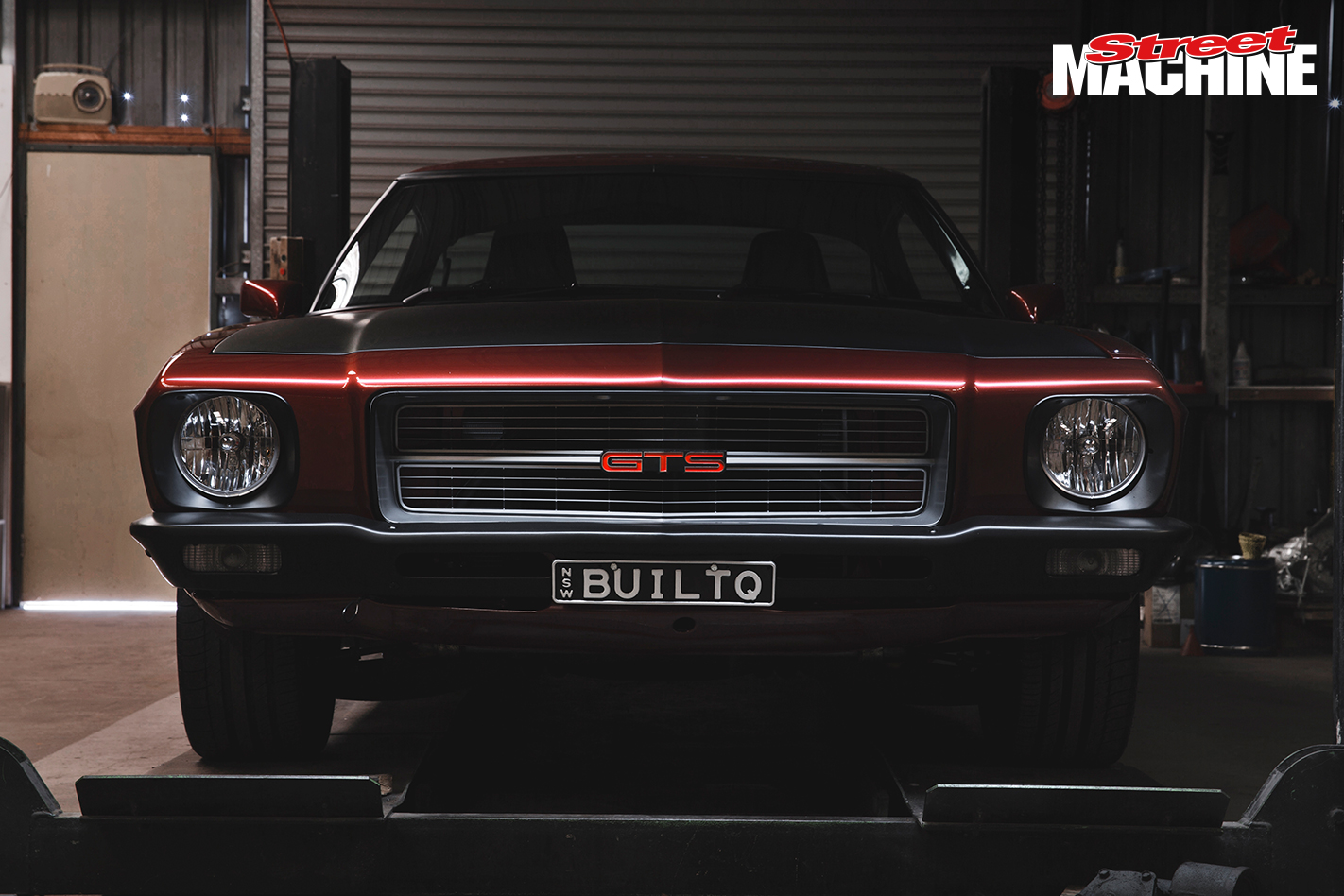 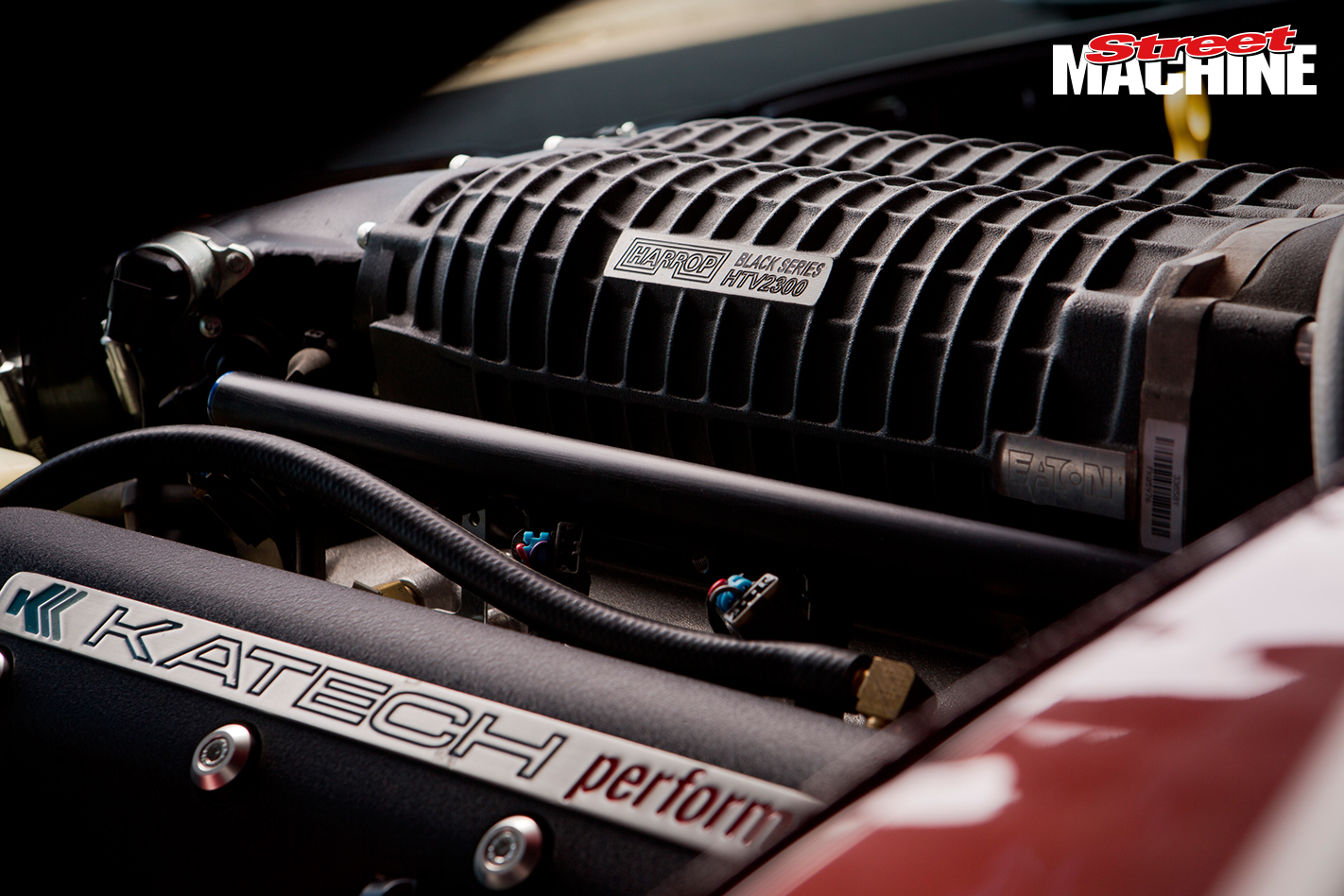 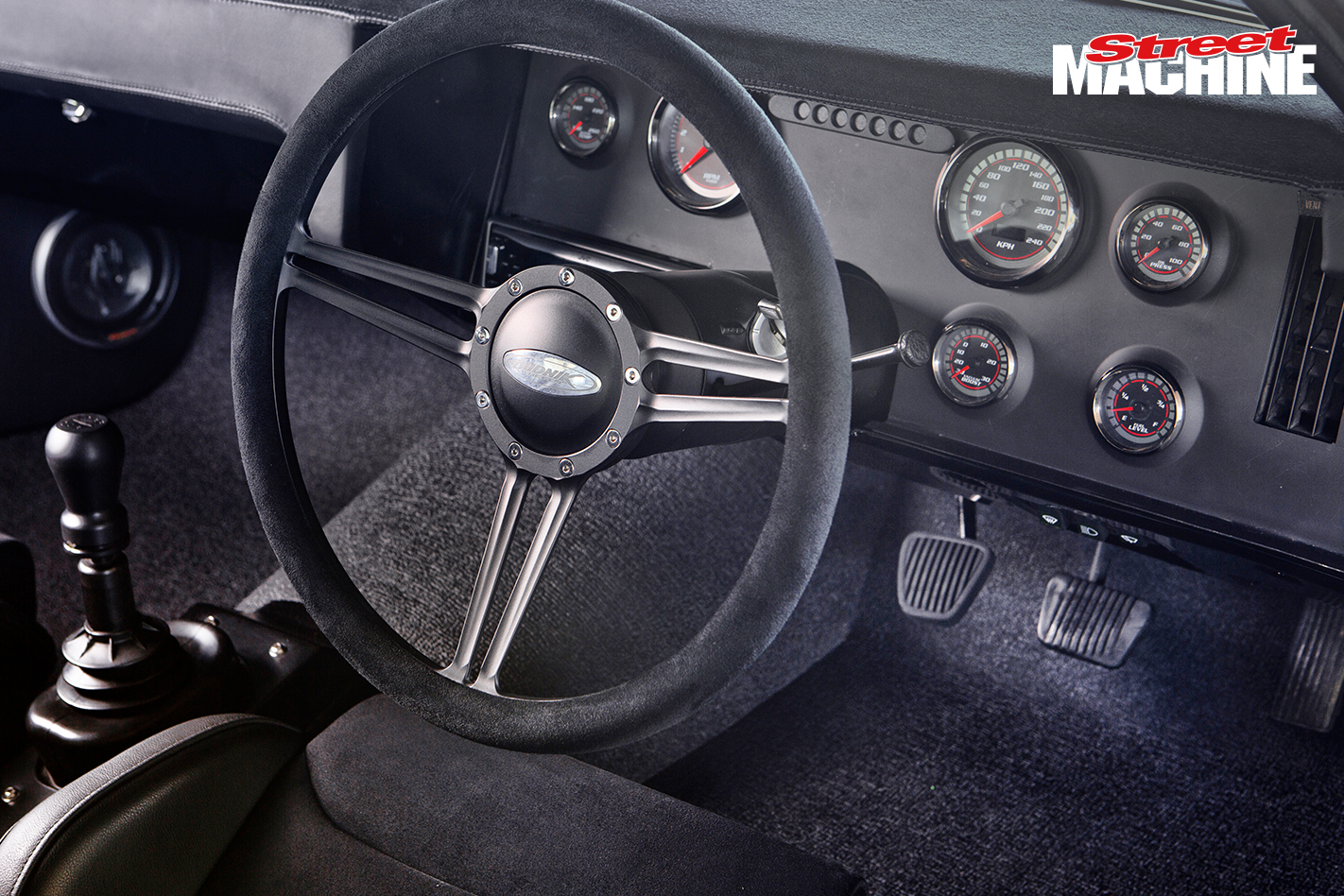 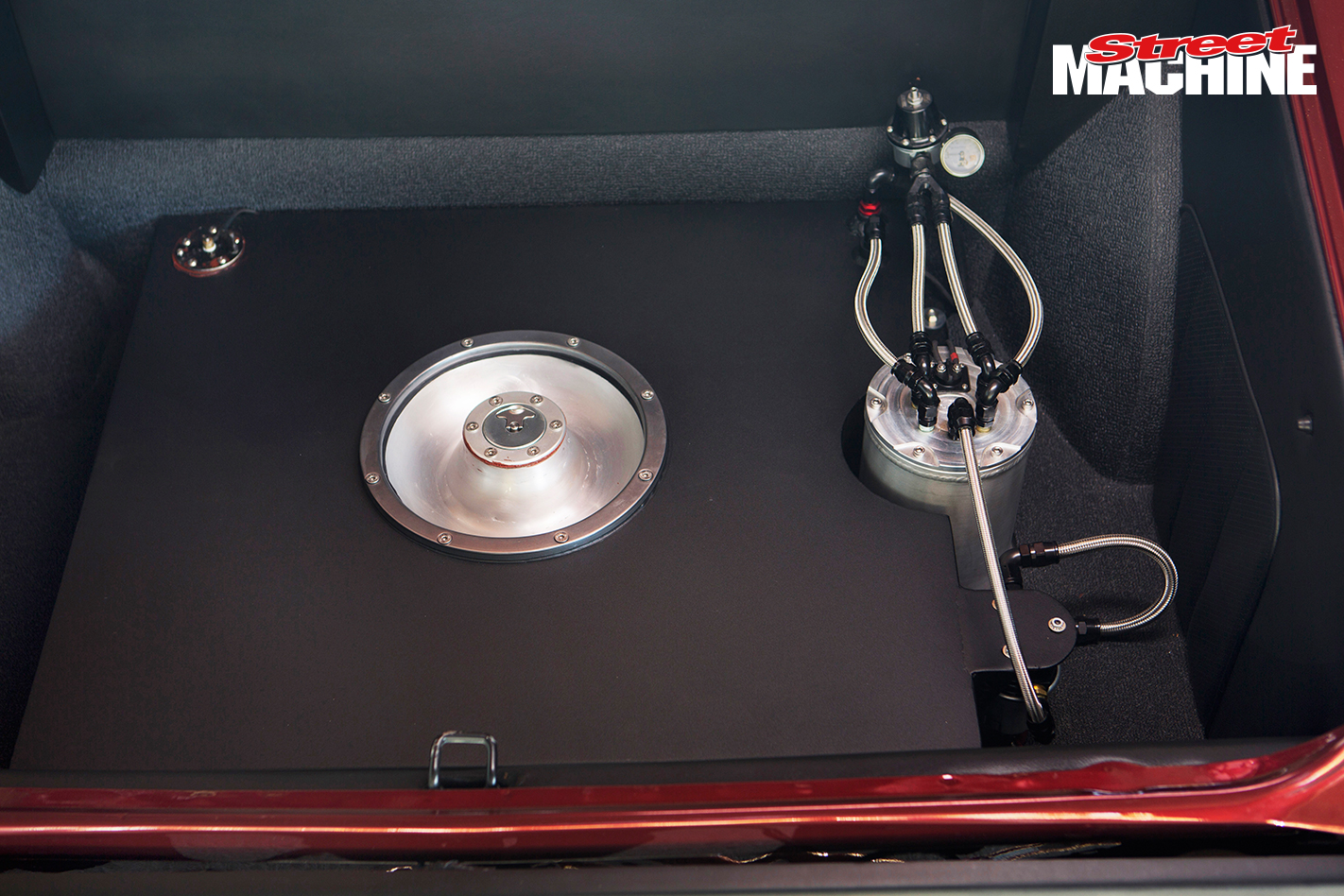