Through his company, Vehicle Effects, Dennis McCarthy has one of the sweetest jobs going around. Directors and producers basically sling him a big sack full of money and tell him to go out and get the coolest cars for their movies.

If that perfect car doesn’t exist, he builds it. Dennis’ company is also responsible for maintaining those cars on shoots, no small feat in an action movie where countless cars can be crashed, thrashed and trashed in a single take.

We talked to Dennis shortly before the launch of the seventh film in The Fast and the Furious franchise.

How long have you been supplying cars to The Fast and the Furious franchise?

We go back to The Fast and the Furious 3: Tokyo Drift, so this is the fourth movie.

What’s your favourite car you’ve built for the upcoming Furious 7?

The off-road Dodge Charger we built that Dom (Vin Diesel) uses in the second half of the movie. That’s probably my all-time favourite build from all the movies as it’s the most capable car we’ve ever built.

As a car guy, you must love the fact these cars actually drive?

Yes, that’s one reason I love this film series; everything you see on those cars is actually happening. We have a bit of enhancement of the sequences, but all the stunts and crashes really happen and that gives it another dimension. CGI is cool but it takes away from the movie when you know it’s all just done on a computer.

Do you take the cars out and beat on them to make sure they’ll last through the stunts?

Absolutely we test them! We take them to the race tracks and thrash them around. It’s one of the best parts of my job.

You’ve included a couple of street machine superstars in the next movie. Can you tell us anything about them?

Oh yes! Having the George Poteet Torino was amazing; that’s an $800,000 show car and it was a real buzz to be able to use it. That 2000hp NRE “Maximus” Charger is also a seriously impressive vehicle. I saw it at the SEMA show partially finished and it just said Dom all over it. I knew it had to be in the movie; it’s one of those cars that’s perfect and there was a magnetic pull to it!

How do these cars go from SEMA hall to film screen?

I basically read every car magazine on the planet and I go to SEMA, and they are the same cars I see. Once I find the cars that fit the movie and the characters, I run them by the producer and director. They’re always cool with it because these are the coolest cars in the world.

The Fast and the Furious series has wrecked some eye-wateringly expensive cars. How do you do it?

Every replica car is a different situation, for different needs. With the F-Bomb Camaro from Fast 5 we started with a junker – these are rusty hacks you wouldn’t buy if you wanted a car to keep and build for yourself. With the Chargers we wreck we generally just patch them together so they run for the three-to-four minutes we need. We even make fibreglass guards, bonnets and the like. For the next Furious movie we’ll probably have to make a Charger from scratch as it’s just getting too hard to find rusted-out junkers.

How many people work for you?

It varies depending on the project, but it’s been up to 70 people. This involves guys building, painting and maintaining vehicles at multiple locations.

Do actors ever want to take the cars home at the end of filming?

Oh yeah, that happens on every movie! Most of the time, if the car survives the storyline, at least one of the actors connects with the car and ends up with it. I think, after every movie, at least three or four cars end up with actors.

What was the hardest movie you’ve worked on?

For Fast & Furious 6 we worked in the Canary Islands and there were no resources; we couldn’t even get spare parts like Bondo! We’ve had situations where we’ve shipped cars from the USA to Europe overnight to keep the shooting schedule on track. We literally called up a plane, told them to pick the car up and get it to us within two days; the cost of flying a car is nothing compared to being down a couple of days shooting.

How did you find yourself doing this for a job?

It’s just one of those right-place right-time situations. I had a shop building cars and I did one for a producer on the movie Dragonfly. He loved it and I got hooked up from there. 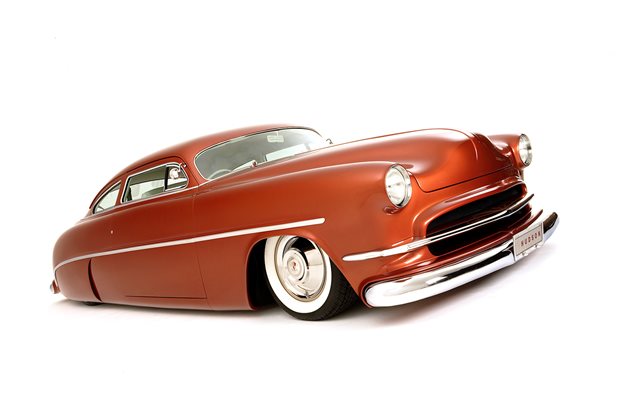 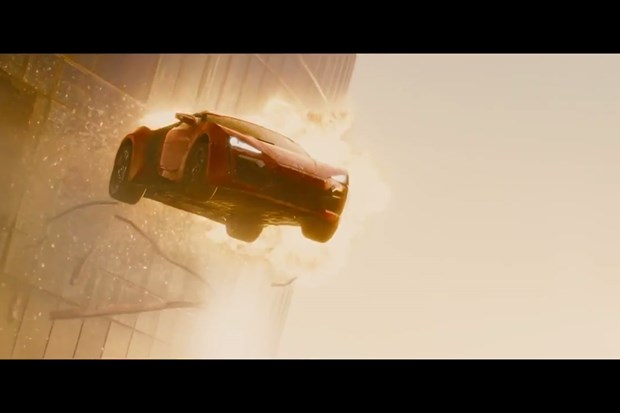 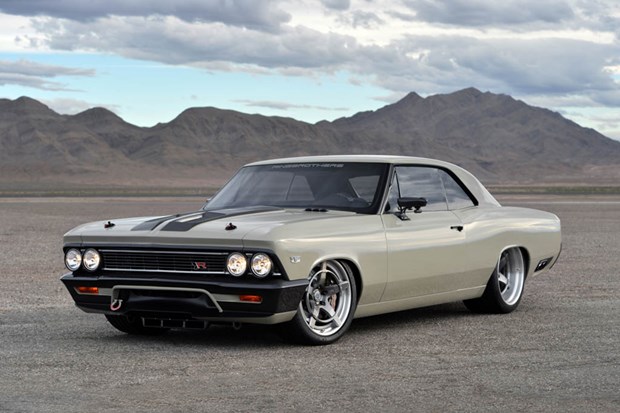 One of our top picks from SEMA 2014 is this ’66 Chevelle, built by Mike and Jim Ring of the Ringbrothers shop in Wisconsin 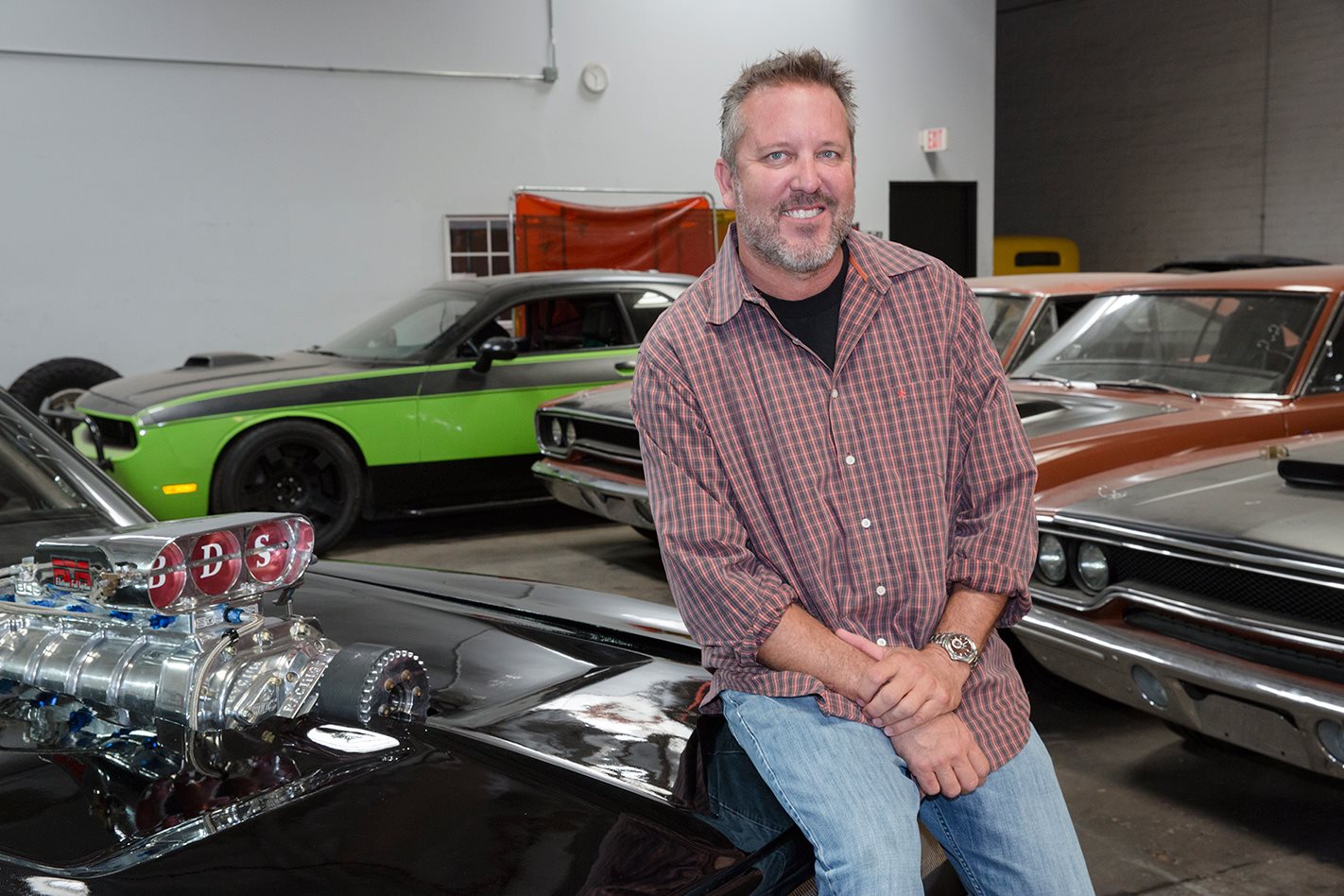 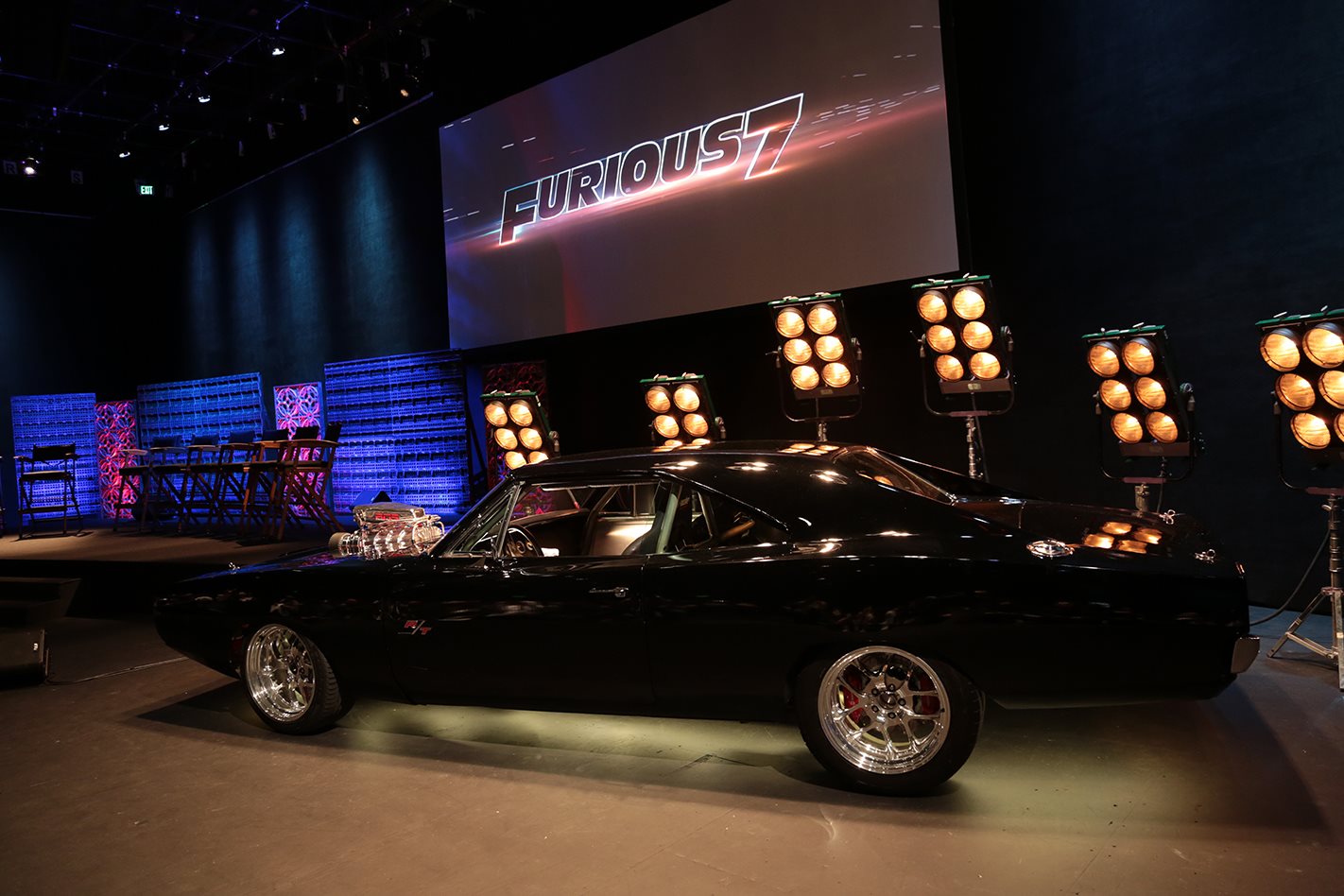 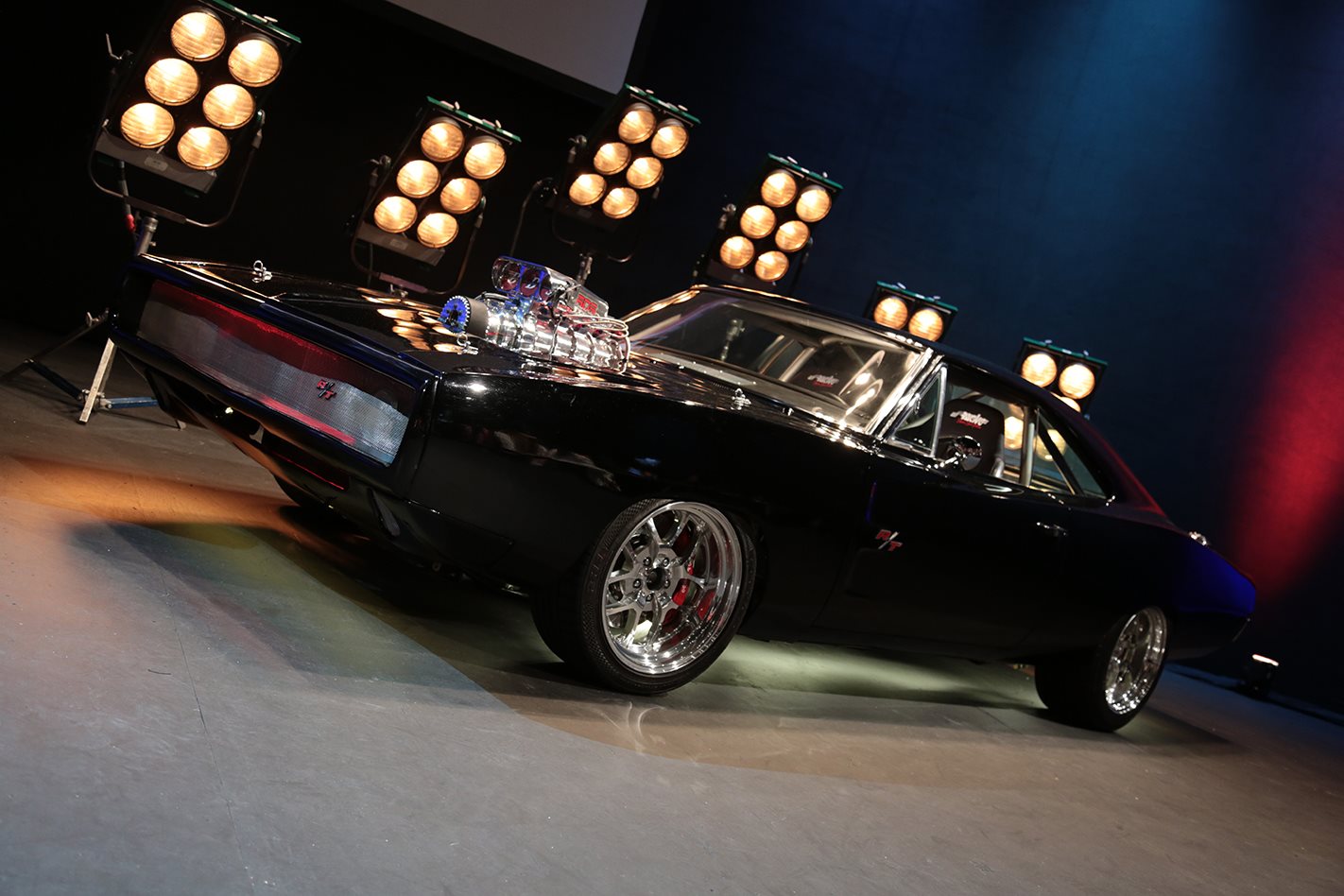 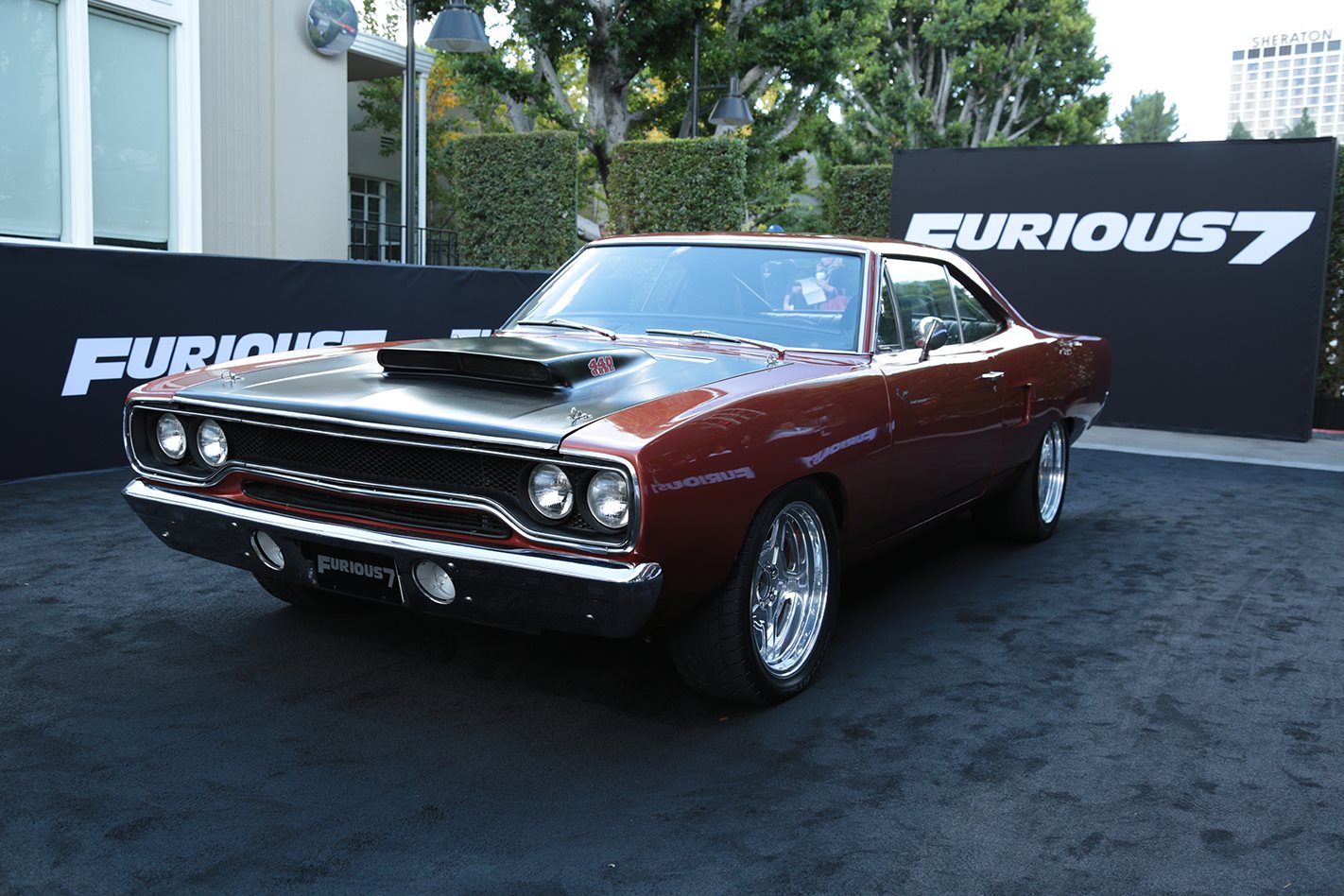 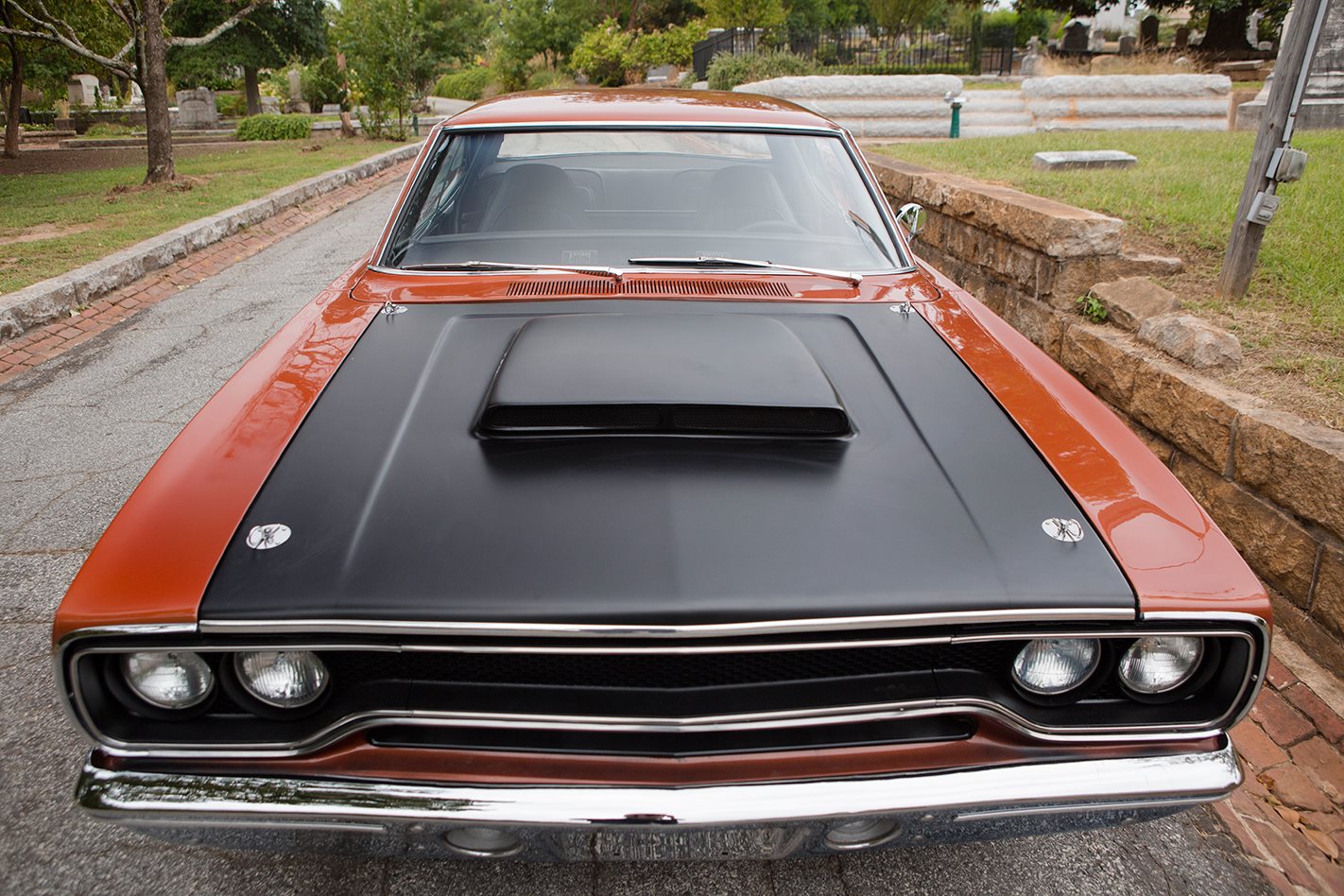 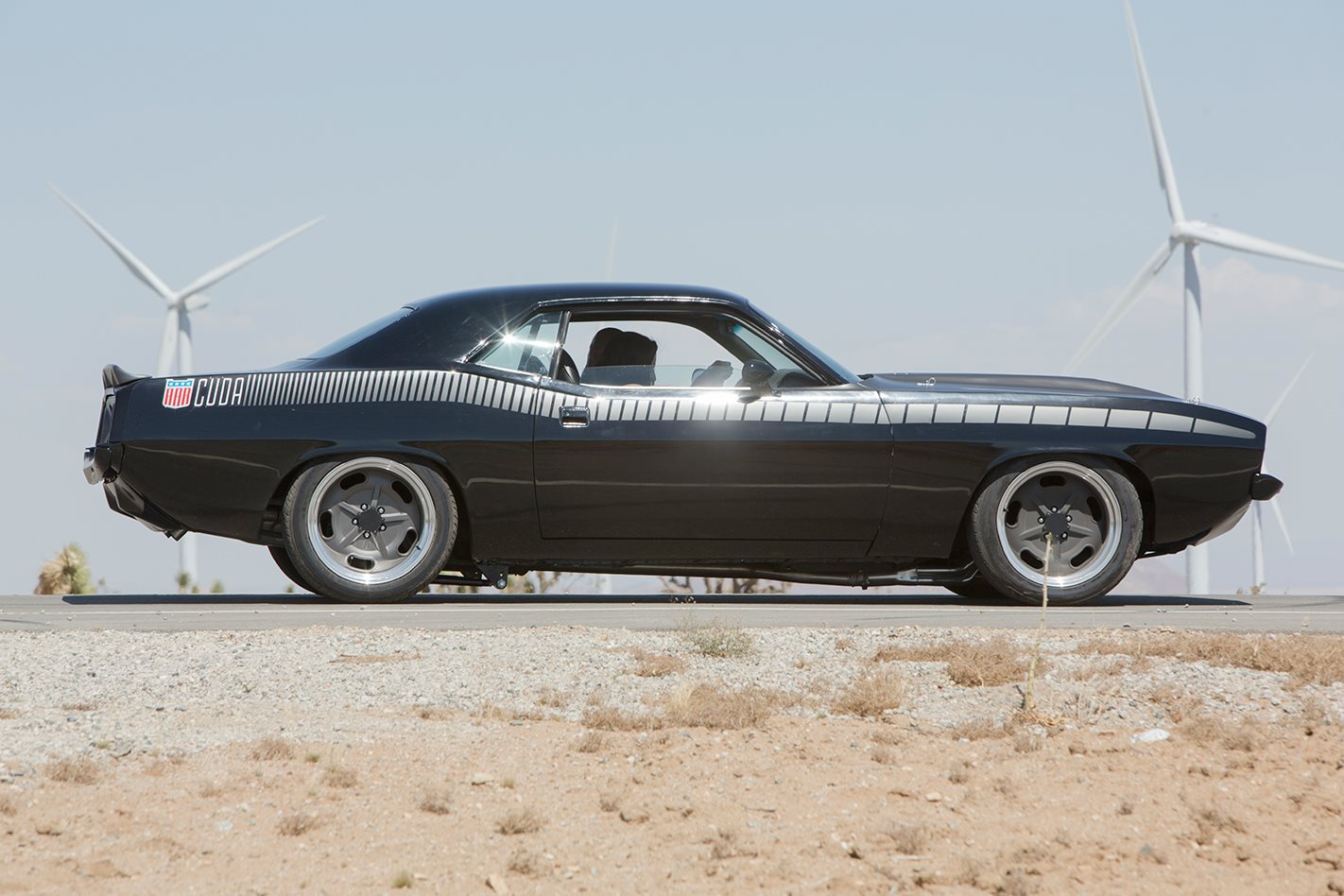 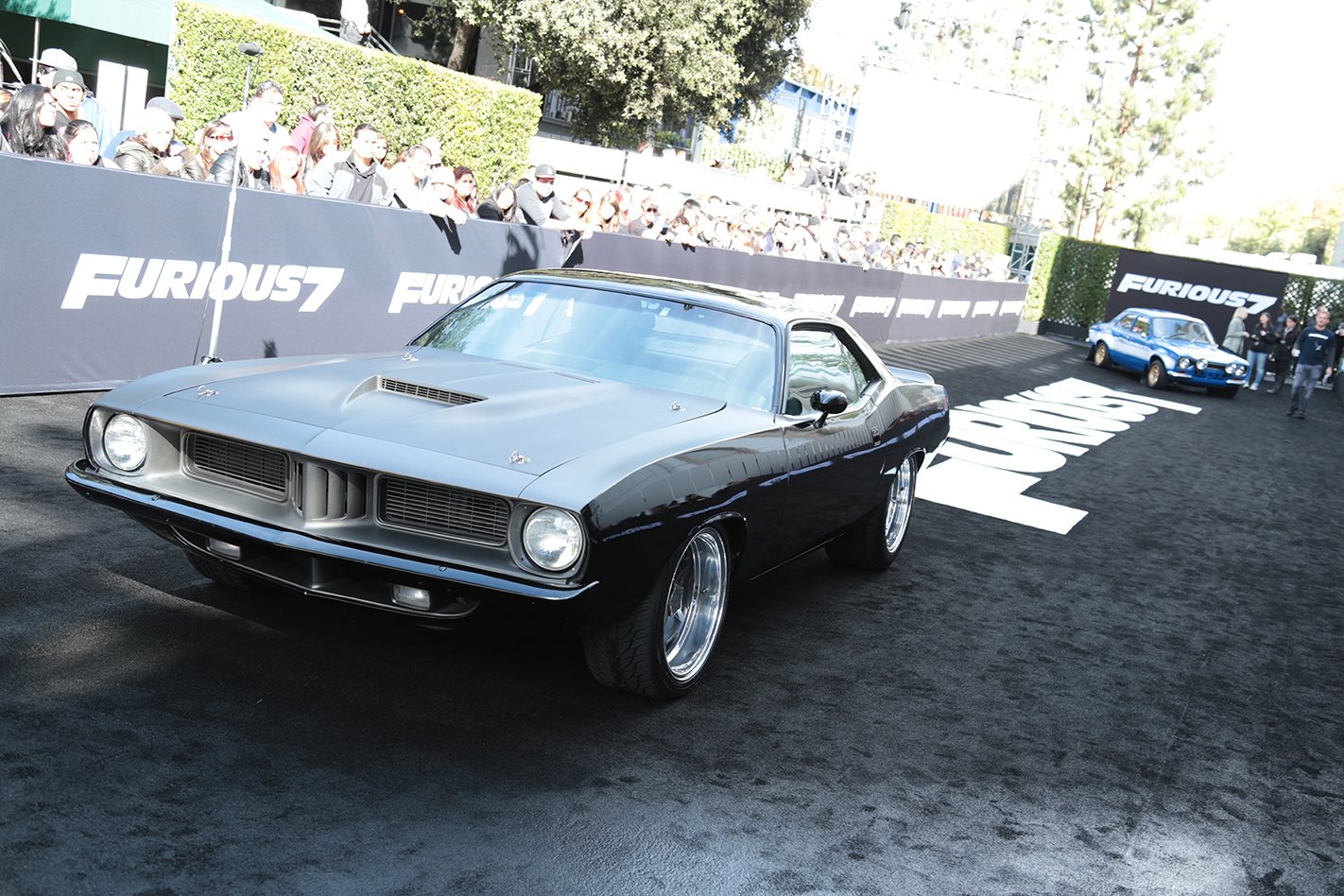 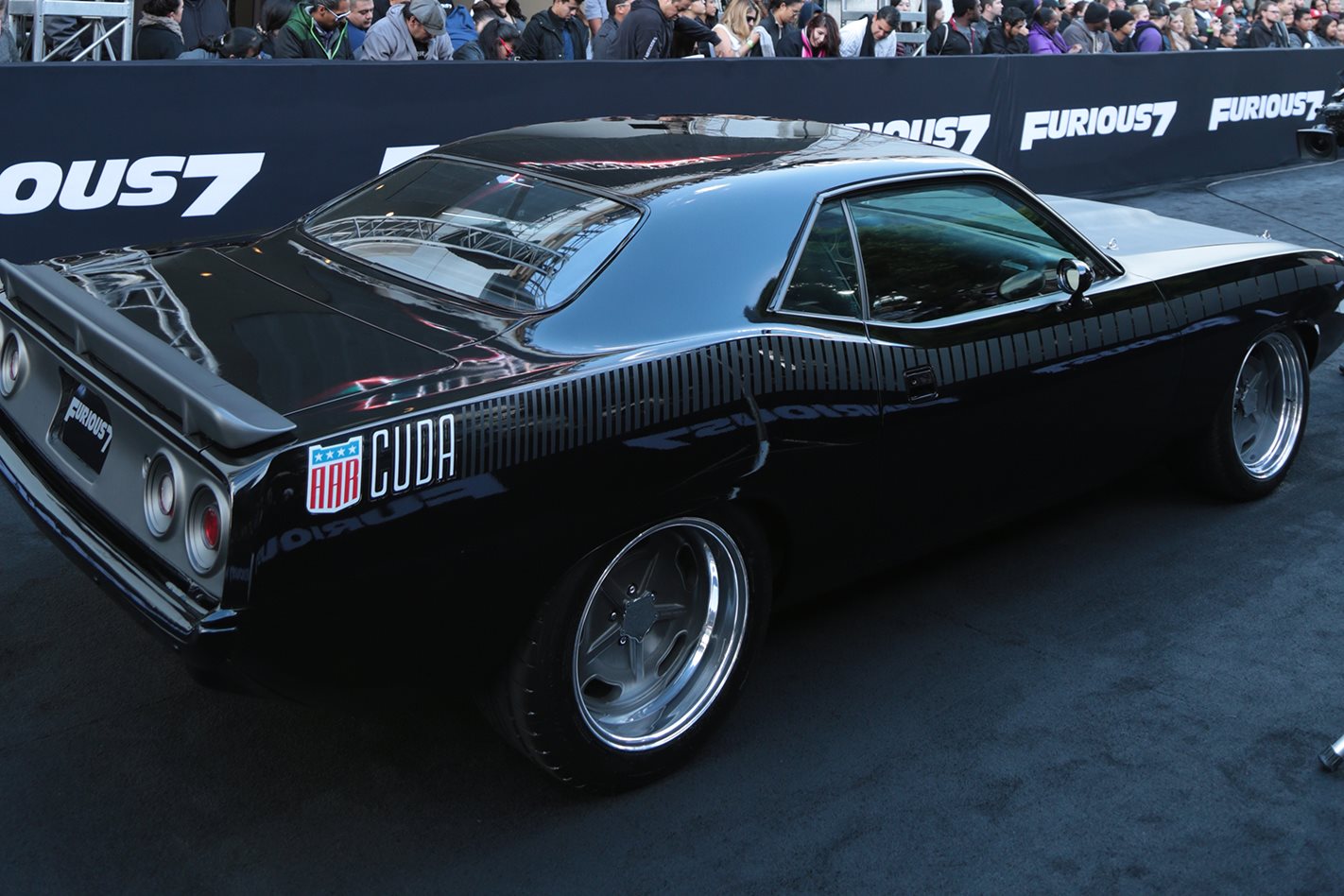 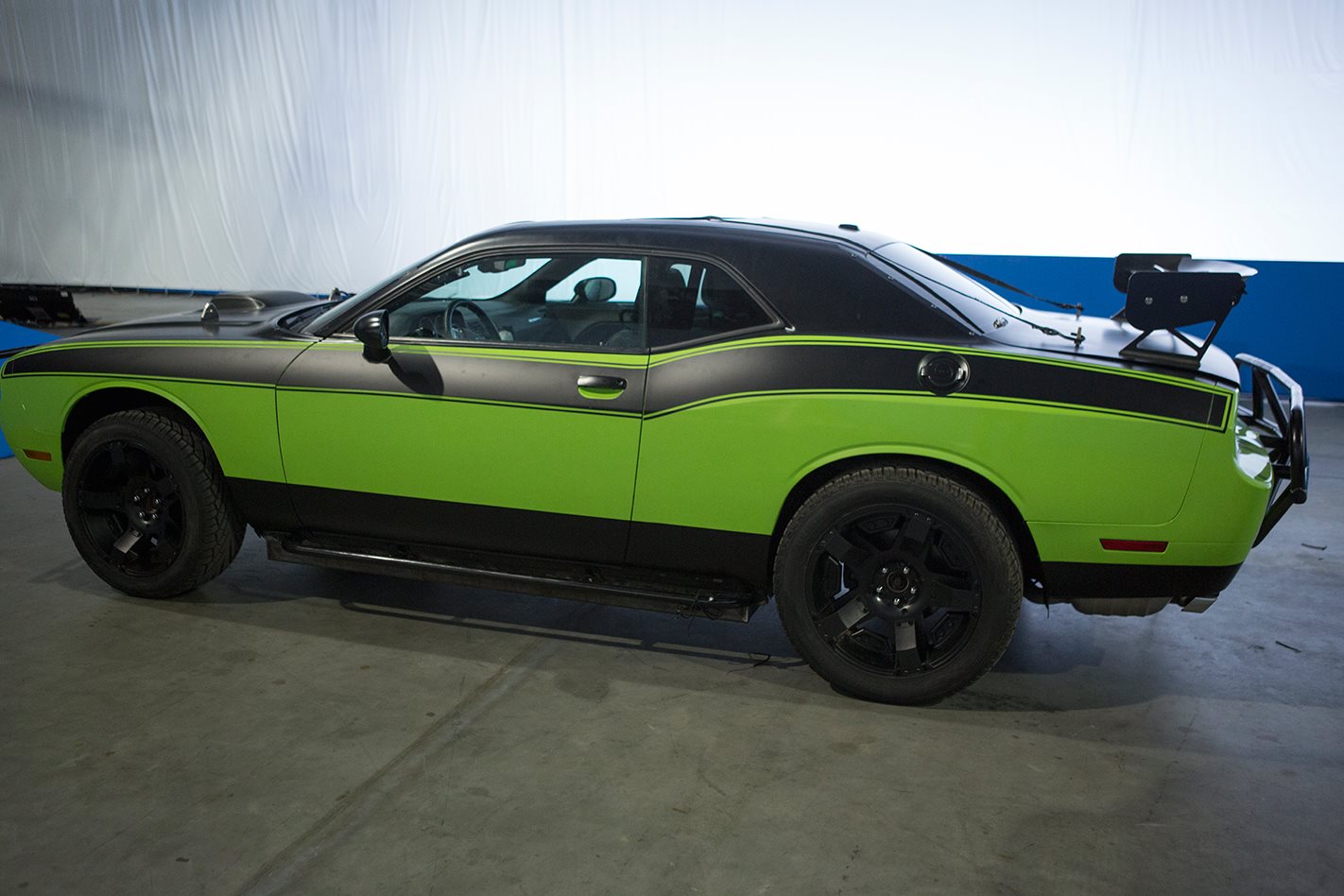 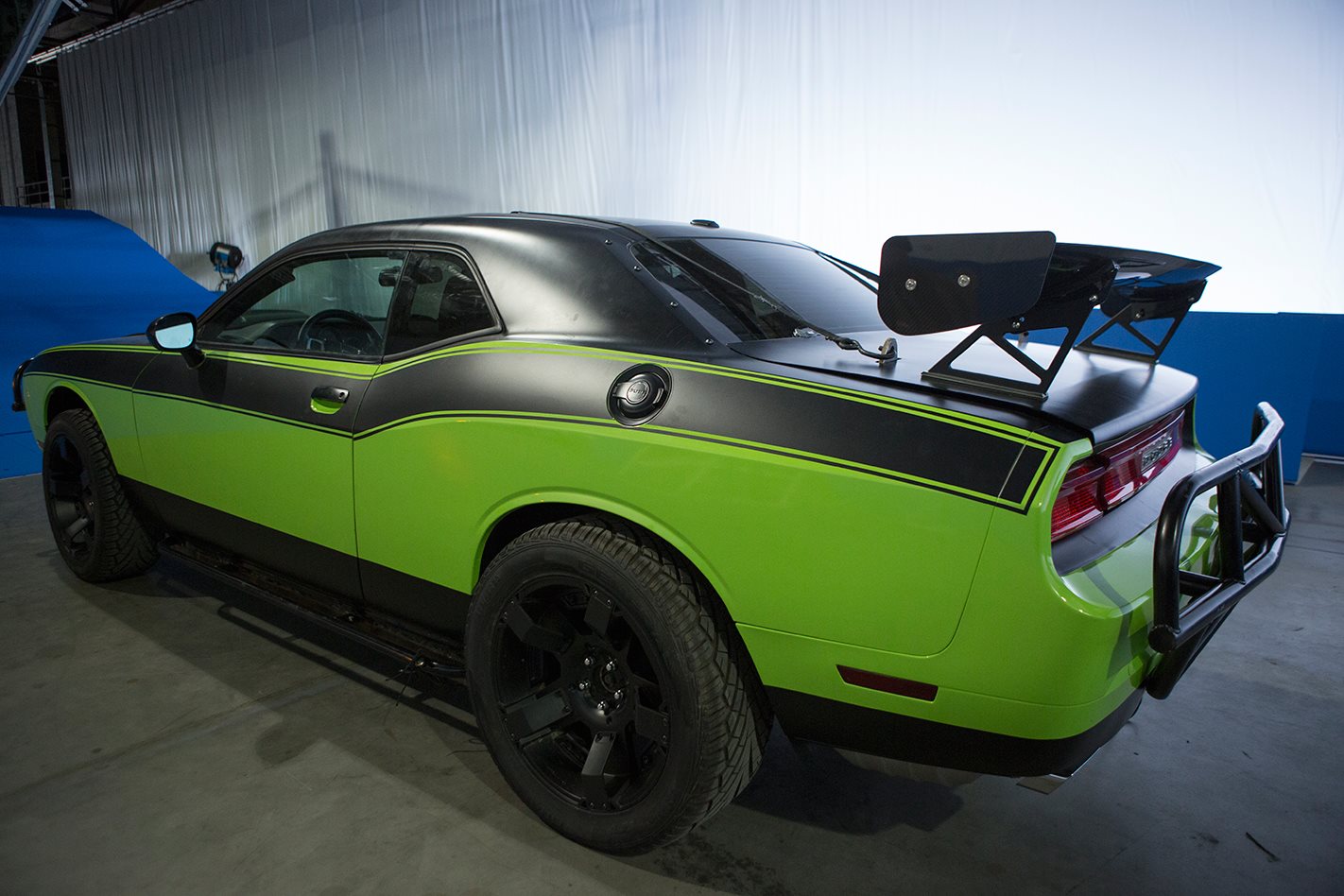