Let's rewind the clock to 2006, to the day we spent at Calder Park Thunderdome with Peter Brock and his Holden 48-215.

The humpy was about to be loaded onto a cargo ship and sent to Goodwood to show the Poms a thing or two. The outing to Calder was Brocky's first shakedown in the car, but it was far from a gentle cruise as you'll read in the original story from the August 2006 issue of Street Machine:

WE COULD hear it before we could see it. Emerging into the light from the Calder Park Thunderdome entrance tunnel, our ears were assaulted by the unsilenced blare of a highly tuned six. It sounded like a BMW M3 or a Valiant Charger. As we cruised towards the pit lane, the source of the commotion blurred by on the ’Dome’s 24-degree banking.

Talk about incongruous! It wasn’t a Beemer but a strange, turquoise relic going hell-for-leather on the high banks. The roly-poly sedan looked like it had arrived straight from the 50s and been plonked, out of time and place, on Bob Jane’s super speedway. But the racing number said it all: 05.

It was Peter Brock, shaking down a 1953 Holden 48-215 — better known as an FX — before it was to be slung in a container and shipped to England for the Goodwood Revival historic race meeting in September. It was the first of three projected tests and, true to form, Brock wasn’t hanging about. 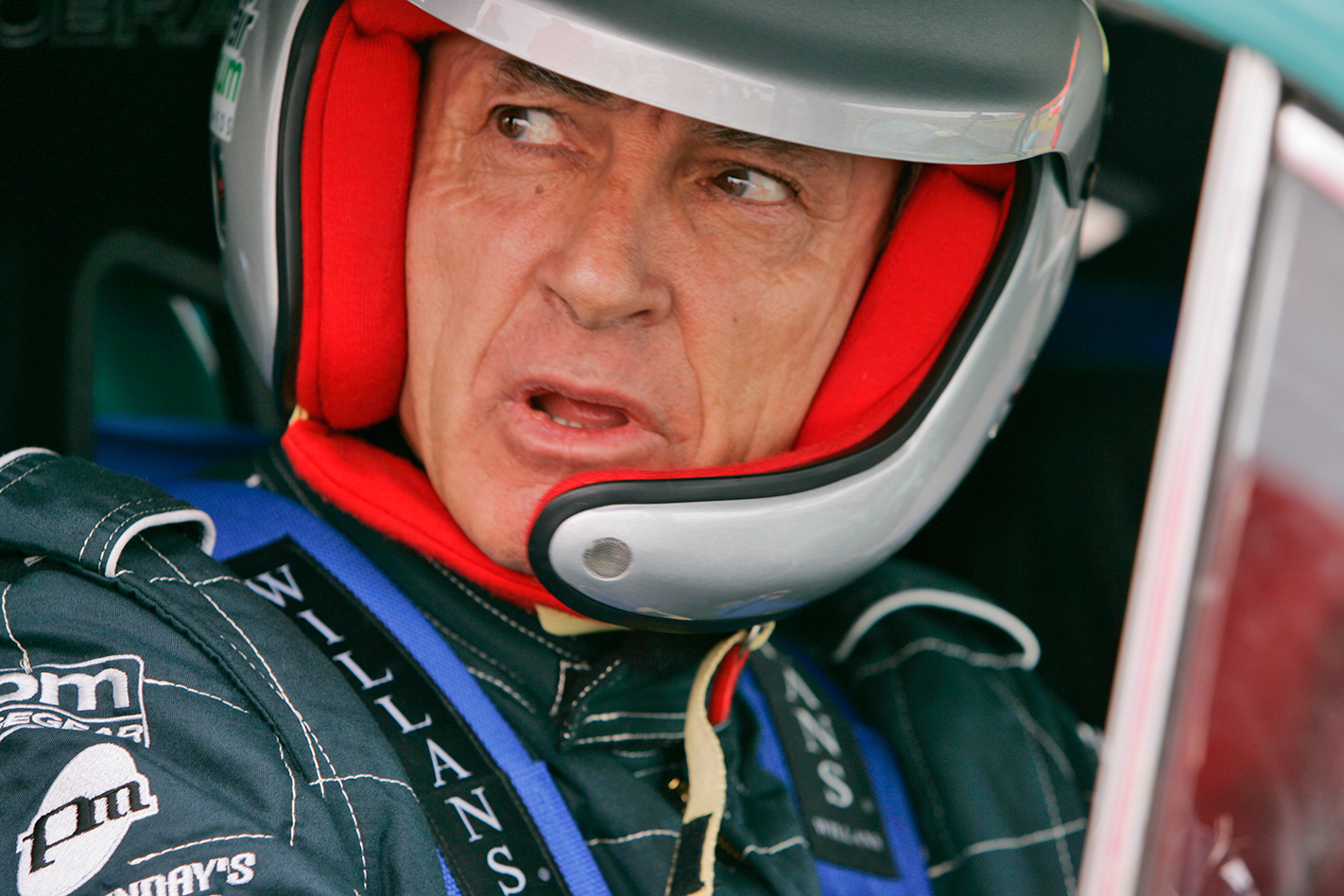 The project is the brainchild of smash repair guru and self-confessed FX nutcase Phil Munday who’s got 30-odd FXs in various states of restoration and disrepair. He brought two of the biggest names in Holden racing history together — Brock and legendary engine-builder Ian Tate — and the FX became of a labour of love for the trio.

Brock was bitten by the Goodwood bug last year when he raced his 1984 Group C VK Commodore at Goodwood’s Festival of Speed, basically a hillclimb up the Earl of March’s driveway. But while Brock and a handful of others really went for it on the hill, most were content to merely demo their priceless cars. That didn’t sit well with Brock; he wanted to race and that’s just what they do at the Revival. They race for sheep stations (or stockbroking houses) there and the FX will have some stiff competition.

But the mighty FX is Brock and Munday’s secret weapon. Mainly because it only weighs around 900kg while the Tate-built triple SU grey motor makes a healthy 188hp (140kW) at a noisy 6500rpm, Brock reckons the Humpy will be really competitive.

“I loved FJs but not as much as the 48-series Holden; it was just something else,” Brock says. “Norm Beechey was the man in those days in an FX; everyone had a good early model Holden in their repertoire and they were still being raced in the 60s.”

Like all great adventures, Project FX started over a few reds, as Munday recalls. “At dinner one night Peter said: ‘What are you going to do with all those old Holdens? We should get one out and race it.’ I thought that was a bloody good idea and I picked out one of the best shells I had and that’s how it started.

“It was all a bit up in the air initially and I started doing it myself then Ian Tate, Bob Harbrough, Anthony Dove, and Geoff Hall all came along. Ian and Anthony were involved back in the HDT days. Bob reckoned the FX would go well at Goodwood and Peter agreed it would be sensational. It’s the first Holden and an Australian icon so we knew the car had to go to Goodwood. Bob approached Goodwood and I actually received an invitation from the Earl eight weeks later, which was pretty thrilling.” 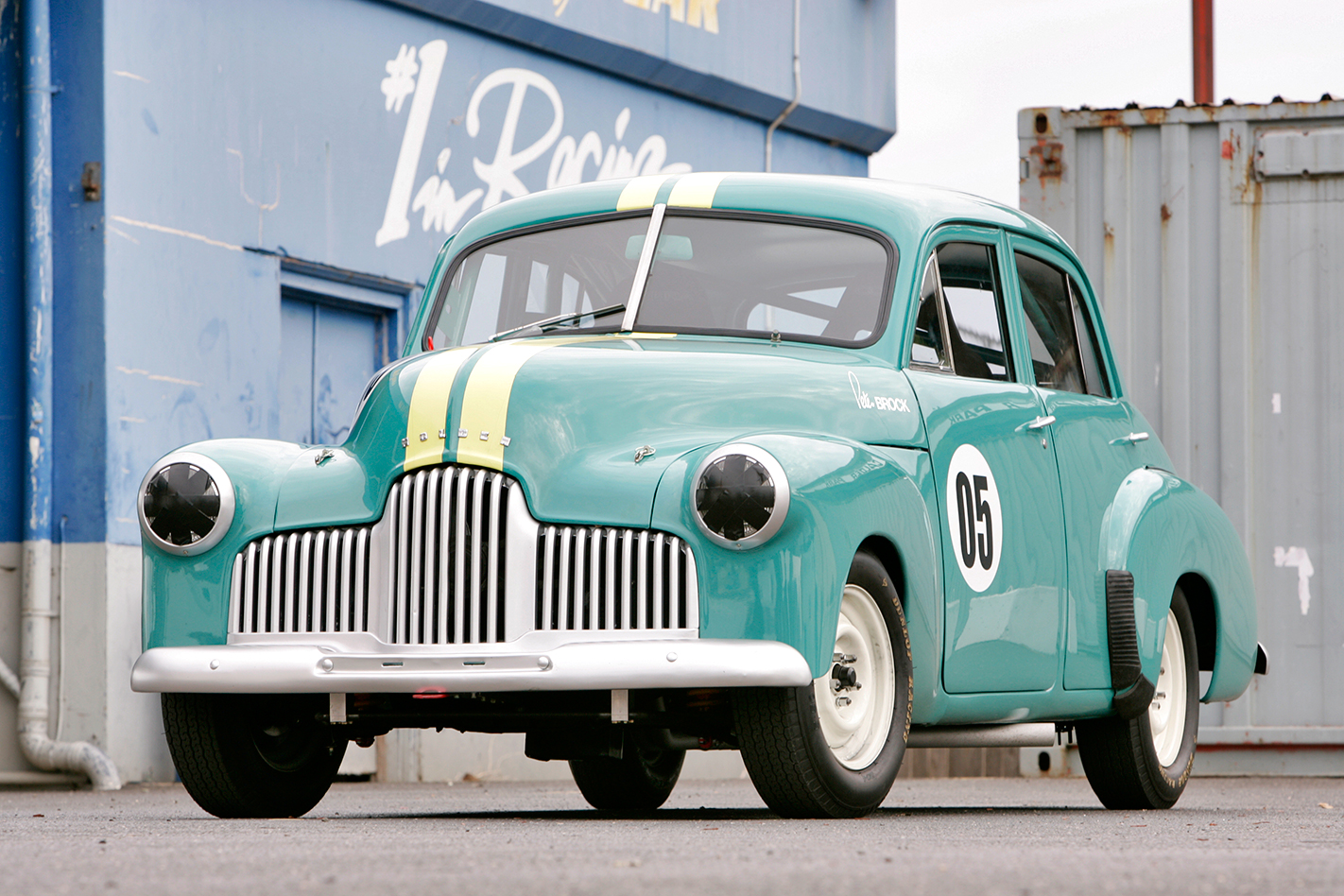 Work began on the empty shell on 27 March and three months later Brock was hot-lapping the car.

Surprisingly for such a pukka event, cars are allowed quite a lot of freedom in the performance area at Goodwood and the team has taken advantage of that, though not to the limit Brock says.

“We haven’t exploited the rules totally. You’re allowed to increase engine volume by up to 20 per cent but we’ve only gone up about 200cc, to 2.4 litres (146ci). We could have gone to 2.7 litres but that would have taken more time and effort than we had. Tatey suggested we build a small capacity, high-revving motor (11.5:1 compression) and it sounds like a racing car should. It’s got a ripping calico rasp to it; it sounds beautiful at 6000-plus rpm.”

The engine has Facey extractors running into a 2¼-inch tailpipe and an original Wade Cams-spec camshaft ground by Clive Cams.

The FX runs a locked early-model Holden diff with a short 3.9:1 ratio, but its four-speed Muncie ’box (replacing the standard three-on-the-tree) has quite tall but well-spaced ratios — first gear is 2.2:1. Brock reckons that coupled with high-profile Dunlop 550L historic racing tyres, the FX should have quite a high top speed.

A rare Rod Hadfield bell-housing allowed the team to replace the original counter-shaft clutch with a hydraulic version. Underneath, the FX runs modified wide-leaf rear suspension with adjustable Koni telescopic shocks front and rear and a 7/8-inch sway bar up front.

The front brakes are cute little Girling discs but there is also a classic piece of history built into the FX — the rear brakes are off an early Torana XU-1 race car and the drums are engraved ‘Peter Brock, Sandown 1972’.

“When you put in all those hours, particularly in the last week when we burned a lot of midnight oil to make the deadline, then seeing it on the track is pretty exciting.”

And Brock had a smile a mile wide on his face.

At Goodwood the FX will run in the St Mary’s Trophy race for production cars from 1950-59 — the Poms won’t know what hit ’em! 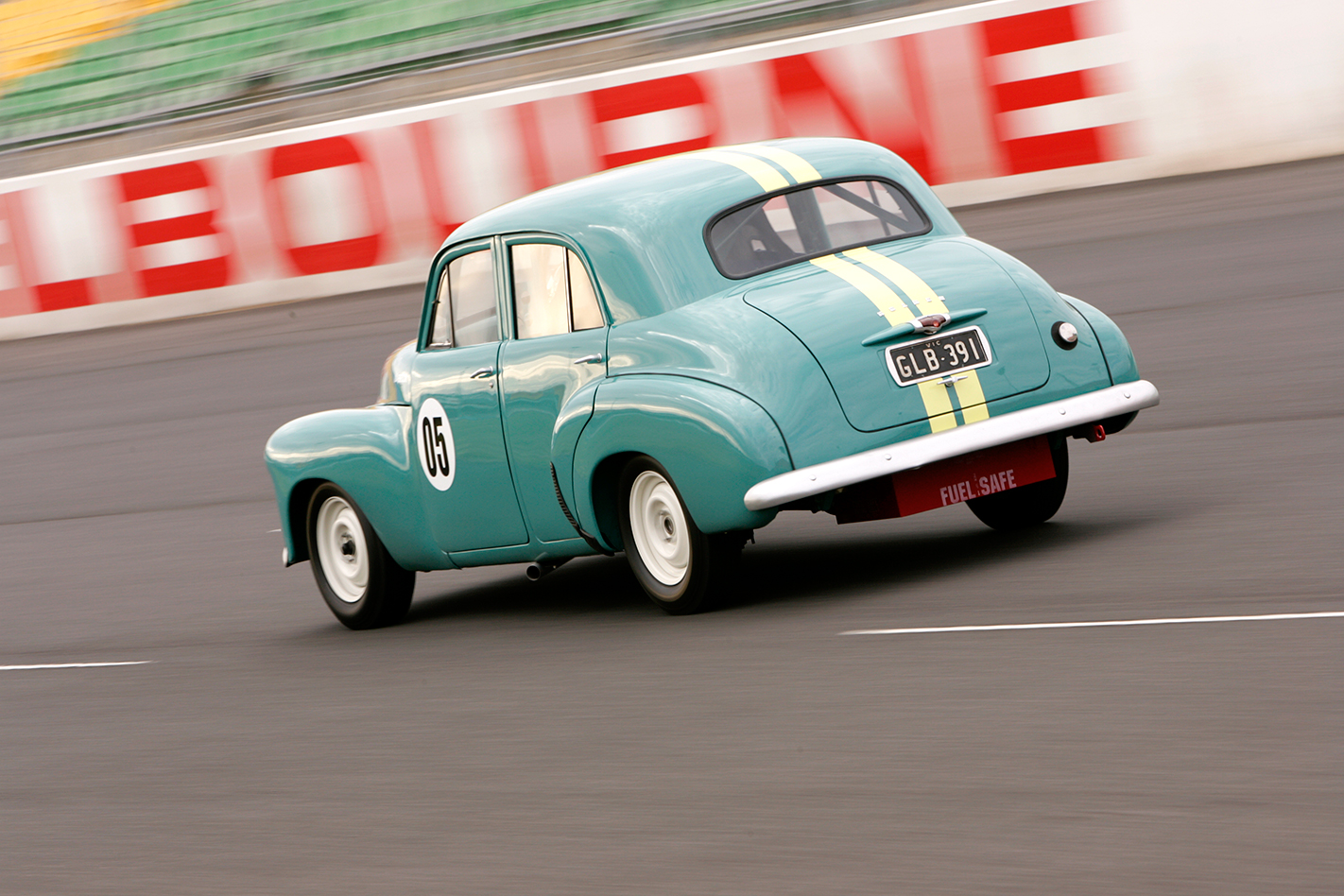 JUST how exciting could a 53-year-old race car be? Well, even allowing for the roller-coaster Thunderdome and the fact that Brock likes to keep his boot into it, the FX provided a bloody big thrill.

I’d never sat in an FX before and the first thing I noticed was just how small it was. In photos they look bulky but this was like a big Morris Minor and so narrow Brock and I were elbow-to-elbow — I had to keep my right arm out of the way when he changed gear.

The Humpy might be narrow but it feels SUV high. The spartan race interior is beautifully finished by Munday’s lads, with two Cobra buckets, a large steering column-mounted tacho and an auxiliary panel with a warning light and extra gauges. The dash is dominated by a gorgeous pearl steering wheel.

Strapped in tightly and the engine starts crisply. Brock drops the clutch and we roar along the pit straight towards a right turn onto the imposing banking. It seems an age before the tacho hits 6200 and Brock shifts from the ultra-tall first gear into second. It’s loud in the cabin without a helmet and plugs and when we finally pull fourth near the end of the back straight, the little six is singing its head off at six grand.

Though he’s meant to head to the pits, Brock ‘overshoots’ and we rocket down the front straight at maybe 200km/h. The Dome is so big that it doesn’t feel that fast but the stiffly sprung Humpy exaggerate the speed through the split windscreen.

Another two laps would have fun but Brock swings the FX towards the pits to have the brakes bled and pads changed. He’s having a ball. The FX is the oldest race car I’ve ever been in, and one of the slowest but a real buzz. Go Humpy! 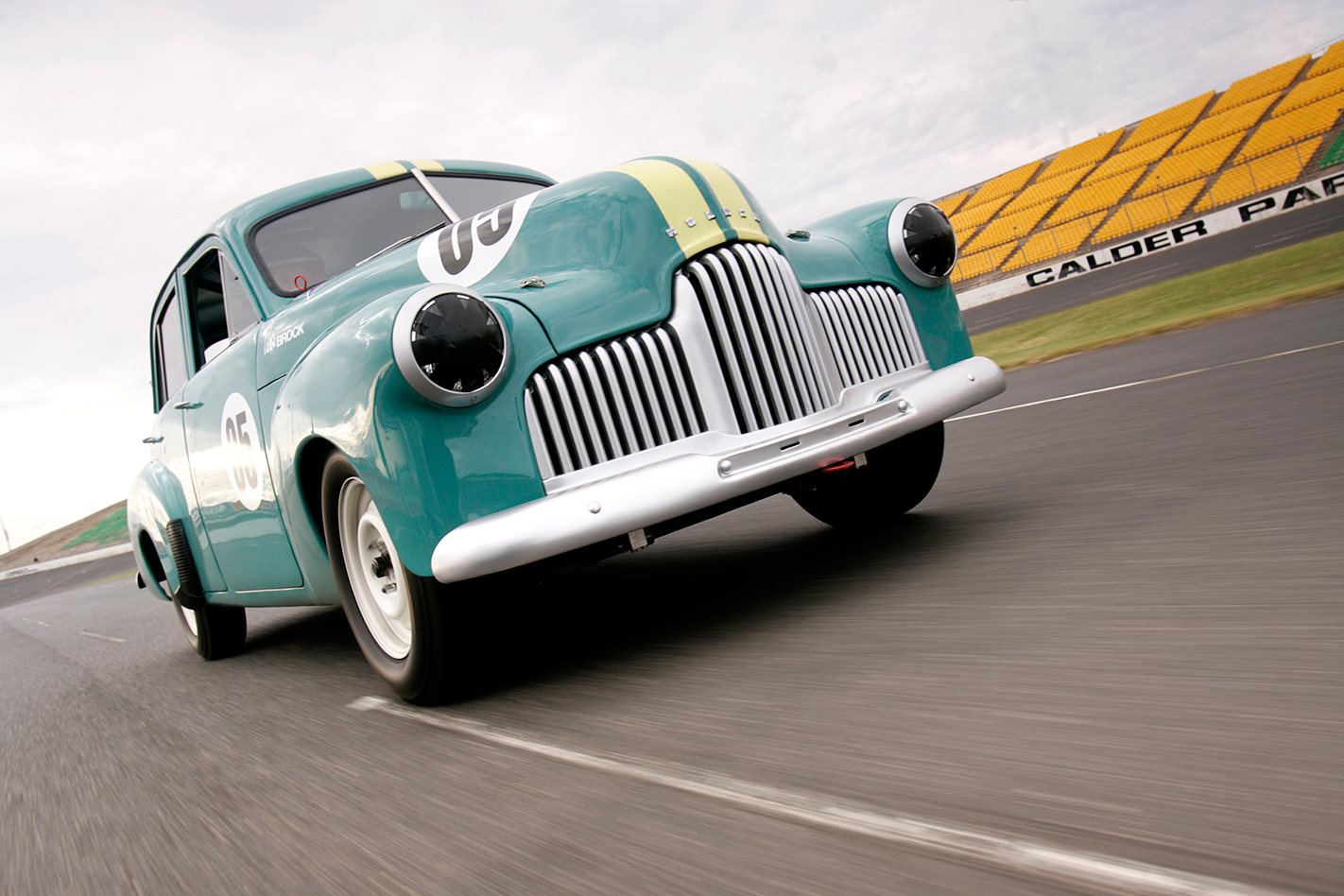 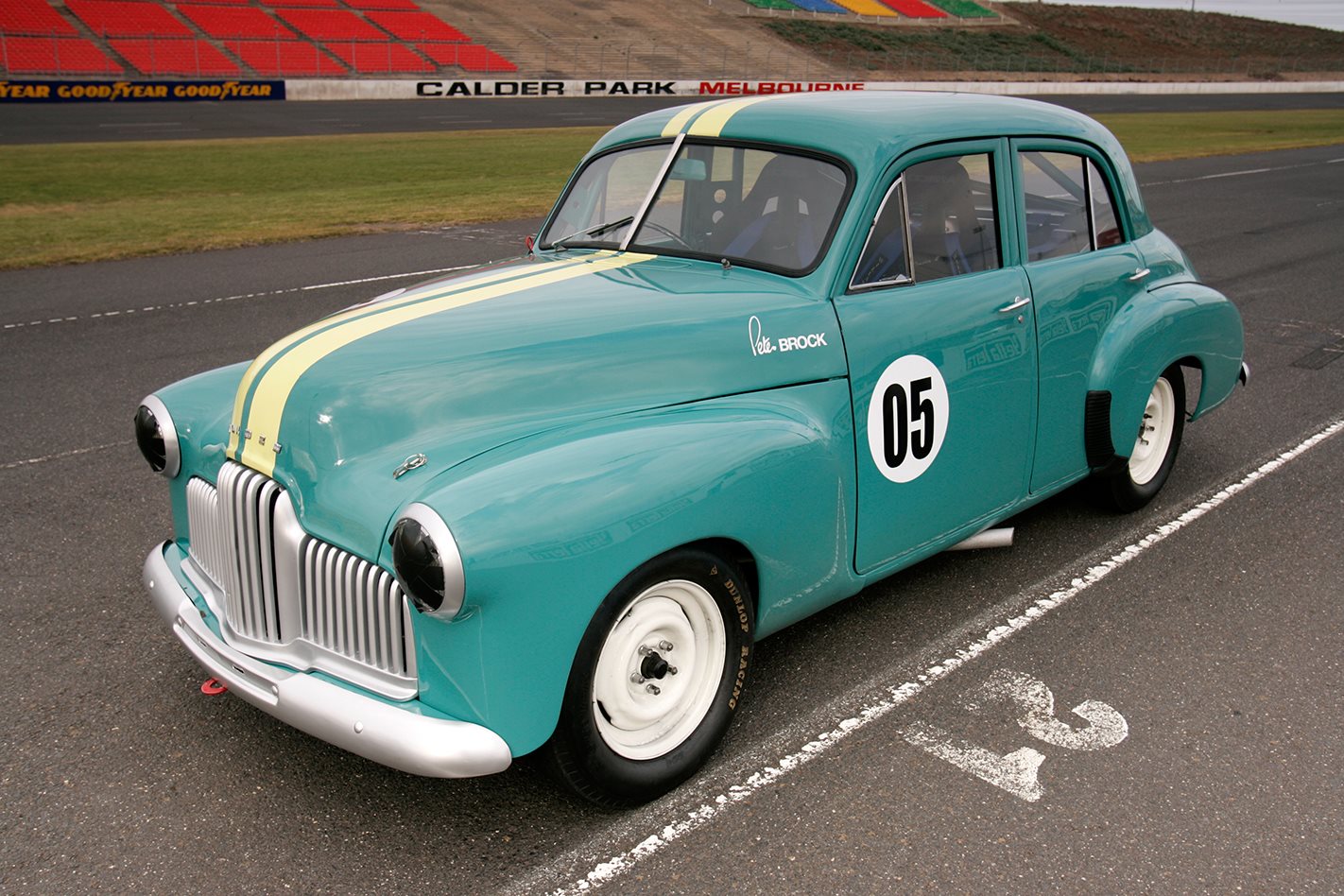 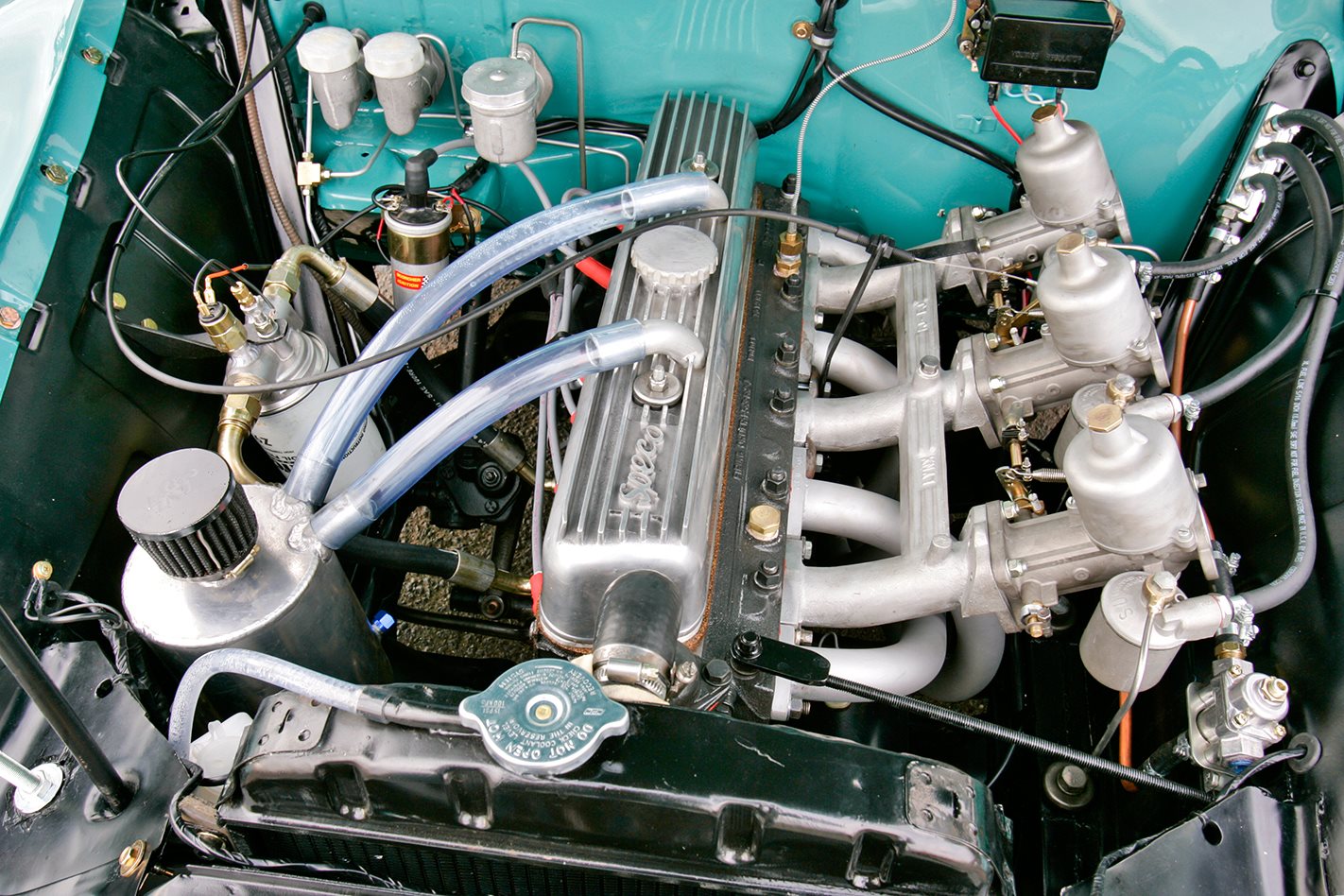 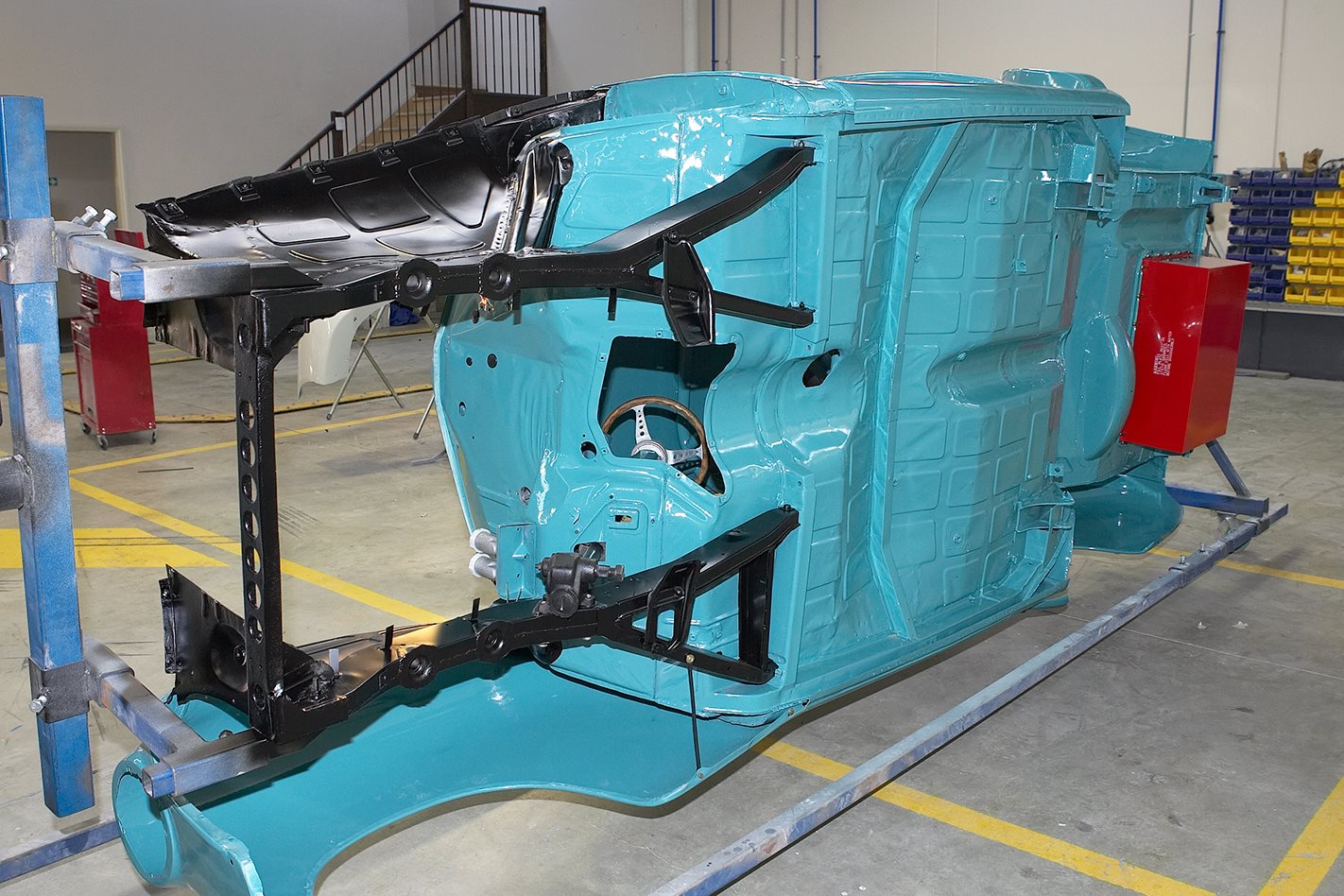 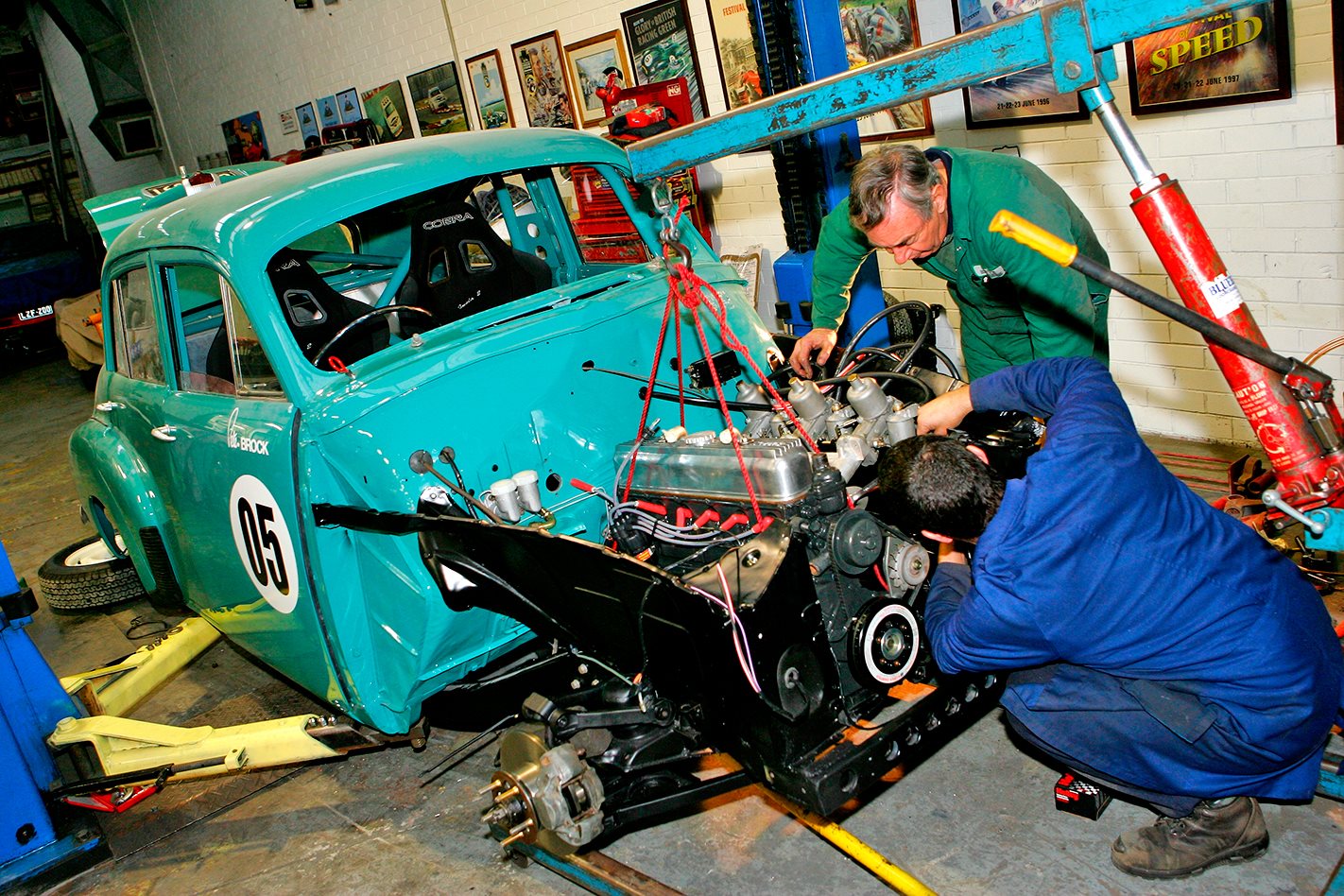 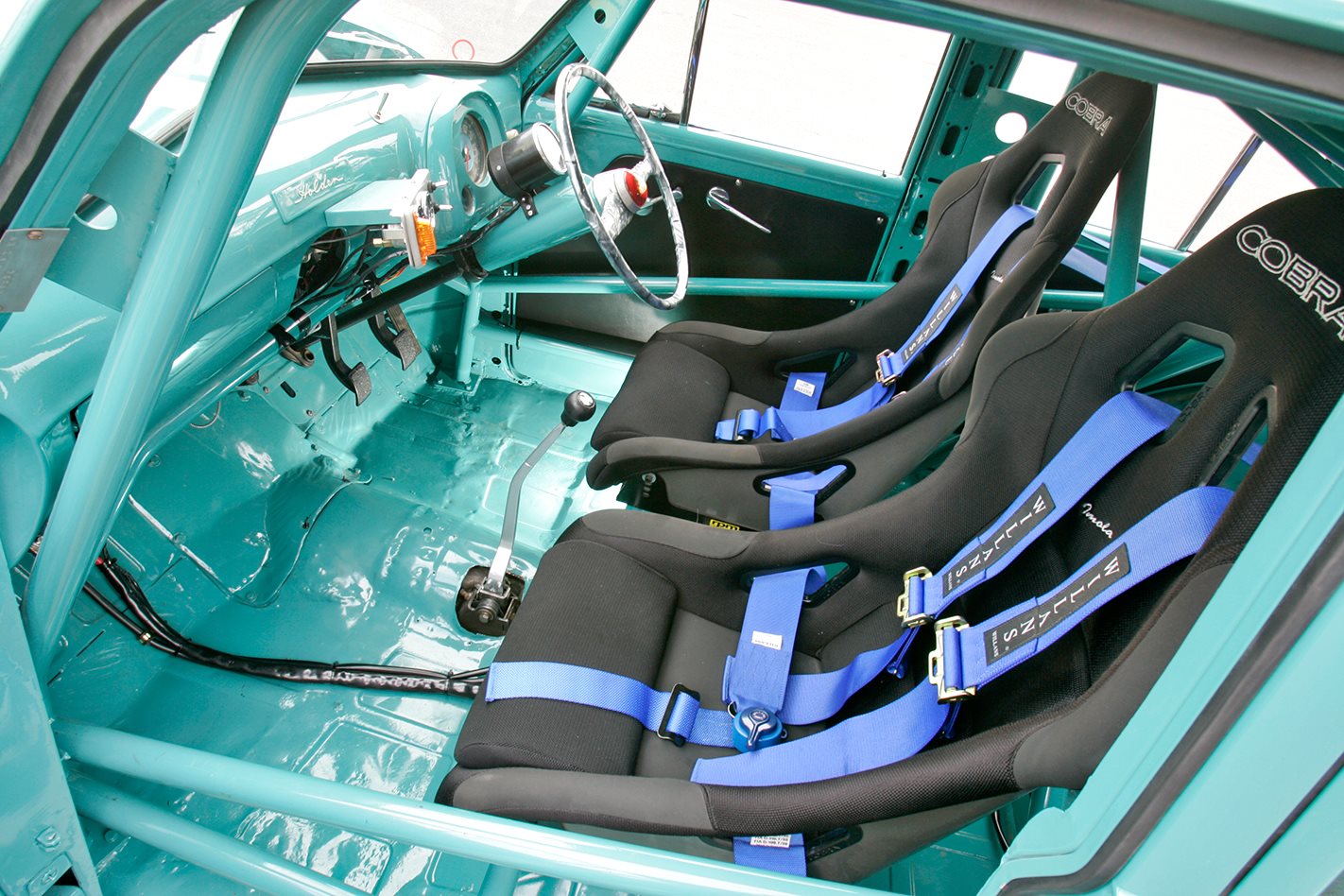 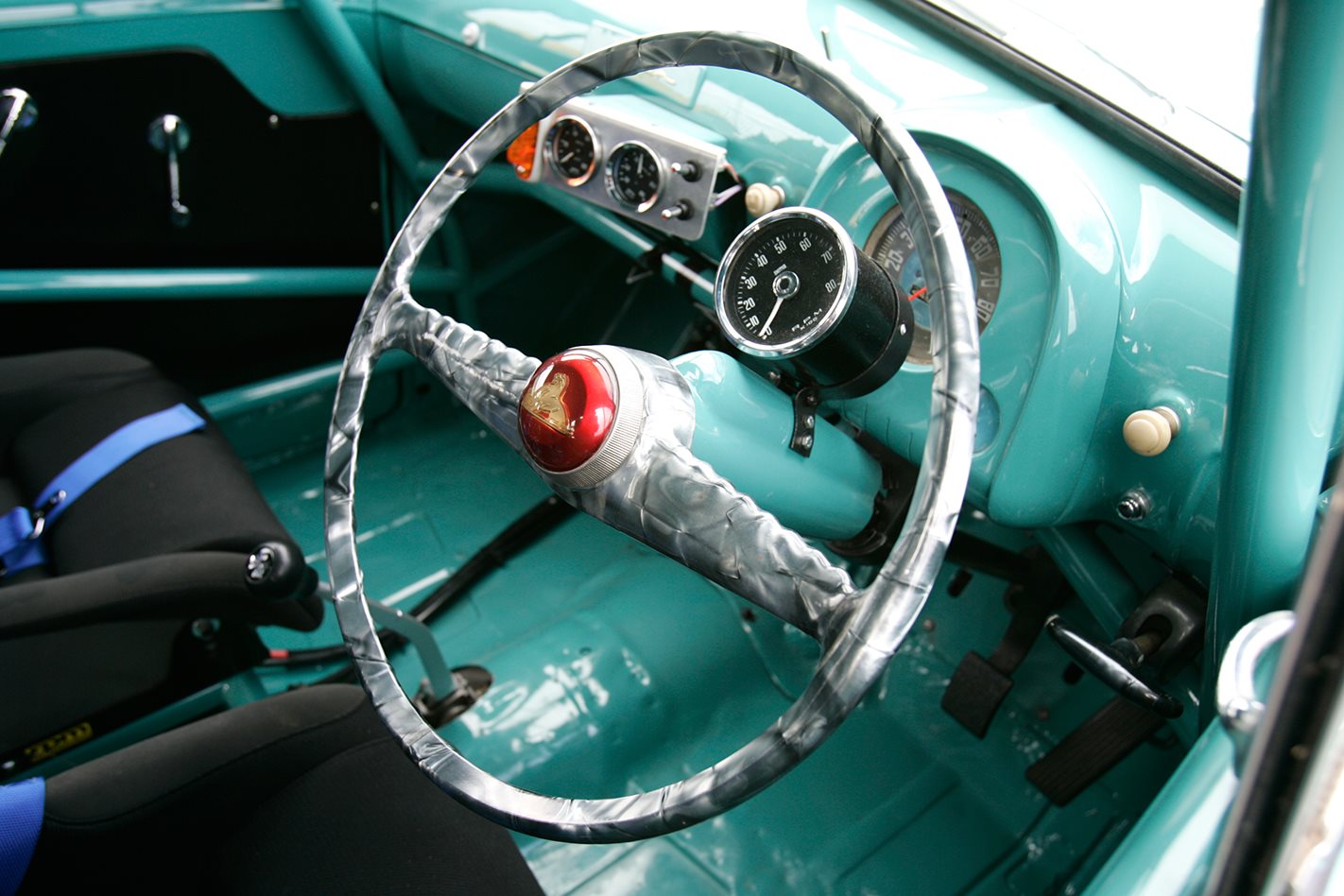 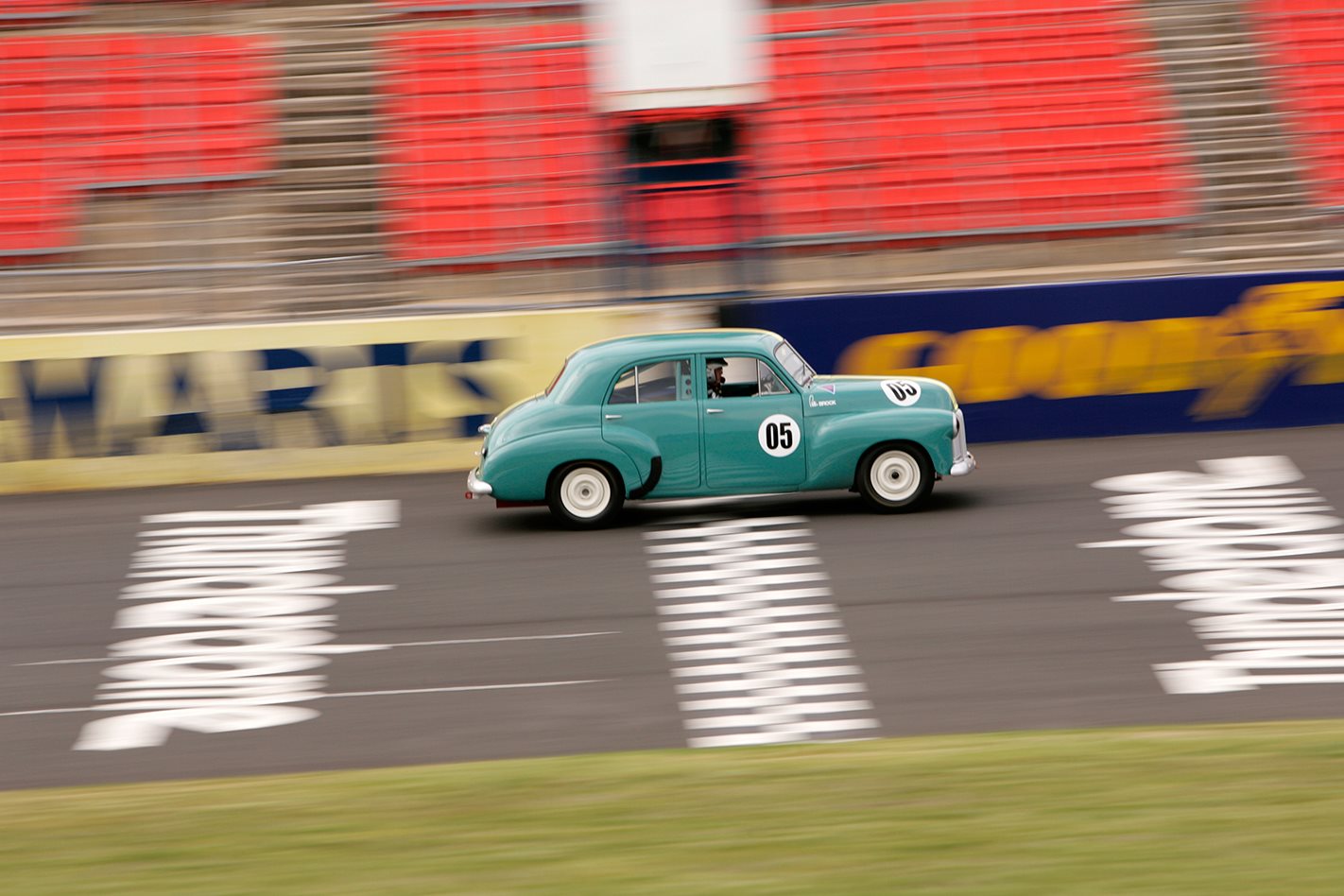 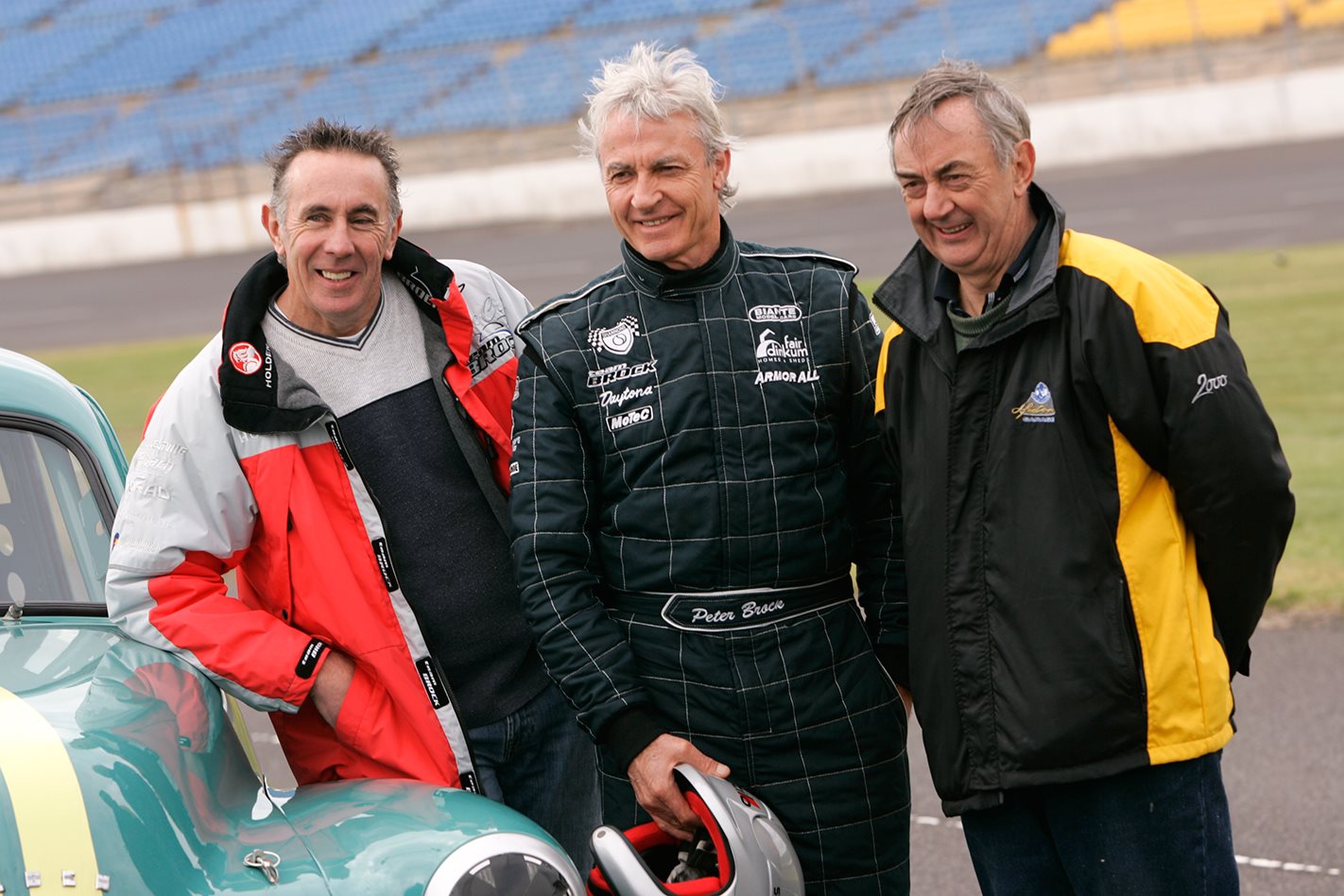