Back to the wagon - Blowin' Gaskets

SO, I’VE been bangin’ around in a Toyota HiLux 4WD for six years. Good rig, but I was over it. I’ve got me a little fast Vee-Dub for a bit of weekend track fun, but driving the lifted, knobby-tyred HiLux anywhere apart from over the Snowies or across the Simpson was giving me the craps, especially as before the ’Lux I’d had a 15-year run of V8 dailies, with a VP Calais and then a VT Senator. 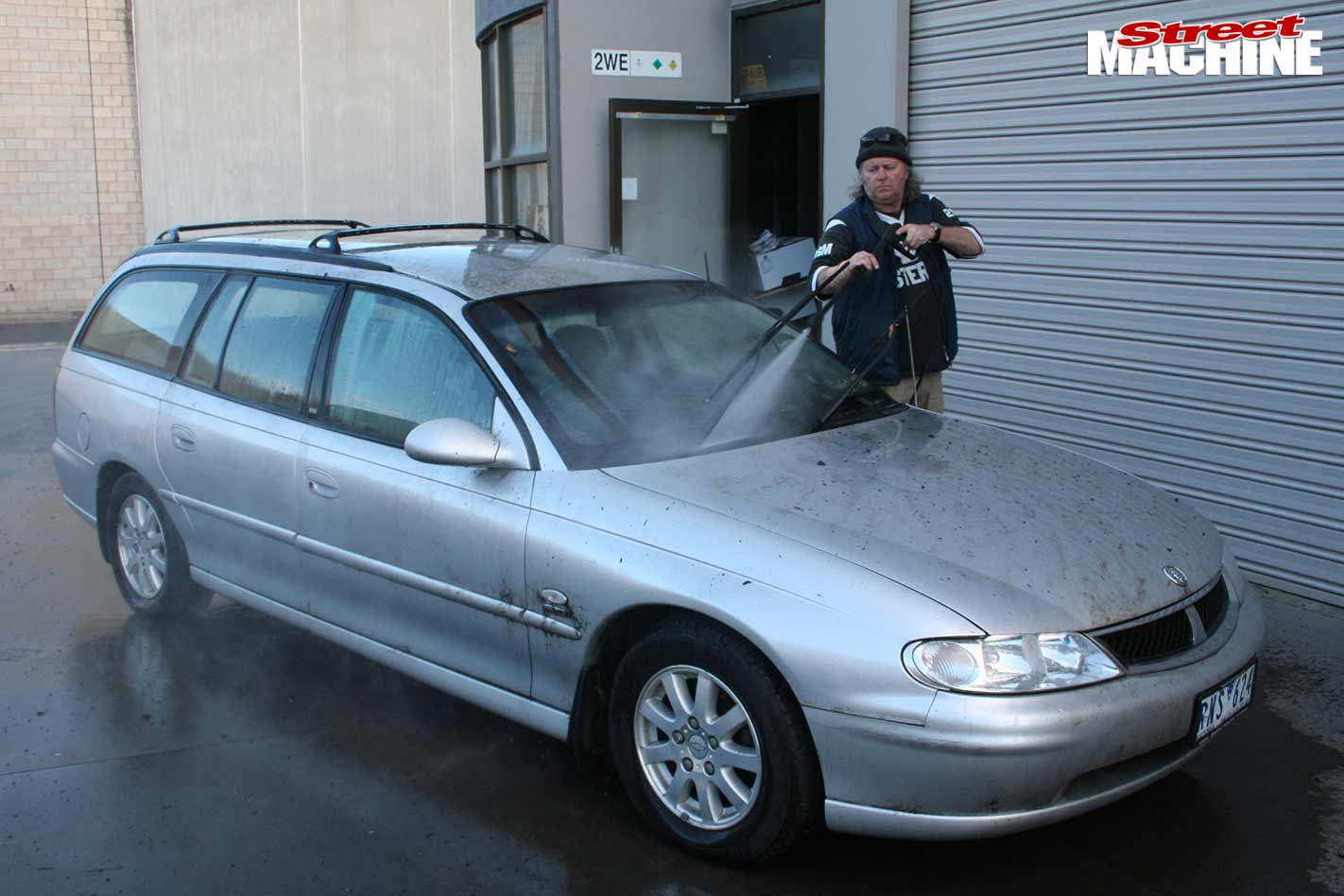 And in mid-2016 I’d bought an ’89 VN V8 Calais as a collector/cruise car. But I was soon sneaking to the shops or the pub or the post office or wherever in the Calais rather than the HiLux, enjoying the high from its hits-from-the-bong injected V8 torque almost every day. Oh yeah.

But that’s not why I bought it; it was because this lovely original two-owner VN had only just clicked 100,000km and would be H-plate-eligible in NSW in 2019. And there I was, with the car on full thousand-dollar rego, running 1500km in a weekend sometimes, and risking it with moron mums in school-zone traffic. It had to stop. 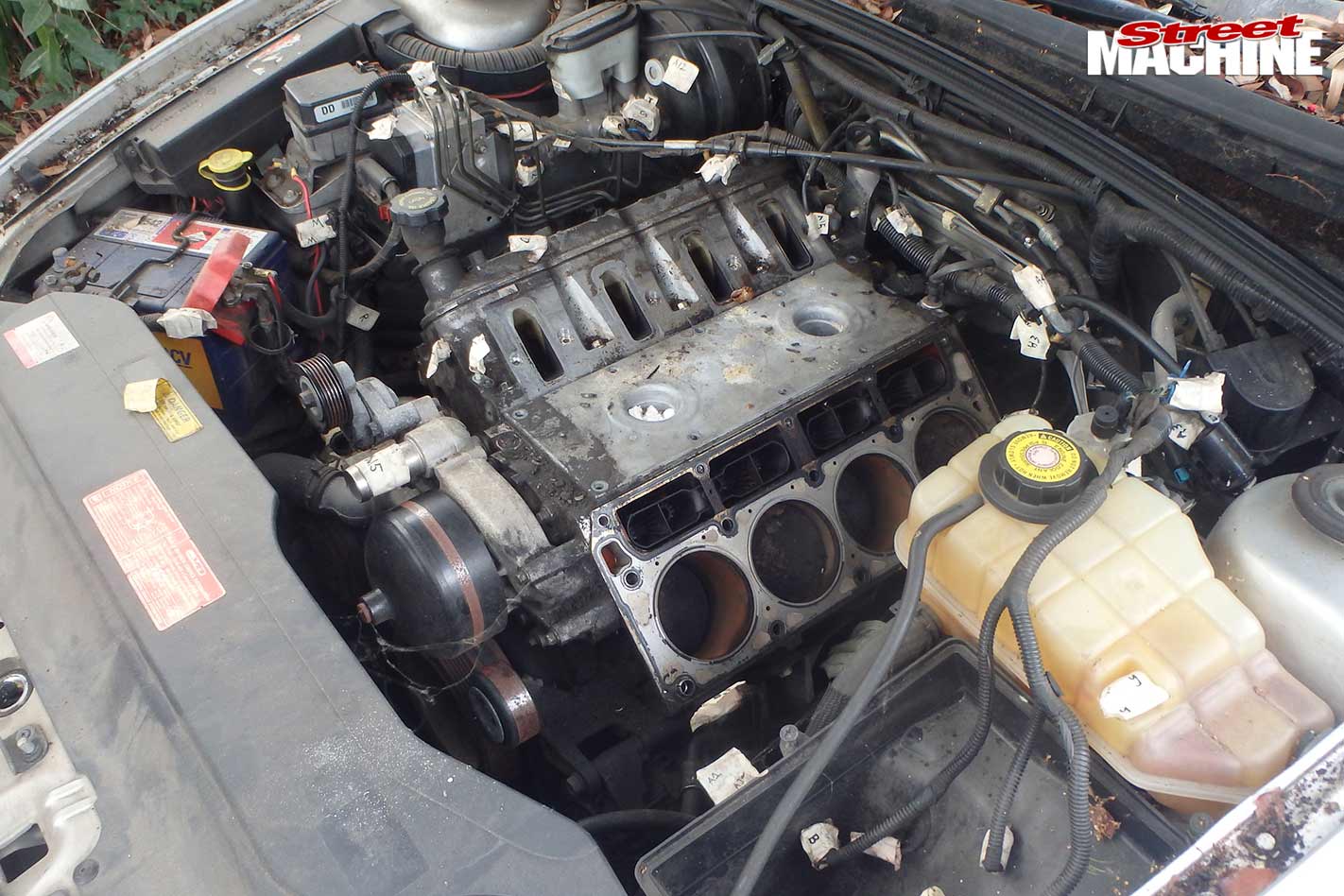 So when brother-man and fellow Street Machine contributor Dave Morley mentioned – over a couple of pots, of course – a dead Commodore V8 wagon he knew of, I was all ears. It sounded like a set-up, too good to be true (and knowing Morley’s larrikin humour, it could have been!), but nah, he assured it me was legit. No kiddin’.

The story was, the previous owner was fully Facebook-qualified so had whipped off the intake, fuel rails and one head to install a lumpy cam before realising: ‘Oh jeez.’ Eventually, even his mum wanted it gone. Morley’s mate Bondini was right place, right time to collect it for next-to-nothing. But then Bondini had got busy. 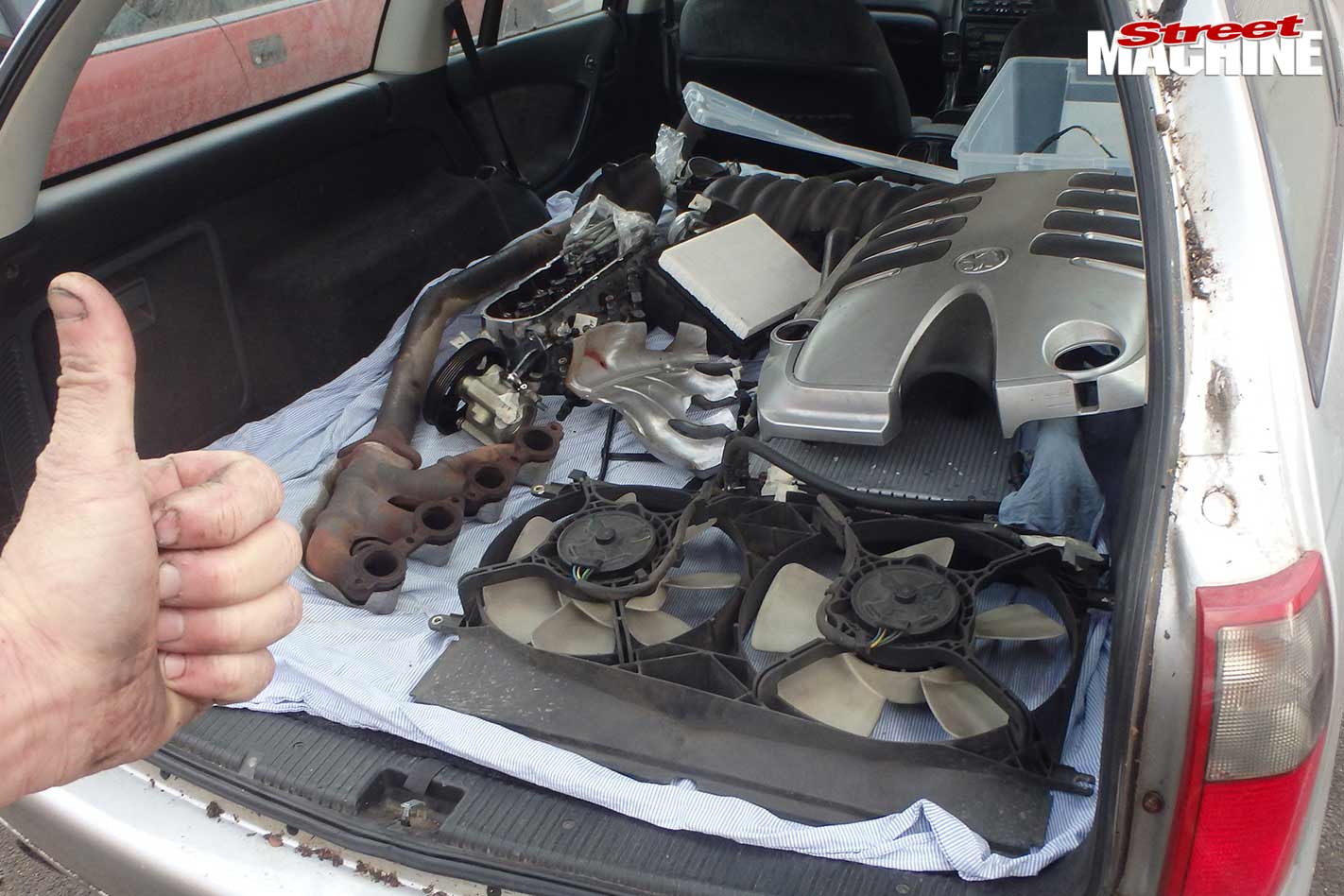 Parked under gum trees and covered in shit, it was a 2002 VXII Berlina. As well as the orange hue of cylinder rust, it had rat poo on the pistons. But everything else was there, including a battery that had just enough mojo to light up the instruments and reveal just over 240,000km – a bit of life remaining. Morley organised a tow to his place and it sat there for a few weeks until I could drive back to Melburg with a toolbox.

I began by soaking the open bores with Inox and scrubbing off the fuzz with 600-grade abrasive paper. Then, by hand-turning the donk, I could get the crap sitting over the edge of the piston crowns up to the top of the bores to wipe clean. I used a razorblade to scrape the block and head-gasket faces clean and reassembled the engine with one new head gasket and half a set of GM’s torque-to-yield head bolts. 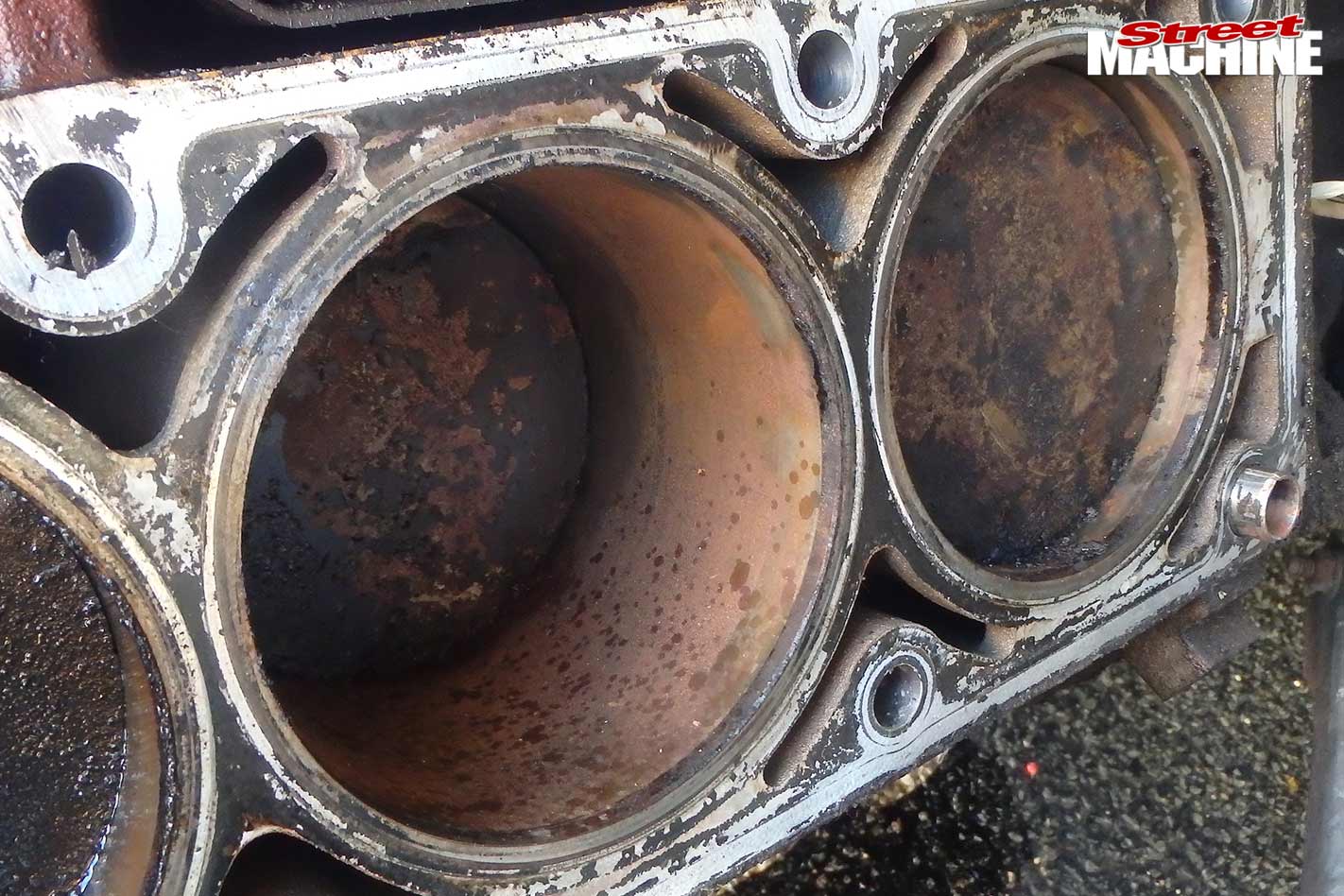 Thankfully, the previous owner had bagged and tagged just about everything, from the EFI harness leads to the exhaust bolts, so apart from the head gasket (and of course stuff such as oil and power steering fluid), I didn’t have to chase anything. One exhaust stud was broken on the removed head, but Bondini, a fitter/machinist, took it to his magic shed and fixed it.

Surprisingly, even on years-old fuel diluted with some fresh stuff, the silver bullet fired almost instantly with nothing more than a once-only puff of smoke from the exhaust. A fast idle for 20 minutes gave me confidence the engine was healthy, despite the check-engine light and oil pressure warning ding-dings. The power-steering pump wailed, so I made a note to buy a second-hand one at my local, mail it and fit it before I drove the wagon back to NSW on an unrego permit. 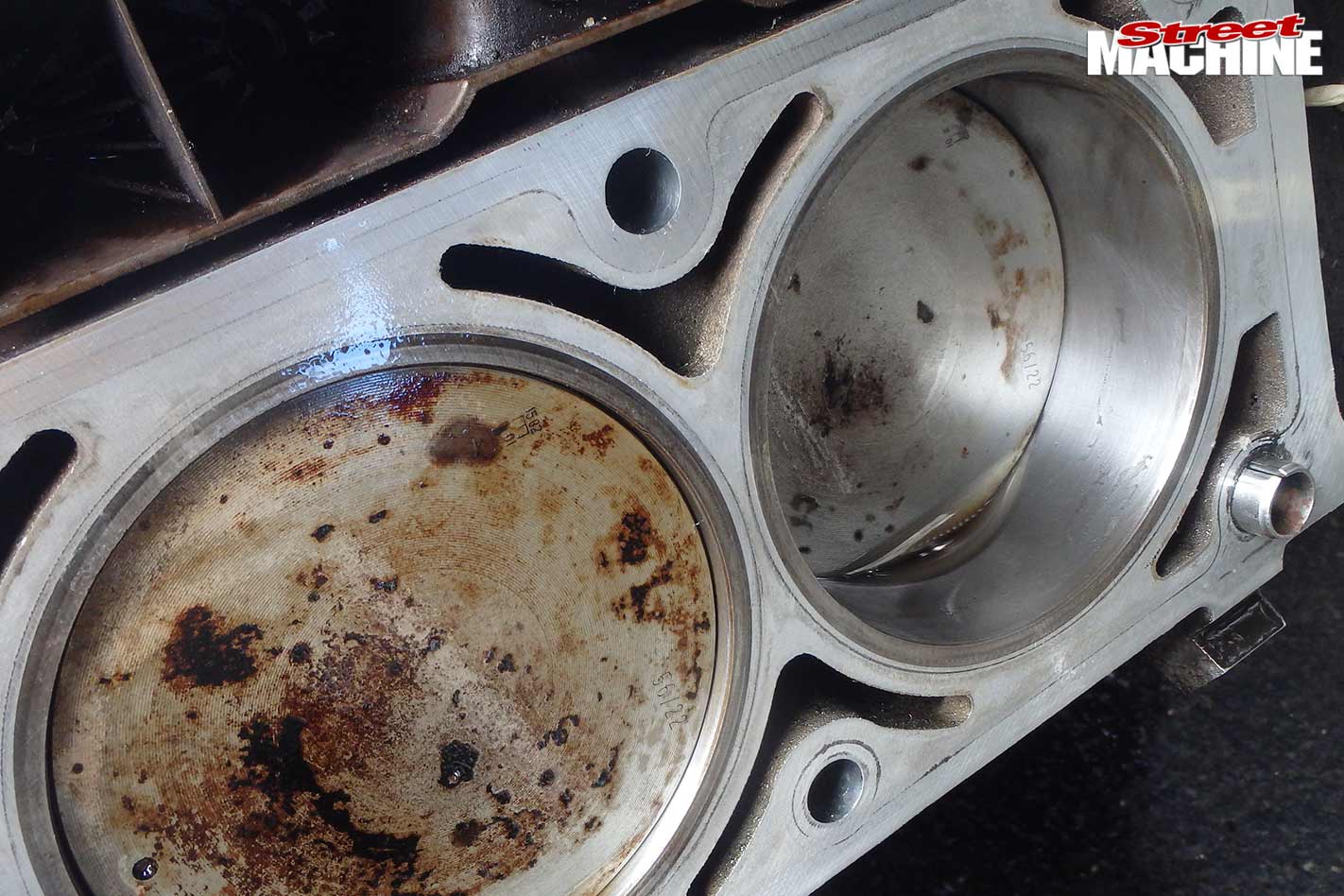 Since whacking on a set of rego plates, I’ve replaced the climate control panel (that was cheaper than replacing the two $30 light bulbs that weren’t working) and changed the oil. Thankfully, despite my bush mechanic’s hone with sandpaper, it doesn’t use oil.

For a few grands’ spend and a couple of weekends’ effort, I’ve got me a daily diggler with a bit of grunt. And crikey, how handy is it having a wagon after all these years? Schweet! 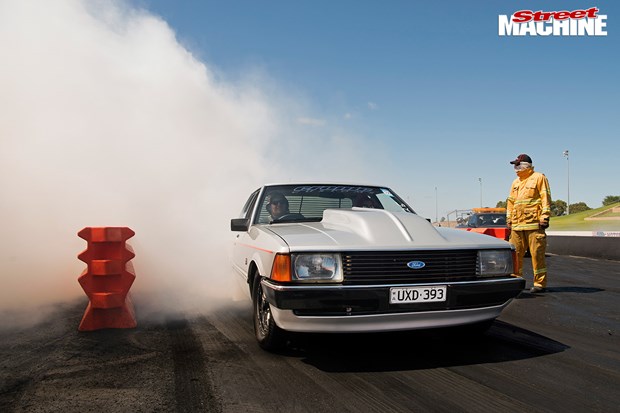 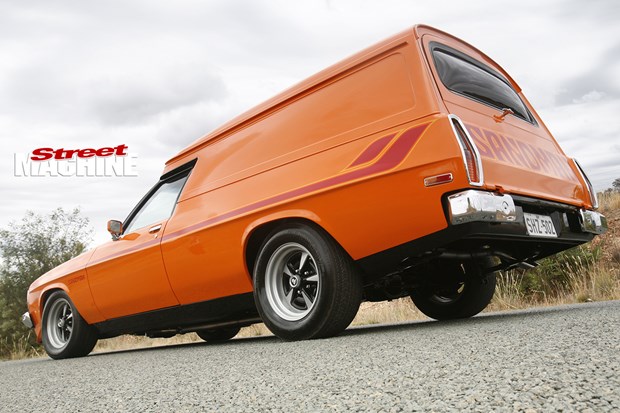 Sanding 'til your fingers bleed is part of the lifestyle. As is dropping a big-block V8 in your Sandman panel van