Young gun Matt Murphy bought his HQ at fifteen, for just $900. Now with its 468-cube big-block from a racing boat and transbraked Powerglide combo, he's gunning for 10s

I GOT into cars when Dad bought a ’65 Impala when I was a kid and I helped him build it. Then Adam Morandin with his blue Statesman, MNTLHQ, moved in across the road. Adam took me to a couple of events and introduced me to the burnout and drag racing worlds; I was hooked from then on.

I love HQs – the clean body lines, the size and shape of them. I’ve always read Street Machine, and every time I saw an HQ in the magazine I’d dream of building one and maybe even getting it on the cover one day. So when Dad asked what I wanted for my first car, I knew it just had to be an HQ and nothing else. 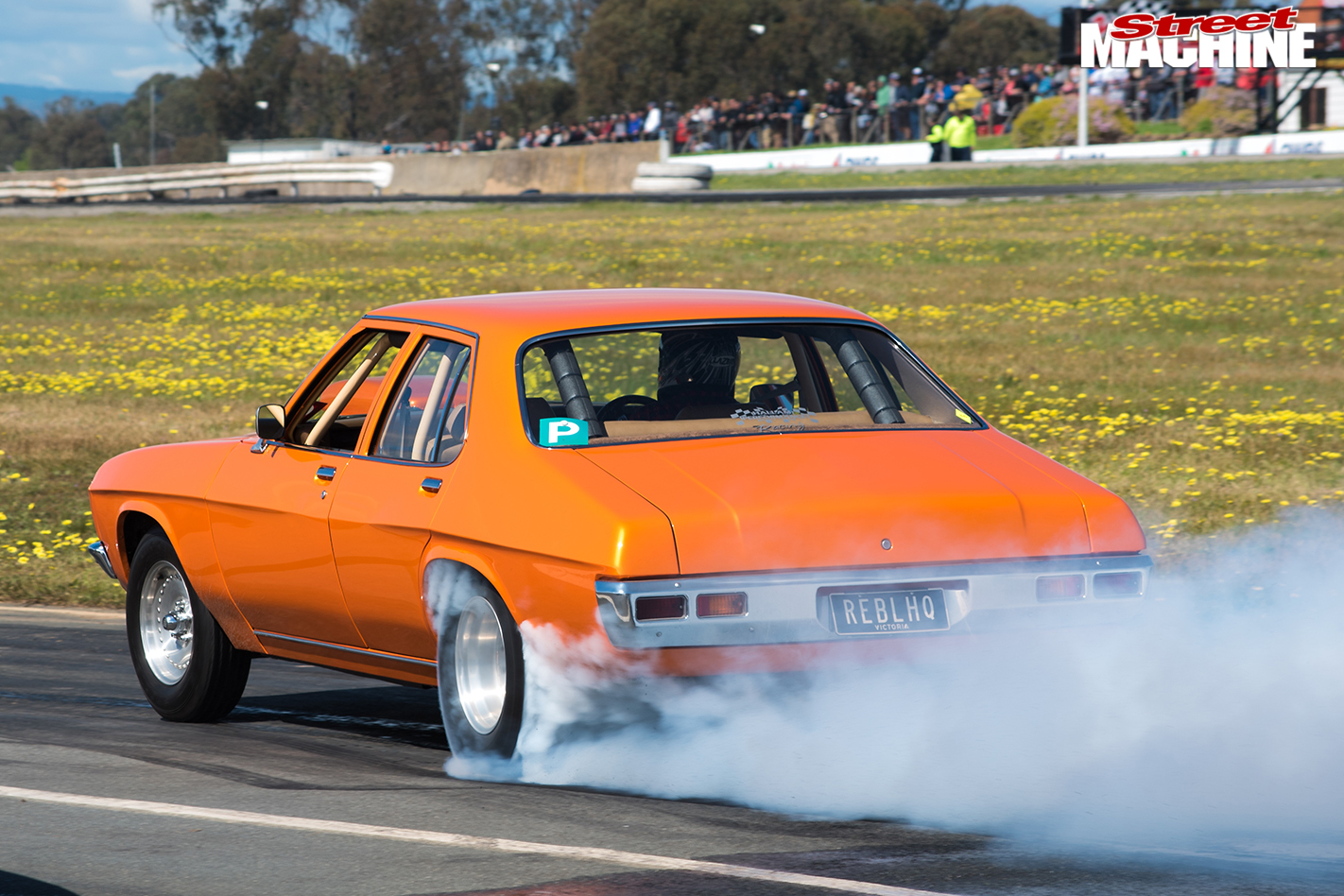 So I bought this Kingswood when I was 15 off an old bloke for $900. It was a complete grandpa car when I first got it, running the original 173ci six-cylinder, three-on-the-tree and a banjo diff. It was the cleanest rust-free HQ I’d ever seen. At first we gave it a minor rebuild, left the six-cylinder in it and tidied up the original white paint. I drove it like that for a couple of years when I got my L-plates.

Then when I turned 18 I pulled it apart completely. George from JD Restorations in Dandenong did the bodywork, then we had it painted in House Of Kolor Sunset Pearl. Originally Dad and I fitted a mild 396ci big-block and a Turbo 400 that ran 11.60@119mph, but now it’s got an alloy-headed 468ci big-block out of a race boat. The Turbo 400 is gone too; now it’s got a transbraked Powerglide in it. The nine-inch rear end was built by Supa Trik Engineering, and Graeme Murphy at Top Notch Race Cars mini-tubbed the shell; I can fit a 28x10.5 slick under it easily. 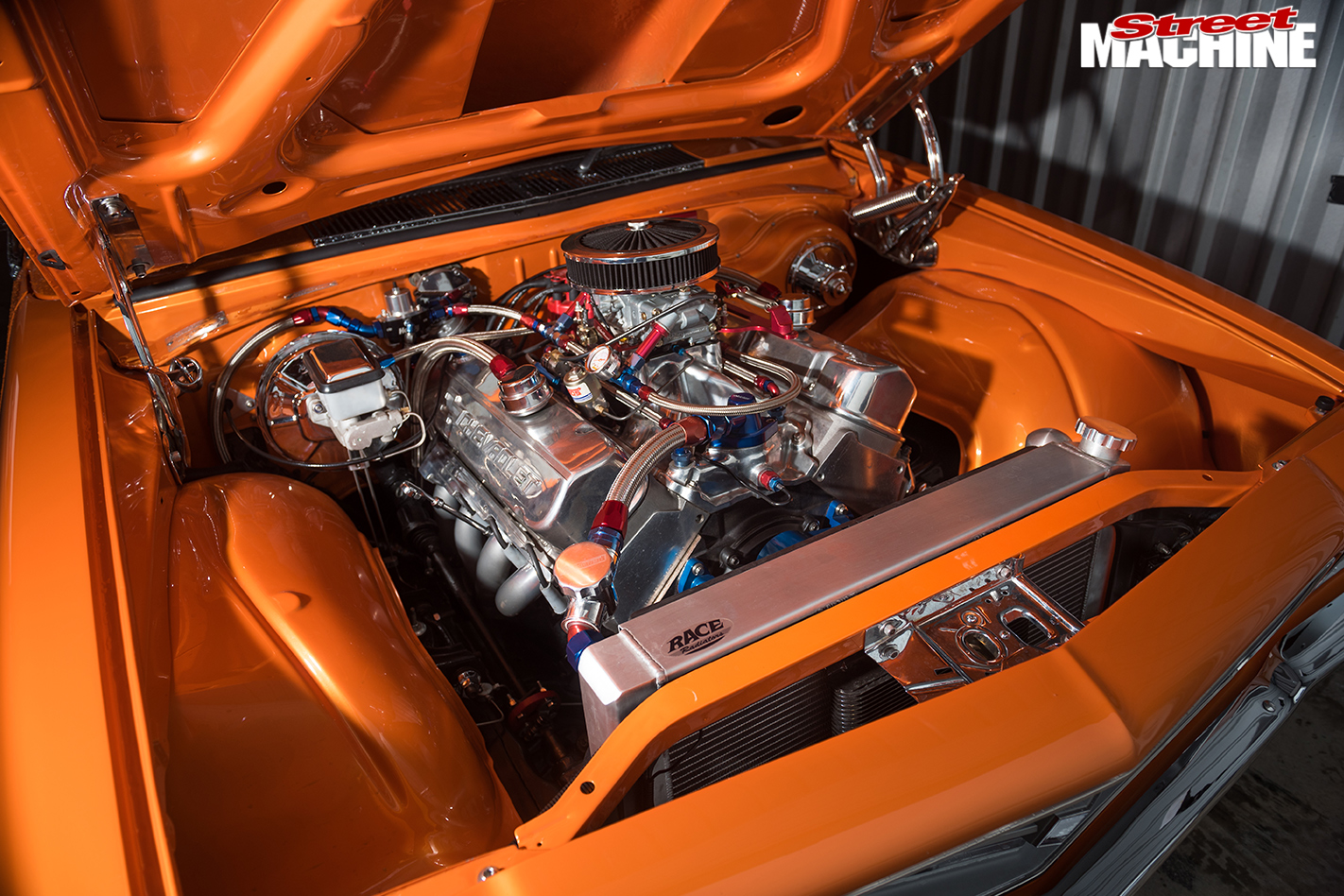 I’m hoping for low 10s with this combo. I’d love to have a twin-turbo set-up, all under the bonnet with massive reliable power, but that’s a long way down the track. I’d still want to have it as streetable as possible though.

Our three-year-old boy loves it – “Let’s go Dad’s car, let’s go Dad’s car” is his chant every time we go out. So basically it still has to be an all-rounder car that can do anything. I want to be able to drive to the drags and run 10s, do burnout comps and track events, or just load up the family and drive to the beach to go get fish and chips.

Thanks to my partner Jasmine, my dad Colin and all the boys that helped out, as well as Burson Auto Parts Springvale, Hallam Performance, D&H Powdercoating and Top Notch Race Cars.