ON THE way home from the dickfarm the other day, I was driving through Ayr daydreaming about the sausage roll I was going to eat, when out of the corner of my eye I saw something blue in a servo. As I rolled past, the blue blur became a Torino Blue Sandman van with Boyd-style wheels. 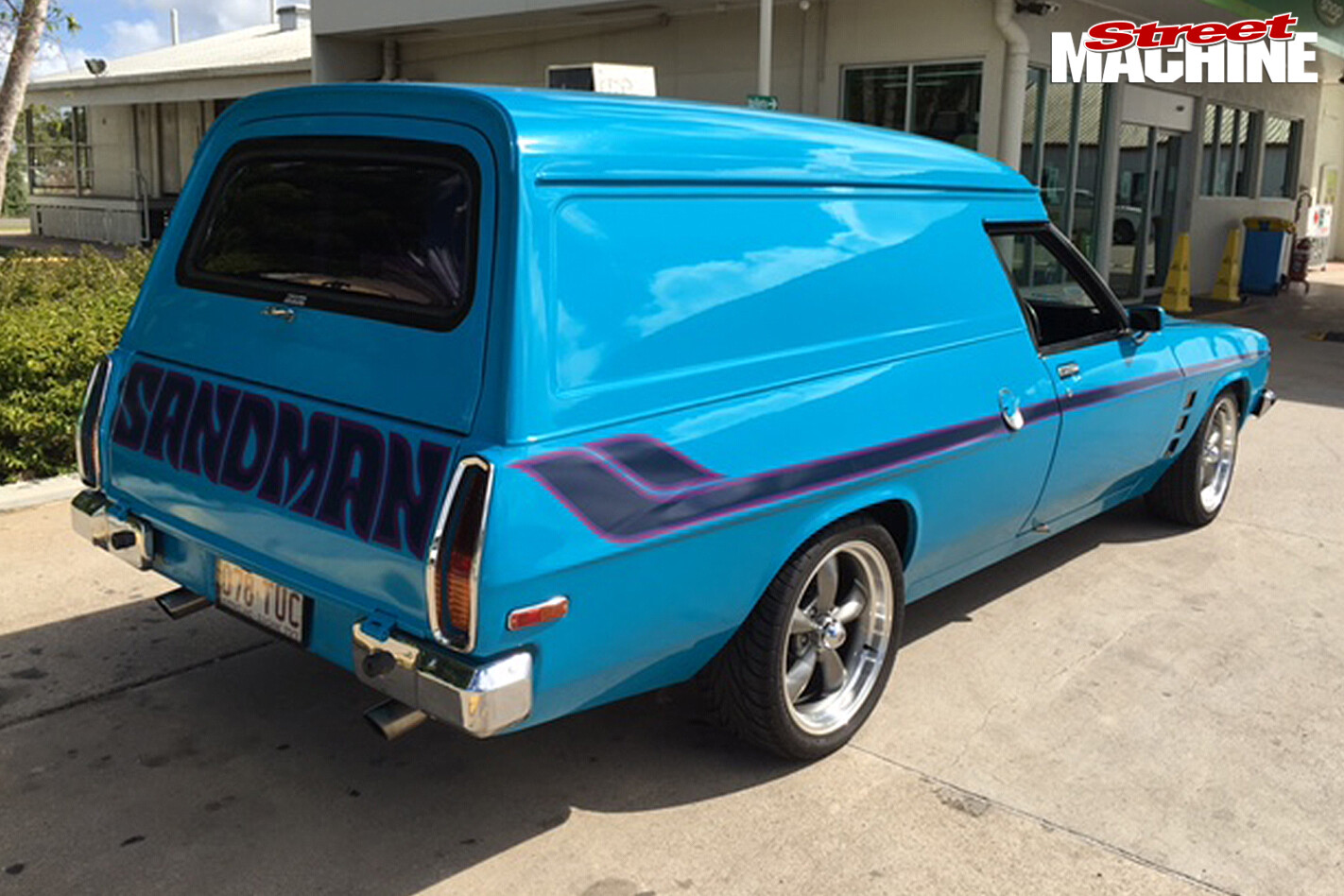 Immediately I shut down the kero pedal and wheeled in about four driveways past the servo. Ground reverse gear into duty, sent the fuel pump to the governor, and made a dramatic entry into the servo’s ‘out’ driveway, the reverse beeper whinging and toolboxes banging on like an election speech. A Greyhound bus and a bunch of cane cockies were all in panic stations trying to avoid my 32km/h blind-spot backwards Sandman-spotting Olympics.

So I bounced out of the Kero Caddy and approached the PV. I asked old mate: “Could I please grab a photo or two of your Sandy?” A smile formed on his face, telling me straight away we were from the same tribe. He jumped out of the pano and replied: “Not a problem, China.” We shook hands, and then the machine-gun speak began. 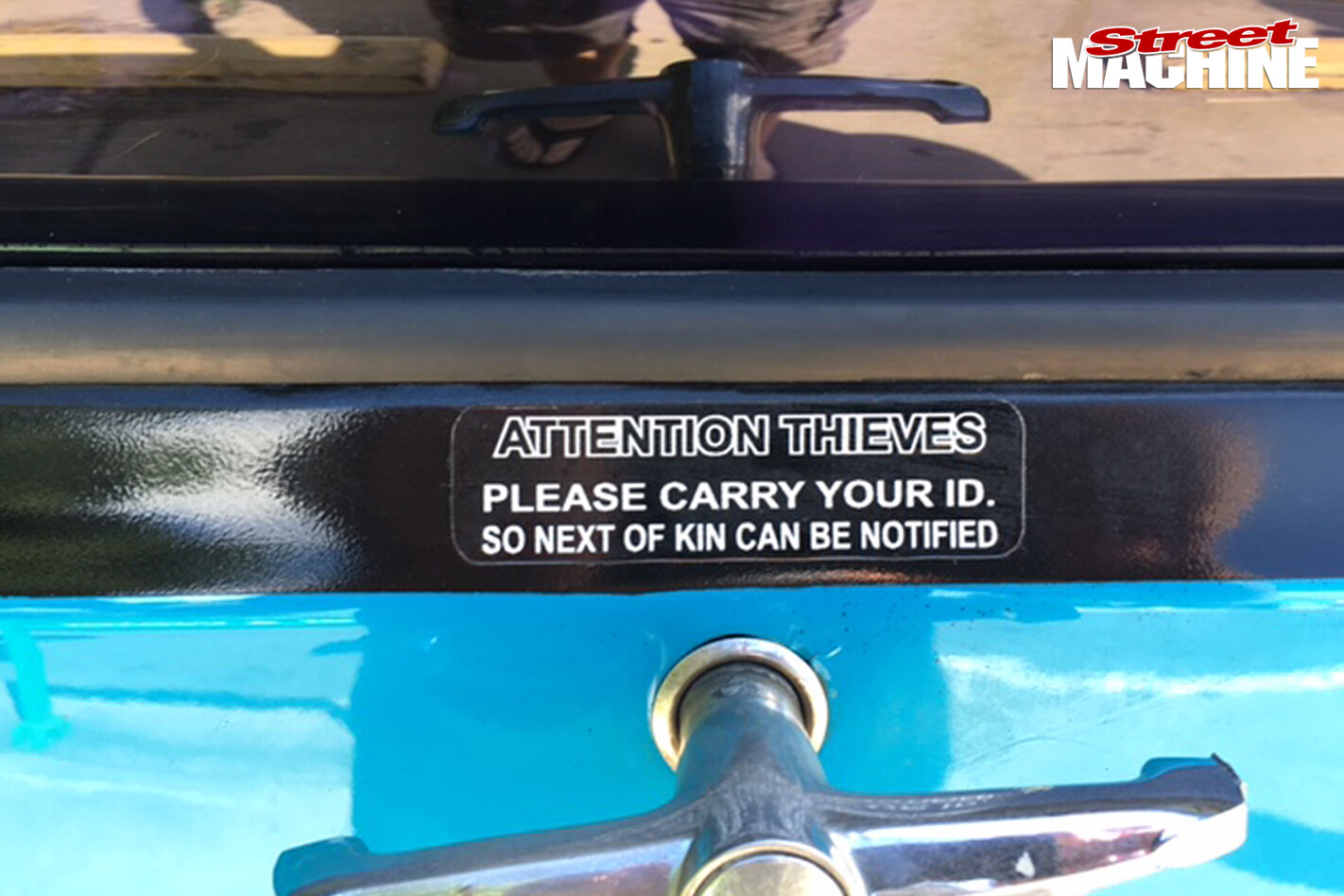 I knew it! A Lion tribe brother. John (for that was his name) and his missus were on their way back to Rocky from Daintree. They had been doing a five-day holiday with their General Motors motel. His missus told me the PV uses $25 an hour in juice. I replied that there is no resort on the planet as cool as the one she’d stayed in the past five nights.

We stayed and yarned for about an hour, then I thanked them for giving me time and giving everyone this van to ogle, and tried to express that it really had been a pleasure to me. Then we went our separate ways. 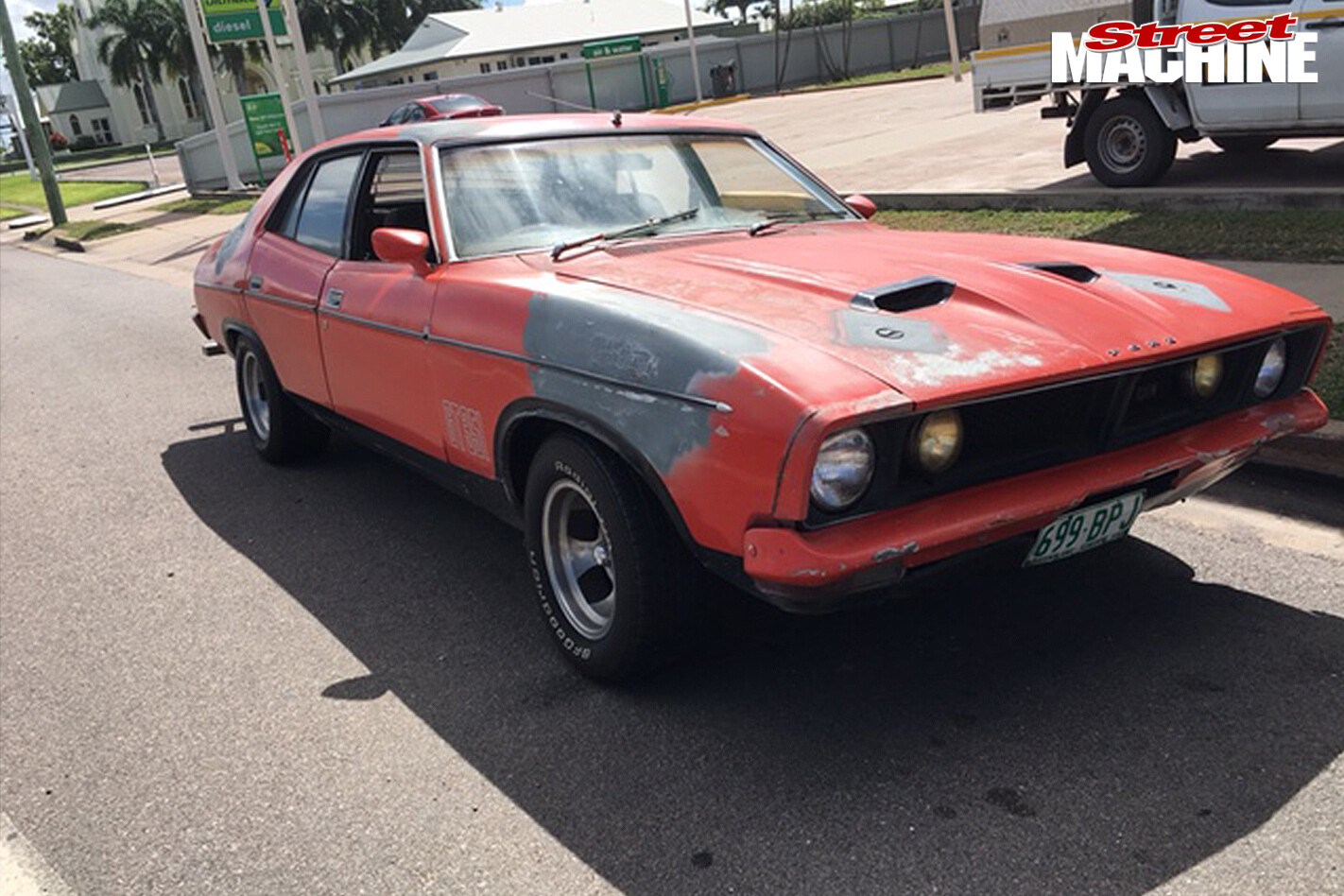 As I walked across the forecourt of the servo I snapped a video of them leaving so I could capture the rumble, then it was time to hunt down the sausage roll that had been haunting my daydreams and causing my tastebuds to leak like a 4V donk.

With roll now in hand, I drove out of the car park. I gave the sauce a squeeze and it blasted perfectly onto the pastry. “Bullseye!” I excitedly yelled at the dash. Having loaded my roll with sauce and not deflowered my shirt, I was as smug as a 21-year-old highway patrol officer. I decided to drive down Main Street, as I figured there might be a few white pointers about. I was still excited and happy about my chance encounter with the Sandy. I had just begun mentally debating the merit of garlic versus cracked pepper in a potato pie when a red blur passed in the opposite direction. The GT351 decal caught my eye, so I spun around to catch a better look. I saw rust, primer, original colour and that decal.

Within two seconds I swung harshly off the tiller one-handed, wanting to check that Falcon out, but common sense, gravity and pastry defeated me and my sauce-correct sausage roll escaped my grip and slammed upside down onto my shirt like Bill Brown in 1971 at Bathurst. But I didn’t care – I needed to chase this Falcon. 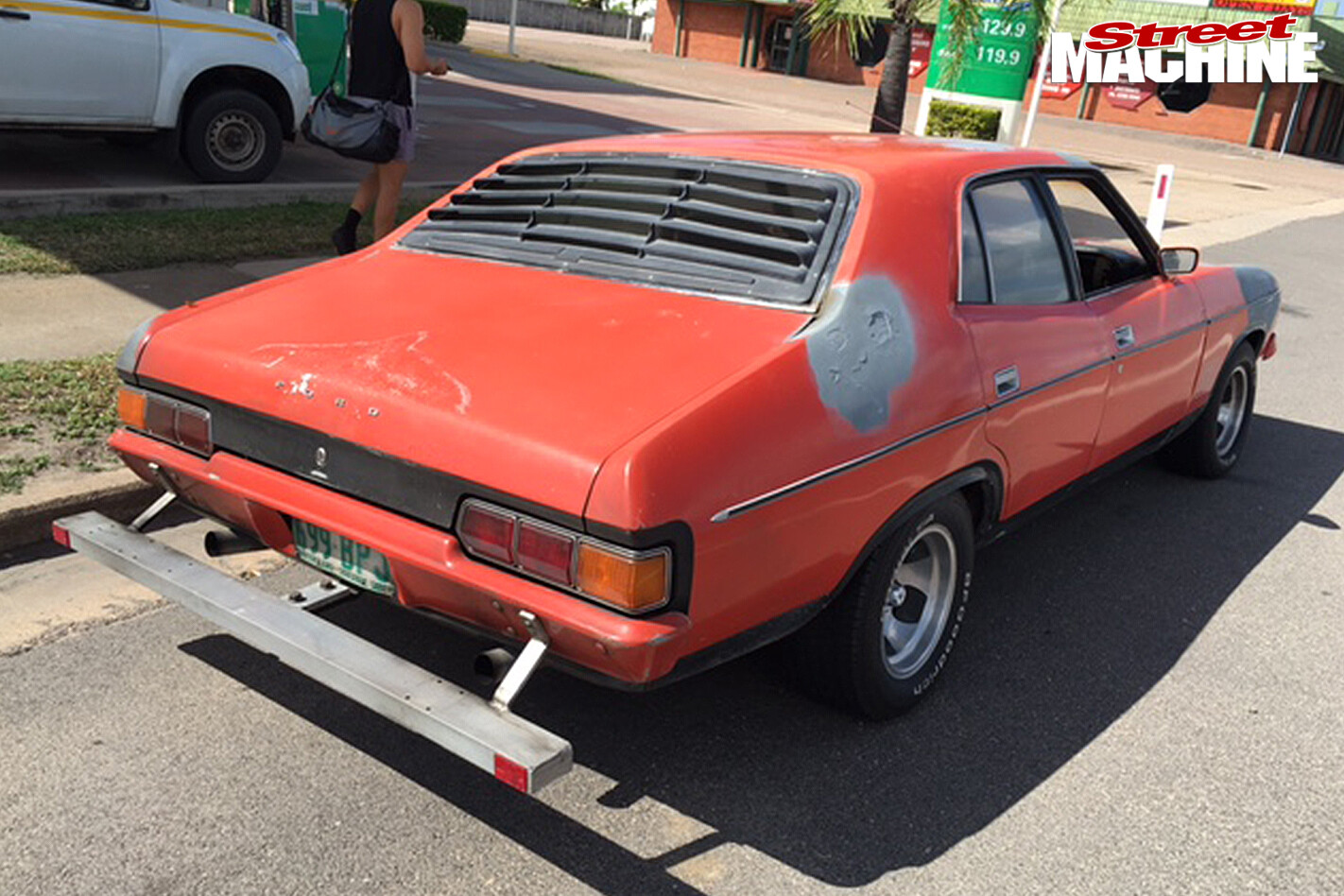 I followed the car through a couple of streets before it pulled over out front of a servo. I bounced out of the car and asked the bloke: “Mate, could I grab a photo or two of your Falcon?”

“No problem at all, bluey,” the old fella replied. “She is genuine,” he added.

“She is beautiful, mate,” I replied.

“Needs a paint job,” he reckoned. I told him of my love for unrestored muscle cars. Turns out he bought his GT351 from Max French Auto Centre in Taree, NSW, and had driven this Falcon to work every day for 25 years. He said he wanted to get it painted in the next few years, but I let him know that I thought it was a very important car and perfect as it was. A GT daily-driver is something very, very special.

When I finally get to buy my genuine HDT Brock, I am going to daily-drive it, holiday-drive it, drag race it and do burnouts in it. It is going to see more road then a Linfox bullbar. 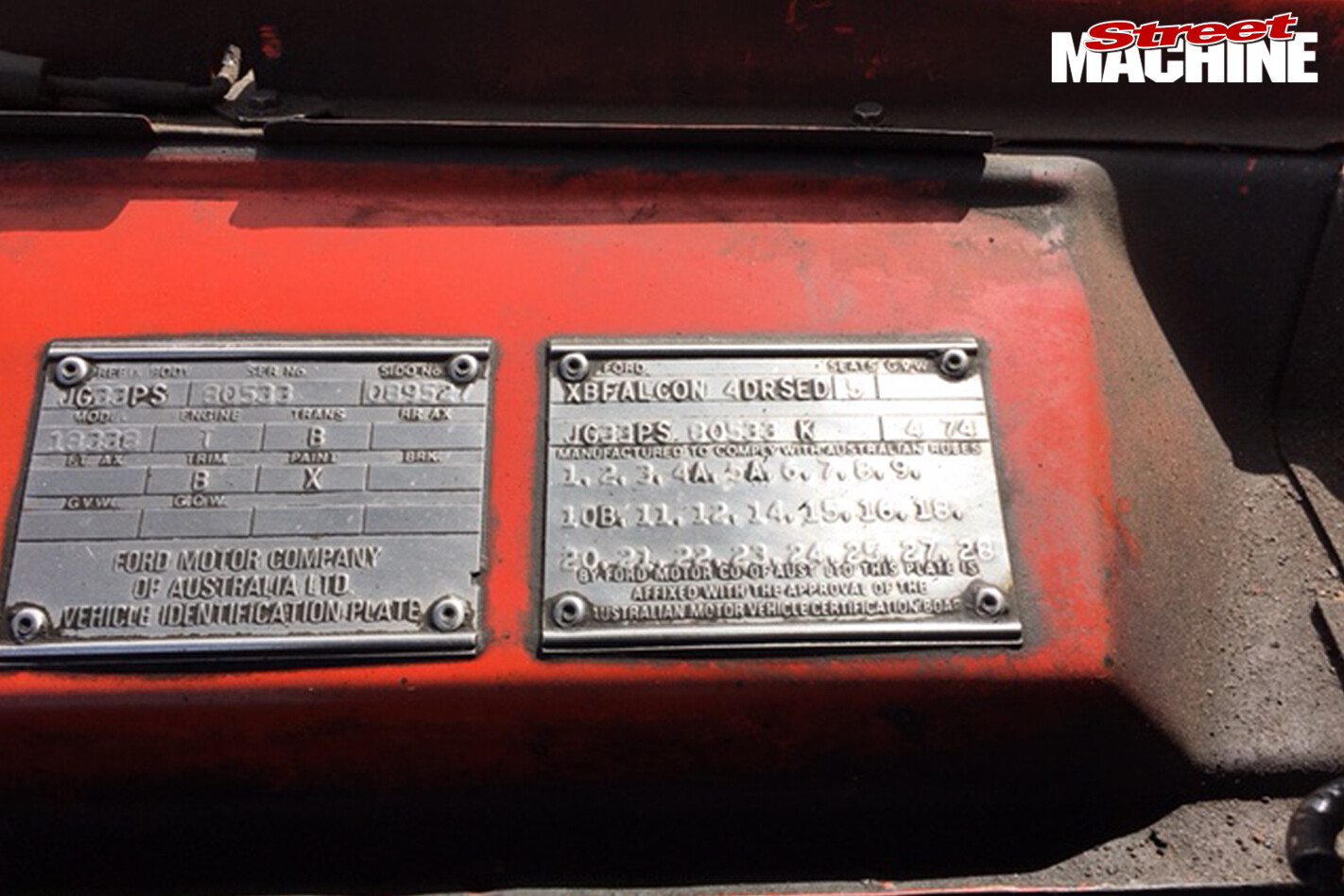 We yarned for 90 minutes, and the whole time I couldn’t help but notice him staring at the sausage roll sauce damage to my shirt. I pretended it was normal.

Finally, I shook hands with the man and departed, feeling happy to have met him and his Falcon.

When I jumped back in my ute, I saw my poor sausage roll on the floor mat. It was actually not too badly damaged – my shirt took most of the impact. I considered eating it – no one will know! Then I considered going and getting a replacement one. I decided to do both.