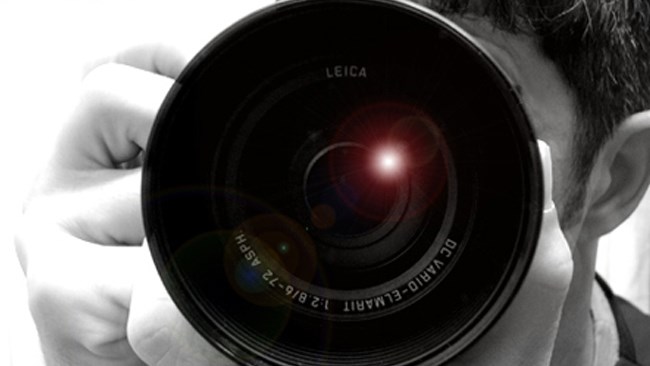 You love your car but you can’t always be with it, which is why you need a good photo.

So it’s surprising how many street machiners seem content with crappy snapshots when it doesn’t take a lot of effort to get something much better.

A camera is basically a box for capturing light. Where you point the camera obviously decides what’s in the picture but there are two settings that really make the image: aperture, which determines how much light gets in, and shutter speed, which controls how long it gets in for but if you don’t want to worry about that, select the auto setting and the camera will do the thinking for you.

Although we’re only looking at digital cameras, you still need to know a little about film speed. This is the ISO function and it determines how sensitive the digital sensor is to light — you can change it to suit conditions. The higher the number, the more light-sensitive it is, so the shutter speed can be faster to avoid blurred shots. High ISO settings tend to give ‘noisy’ pictures but in low light can be the difference between something and nothing.

Digital cameras offer many advantages: bad shots don’t waste film. If light conditions change, you can tweak the ISO. Want black and white? No problem. Did you get the shot? Just look at the screen. However, you can become lazy, endlessly snapping but never taking the time to get it right. Remember that if you shoot 1000 photos, you’ll have to look at 1000 photos to find the good ones. And while the camera screen is handy, don’t depend on it because out-of-focus shots often look fine there.

To give you a taste of what’s available, we looked at six cameras at various prices, three compacts and three single lens reflex (SLR) models. Next month we’ll look at shooting techniques. Prices were sourced online at www.digitalcamerawarehouse.com.au.

Compact cameras pack body, lens and flash into a pocket-sized package that you can carry every day. Most offer a decent zoom function, so you can get close to the action, but few offer a very wide view, meaning you have to stand some distance away to get a whole car in the frame. That can be difficult in a show. They lack the versatility of an SLR but learn how to use what they offer and you’ll still get great results.

SONY DSCS730 $161
FOR less than $200 you get a 7.2 mega-pixel (MP) compact that’s small enough to slip in a shirt pocket (91.4x61x29.1mm) yet powerful enough to grab high-resolution images that you could print out across two pages of this mag. The zoom lens is equal to a 105mm telephoto, which is great for getting shots at the burnouts or drags if you’re towards the front of the crowd.

There’s a further digital zoom function too but with any camera this is best left alone. At 35mm, the ‘wide’ end of the zoom is limiting for the show environment — you’ll have people walking in front of you as you’ll be standing quite far away to get a whole car in. It doesn’t let you to take control of the photo directly but has a range of scene settings (landscape, beach, portrait etc) and picture effects (eg, black and white) that allow you to choose what result you want and control the camera that way.

With a fast ISO 1250 setting, low-light shots are also possible, though don’t expect the quality to be class-leading. On top of that lot, you get a video function too, so you can enjoy moving memories of the burnouts.

OLYMPUS 1030SW TOUGH $525
TOUGH? It’s waterproof to 10 metres, shockproof dropped from two metres, can withstand 100kg standing on it, and operates down to -10C. On top of that, Olympus claims it’s ‘nightproof’ with an ISO 1600 setting, and ‘shakeproof’ thanks to an image stabiliser that allows you to shoot at slower speeds that normal without suffering camera shake.

Like the Sony it doesn’t have a viewfinder so you frWWWame your shots on the screen. That uses more battery power than compacts that have a viewfinder and allow you to turn the screen off. A big plus for car shooters is the reasonably wide 28mm lens, letting you get your shot from a lot closer. It runs out to 102mm on the telephoto end, so you can still get track action.

It has a mass of settings for different scenes, including underwater movies! The waterproofing suggests it’d resist the dust and tyre smoke at your typical V8 event. And with 10MP, big prints are no problem.

RICOH GX100 CAPLIO $739
RICOH’S GX100 has a viewfinder but it’s digital like you’d find on a camcorder and it’s removable, slotting into a hot shoe which can also take an external flash. It swivels up too, so you can look down into the viewfinder to frame tricky low-angle shots.

But the biggest bonus here is the range on the zoom lens. It’s the widest we could find in the class, running from 24mm out to 72mm. The telephoto end might leave you a little short of the action at bigger events but provided you can stand reasonably close, the 10MP sensor will get you good results.

But for getting shots at the show ’n’ shine, the 24mm view is gold — an optional wide adaptor takes it to 19mm if you need more. It offers full manual control and you can shoot RAW rather than JPEG images. RAWs are unprocessed image files and allow more flexibility in the ‘digital darkroom’. It also offers movie recording and a wide range of ISO settings, in this case from 64–1600, as well as a host of scene modes.

CANON 400D $665 (body only)
ALTHOUGH Canon has brought out the 12.2MP 450D, the two exist side-by-side and the 400D is a bargain. This 10MP SLR is popular as it’s easy to use, small and light (for an SLR) and capable of outstanding shots.
The price listed here is without a lens — like most manufacturers, Canon also offers this in a one or two-lens kit, and many shops will have offers including other lenses as a package. Make sure the lenses match your needs before you buy. How wide you go and how true an image you get depends on how much you want to spend but Canon offers a 10-22mm super-wide lens designed for these bodies.

At the wide end, there’s noticeable distortion but you’ll be amazed how close you can stand and still see the whole car. Capable of much faster shooting that most compacts, at three frames per second, it’s good if you want to capture some action. And with self-cleaning technology built in, it’s pretty dependable out in the dust and smoke.

PENTAX K20D $1249 (body only)
MOST SLR photographers seem to use Canon or Nikon but there are alternatives. Pentax has been winning fans and the new K20D packs features that you’d only expect on more expensive models.

At 14.6MP, it’s got a high-resolution sensor and combined with the latest version of Pentax’s noise-reduction technology, that will help ensure good results even at high ISOs — handy in a camera capable of ISO 6400, making available-light night shots much more achievable for those times when you just don’t want to use flash.

The body features image stabilisation, which means it works with most Pentax lenses; some manufacturers build the stabiliser into the lens, so you’re paying for it with each lens. Capping off the deal, it features dustproof and weather-resistant seals, making it an ideal choice if you frequently visit the outback or go to a lot of burnout shows

NIKON D3 $6490 (body only)
IF YOU’RE in the market to spend this kind of money, you should know what you’re doing — this is professional gear. At 12.1MP, there are cameras with bigger pixel counts but this Nikon packs a full-size sensor (as big as a frame of 35mm film; most sensors are smaller) and boasts a mind-bending ISO 25,600 setting!

You could shoot by candlelight and get a result. The frame-rate it’s capable of (nine frames per second) means you’ll never miss the action, either. A high-res three-inch screen gives you a better idea of what you’ve got than many rivals. If you know what you’re doing, you can play with every single factor that affects your final shot on a camera like this. But the body means nothing if you put crap lenses on it — spend up to get good glass or you’re wasting your money.

CAMERAS are like cars — buy what you need. Go to a shop and play with various models. If you don’t like the camera, you won’t enjoy using it. Keep some cash for spare batteries and memory cards plus a bag. Then get out and get shooting! We’ll give you some tips on that in part II... 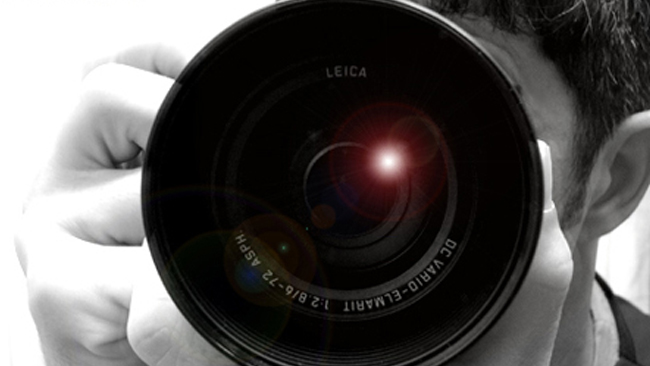 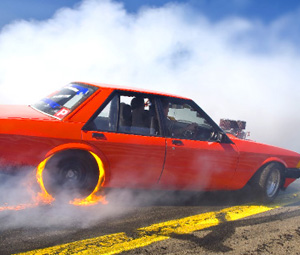