We chat to Adelaide’s Jason Riding about his cars, his business, and his dog Oi!

ADELAIDE’S Jason Riding has been turning sick rides out of his workshop, Lonsdale Autoshop, for nine years. As he heads towards a decade of disc brakes and double-pumpers, we head down ‘souf’ for a Coopers Pale Ale with the man himself. 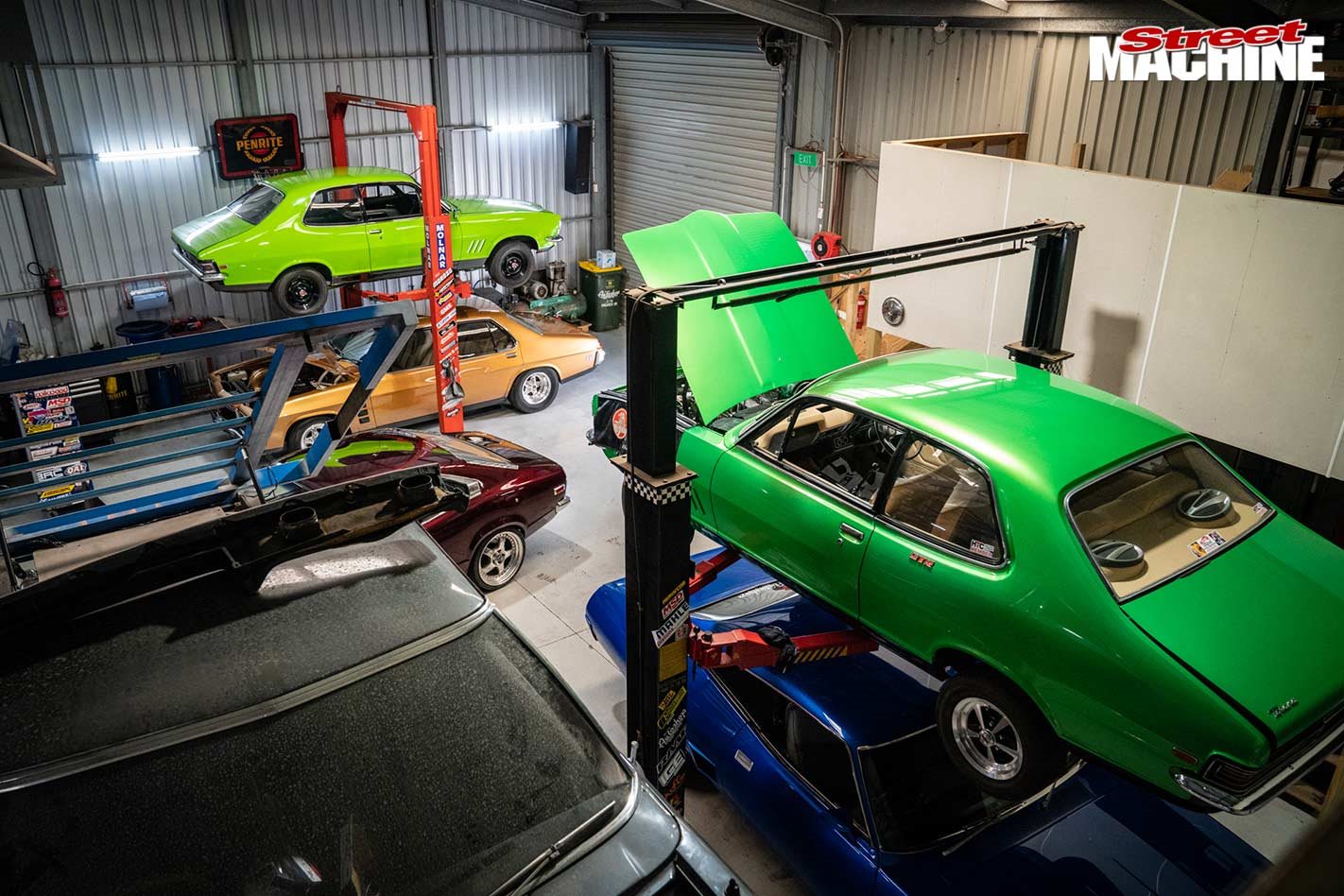 You live and breathe tough cars; was that always the case?

Nah, I was more into skateboarding as a kid. Then one of my mates bought an EH Holden with a single door welded up; it was like a two-door on one side and a four-door on the other. We’d cruise along Moana Esplanade and drop burnouts on Beach Road; I thought it was the best thing ever. 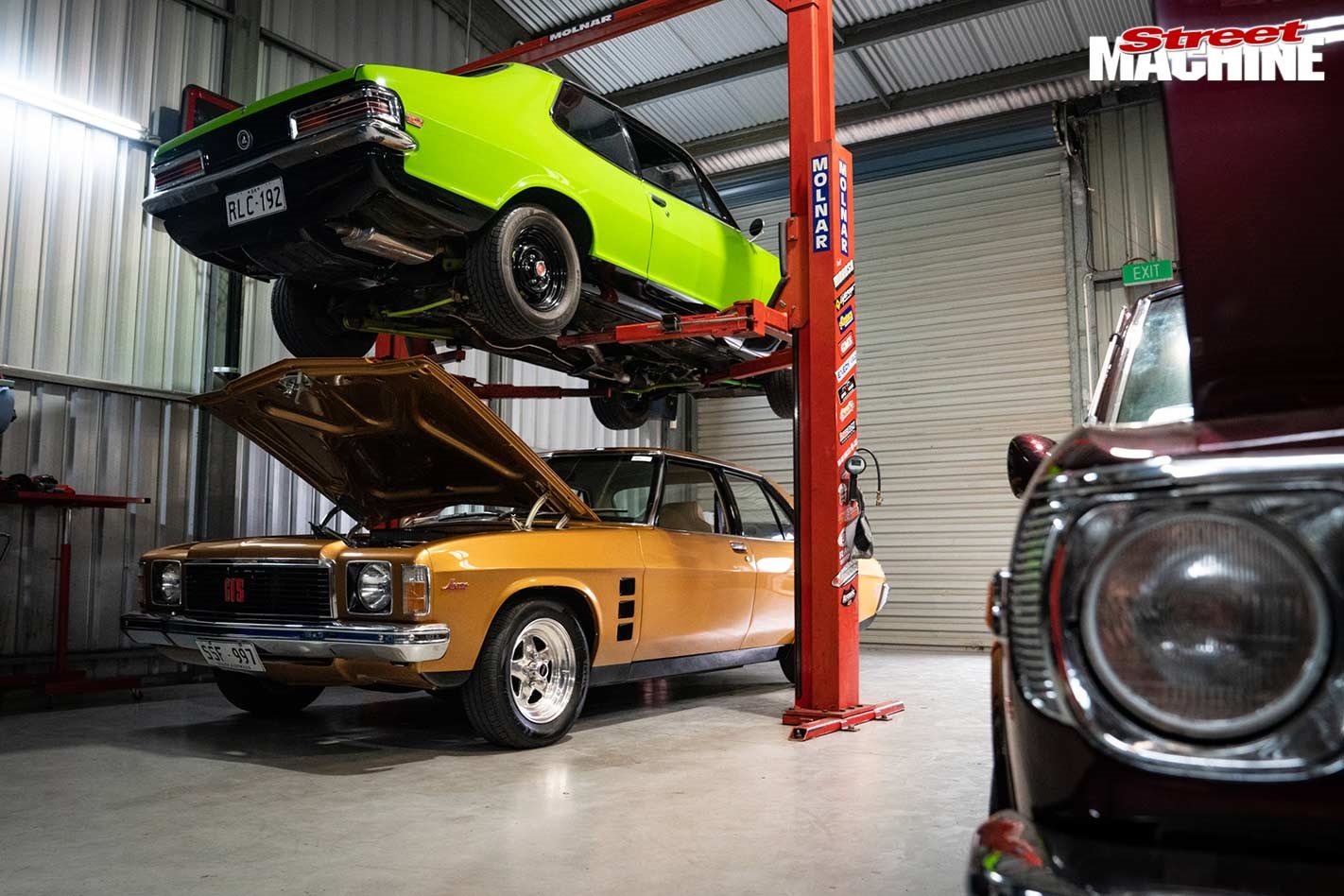 You’re building a tough EH Holden for yourself, so was your path to EH-dom directly via your mate’s three-door?

Ha ha, not quite. My uncle had a V8 XR Falcon. It was so sick when he smashed the throttle, I bought one as my first car. Obviously, that was a mistake, so I did it up and swapped it for an EH Holden. The EH had rust so bad my mates named it ‘Elephant Holes’ and would chuck their iced coffee cartons through the gaps in the floor. I ignored all that and put some chromies on it. I was forever frigging around with it – a big Holley, twin carbies, a set of triples – but it was always too slow. That’s when I decided to chuck a V8 in it. 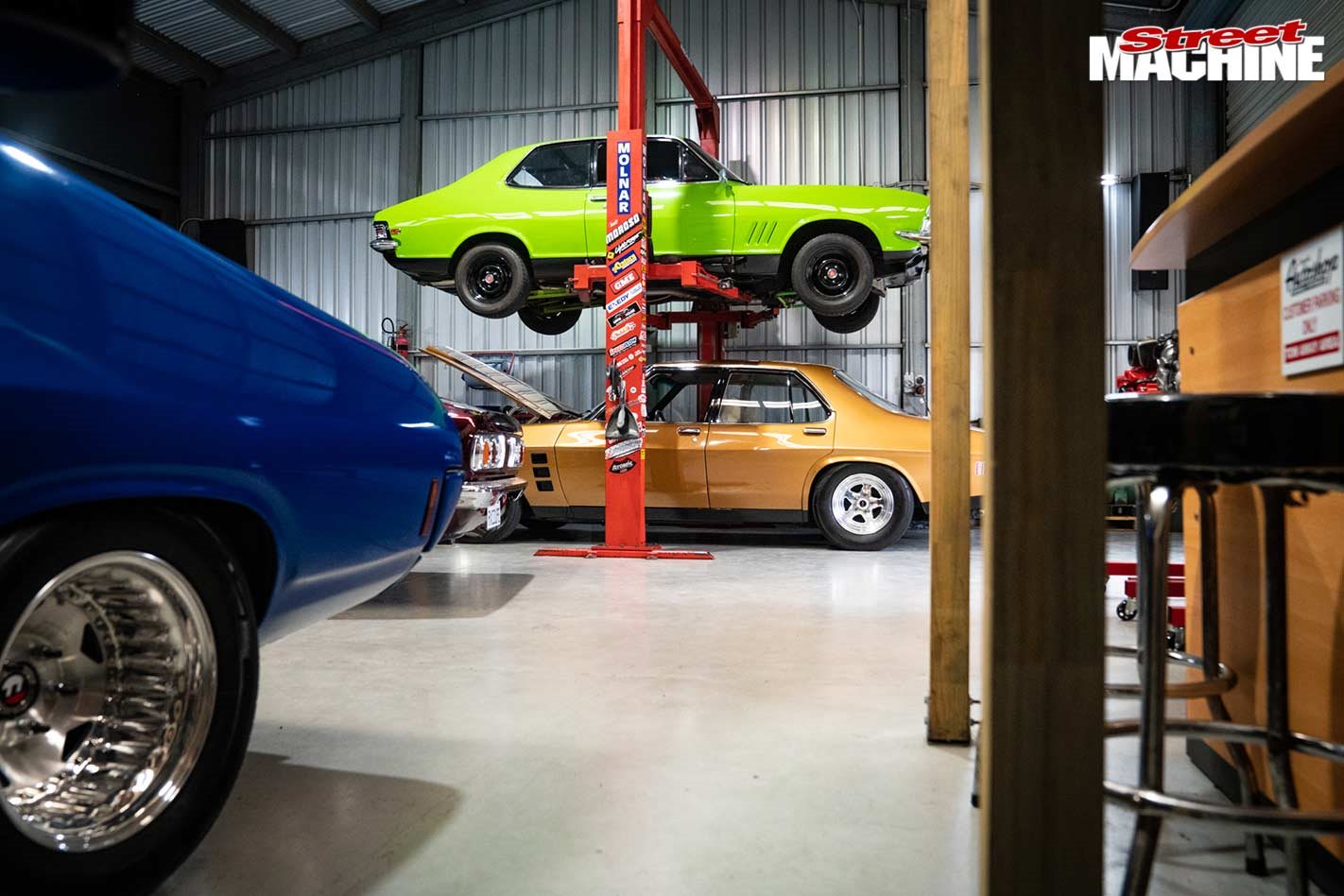 What was your gig before Lonsdale Autoshop?

I actually started out as a cabinet maker, but it was shit because I wasn’t earning enough money to build a cool car! I successfully applied for an aircraft mechanics apprenticeship with Qantas, but they sent me this wicked letter stating that they couldn’t give it to me because I didn’t live in Melbourne. I was devvo. They gave me a heaps good reference, but. 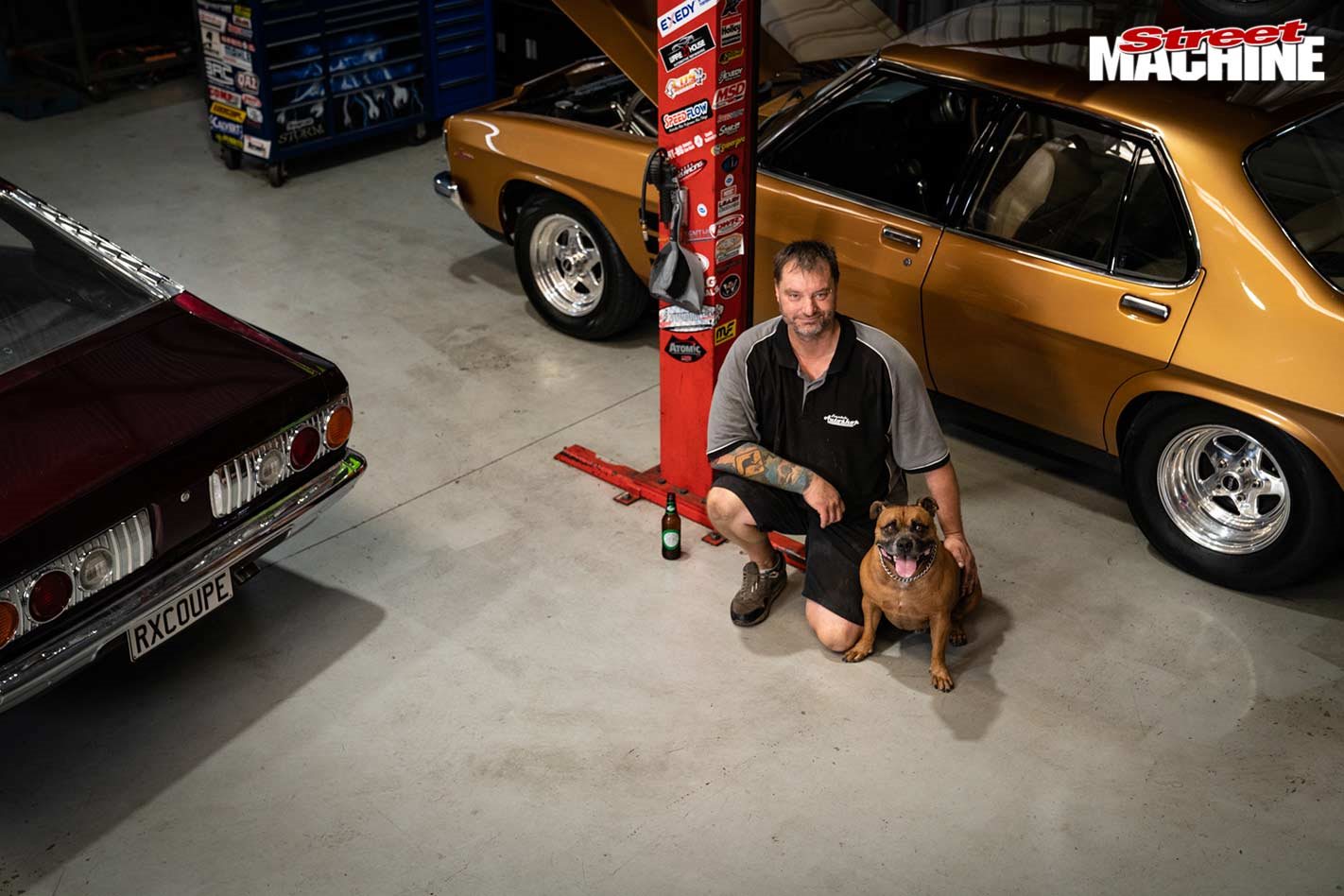 Jason put on an apprentice a while back, and although Jaiden’s a handy lad, the shop dog Oi! has been around a lot longer. If you’re wondering what sort of dog toy can survive those mandibles, a steel-belted go-kart racing slick is so far the only thing Oi! has kept for more than five minutes

So where to from there?

I got a mechanics apprenticeship through the MTA. Because I always wanted to focus on the performance stuff, I went to a bunch of dyno joints in my first year; however, in my second year I worked for RAA Roadside Assist down at Victor Harbor. I was mainly helping surfies get their keys out of their bong-wagons. Then I ended up at Southgate Holden for a few years, but I just couldn’t service Commodores all day. I’d keep asking: “Can’t we pull a trans out or something interesting?” So, if there was a big, shitty job nobody else wanted to do, me and another guy would do it. 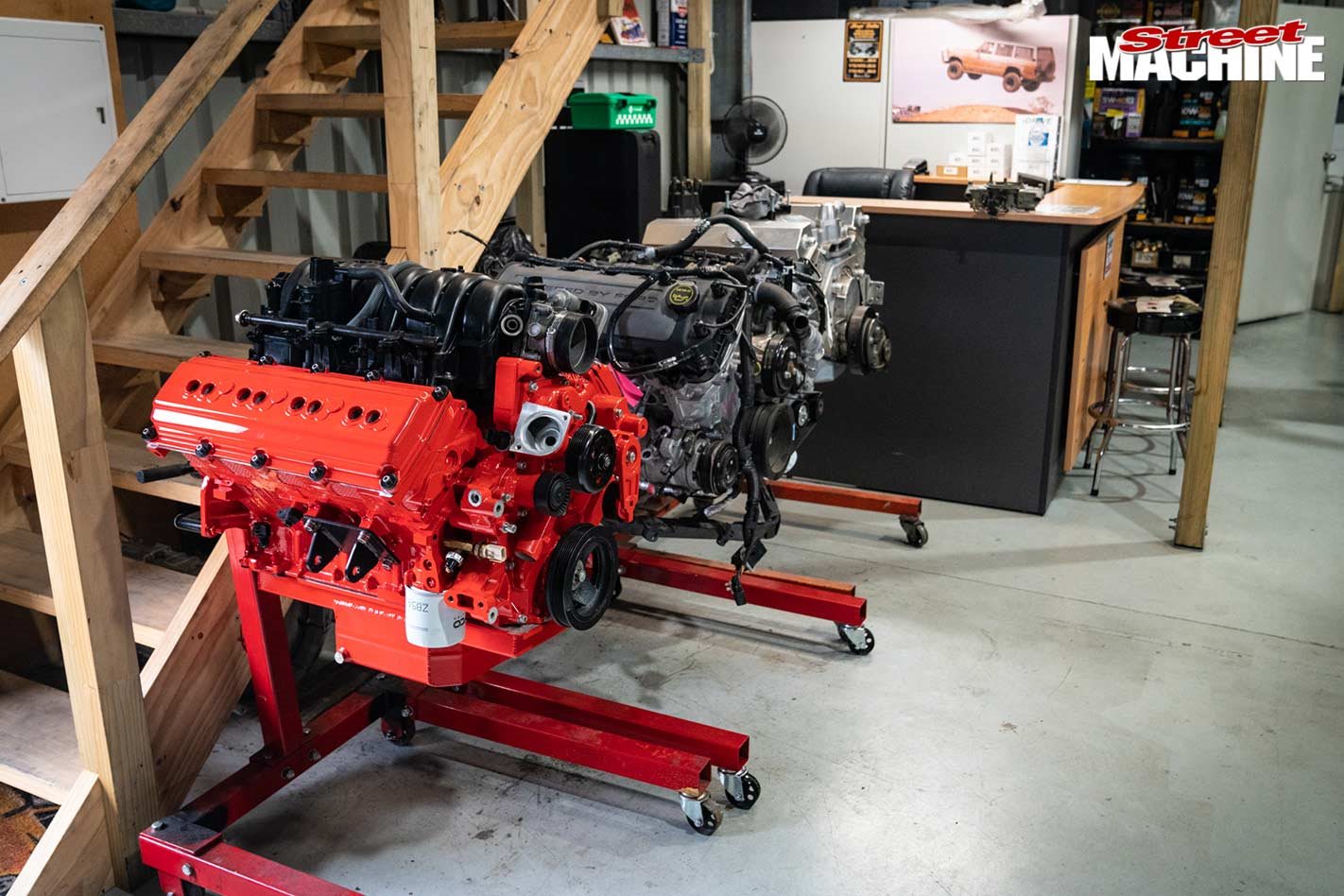 Then you founded Lonsdale Autoshop?

Nah, I was working for another workshop when the owner – no shit – started his own religion and began acting really weird, so I cracked the shits one day and left. I was visiting my mate Michael Cotter most days after work to talk shit, drink beer and help out at his new workshop, so I went there and told him I’d quit. He offered me a job, and six months into it he announced he was heading back to the mines and that I should buy the business. Nine years and two premises later, here we are: Lonsdale Autoshop. Now at Seaford, ha ha! 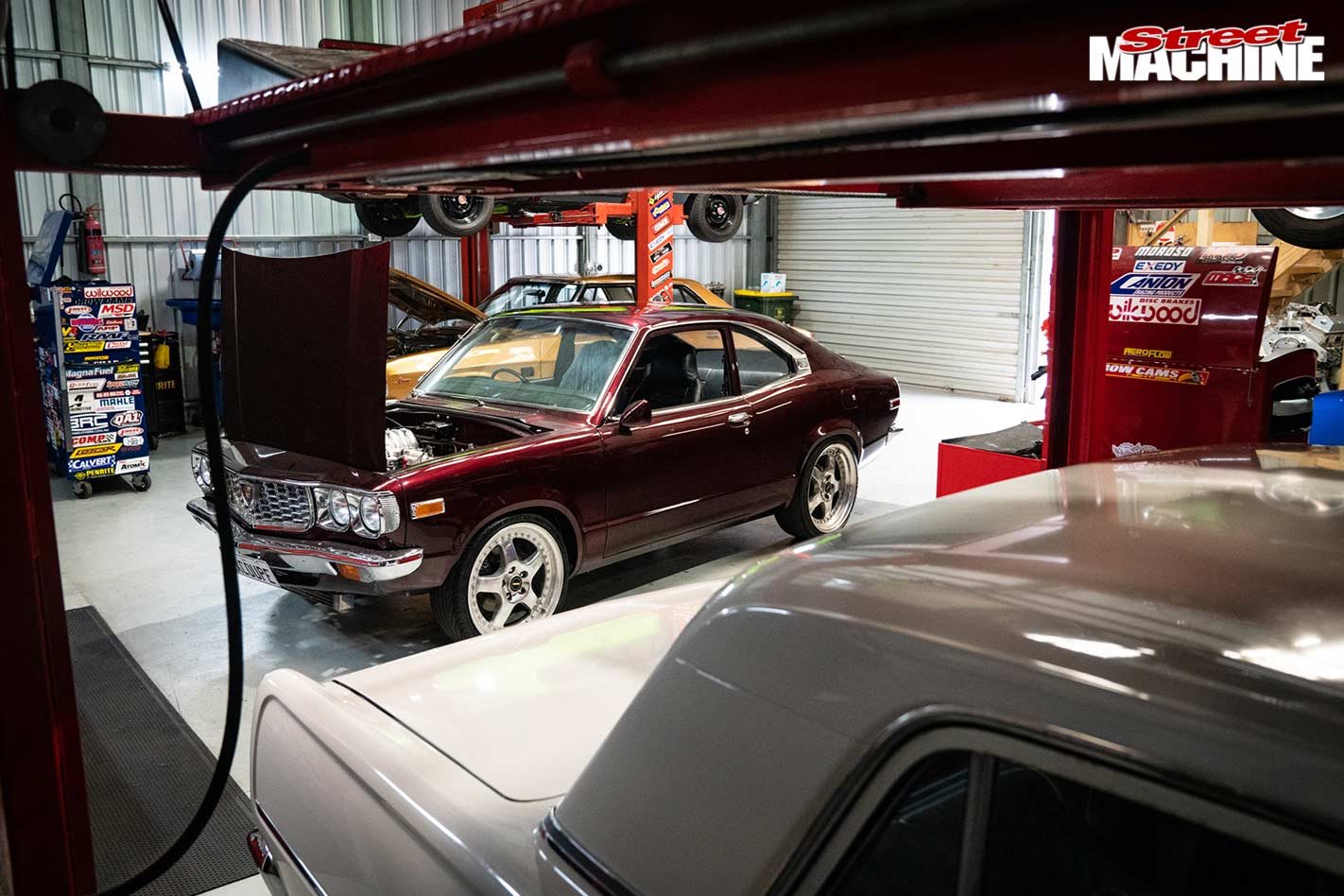 Lonsdale Autoshop has Aussie steel stacked sky-high, but Jason loves to work on anything with a chrome bumper. He’s installed an SRT8 6.1-litre Hemi into a VK Charger, a 5.7-litre Hemi into an AP6 wagon and a Coyote motor into a 1975 F100, among others. The RX-3 was the first long-term project Jason took on, and it’s just about ready for the road

What’s the secret of your success, Jase?

Aside from doing a good job, you’ve got to have the right connections. I’ve worked for plenty of places in SA, and those good connections I’ve made over the years are paying off. Once you’re onto a top bloke for those sublet jobs, you stick to them. Down south of Adelaide, there are heaps of great guys like Adam at Southern Classics & Customs, Davor at Performance Auto & Dyno, Trav at Warehouse 27, the guys at Southern Steering & Suspension, Lonsdale Engine Worx – heaps of others. We generally all help each other out. 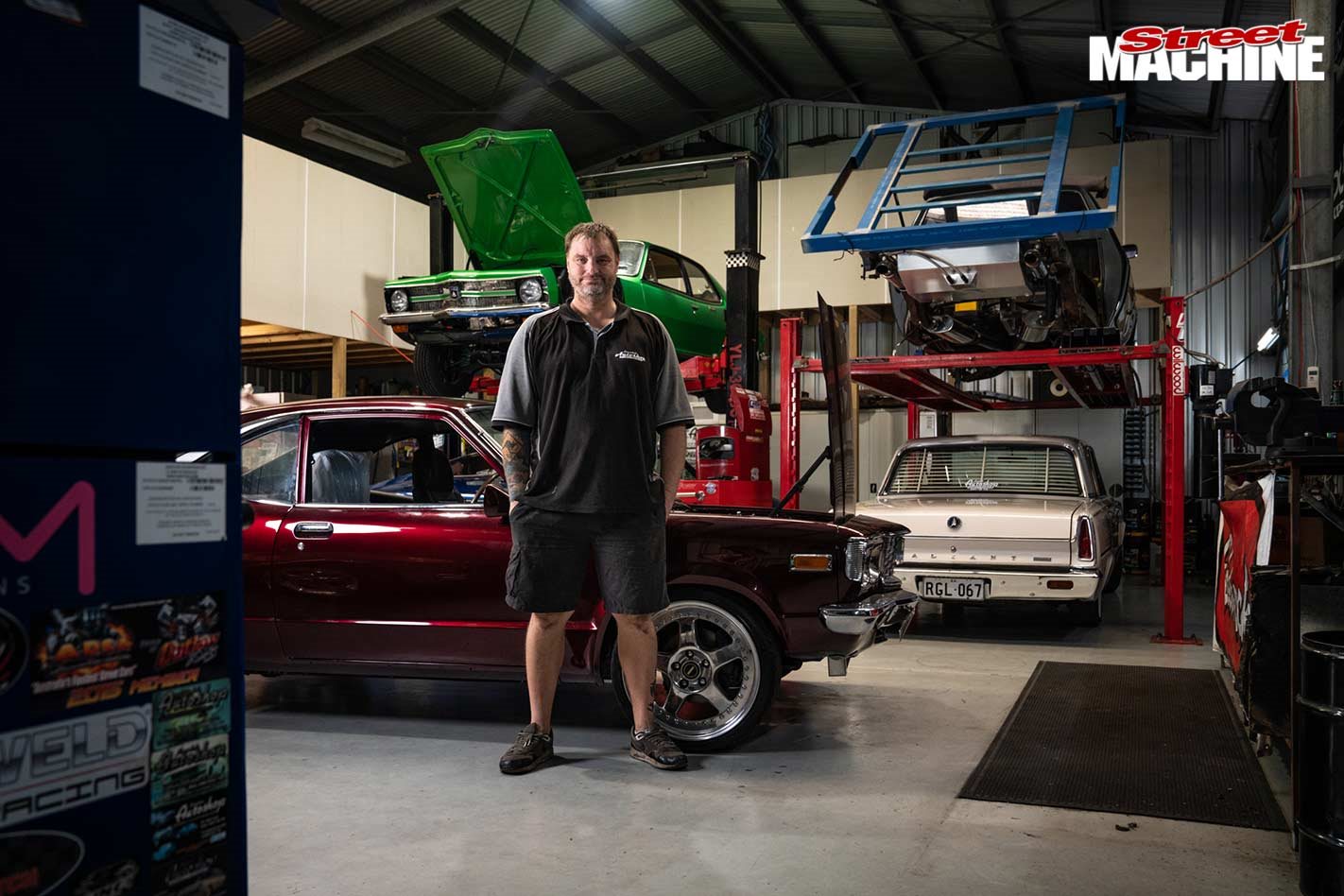 Anybody you need to thank?

My partner Jess. She believed in me and helped me build the business up to where we want to be; we’re now 100 per cent project-based, performance-enhancing old-school specialists. I couldn’t have done it without her; she’s my living legend.