THE Far North Queenslander had scored a Burnout Masters invite to the event thanks to her efforts at Red CentreNATS, so we caught up with her to find out how it all went.

How was your Summernats 33 experience, Leteisha?

It was awesome! Last year I went with my brother Jay’s Tiny Towing Suzuki burnout car, but this was my first time as an entrant. Everyone warned me about the big camber on the sticky burnout pad, so while I was anticipating that, it was new to me and I feel I did a poor first skid. By Saturday the car had issues, including no power steering or power brakes. I had nerves galore, but went out, changed my driving style and popped the rears almost simultaneously – my mates started calling me ‘Bang Bang’! During the Sunday Championship round I lost power mid-skid thanks to an electrical fault. I couldn’t restart it and I had to be towed off. I was disappointed that I didn’t get to pop the tyres, but in the end that’s motorsport. 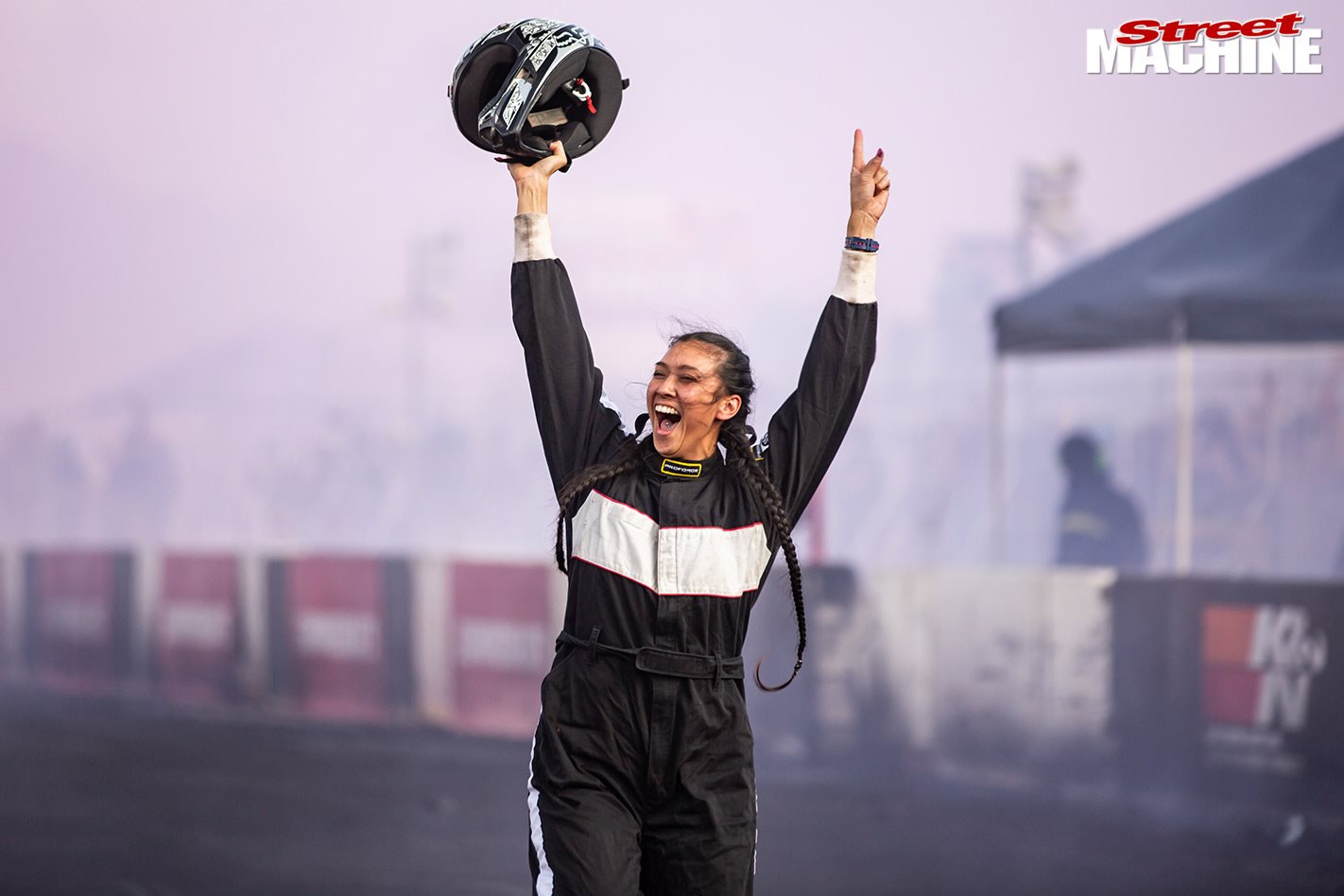 Tell us about PARTY TIME.

It’s a VH-bumpered VK Commodore that we bought as a shell about six years ago. 2019 was the first year I competed in it. It runs an LS1 with custom camshaft and head work, twin throttlebodies and velocity stacks. It’s nothing too flash, putting out 345kW [462hp] at the wheels. Behind is a TH400 and standard LSD Commodore diff with 3.45:1 gears and a four-link rear. Now we need bigger tubs to tuck the tyres under further so as not to damage the new custom three-layer pink pearl paint. Mary and Nathan at Knight’s Bodyworks in Cairns gave it a full respray in a two-week timeframe ready for Tropical Meltdown last year. I wanted a different colour to others in the FNQ scene, and they nailed it!

How’d you fare at Tropical Meltdown?

It was really exciting; I won the V8 class and Best Lady Skid. Then at Red CentreNATS I came second in the Burnout Championship and won the Summernats Masters invite. It’s been a crazy year, but we are lucky that we can factor in the time off, as my partner Liborio and I own and run LG Automotive & Dyno in Townsville and Cairns. 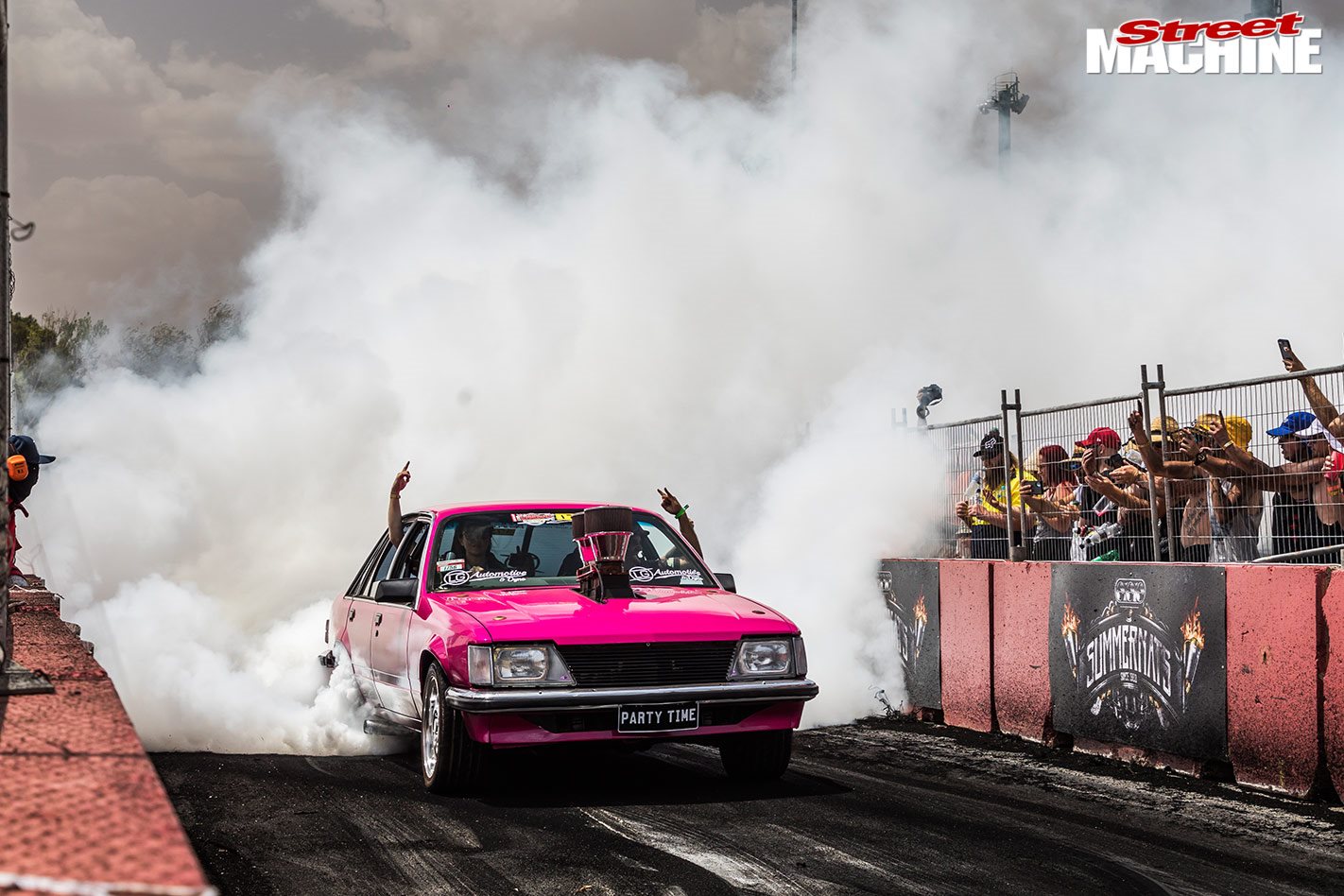 Why the PARTY TIME plates?

It was nicknamed ‘The Pig’ at first, as it had no power steering. Then once we spent time and money on it, Liborio came up with PARTY TIME, as it’s a good time when friends and family help us out with the car. Plus, when I’m about to do a skid I can say: “It’s PARTY TIME!”

We’ve talked of upgrading to an LS3, and everyone tells us to also go blown. I plan to compete again at the Northern Nats and Tropical Meltdown, and I’ll keep taking female passengers to encourage women into the sport. I’m also continuously improving my driving skills; I still have a lot of learning to do.