Passion comes in many forms, and the twin obsessions of Brisbane’s Mark Dearlove are quite diverse: vintage Redline BMX and old-school Chevrolet. With an impressive collection of both, Mark has come a long way since cutting his teeth on a Kmart-spec Amaroo pushie and KE10 Corolla! 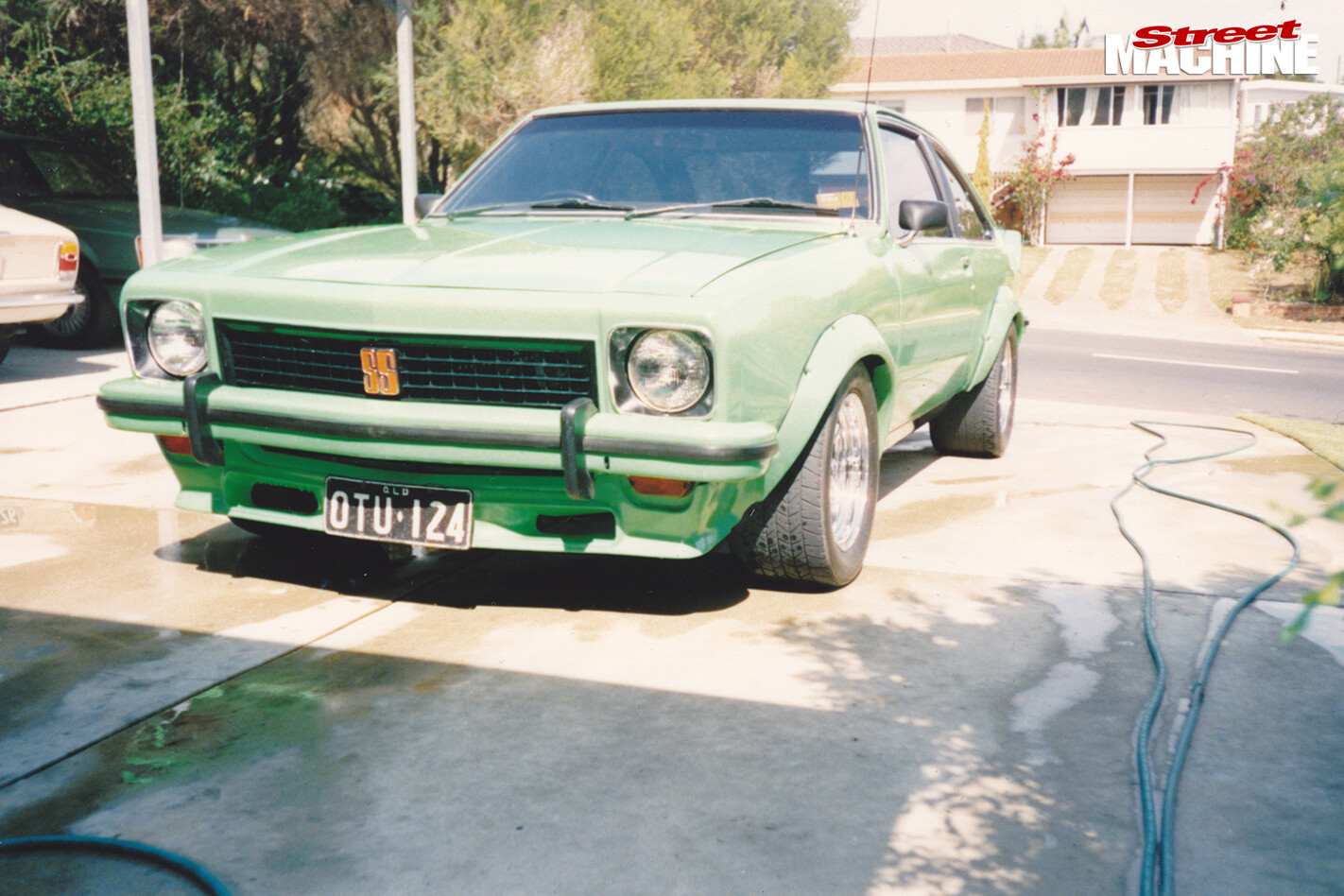 Mark worked at the local Jack the Slasher supermarket – remember them? – during high school, and with the extra coin came a steady diet of car magazines and dreams of owning a Torana. “It was 1986. I’d thrashed the Corona for six months and needed to step it up,” he says. “I wanted an XU-1, but they either had bad engines or bad bodies, so I bought this Mint Julep Torana hatch instead. It was a genuine 253 and M21 SS with a banjo diff – I smashed heaps of those; the original skinny 13-inch tyres just spun effortlessly. It ended up running a tough 308, Top Loader and nine-inch with SAAS seats, Dragways and a full A9X bodykit. I sold it in 1995 to pump some money into my ’57 Chev project.” 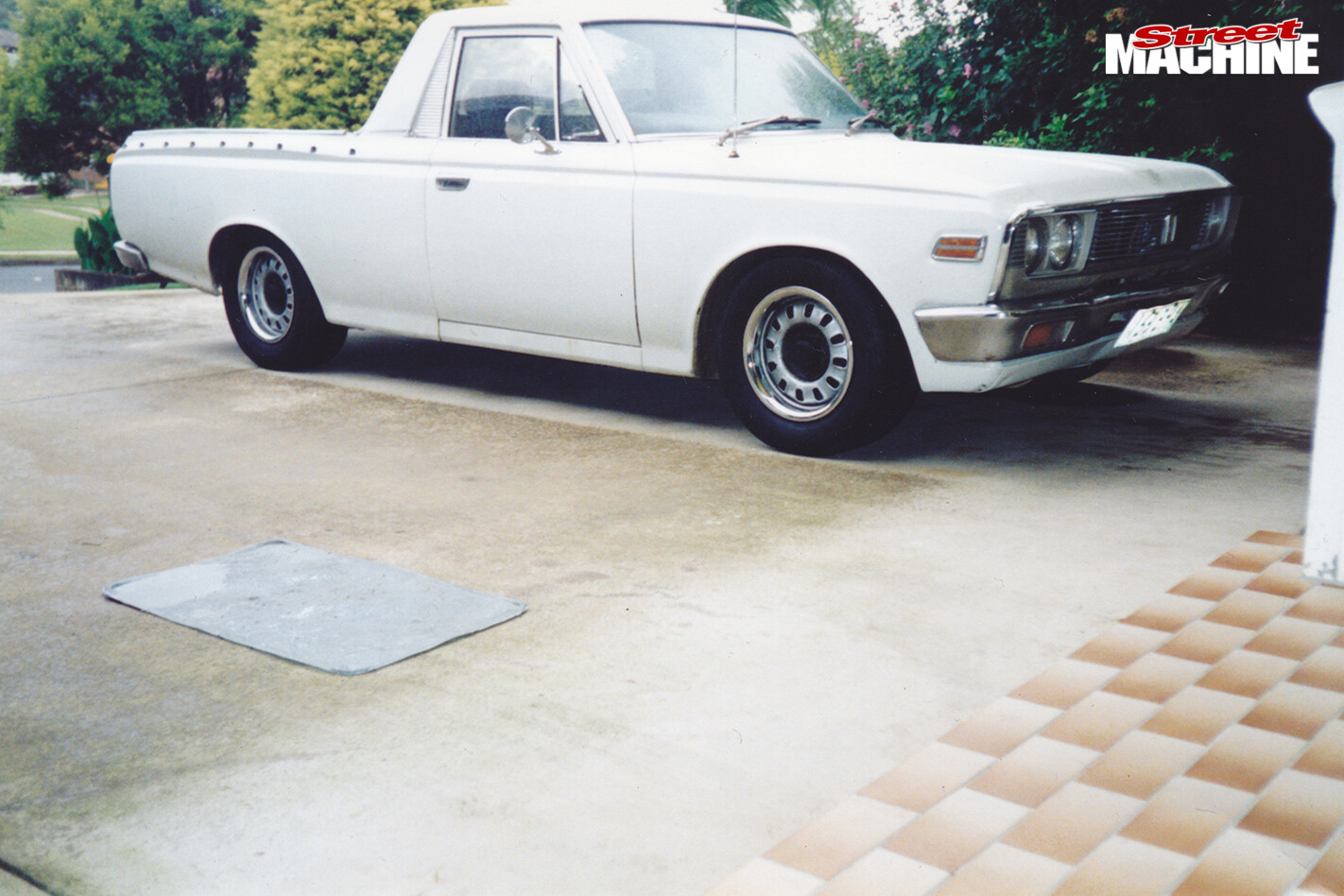 In 1995 Mark bought this 1970 Toyota Crown ute off his mate Darren Orr. “It was an awesome daily driver and ran a 5R four-cylinder,” he says. “I fitted a set of 12-slots and lowered it by cutting the front springs – as you do – with blocks in the rear. It was uncanny; people would just give me stuff and it would always fit – a Holden V8 radiator and Weber carb were two easy upgrades.” 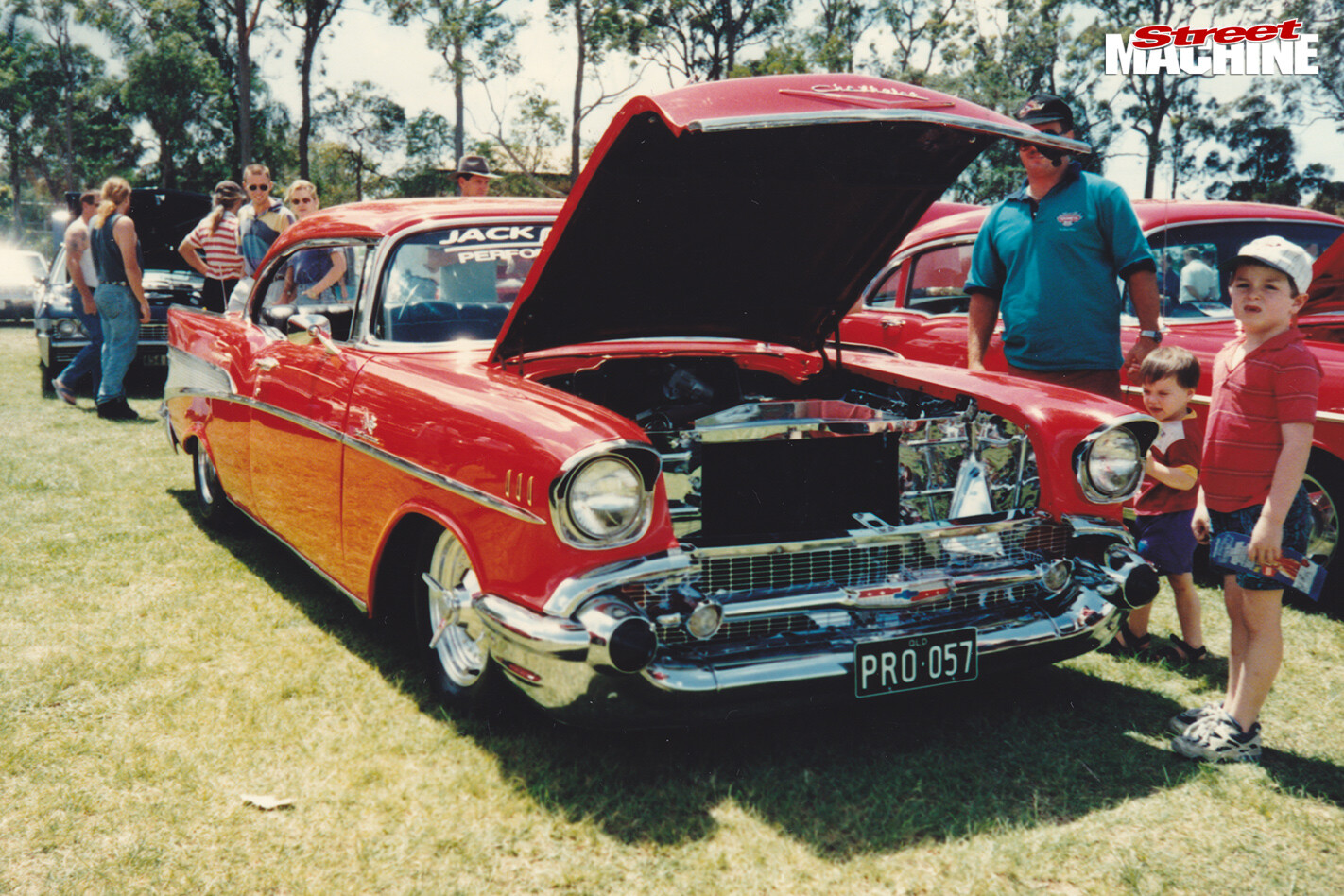 Mark's ’57 project was this Aussie-delivered sedan that progressed as far as an HQ front graft, mini-tubs and plans for a big-block. “I saw a ’55 pick-up for sale at a local Chevy show, so I swapped the ’57 for it as I really wanted something less common. A ’57 Sport Coupe is still my dream car; this red one was owned by Wayne Barber and just looked so tough slammed down over Center Lines with the knock-off spinners.” 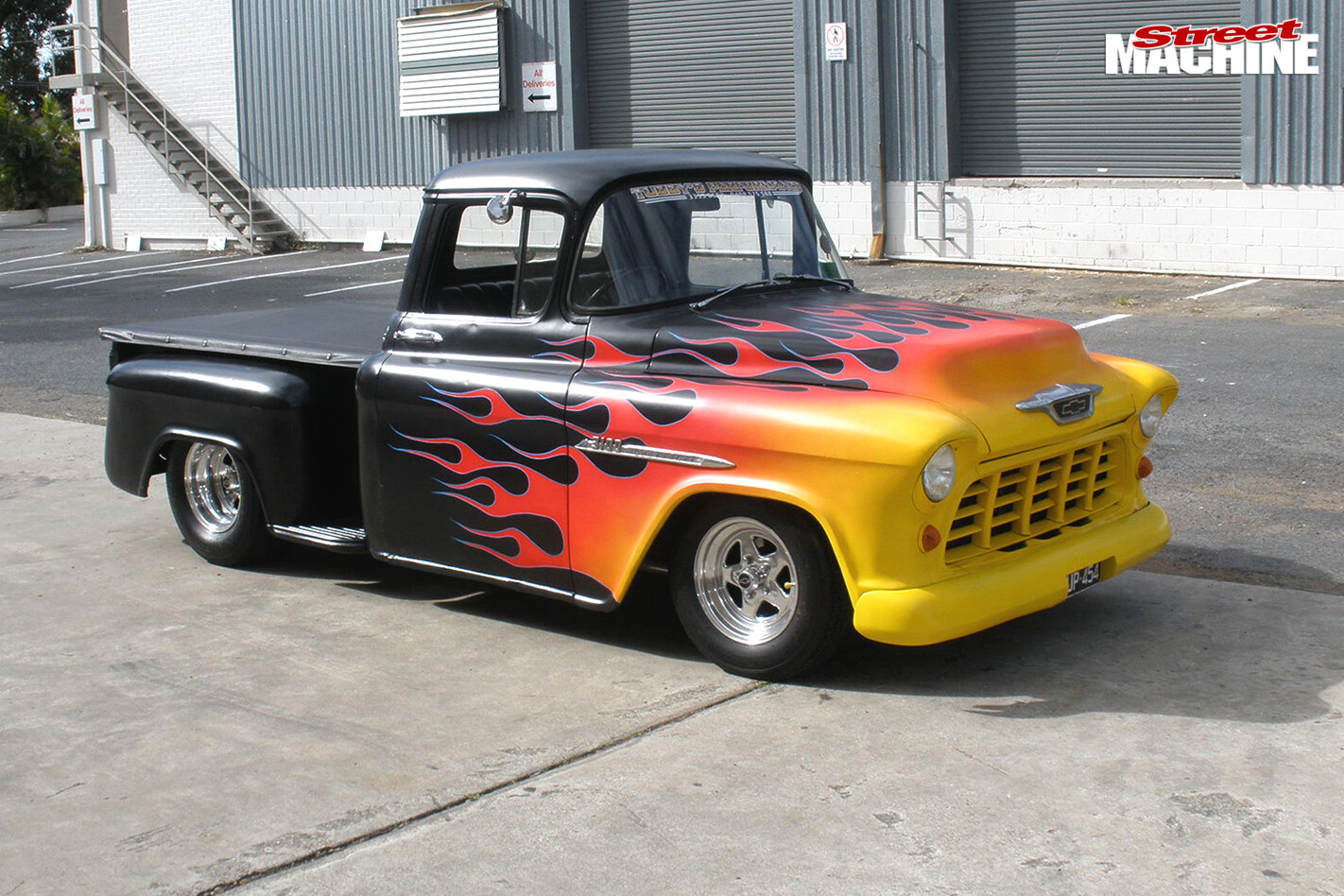 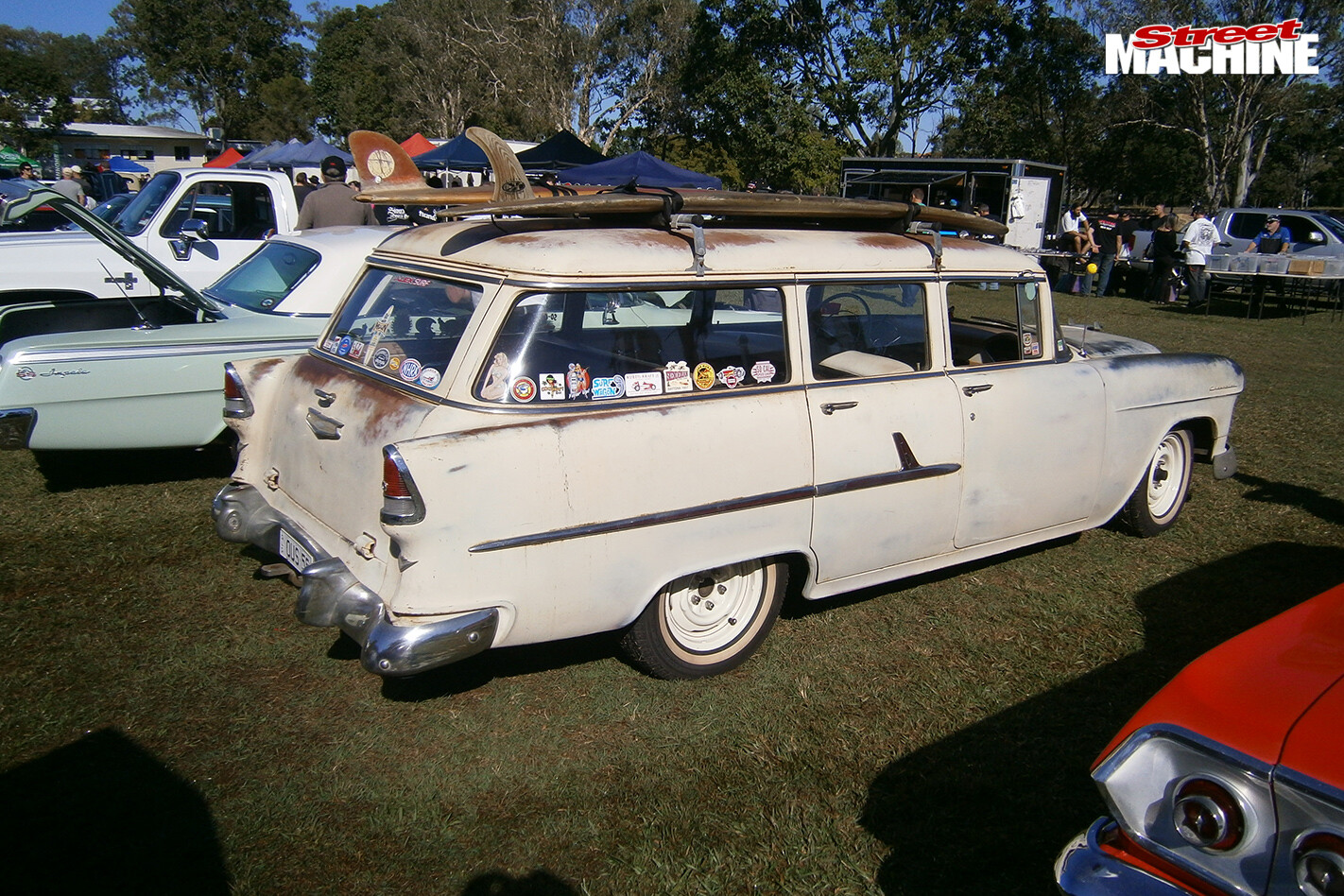 This 1955 Chevrolet wagon was bought as an easy cruiser in early 2013. “It was a factory V8 car but the 265 had made way for a 283. The patina was already there so I just lowered it then hit the road for the Street Rod Nationals at Parklands that Easter. Some friends borrowed it for Cooly Rocks On and fell in love with it, so I did a deal with them for a ’70 C10 pick-up. That was a cool truck, but I part-traded it last year for my current ’62.” 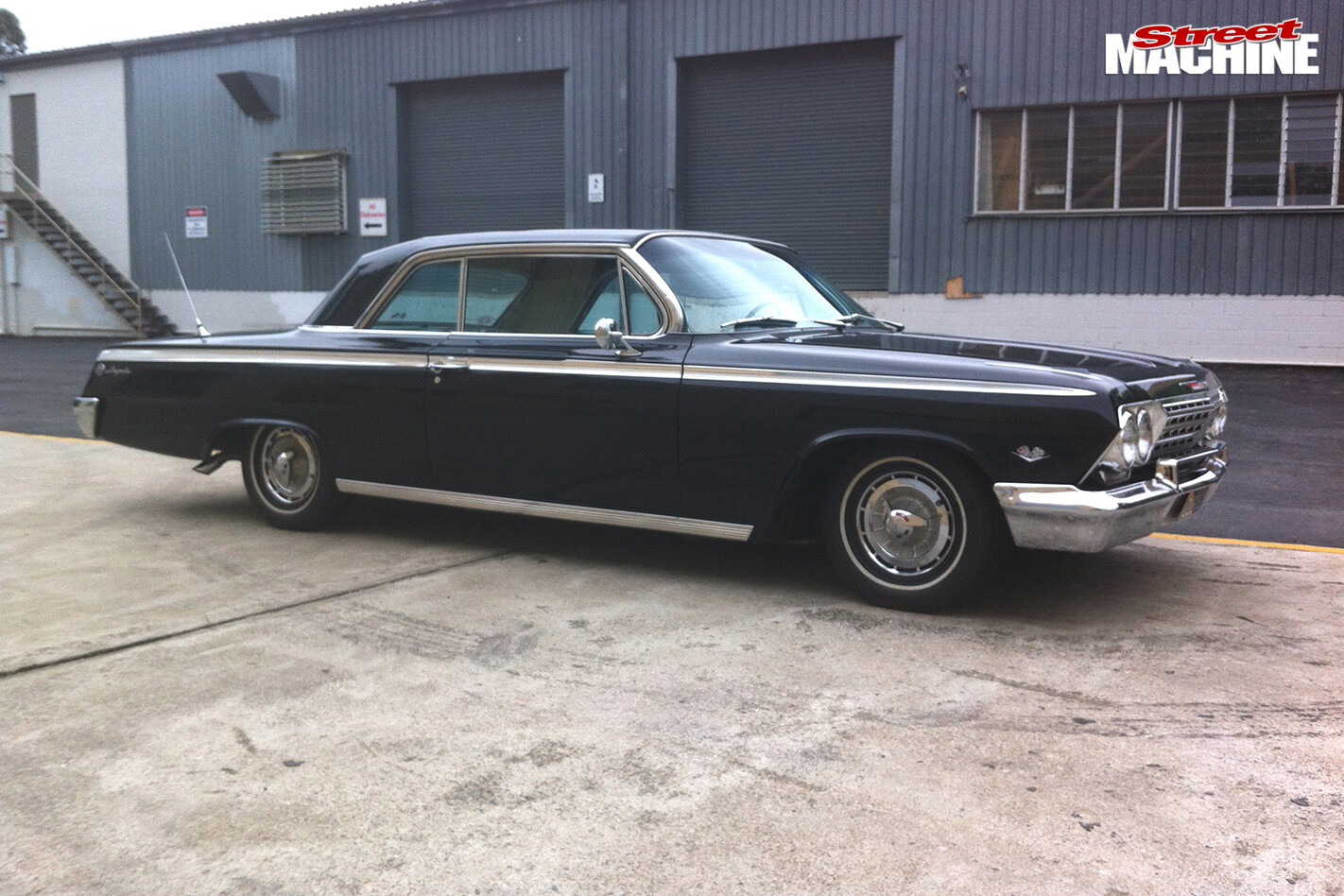 Mark's ’62 is a genuine SS Impala coupe running a 327 and Turbo 700 trans. “It’s so easy to drive and is awesome on highway runs. It came with some big-diameter rims but they just didn’t look ‘right’, so I swapped them out for original hubcaps and whitewalls.” Not that Mark can’t get with the times – his current project is a ’69 Camaro being built in pro touring style with an LS and six-speed along with mini-tubs, huge rubber and RS/SS-inspired paint. “It was a basket case, but I’m gradually piecing it together. It has had a hard life so deserves a second chance.” 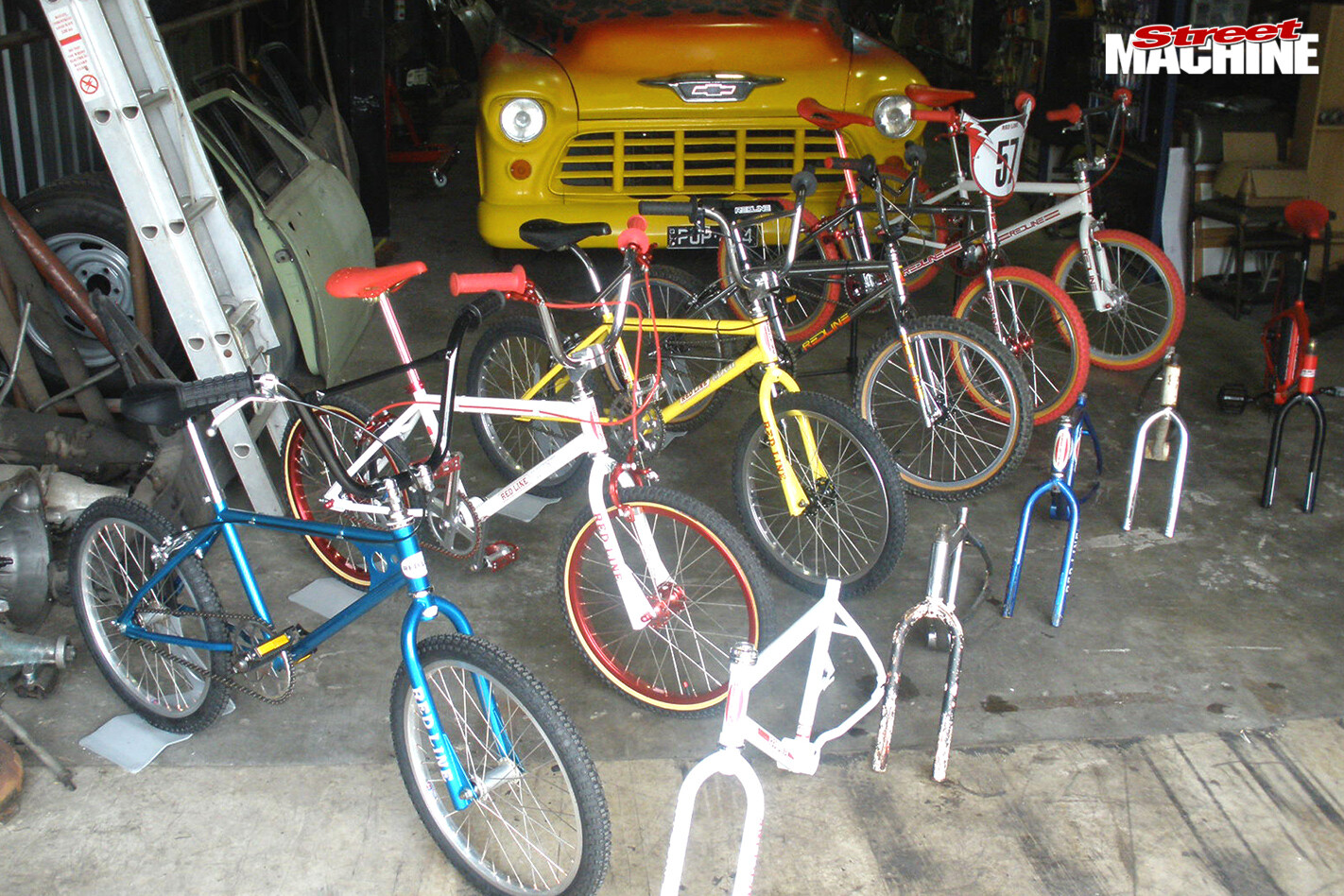 At the treadlie end of Mark’s shed is an enviable collection of Redline BMX bikes. “I bought an ’83 model in 2010 and within a year had 14!” he laughs of his unlikely collection. “It’s up to 18 now, so yes, it’s an obsession. The oldest is a ’76 squareback, while the newest is a 2012 Flight. My favourite is the white 1978 MX2 (second from left), which is a full NOS parts build. Just like cars, the internet is your friend when it comes to BMX and I’ve bought bikes and parts from all over the world. They’re easier than cars, though; you can restore one in a weekend!”  s