THE combination of European styling and American muscle hasn’t always been a match made in heaven, but it hasn’t stopped people trying. Arguably, the most successful of these combinations was the AC Cobra: Take a lightweight English sports car and keep stuffing progressively bigger engines into it until nothing can come near it. It was an effective, but not particularly beautiful marriage; more a ruggedly handsome partnership. 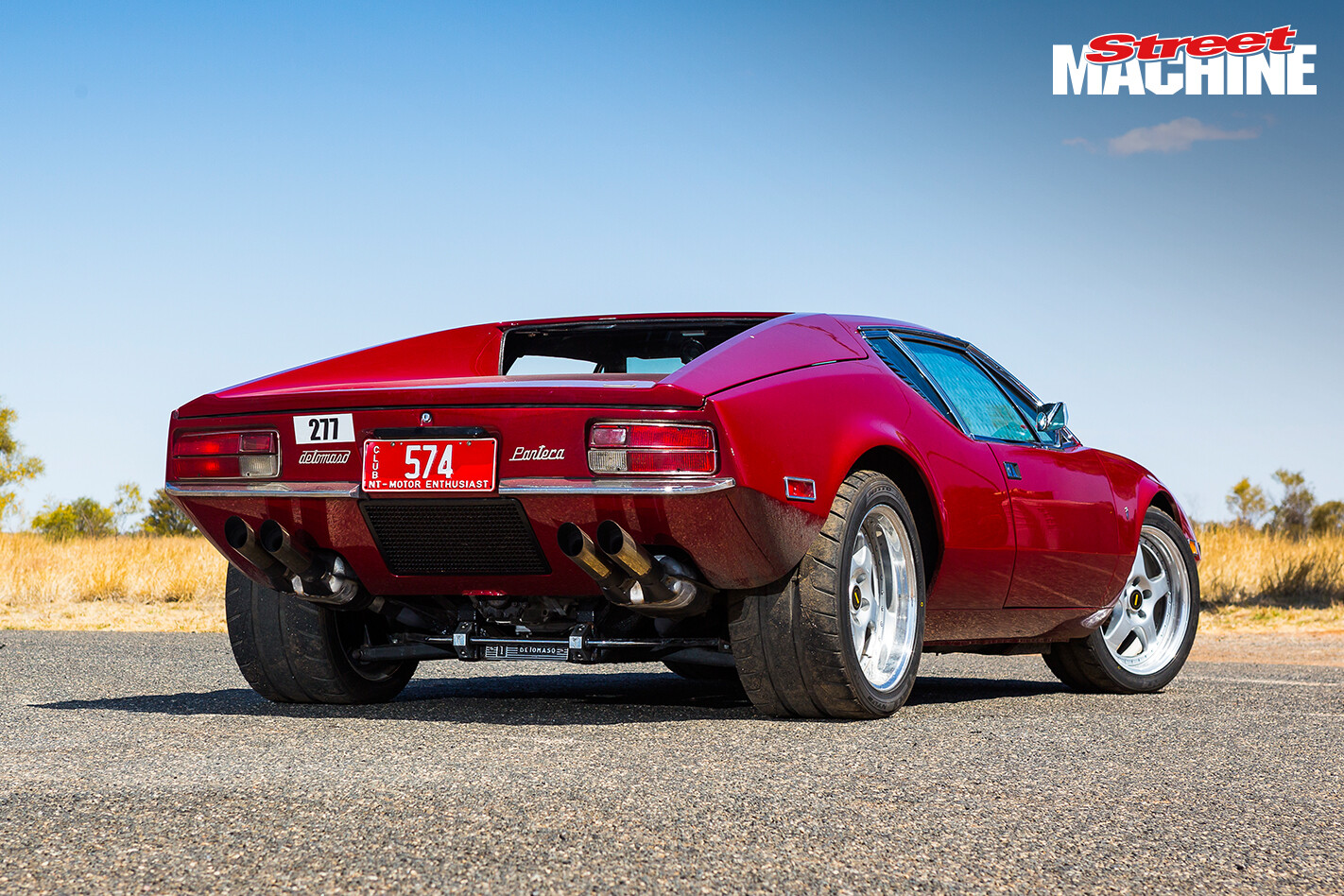 Then there were other lesser known partnerships: Ford-powered Sunbeam Tigers; Cadillac and Chevy-powered Allards; Chrysler-powered Jensen Interceptors; and many more. But the one that really hit the nail on the head, with stunning Italian styling by Ghia coupled to the effortless torque of a 351 Cleveland, was the De Tomaso Pantera. 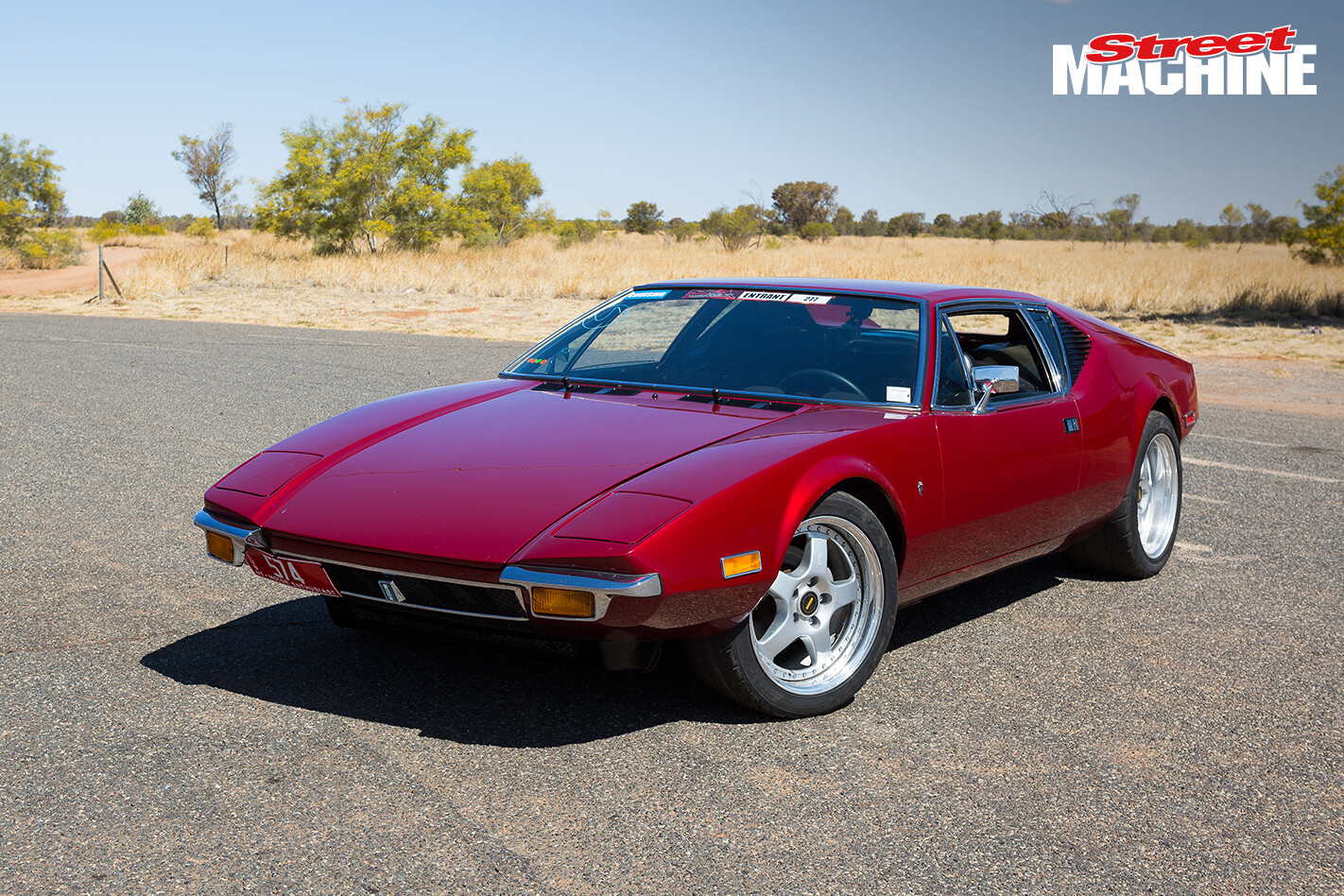 Every bit as good looking as the Ferraris and Lamborghinis of the day, it’s a timeless design that still looks better than just about anything on the road today – and we bumped into a stunning example in Alice Springs, of all places, while we were there for the Red CentreNATS. 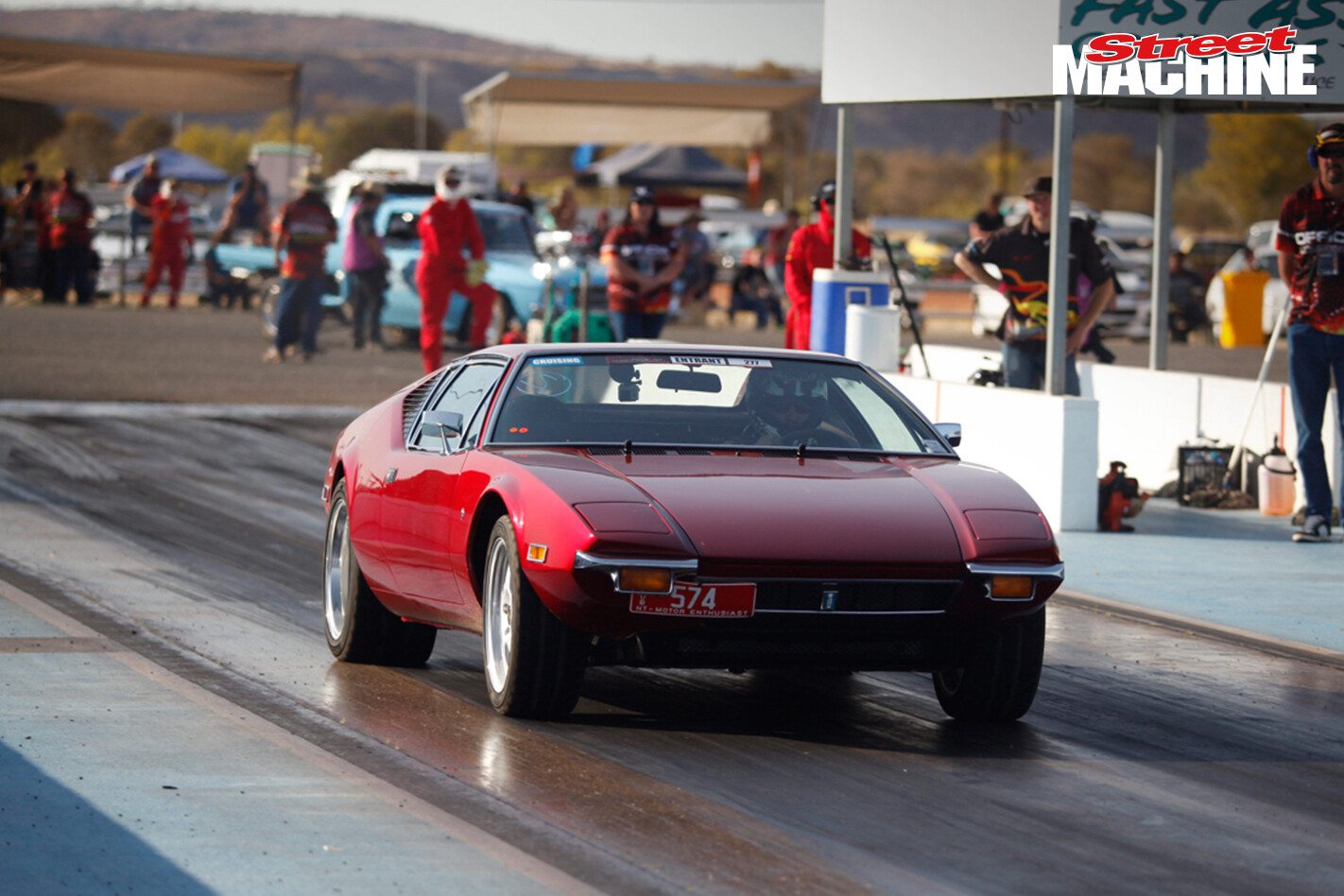 Peter Bamford is the proud owner of this 1971 model, the first year of production, and he wasn’t showing the car any mercy as he flogged it up and down the Alice Springs Inland Dragway strip. It’s no slouch either, running a best of 12.5@119mph – even more impressive considering it was Peter’s very first foray into drag racing. 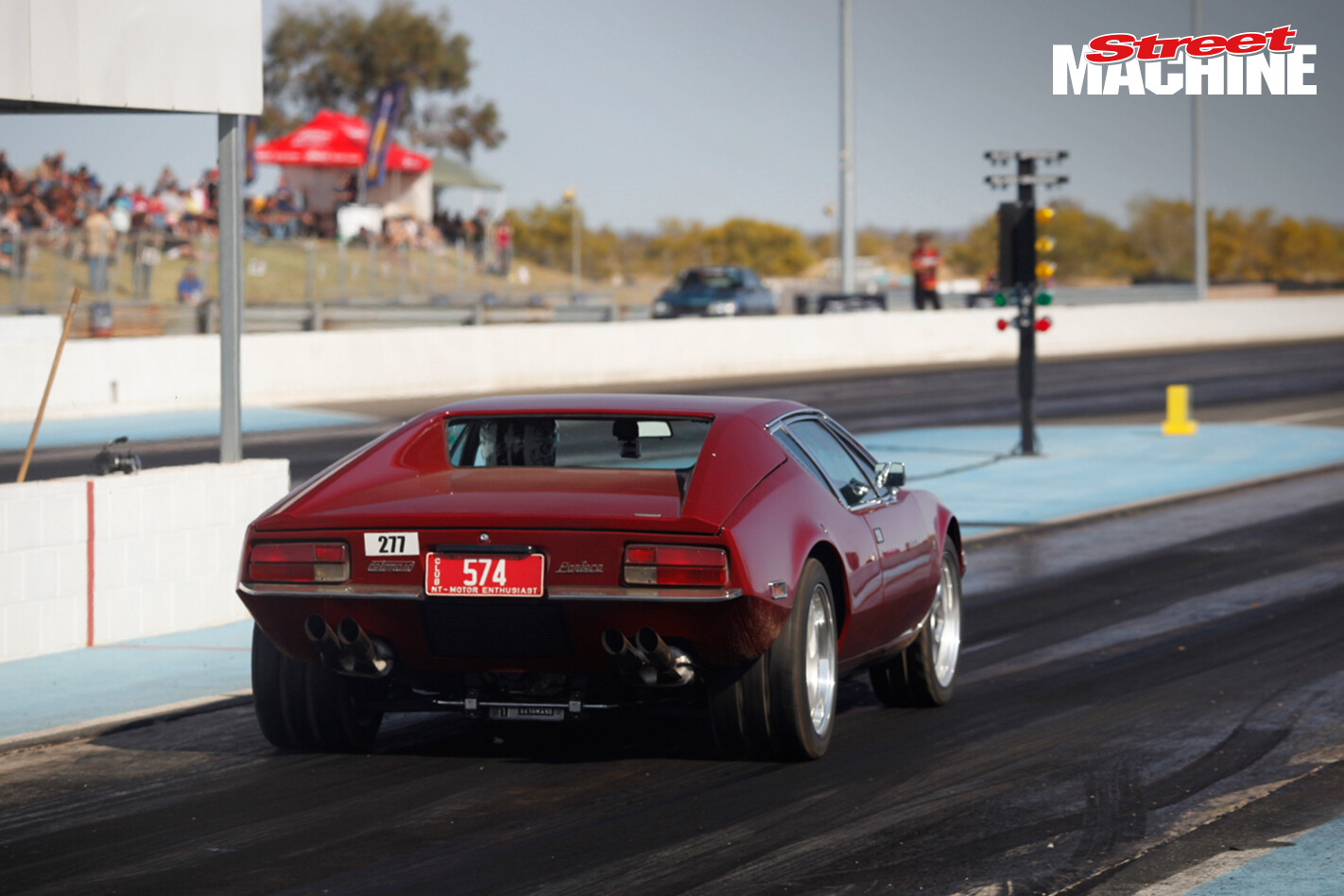 Pantera owners tend not to be afraid to hot them up, and all of the parts are still available. Peter’s example is one of those that’s had a bit of a tickle-up. “The original block has been bored and stroked to 408ci; it’s got KB pistons, a solid cam and 650DP carb,” he says. “I bought the car in the US back in 2010, and even though it ended up costing me more than planned, I got a car that was already done.” 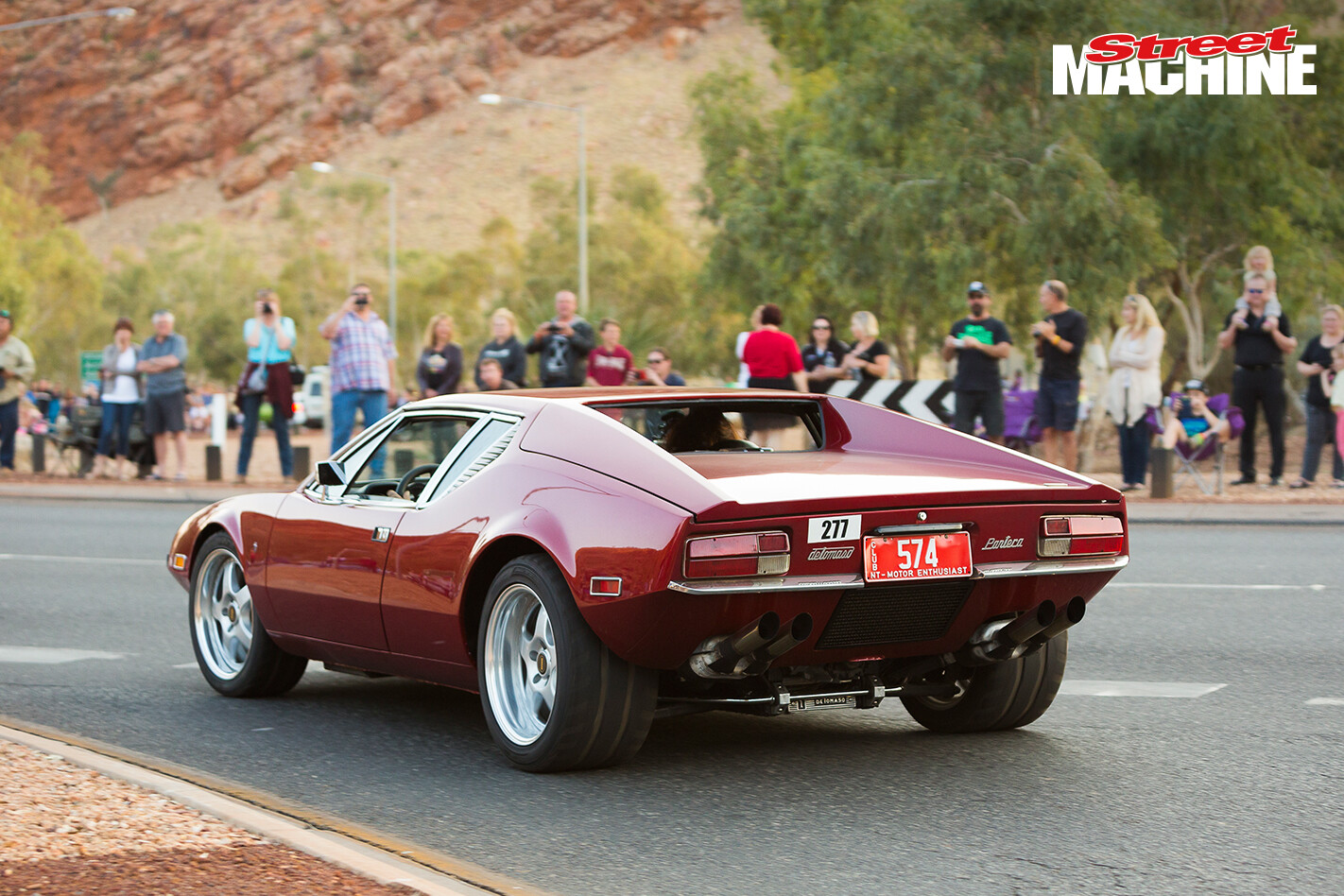 Interestingly, the Simmons wheels were on the car when he bought it, so it already had a piece of Australia on it. While they measure up at 17x7 and 17x11.5 with 235/45 and 315/35 tyres, they’re not actually that much bigger than what the car left the factory with. With around 6500 of these cars built, they’re not exactly thick on the ground, but they’re not so rare and sought after that prices reach to the stratosphere. You’ll still pay well over $50,000 for one, but when you consider what you’re getting – an Italian supercar that doesn’t sound like a tin can full of chainsaws – it’s a pretty good deal.