PAUL FOLEY - MY LIFE WITH CARS

SYDNEY’S Paul Foley is a quiet, humble sort of guy with a fierce passion for drag racing. His Hombre moniker has been a mainstay at Aussie drag strips for nearly 50 years, standing as a proud signifier of both a close group of mates and a handful of iconic race cars. 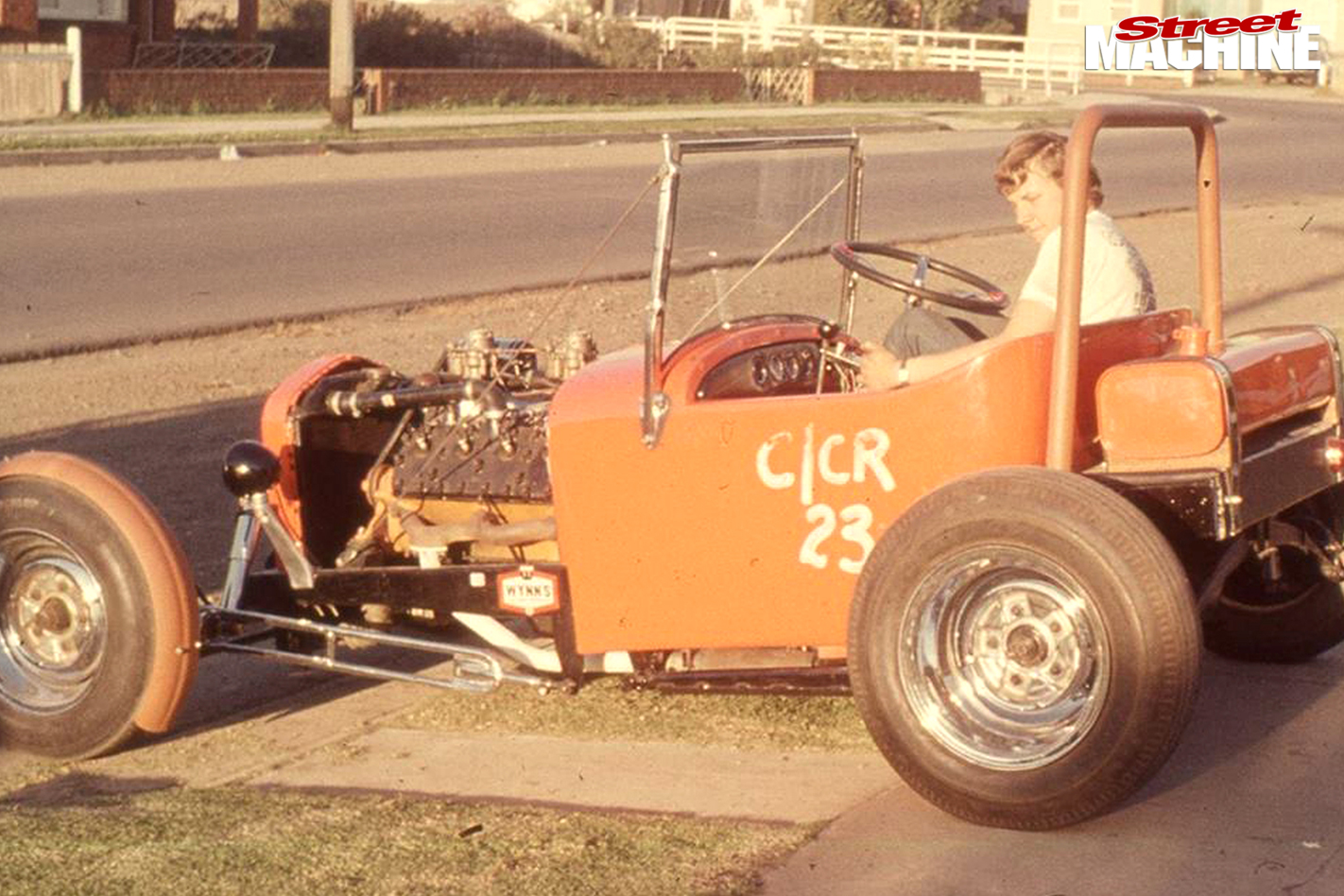 This is Paul’s good mate Erik Johnson at the wheel of the flathead-powered bucket he built in the late 60s. “He pieced it together in his dad’s shed using plans from an American hot rod magazine,” Paul says. “I bought it off Erik in ’68 and couldn’t wait to race it at Castlereagh. C/CR is an old hot rod class where I went up against the likes of Mike O’Sullivan and Trevor Chapman, and the sidevalve ran in the 15s, which was pretty respectable. We pretended it was a Model T but the body was actually a ’24 Chev. It served me well as a street car and race car, even picking up a trophy at an early Roselands show.” 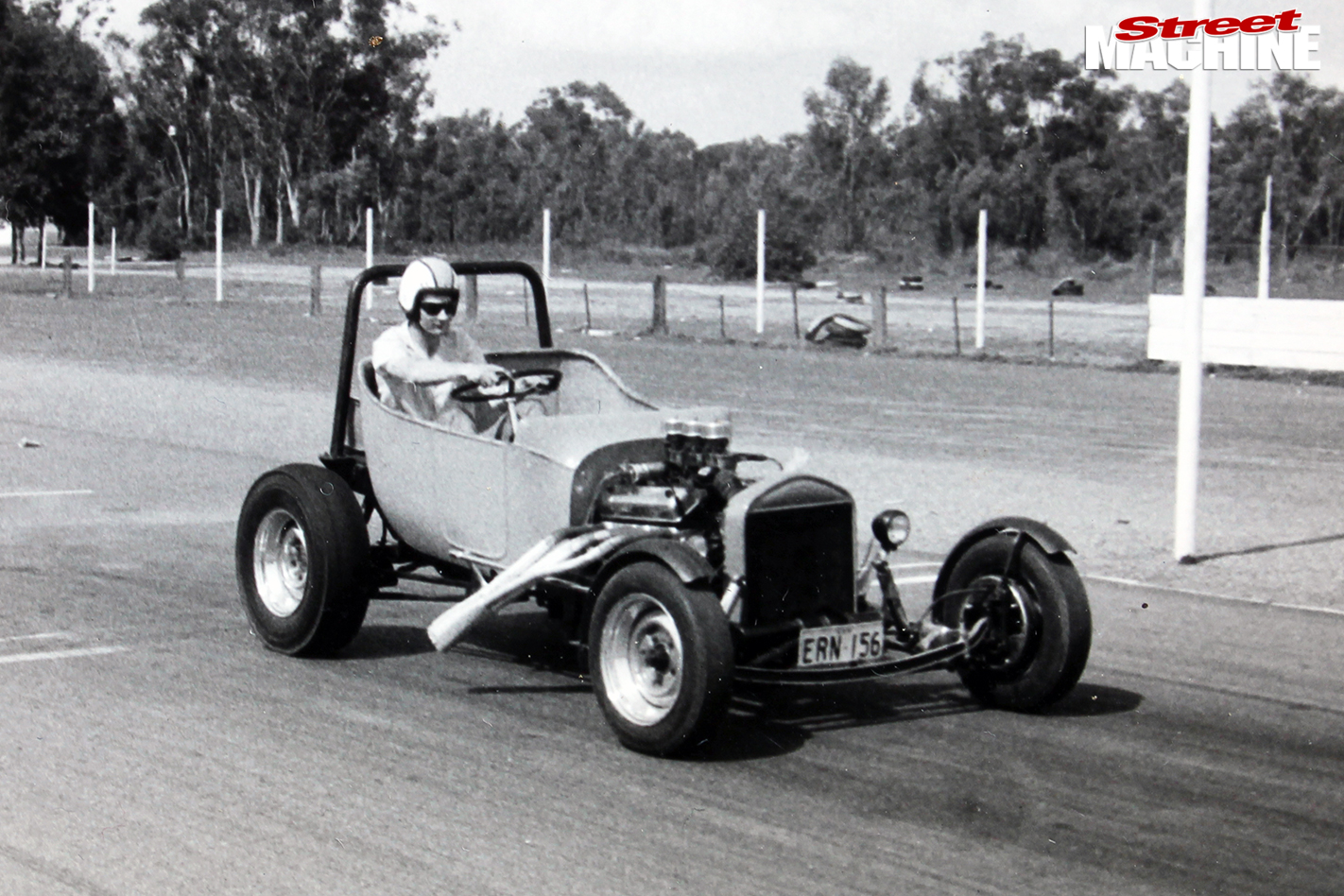 Twelve months on and the bucket was retired from street use and converted to full race duties. The original steel body was replaced with a fibreglass version and the flathead swapped out for a hot Y-block Ford donk. “It was bored out to 325 cubes and I tried a number of different intake set-ups – triple two-barrel carbs, twin AFB four-barrels and even six two-barrels,” Paul remembers. “They were always on homemade intakes, which is just how we afforded it back then. I eventually fitted a pick-up body that I made from an old radio cabinet, so we really did use anything at our disposal.” 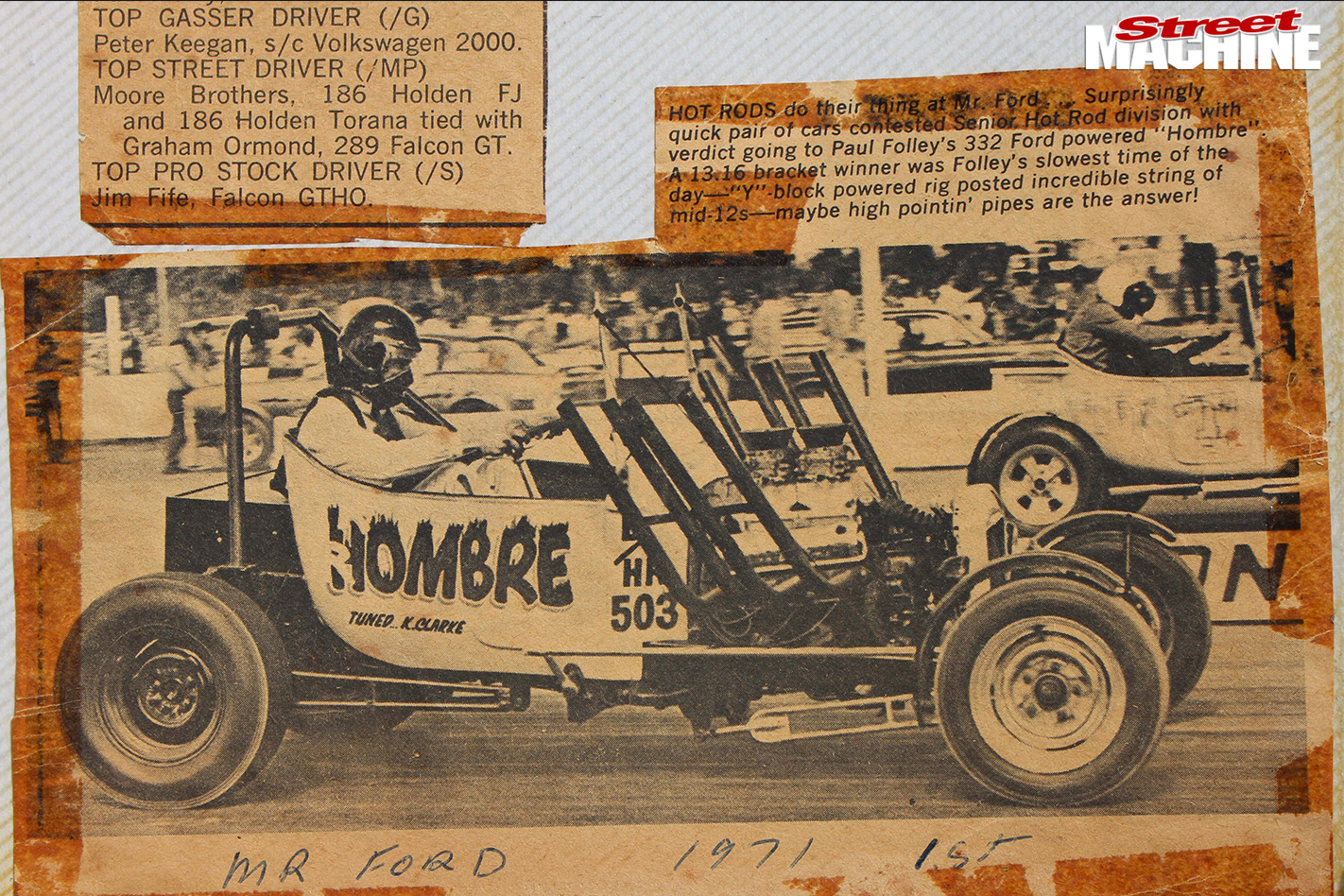 Paul was racing the A/HR class and dabbling with some wild exhaust set-ups too. The zoomies helped him to a 12.4@112mph best and ran consistently to take out a class win at the Mr Ford titles back in ’71. The Hombre name had appeared by this stage, inspired by the band The Hombres. “Their tune Let It Out (Let It All Hang Out) was our theme song back in the day when messing around the streets in my ’38 Ford,” Paul says. “Most people thought it was named after the Paul Newman film Hombre, but that wasn’t the case.” 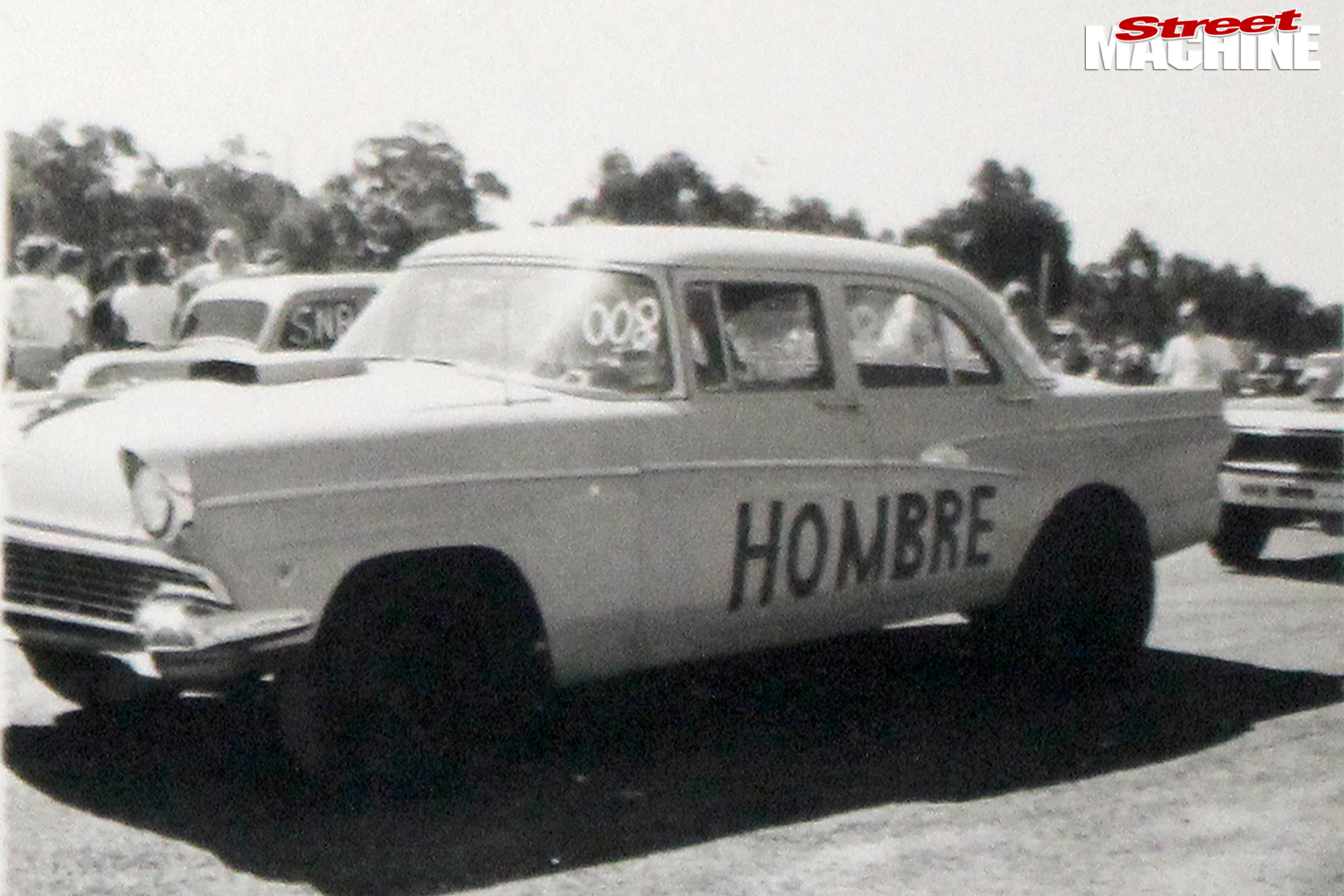 Having raced the hot rod for a few years, by 1973 Paul was keen to try something different, so he fitted the donk to his ’56 Cusso, also dubbed Hombre. “It was originally my tow car,” he says. “I chopped out the rear guards to fit the tyres and took some weight out of it, but it was still too heavy. It ran in the 15s, but that felt like I was walking compared to running 12s, so I gave the idea away.” 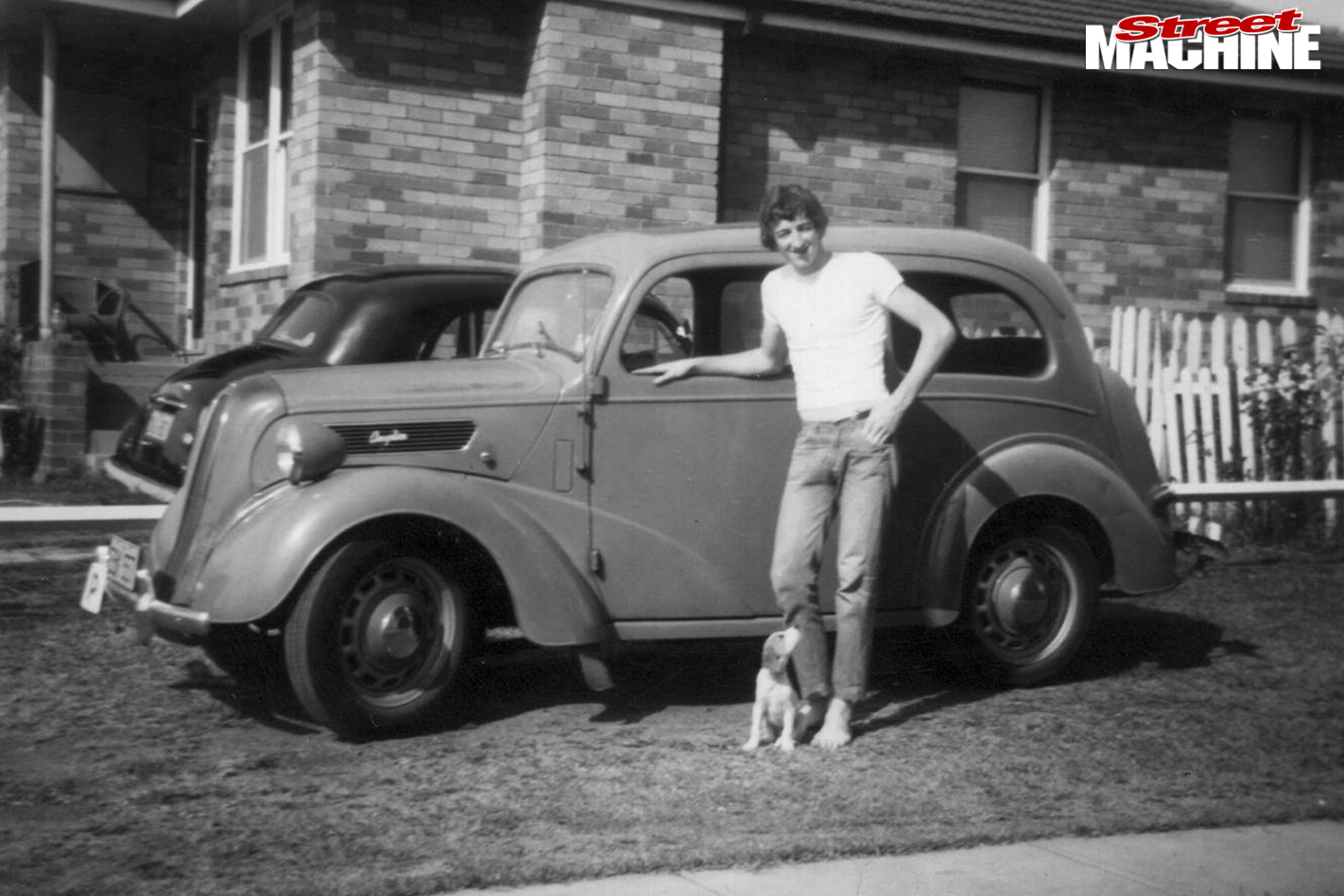 This pea-green Anglia was owned by another of Paul’s mates, John ‘Nugget’ Rice. “We went everywhere in that thing,” Paul says. “Nugget and Erik even drove it non-stop to Surfers one year for the Nationals, calling in at every servo to fill it with oil! It was his daily driver, but he always had bigger plans. He started building it as a drag car but had nowhere to finish it, so gave it to me in ’73 on the proviso that I did something with it.” 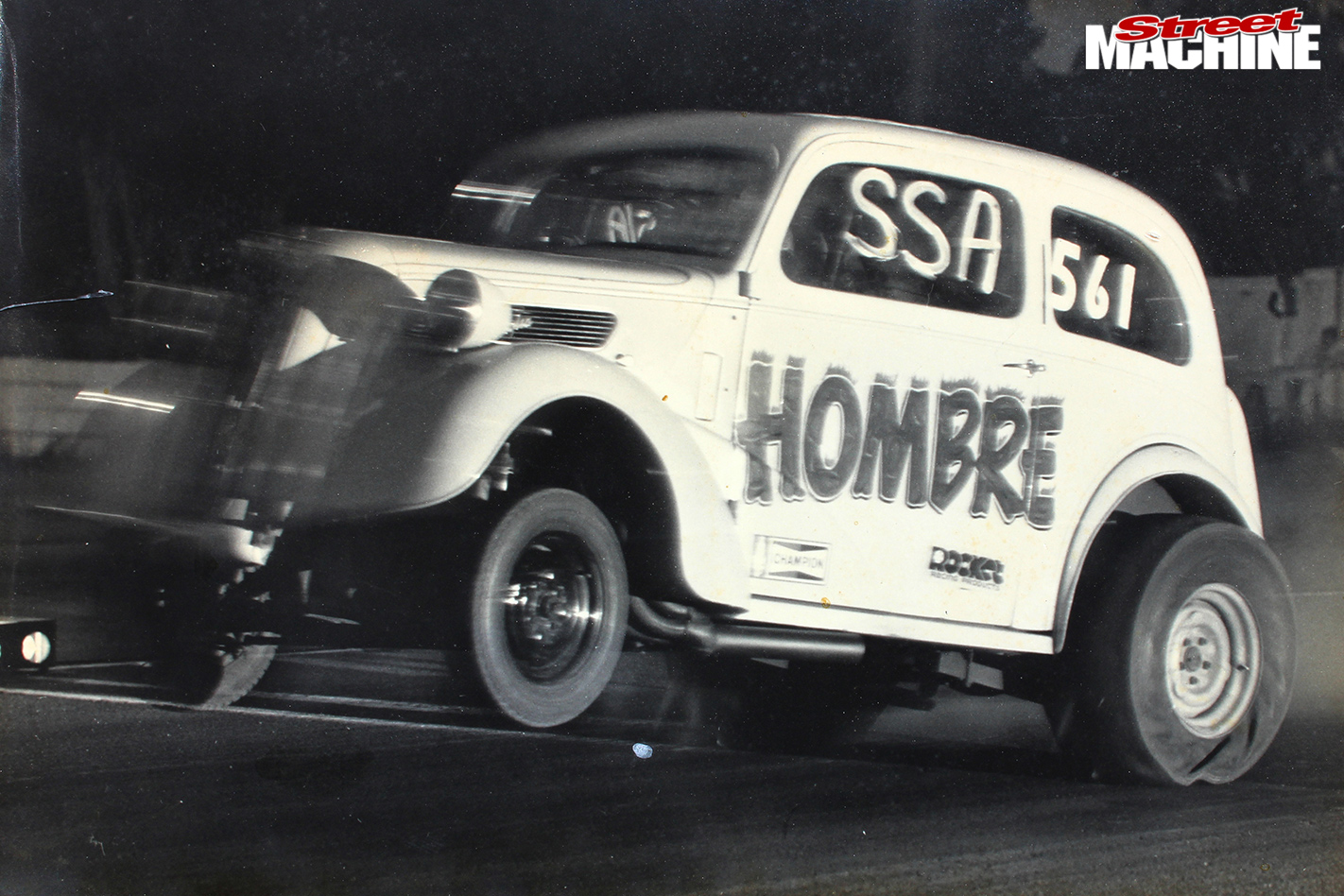 Nugget's old Anglia became the next and probably most famous Hombre, with Paul slotting in an injected small-block Chev, T10 four-speed and adding yellow paint. “I walked into American Auto Parts in 1974, and Bill Oakey held up the Enderle injection and said: ‘This is what you need, son.’ It cost me $400 back then, which was huge money, but is still on the car today. The manual was just savage off the line, so I replaced it with a Powerglide, which settled it right down. It ran 11s – a man couldn’t live at that speed in those days,” he laughs. 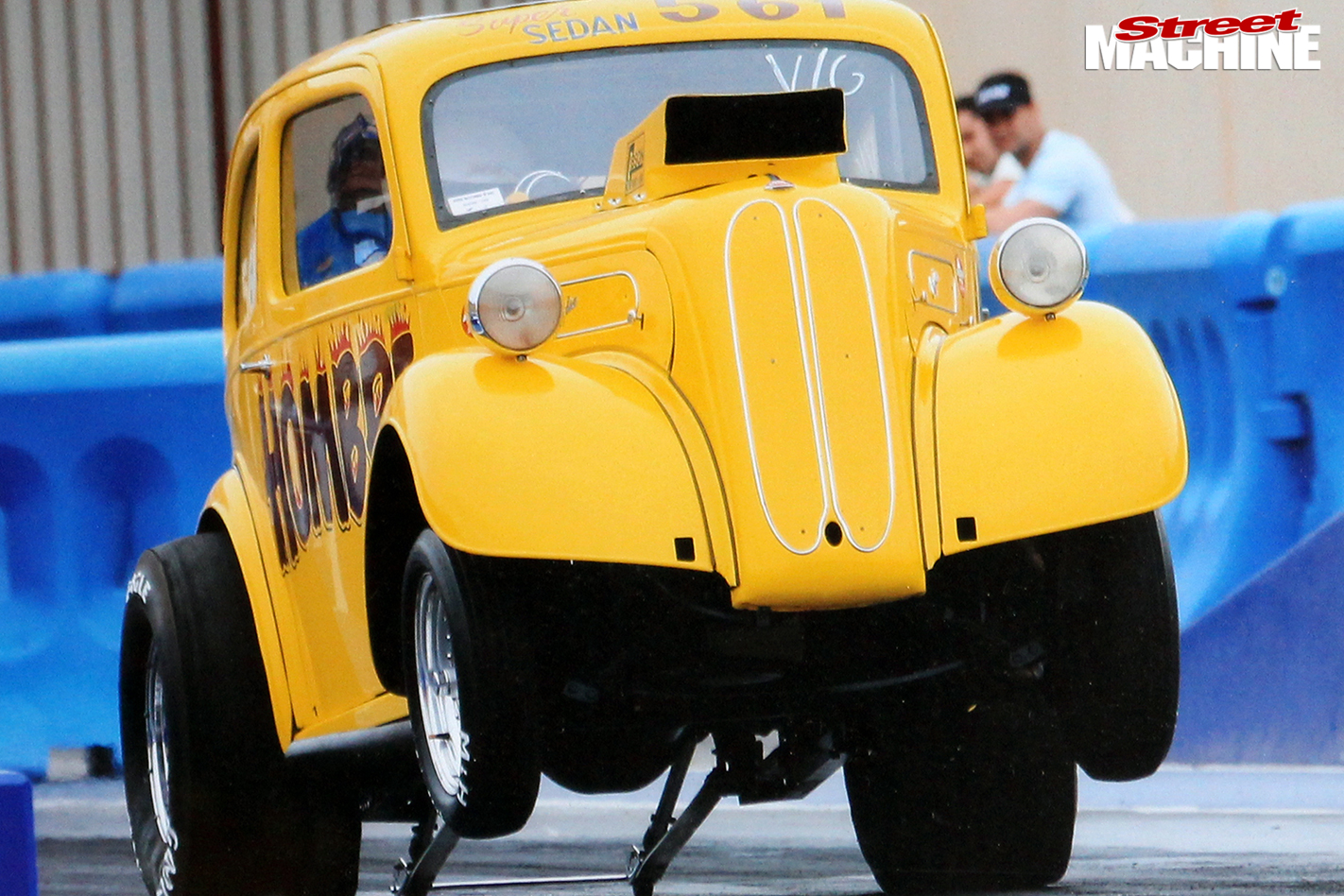 Forty years on and the yellow paint and Hombre name remain, albeit finished to a higher standard. “It’s still an unchopped steel body,” Paul says, “however the bootlid was replaced with ’glass back in the 70s due to rust. It’s run a few different small-block combos but the current 382-cuber and Powerglide has pushed it to a 9.03@147mph best. Chris Gibson from Gibson Race Engines in Matong takes care of the mechanicals. He told me 40 years ago that I knew nothing about engines and has been instrumental in the success of my cars ever since.” 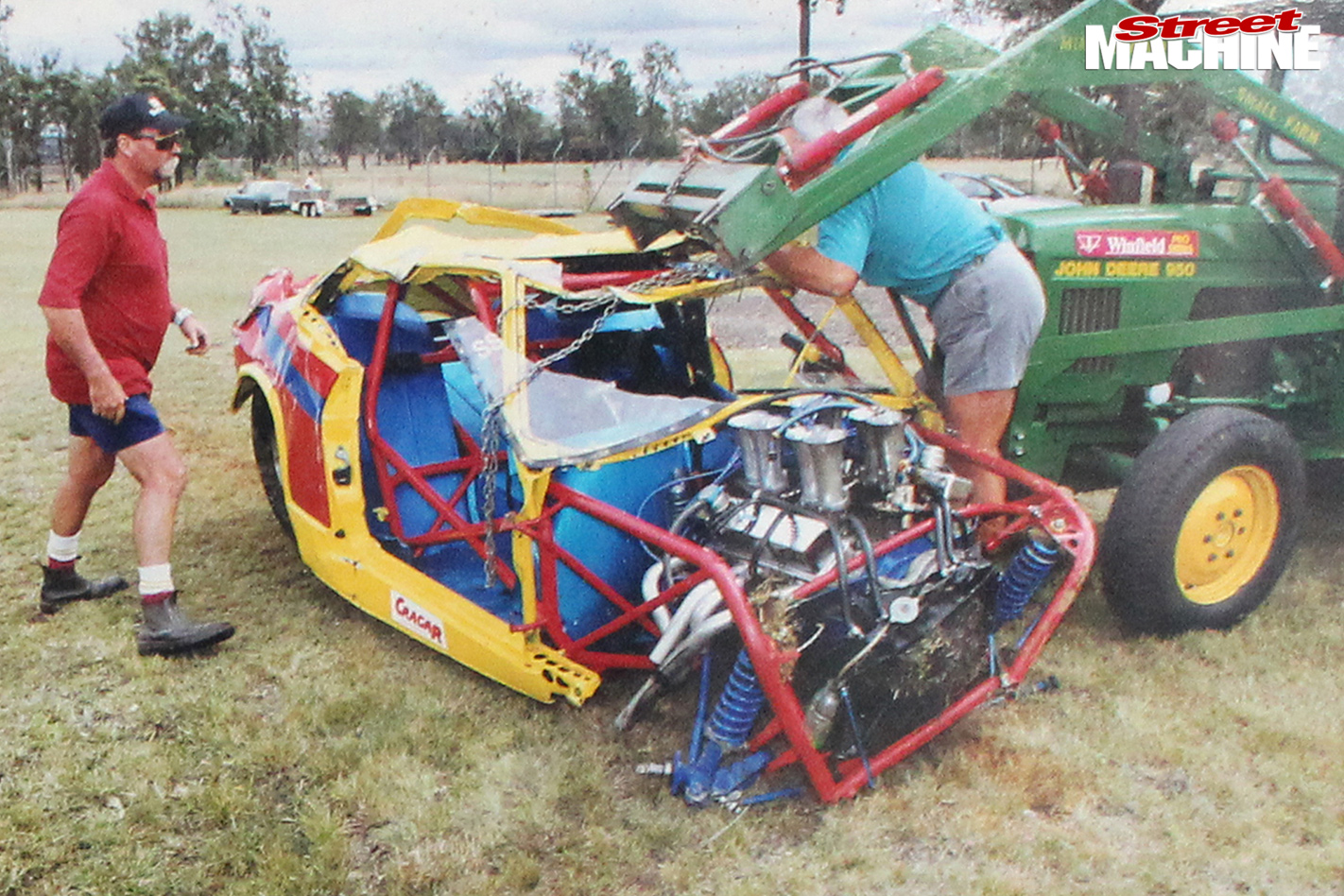 The other Hombre sharing space in Paul’s shed is this Datsun 260Z. He has had a few close calls over the years, as shown in this shot, after it rolled seven times at Willowbank back in 1999. It left Paul hanging from the belts and nursing two broken ribs. “I’ve had plenty of practice fixing it,” he laughs. “It ran a big-block for a while, going as quick as 7.90@172mph, but these days I switch the small-block between this and the Anglia, which in the Datsun has run an 8.65@158mph.” 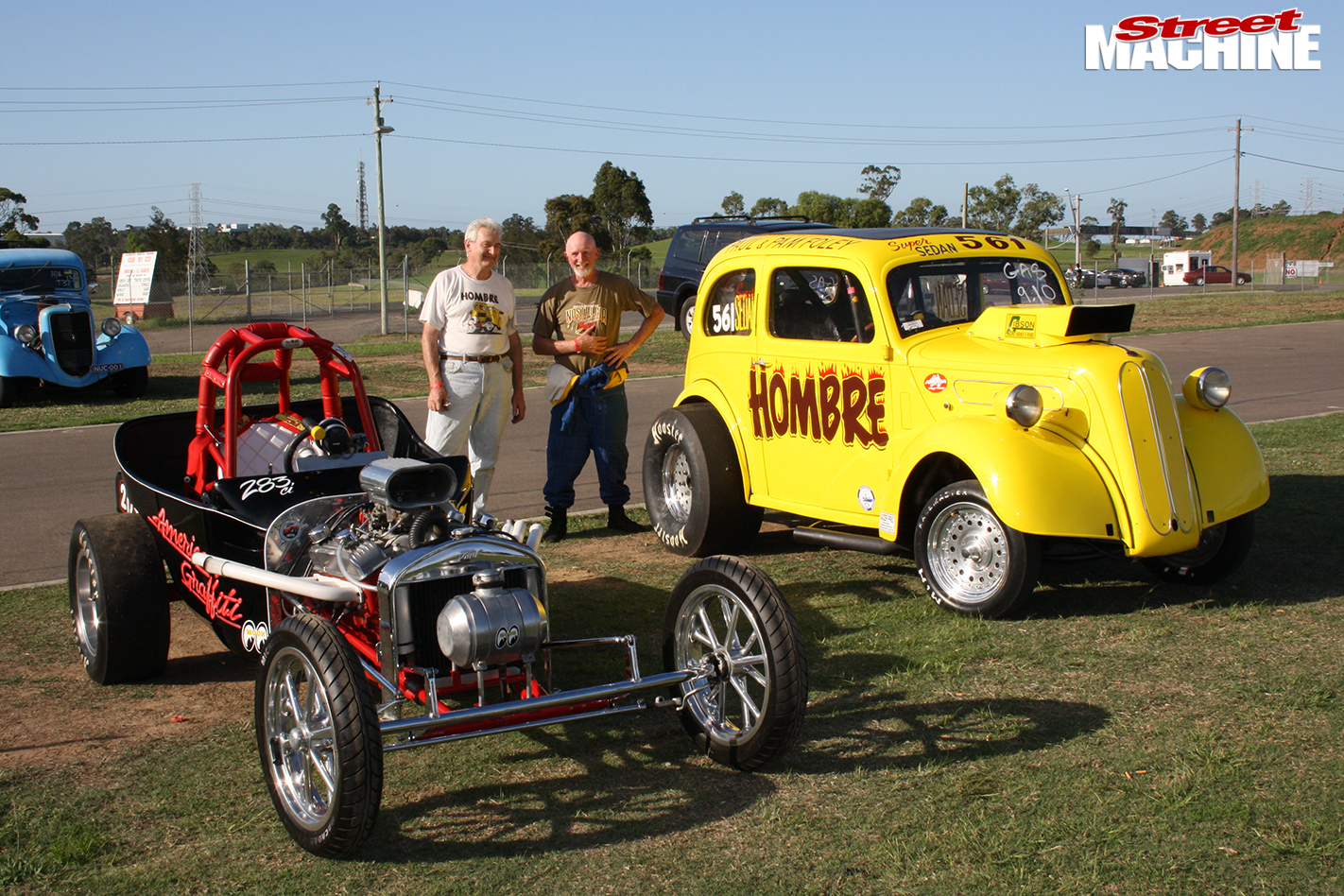 This shot, from a recent Nostalgia Drags, is proof that both friendships and cars can withstand the test of time. Paul and Hombre are pictured here with old friend and the Anglia’s original owner, Nugget Rice, and Nugget’s T altered called American Graffiti. Coincidentally, the black T runs the same ’glass body that Paul fitted to the first version of Hombre back in 1970. Nugget’s T also relies on injected small-block power and runs in the high eights. “I’ve had a ball drag racing,” Paul says. “But if it wasn’t for the pit crew members I’ve had over the years and ongoing help from my stepsons, Ben and Peter Akhurst, I never could have raced at all.” 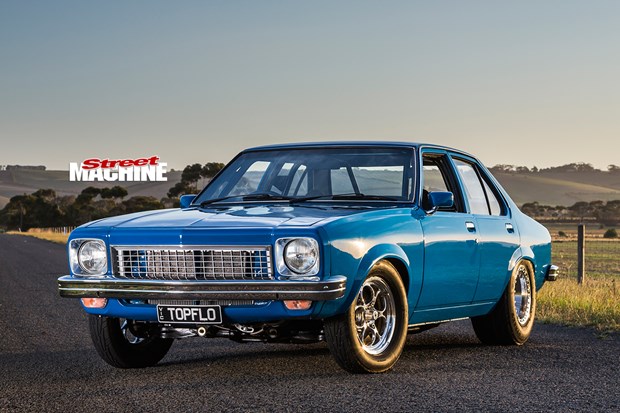 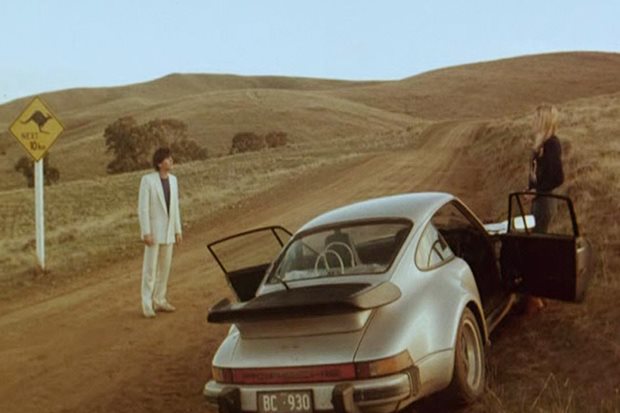 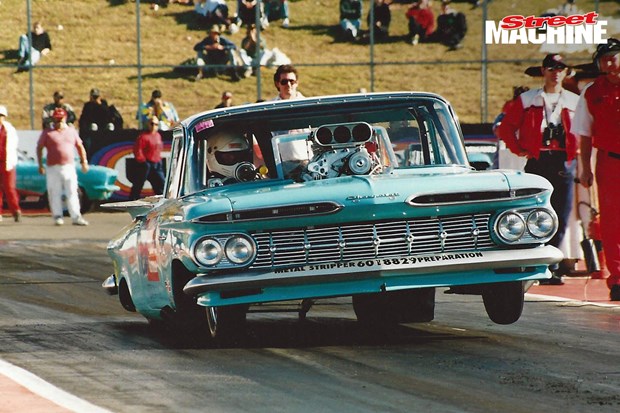 AL BURGERS - MY LIFE WITH CARS

Cool car addict Al Burgers is a hot rod fanatic, but he still loves his 60s Impalas and El Caminos 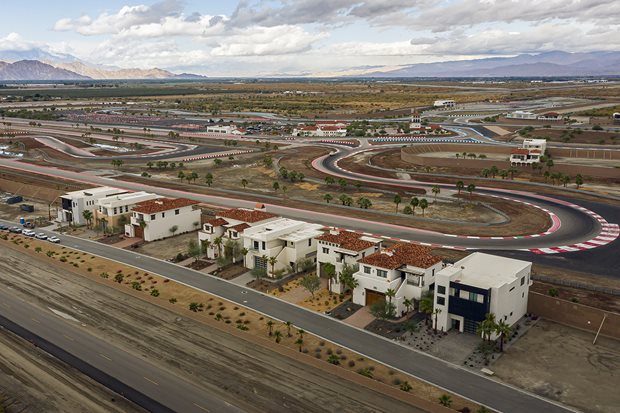