PETER CONNORS - MY LIFE WITH CARS

Peter Connors has been driving around Queensland in awesome cars for decades. Here's a look at a few of them

Peter Connors has been driving around Queensland in awesome cars for decades. Here's a look at a few of them.

When variety becomes the spice of life for car ownership, there aren’t many who can hold a candle to Brisbane’s Peter Connors. At 44, Peter has bought, traded, swapped, sold, loved and/or hated in excess of 200 cars in nearly 30 years. Here’s a few from that list that hold a place in his heart. 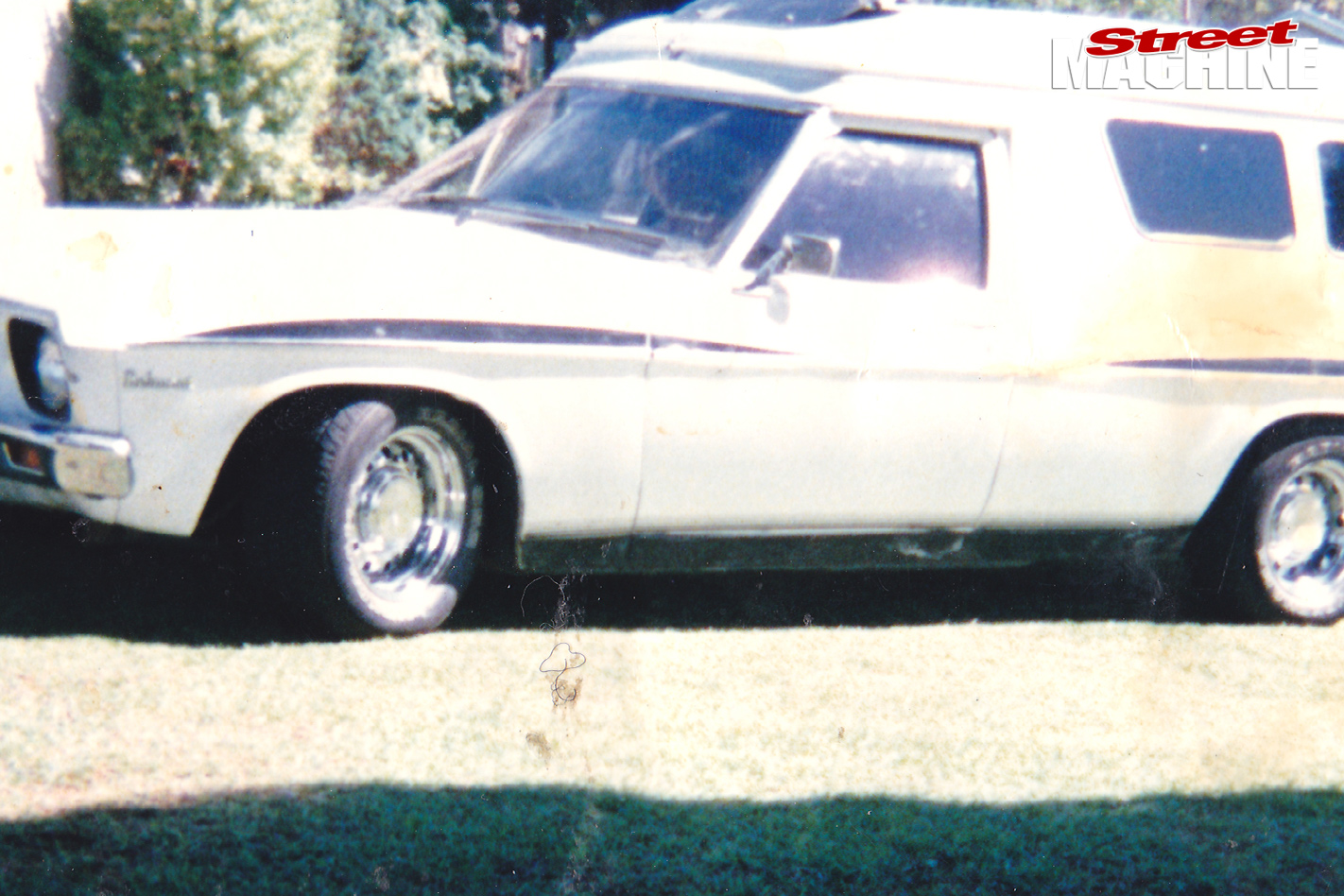 “As a teenager, my best mate was the late Peter Braun. His HQ van ran a 253, Sandman stripes, a sunroof and Chevy dumpers. It screamed 80’s street machine and the 12-slot rims could be bought at Kmart [laughs]. Back then it was normal to pile into the back of vans or utes and cruise around. I had a footy coach who drove the whole team to games in the tray of his one-tonner.” 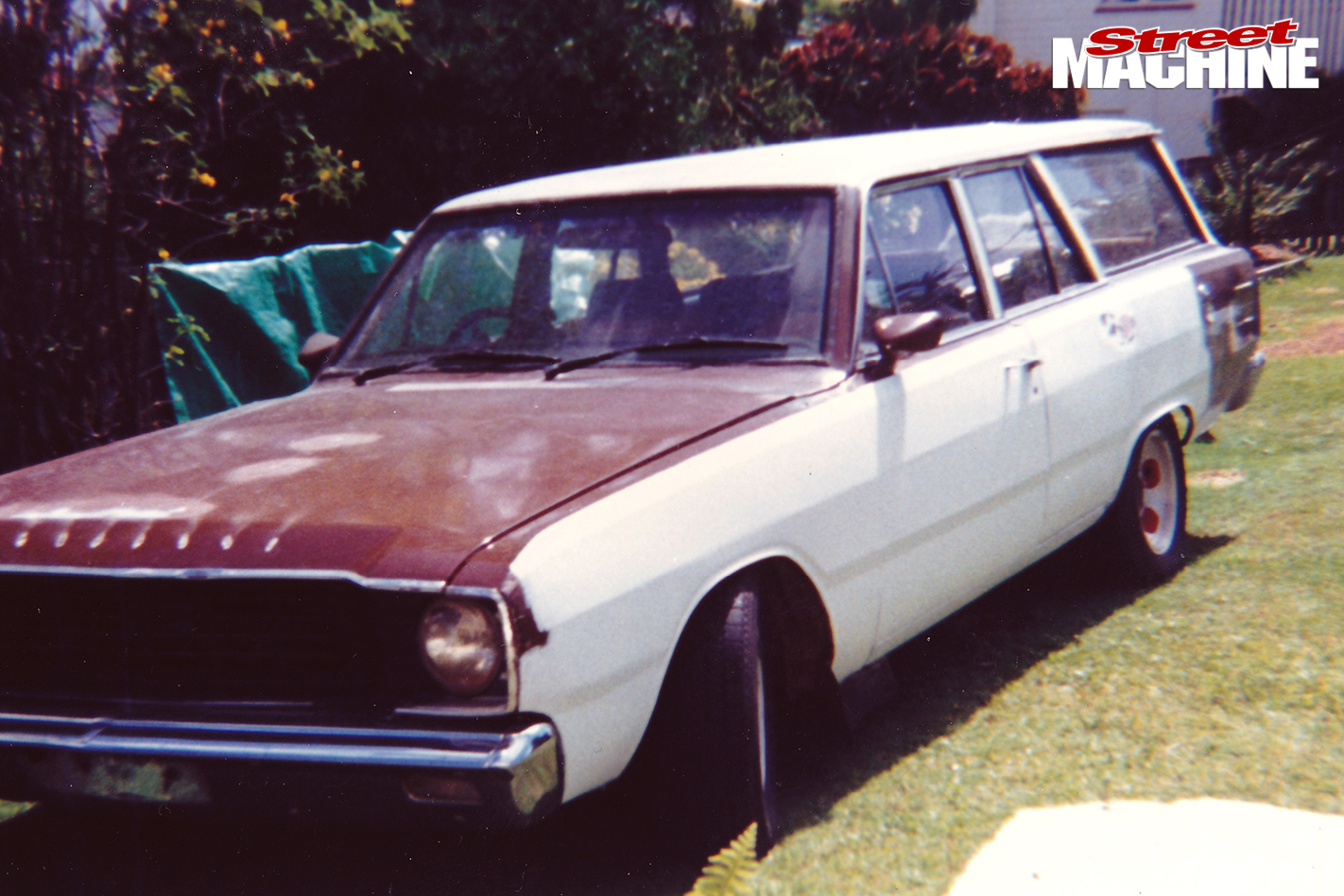 At 16, Peter hassled an old boss for this VE Valiant. “It was a genuine VIP with a 273 V8 and floor shift auto. Here I’m shaving the badgework and rear door handles. I painted it white – with a brush mind you – and had plenty of Cyan blue detailing and red leaf springs. There was a vacuum tank in the engine bay for caravan brakes and everyone thought it was nitrous [laughs].” 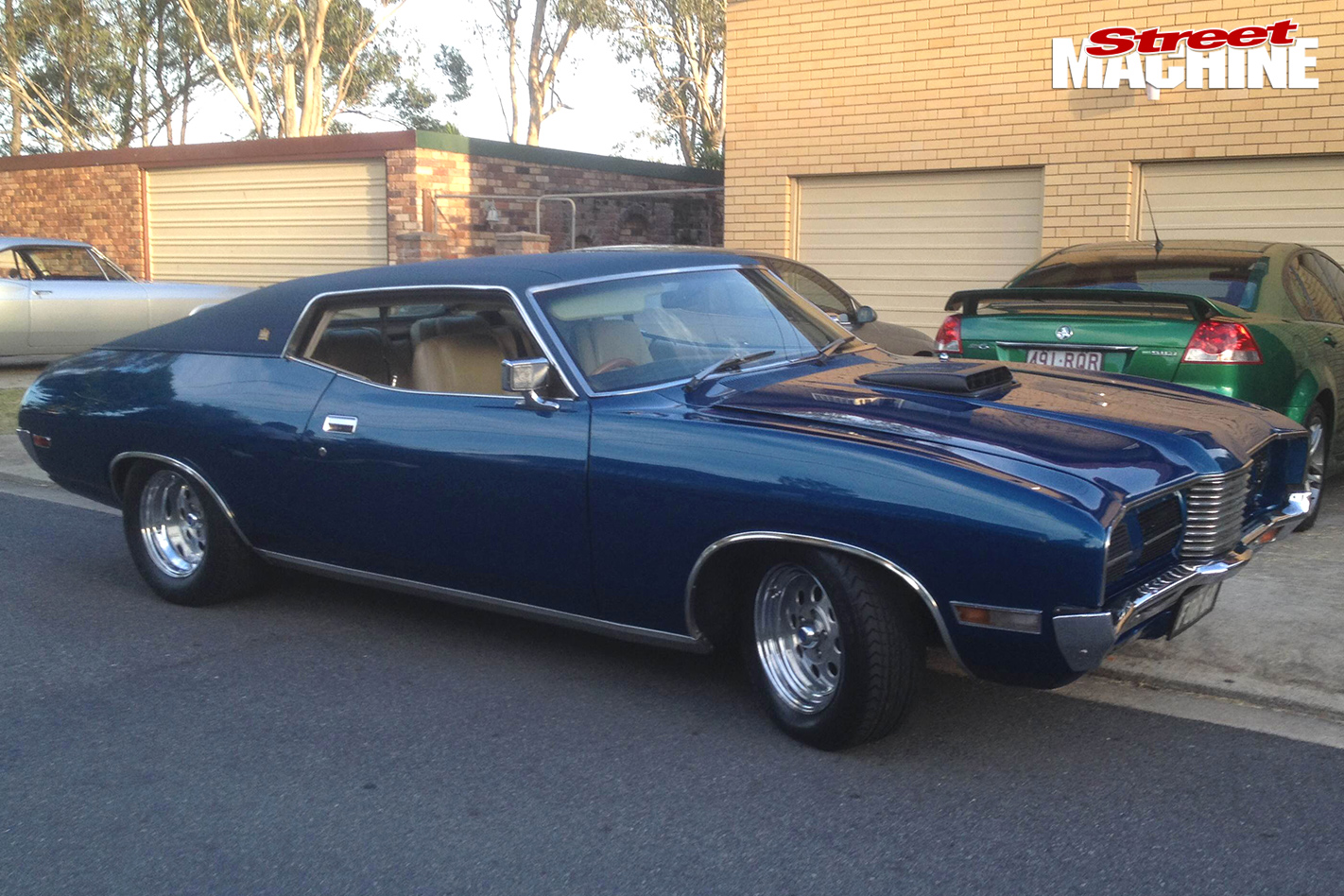 Peter’s brother-in-law, Anthony Borzillo, has owned this Landau for nearly 30 years and it’s a staple of the Brisbane car scene. Powered by a 460 big-block and restored in rare factory Apollo Blue with a blue vinyl top, this car cemented Peter’s love for Landaus. “I was 17 when I first met Anthony and was quickly educated that Hardtops and Landaus were not the same thing.” 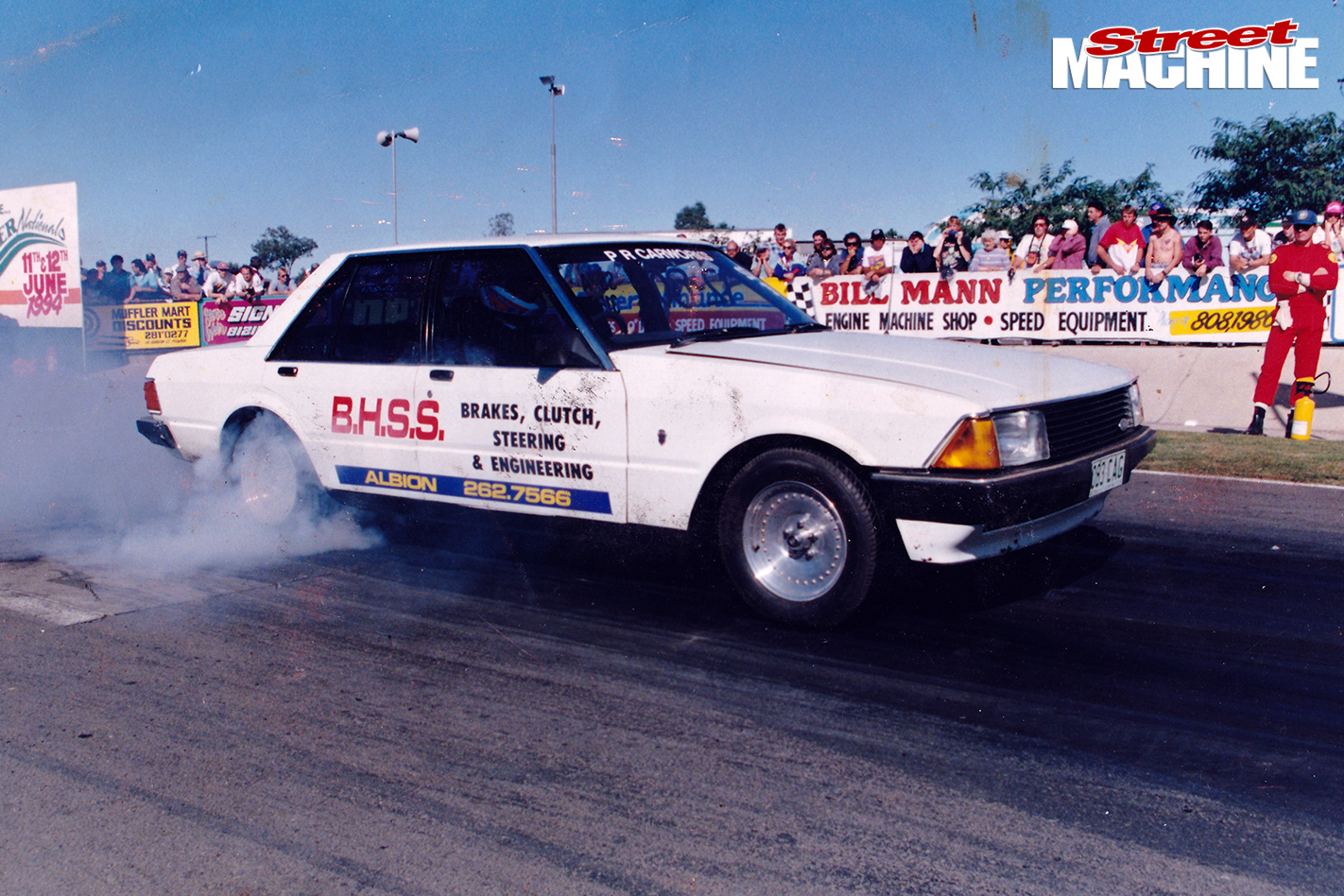 This white XD was a tough streeter; here it’s running Super Street at the 1994 Winternationals. It ran an $800 351 Cleveland built by good mate Paul Ryan and was backed by an FMX and 4.56-geared 9in. A 12.80 was the XD’s best, hampered in part by the diff gears causing it to nose over. It was a daily driver too, ferrying Peter’s son Corey home on his maiden trip from the hospital. 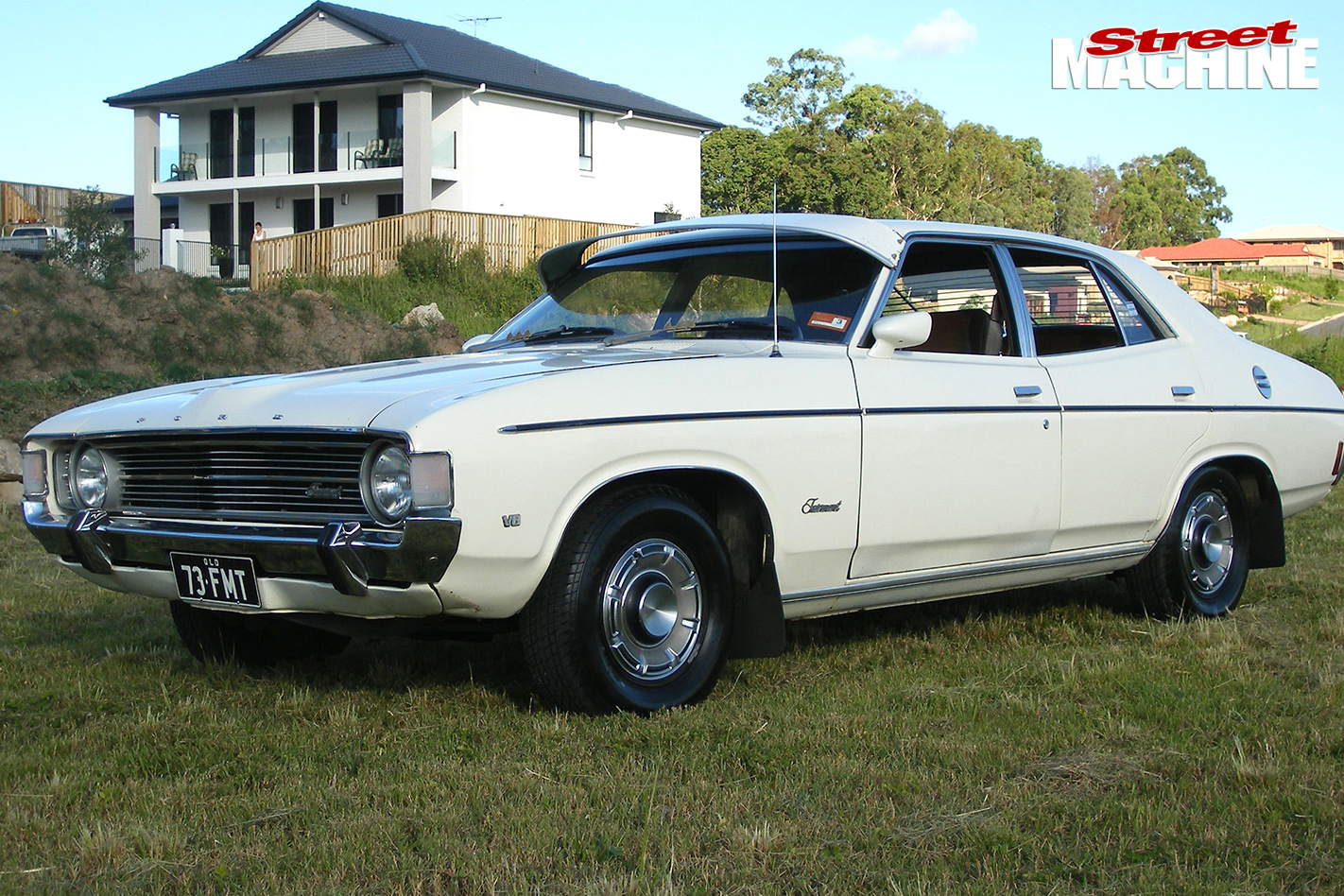 Talk about a mint condition XA Fairmont. “I bought this off eBay in 2003 for 3K. It was a 302 Cleveland, column auto and was perfect inside and out. The plan was to build it as the ultimate sleeper with a big-cubed Clevo, but I sold it to a guy in Toowoomba who had the same idea.” 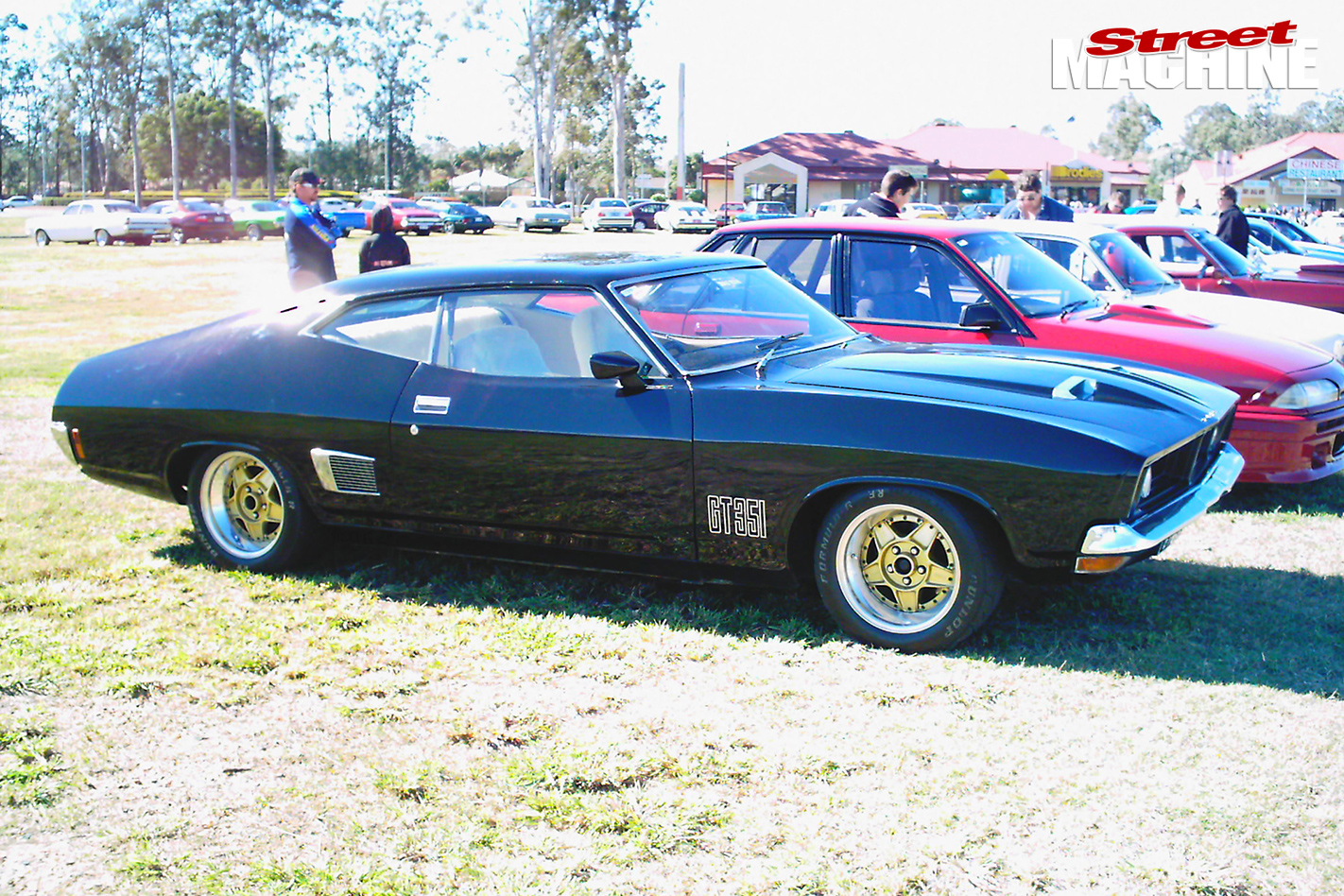 “I found the black XB Hardtop as a complete roller in 2005. It was dead straight and had an amazing paint job and interior. I robbed the V8 and C4 out of a rotten XB GS sedan sitting in my parent’s backyard, added the Simmons wheels and had it on the road for $8000. I was offered good money for it less than a year later so moved it on.” 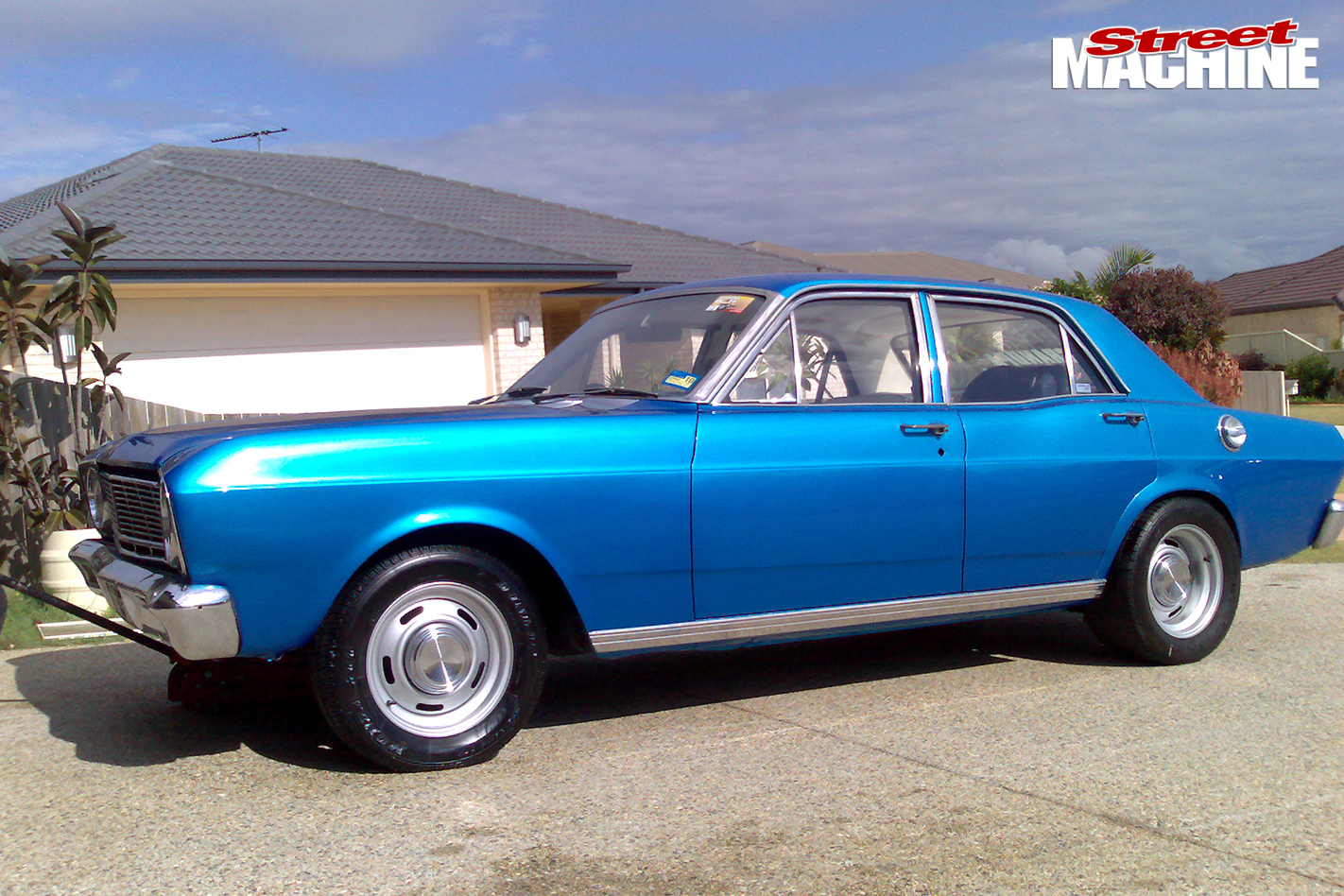 Sadly the days of $1000 V8 XT Falcons are long gone but Peter scored this as an unfinished project running a 302 Windsor, single rail and nine-inch. “It was in grey primer so I added period signwriting and raced at the Muscle Car Shootout at Warwick. I eventually had it sprayed in Blueprint and it was the first and only car I’ve ever had professionally painted.” 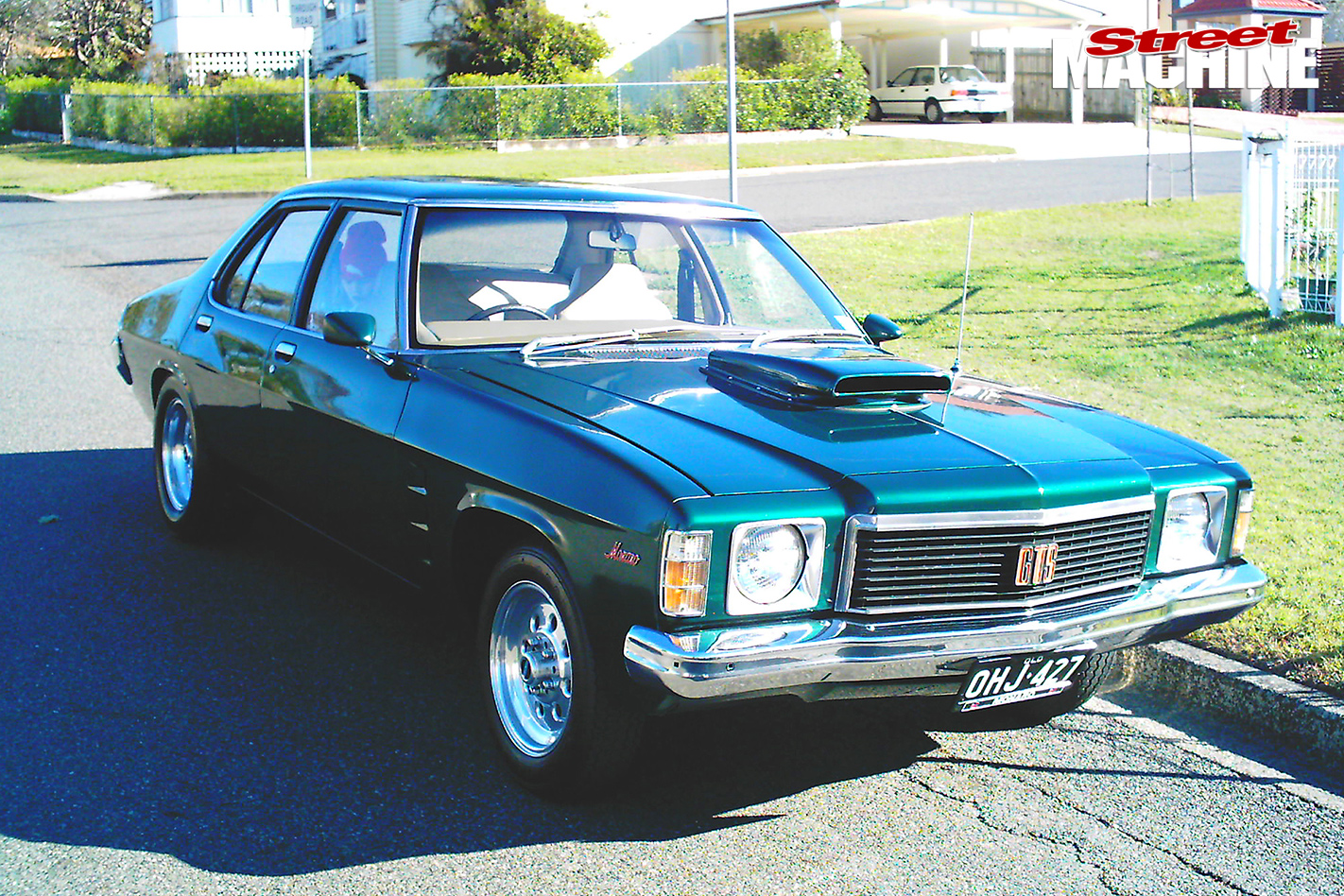 This green HJ was originally a genuine 308 four-speed Monaro that ran a healthy 10.98@125mph thanks to a 454 big-block. “The motor was 15 years old and originally came from my cousin Troy’s HQ Monaro. It just goes to show that a well-built motor can last the test of time and still go hard.” A change of career saw the Monaro swapped for a tilt tray in 2009. 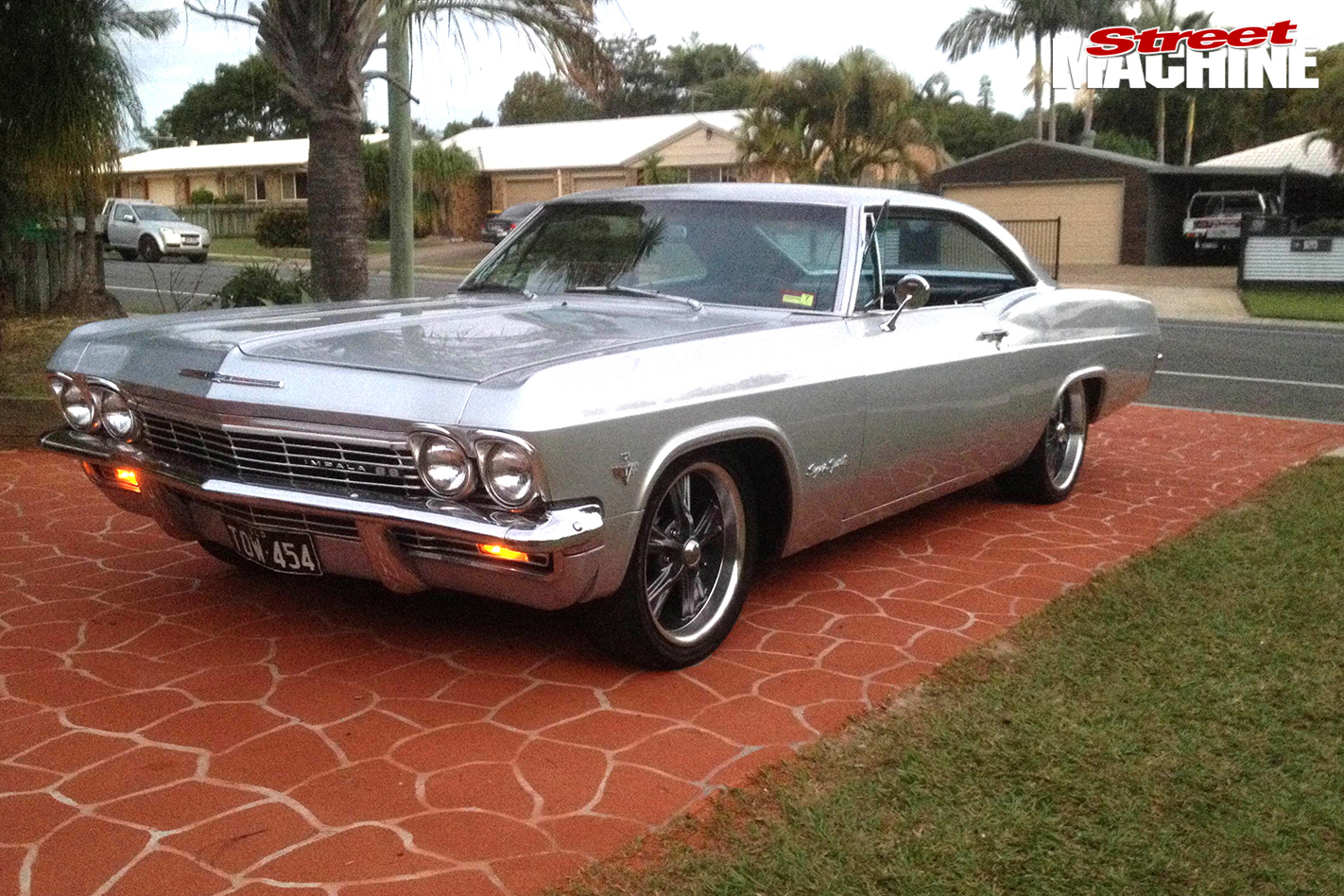 A change in priorities meant a cool cruiser was more to Peter’s liking, and this genuine ’65 Impala SS was just what the doctor ordered. “It ran a 327, had original black vinyl interior and a number of Caprice appointments. But, as it happens, the cruiser in me didn’t last and decided I needed something with more punch [laughs].” 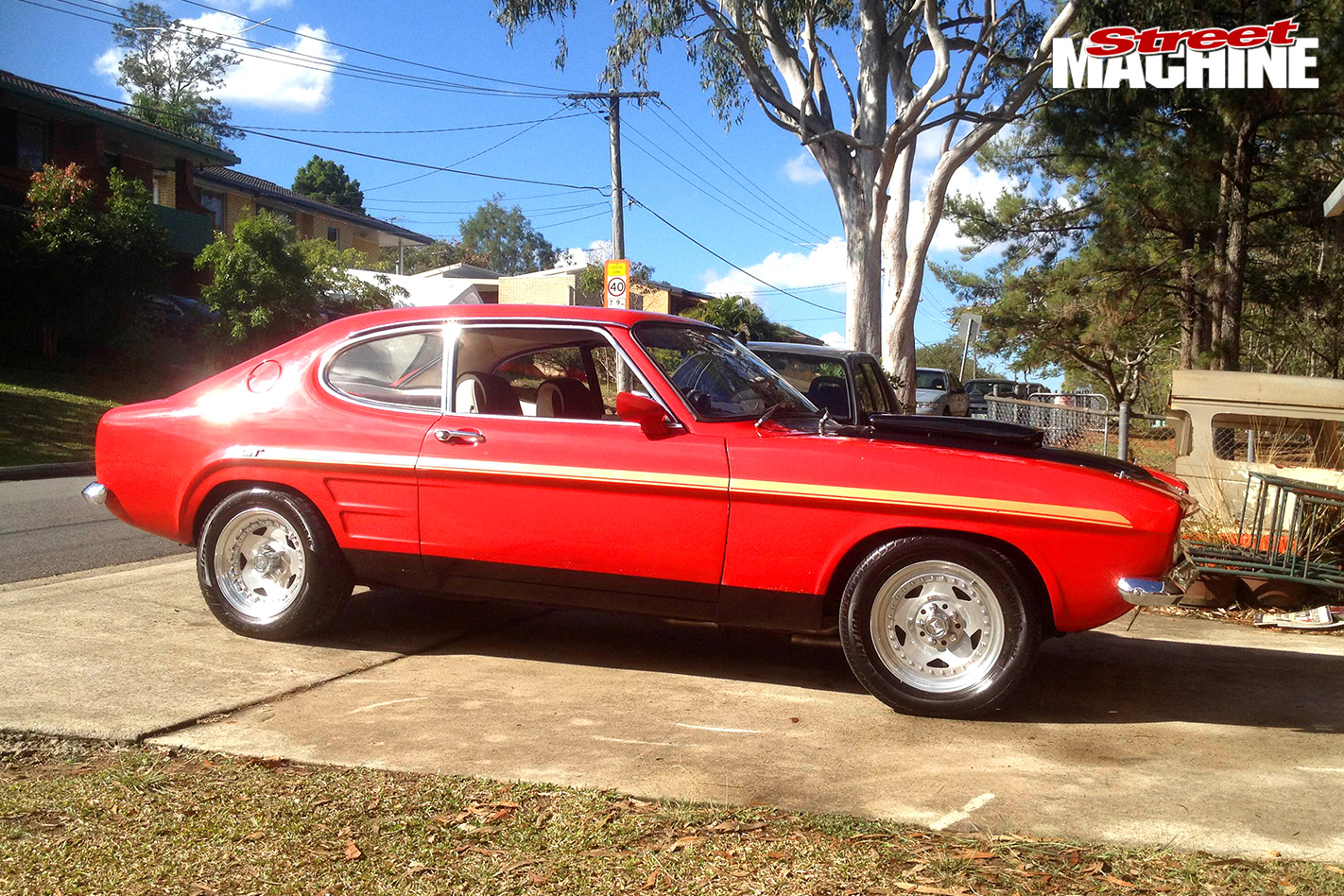 There’s something super tough about a V8 Capri and it seems Peter might have met his match. “I haven’t once thought about selling this car and think I’ve finally found the one [laughs]. It’s an 11/70 build just like me so I reckon it’s a sign.” Small tyres and subsequent traction issues have limited the stout little pom to a low 12 but Peter is hoping for a full street 11 second pass. “All I have planned for this car is to respray it Wild Violet and add orange stripes. I promise”. 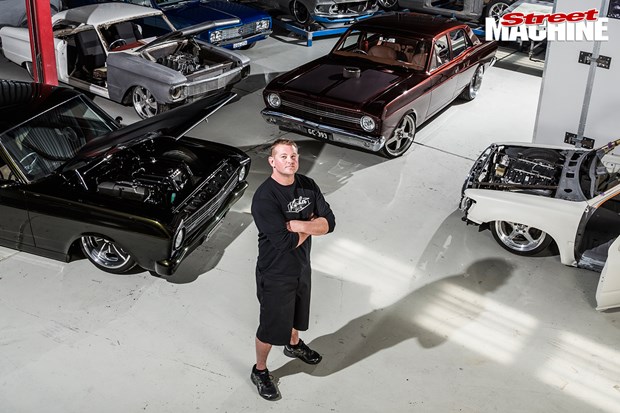 We chat to Dez Knight of Knight’s Garage, responsible for some of the most highly awarded Elite showstoppers of recent years 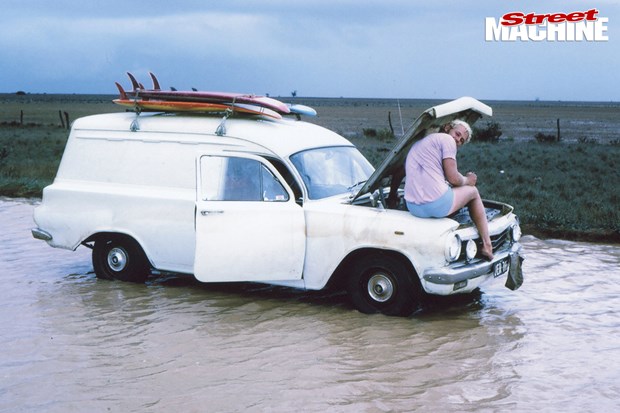 IAN LORDING - MY LIFE WITH CARS 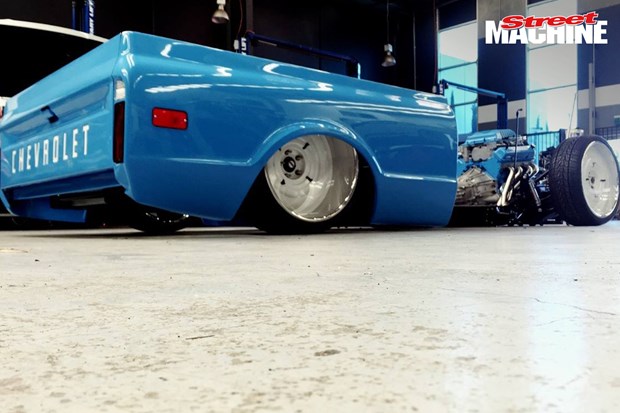 We've had even more people send in their project cars, so here's part two