“I BOUGHT my XW in 2013, pretty much as it looks now. The paint was done by the previous owner about 12 years ago. I have changed the stripe and wheels a few times, and the car has had three engine combos over the years, with all the work done by me and my brothers.

A Quick Fuel carb and a 250-shot nitrous plate system live up top. Behind the donk is an Al’s Race Glides Powerglide with a 5500rpm Dominator and transbrake, and a nine-inch with 35-spline axles, 3.7:1 gears and Truetrac. 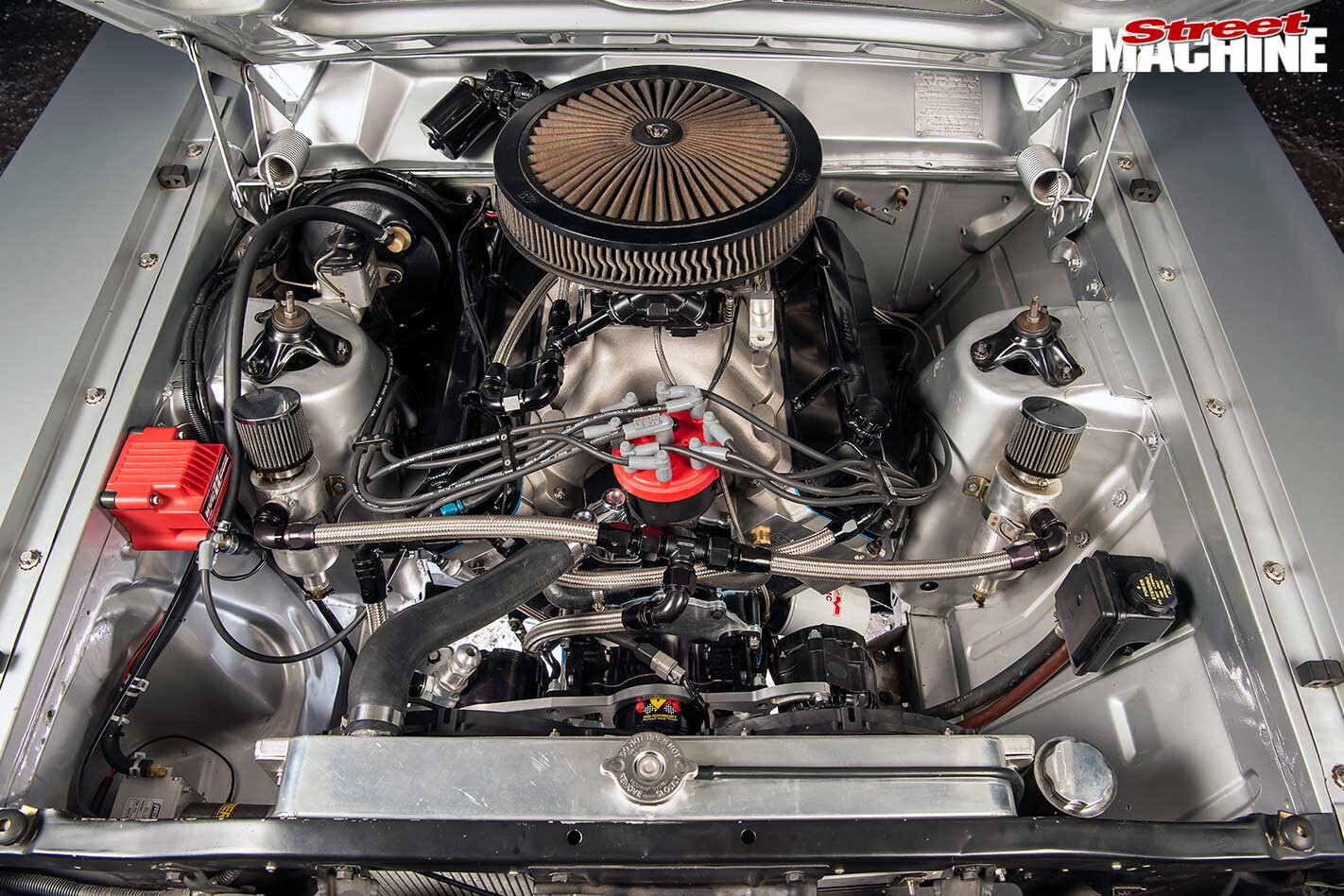 The car made 695rwhp on the hub dyno and 850rwhp with nitrous, tuned by Wayne at Performance Carb Tuning.” Photos: Jordan Leist

“MY CORTINA has undergone a complete ground-up rebuild, with a mini-tubbed rear and deep-dish 15x8 Weld Rodlites. It’s powered by a Cleveland stroked to 408ci, packing a Scat crank, forged pistons and a hydraulic flat-tappet cam, all topped with an Edelbrock RPM Air-Gap manifold and a 750cfm Holley.

The driveline is completed by a C4 trans with a full-manual valvebody and 3000rpm stall, and a CDS billet diff with 31-spline axles, 3.5:1 gears and mini-spool. My good mate Brian at Cool Trimming reupholstered the interior in GT basket-weave.

It has taken six years to build, and I tackled most of it myself at home, including the body and paint and the custom-made steel bonnet.”

AIDEN Clifford sent in pics of his dad Steve McKay’s EH Holden. “I’ve always wanted to see this in the pages of Street Machine,” he says. “My dad has owned the EH since he was 18.

It runs a 350 Chev with a 6/71 blower, TH350 ’box and a nine-inch in the rear. Dad and I installed the blown motor in 2014 and took it straight to Summernats – the test drive was loading the car onto the trailer!”

“I’VE owned my LJ for 14 years. It was pretty rough when I got it. It started with an engine rebuild: 202 blue motor, 12-port Yella Terra head and a modified Strata turbo set-up with a T04 snail pushing 21psi through an 830cfm annular Holley.

The engine bay has been smoothed and the interior was retrimmed in GTR Roebuck vinyl. I’ve also rebuilt the whole front end and a tonne of other stuff. It will eventually get a respray in a new colour. I love old-school sixes, and don’t plan on changing mine any time soon.”

“I’M 17 years old, and my Beetle is the car I learned to drive in! It’s got a 1600cc motor out of an army generator, which makes her nippy and fun to drive. The paint is Porsche Mica Red, and it rolls on genuine BRM mags wrapped in Nankang street rubber.

The interior is a full-custom job, too. I have big plans for this car to hit the strip – we’re talking big motor, big rubber and quick times!”

“OUR EK Holden, Leo, is very special to us – even if I did remove all but one of his Special badges! We are the third owners, having bought him from a deceased estate about 17 years ago. At the time, Leo was looking a little worse for wear, having been left out in the elements for over a year.

He did run, but not well, and his brakes were permanently on. So we initially planned to give Leo a quick blow-over and a new driveline just to get him on the road, but you know how these things go – the next thing you know he was stripped bare, subframe and all. The rust was worse than we expected, so a donor car was found and the fun really began. This budget build was all done with the help of mates over a four-year period.

Finally, he was ready to roll, now sporting HR discs, Trimatic transmission and EJ rear end, and resplendent in red candy and lace, offset by high-opacity white. He was my daily driver – until someone decided they would ‘borrow’ him without asking. Two sleepless nights later, we were called by a mate who said Leo had been found, but in a particularly dishevelled state. He was dragged home on a trailer, and this is where he still sits. It took me a year to even think about working on him, but now plans are afoot to get him back on the road.”

“MY FALCON looks mean-as in Onyx Black! She’s packing a 500hp 393ci Clevo with a roller cam and AFD heads.

Behind that is an FMX auto with a 2800rpm stall, and a disc-brake nine-inch with Truetrac LSD. Rims are Weld Draglites. The car was owner-built under the house, including the bodywork, all mechanicals and engine work, the wiring and the trim.

It ran a best of 11.90@114mph at Willowbank last year, but it’s had some fine-tuning since then, so I expect to go a little quicker next time.”