JIM Stark, played by James Dean, drives a 1949 Mercury coupe while his antagonists ride in and on a gorgeous ’49 Ford single spinner convertible. Apparently standing on the rear bumper of a convertible was a perfectly acceptable method of travel in the early 50s, or perhaps it was an example of the film’s characters’ disdain for the law. 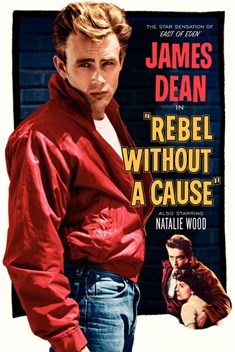 But then this film is all about misfits. Stark is a troubled teen who comes to a new town after problems at the last one and soon finds himself on the wrong side of local thug Buzz Gunderson and his crew. A switchblade fight (reportedly filmed with real knives and chain mail vests to protect the actors) leads to the only real bit of car action in the film, prefaced by this bit of dialogue:

“Why don’t you and Moose get us some cars and we’ll have us some kicks tonight, roundabout eight o’clock. We’ll have a little chickie run,” said Gunderson, to which Stark replied “sounds good.” Gunderson: “You ever been on a chickie run?” Stark: “Yeah, it’s all I ever do.” If only Gunderson had as much practice, he might then have survived to the second two-thirds of the film.

The scene is at night, on a bluff where the two stolen cars (a ’46 Ford and a ’41 Chev) are driven at speed towards the cliff edge. The first one to jump out of his car before it plunges onto the rocks below is declared the loser — don’t try this at home, kids.

While the chicken run is the key bit of car action in the film, you’ll be hitting the pause button during the scene to check out some of the rides driven by the young punks who have come along to watch, including a chopped and sectioned ’40 coupe (above) and a bitching ’32 roadster. Later there’s a ’55 Customline and ’55 Lincoln. A ’55 Ford F-100 panel truck is used as a meat wagon at the end of the film. 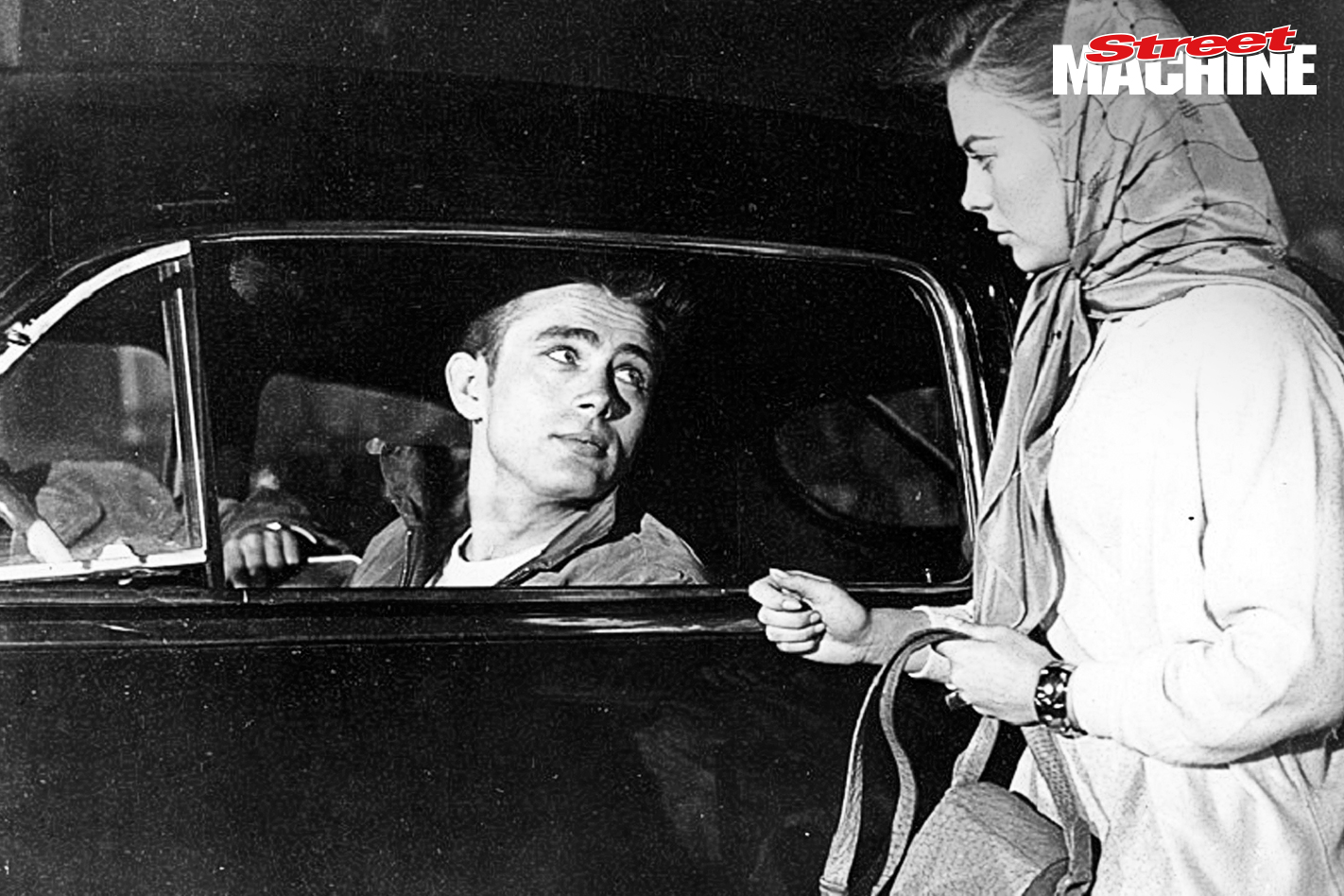 JAMES Dean’s untimely death behind the wheel of his Porsche Spyder before the film’s release catapulted what the studio had originally thought of as a B-movie into massive profitability. Watch it purely to perve on the cars and you’ll end up drawn into a classic film about youths dealing with some pretty heavy situations that still resonate today. 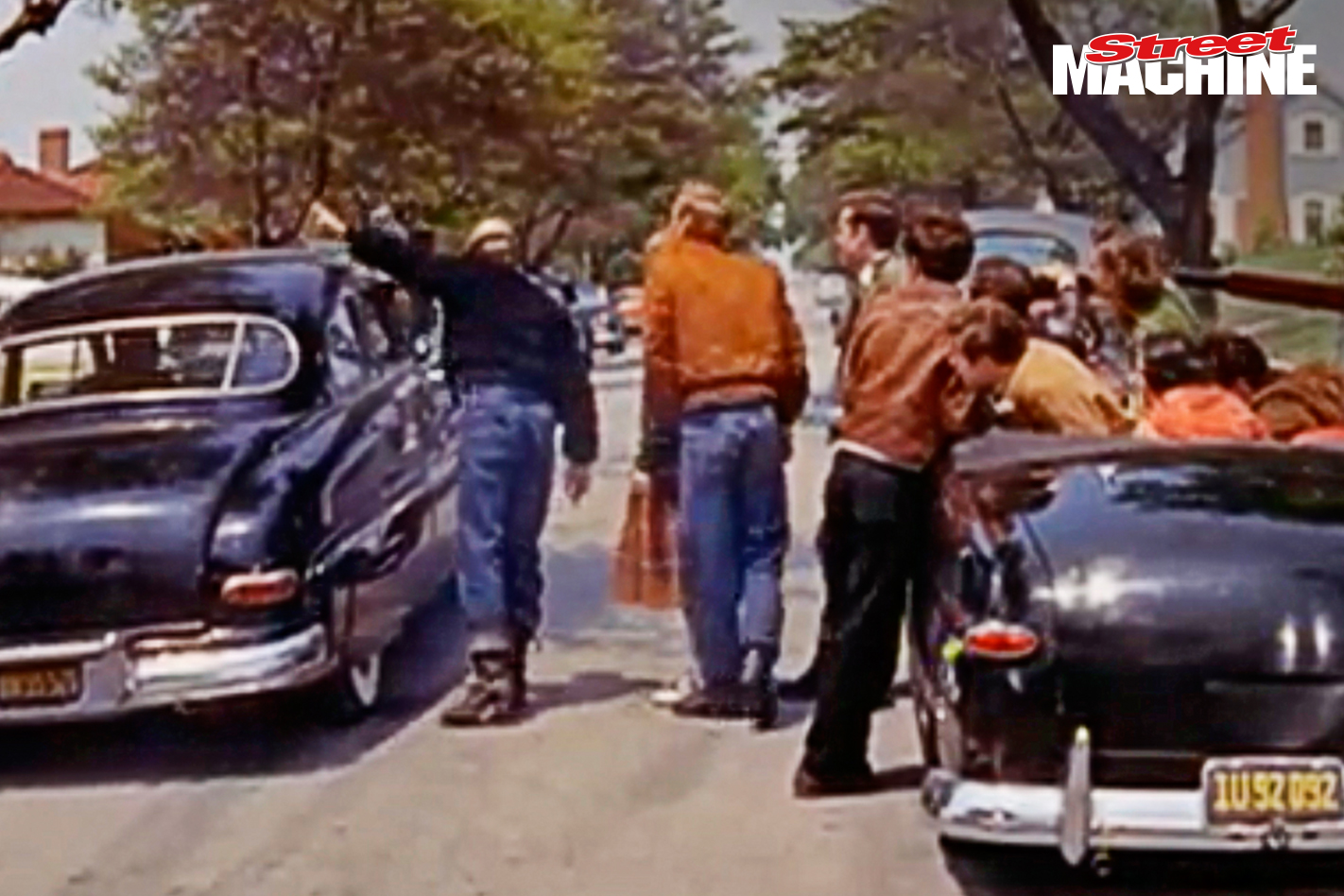 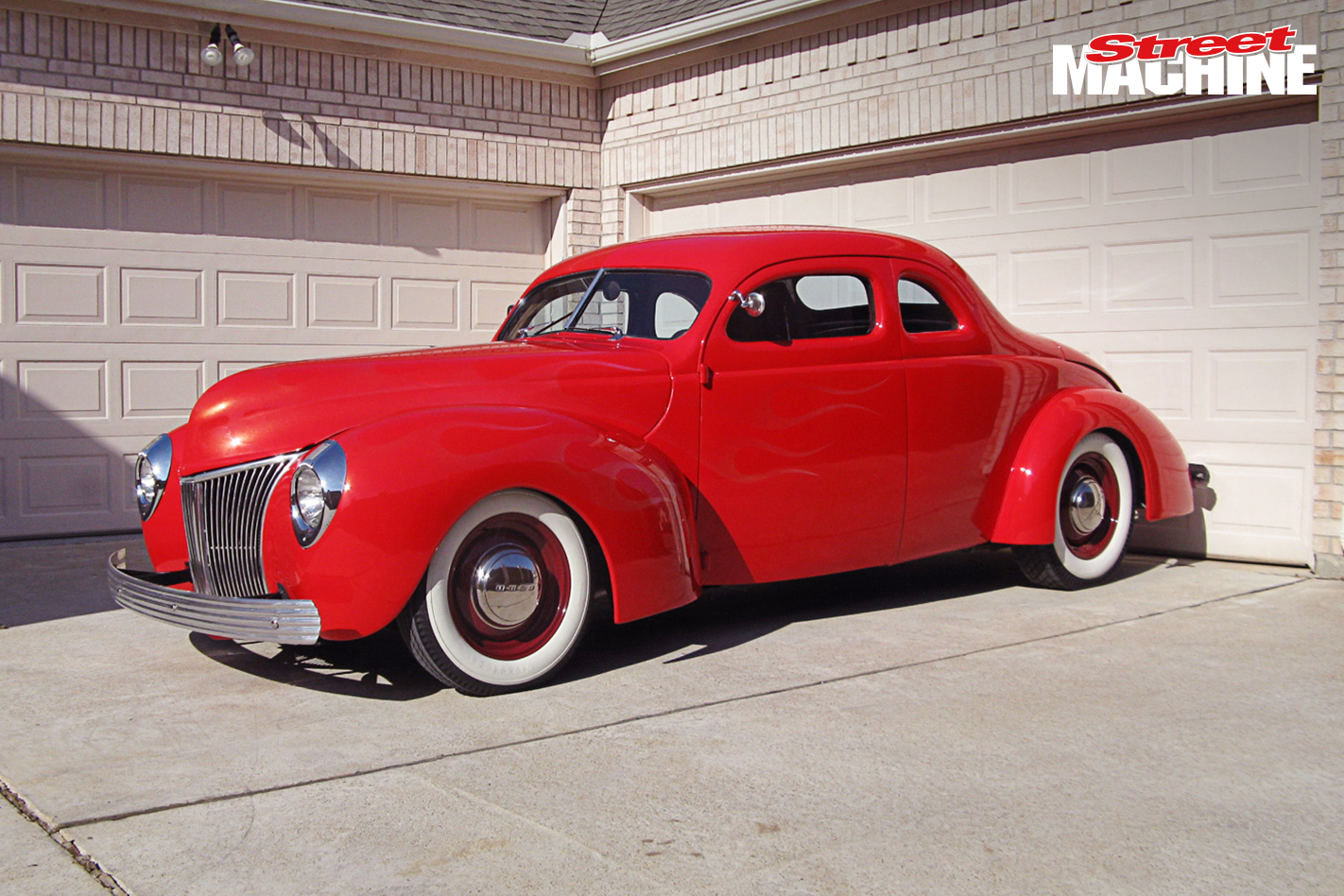 The ’49 Merc driven by Dean now lives in the National Automobile Museum in Reno, Nevada