TREVOR Floyd’s FJ Holden ute is one well-travelled little hay hauler. Trevor calls Kununurra in northern WA home. As the crow flies, you’d arrive in East Timor in a quarter of the time it’d take you to get to Goroke in Victoria. 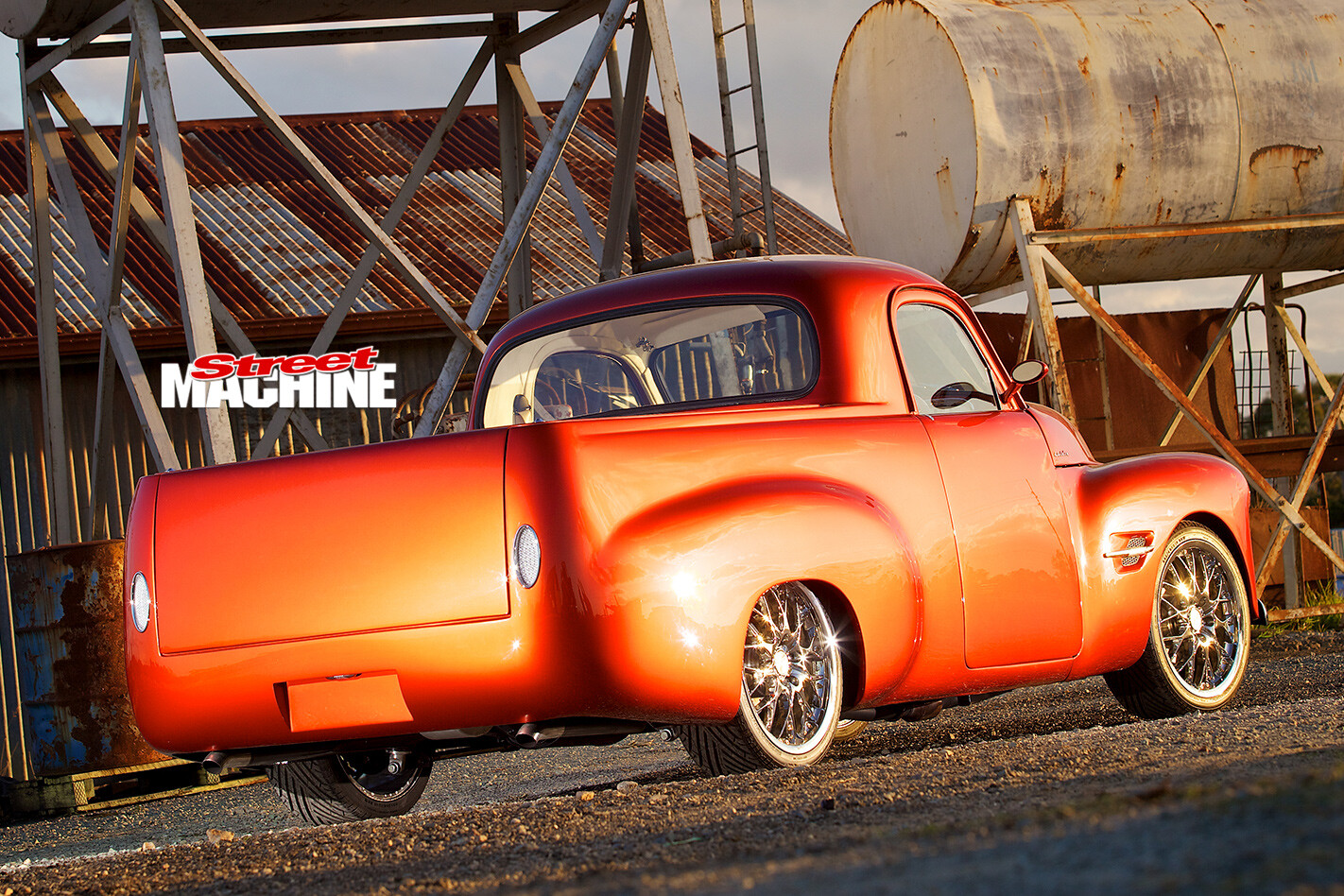 Why Goroke? That’s where the FJ was when Trevor heard it was for sale in 1998. But he wanted it so he made a snappy 5500km round trip to pick it up and drag it home.

“I got it back and stripped it down. Friday nights were spent sitting on milk crates in the shed, dreaming of the first cruise, but living in such a remote part of Western Australia made it hard to get parts and advice.”

He grappled with the challenge for 12 long years and then came across a feature on Brett Wright’s beaut RB30-powered FC wagon in Street Machine. “He lived in Mackay and had very similar issues to me — like getting sent the wrong parts time and again. He took his car to Oz Rods to finish, and at that point, the idea really appealed to me,” Trevor said.

It’s another long haul from Trevor’s joint to Oz Rods HQ in Brisbane, so it wasn’t a decision he made lightly. But after doing his research, he grew confident that it was the right move and he loaded up the FJ for another epic (7000km return) haul.

Before touching anything, the crew at Oz Rods asked for a wish-list of what he’d like so they had a starting point, then issued him with updates and photos via email every Friday. “I used to really look forward to that; it was always great to see progress being made,” he said. “Of course it was accompanied by a weekly bill which the missus didn’t look forward to quite so much!”

“Weekly updates not only keep the customer informed on progress but also keep them involved so they have input along the way.” It meant that, despite the tyranny of distance, Trevor was always in the loop. The starting point was the body, which was pretty ordinary. Oz Rods ironed out the bumps and performed a number of neat mods to give the ute a more contemporary look, including the rear roll pan, recessed numberplate, VZ SS guard vents, Lokar tail-lights and Vision Hotrod Concepts door mirrors with integrated side repeaters. They also mini-tubbed it for larger tyres and shaved the fuel filler — Trevor tops up the custom alloy fuel cell via a tray-mounted filler. 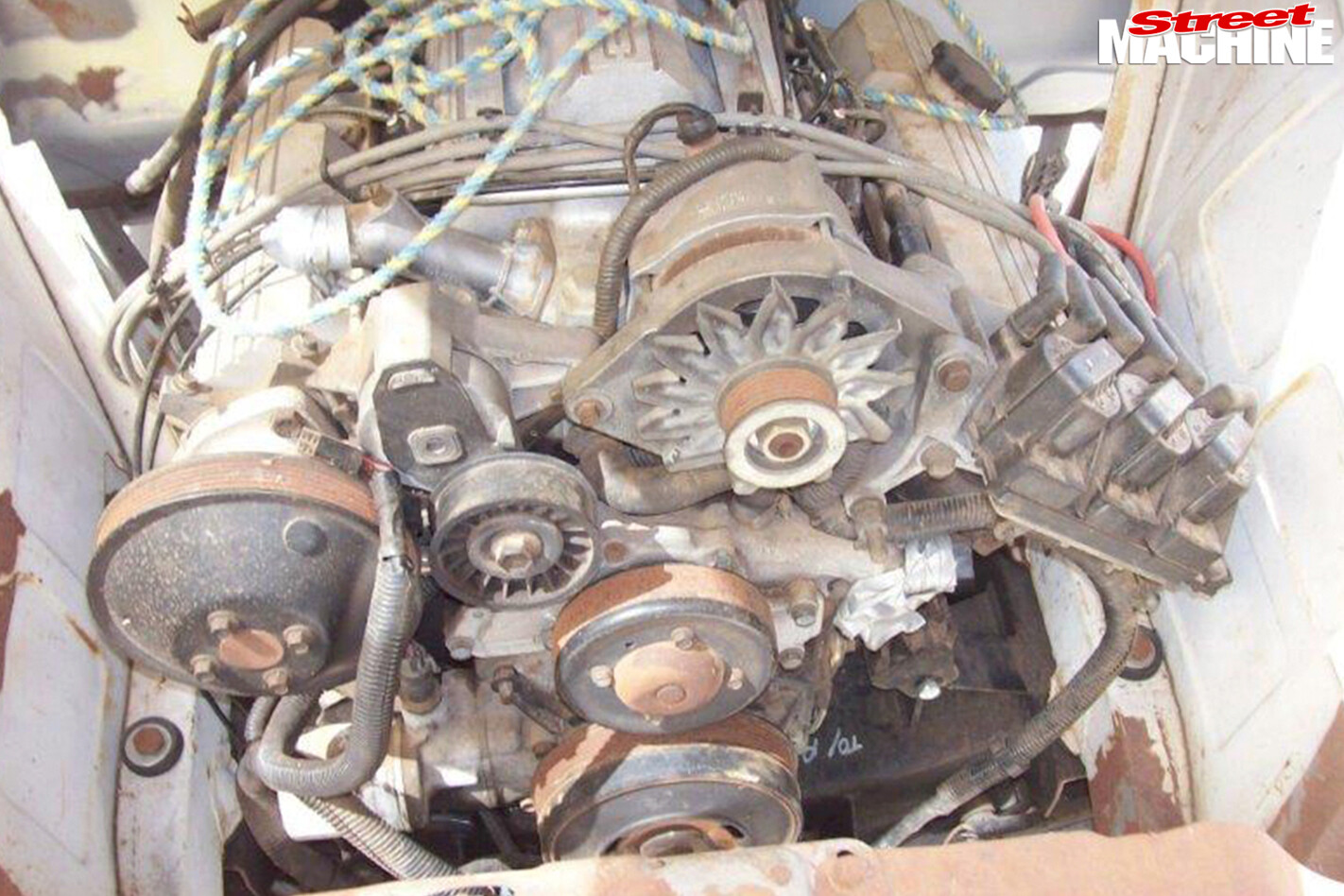 “The car was always going to be Midnight Blue,” Trevor said, “but in 2011 I went to MotorEx and saw a ’37 Slamback in HOK Tangerine. Straight away I knew that was the colour for the ute. At that point there was only two litres of Tangerine paint in Australia and Oz Rods had it. They painted a few bits and pieces and then I had to wait a month and a half for more paint. But I’m glad I did.” 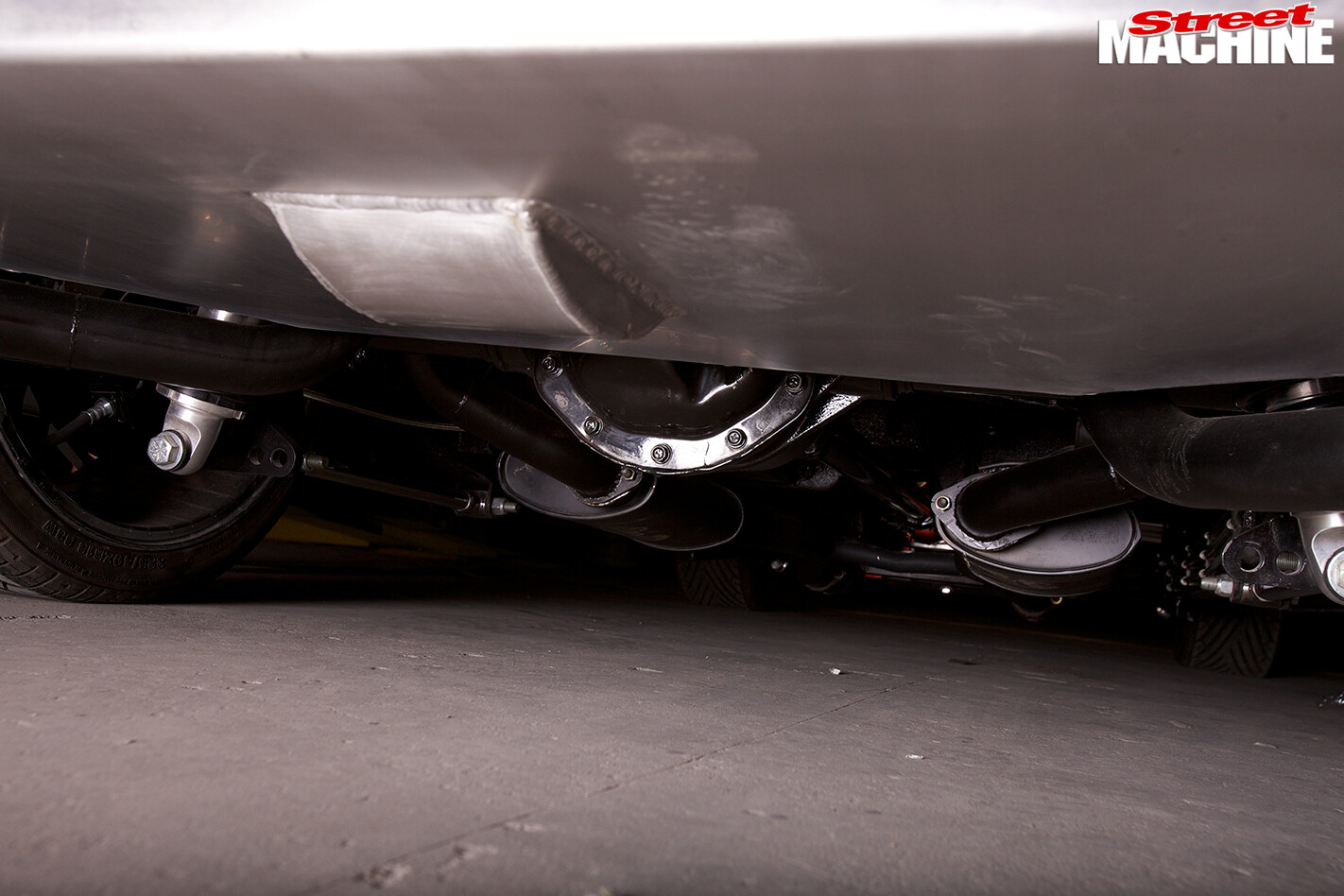 The underpinnings also had a modern overhaul; a Rod Tech front end with rack and pinion steering and coil-over shocks delivered a vast improvement in steering, ride comfort and handling characteristics. The four-link rear end is also from Rod Tech, modified by Oz Rods, and also boasting coil-over suspension. The diff is a shortened 10-bolt wearing a 3.55:1 LSD centre and Commodore discs and calipers; there are also Commodore brakes up front. It was a Commodore again for the 3.8l V6 and Turbo 700 auto — though the Oz Rods spanner-men treated both to a freshen up first, with ported heads, a Lunati camshaft and Hypertec pistons adding mumbo and a shift kit for more positive gears. There’s a fabricated air intake with a pod filter at one end; at the other end, a set of custom headers whisk away the spent gases via a twin 2¼in stainless exhaust system. The engine bay looks superb, with expertly hidden wiring, the battery stashed under the tray and the wiper bottle under the front guard. But most of all, the custom under-dash brake hydraulics keep things clean as a whistle.

“We used a right-angle drive, 7in dual diaphragm MBM booster and a modified XY Falcon master to keep the firewall uncluttered,” Darren from Oz Rods revealed. “It’s difficult to dress up a Holden V6 but the engine bay has come up well without having to go and polish absolutely everything. It’s nice and easy to maintain — that’s what the customer wanted.” 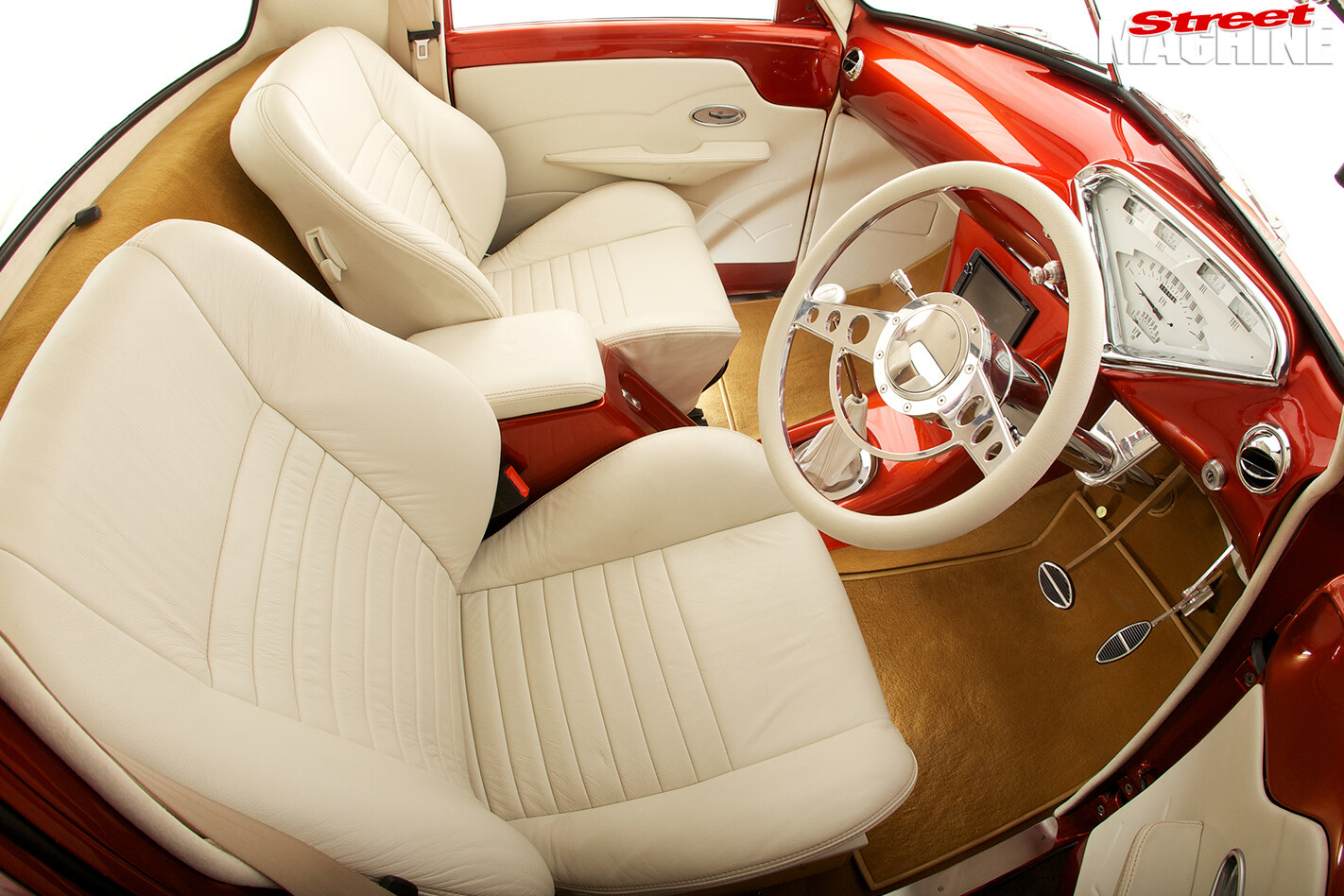 The cabin is true to the retrotech theme. They might not look like it, but the seats belonged to a Nissan Pulsar before they were relieved of their headrests, re-bolstered and expertly retrimmed. Splitting them is a bespoke hammer-formed centre console which, aside from looking stunning, houses a Pioneer head unit with satellite navigation and Bluetooth capability. The console merges neatly with the custom steel dashboard that was sculpted around a Classic Instruments ’59 Chevy pickup cluster. The dash is clean and simple — no glovebox or clutter. Billet components like the air vents, door handles and pedals are Billet Specialties and Lokar, with custom-machined details by Oz Rods. The Billet Specialties tiller is mounted to a Helix column.

With the build complete, Trevor had to repeat his monster road trip to pick up the finished beast. Not content with that, he headed to Adelaide for the Extreme Auto Expo. 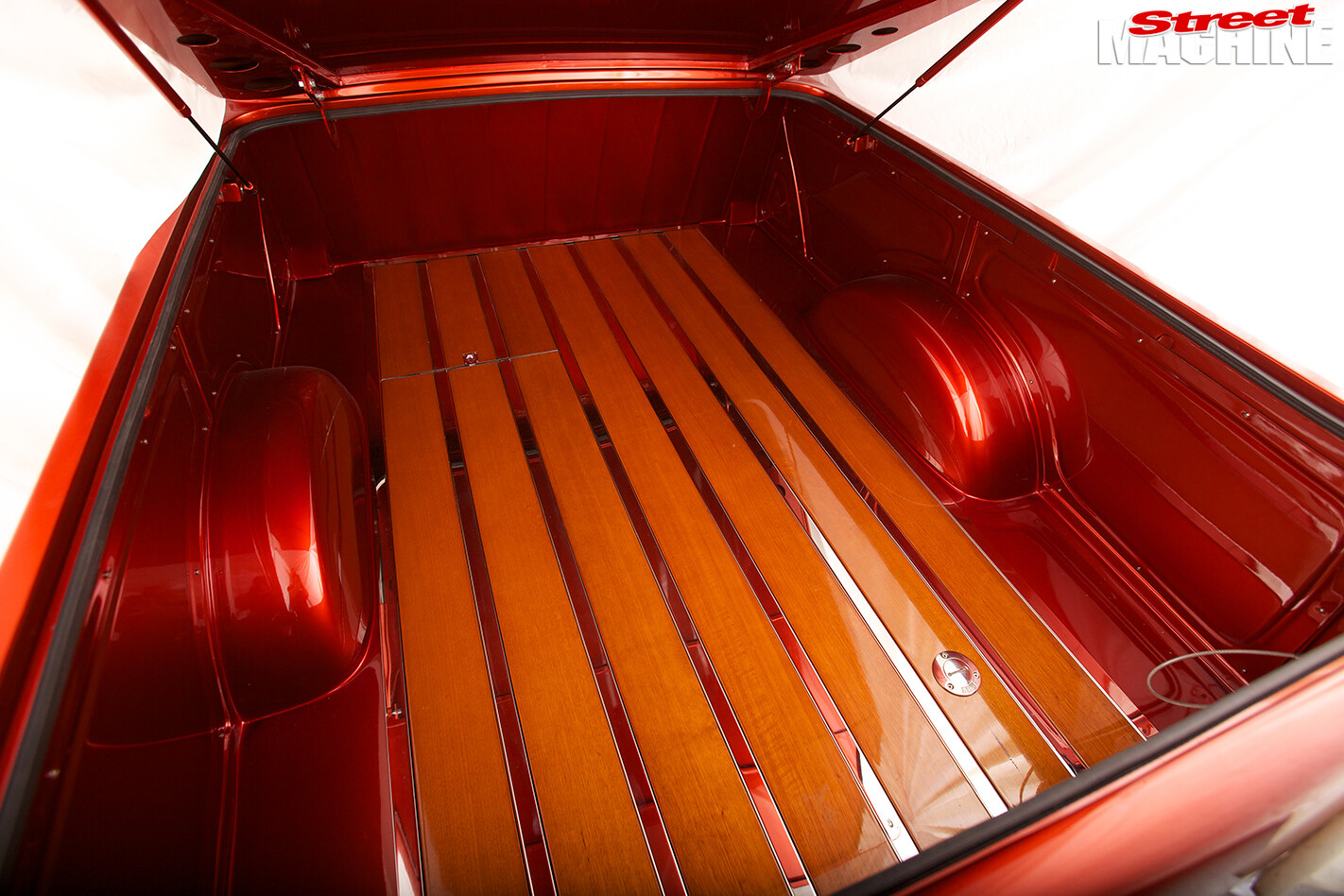 Best Body, Best Paint and Best Interior trophies made it worth the extra 7000km, but soon enough Trevor headed back to Oz Rods — for a blower.

“We’ve looked at a number of options,” Terry said, “but it’s looking like a factory-style Eaton M90 unit will be most suitable.”

And how does the result stack up against the wish-list? “I don’t think there was one thing I asked for, that Oz Rods weren’t able to deliver on. I really couldn’t be happier with the result.”