Disney-Pixar’s Cars may be a kids movie, but it’s one of the best petrol head flicks we’ve seen

Does a kids’ film deserve a spot in Australia’s home of horsepower? Hell yes, especially when it’s as amazingly detailed and animated as the Disney-Pixar smash, Cars. If you can let your adult guard down for the first five minutes, you’ll find yourself happily drawn into a world where cars are human (or is that the other way around?). 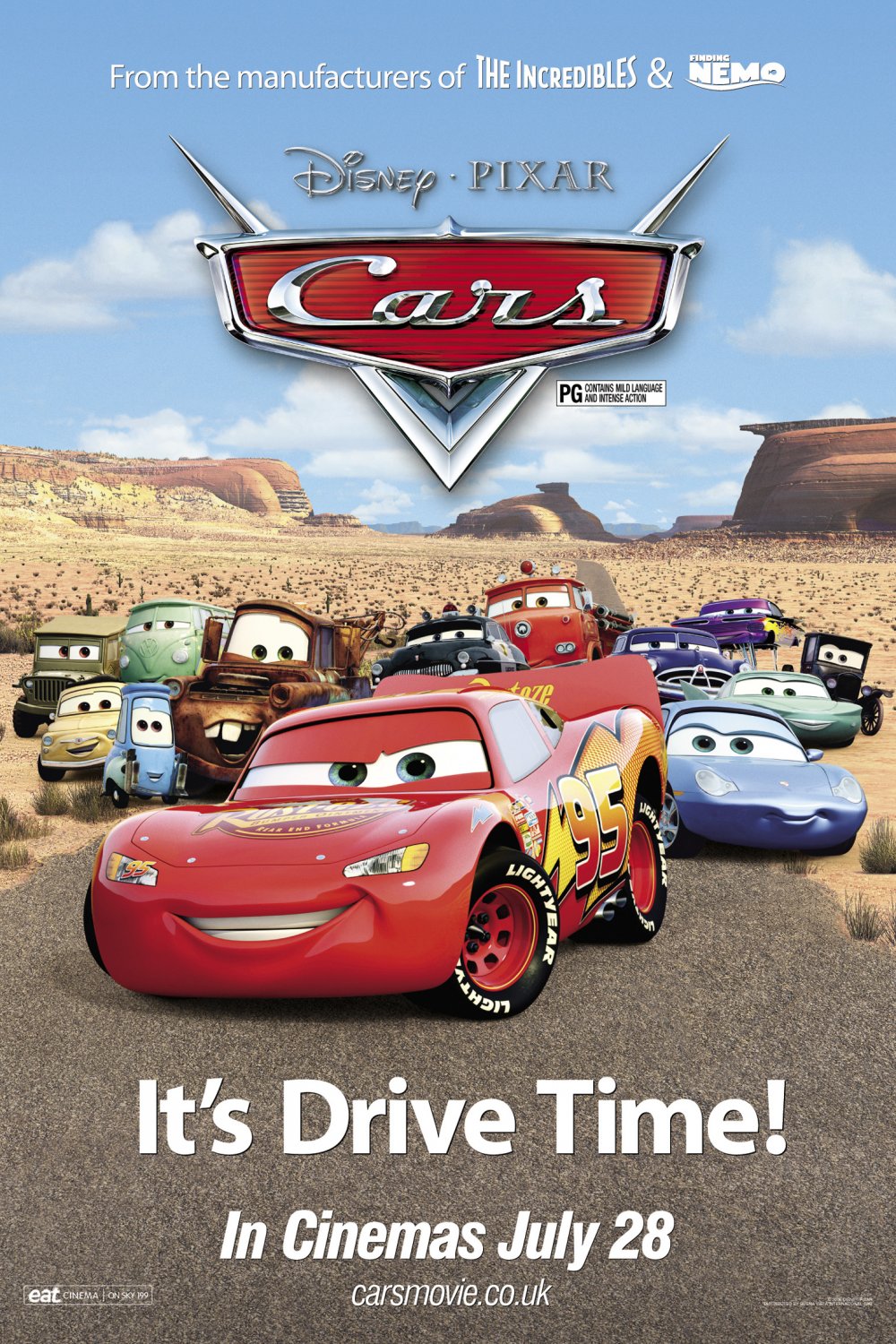 Lightning McQueen is a NASCAR racer in his rookie year, solely focussed on winning The Piston Cup and scoring a new sponsorship deal. A travelling mishap leads him to Radiator Springs, a once-thriving town on the languishing Route 66. There, a stint of community service is the catalyst for some character-building for Lightning, as he learns to see past the tunnel vision of his own windscreen. Lessons in life, friendship and love are dealt to him at the wheels of Doc Hudson (Paul Newman), Mater the tow truck (Larry the Cable Guy) and Sally Carrera (Bonnie Hunt) respectively, before a reborn Lightning dashes to LA for the championship tie-breaker.

The crowning glory of Cars is in the details. Director John Lasseter and production designer Bob Pauley are both ardent gearheads, so it was imperative that the film nailed every element. The action, backgrounds and dialogue are filled with references both obvious and subtle to the USA’s incredibly rich car history and culture, and the once-vital lifeblood that was Route 66. 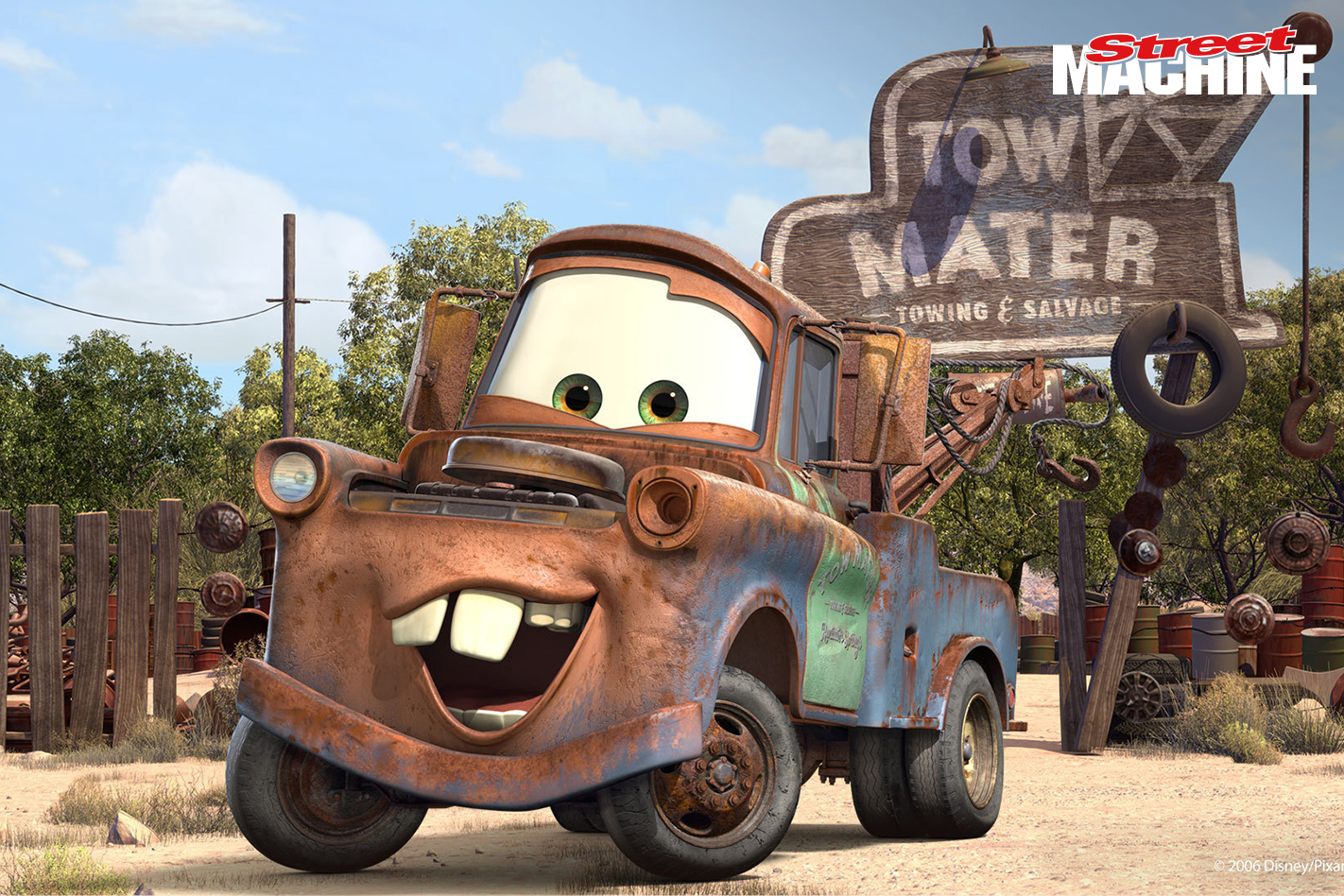 The vehicles chosen for the film are as spot-on as the characters they portray, whether it be the Plymouth Superbird as the retiring Strip ‘The King’ Weathers (appropriately voiced by Richard Petty) or the mid-career Buick Regal, Chick Hicks (Michael Keaton). The human/vehicle cross-pollination is awesome; Mack’s sleepy Jake brake and the train’s glaring horn face are two of the best, proving the creative team left no stone unturned in perfecting every element of this flick. 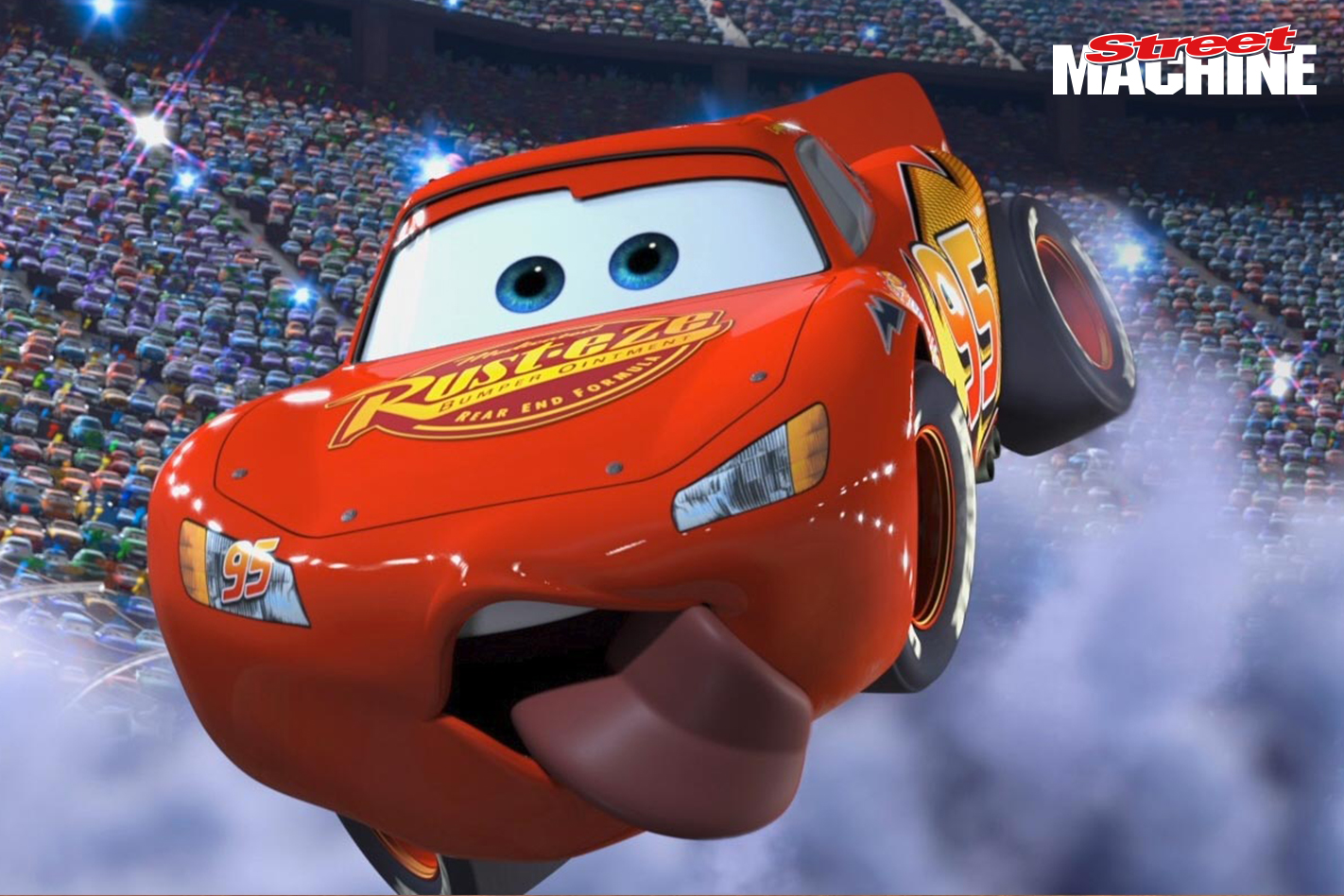 The story contains all the feel-good moral lessons you’d expect from a kids’ movie, but is strangely pertinent for children and adults alike.

One of those rare films that can truly be enjoyed by all ages, Cars deserves a few viewings in order to catch all of the cool details and elements – pay special attention to the signage, stickers and background antics. There’s the odd bit of adult humour for you to have a knowing giggle at, too, but don’t be concerned – like any Pixar film, Cars is childproof. 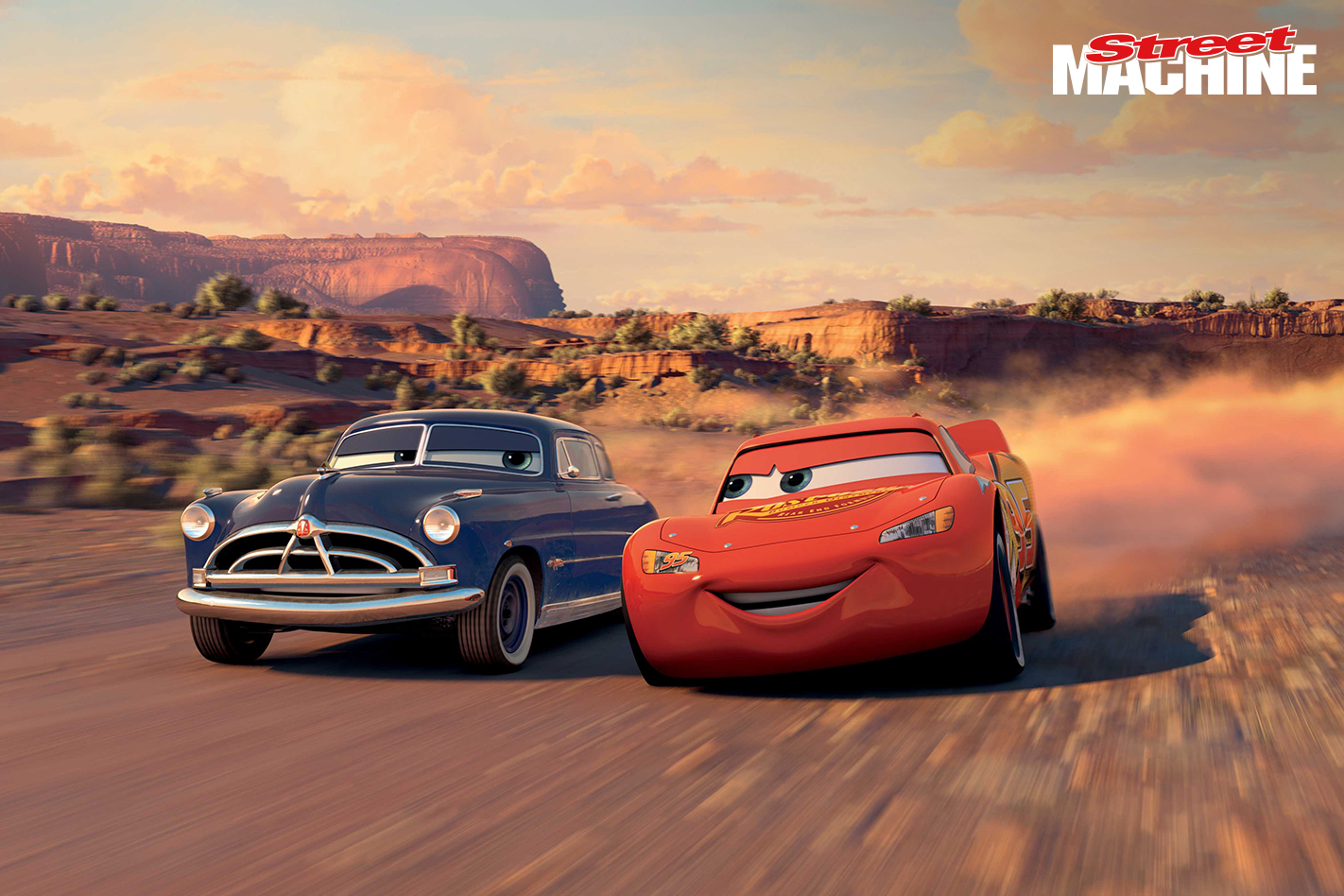 Luigi - a Fiat 500 with an obsession with Ferraris - wears a number plate which reads 445-108, which is the coordinates for the Ferrari factory in Modena Italy.