In part one of Rob Upton's life with cars, we delved into his early years as he graduated from pedal cars to panel vans and tough streeters. Wild nights in the 80s spent as a ‘street rat’ hanging at Jilly’s Diner and street racing at some of Sydney’s iconic haunts has given way to a quieter life tending to bicycle repairs and enjoying the sun and sand on the NSW South Coast. But his passions have never waned, and his current fleet is impressive, with an eclectic mix of some of Australia’s best-loved makes and models. 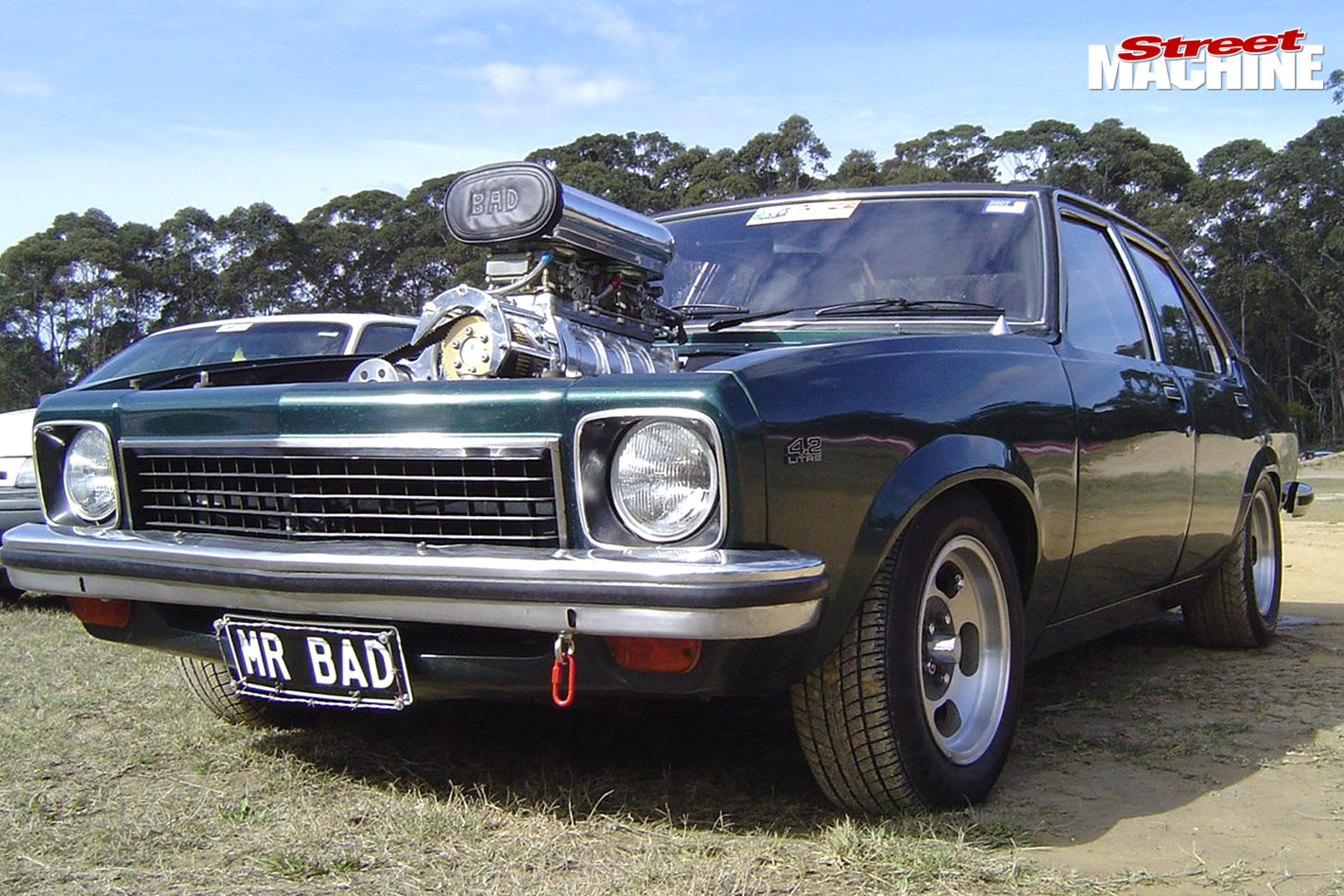 1. Rob went to Summernats in 2005 after a 15-year break. “First mistake,” he says. “One whiff of methanol and burning rubber and I said to my mate: ‘Oh shit, I’m building a car. A Torana with a blower called MR BAD.’ So I’m trawling through eBay late one night – second mistake – and won a rough-looking V8/four-speed LH sedan in Queanbeyan for $1500. It wasn’t advertised as an SL/R but my gut told me it was, and sure enough, it was genuine. This car just evolved – I rebuilt the 308 with a 6/71 supercharger, while my mate John Taylor retrimmed the interior in black. The paint was stuffed so I resprayed it Forest Green and John added the black vinyl roof for something different. I rebuilt the Aussie four-speed and a fine-spline LSD 3.36 banjo diff and they both miraculously hung in there! I even had spares ready to go in, but never needed them. It’s not like I beat up on the thing, but I sure as hell drove it hard.” 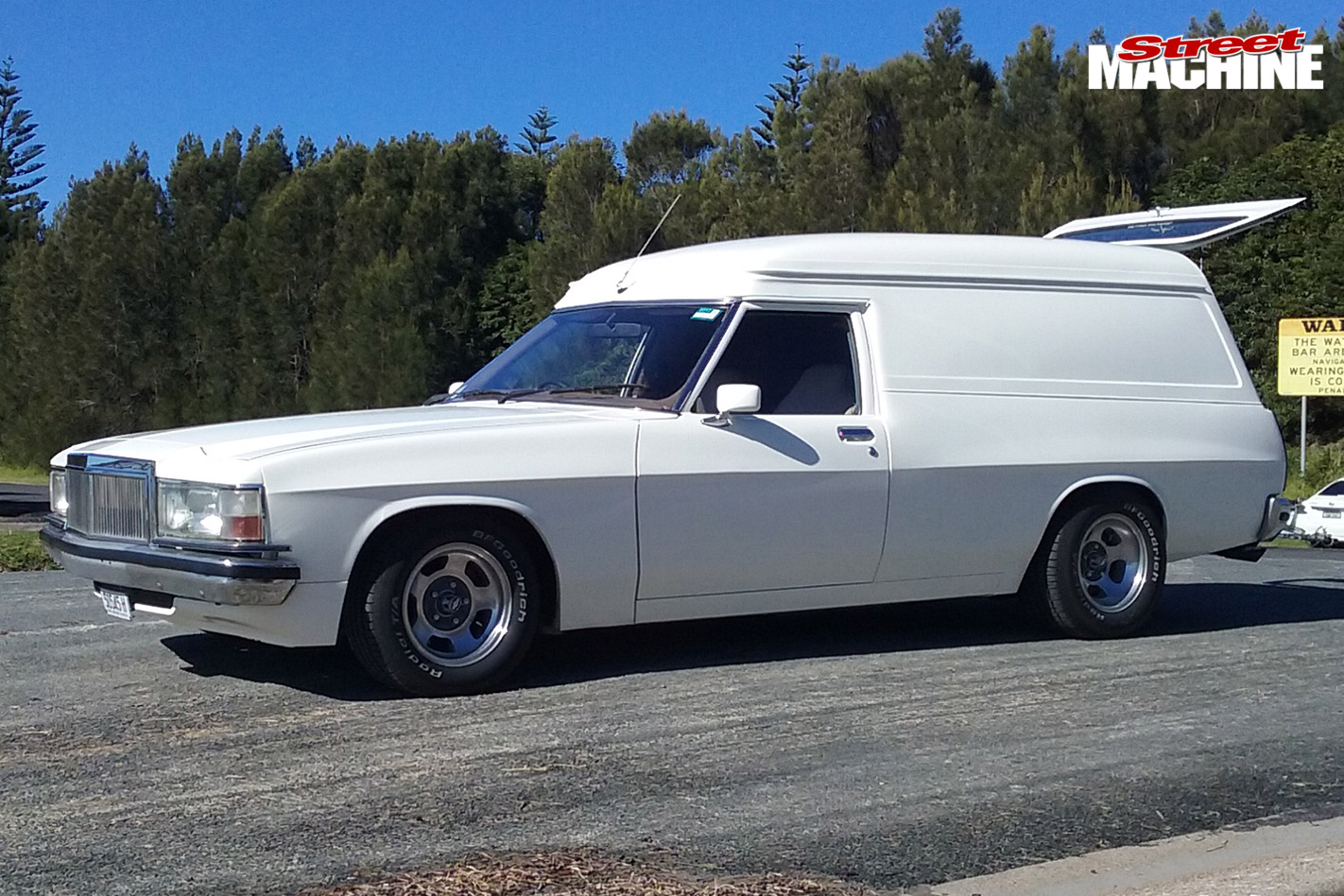 2. Rob’s white WB doubles as a work van and spends the majority of its life with the tailgate firmly up. “Sorry, Ford guys, but a real van has tailgates, not barn doors. Some concerned citizens just don’t get it and yell out stuff like: ‘Hey mate, your boot’s open,’ which makes me smile. I might just be a silly old bastard driving a panel van but I’m still that same young bloke inside who gets a thrill
from cruising around in something cool; isn’t that what it’s all about?” Amen to that, Rob. This van has just scored a respray in white along with a WB Statesman front and a fresh HX/HZ-style Sandman stripe kit. 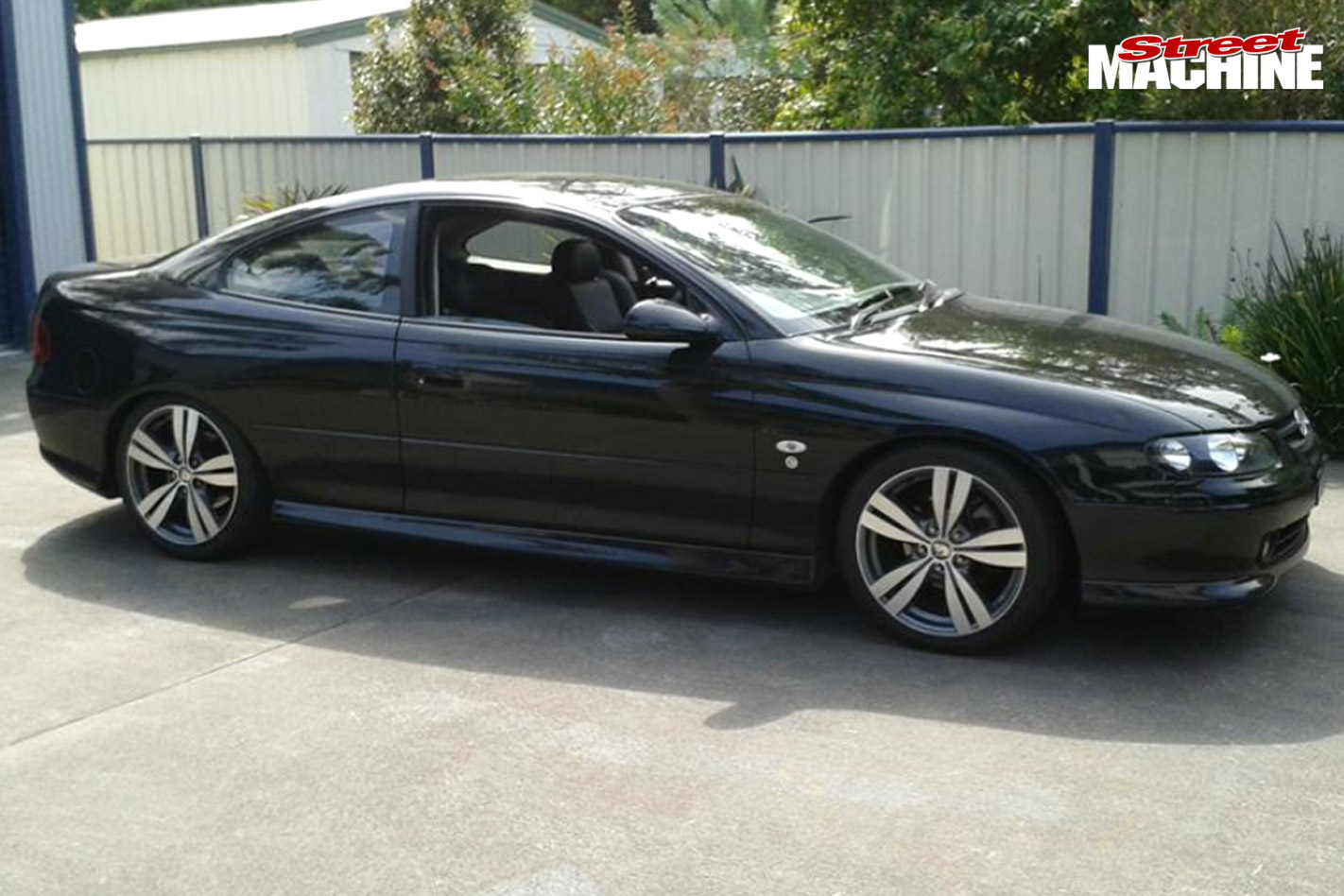 3. Dedicated Holden man Rob had been feeling slightly jaded by what was coming out of Elizabeth, until the VT ClubSport arrived. “And they had me well and truly back on board when they unveiled the Monaro,” he says. “I’d just returned from cycling overseas and a brand-spanker passed us coming home from the airport. It was one of the coolest cars I’d ever seen, and this one tripped over me a few years ago. A friend wanted to buy my MR BAD Torana so we nutted out a swap for this 427-cube LS7 six-speed in glorious black. It hauls arse and is another car ticked off my bucket list.” 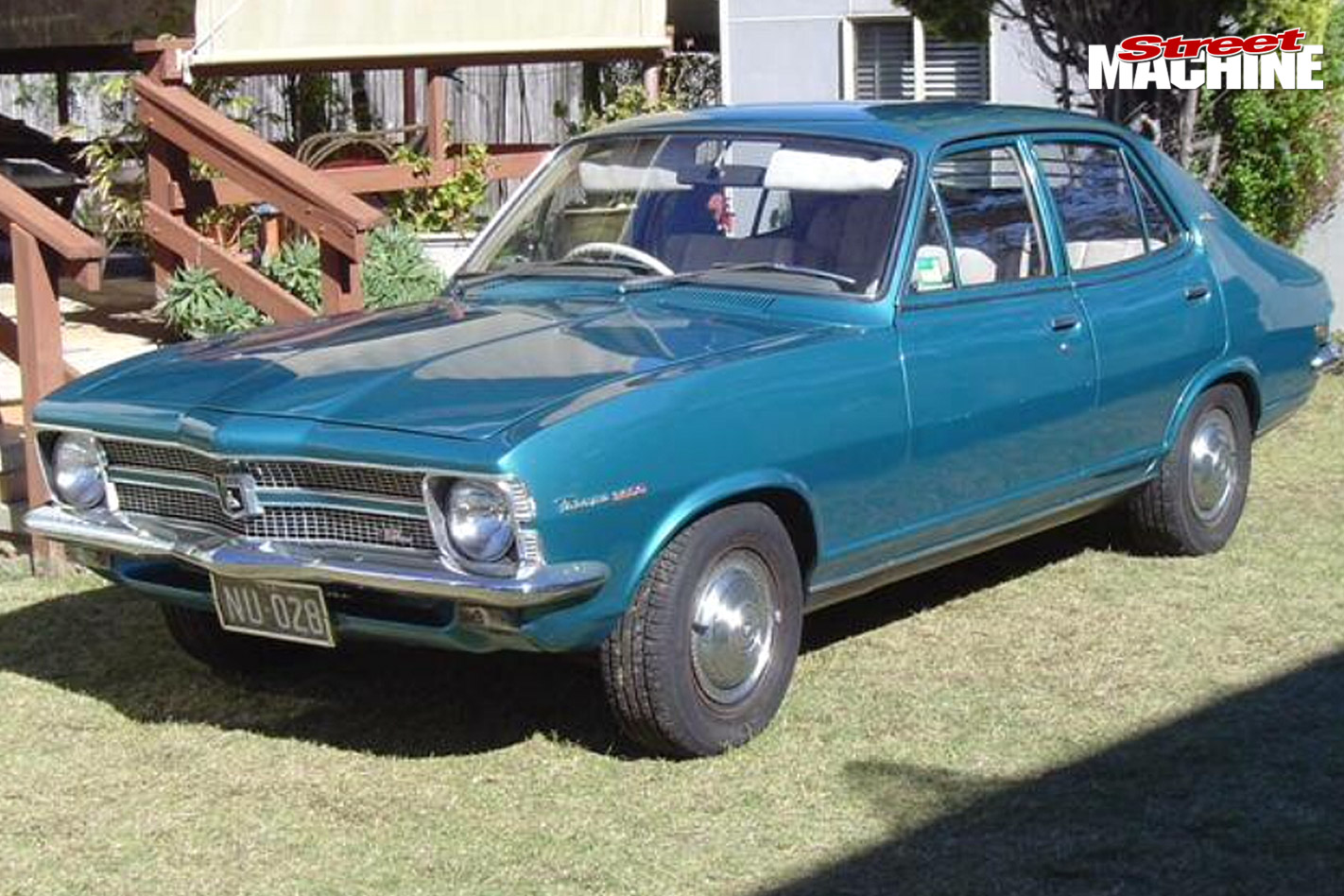 4. In 1971, Rob’s dad traded the family EH Premier for this brand new LC Torana, which his mum owned for the next 45 years! Running a 161 and Trimatic, the little Torry has only 103,000 miles on the clock, remains radio-delete and still has the original carpet. “I tried to get Dad to buy her the purple XU-1 parked next to it in the showroom but he wouldn’t go for it,” Rob laughs. “We used to laugh at four-door LCs and LJs back in the day, but now they’re hot property. This one will never be for sale and is my wife Donna’s weekend toy.” 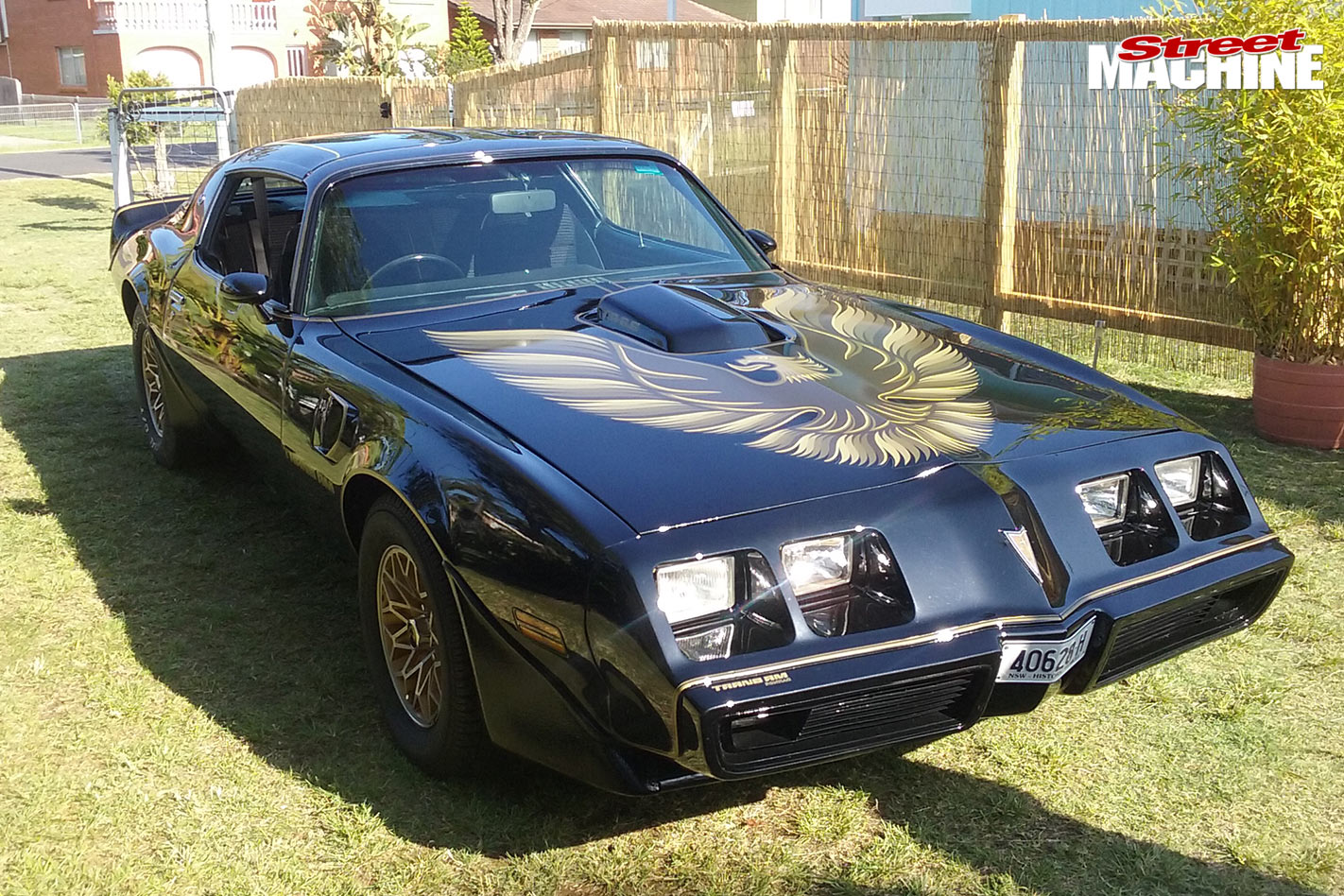 5. From the moment it caught his eye flying across the screen during a showing of Smokey & The Bandit at the Chullora Twin Drive-In in the late 70s, Rob has wanted to own a black Trans Am. “I finally bought one 18 months ago from my good friend Wayne. It nearly didn’t eventuate – I took it for a test drive and a kangaroo hit us! The bastard jumped straight into us and caved in the left A-pillar, windscreen and one of the T-tops, as well as damaging the door. I was in shock. It wasn’t my car for starters, and where do you find bits to fix one? Thankfully, Wayne had insurance and the guys at Americar had all the parts that made it very easy – if it was an HQ Monaro we would have been screwed! It runs a 403-cuber and Turbo 350, which I’d like to swap out for a 455 in the future. These are hands-down the best-looking factory car ever made, and I’m in awe of the designers who penned it.” 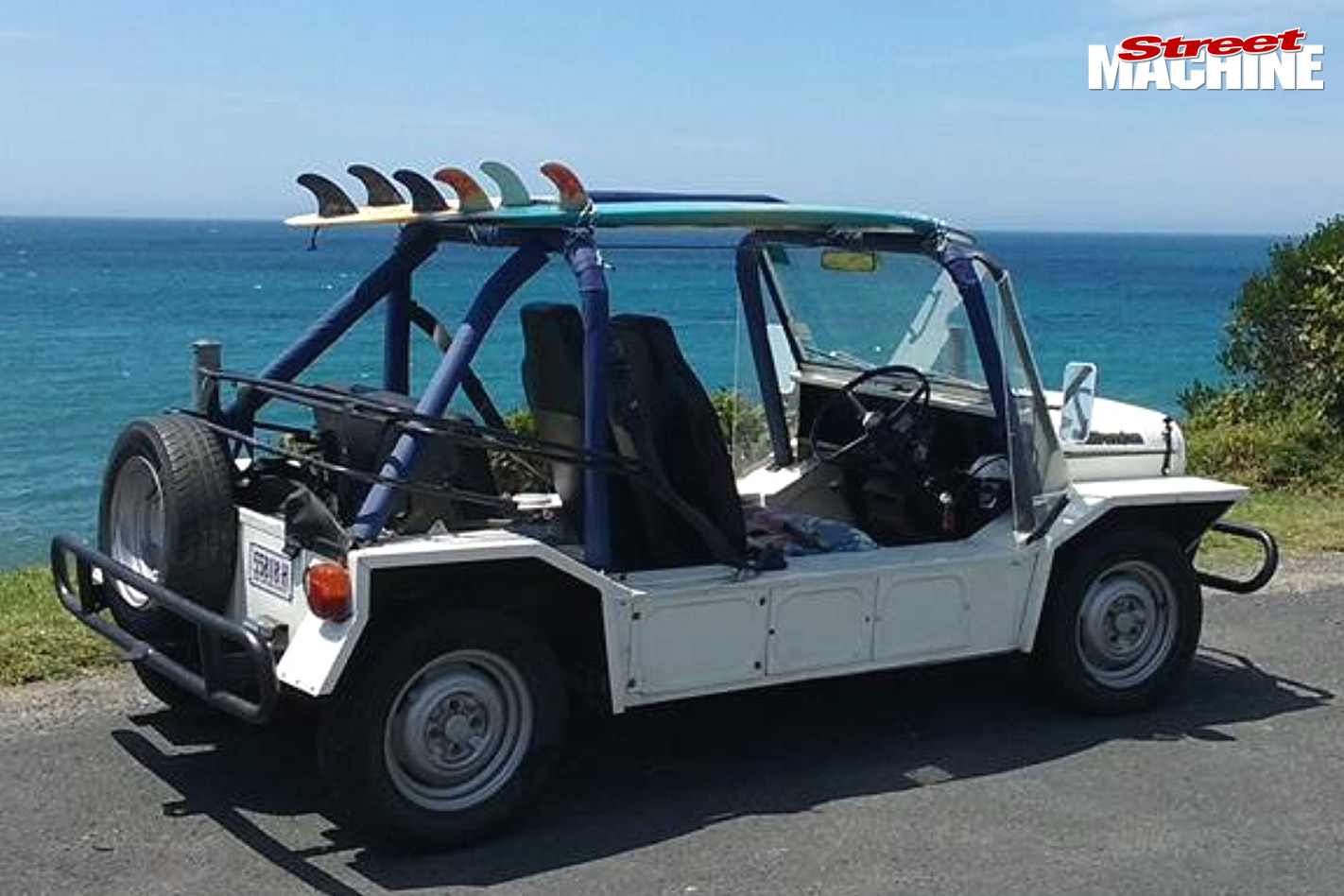 6. Rob was never much of a Moke bloke. “I used to hate Mini Minors and never gave Mokes the time of day. Oh how times change! We were travelling back from Sydney and I spotted this Moke on the highway. I collared the bloke at the next servo and asked if it was for sale, and, sure enough, he was happy to let it go. It’s a 1979 model with the 998cc donk and is one of the last Aussie-built Californians. It is in completely original condition with less than 10,000 kays on the clock – yes, only 8800 when I bought it – and is a great car to buzz around in. They are a total death trap but everyone loves a Moke and has a Moke story. I thought panel vans were bad, but these cars take war stories and the tales of lost virginity to the next level!” 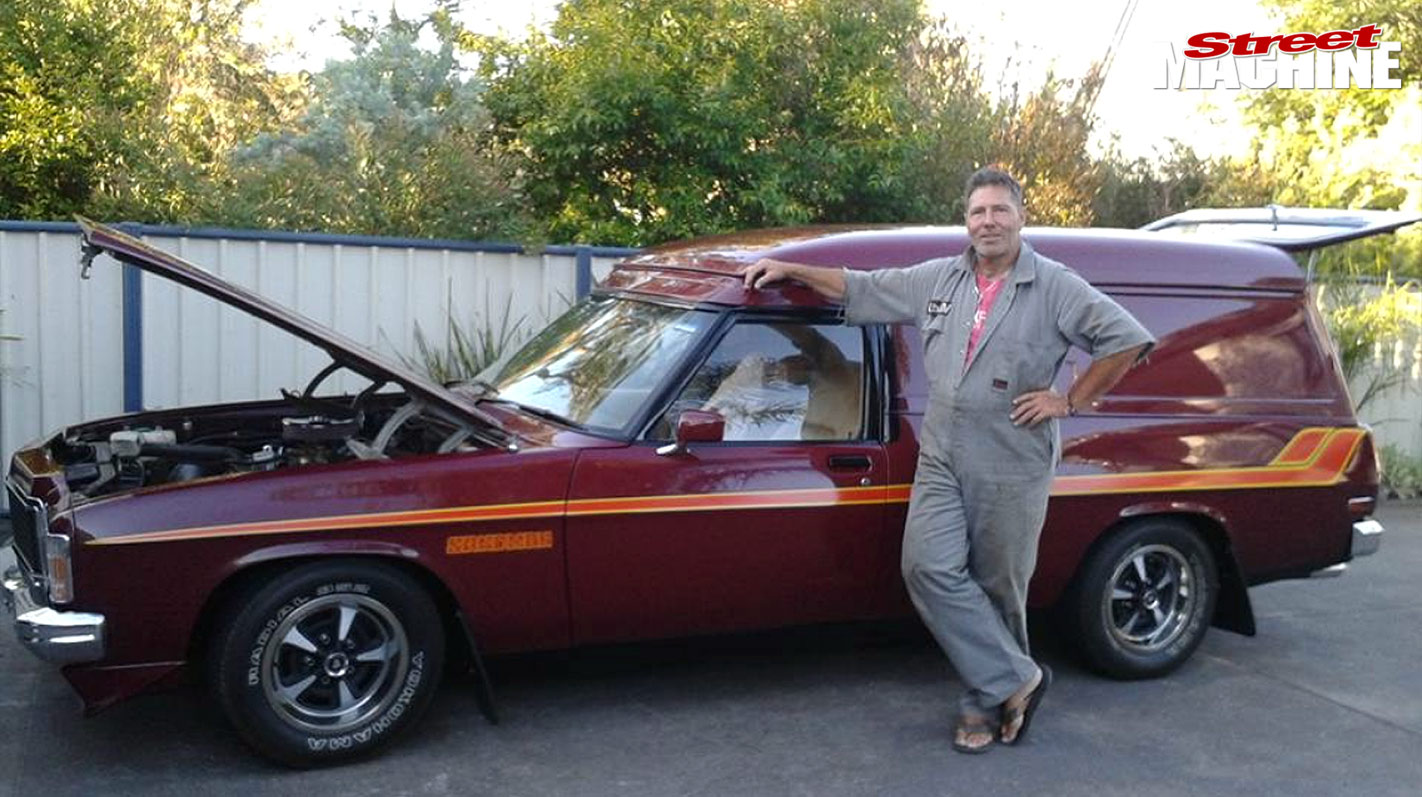 7. Rob had long desired a genuine Sandman panel van, but vowed if he was going to ever buy one it had to be a good one. “My friends Rod and Jennie Barnes were building their show van The Player and hinted they may be looking to sell their HZ Sandman to free up some garage space. I was their guy, so in 2015 I became the proud owner of this Madeira Red 253/ four-speed HZ. It was sold new in Wagga and lived both there and at Parkes before languishing in a shed for 20 years. They gave it a full bare-metal rebuild and it is an absolute credit to them. All I’ve done is lower it and drive the wheels off it.” 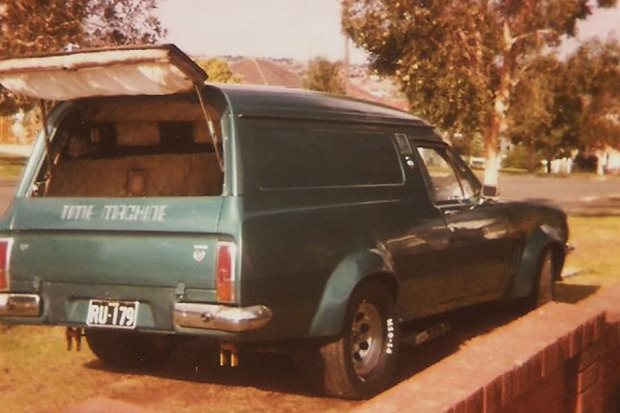 ROB UPTON - MY LIFE WITH CARS PART ONE 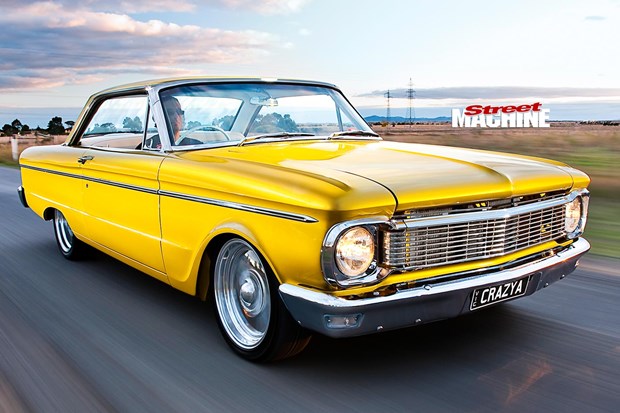 Too many cars, not enough time is why Adam Cassar says his gleaming gold Falcon XP coupe took six years to finish 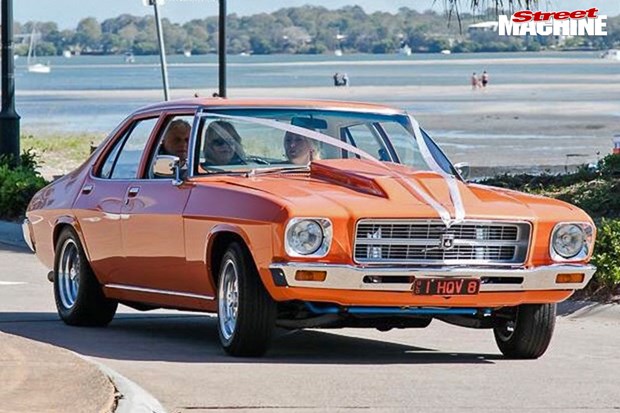 Family-owned since new, this HQ has been given a new lease on life