POLISH your chromies and grab some tallies, because if there was ever a movie that could be dubbed an ‘Australian Graffiti’, The FJ Holden is it. 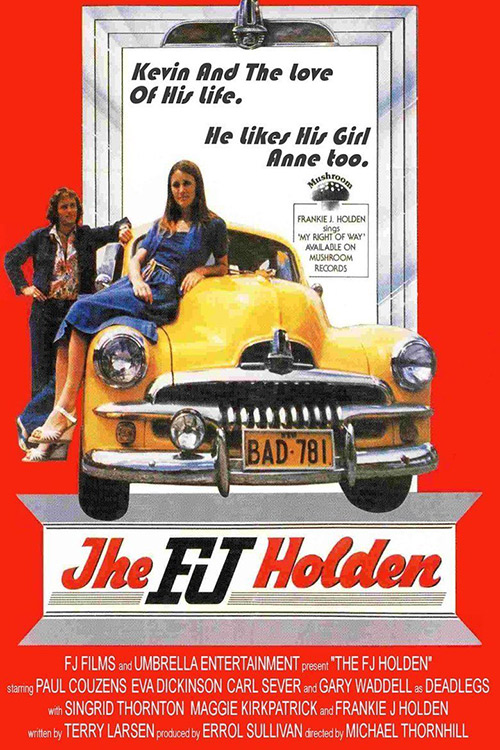 The poetically named Kevin Evans (Couzens) is a young bloke doing all the typical young-bloke things: running amok with friends, skirting foul of the law, chasing chicks and working on cars. Kevin earns a crust stripping cars at the local wreckers by day, hangs at the club in the evenings and street races at night, seemingly carefree but perplexingly carrying the weight of the world on his shoulders.

His best mate Bob (Stever) – by name and hairstyle – is Kevin’s right-hand man, and the devil on his shoulder when it comes to mischief. But when Kevin falls for local girl Anne (Dickinson), it doesn’t take long for the two most important relationships in Kevin’s life to collide.

Kevin is soon walking a very thin line and some boozy bad behaviour brings his lucky streak to a grinding halt, his seemingly simple, carefree life set for a serious reality check. 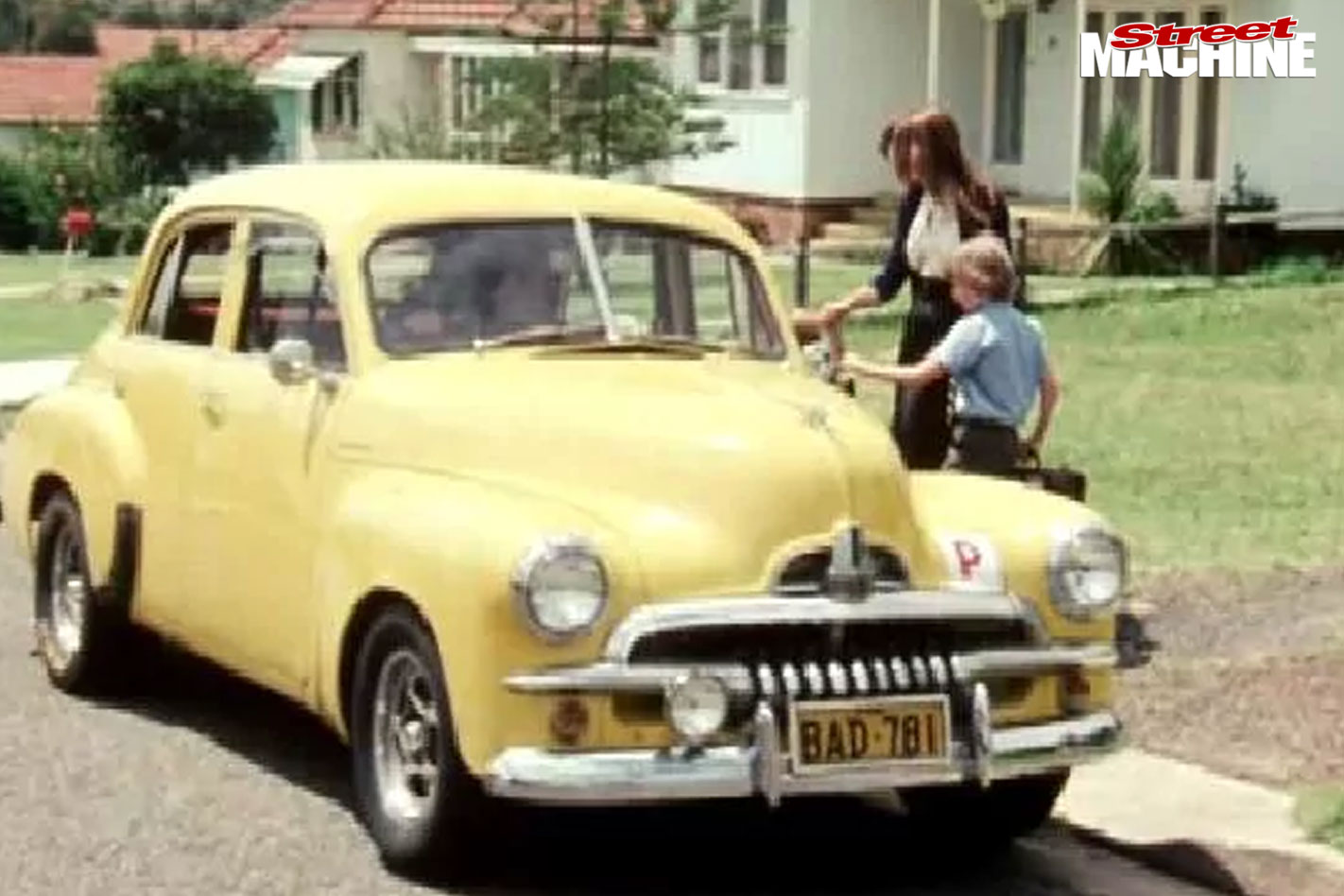 Let’s be honest: This movie is all about the cars, and the glorious sound of that grey-powered FJ Holden winding through its non-synchro gears is heaven – a once-common noise sadly all but lost from our modern-day roads.

Deadlegs’s period-perfect EH panel van, with its Can-Am Minilite wheels, dash tacho and sidepipes, is another winner, while the wayward HK Monaro and dodgy ’64 Parisienne that both take a bath will bring the purists to their knees. 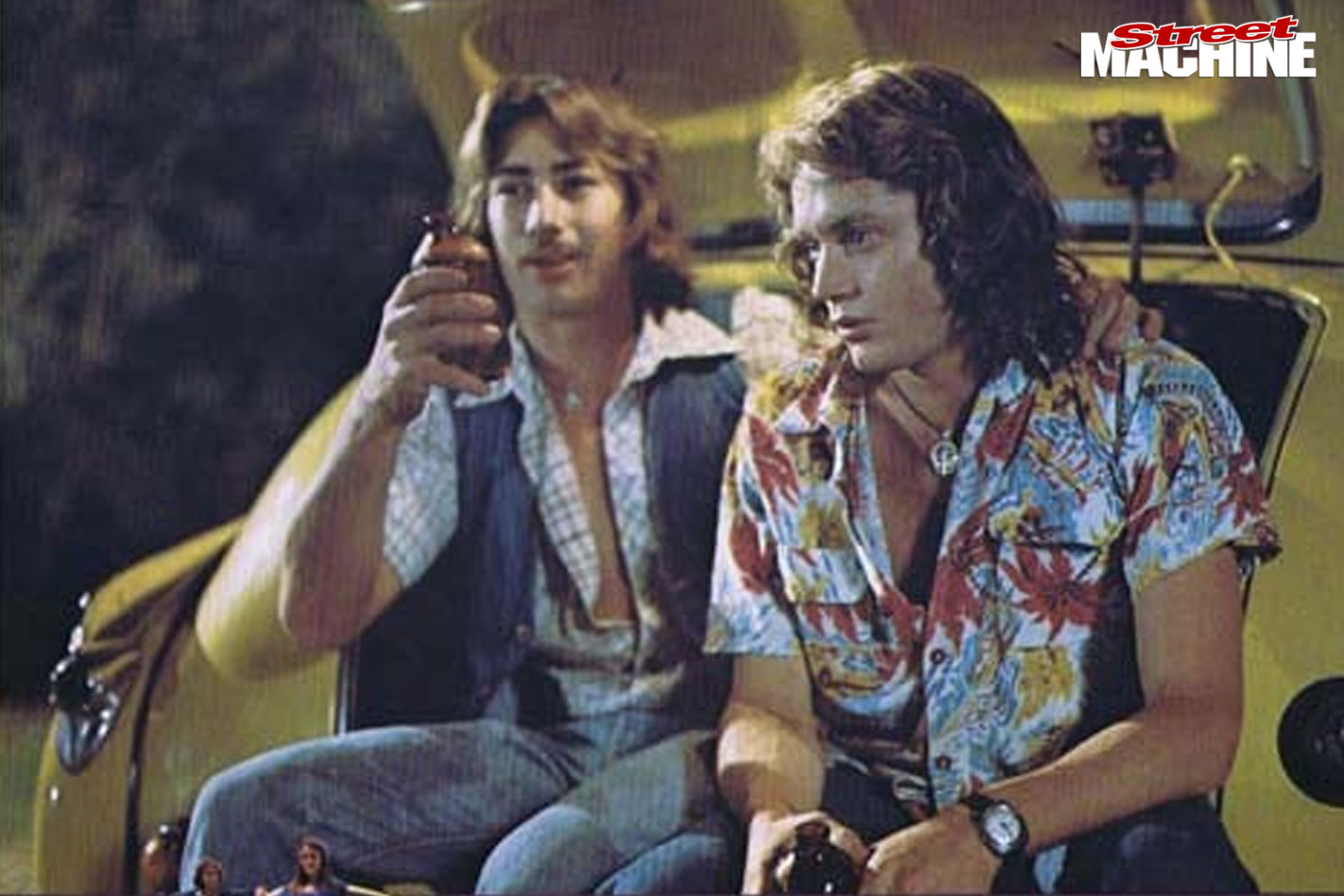 There is no doubt many of us grew up with The FJ Holden; the VHS copy from my local video shop copped a flogging when I was a young bloke, and I always watched it when it was on TV too. For me, it was a chance to daydream about local cars that I could relate to and pined to own, well before I had the means or capabilities to build one myself.

There is so much to love about The FJ Holden if you treat it as a nostalgic, sensory delight – the cars, sounds, iconic scenes and background ‘everyday’ of 1970s Aussie life. However, no amount of nostalgia will disguise that most of the acting is terrible – local mainstay Graham Rouse as the tough-but-fair police sergeant and Gary Waddell as Deadlegs are the only saving graces. I appreciate that a number of the actors were just regular joes whose screen careers started and finished with this film, and there are those who believe it adds more realism to the story, but imagine how much cooler this movie would have been with a more experienced cast. 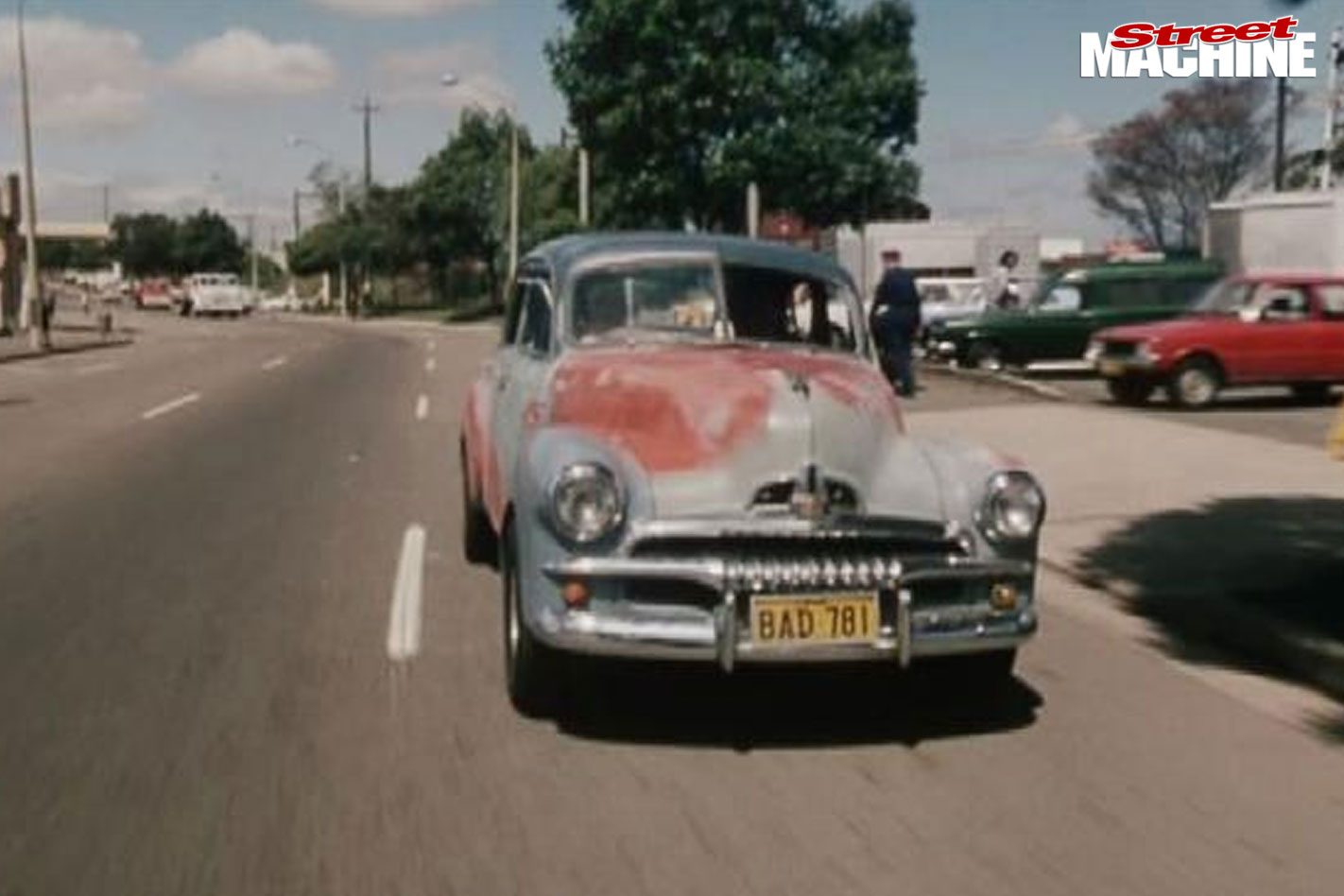 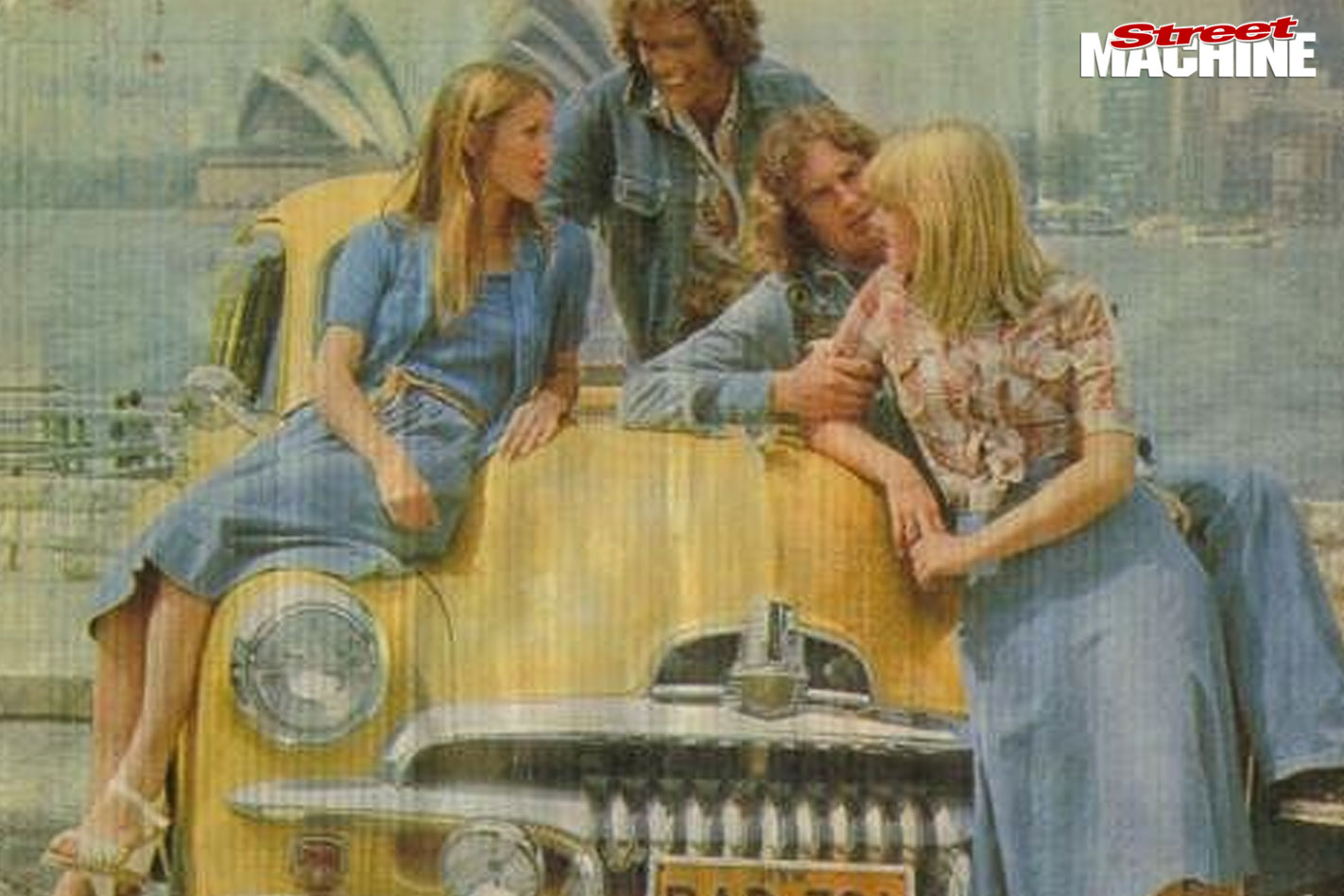 Action: There’s some great night-time street racing action at the infamous ‘Brickies’, as well as plenty of hot laps, all set against the backdrop of classic Aussie suburbia 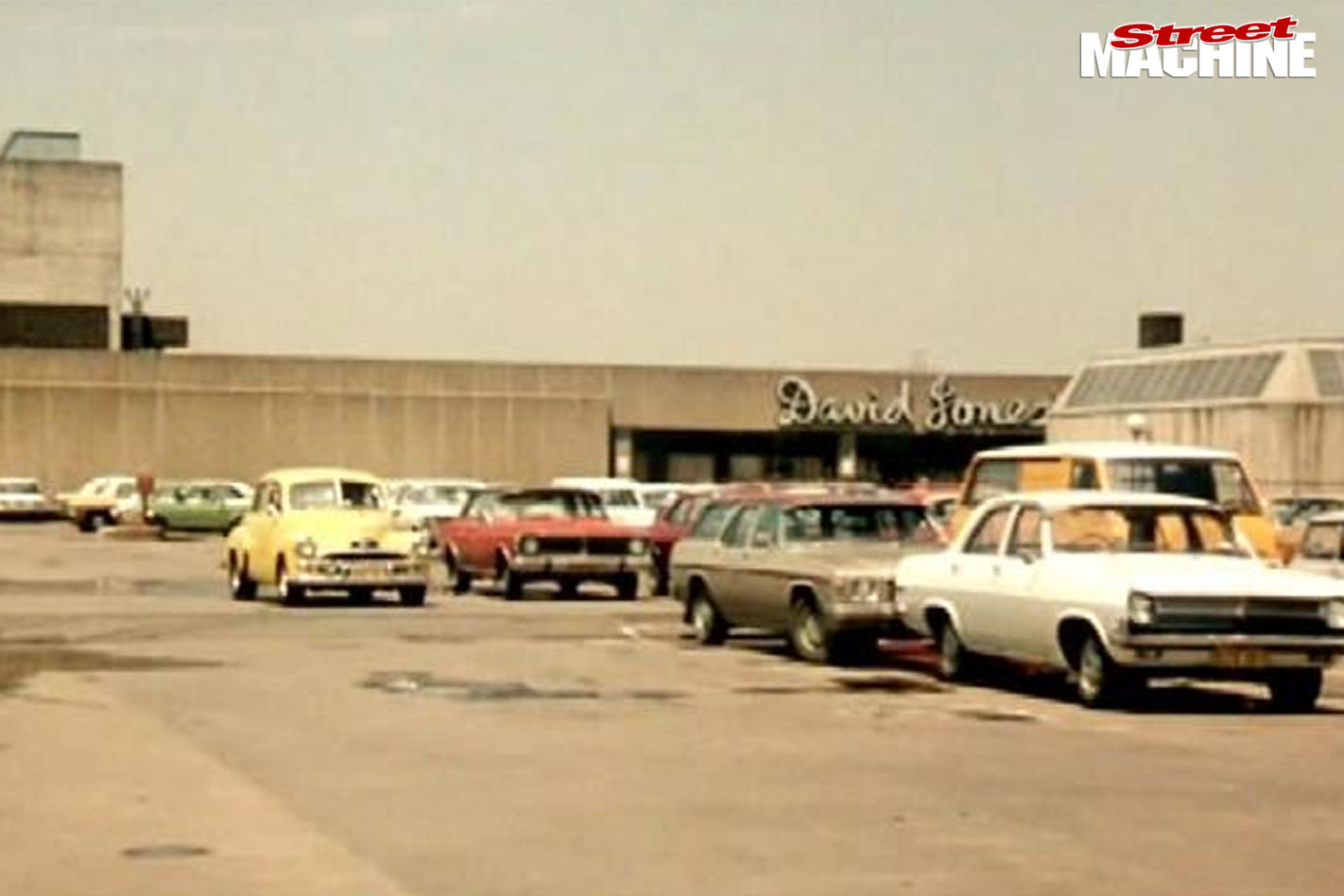 COOL FLICK FACT: Drivers of FX and FJ Holdens were admitted for free at the opening night of this flick at the drive-ins