JASON Waye from Tuff Mounts is no stranger to engine swaps that walk on the wild side. For Street Machine Drag Challenge 2017, Jason built a VS Commodore ute powered by a Ford Barra turbo motor that has run deep into the 10s. His Tuff Mounts business sells engine mounts for just about any mainstream car and engine combo, too. Jason’s latest project could be his most exciting yet: a Ford Barra motor into a Fox-body Mustang 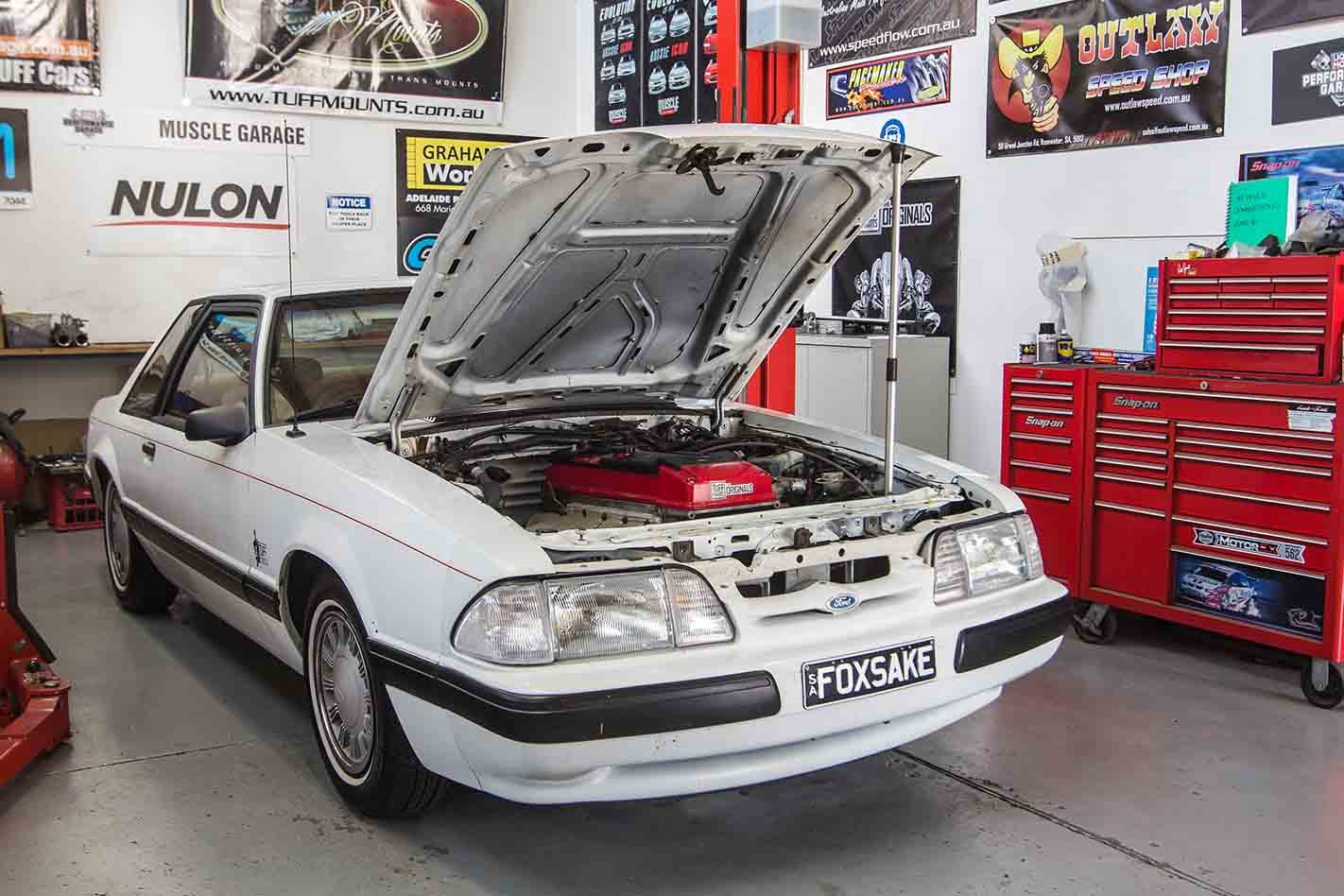 “I was talking to Richard from Haltech at Summernats 31, and we had the idea to put the Ford six into the Fox-body,” Jason says. “We know interest in the Barra is growing overseas, and the Fox-body is a hugely popular race car, so we want to keep it Ford and offer a different avenue to an LS. “When we’re finished we’ll have a complete kit to sell to customers, including engine mounts, gearbox crossmember and mount to suit a couple of different ’boxes, and a modified sump. We’re excited to offer something different and open up to a worldwide audience – I already have 10 orders from the USA!” 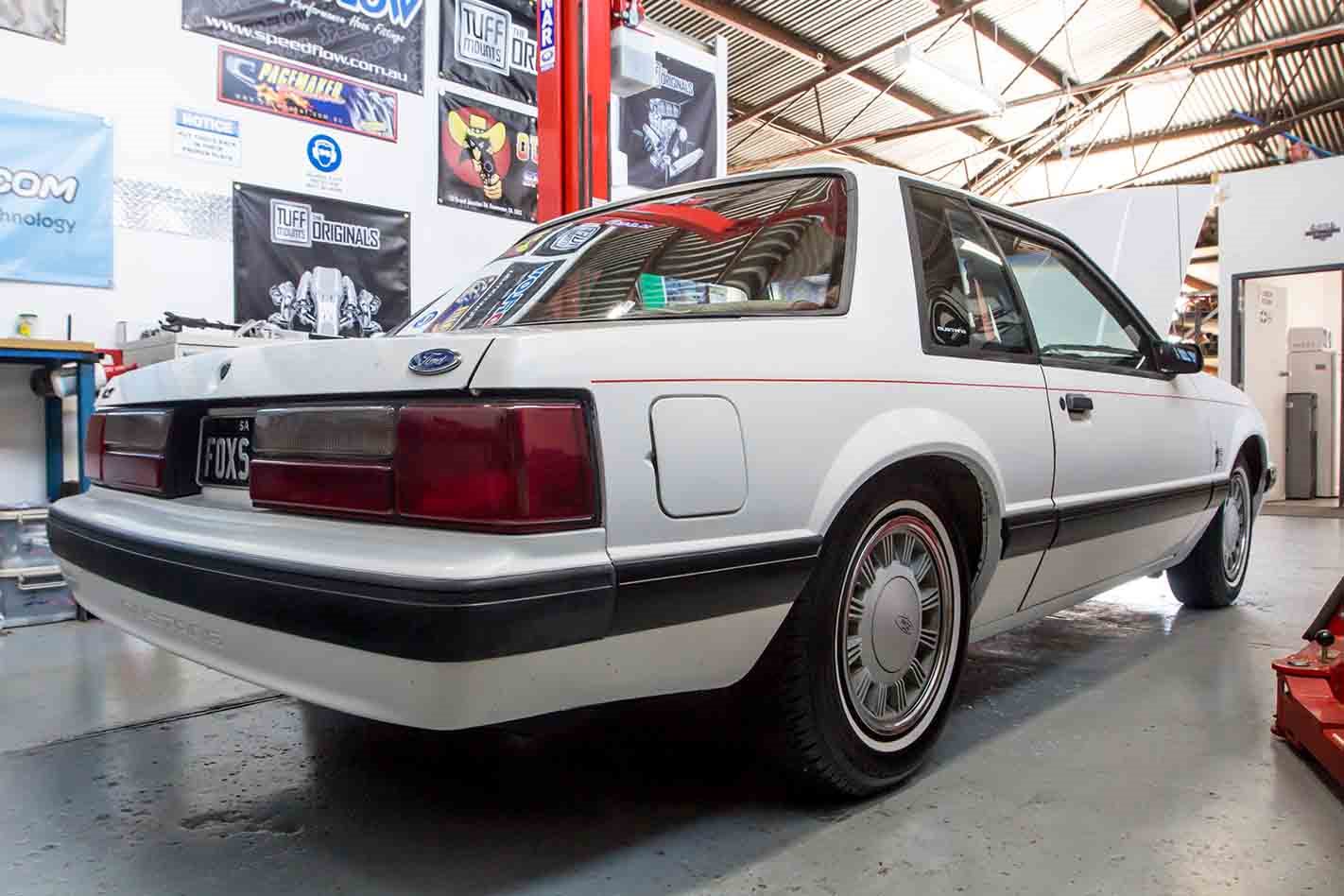 Jason’s research-and-development car is an ’89 LX Mustang notch back that originally had the 2.3-litre four-cylinder motor, making it arguably Ford’s most pathetic pony car. It is however, a cracker of an example and features a killer velour interior. 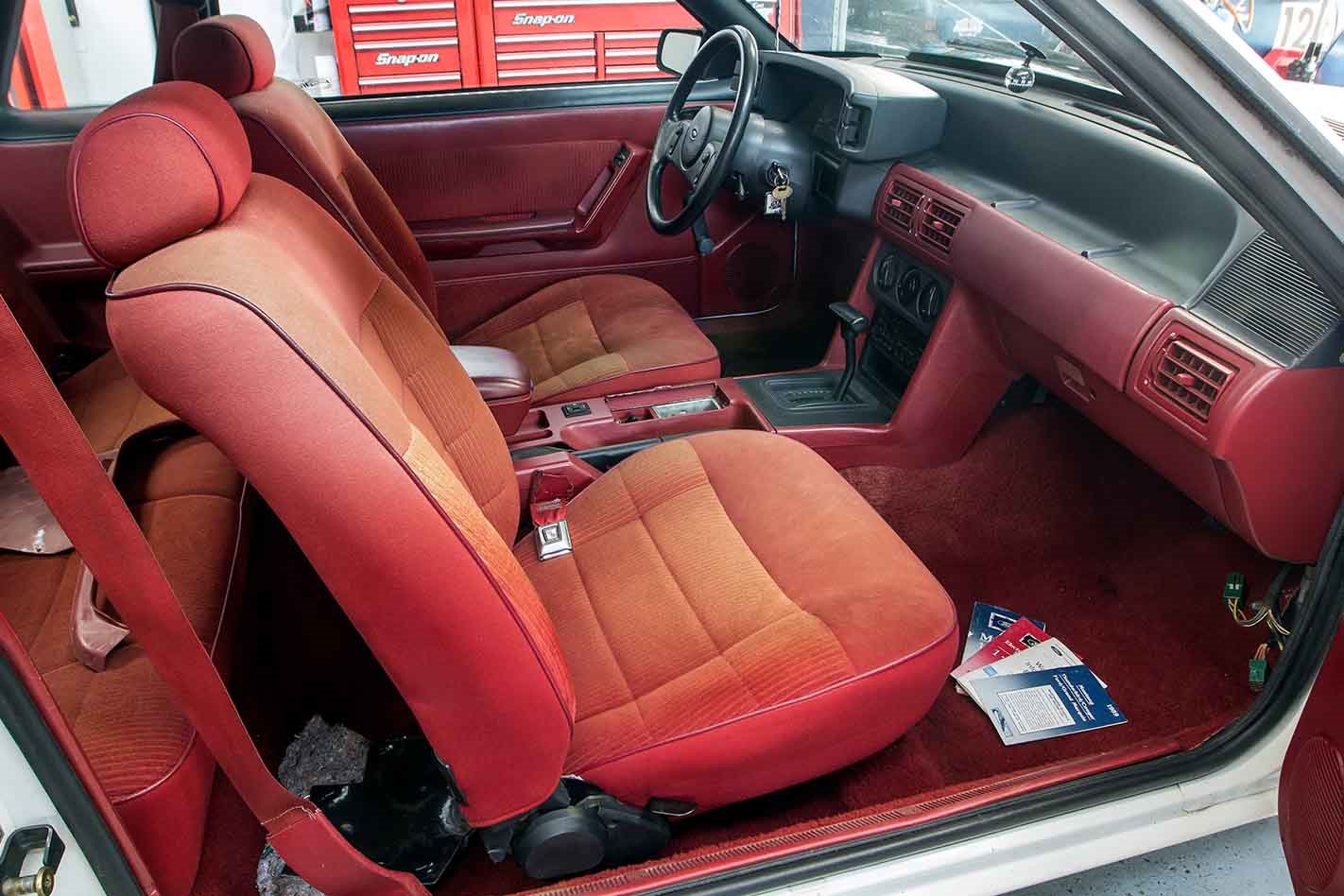 Before Jason pulled it apart to make way for the Barra he threw it on the dyno at MPW Performance, where it made a measly 42rwkW, despite having just 12,000 genuine miles on the clock. 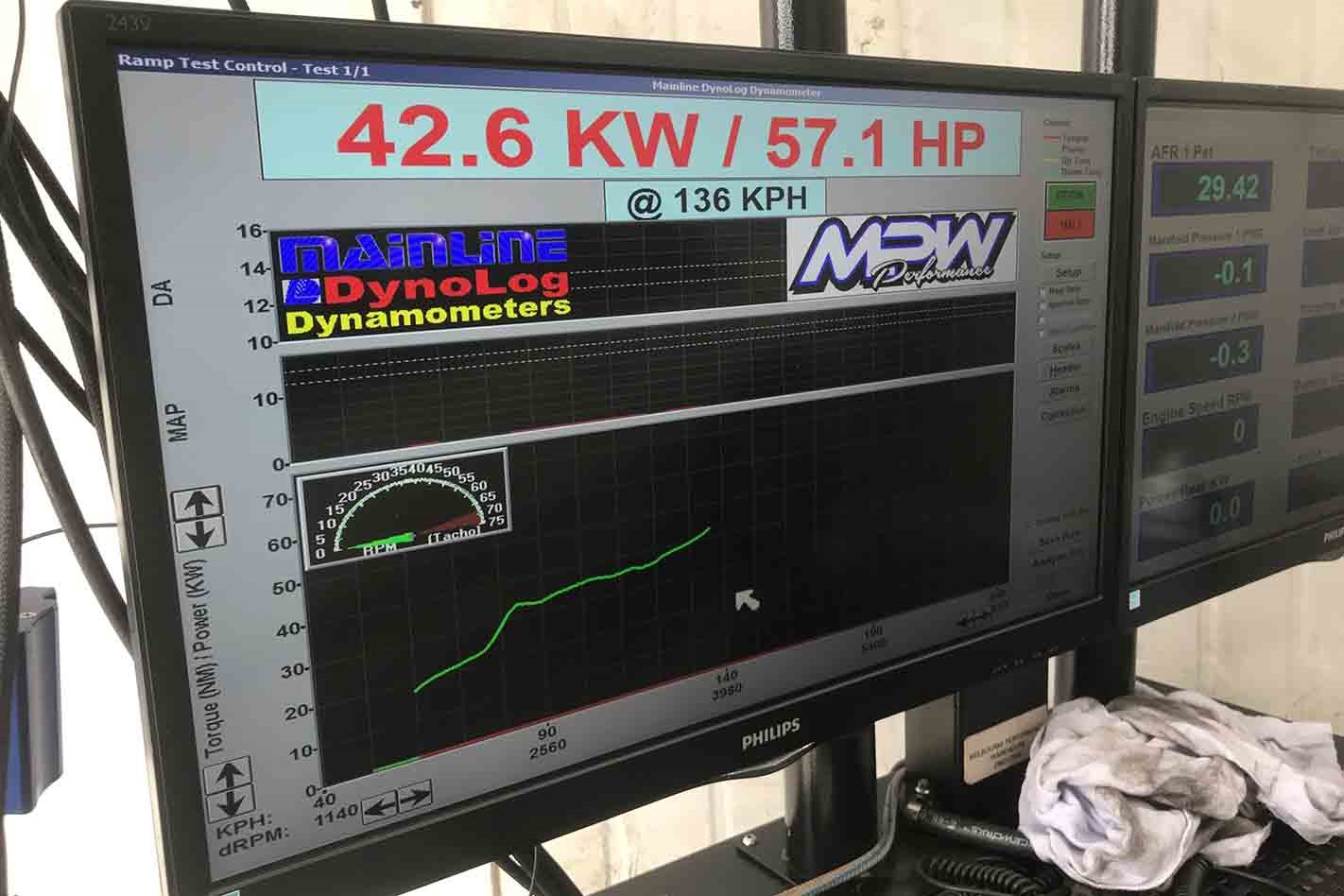 Once the four-pot was flung, Jason and his crew wasted no time making some prototype engine mounts and slotting in an FG-era Barra, backed by a BTR four-speed auto. The big six fits like a glove, without any need for cutting and lots of room for aftermarket turbos and big dump pipes. 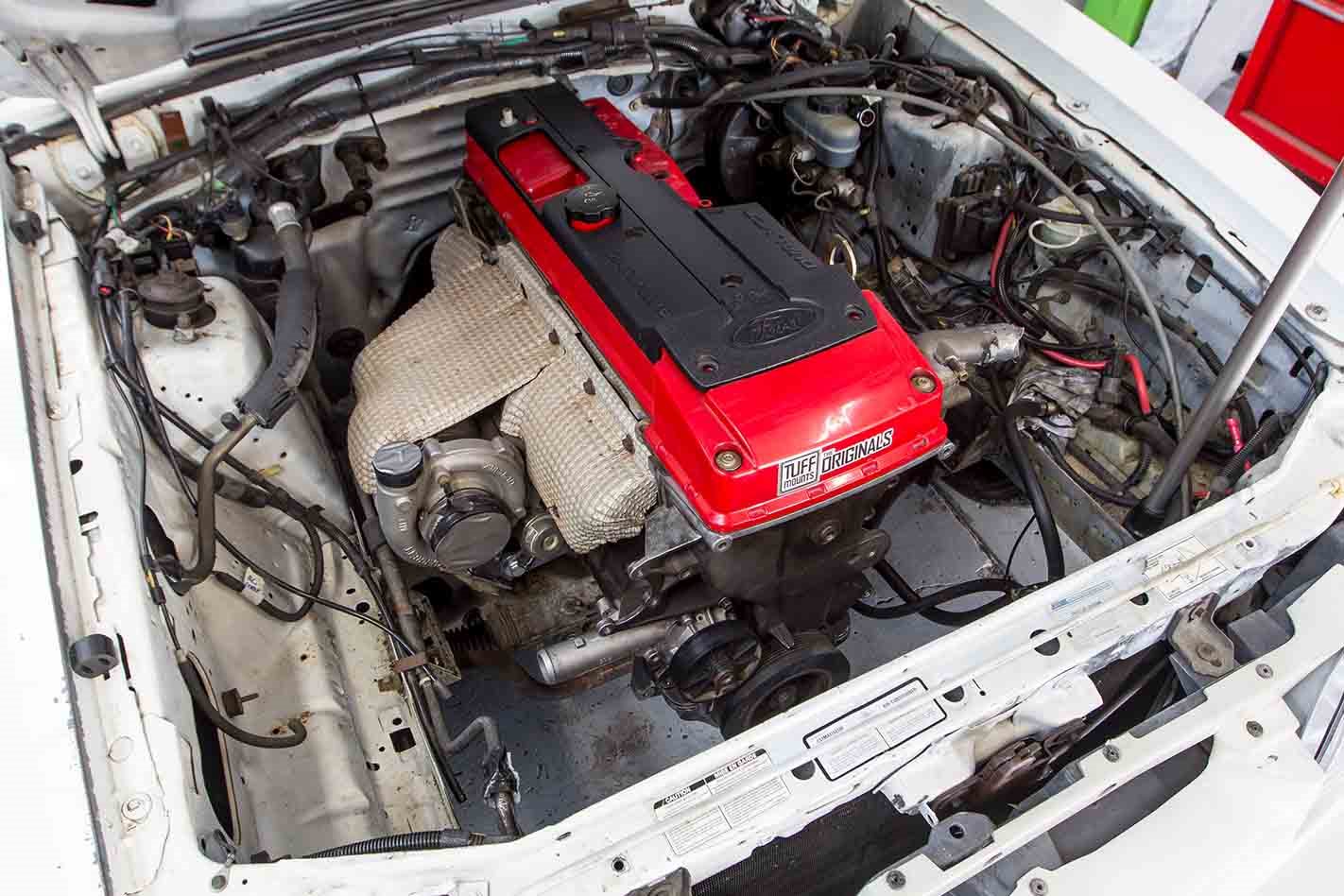 The crew then fitted a Plazmaman retro intake - designed to work in early Falcon engine bays, Plazmaman throttle body and Haltech Elite 2500 ECU. They've also fitted an LMR tubular K-member up front, 9-inch diff out the back, Aerospace Components stoppers and Weld rims all 'round. 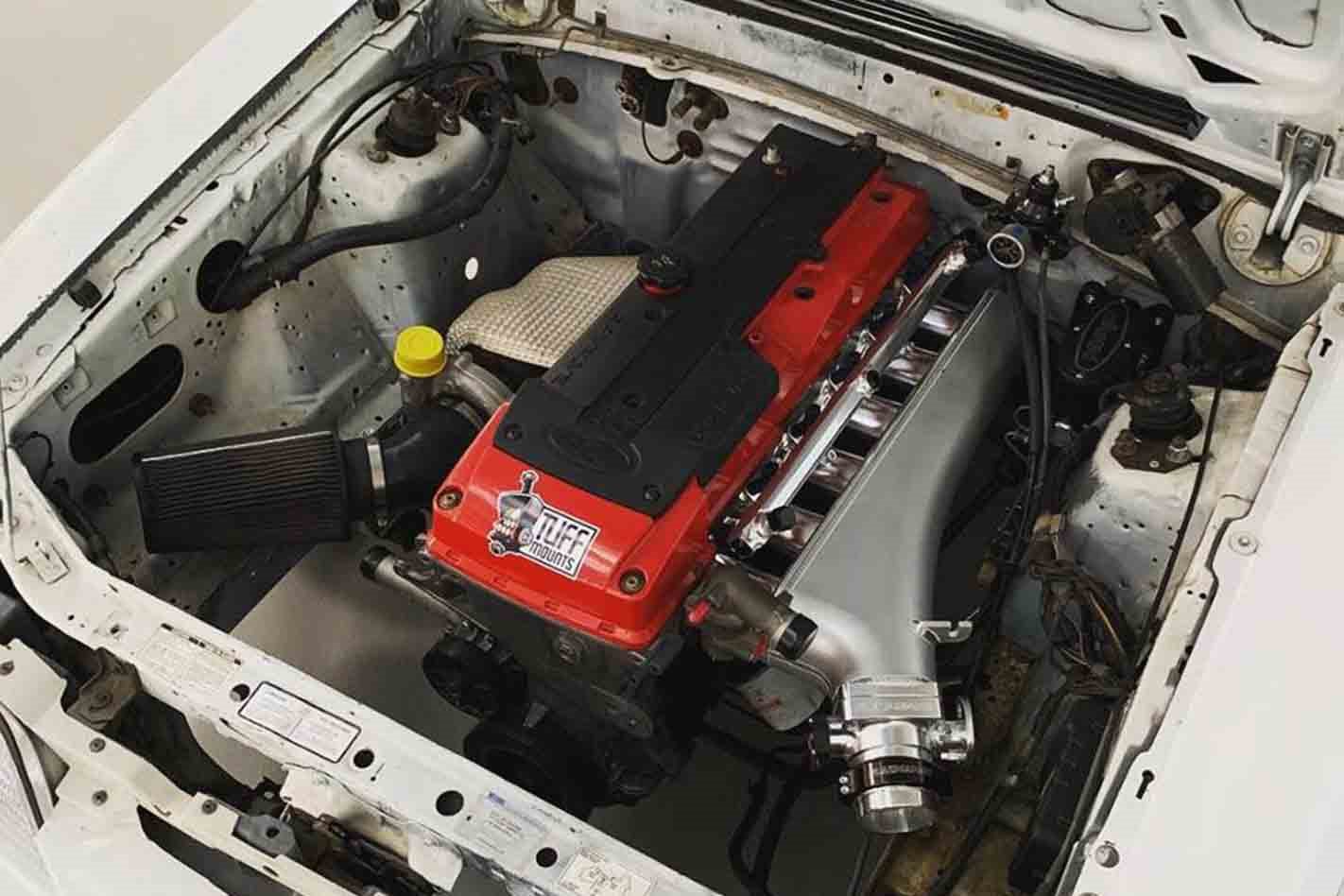 The tubular front end is a common Fox-body mod and should free up some real estate for turbocharger and dump pipe upgrades, but the Tuff Mounts kit will work with both factory and aftermarket front ends. Jason hopes to run into the nine-second range down the quarter-mile at Street Machine Drag Challenge 2019, and possibly Hot Rod Drag Week in America after that. Now that will give the Yanks something to talk about! Stop press! Update here. 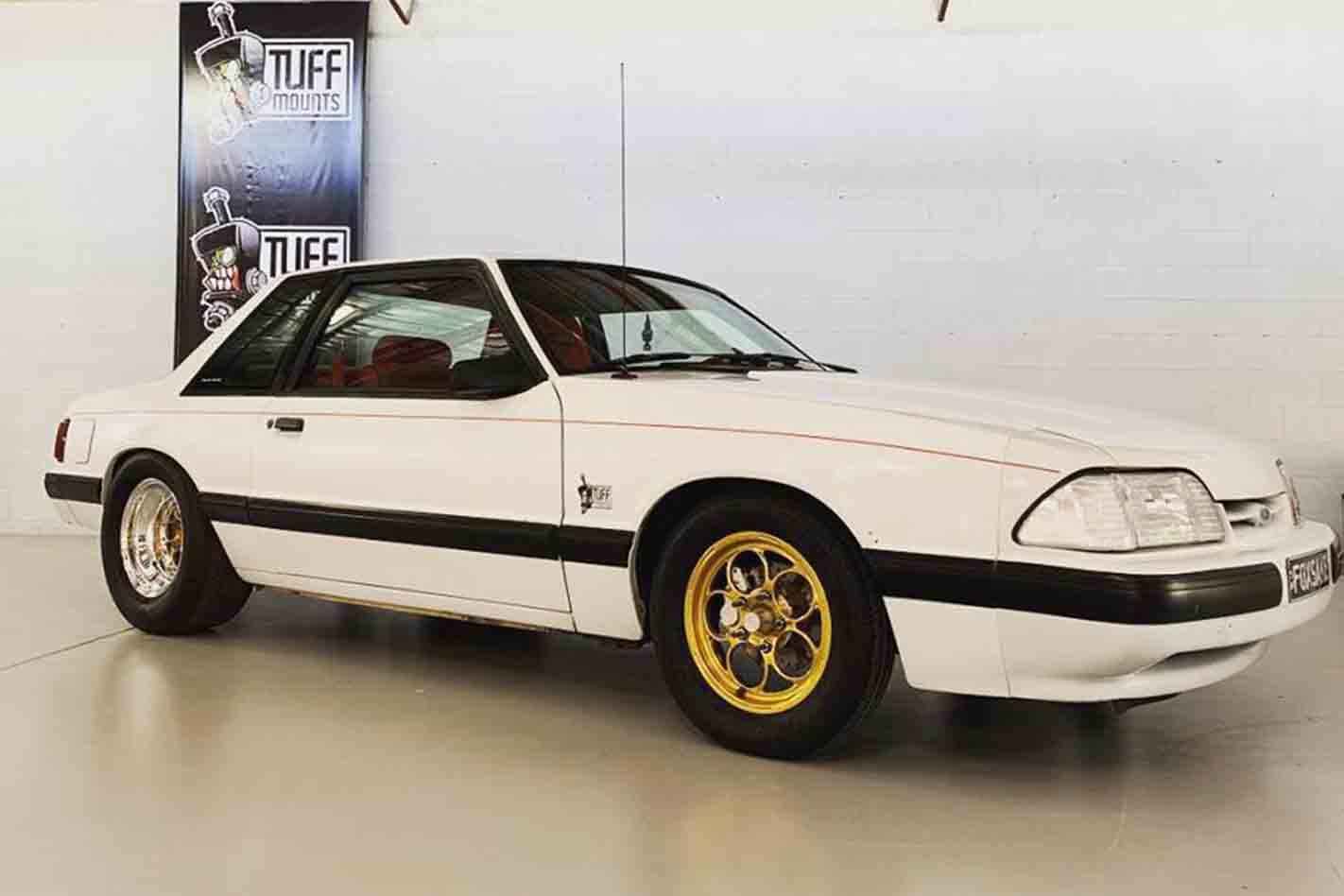