AFTER considering a turbo build for his Valiant Regal’s original 265 Hemi-six, Alex Atkinson realised he could drop in a small-block 360ci V8 and turbo for about the same money. So of course he went the V8 route, and turned his grandpa-spec Regal into a boosted street-cruising sleeper. 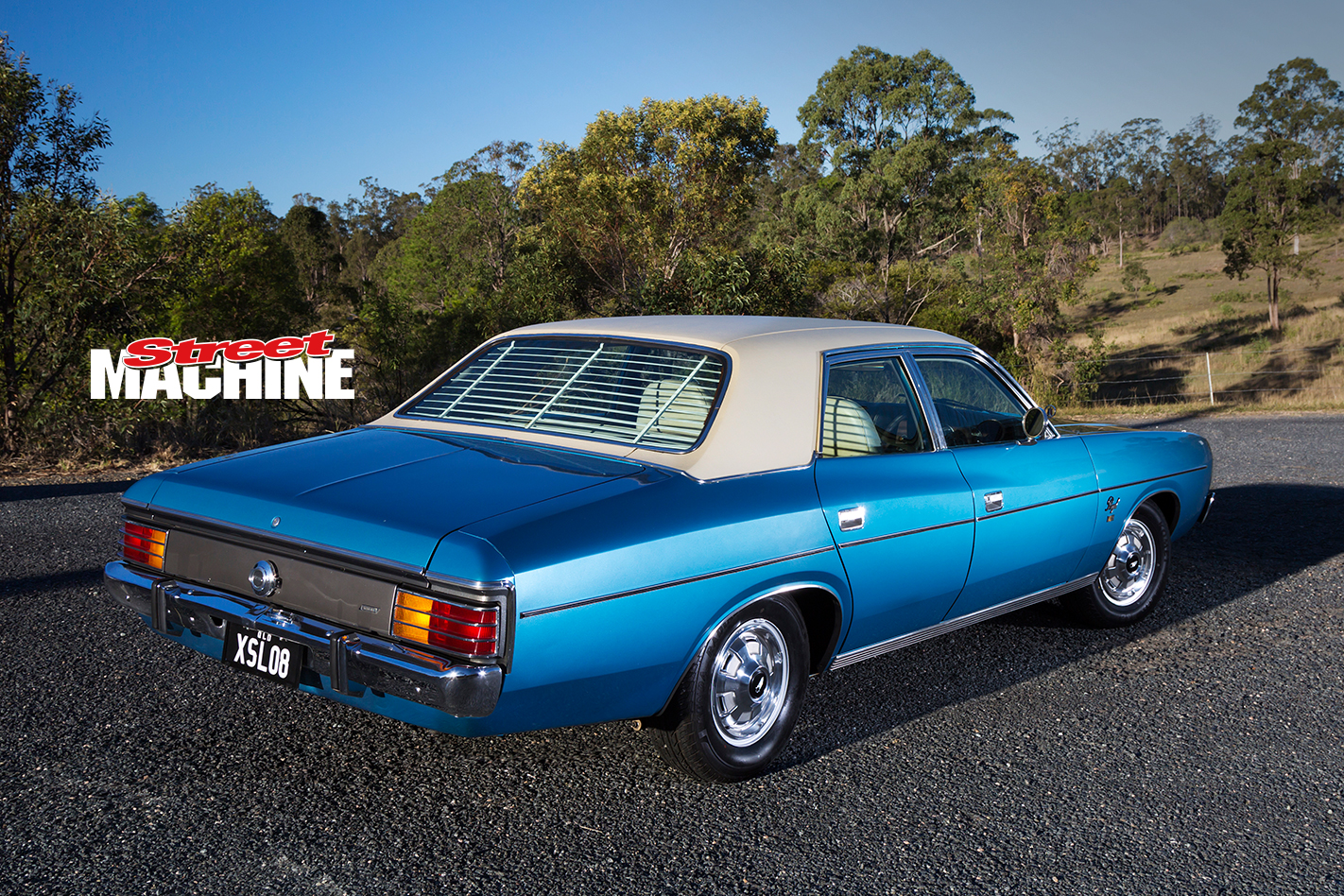 I don’t recall Valiant Regals coming from the factory with a snail hanging off the motor – what’s the combo?

It’s a 360-cube small-block with cast-iron EQ Magnum heads, aftermarket rods and pistons to drop the compression to 8.0:1. It has a Garrett GT42R turbo with a blow-through 750cfm CSU carby. I got the motor built in America; they sent me the assembled motor with the new internals, heads, pistons and rods, and I did the turbo set-up with the help of my old man. 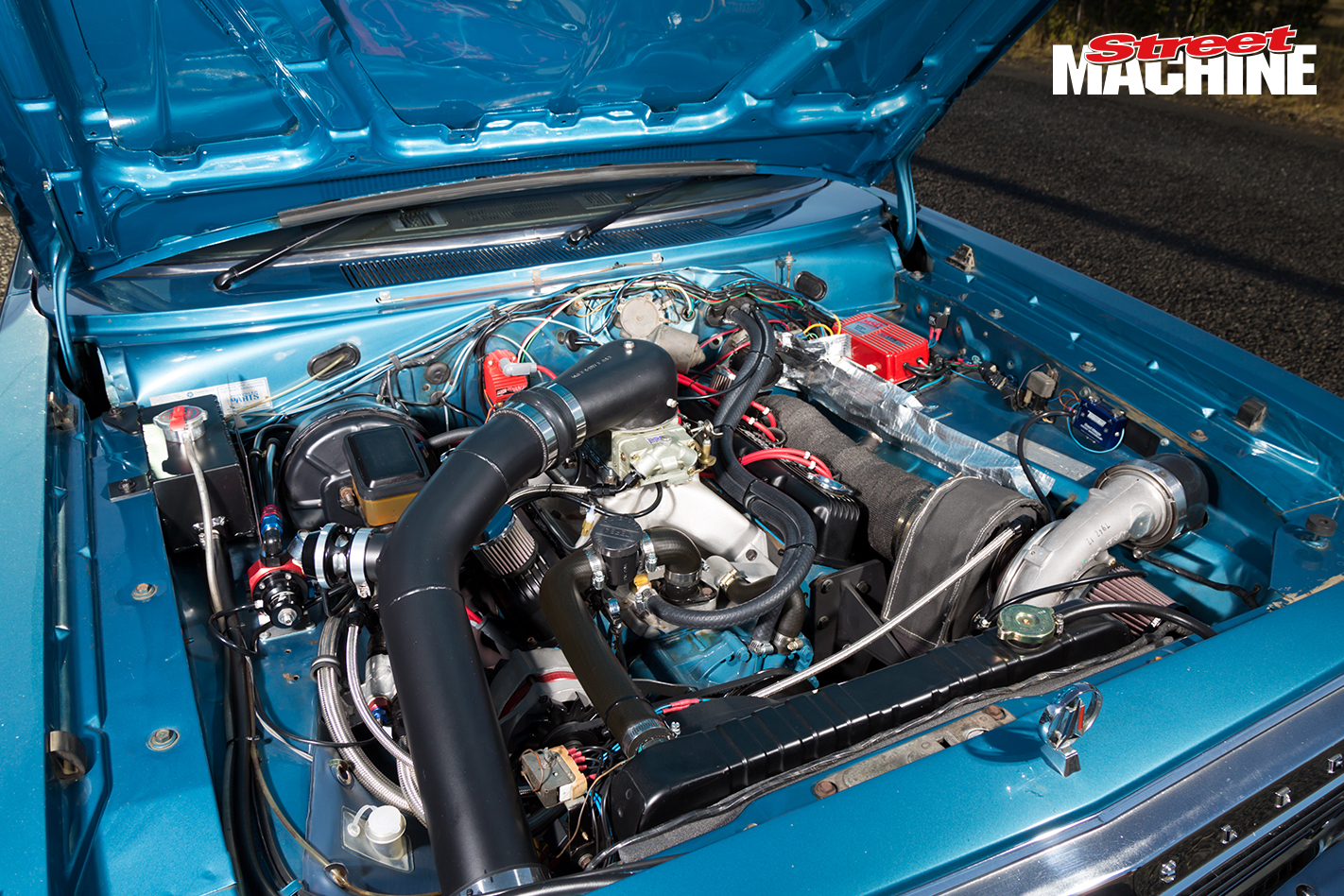 What sort of power does she make?

It made 500rwhp on 9.5psi, and it’s got a bit more in it. It has the MSD ignition system with a boost-retard device, so when it’s on boost it pulls timing. It’s really cool because it makes it easy to drive. The fuel system uses a Carter lift pump to a surge tank and then twin Bosch 044 pumps to feed the Aeromotive return-line regulator; it just runs on 98-octane. I’m probably going to pump the boost up to 12psi and see what it does. 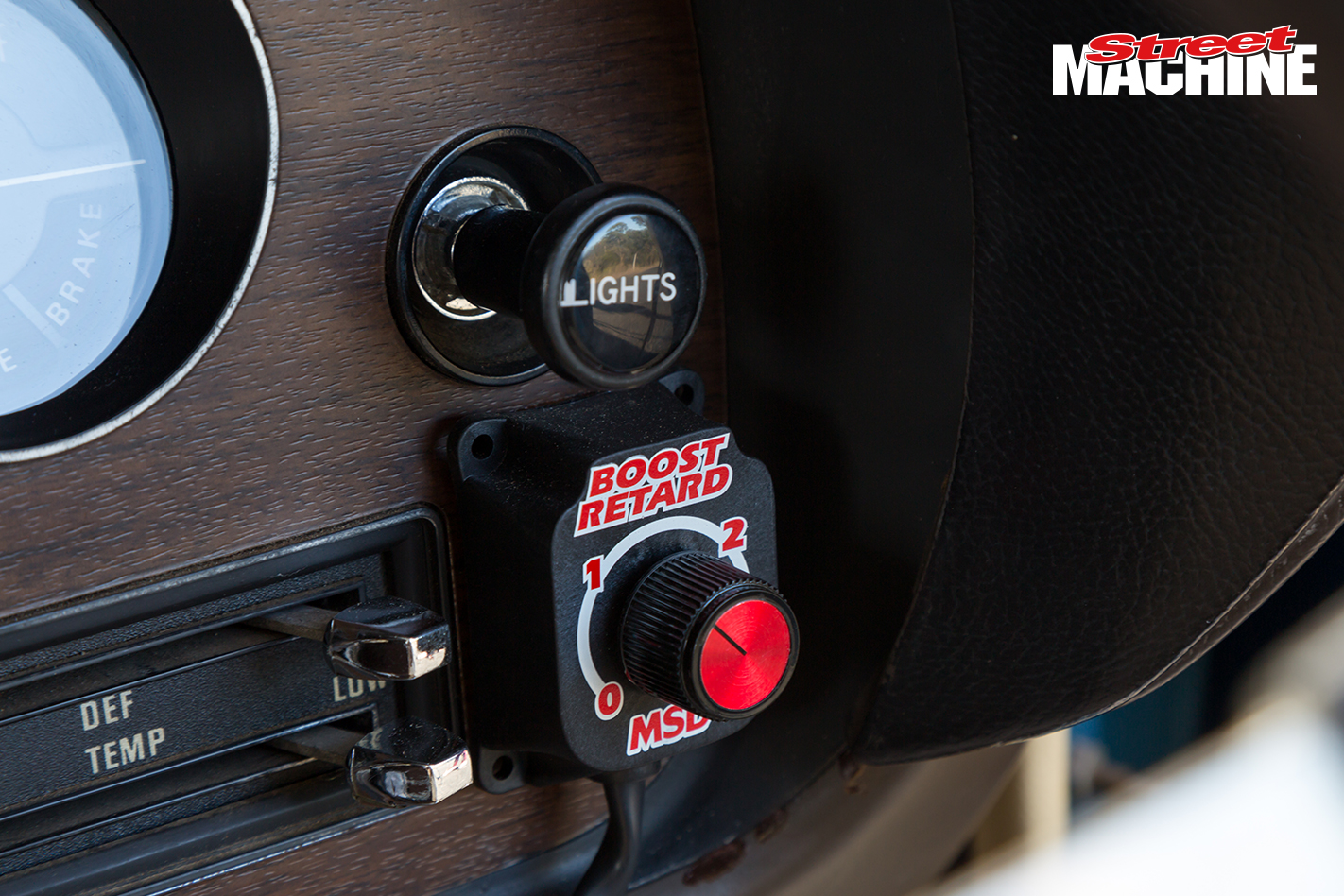 The transmission is a 904 Torqueflite with a 3300rpm stall converter, with a race band and heavy-duty clutch-pack. It has a manual ‘standard-pattern’ valvebody, so anyone can get in and drive the car. The diff is a BorgWarner with standard 2.92 diff gears, 28-spline axles and a locker. Eventually I’ll get it out on the track and see what it can do, but for now it’s just a fast street cruiser. 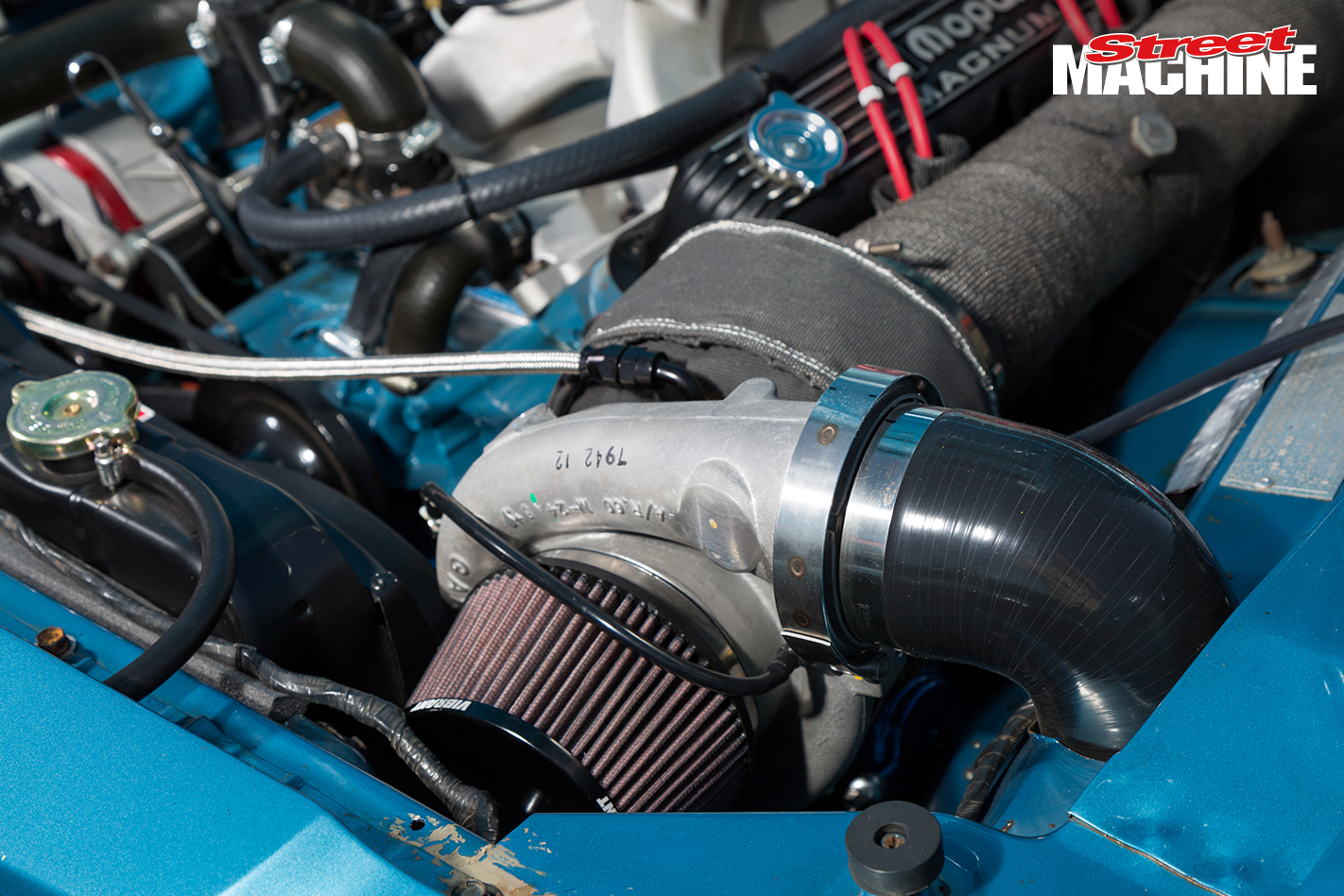 Yeah, it stays under the radar pretty well. When I decided to do the turbo set-up I worked out that I wanted to keep it looking as original as I could from the outside. It’s not that hard to build something that’s all go, but to do that without having a visible intercooler or fuel system or anything that looks out of place takes a lot of thought. Just figuring out how to hide everything was quite challenging. 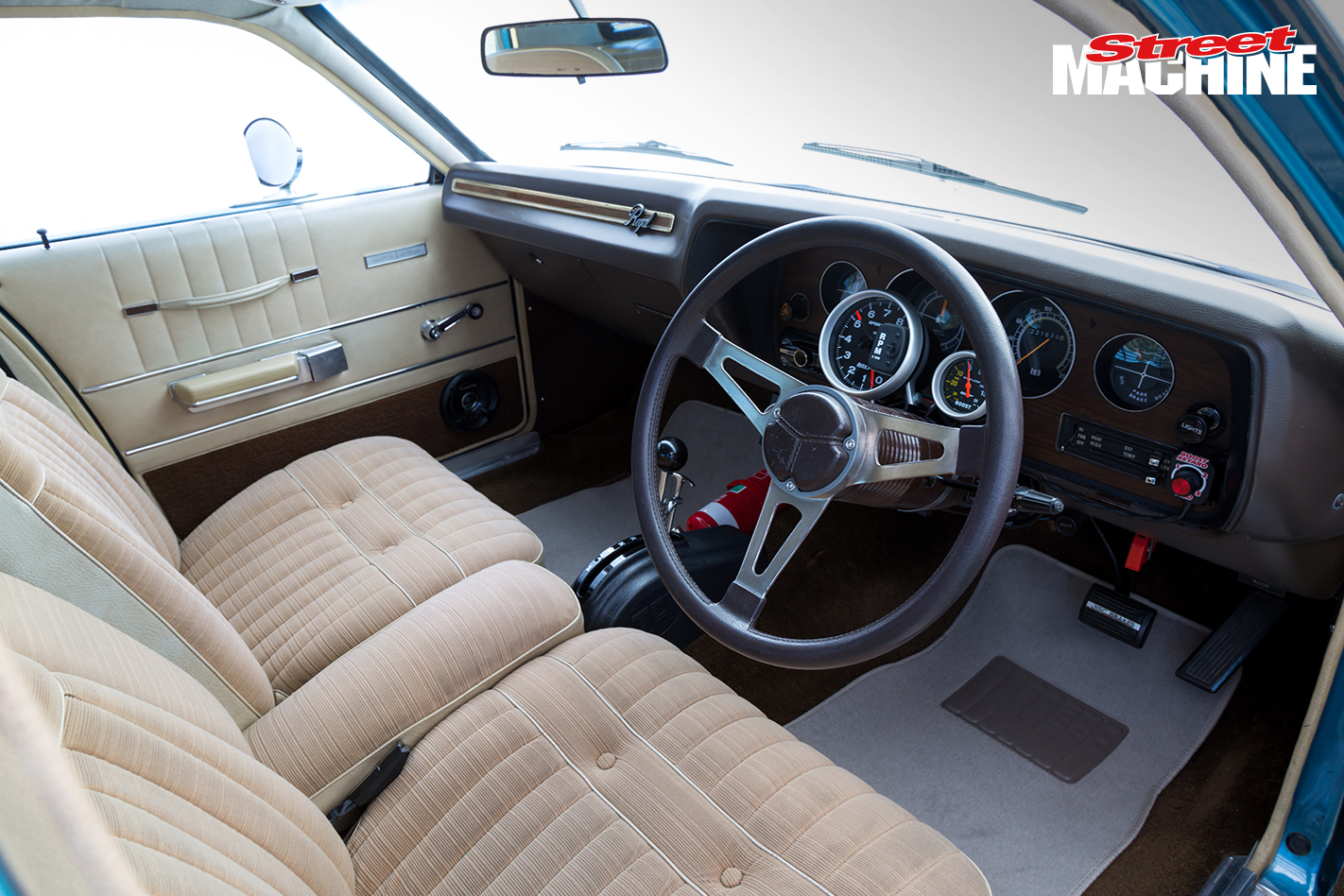 It was very tidy. There were a few small spots of rust that I got repaired, but someone had already had a crack at doing it up. It was a 265 Hemi-six with a Supra five-speed. It just needed a decent clean inside and out. I haven’t really touched the paint; it’s got a few scratches here and there, but overall it’s in pretty good nick. I only painted the bonnet because I had a small bulge put in it so I wouldn’t need a reverse cowl or scoop to fit the turbo set-up. 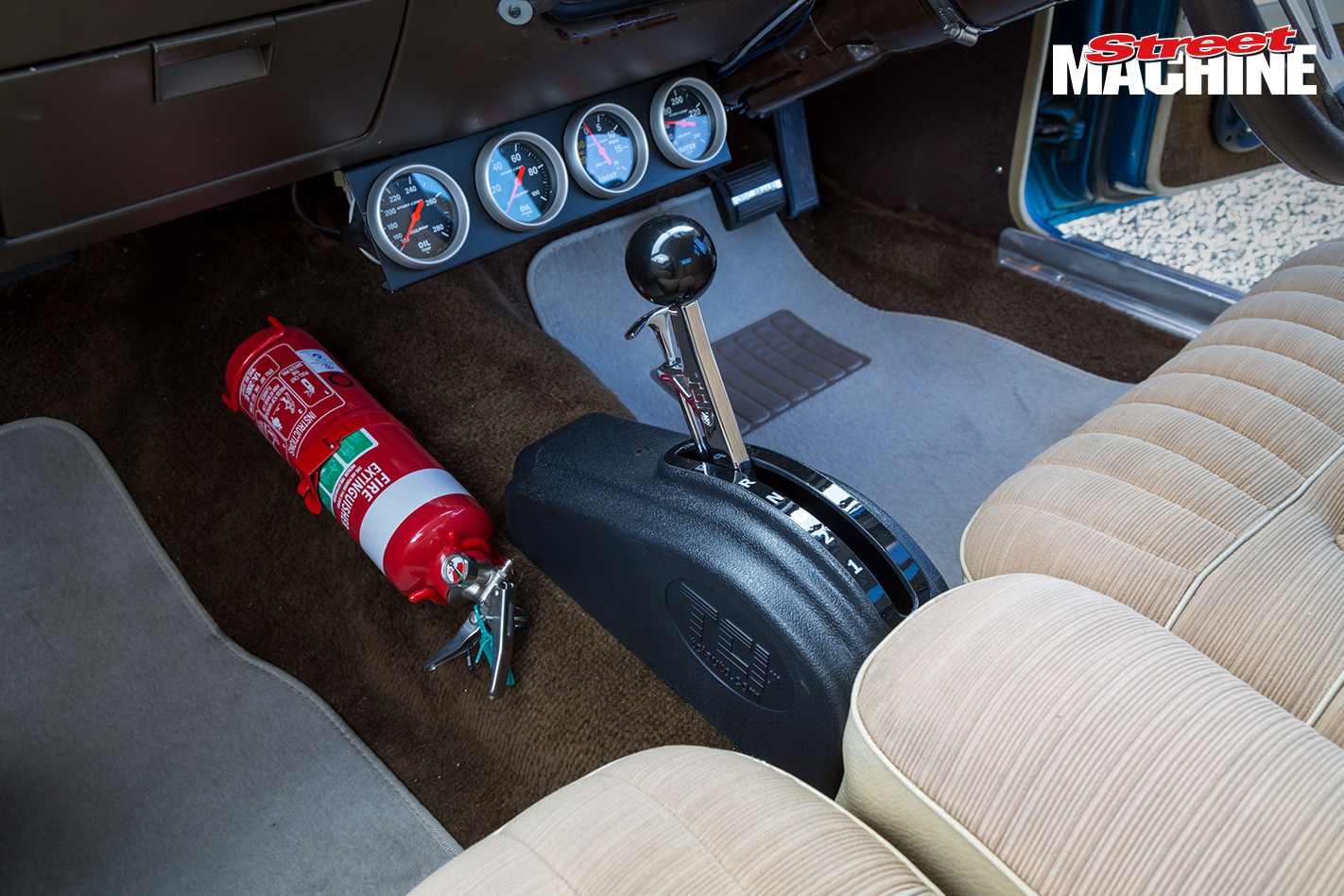 Did you have much help along the way?

Basically my dad Michael and I did everything on the car. We specced the engine, had it built in America and from there we did all the turbo set-up, fuel system, electrical, transmission and diff. I’m a fabricator and the old man is an engineer so I did all the welding and he did the assembly. Honestly, big props to my dad for helping out. Without him it probably wouldn’t have happened – or it would have taken a lot longer!