WHAT’S a Volvo doing on StreetMachine.com.au? Well there’s more than meets the eye when it comes to Peter Gatward’s beige, maths teacher-spec Volvo 240 wagon. We spotted this thing putting car lengths on Lambos at Powercruise, so we just had to find out what was going on under the bonnet. 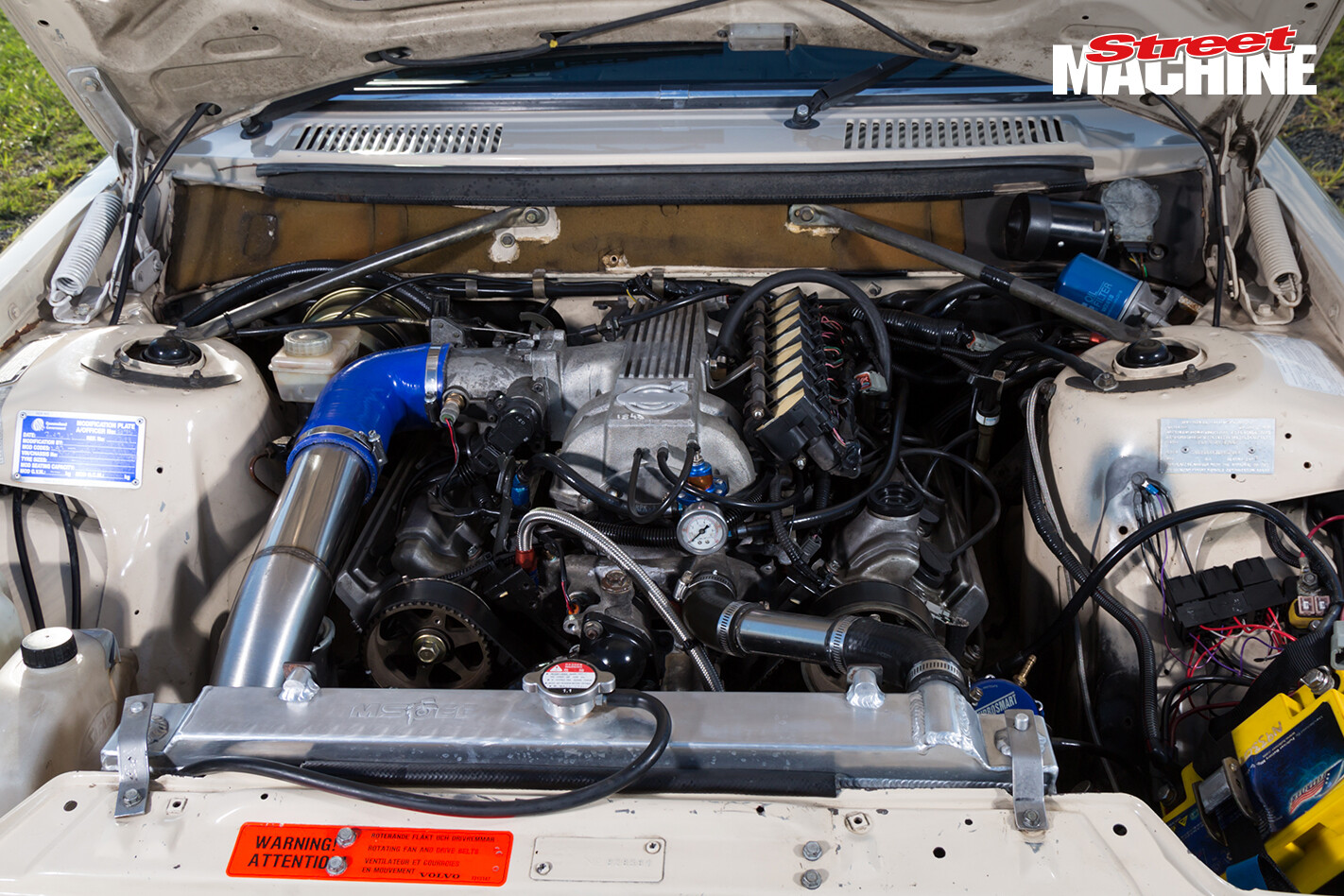 What’s in this thing?

It’s a Toyota 1UZ-FE 4.0-litre V8 out of an old Crown. It then has a custom low-mount turbo set-up with a Garrett GT4088 running around 14psi. On E85 it makes approximately 450rwhp; it has made 500rwhp on 16psi before but I think this is where it’s most reliable. It’s just a bone-stock standard engine, they’re just really robust and they seem to handle boost pretty well. How do people react when they see this engine in a Volvo?

Most people are just confused. It’s not an engine that is easily recognisable as a V8 like an LS1 or Chev, and the turbo set-up is all hidden under the car. A lot of people end up thinking it’s a factory Volvo motor – even the intercooler isn’t visible. It’s quiet too, so it doesn’t really get any attention at all. 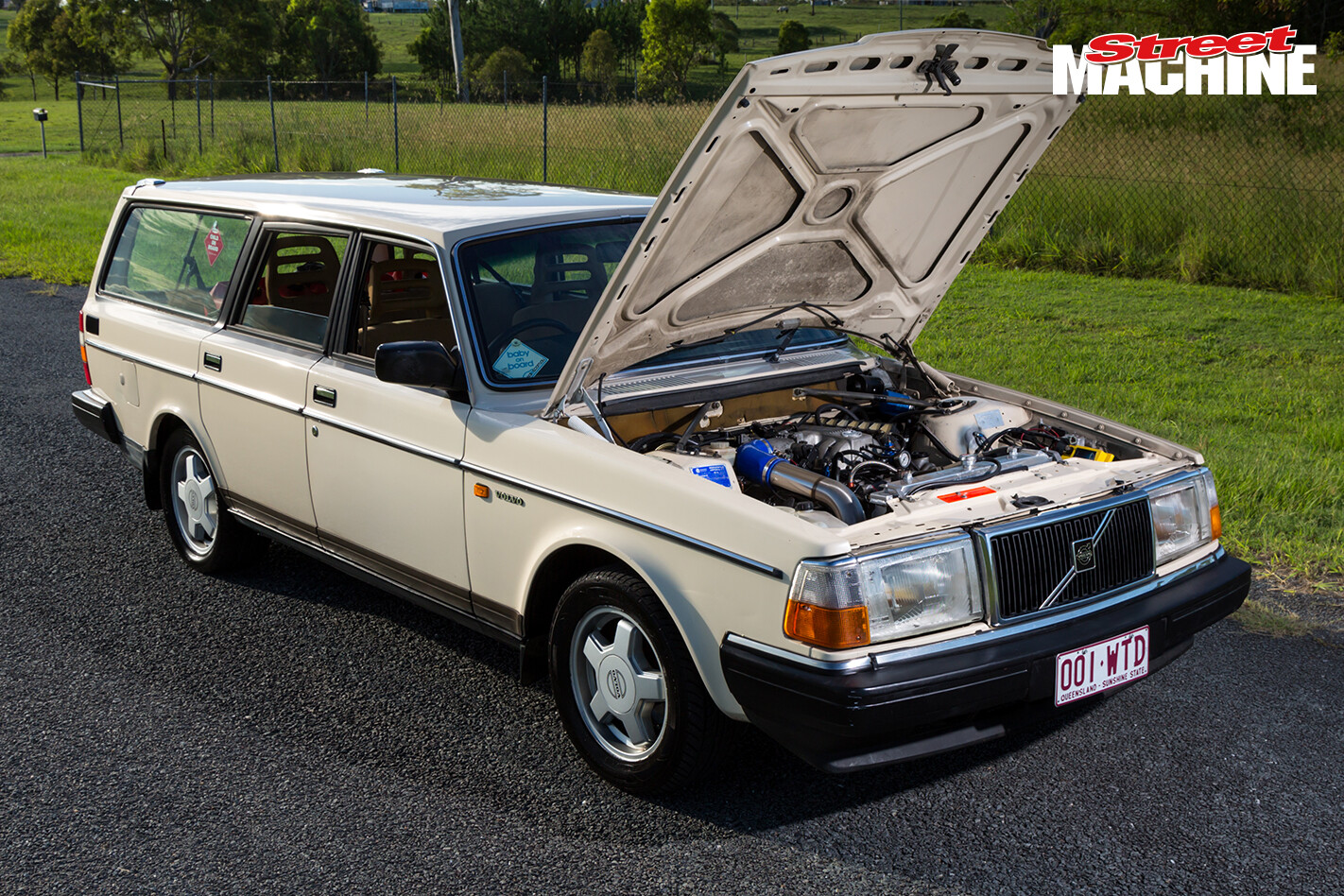 Why did you decide to build a Volvo?

I didn’t actually build it, my mate Aaron Nicol at Barry Tuning was the original owner. He’s good mates with Al from AM Auto – also known as Turbo Yoda to anyone who watches Mighty Car Mods – and one night over a few beers they came up with this crazy plan to put the 1UZ into the Volvo and turbocharge it. Aaron drove it for a couple of years until he blew the head gaskets, then he parked it in the shed for two years until I bought it off him. I replaced the head gaskets, retuned it and tidied it up and I’ve been driving it ever since! I’ve also got an XB hardtop and I was sick of getting all the attention and people expecting the big engine – I wanted something that no one would look at but would still be fast, so I got the Volvo. 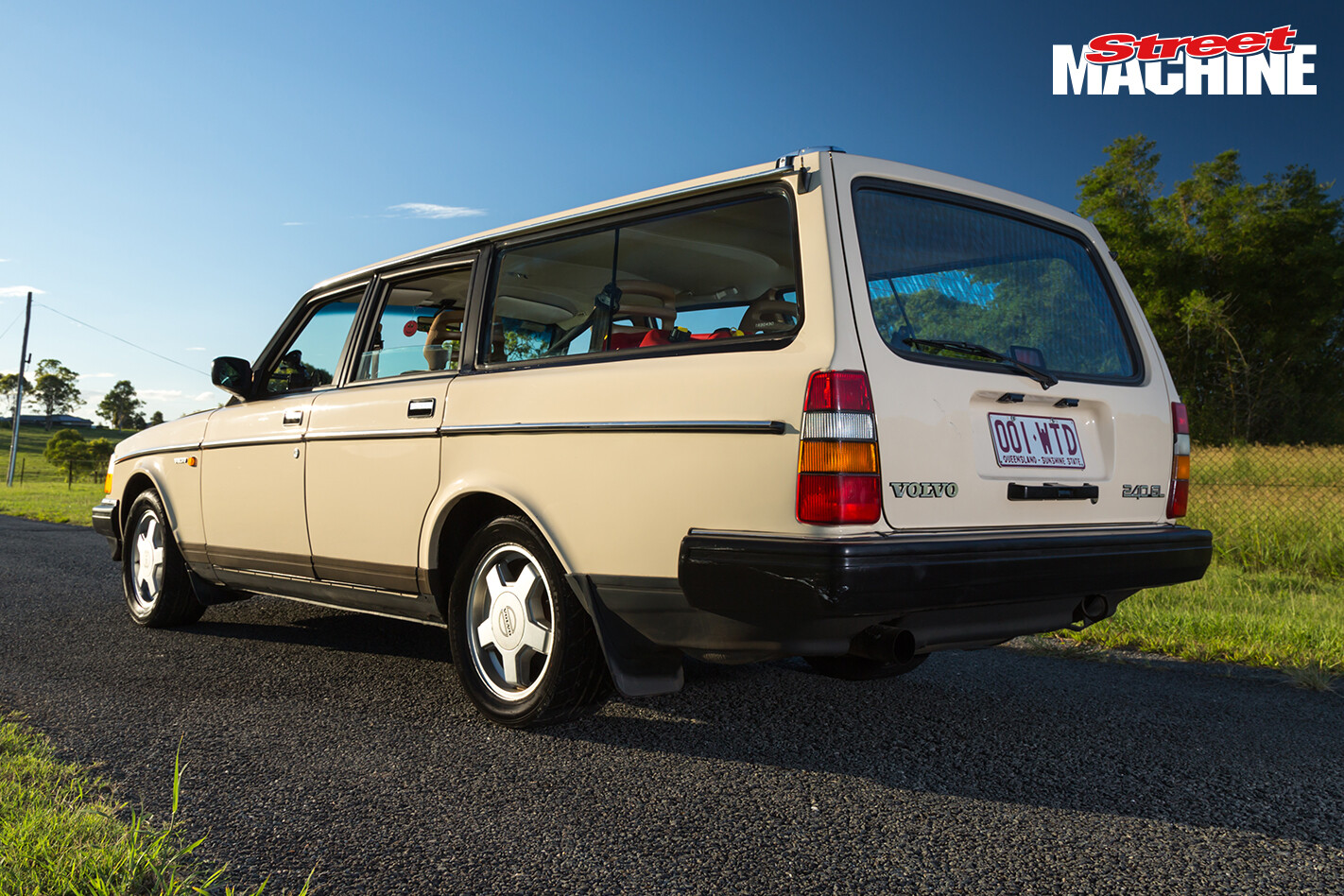 The gearbox is basically a standard 1UZ three-speed auto with overdrive, just with a shift kit. The rear end is still just the standard Volvo 240 set-up, factory diff and axles; even the suspension and brakes are untouched. Ever take it down the quarter?

I’ve raced it a few times; the best I’ve got out of it was an 11.70@116mph just on 225 semi-slick rear tyres with the Volvo rims. It could probably go quicker but then I risk snapping axles, and I don’t really want to upgrade the diff and let it become a money pit. Once you do one thing it never ends! For me it’s just a quick sleeper that I drive to work a couple of days a week and take to the shop to get dog food. Without my missus Kelli and daughter Isabelle this wouldn’t be possible, and I also have to credit Woodrigos, Horsepower Engineering, HQ Automotive and GLT Auto.