YEARS ago an eight-second build meant throwing away most of your standard engine and hitting the catalogues for a very expensive delivery of high-end goodies. But times have definitely changed. The stock bottom end movement for six- and eight-bangers is gaining incredible momentum in Australia. Talk of 600rwhp and low-nine-second quarter-mile passes on standard rods, crank and pistons is now commonplace. 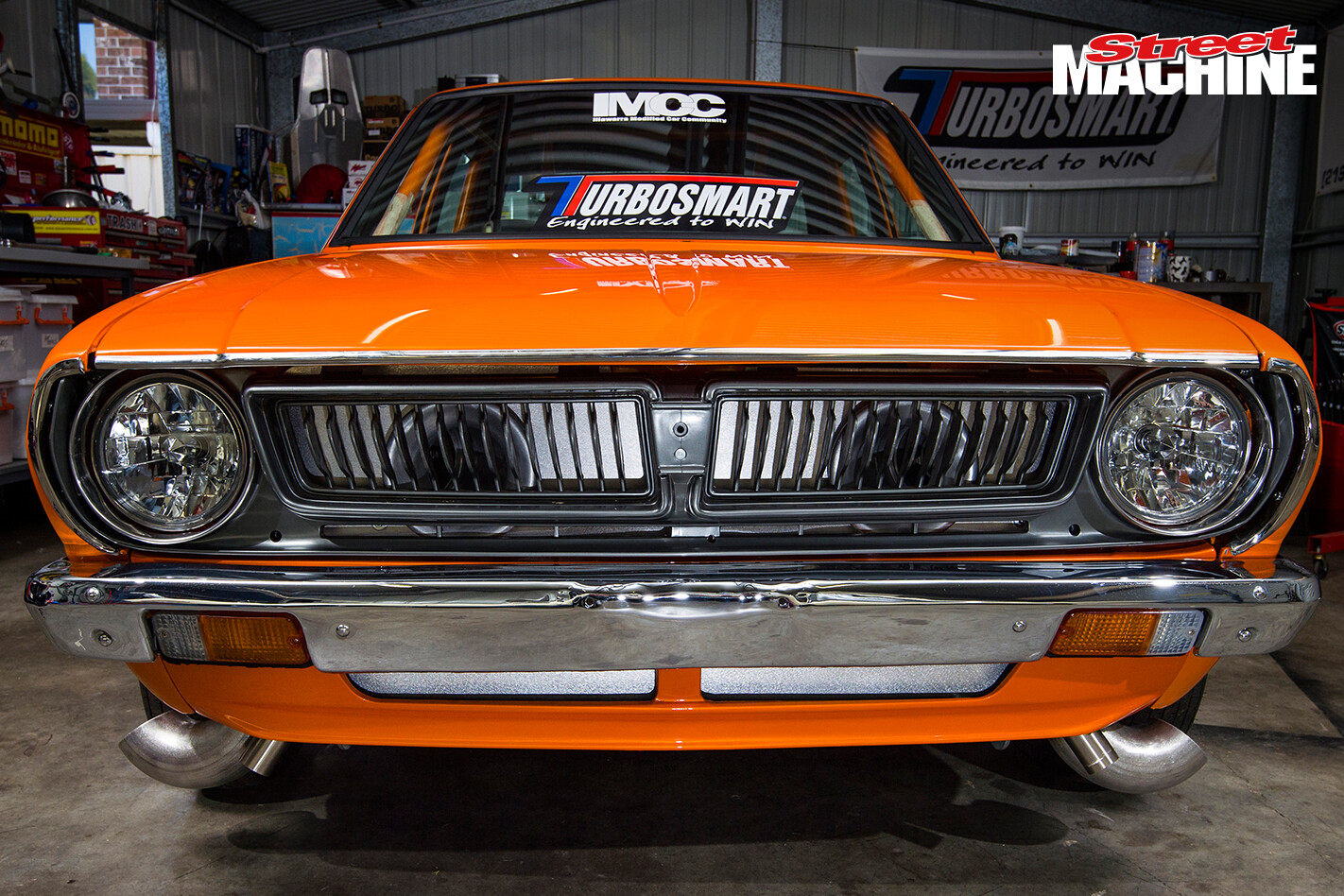 There has been a big shift in the way many street machiners build cars. Instead of a quality build consuming an additional $30,000-plus for a big-horsepower engine, enthusiasts are now combining stock-bottom-end production motors with high-end boosting, and employing engine management systems to keep them alive. 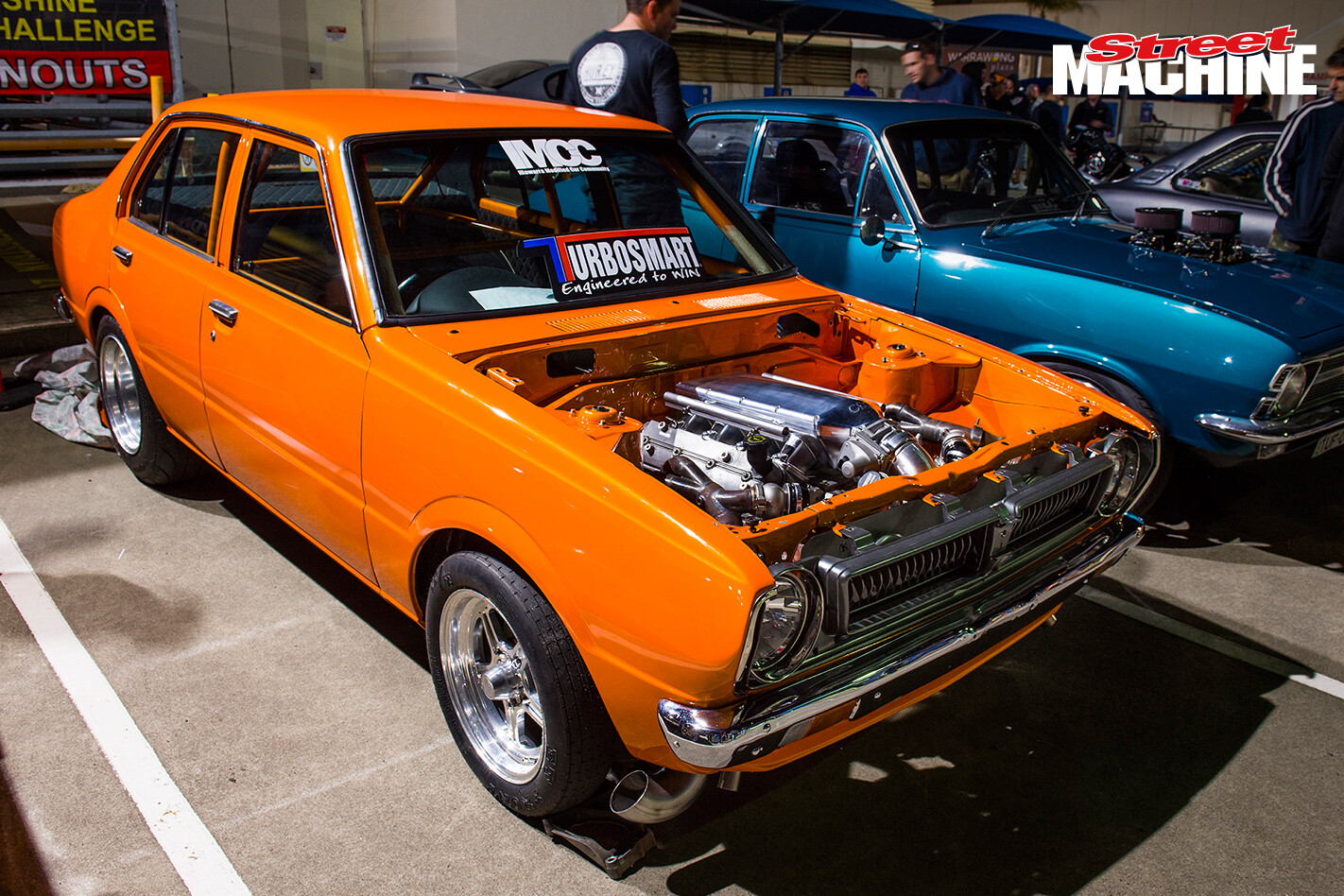 While many will roll their eyes at yet another LS story, the fact remains that they are the most common engine for retrofitting, probably accounting for over 60 per cent of all V8 conversions. What makes Jason Gynn’s stock-bottom-end Corolla build great – aside from the fact that it’s a killer-looking combination – is that it’s probably going to run in the mid-eights over the quarter-mile with a stock LS1 and a couple of turbos hanging off it. 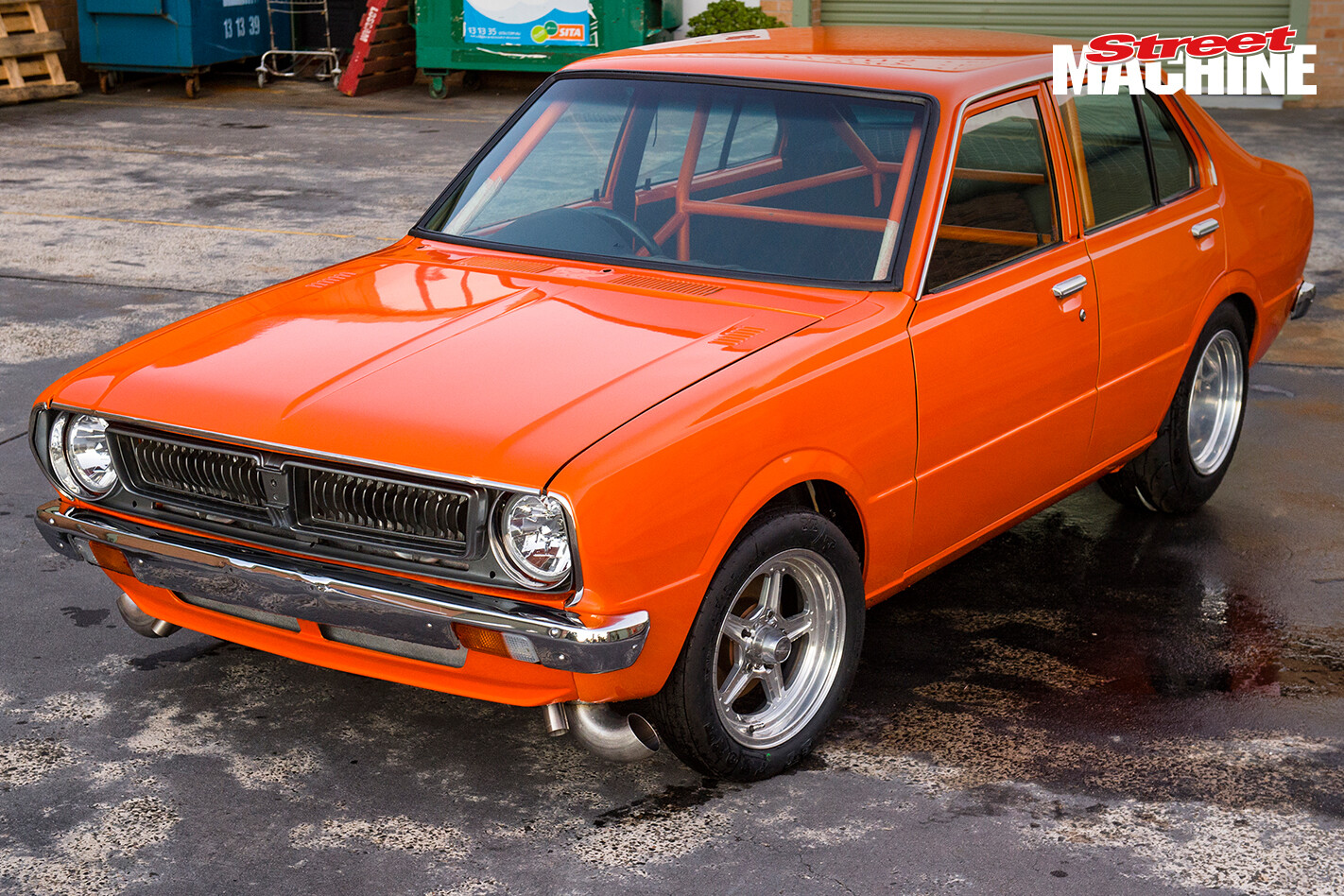 Jason’s journey started back in 2011 when he had a chassis builder start on a later-model KE70 Corolla that was going to have a turbo 2.7-litre HiLux motor fitted. Unfortunately the chassis job was a heap of junk and the project was abandoned after Jason had tipped $15K into the deal. 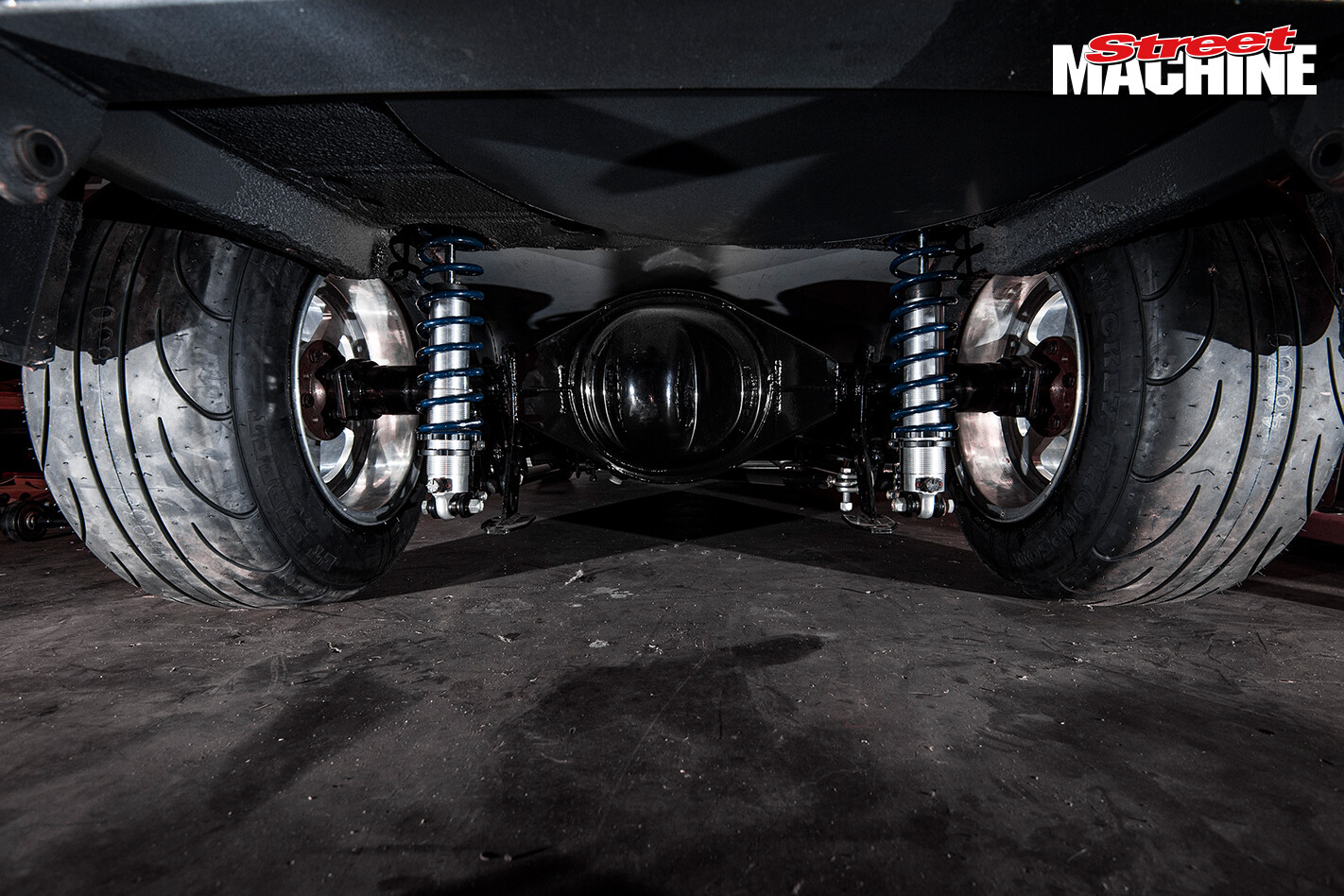 Licking his wounds and eventually regrouping, Jason came across this car, a KE55 (with a KE30 front) which had already been mini-tubbed, ’caged and had a ladder bar and sheet-metal nine-inch fitted. It was already sporting a nice bright orange paintjob and had been set up for a whole bunch of different combinations, including LS1. 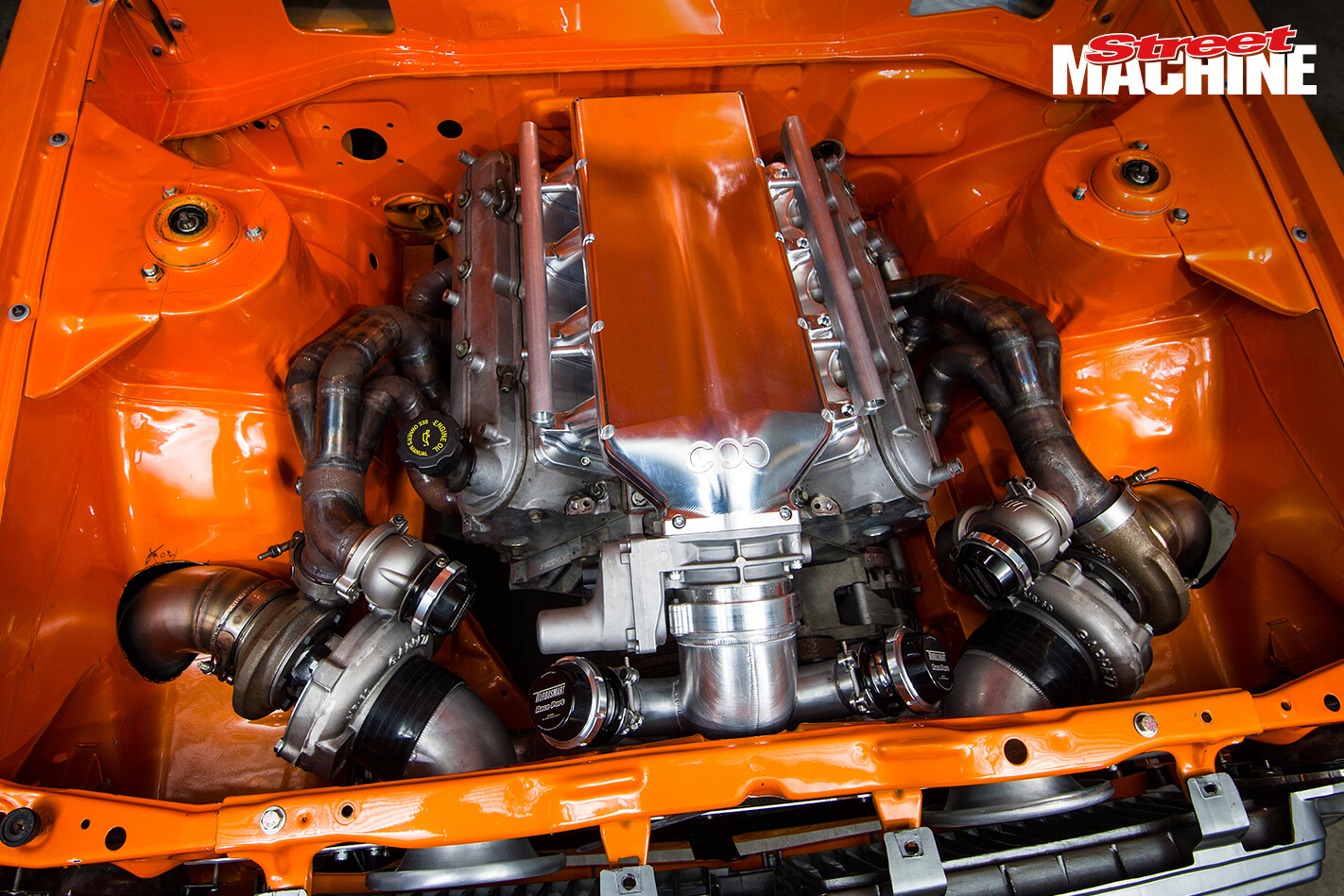 “The fact the car was set up for an LS was just icing on the cake,” Jason says. “The K-frame had been notched and the crossmember done for a Powerglide, so we didn’t have to get into a freshly painted engine bay and start hacking things up. I really wanted to build a car that would be competitive in the X235 class, and eventually in Radial Unlimited when I get a better motor deal.” 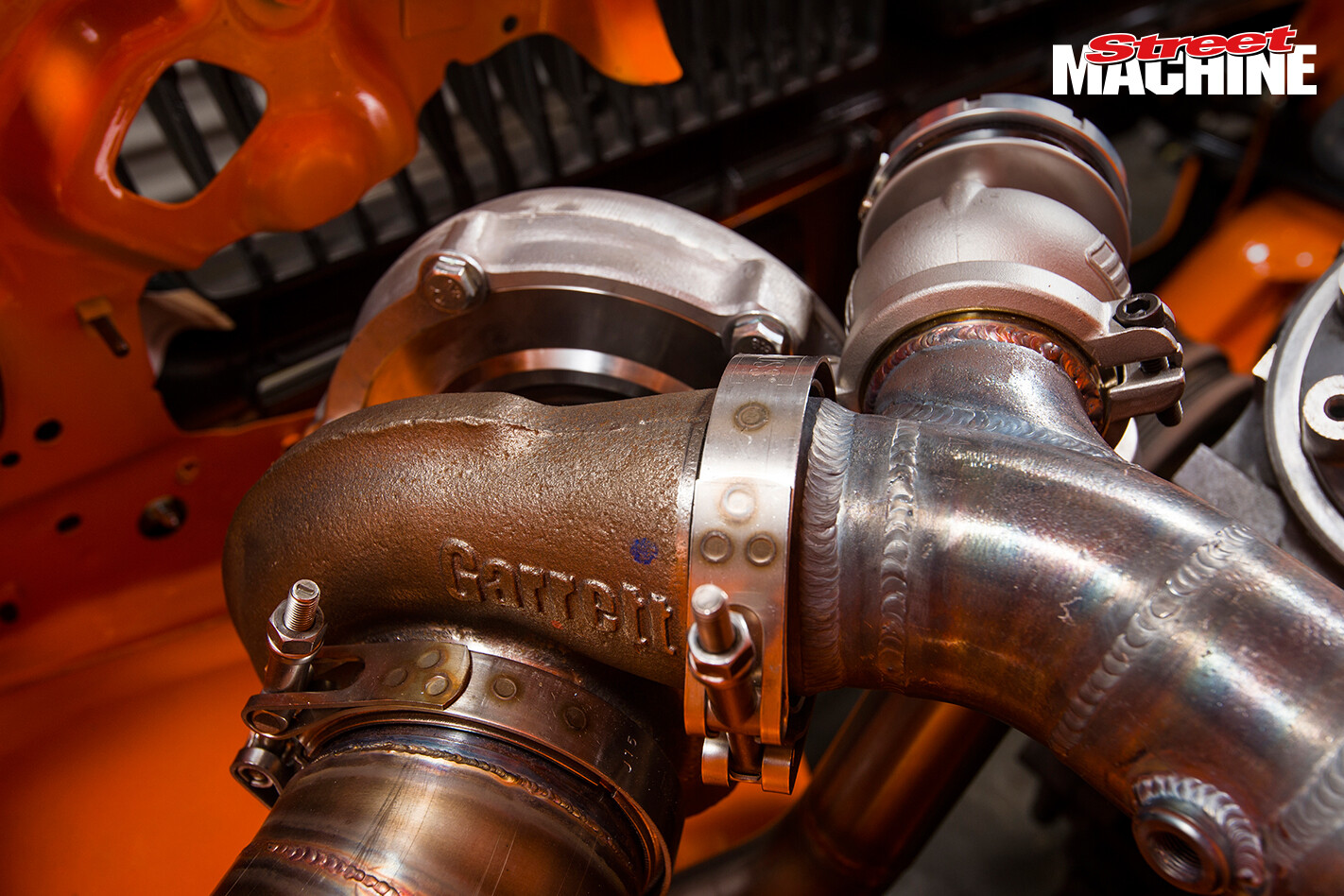 The engine is a stock 2003 VY 5.7 that Jason paid a little more for because it had low kilometres, and he’s mated that with a two-speed Powerglide to keep things simple. He already had a 35/75 Garrett turbo and wastegate for another project, so he quickly sourced another of each to complete the induction side. The billet intake is by Custom Plenum Creations and was specially designed to fit under the Corolla’s bonnet. 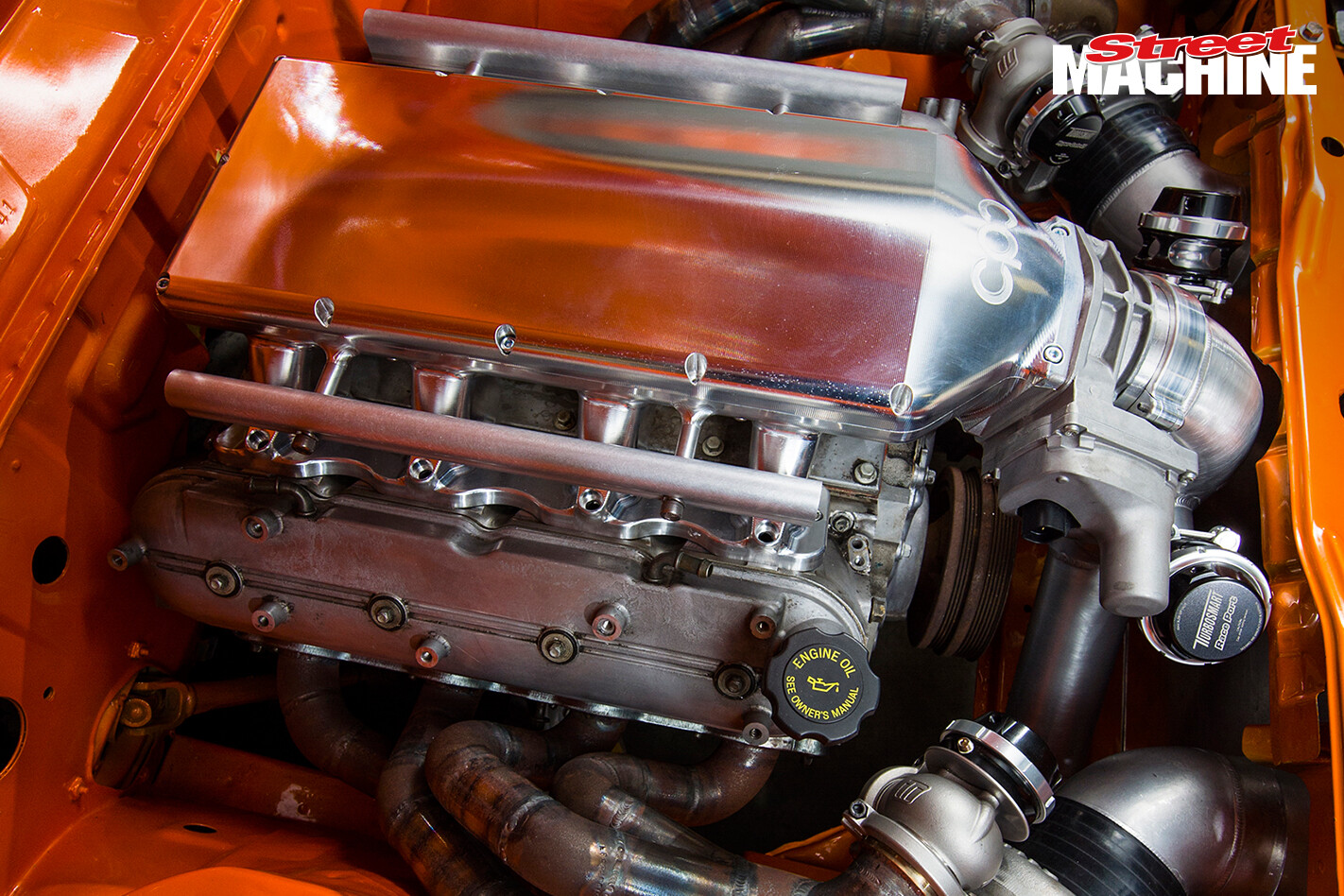 “When I started building the car I never meant it to be this flash; I wanted to keep it modest,” Jason says. “When I tried to do some aspects of it on the cheap, like the exhaust manifolds, which were going to be the stock factory items, I had to start compromising on quality and performance. So I waited a bit longer and did them right, out of steam pipe with the wastegates in the perfect locations.” 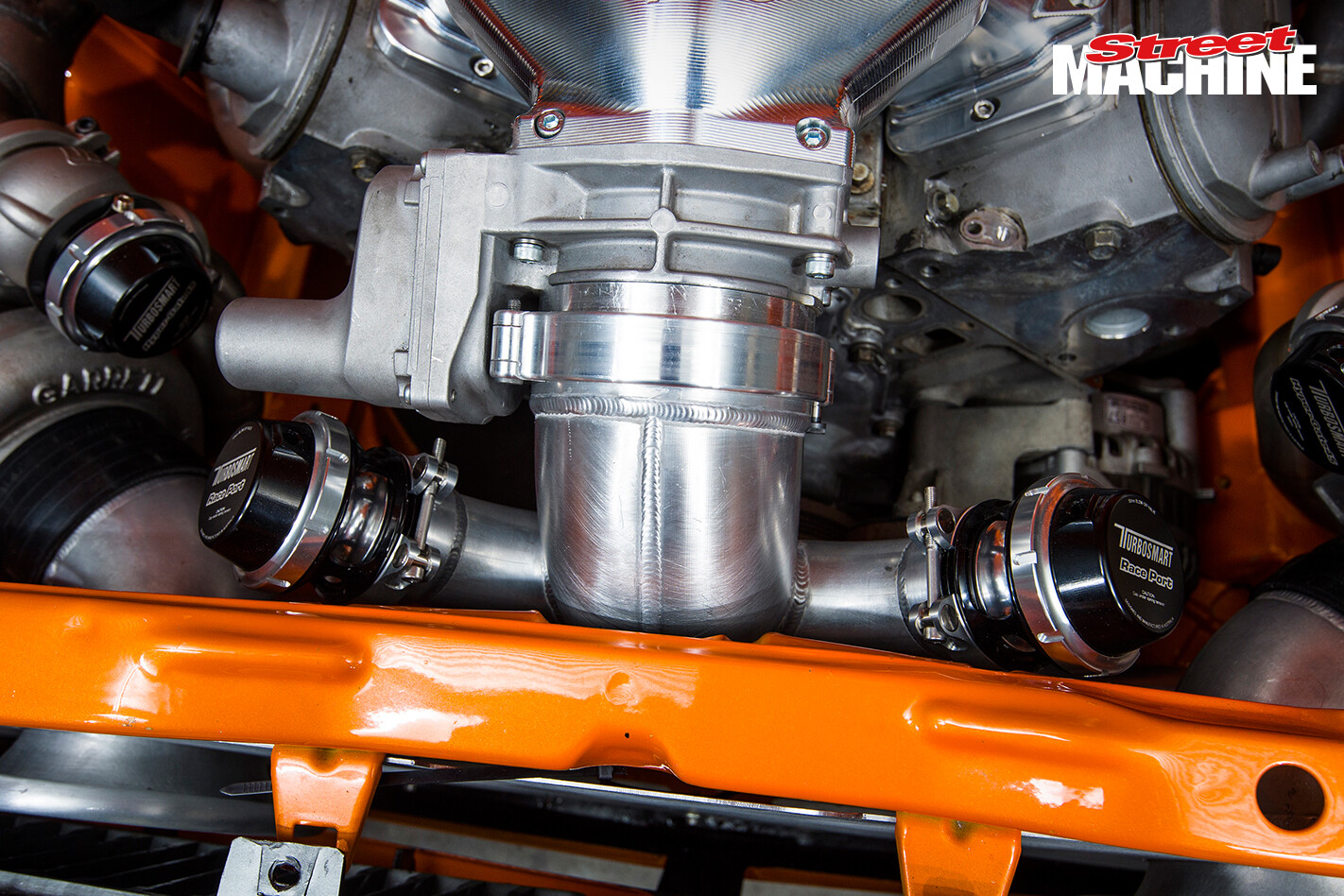 Engine management is critical with a combo like this and it’s an area where Jason definitely isn’t going to compromise. “I had a Haltech Elite on my last car,” he says. “I was really happy with that and I will update to the new 2500, as it has all the bells and whistles – the most important being the engine protection system that will stop me from lunching engines. I chatted with Dale Heiler from Castle Hill Performance and he says we can make 550-650rwhp on a standard engine, but obviously, the harder we lean on it the greater the chance of failure. I guess I’d rather wind it back to where it is safe.” 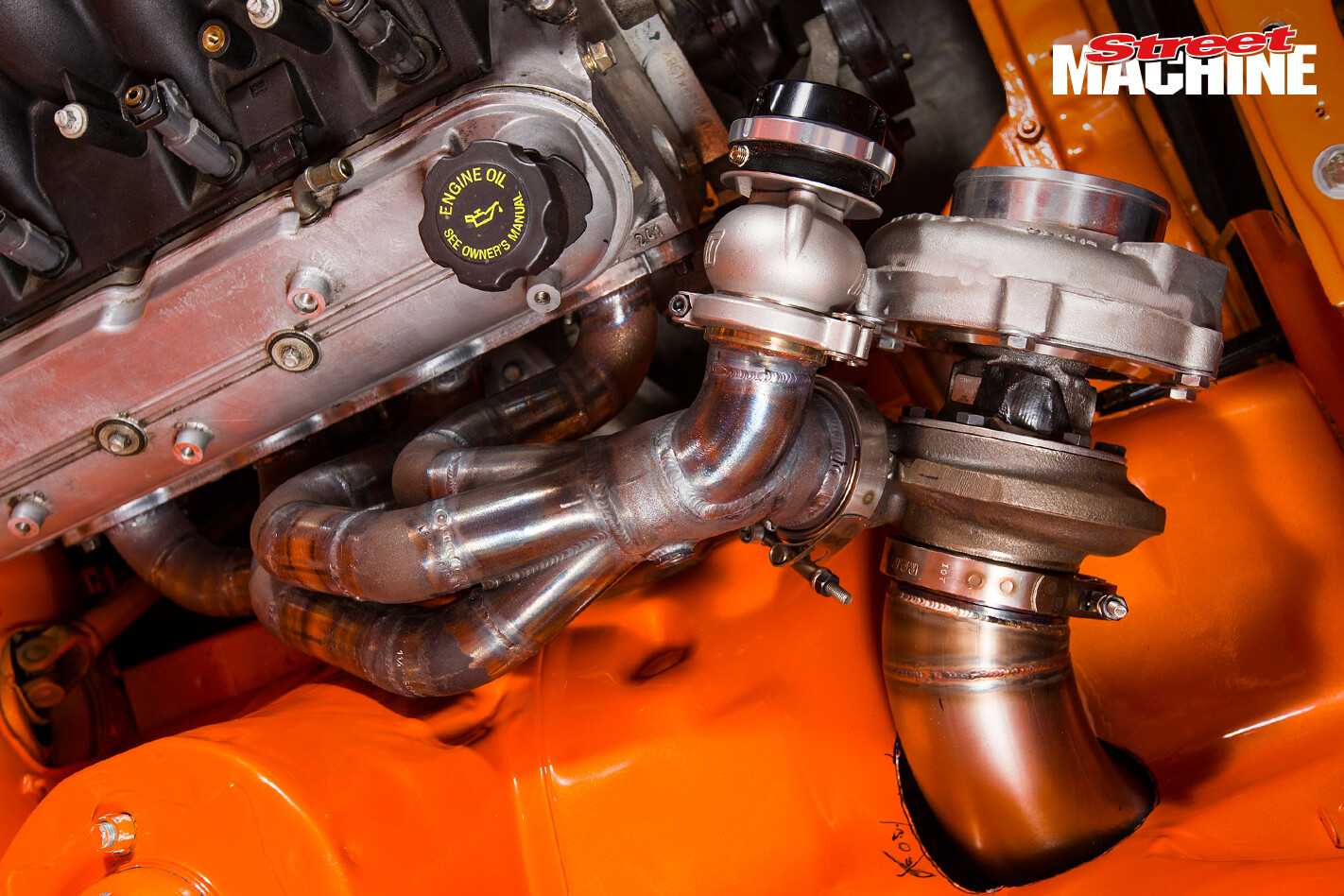 With the bonnet bracing still in place they’ve had to angle the drive-by-wire throttlebody down to clear, and things are very tight at the front of the engine. In fact, the radiator is going to be fitted in the boot to make life easier, and there won’t be an intercooler. Jason is going to run the combo on E85 or E98, and with the boost he wants to run, the intake temps should be okay. 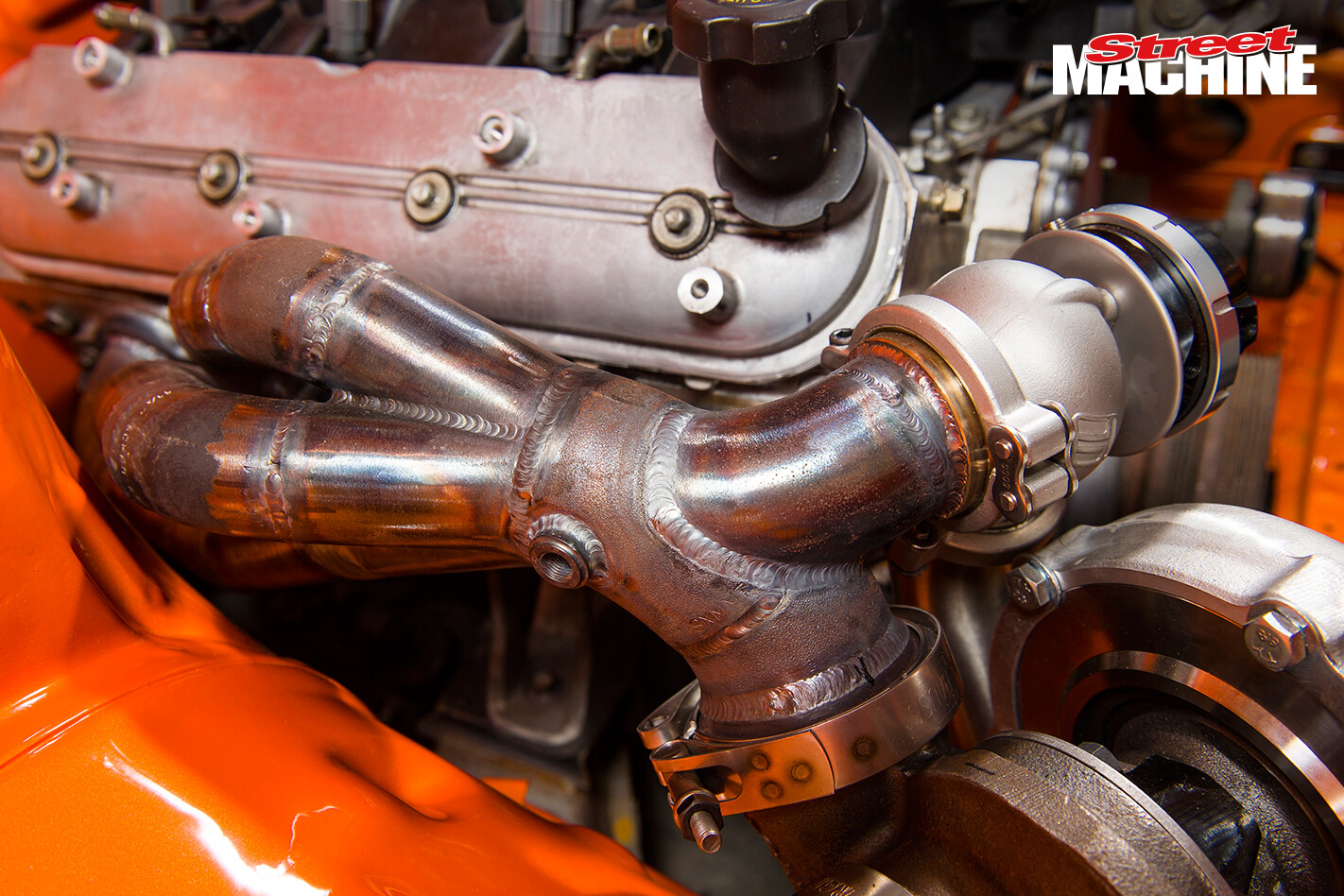 There’s been no lightening work done to the car; it’s all glass and all steel. In fact, with a 2700lb minimum weight in Outlaw X235, Jason may need to add weight to the car. “I’m going to run a 75-litre fuel cell in the rear, and I’m yet to work out what pumps I will run; initially I was leaning towards a belt-driven pump off the engine, but I’ve been toying with the idea of triple Walbro 360 pumps mounted in the tank.” 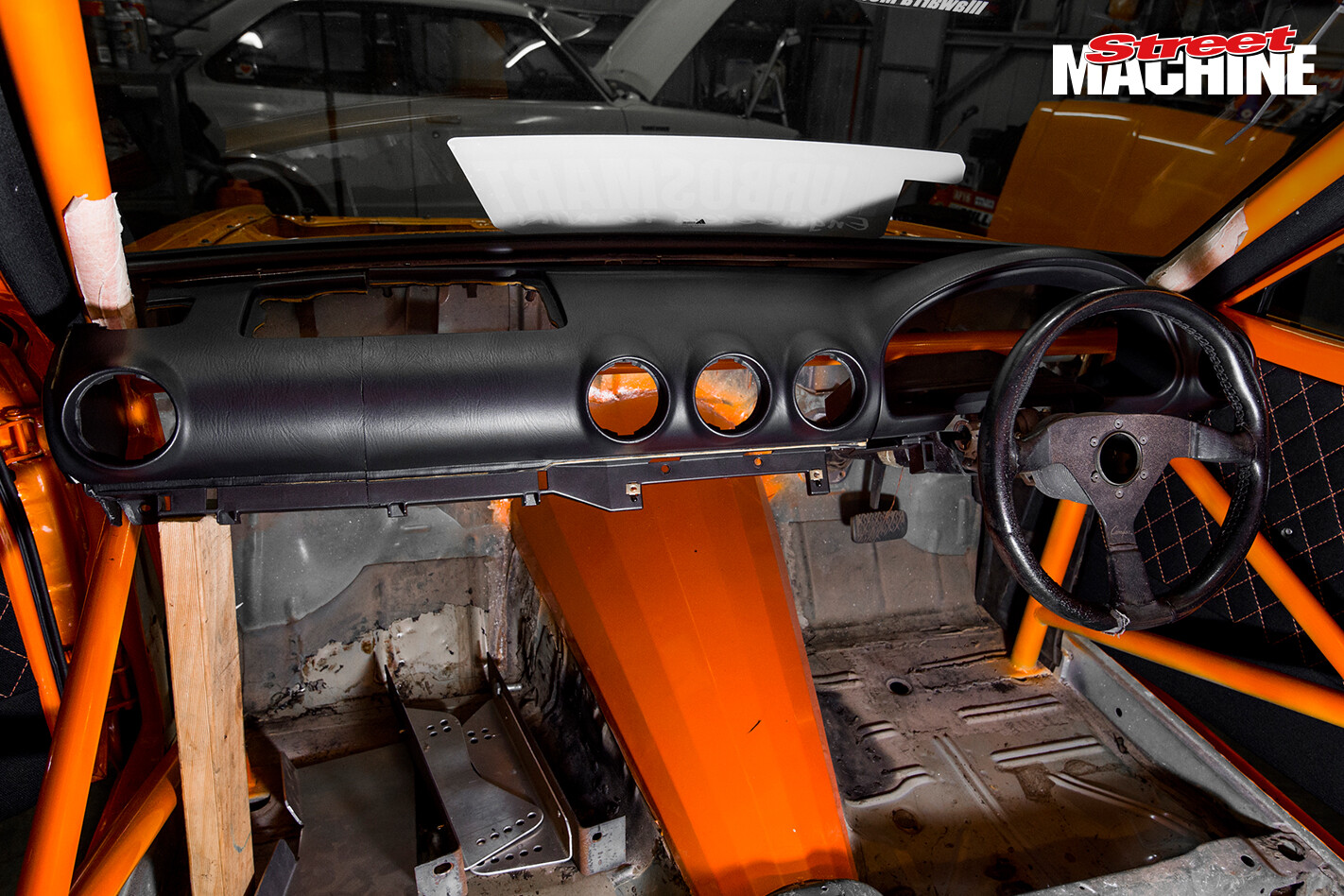 Brakes will be Wilwood all ’round; although the car currently has a Commodore front strut conversion with HQ discs and rotors, Jason says he’s not entirely happy with that set-up. “My expectations are higher than my budget,” he laughs. “Now I have a young family I need to be smarter with my spending. The problem is I like quality, and quality costs money.”

So what is this lightweight rocket going to run? “With the addition of a small turbo camshaft and valve springs we should be able to set the bar at 600rwhp, which will equate to an 8.50 or thereabouts.” That’s not bad for a $2000 engine, and it’ll be a hell of a ride in that little car. Completion date is planned for first round of APSA in early 2017 at Sydney Dragway.