SMALL-town mechanic Bobby (Adler) is thirsty for some excitement in his life, so he packs up and hits the road for the action of LA’s Van Nuys Boulevard cruising strip. With his cool Ford Econoline allegedly sporting ‘425 Turbo’ power, fat chromies, sidepipes and more rake than Bunnings, he definitely has the look down to slip right into this late-70s scene. 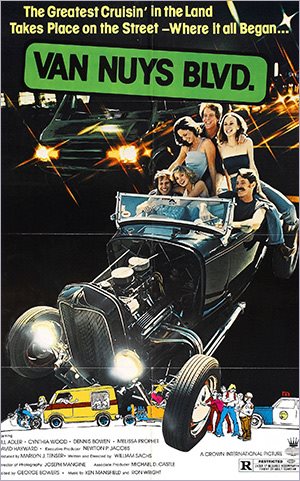 Bobby is soon enjoying the benefits of his newfound freedom, and before long he hooks up with local spunks Moon (Wood) and her gal-pal Camille (Prophet). The girls challenge Bobby to a race against Moon’s super-cool Dodge Tradesman, but the trio get busted by the cops and spend the night in the slammer.

There they meet the impressionable and naïve teen Greg (Bowen) and lost-in-life 60s rodder Chooch (Hayward), who themselves are facing the consequences of a night of trouble.

The now-friends decide to swap drama for laughs, and embark on a rollercoaster ride of go-kart, fun park, beach and disco action, with each new ‘activity’ segued in an almost skit-like fashion. 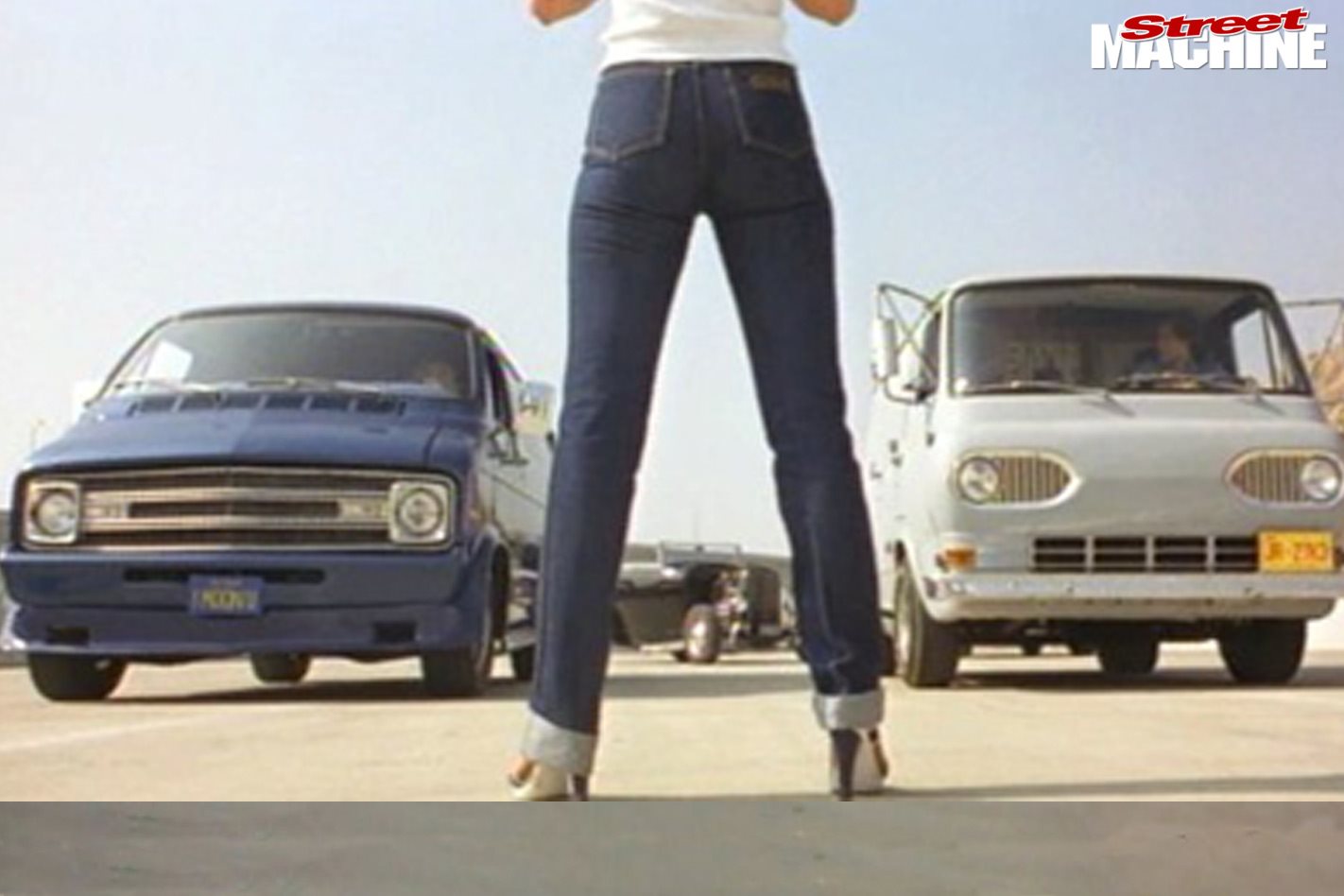 The character focus and subplots of Van Nuys Blvd. come across as a disco-era attempt at American Graffiti, only nowhere near as awesome. It works better as a slice-of-life piece than a movie of any real substance. Chooch’s tunnel-rammed deuce roadster is very cool, though, as is the snapshot of 1970s California life. The vibe is pretty loose and free-spirited – there’s plenty of nudity, so bear this in mind if the kids are hovering nearby (or in case one of the hot, young, no-name actresses turns out to be your mum).

THIS is a very average film that is pretty much about nothing, with the first 20 minutes more than sufficient to give you the gist of the whole affair. However, like many films of the era, Van Nuys Blvd. does have something of a cult following, so it’s best just to accept its numerous flaws and enjoy the 70s-era hot rods, vans and street machines cruising in their natural habitat. 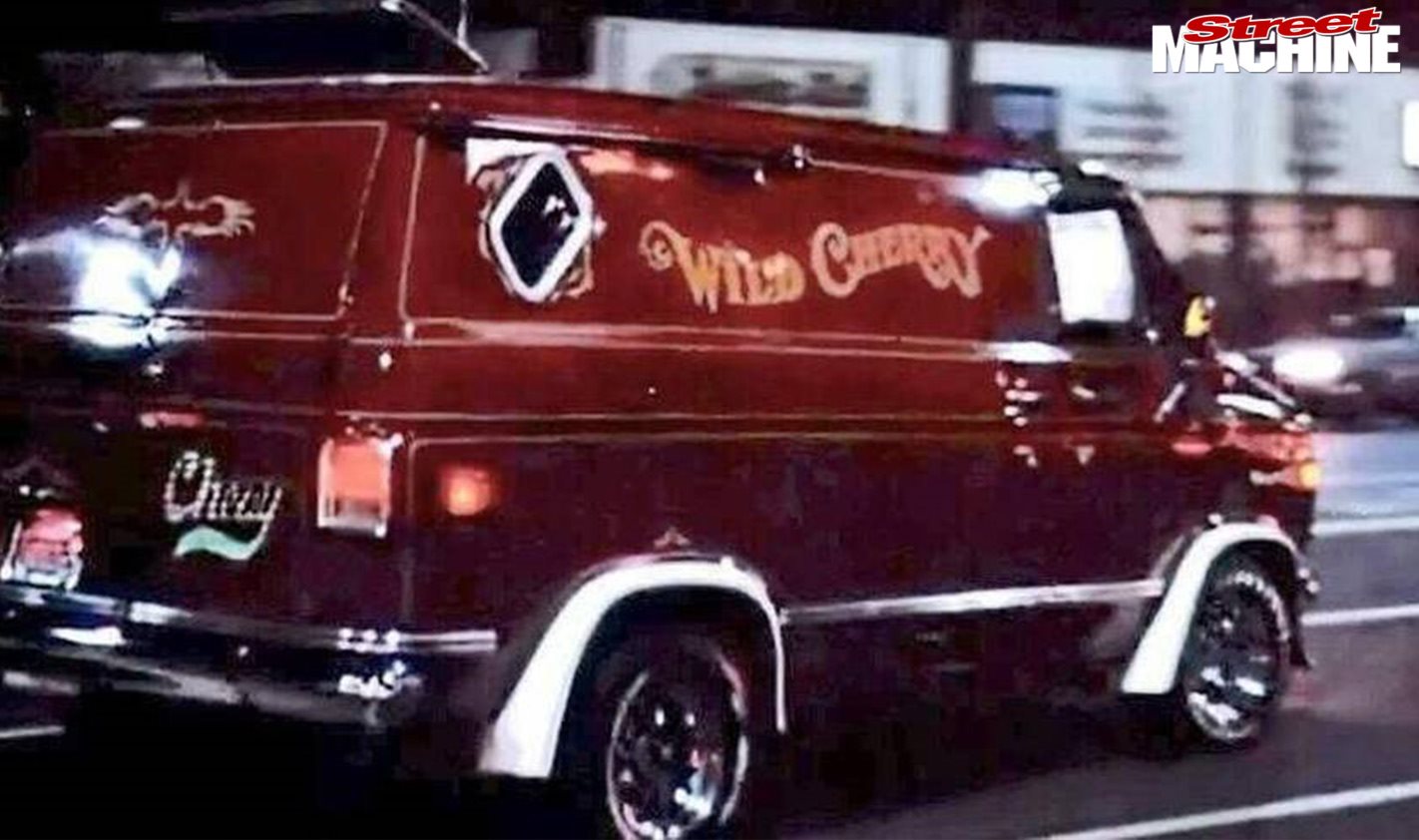 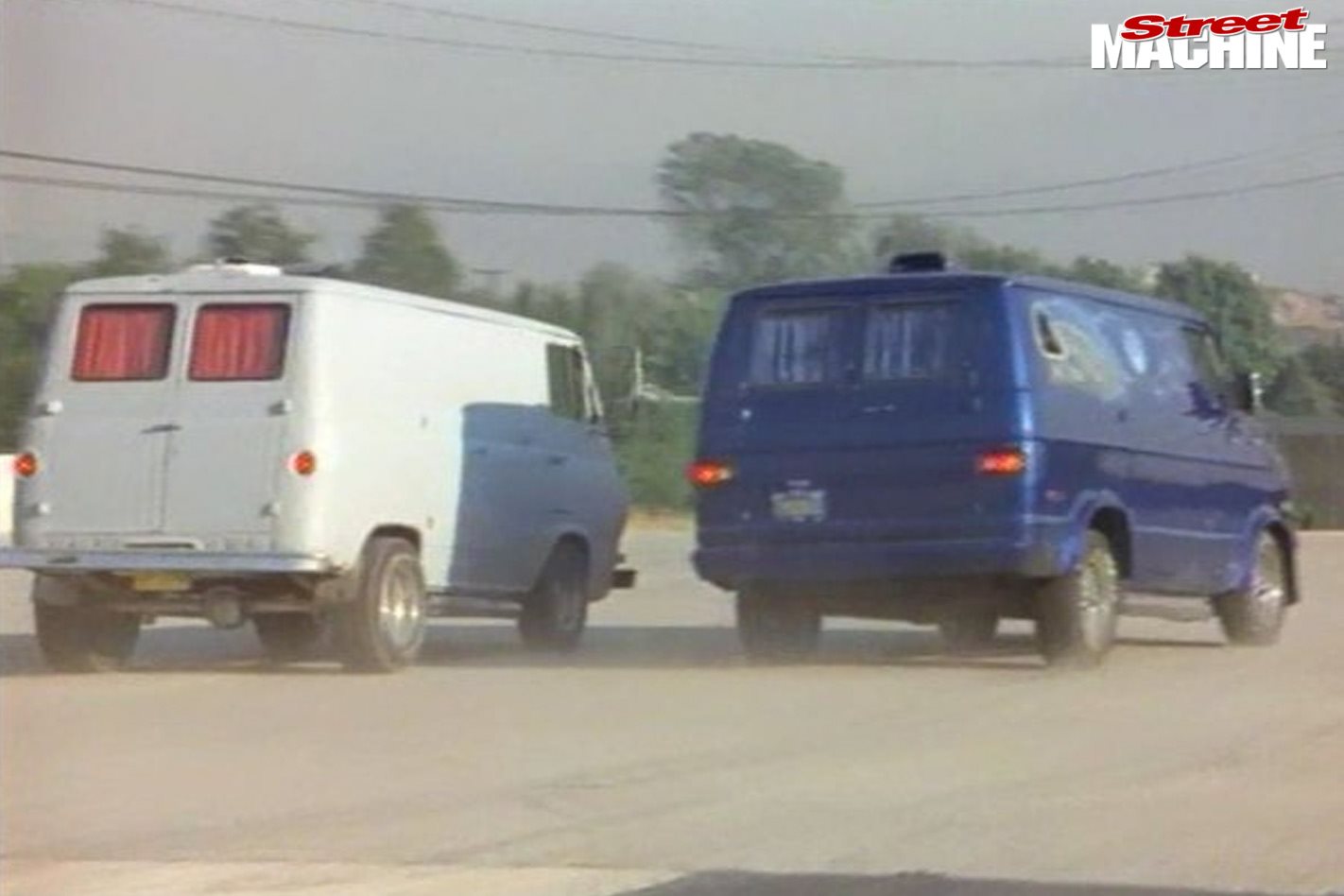 Action:
Some very cool 1970s Van Nuys cruising, with a couple of street racing sequences thrown in for good measure.

Plot:
A teenage street racer bored by the confines of his rural hometown heads to Van Nuys Boulevard in LA to immerse himself in the action. 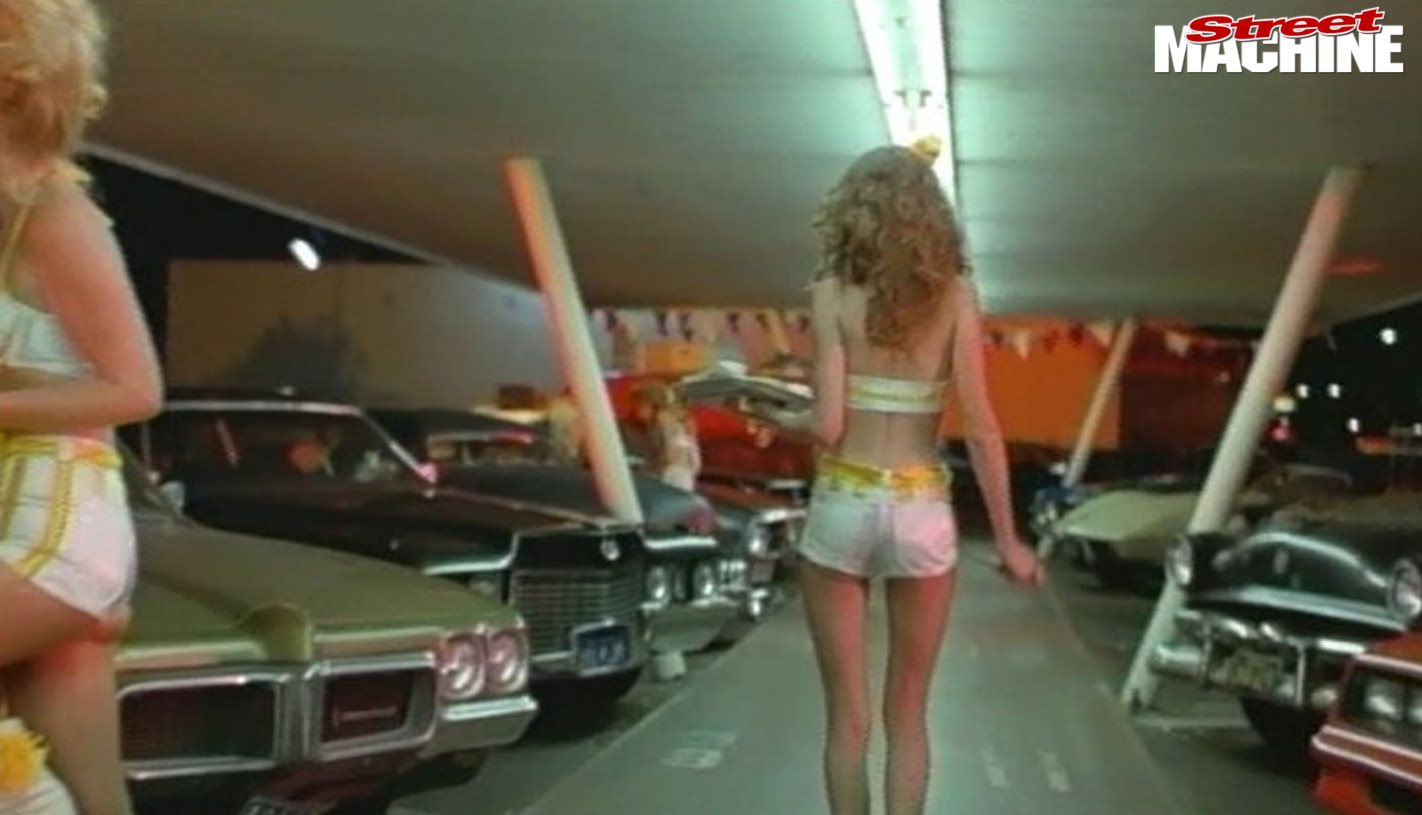 Cool flick fact:
Van Nuys Blvd. briefly features the now-infamous ‘Wild Cherry’ Chevy van that was embroiled in a 2018 legal controversy in the US.