THERE were a bunch of awesome tough streeters out to play at last weekend’s King Of The Streets meeting at Heathcote Park, including a few VPW Drag Challenge veterans.

One car that caught our eye instantly was Luke Grima’s immaculate LX Torana. It looked a million bucks, with bright red paint and a very subtle reverse cowl scoop, but it looked even better with the bonnet popped, revealing a Magnuson 2300 Hearbeat supercharger-equipped LS3.

“I pulled the blower off my daily-driver VE ute,” Luke says. “It was probably too much for an everyday driver, but I figured it would be great in a Torana.” 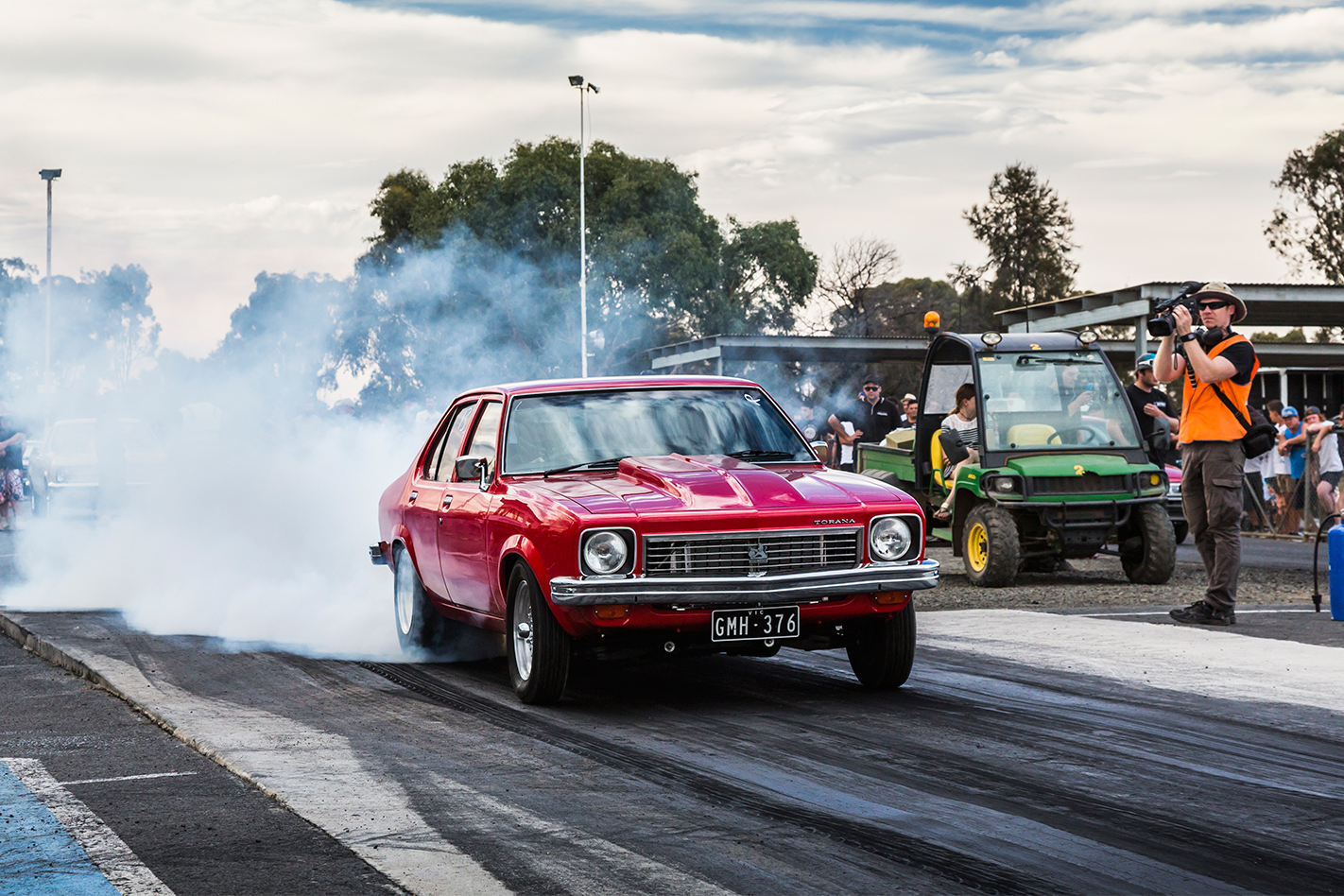 The bottom end is mostly stock; all he’s added are ARP bolts and an LS1 reluctor wheel to work with the LS1 ECU tuned by All Sparks Automotive. The heads have been CNC-ported by Nathan Higgins, and they help guide 10psi worth of boost into the cylinders. Gearbox is a Powerglide, built by Luke at his Hasty Auto Trans business. The whole lot runs on pump E85 and it makes a very healthy 610rwhp (455rwkW).

Luke reckons the Torana is very streetable with a 3200rpm converter and 3.55 gears in the nine-inch diff, and not as susceptible to breaking parts as his old blue twin-turbo LS-powered Torana, which ran 9.0 on the quarter.

So what does this one run you ask? How does 9.53@147mph sound? Pretty damn impressive we reckon, and he’s only just started running the car so there’s probably a bit more to come. 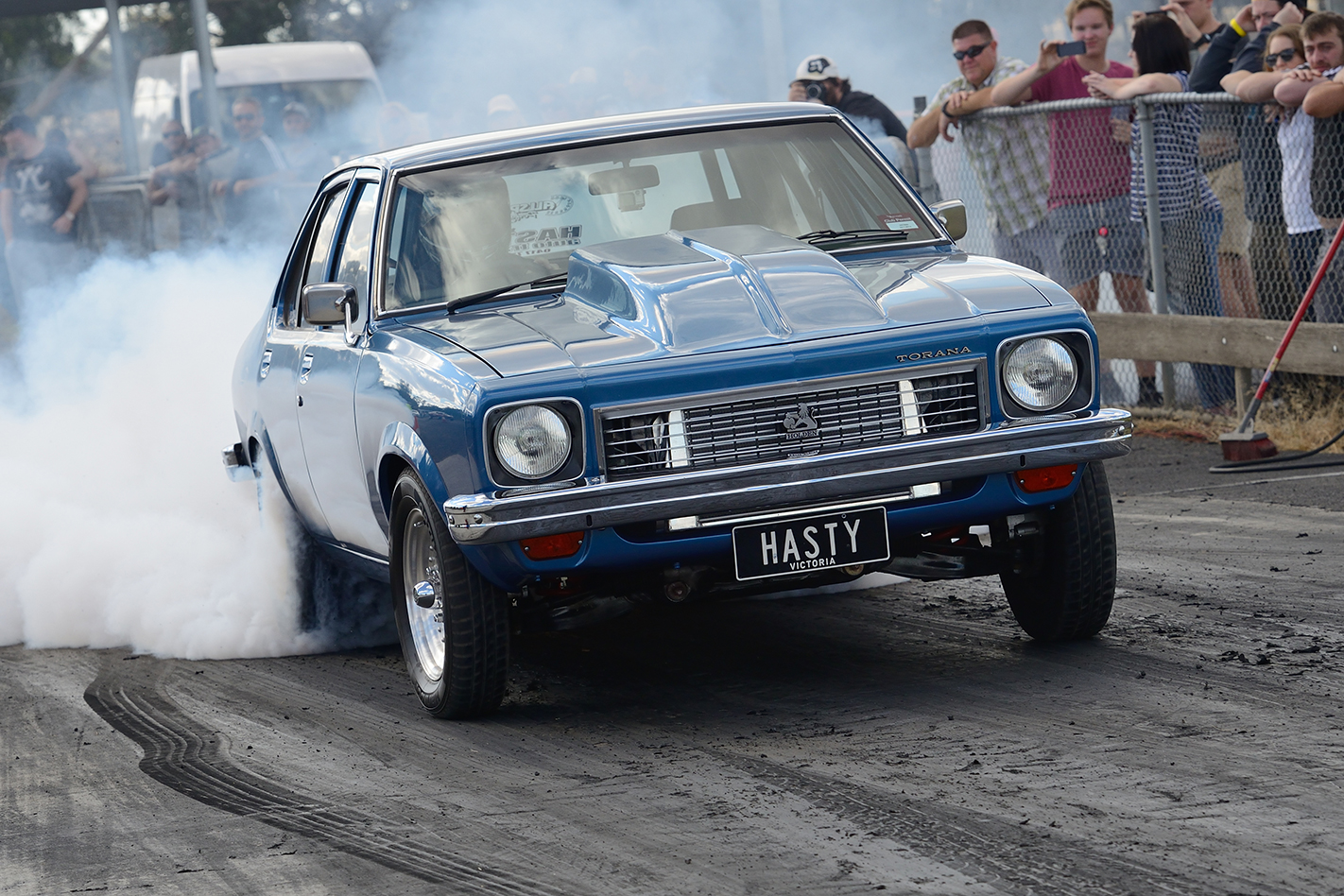 And the blue car? It ran an LQ9-based 403ci mill, with Higgins heads, an air-to-air and a pair of Garrett GT35/40 turbos. Again, the turbo set-up was originally intended for his VE, until the thought of warranty problems nixed the idea. Driving through a Hasty Auto-built TH400 with a transbrake to a set of X275s, that combo made 750rwhp at 14psi! 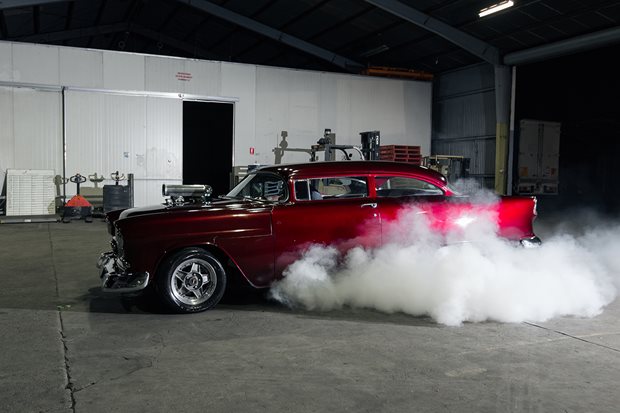 The famous LS6454 ’55 Chev has finally been released from hiding – and we drive it! 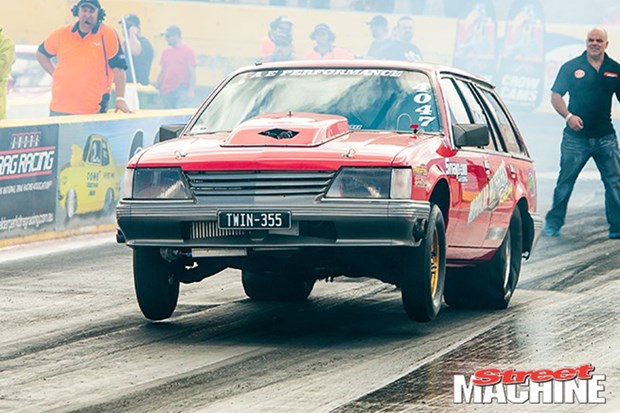 It might seem like every man and his dog have gone LS-crazy, but that doesn't mean its predecessor - the venerable Holden V8 - is ready to be pensioned off 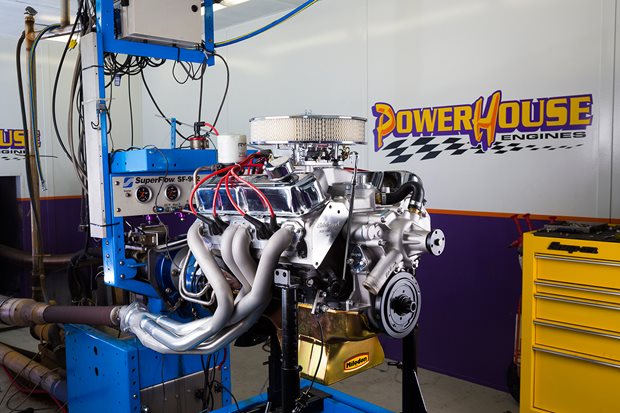 Project Swinger is just about finished, and one of the last pieces of the puzzle was the 408ci Chrysler stroker we put together 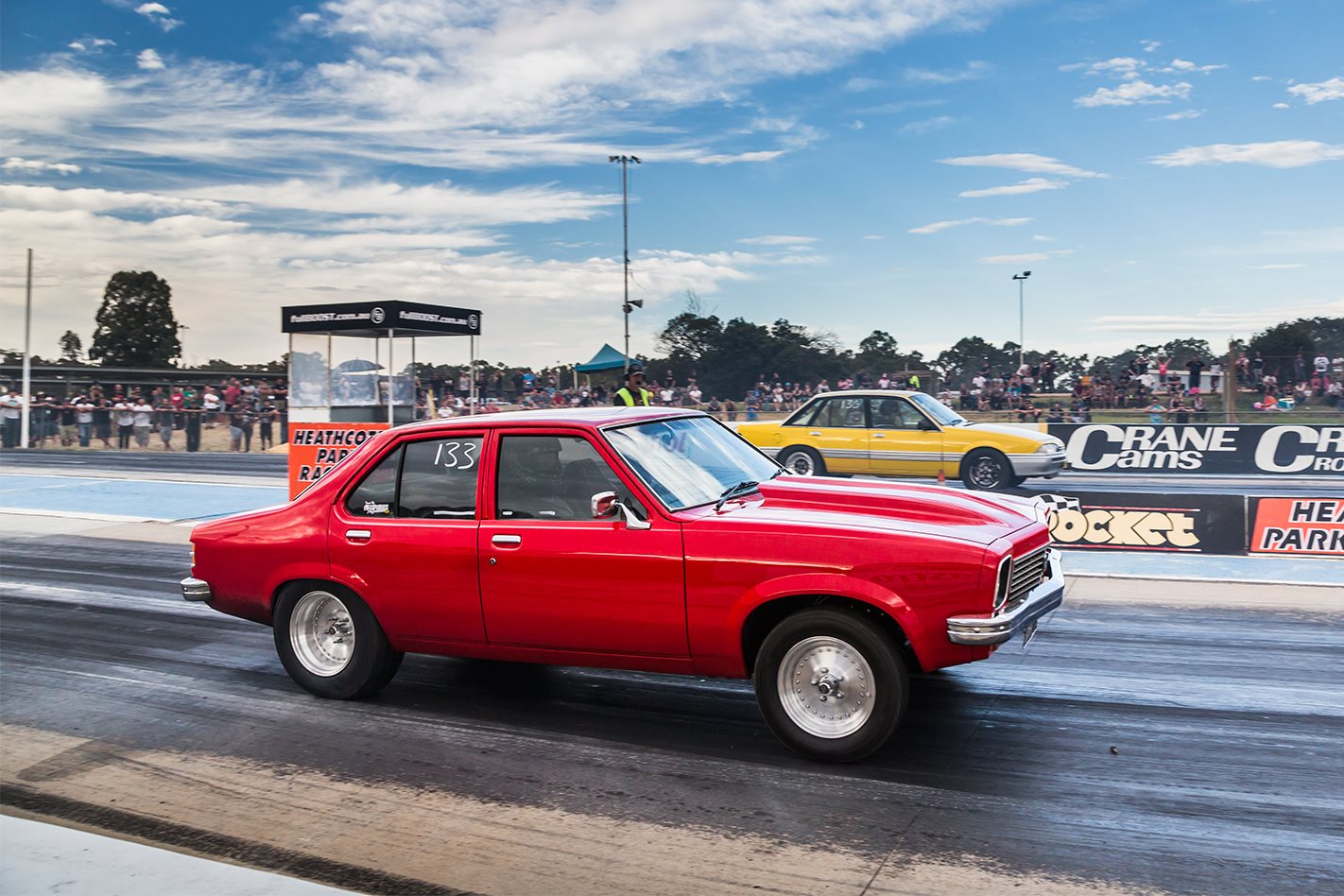 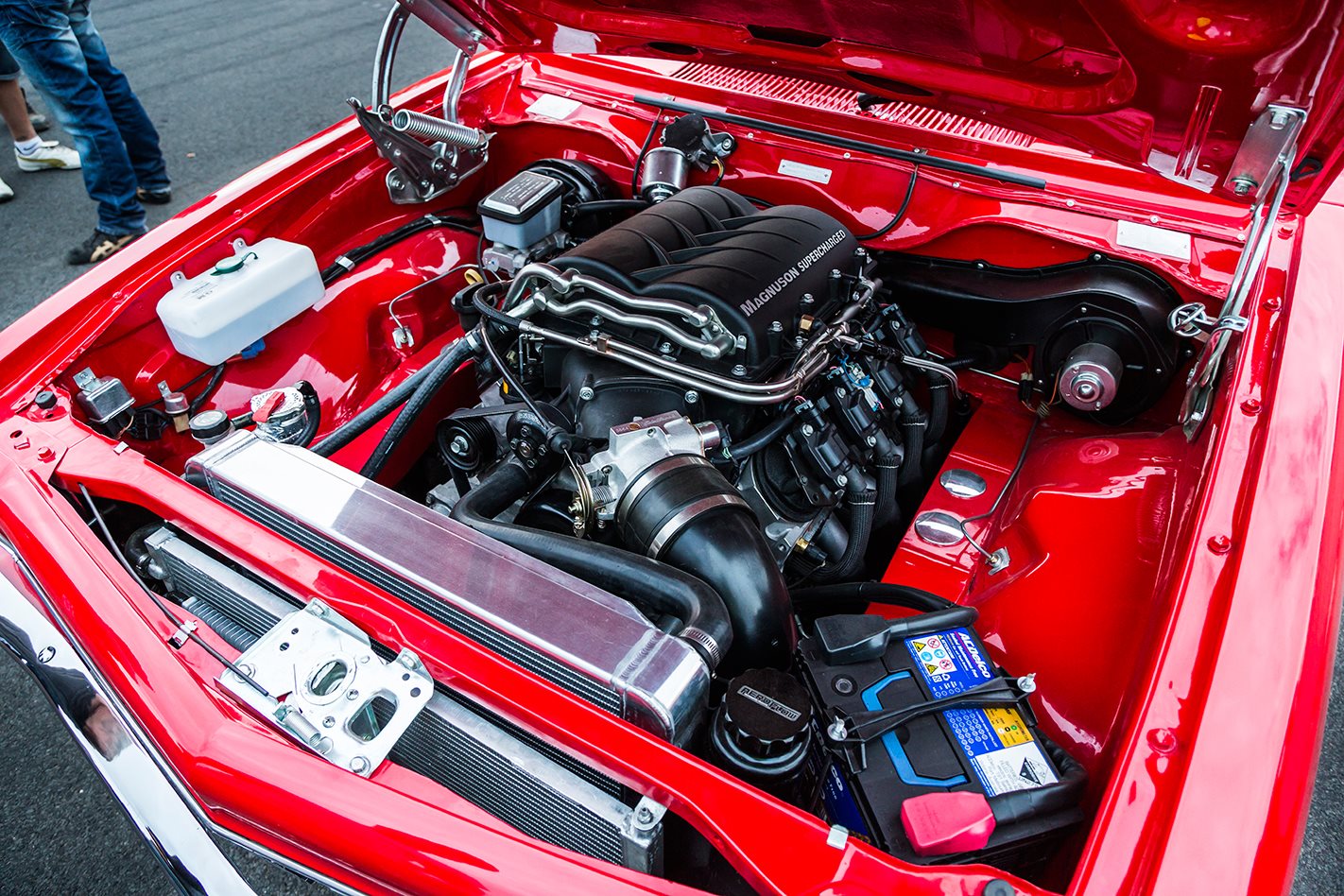 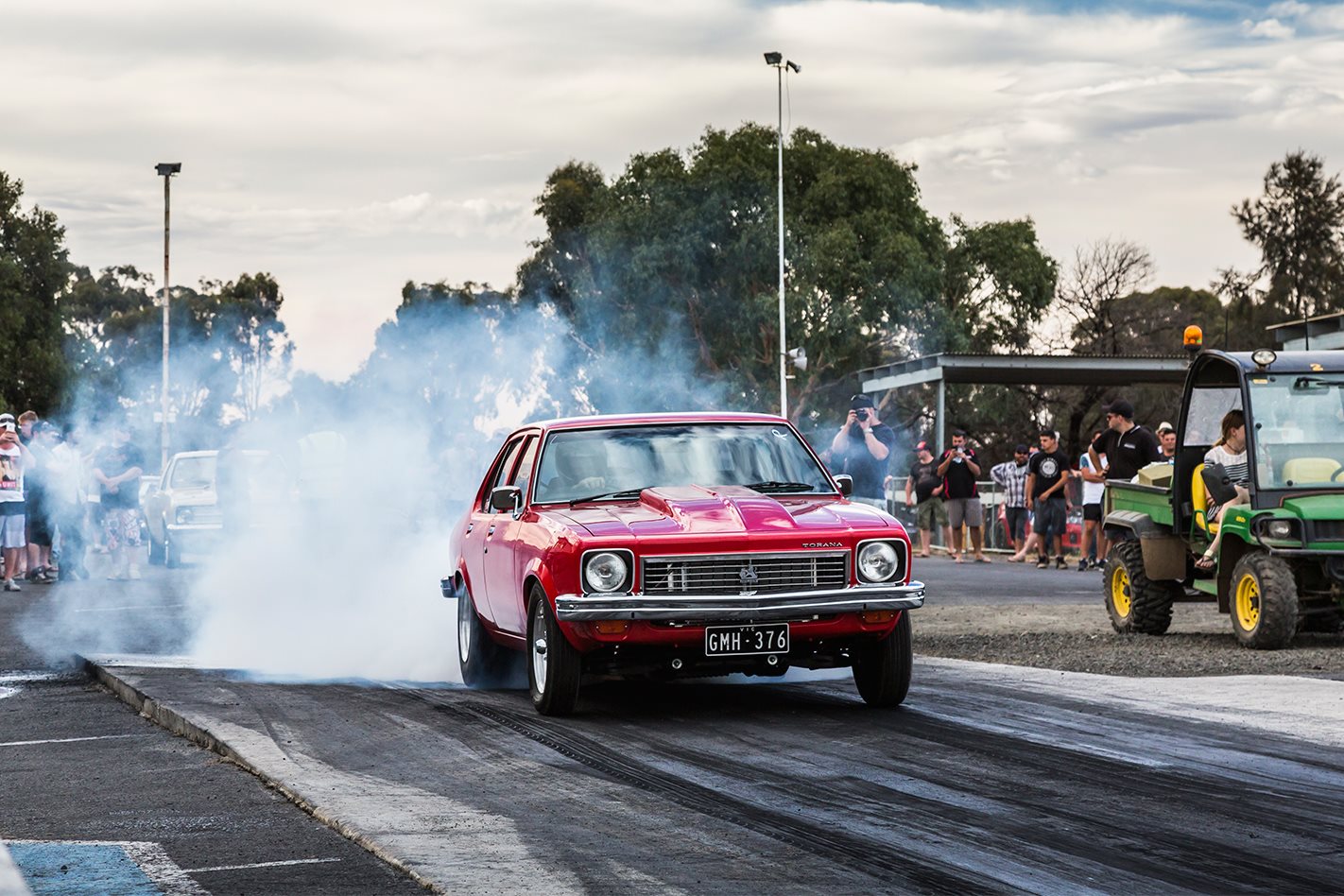 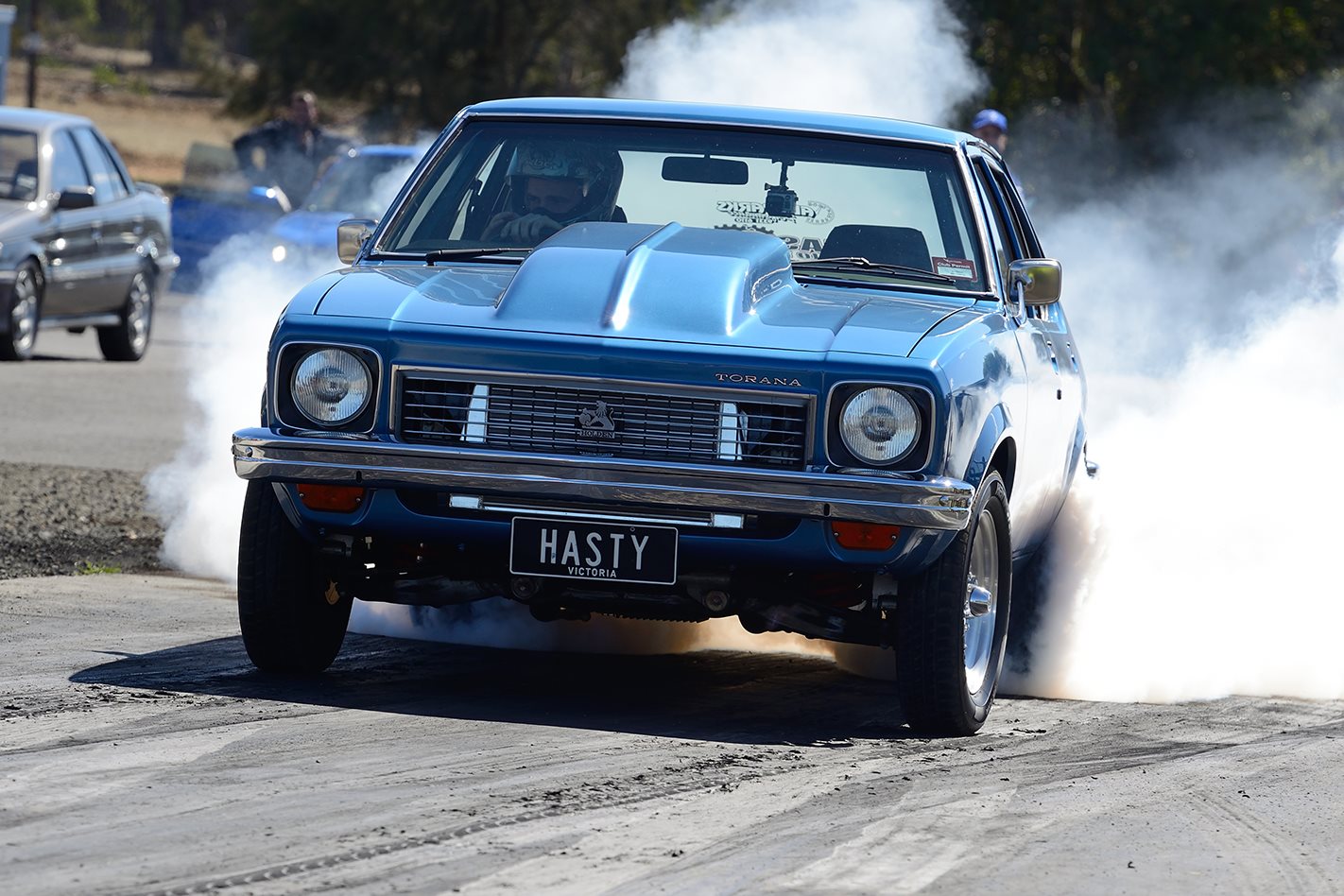 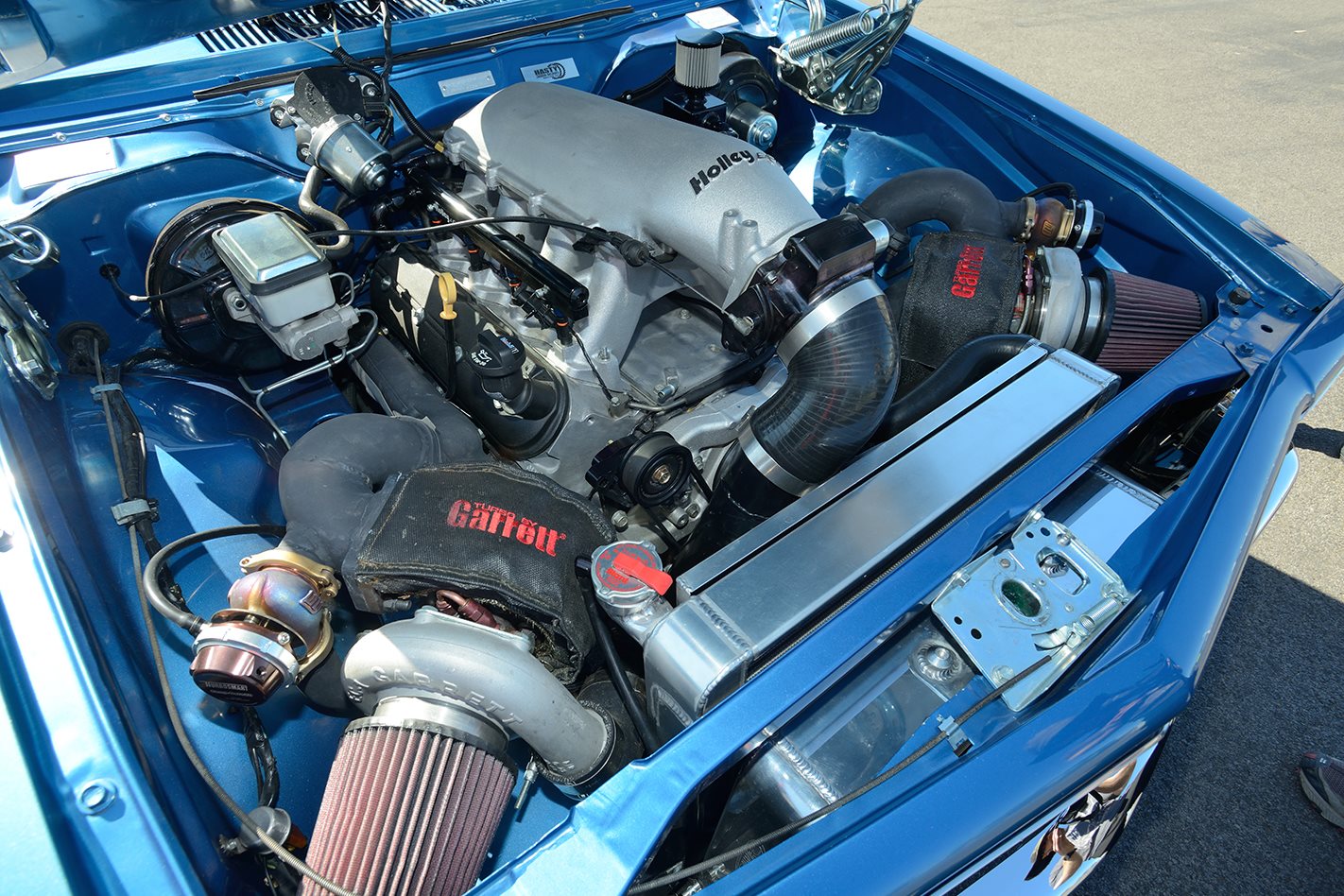 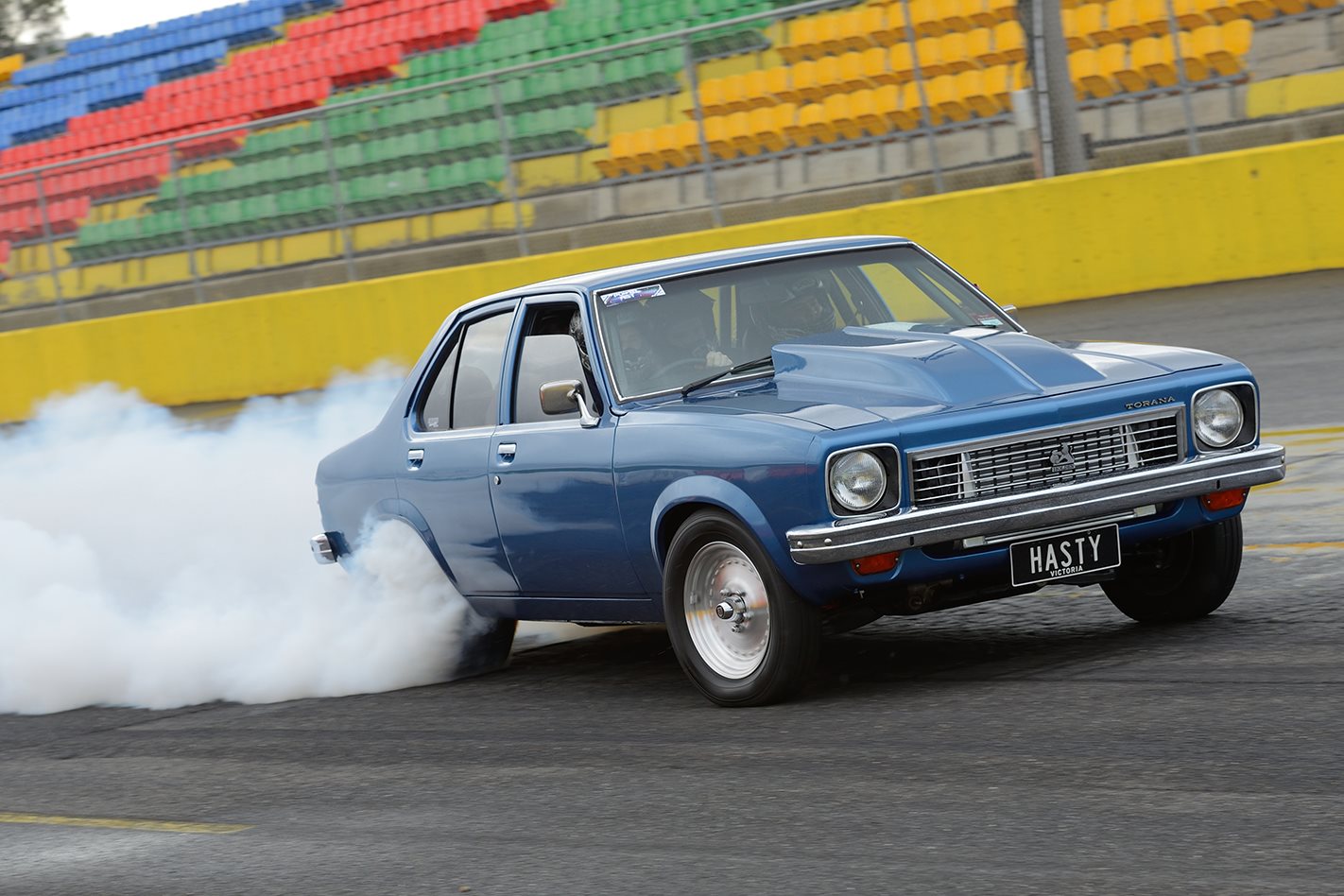 1 / 6 Luke’s Torana made a big impression at the King Of The Streets meeting, pulling a best of 9.53 seconds, with more to come