THE AC Cobra shape has long been the source of some awesome kit cars; the contours are timeless and the power, whether of the Ford or GM variety, is usually brutal. But there are a lot of them out there, and Queenslander Troy Hansen wanted something a bit different. 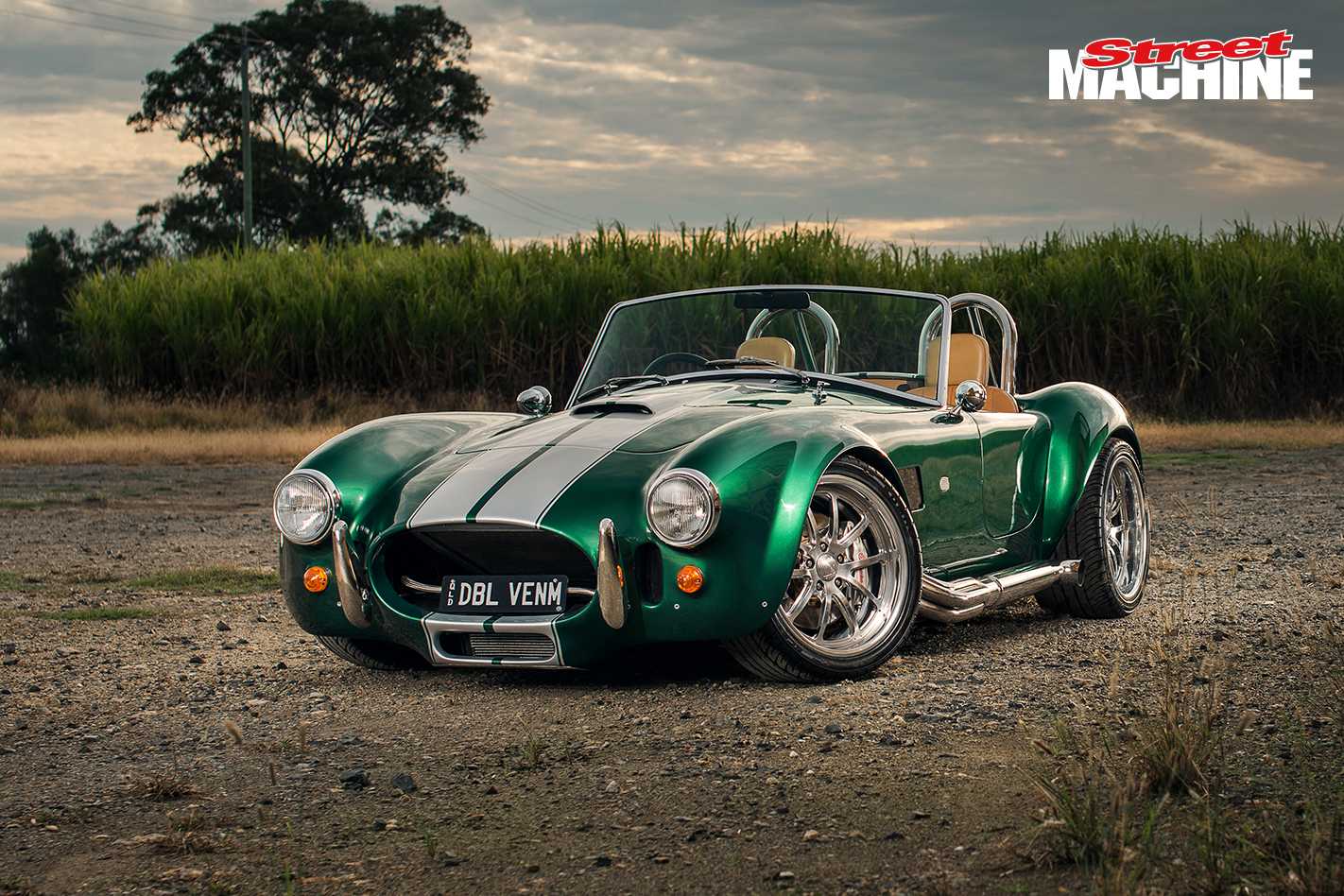 Given legendary auto designer Carroll Shelby was deeply involved in not only the original AC Cobra two-seater roadster from the early 60s, but also the Cobra-influenced Dodge Viper (first produced in 1992), it seemed reasonable for Troy to combine the two.

Sourcing a current-spec 8.4-litre Viper V10 was the first hurdle; written-off fourth-gen Vipers aren’t exactly thick on the ground just yet, and Troy found that most vendors were asking drug money for good units. He eventually got onto a mob in Michigan – specialist Viper wreckers no less – who were breaking down a non-repairable write-off. 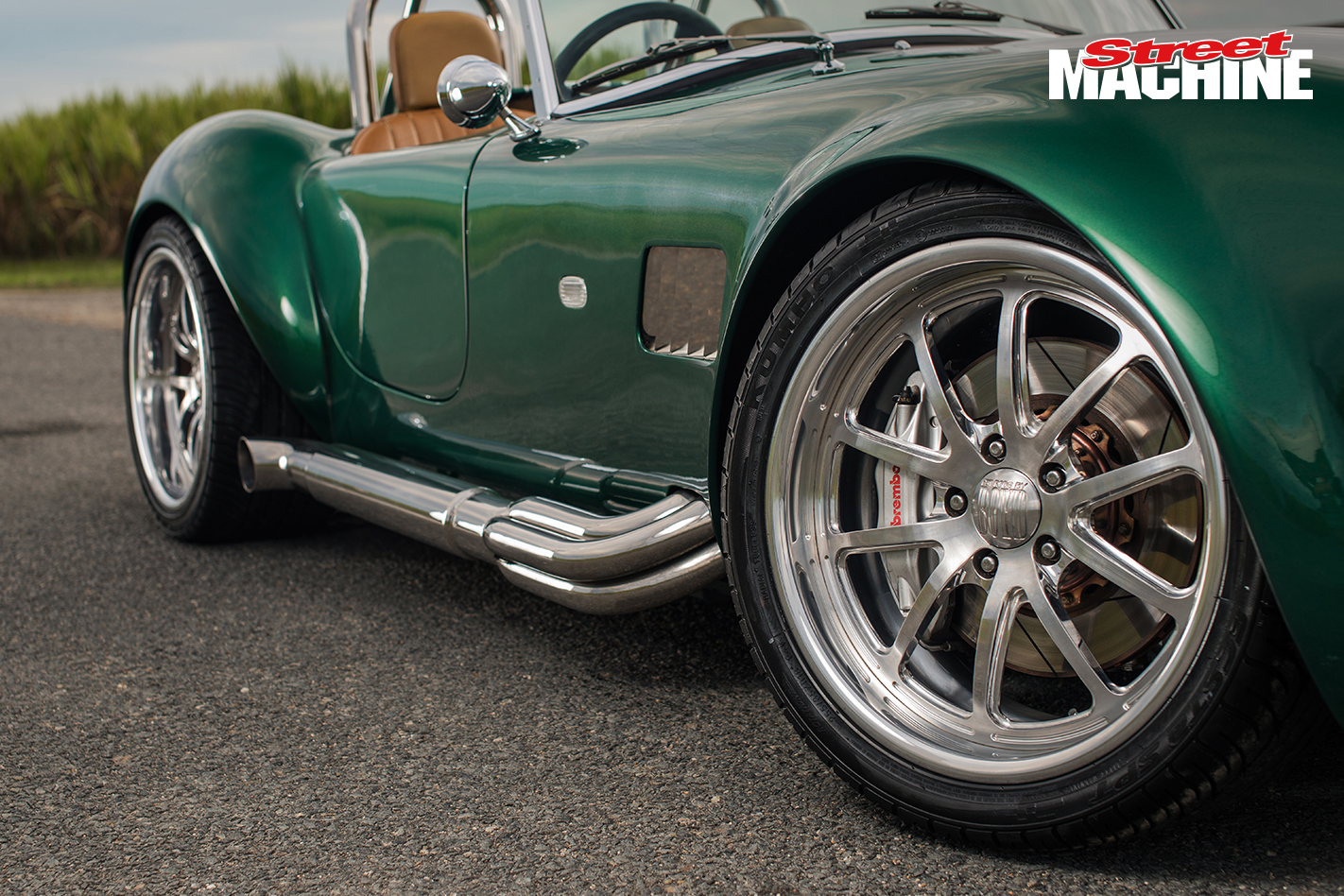 They were more than happy to plonk the donk in a crate and send it down to Australia, along with the Tremec T6060 manual transmission, wiring loom and pedal box; everything you’d need to plug and play – or so Troy thought.

“We wanted to get it running on the bench first while the body came together,” Troy explains, “but it was just roadblock after roadblock. The engine, gearbox, body, dash and BCM modules were all ignoring each other.” 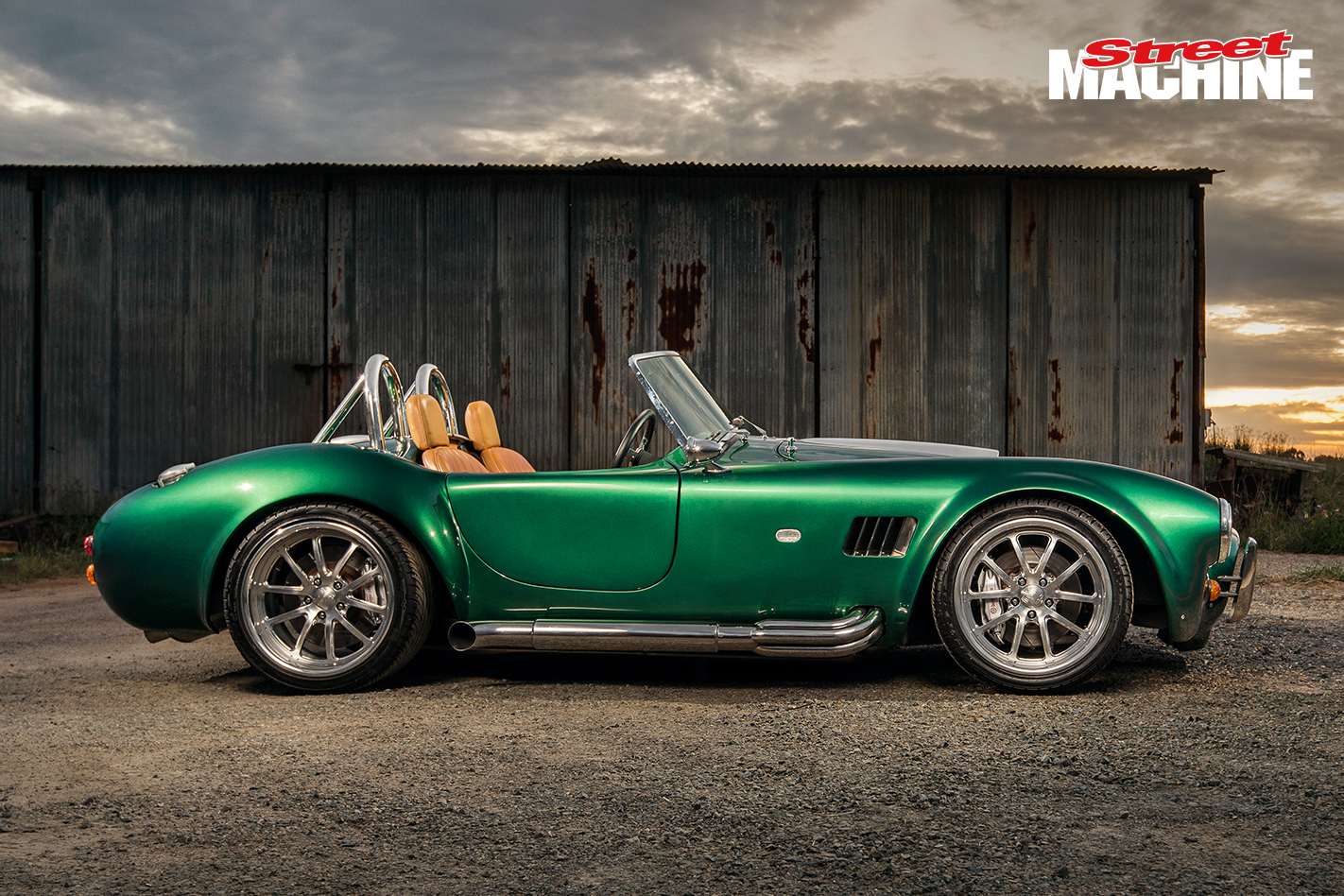 Like any modern car, the Viper uses a ‘Controller Area Network’ (CAN) to minimise wiring. “I’m no CAN bus expert; all I know is it’s a pain in the arse!” Troy winces.

Fortunately, Cobra guru Scott Hampson, proprietor of Venom Custom Fabrications, eventually succeeded in getting the V10 to fire up – by fooling it into thinking it was still in a Viper. “I was at the point where I was ready to give up and drop a Chev in it,” Troy says. “I think that gave Scotty the inspiration to throw everything he had at the car. He even had to connect up the battery temperature sender unit to make it happy.” 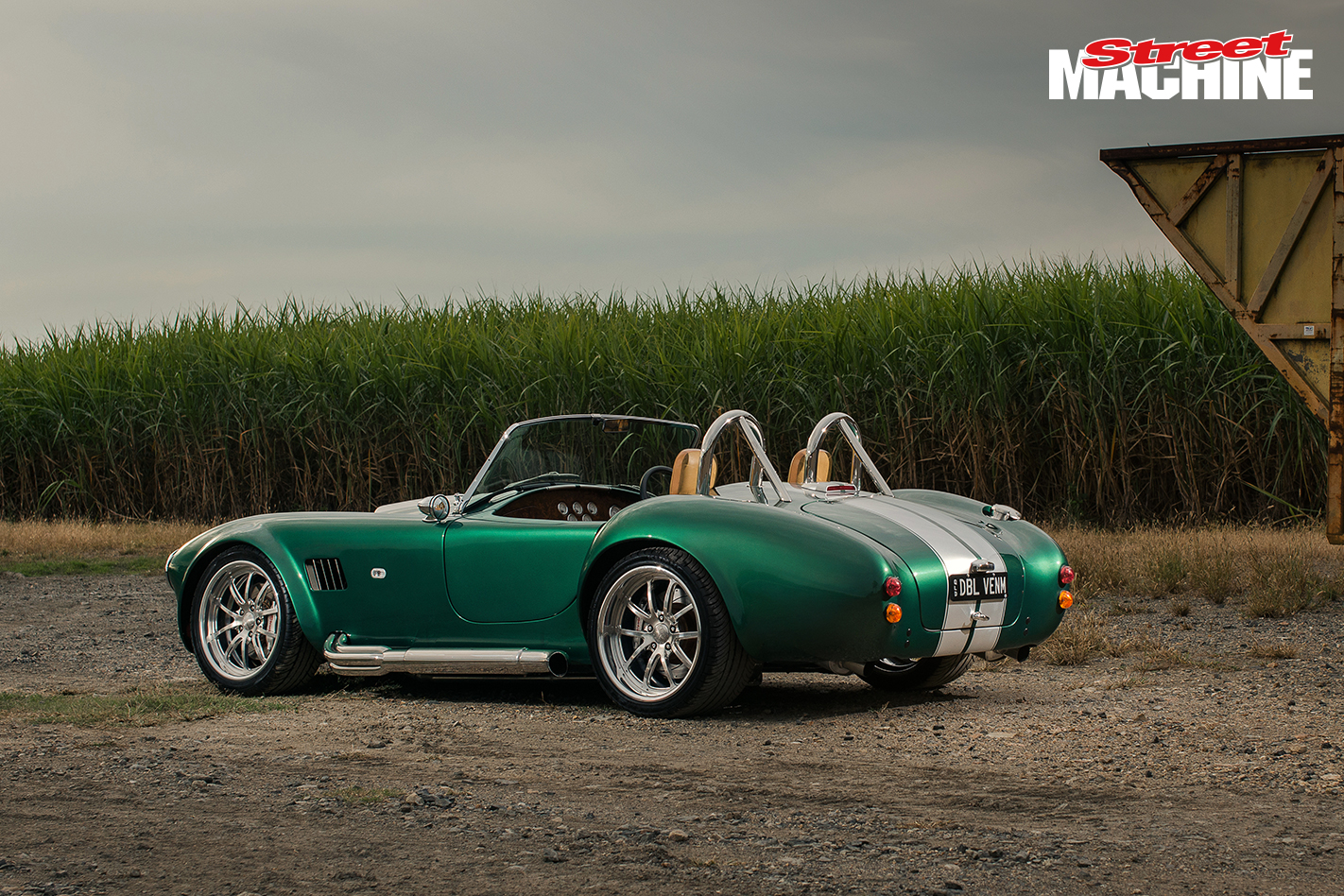 Getting an 8.4-litre Viper motor to fire up is one thing; inserting it into a small British sports car is something else again. But Scott had just the kit for Troy – an unfinished Replica Motor Company (RMC) Cobra project that was constructed from the outset to accommodate a big-block. 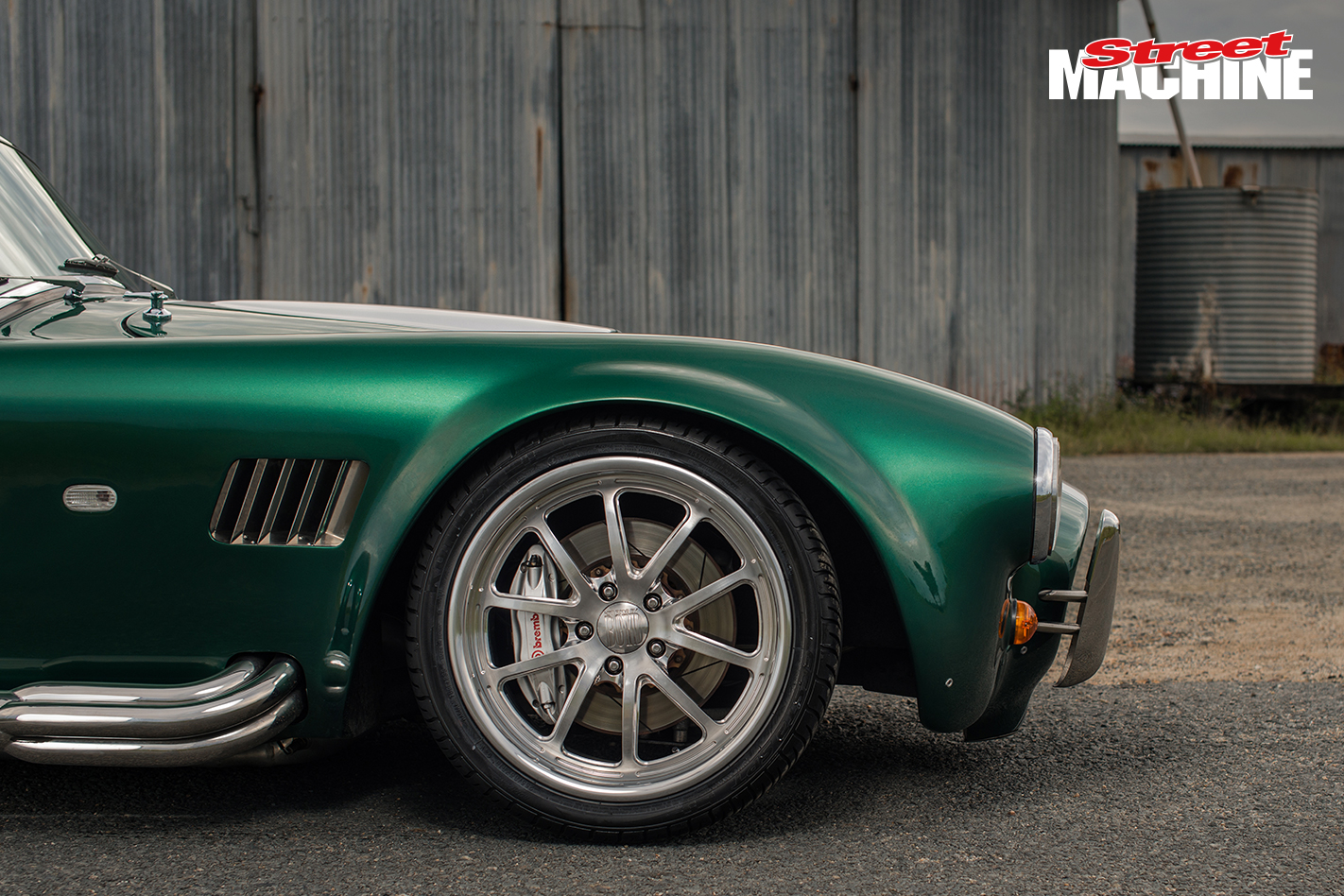 It took some massaging to fit the V10 in the engine bay, but mostly of the engine itself rather than the car. Careful modifications were made to the hydroformed titanium headers, while ancillaries like the air con and power steering were ditched altogether. “The steering’s a bit heavy,” Troy admits, “but how much time do you spend parking?” 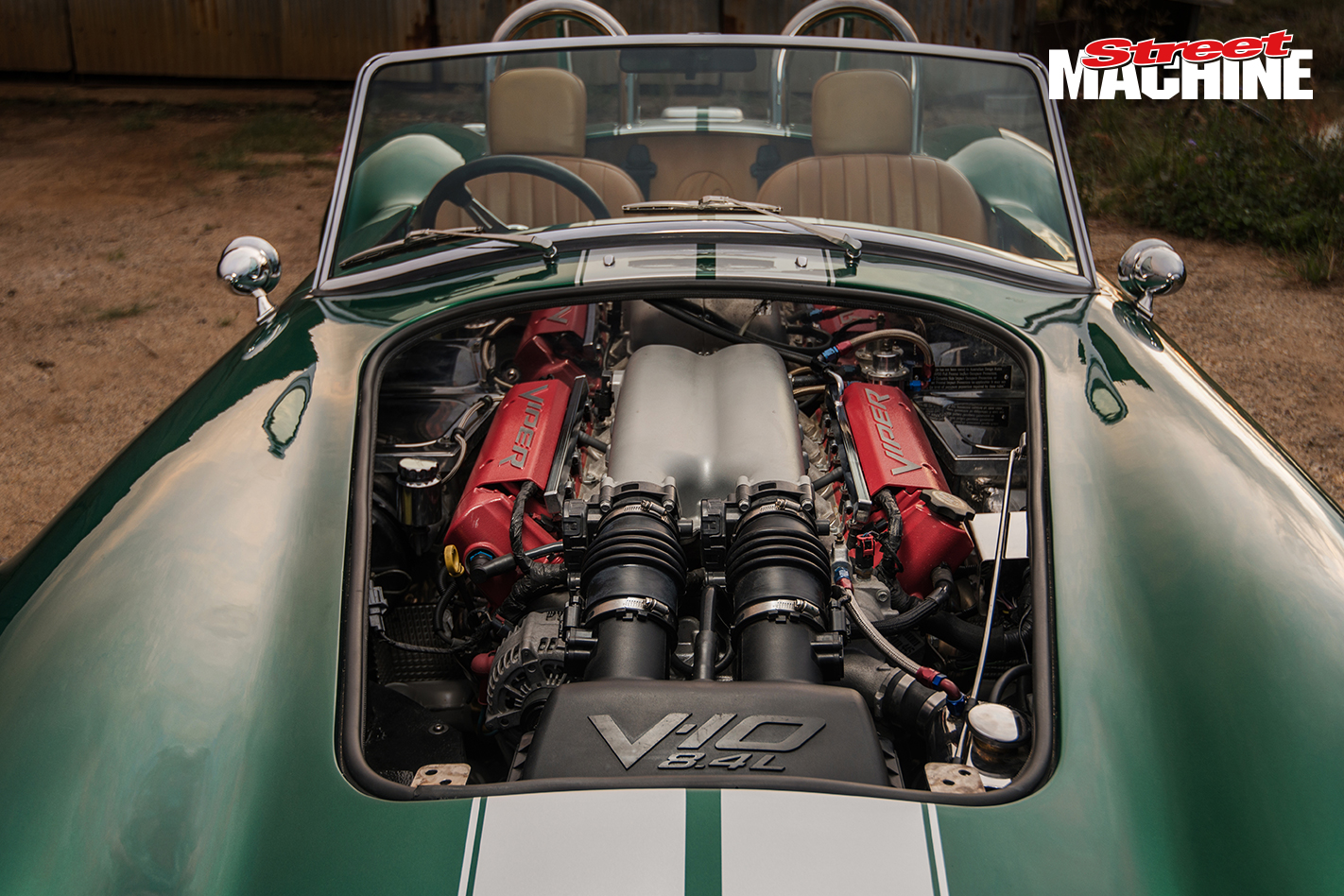 In the end, the Cobra’s engine bay swallowed the Viper motor whole. “We had to enlarge the trans tunnel for the Tremec, but the only body modification was to shave a poofteenth off the inner skin of the bonnet,” Troy says.

While he was more than happy to farm out the difficult jobs, Troy wasn’t totally hands-off. “I did a few bits and pieces – fitted the fuel tank and did some nut-and-bolt stuff,” he explains. “I’m not completely useless, but when it comes to fitting 511-cube engines to Cobras, I’m out of my league!” 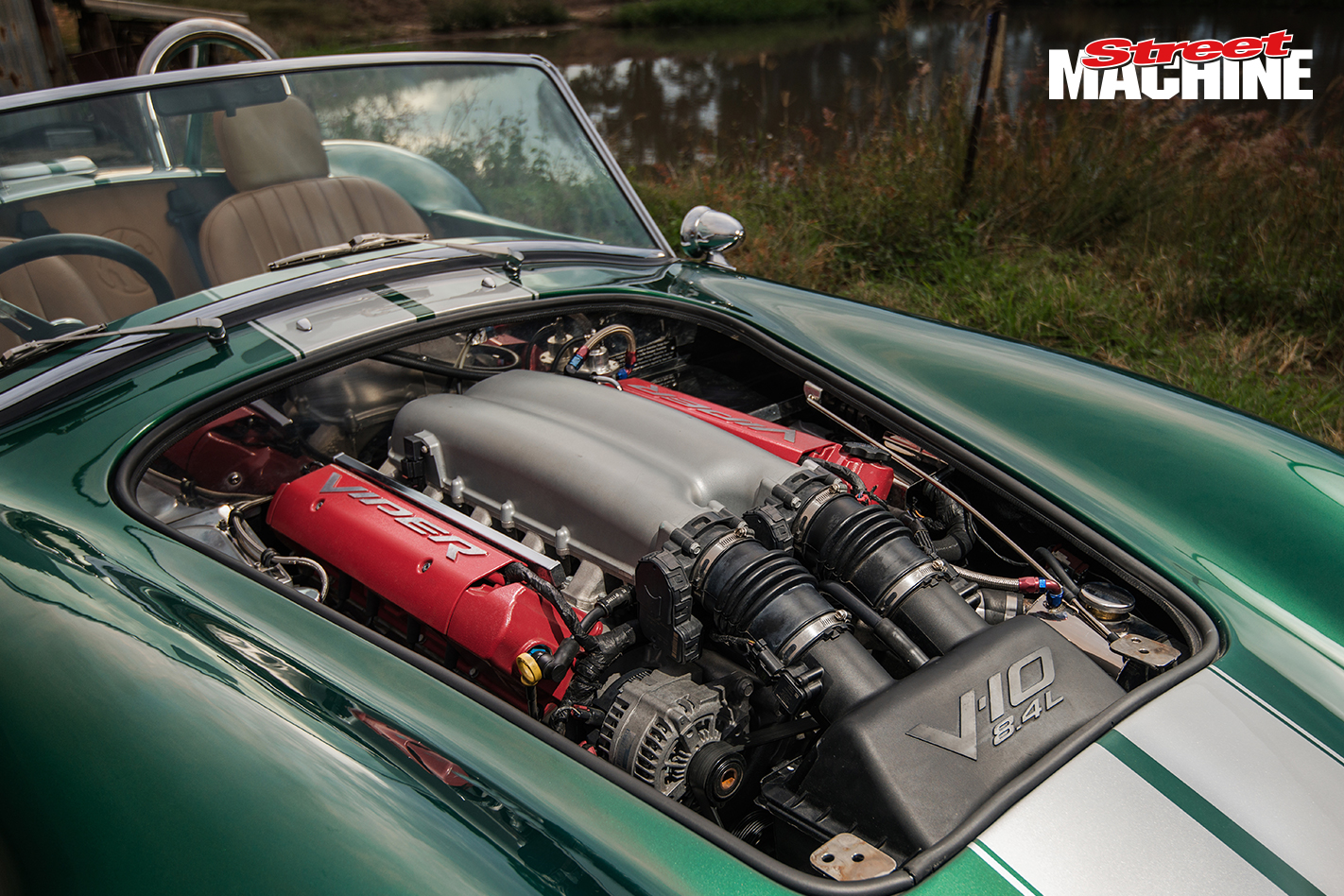 Everyone knows that a car pumping out bulk power ain’t worth a knob of goat’s cheese if it churns driveline parts to swarf with every kick of the go-pedal, so with one eye cast in the direction of the race track and another on the twisty mountain roads, Troy and Scotty decided to forego the Jaguar rear end endemic to Aussie Cobra replicas.

“It had to have the right ratio to sit on 1500rpm at 100km/h, just like the Viper,” Troy says. But what rear end to use? The 300ZX’s R230 differential is legendary amongst the Nissan boys; with a 230mm crown wheel it’s a shade bigger than a Ford nine-inch and at least as strong. Fitted with a 3.69:1 Kaaz two-way LSD that locks under both acceleration and deceleration, it’s more than ample to accept the Viper’s brute force. 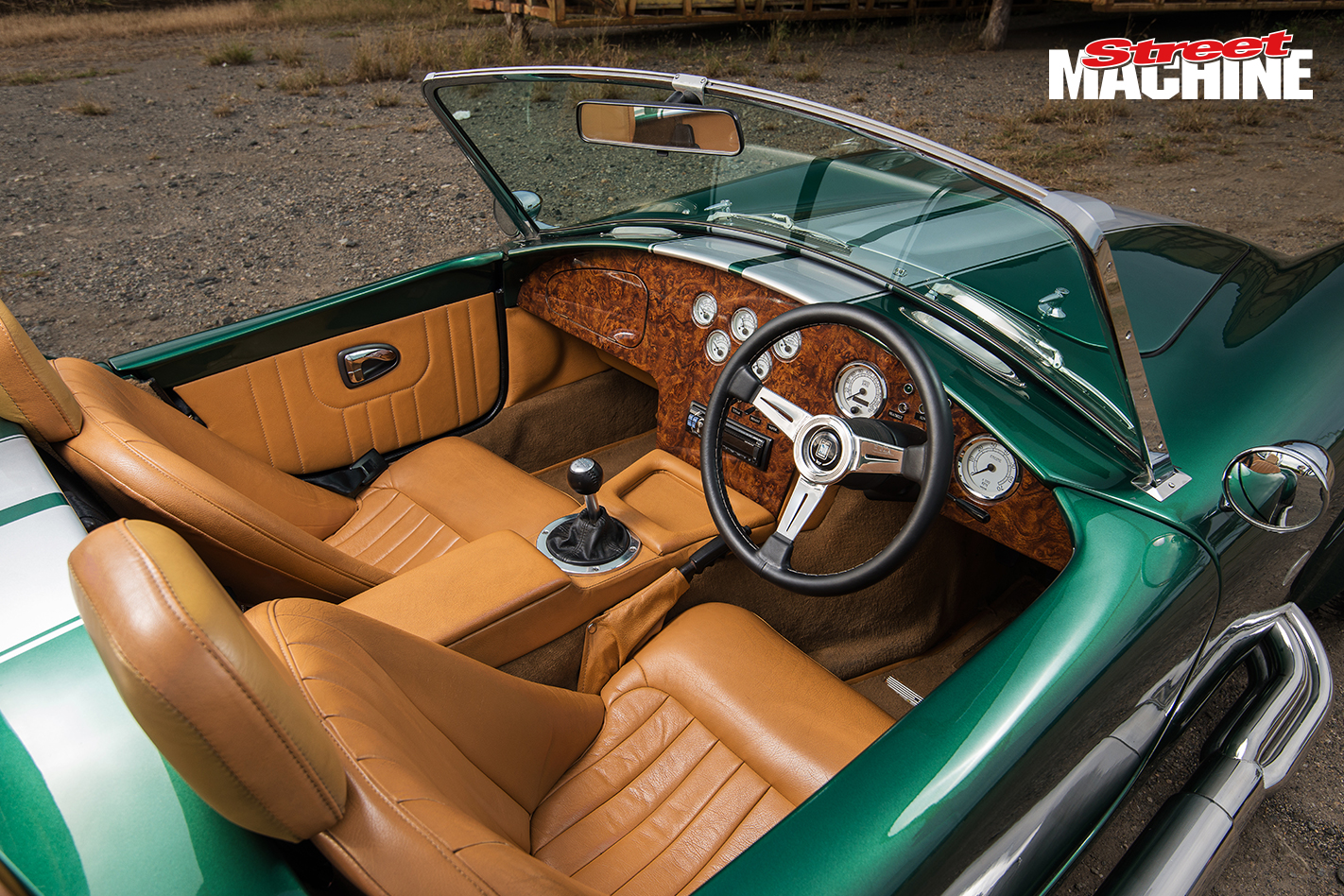 Since the car’s completion, Troy’s already hit up Morgan Park Raceway, Queensland Raceway and Wakefield Park in NSW. In the process, breaking one of the 33-spline axles while giving it full beanage!

But it’s not just for the track; Troy drives the wheels off it when he can, having put 6000 kays on it since getting it registered late last year. “It gives me the adrenalin shakes every time I drive it; it’s just that rapid.” 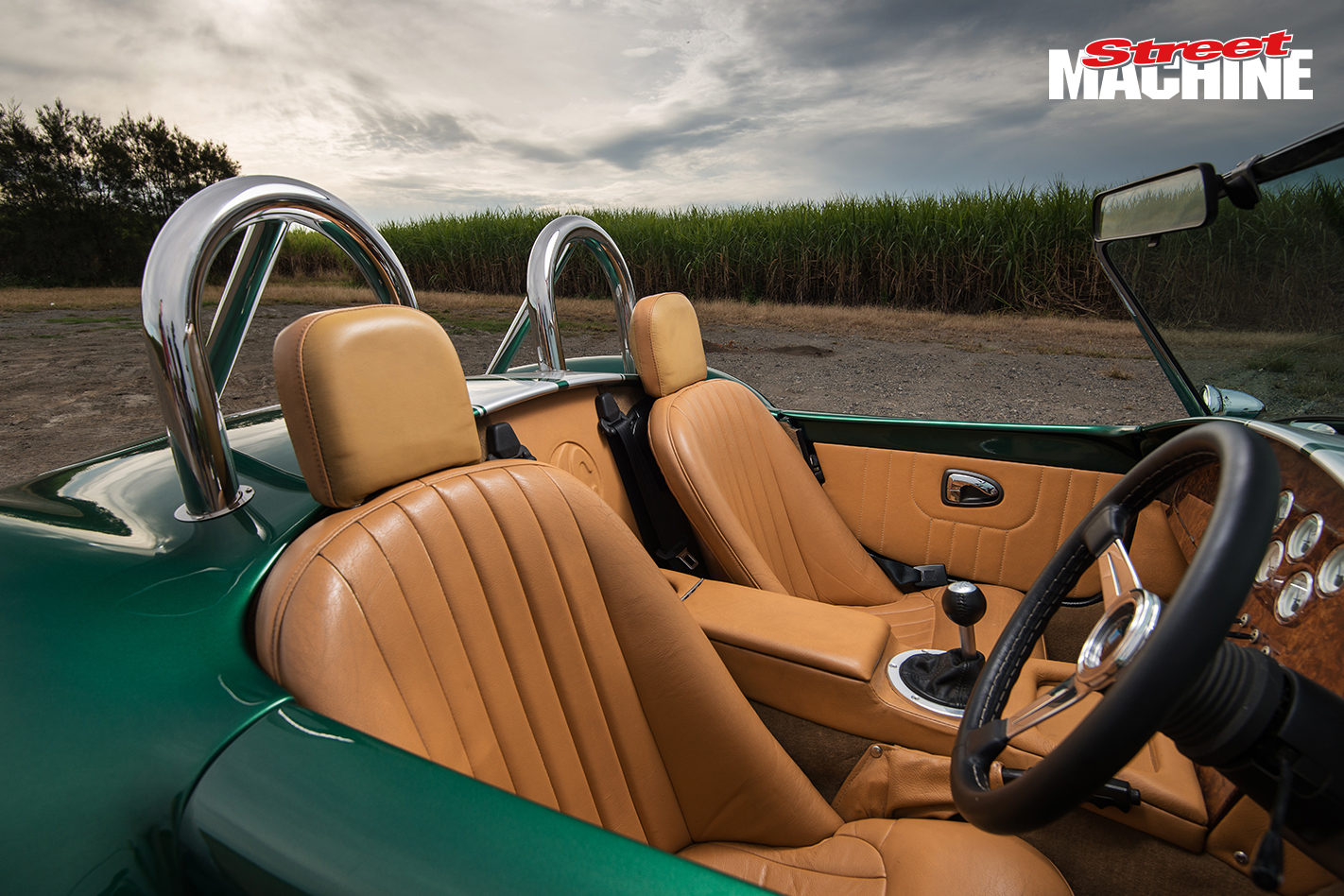 And therein lies the joy of Troy’s machine. “It’s well-mannered under 3000rpm, but past that threshold, the sound changes and it just goes,” he says. “At 100km/h in third gear, it will chuck you sideways if you mash it! You’ve got to show it respect.” 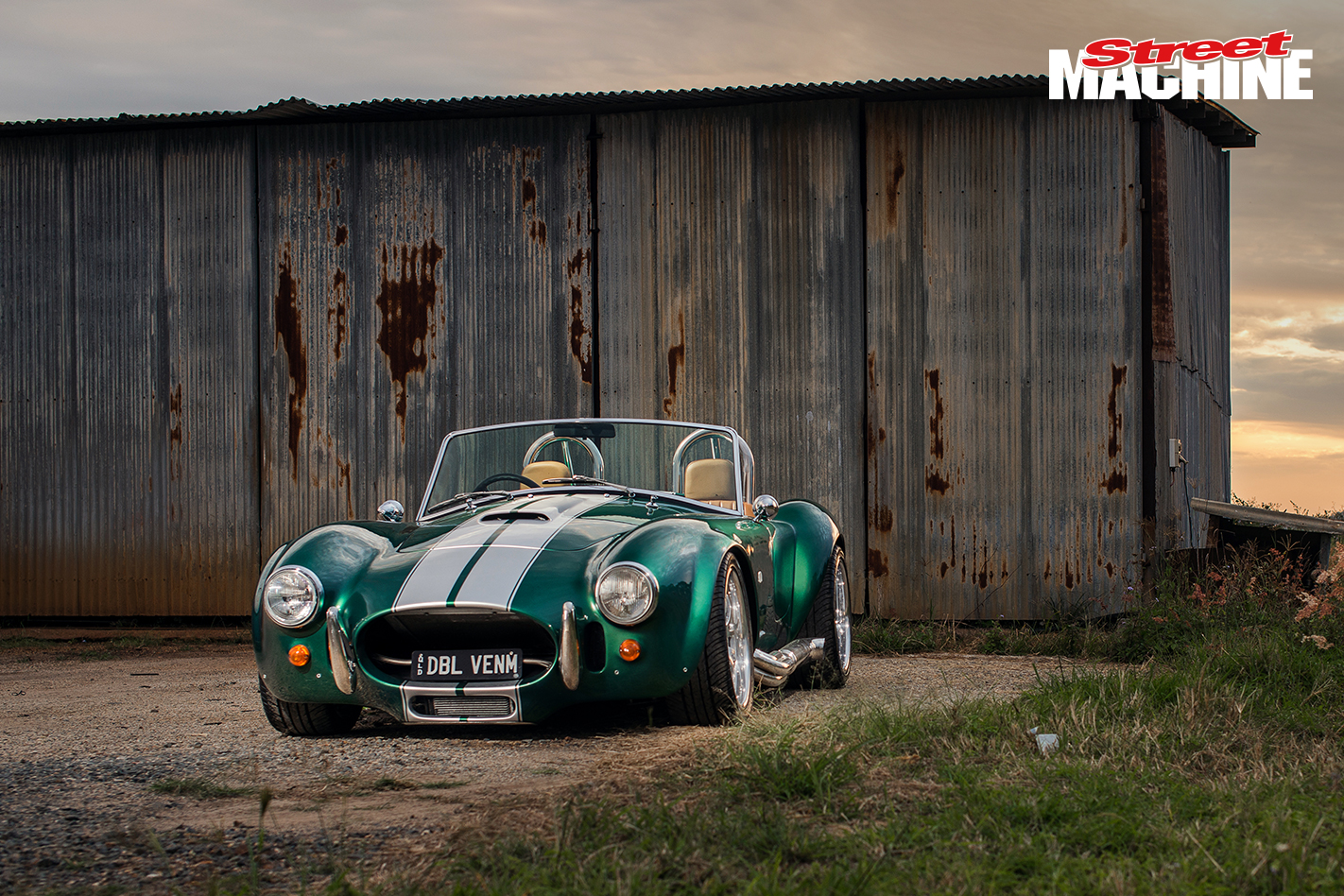 THANKS
Peter Wells for his body and paint work; Scott Hampson of Venom Custom Fabrications for piles of hard work and for being the first person in Australia to get a fourth-gen Viper motor working outside of a Viper! 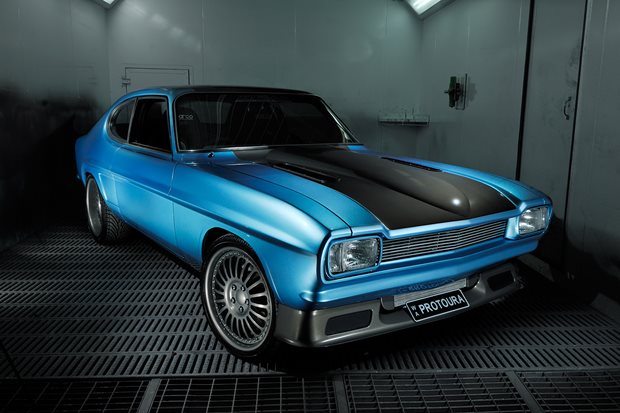 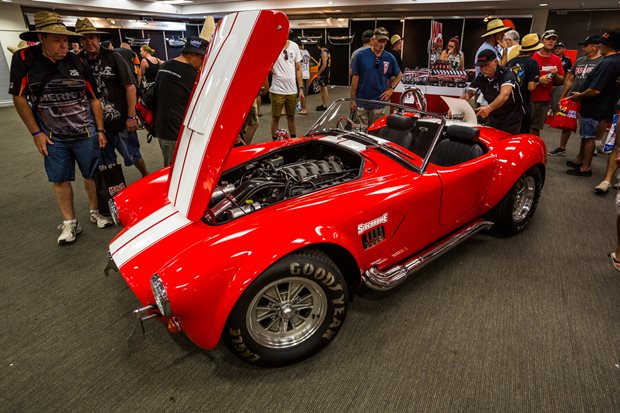 We take the finished Sidchrome Cobra for one last blast 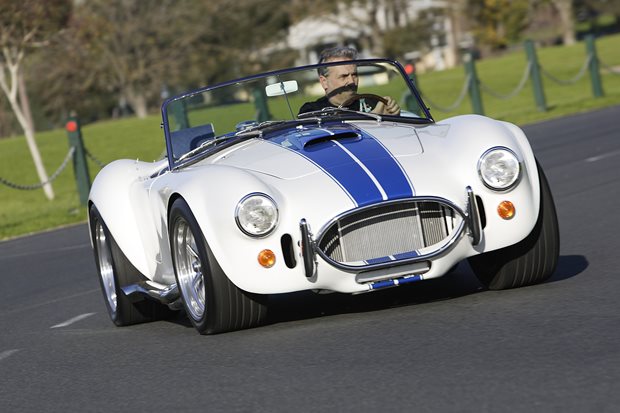