Harry Saban’s VK Commodore is a head turning Group C replica with a big twist sticking out of the bonnet.

This article was originally published in the December 2009 issue of Street Machine magazine.

THERE’S something about the 05 Brock/Perkins Group C VK race car that just screams: ‘Get outta my way!’ It’s little wonder then, that at Mount Panorama one October weekend back in 1984, that’s exactly what everyone did. The car stormed to victory, immediately cementing itself as one of the most memorable Bathurst winners of all time. From the ultra-aggressive wide-body stance to the massive rubber, the gleaming Day-Glo orange paint and the bold Marlboro livery, the car’s presence on and off the track is enduring. It certainly was for Bathurst lad Harry Saban. 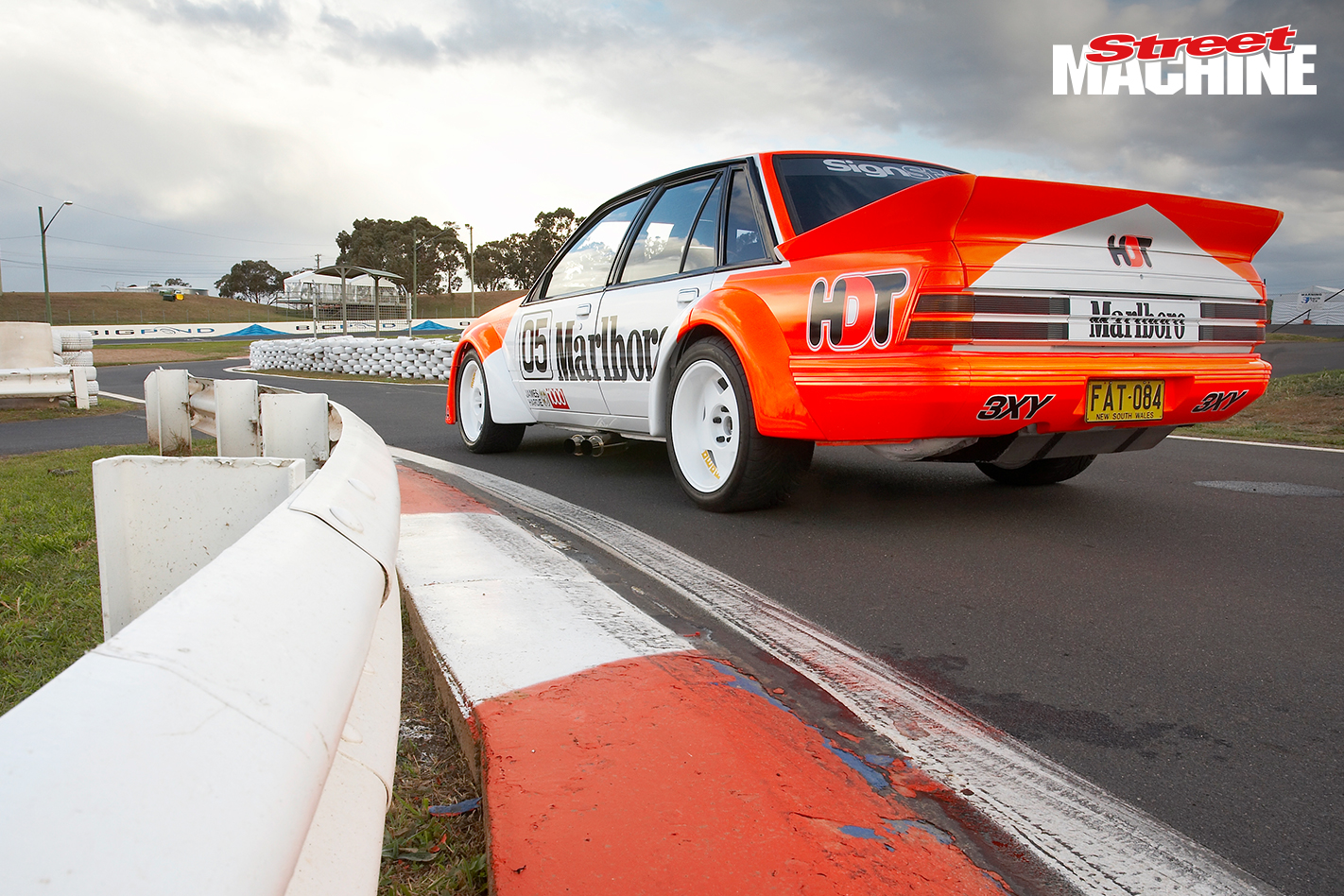 “I’ve lived in Bathurst most of my life and have been a Brocky fan for as long as I can remember,” he says. “My earliest memory of him is when I was about 10 years old. I was at the local Pizza Hut and he came in, ordered a pizza and sat down next to me.

“There were a lot of fans asking for pictures and autographs and I remember him being a great sport about it. At about the same time my brother Jack had a Brock Commodore. It was the third one off the production line and looked and sounded like it came straight off the racetrack.” 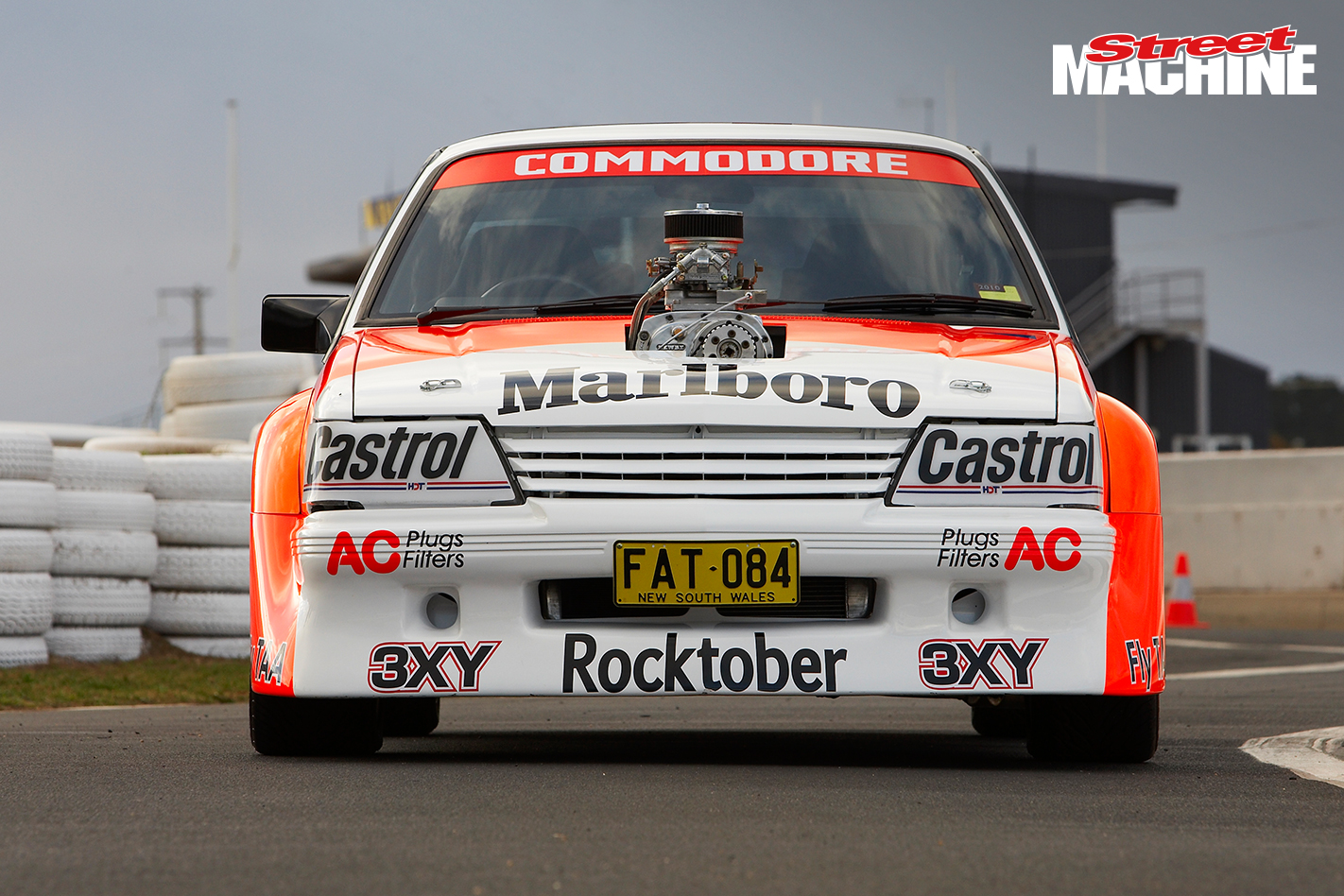 Interesting that he notes the track-bred sound — his own VK is a dead ringer for Brock’s ’84 Bathurst winner except for the blower nosing through the liveried bonnet. Always one to stand out from the crowd, back when this car was a stocker Harry decided to add twin turbos to the recipe — “Before it was cool!” After moving to Sydney, and still struggling to get it to run right with the twin hairdryers, Harry landed at Newby Engineering in Smithfield with the car. 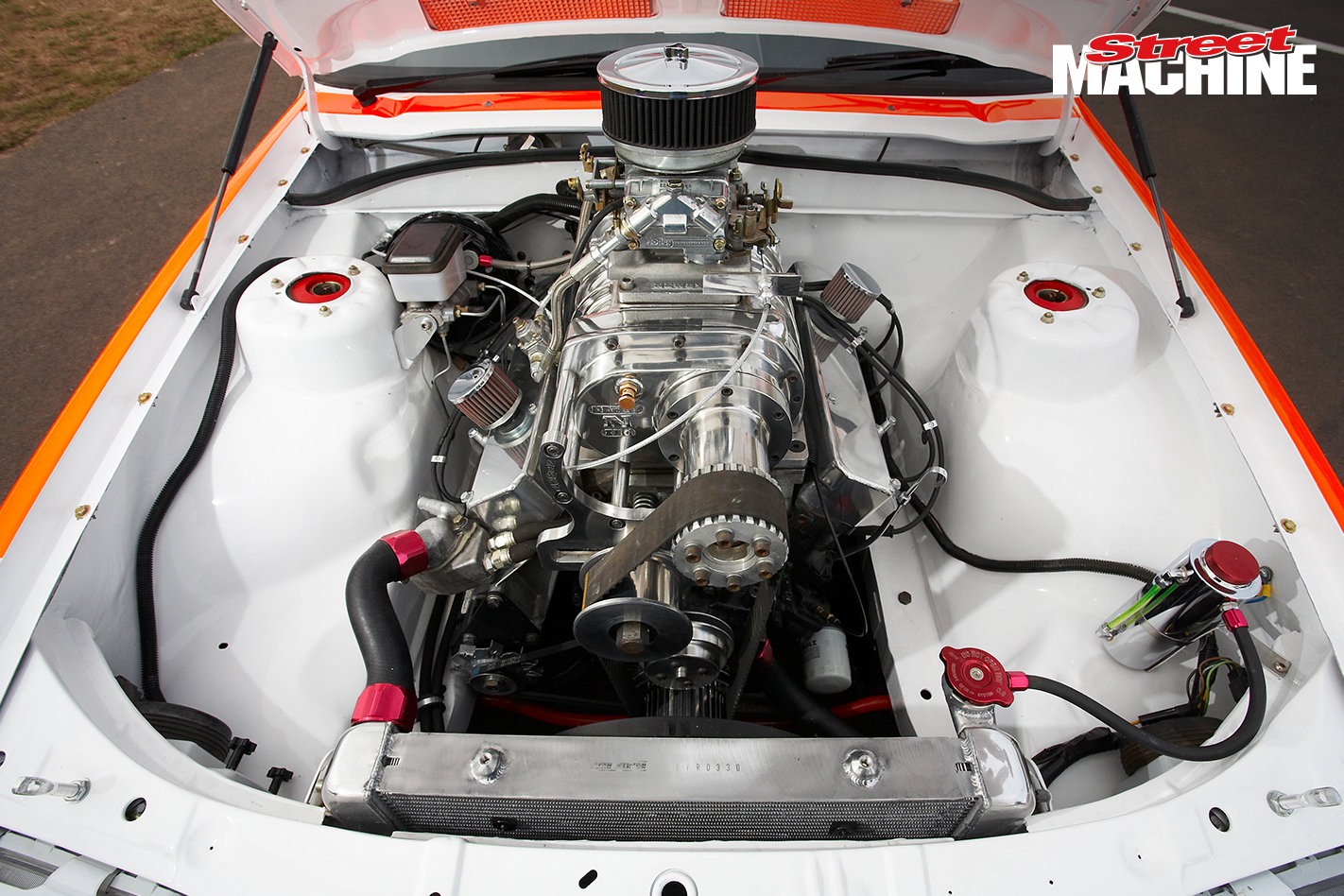 “I took it to Wayne to see if he could get the turbos sorted but he had a different idea and that’s when the decision was made to supercharge it.” Wayne’s well-known for his prowess with Roots-style blowers, and he assembled a suitably specced 336ci stroker V8 to which he bolted a Newby blower manifold and 4/71 pump. A tough but by no means exotic combo, the L34-headed Holden is based around an offset-ground standard crank, Chev rods and a set of Arias forgies, producing a healthy 430hp on the engine dyno. 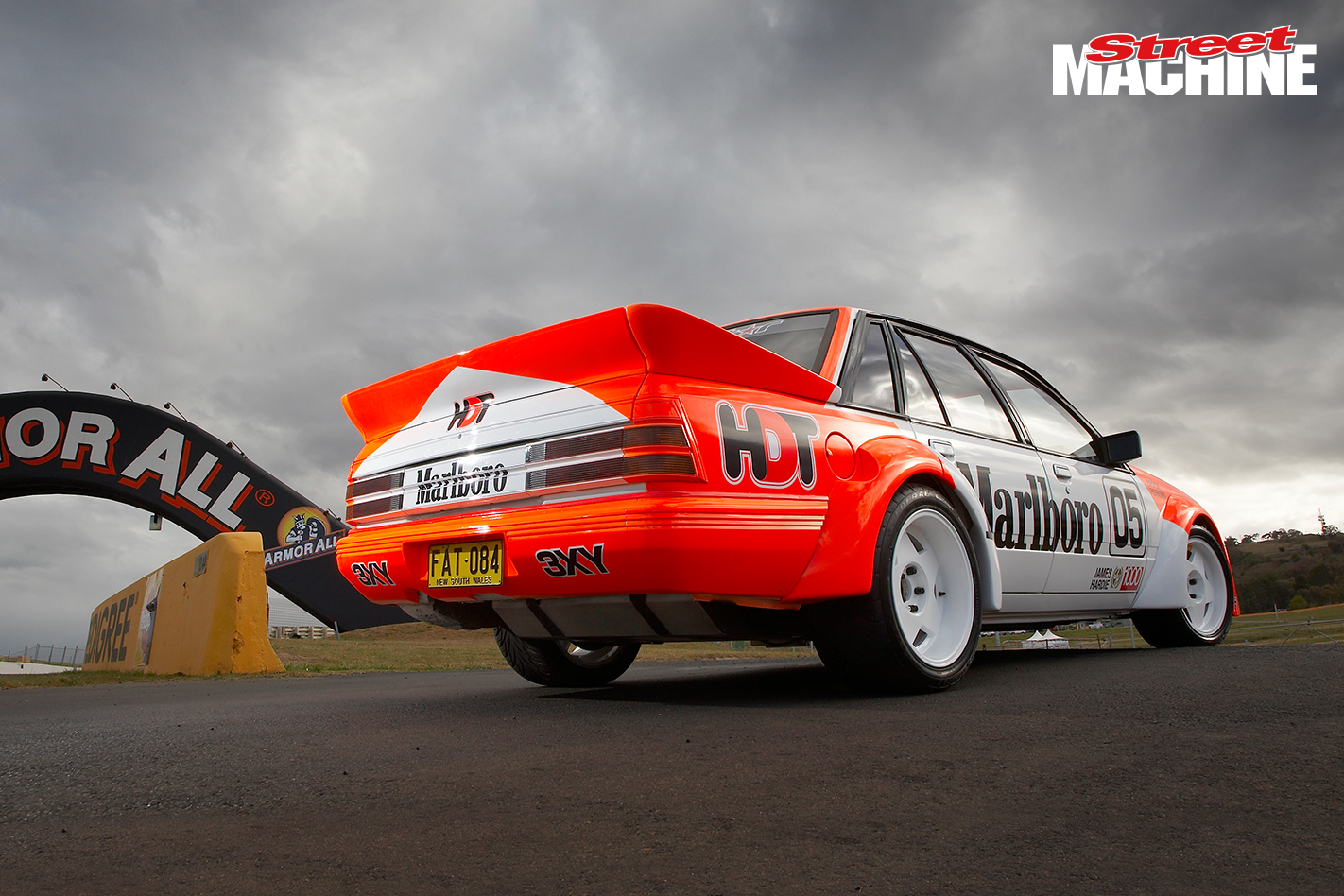 Soon after that Harry moved back to Bathurst, got hitched and began to think about the next step for the VK. “We used the car in the wedding, then I took it off the road about a week after the honeymoon,” he says. That was 2004, 20 years after Brock’s win. 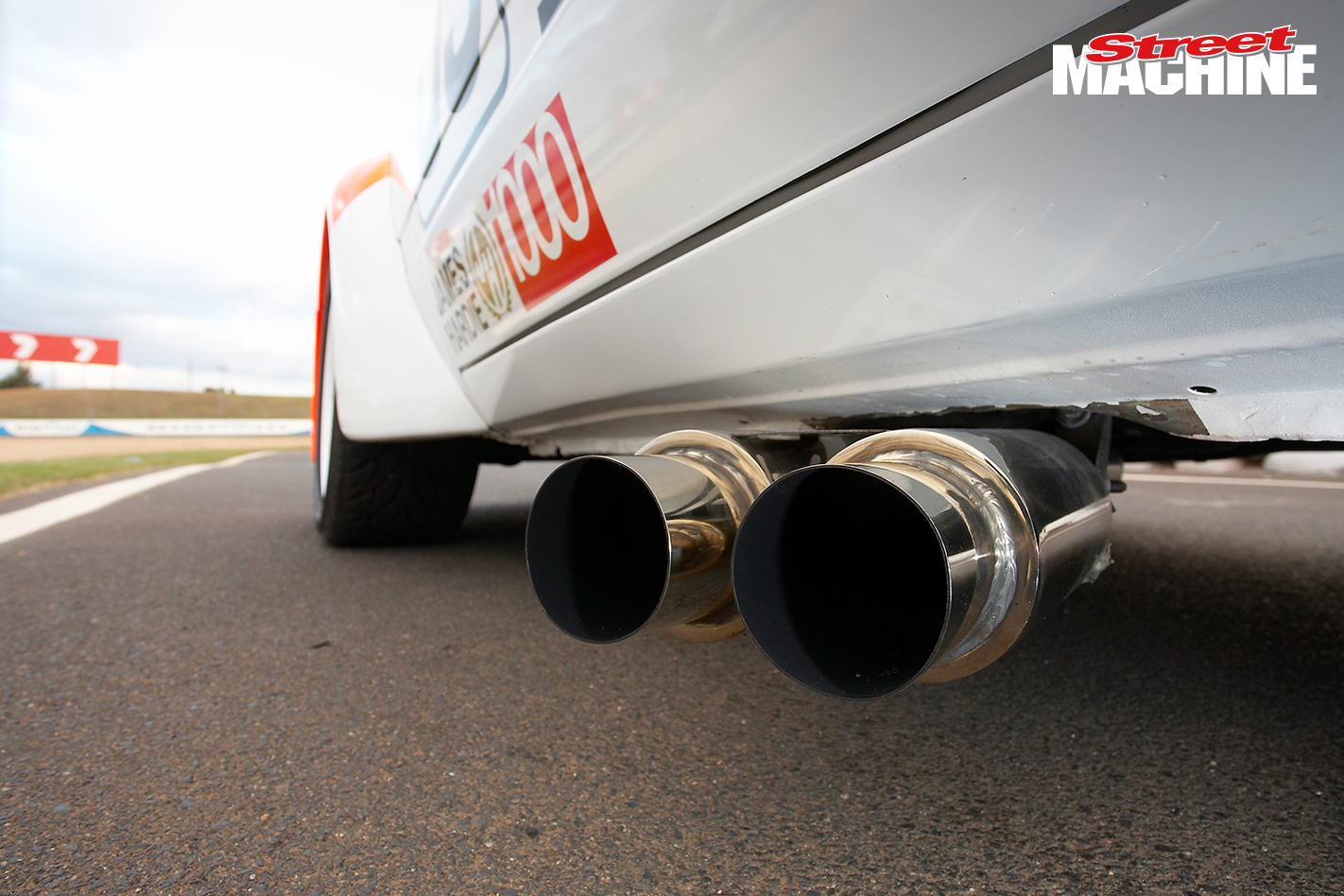 Completely stripping the car, he took it back to the metal and attacked the engine bay. A panel beater by trade, Harry lovingly smoothed the strut towers, rails and firewall, filled all the holes, then spent 12 months trying to locate a genuine HDT Group C body kit for the Brock-inspired build. Eventually he got a brand new kit from HDT, back when Sid Pennisi owned it. Sid didn’t want to punch out any more because he didn’t want every Tom, Dick and — ahem — Harry building replicas. But Harry hassled him until he caved in and made just one more kit from the genuine original moulds. The Borbet race wheels were also tough to track down but they’re an essential part of the look. Harry found his through a mate in the circuit racing world. Measuring up at 17x8 up front and 17x10 at the rear, the wheel arches had to be cut away so the rims and flares would fit. The rear right-hand flare had to be modified so the fuel flap would work. 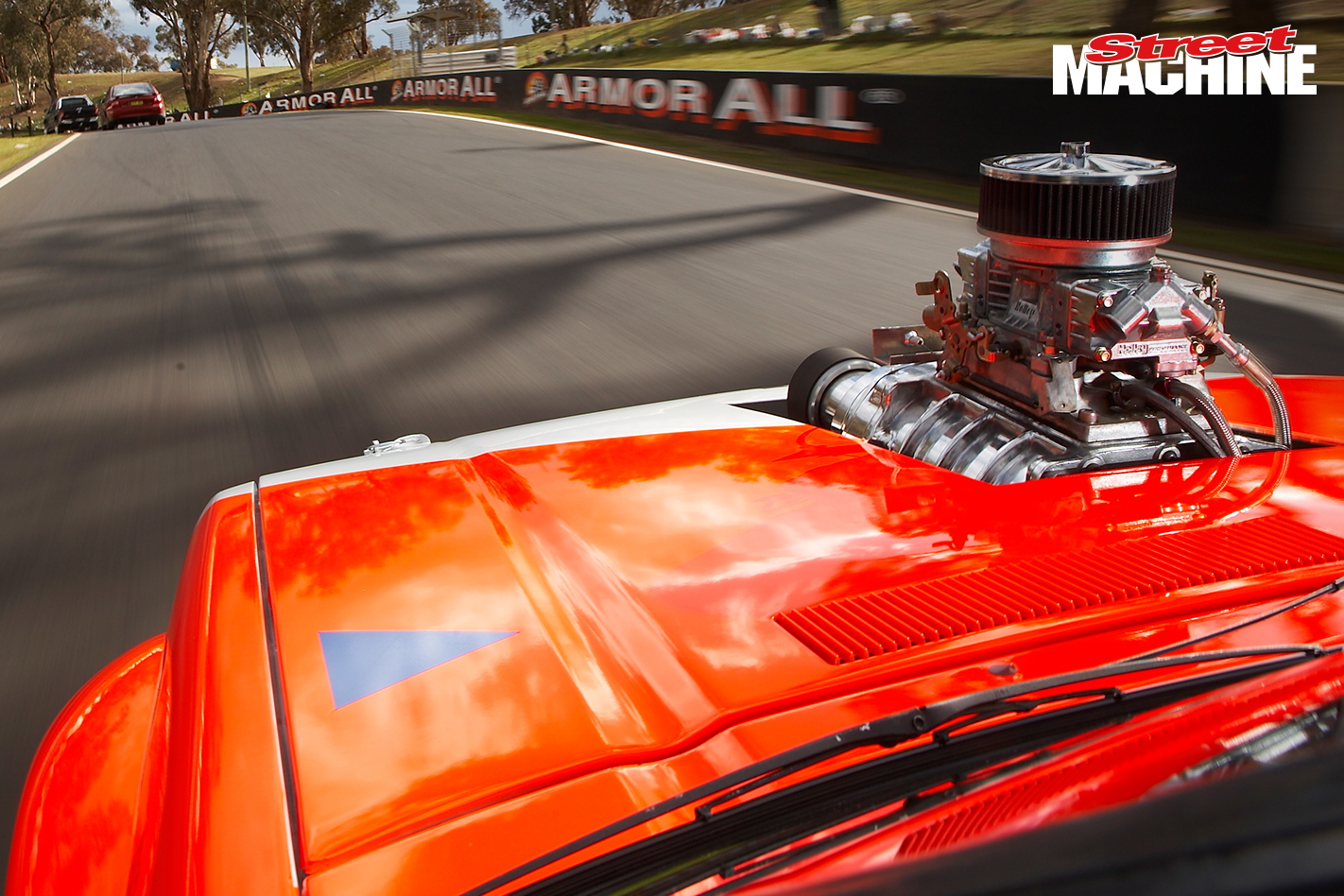 With the car in its primer underpants, it was time to find the perfect Day-Glo orange coat. Conveniently, the original ’84 Bathurst-winning VK is housed at the National Motor Racing Museum at the foot of Mount Panorama and just a short drive from Harry’s house. “After plenty of trips to the museum, I hit on the correct paint colour!” he says. 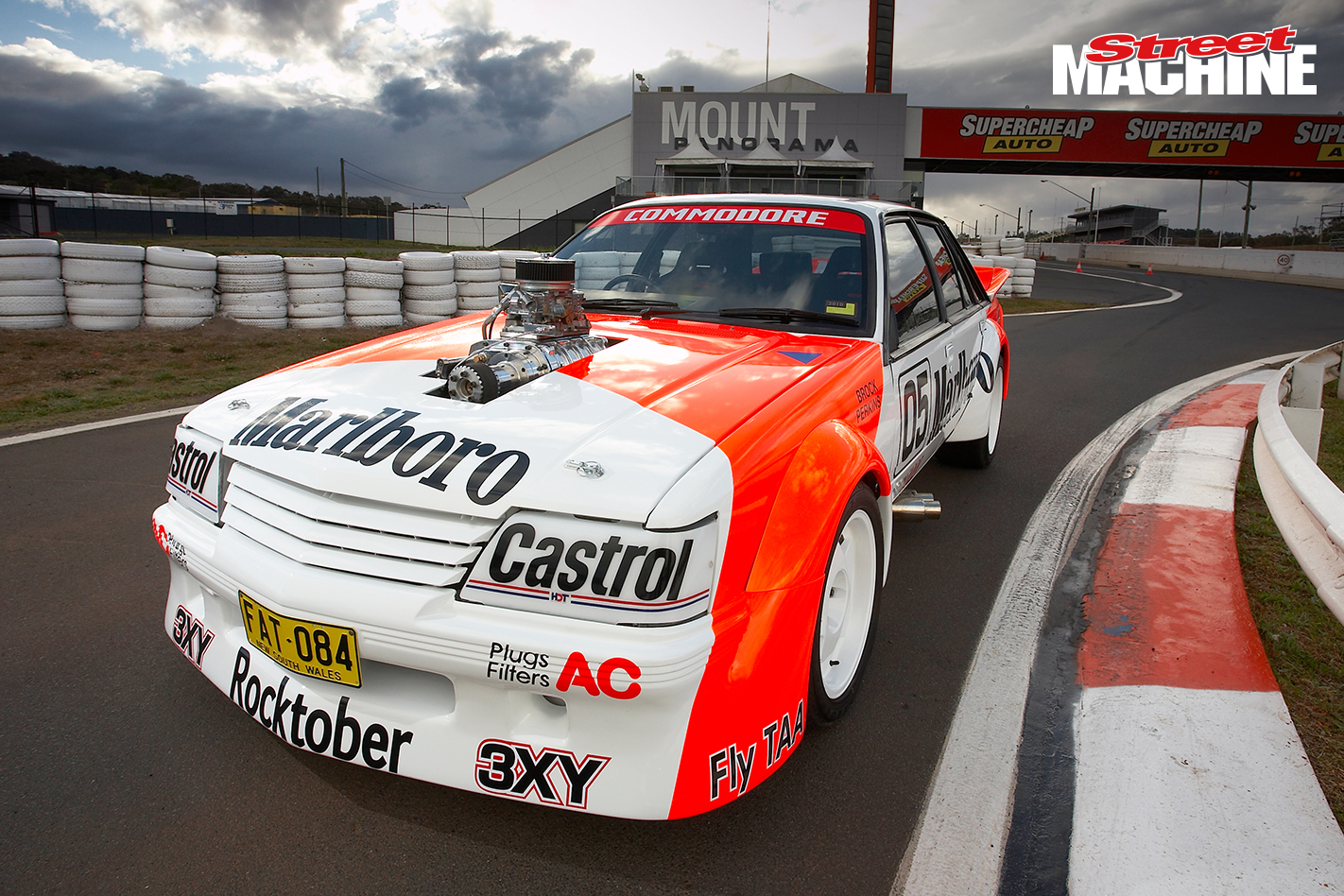 By 2008 the car was painted but still unfinished when Harry received an invitation to take part in a parade lap around Mount Panorama at the Bathurst 1000, to celebrate 30 years of the Commodore and 60 years of Holden. The offer was simply too good to refuse, and suddenly his own race to the Bathurst chequered flag was on. 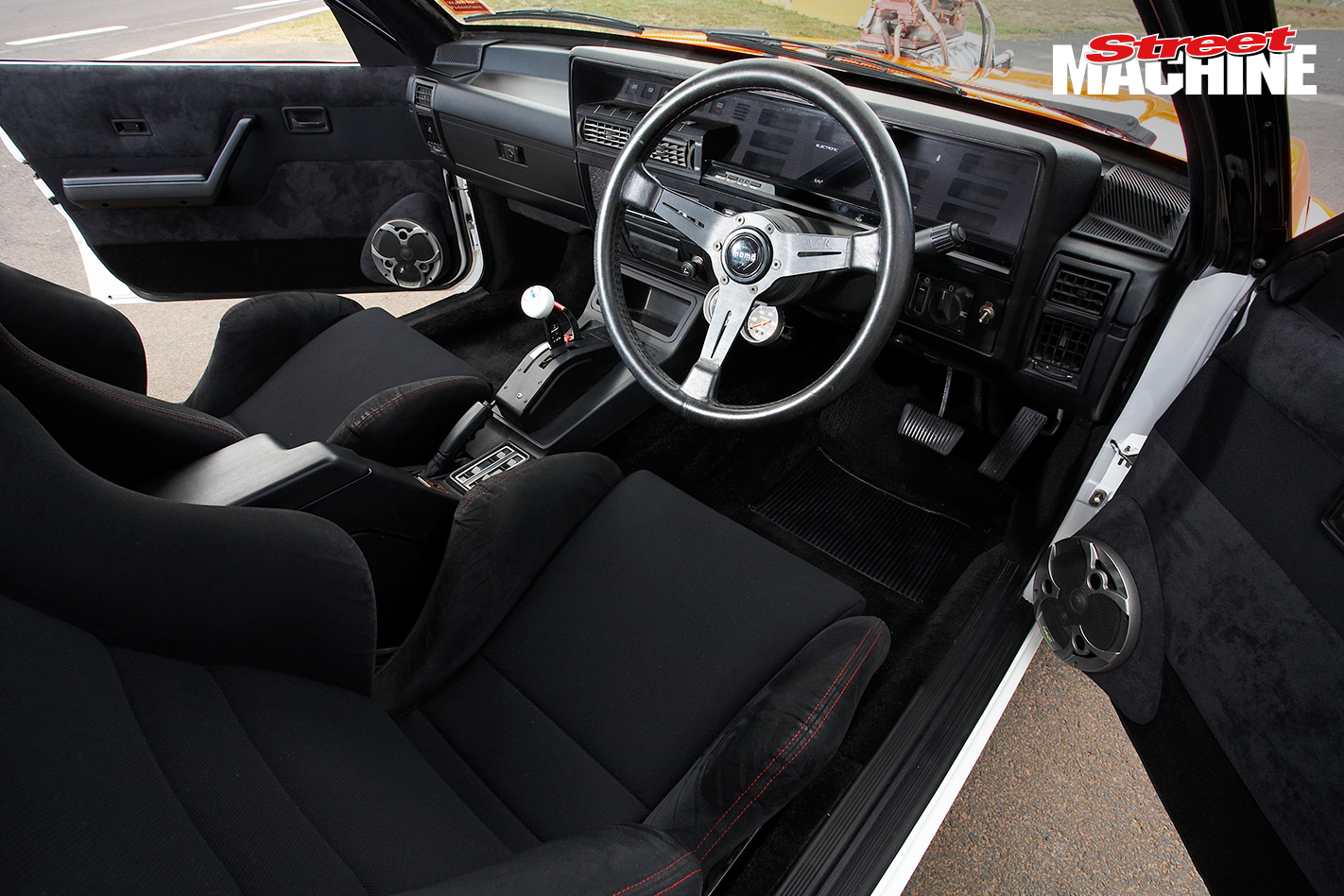 “I contacted Tim at Signstar to organise all the decals but I hadn’t started on the interior and I was having some problems with the gearbox,” he says. “I wanted to keep the interior simple so as not to take away from the exterior, so I got some Recaro front seats to give it the race look and had the rest of the interior retrimmed in black suede to match. Thankfully it all went well and the car was finished in time.”  What better way to celebrate finishing a Brock Bathurst replica than a lap around Mount Panorama on race day? 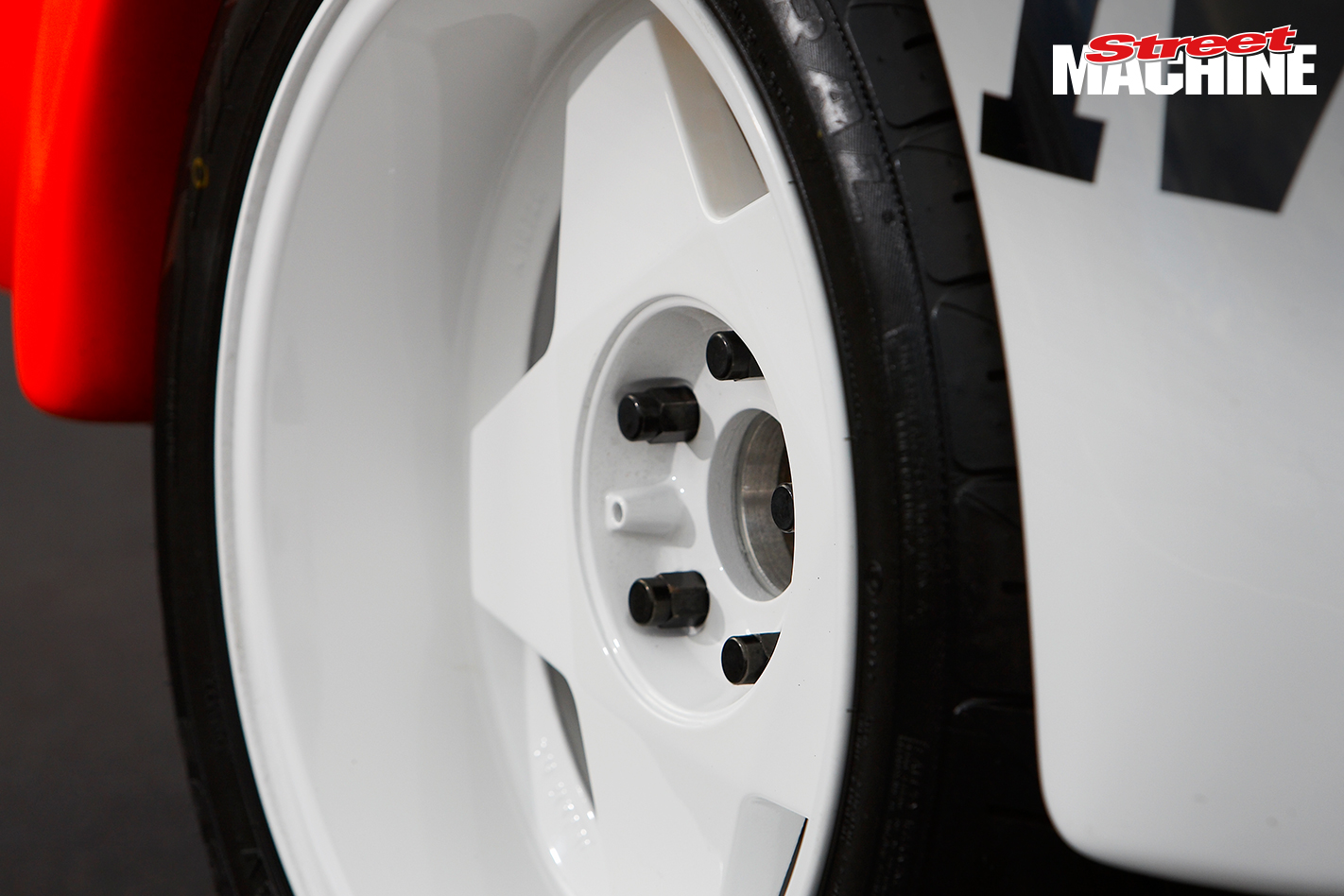 Since then, Harry says he’s done nothing more than drive and enjoy the car. We wouldn’t mind betting that it sees the odd Sunday lap around Mount Panorama. “I’ve gained a great deal of satisfaction out of seeing this project finally come together. Every time I take the car out, the looks on people’s faces are priceless. I even get people pulling me up to take photos and ask questions.”