WHILE up in Alice Springs for Red CentreNATS earlier this month we were stunned to see a Street Machine cover car from 30 years ago – the June/July 1985 issue to be exact- on show and in remarkable condition for its age. All the hallmarks of a cutting-edge 80s streeter are still there – candy paint, lashings of chrome, flared guards, seven-inch American Racer mags and a turbocharged red motor six. 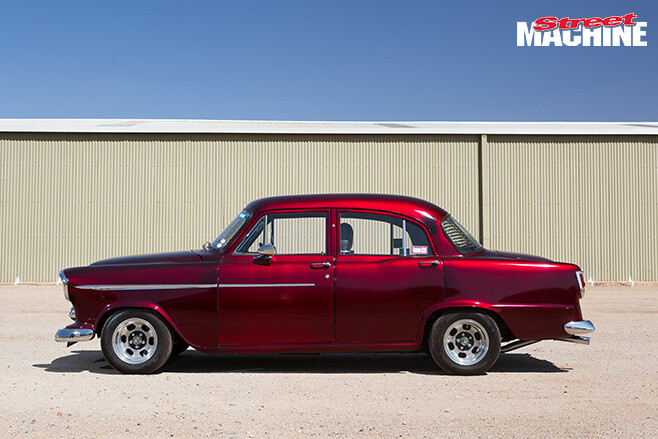 The car was built back in the day by owner Paul Falcone and his mate Joe Siskovic, but has been owned since 2012 by Jim and Judy Dowling of Tennant Creek in the Northern Territory. The car had previously spent some years up on the NSW Mid North Coast, before making its way to South Australia, which is where Jim found it, via eBay. “I wasn’t aware of the car’s history when I first saw it,” says Jim. “It just caught my eye and I grabbed it.” 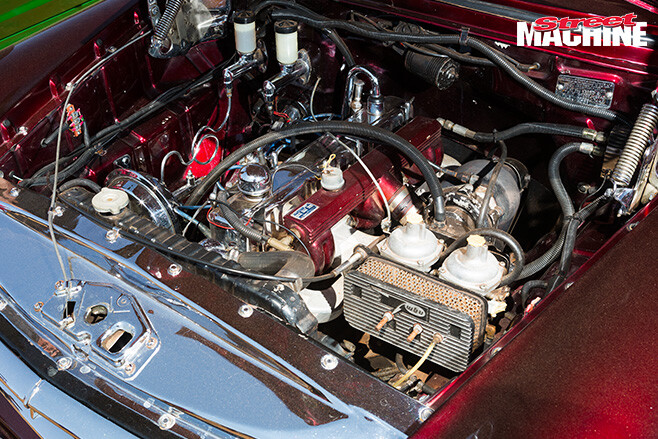 While the candy paint is showing its age in places, the car is stunning condition overall. “Mechanically all I’ve done is replace the manual gearbox with a Powerglide and fit a new starter motor. It goes really well with the turbo! 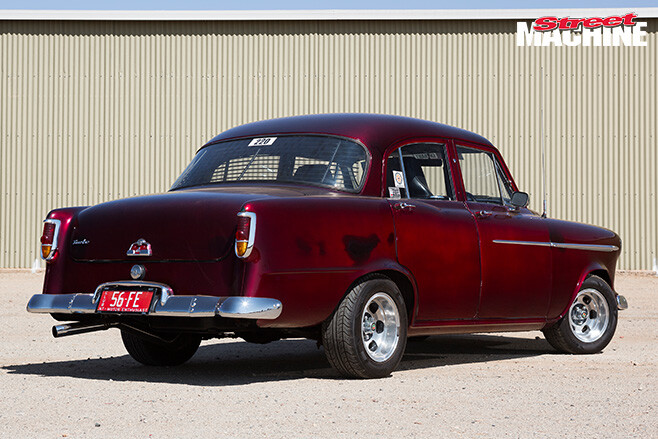 “We had it at the Katherine Show recently and won People’s Choice and Best Australian, says Jim. “It is a lot of fun. We’ve loved Red CentreNATS and we’ll be back next year with my one-tonner as well as the FE.”

It is always great to see a piece of street machining history so well-preserved and for those who weren’t around in 1985, here’s an abridged version of the original feature story to bring you up to speed on what the cool kids were building back when Bob Hawke was the PM:

AFTER an 18 month rebuild, Paul Falcone has created an FE that looks every bit a knockout among the street cars of 1985 as the old Holden Special sedan looked among the Pomboxes of the 50s. Lean, clean and just itching to rev its polished red head off. Who needs two-tone paintwork, a sun visor or even an Air Chief radio?