THIS year marks 50 years since Carroll Shelby introduced the original Shelby Mustang Super Snake of 1967, which was an even more hardcore version of the GT350 and GT500 models. To mark the occasion, Shelby American is celebrating the only way it knows how – with a lot of horsepower and a lot of noise. 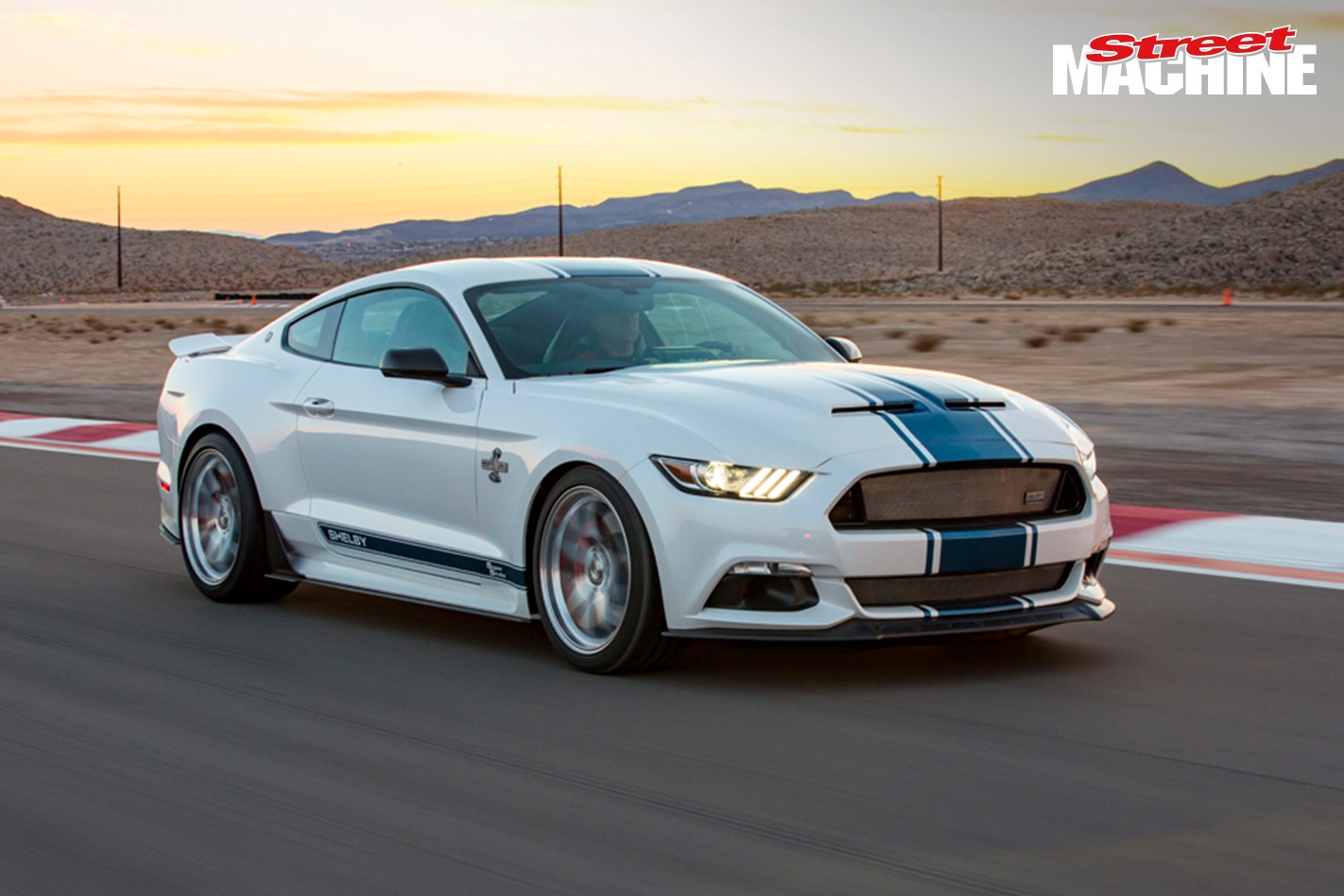 Essentially Shelby takes a standard 5.0-litre Coyote-powered Mustang, feeds it a bunch of ’roids then leaves it alone to fester a little. The result is one pretty angry ’Stang in form of the supercharged 2017 Shelby Super Snake. The ‘standard’ Super Snake stacks a Ford Performance intercooled blower atop the standard V8 and makes a cool 670hp, plus they tickle the brakes and suspension – this is basically what Herrod Performance sells here in Australia, just without the body alterations and upgraded brakes. 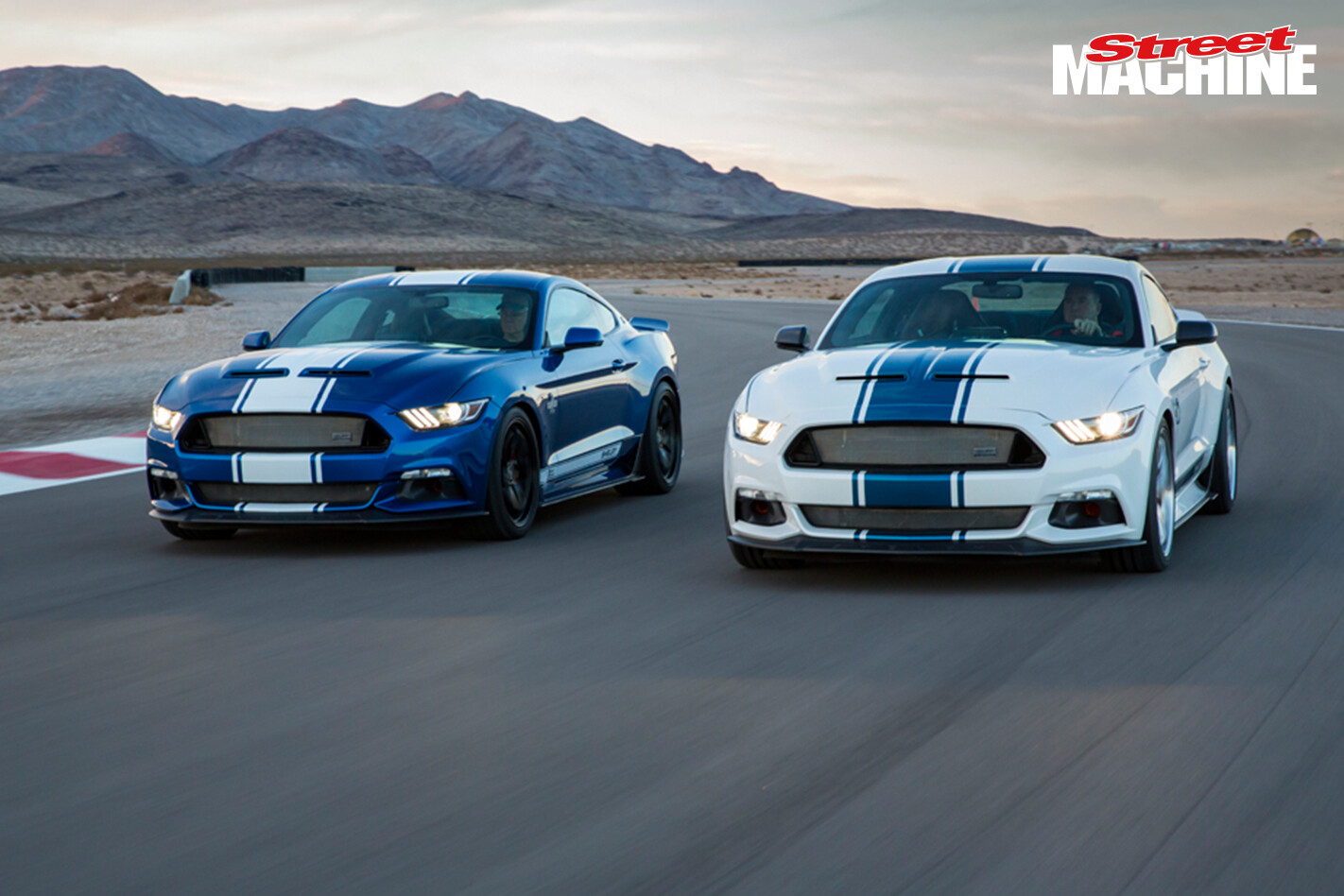 If 650hp sounds a bit tame, you can tick an option box that adds a Whipple or Kenne Bell supercharger instead, and with this set-up you get a monstrous 750hp. On pump gas, street tyres and fitted with an automatic trans, Shelby reckons this 750hp Super Snake can crack 60mph in 3.5 seconds and run a 10.9-second quarter-mile. 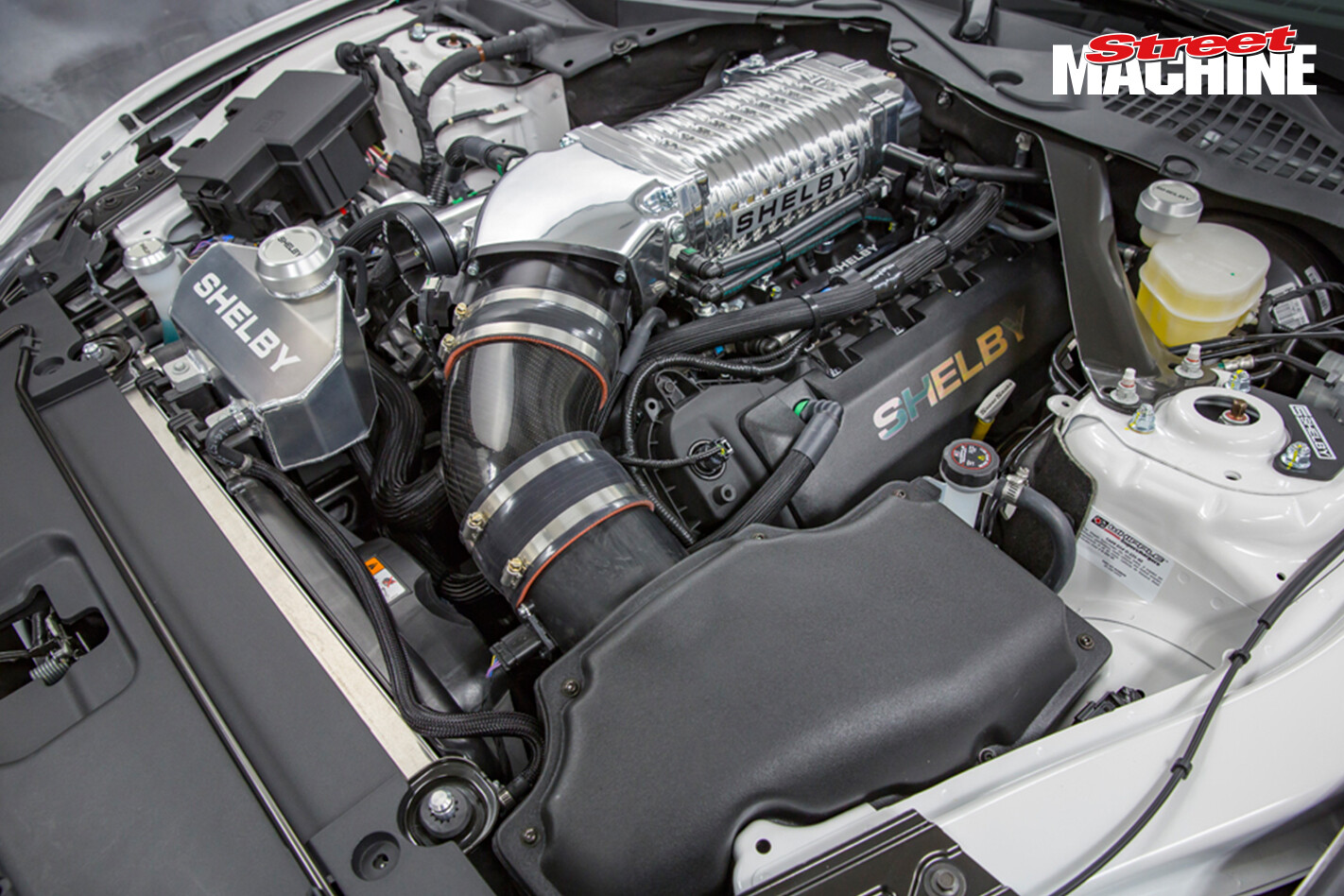 Shelby don't just throw a heap of power at the Mustang and leave you to figure out the handling and stopping bits – or just have a giant accident – either, because they have made improvements there as well. Shelby Wilwood brakes with six-piston front calipers and four-pot rears have been fitted, along with a bunch of suspension upgrades from Ford Performance, including forged 20-inch alloy wheels. Plus there are the aesthetic trinkets like the custom bonnet, rear spoiler and front and rear splitters. 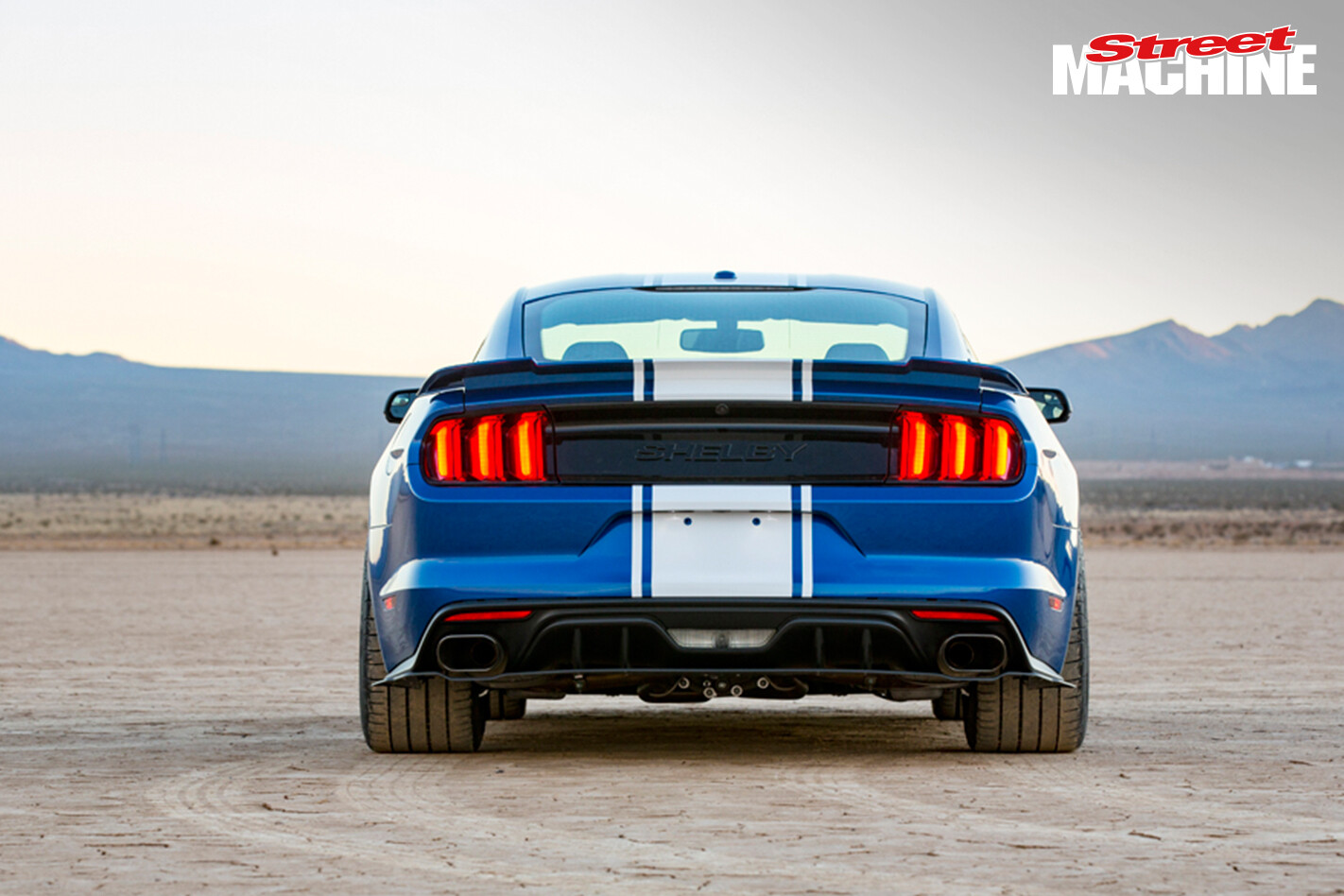 That’s just for the standard 670hp Super Snake; if you upgrade to the 750hp version you get what they call the ‘Shelby Extreme Cooling system’, Ford Performance half-shafts, an upgraded transmission cooler for the auto, one-piece driveshaft and Ford Performance wheel studs. On top of that you can choose to add 3.73 diff gears, a short-throw manual shifter, four-point rollcage with harnesses and rear seat delete for the full track special. 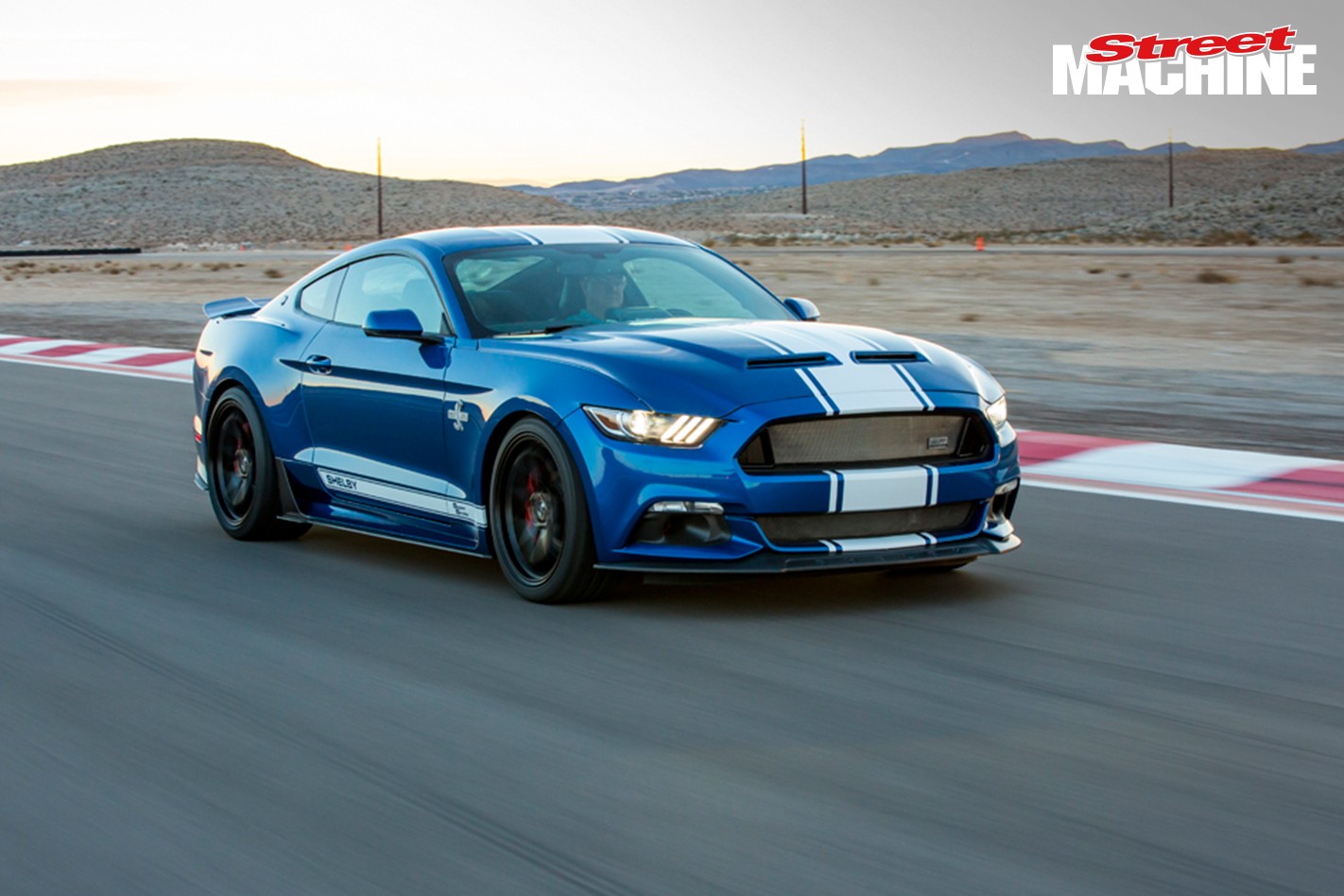 By now you’re probably wondering about the price. The package starts at US$36,795 for the 670hp version – and that’s on top of the cost of your base car. So all up you’re looking at about US$70,000. As for the 750hp version, that’s a bit more, though Shelby won’t say exactly how much. Five-hundred 50th anniversary Super Snakes will be built in total.